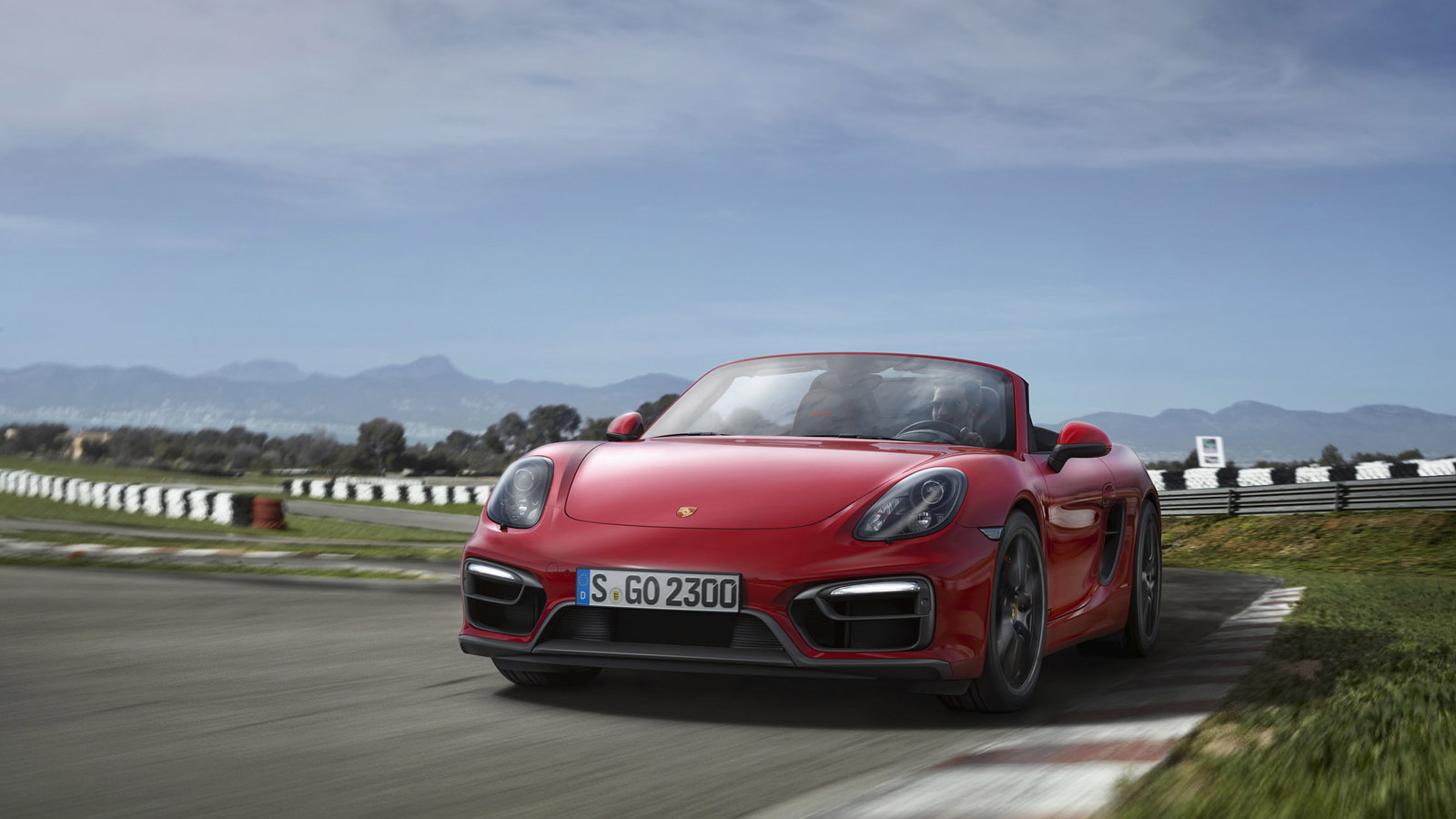 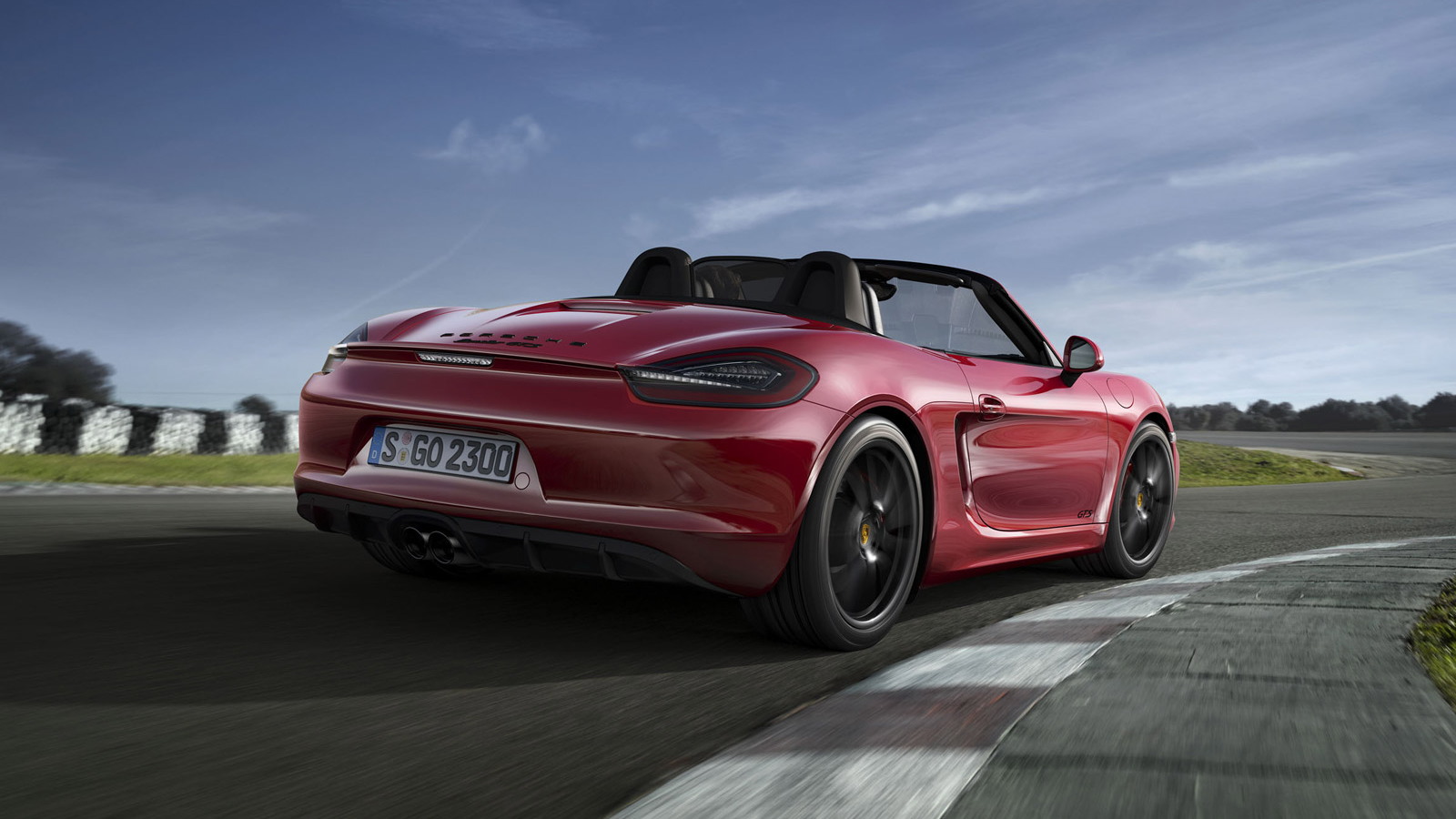 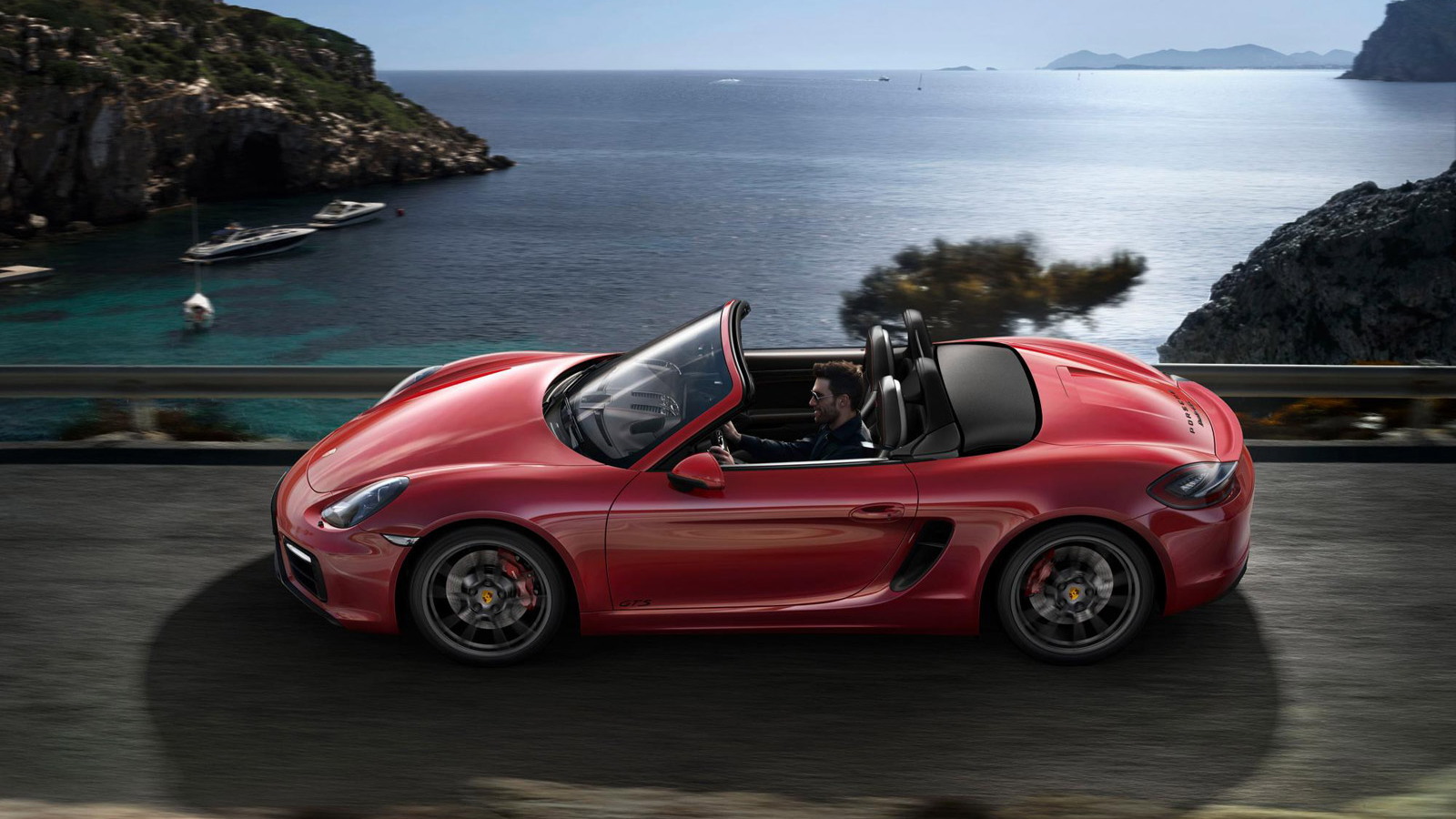 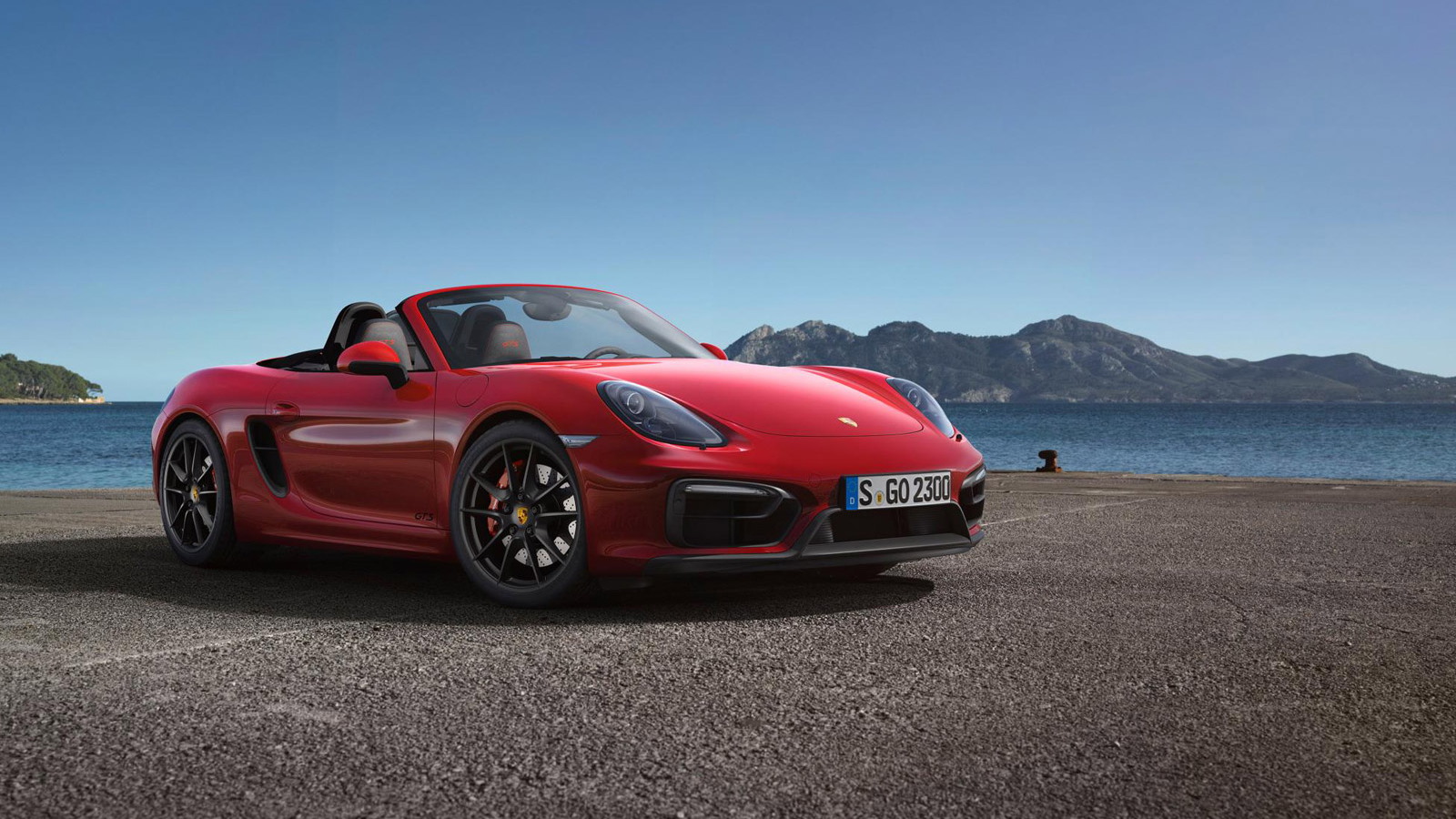 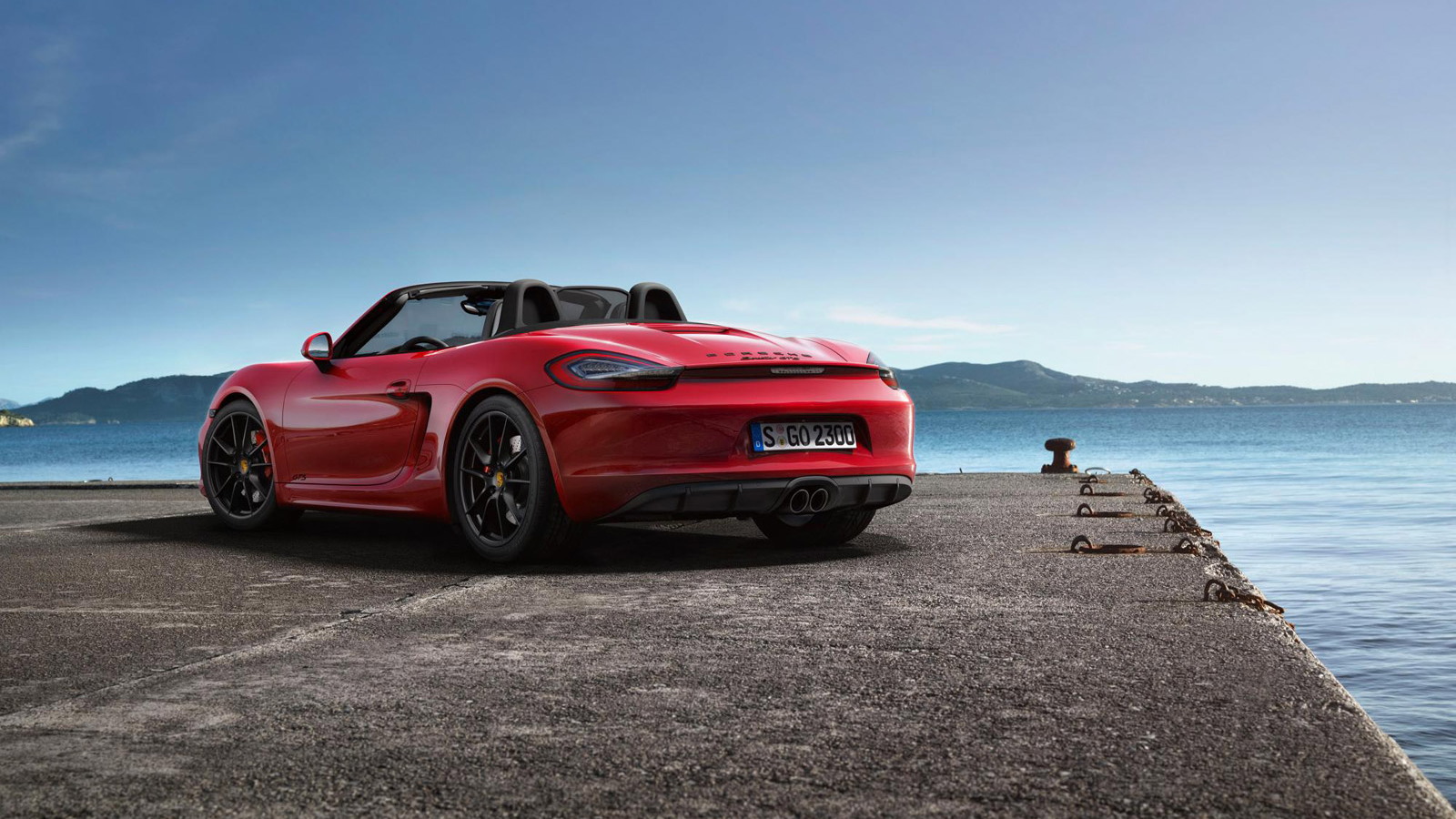 12
photos
The latest Porsche Boxster and Cayman are two of the most capable sports cars on the planet. In fact, both have been voted Motor Authority’s Best Car To Buy in recent years. However, never one to rest on its laurels, Porsche has now enhanced both cars by launching more potent ‘GTS’ versions.

Porsche’s GTS models are aimed at buyers after something sportier than the regular S models, and typically feature more power under the hood, unique styling treatments and a number of extras in the cabin. Short for Gran Turismo Sport, Porsche first applied the GTS badge on its legendary 904 Carrera GTS in 1963. Since then the appellation has been used for a handful of models including the 924 GTS and 928 GTS of the 1980s and ‘90s, and in more recent times for the previous 997-series 911 and the latest Cayenne and Panamera.

Both the Boxster GTS and Cayman GTS feature the 3.4-liter flat-six engine from the respective S models, and here it's been tuned to deliver an additional 15 horsepower and 7 pound-feet of torque for both. This means the Boxster GTS is delivering 330 hp and 273 lb-ft of torque, while the Cayman GTS is good for 340 hp and 280 lb-ft.

Further emphasizing the distinctive character of the GTS models is the addition of Porsche’s Sport Chrono package and Porsche Active Suspension Management (PASM) as standard. These offer the driver the opportunity to not only modify the damper stiffness, but also subtly change the throttle characteristics of the engine. The Sport Chrono package also includes dynamic engine mounts, which stiffen automatically under acceleration, cornering or braking in order to reduce the effects of mass transfer during dynamic maneuvers, thus helping to improve agility. An optional sports chassis setup can also be fitted, which lowers the car by 20 millimeters.

A six-speed manual is standard on both, but the Porsche PDK dual-clutch transmission is the quicker option here. With the latter equipped and Launch Control activated, the Boxster GTS will sprint to 60 mph from rest in just 4.4 seconds. The Cayman GTS, meanwhile, needs just 4.3 seconds to achieve the same feat. Top speed for the Boxster GTS is 174 mph with the manual, and 177 mph for the Cayman GTS, also with a manual. No top speed figures for cars with the PDK have been given.

Onlookers will able to recognize the GTS models by their darkened wheels, which measure 20 inches across. The cars also feature bi-xenon headlights with darkened surrounds, new bumpers at both ends, a sport exhaust with black tips, and black lettering. For the cabin, the GTS models get sports seats, leather trim and Alcantara accents.

The Porsche Boxster GTS and Cayman GTS will likely be shown to the public for the first time at April’s 2014 New York Auto Show as sales are scheduled to commence this summer. Pricing for the Boxster GTS is set at $74,495, and comes in at $76,195 for the Cayman GTS. Both prices include a $995 destination charge.