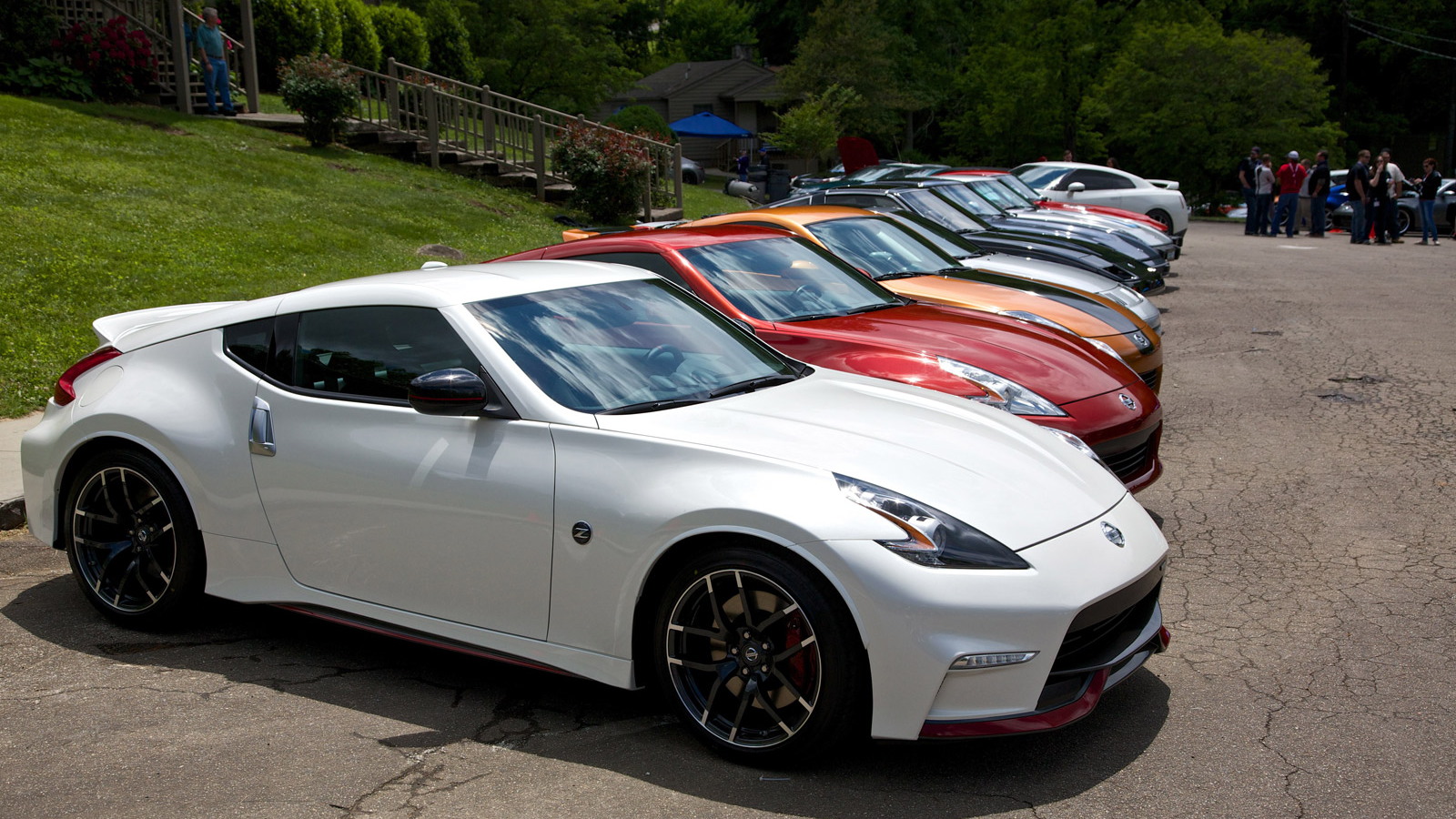 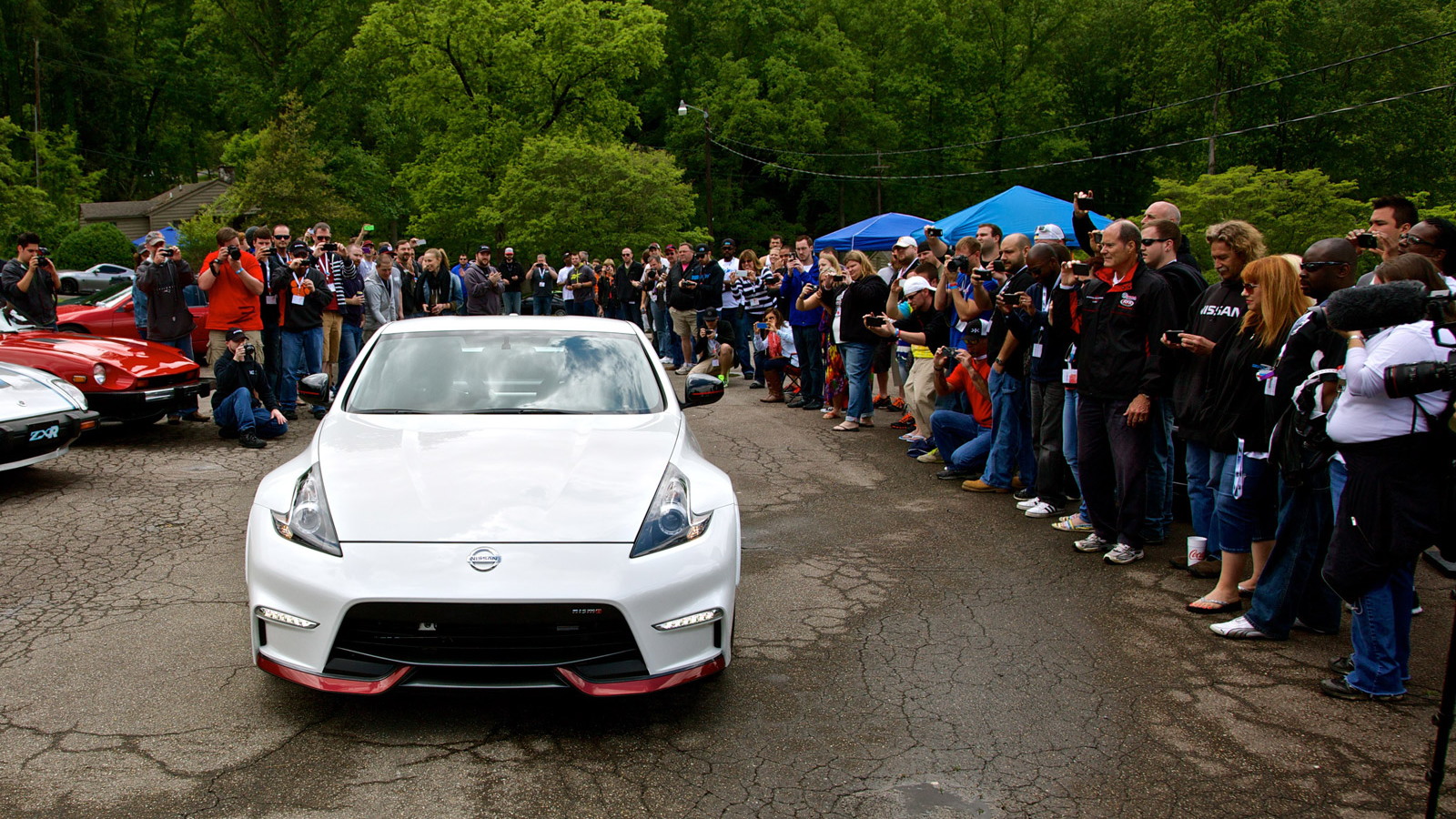 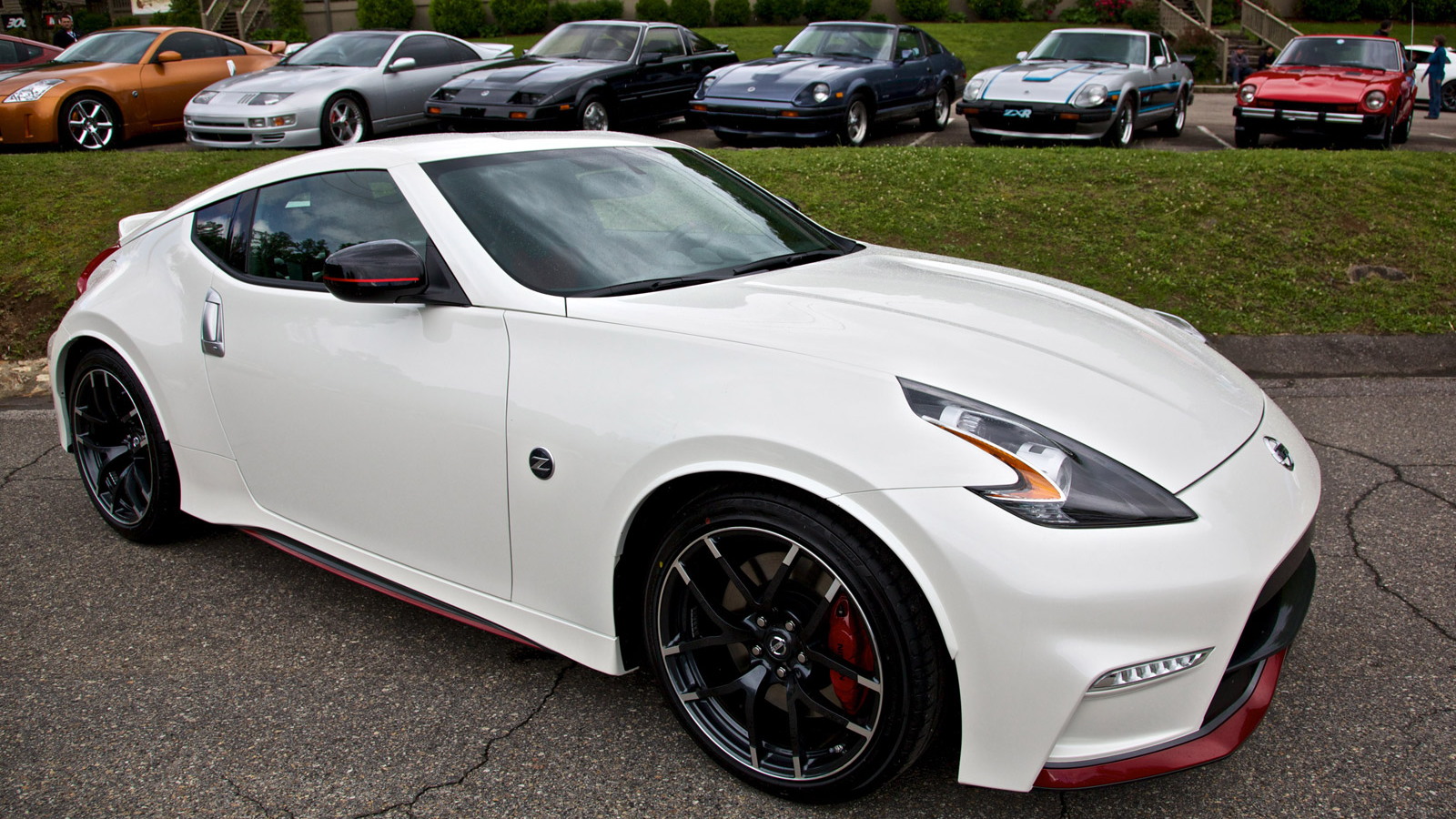 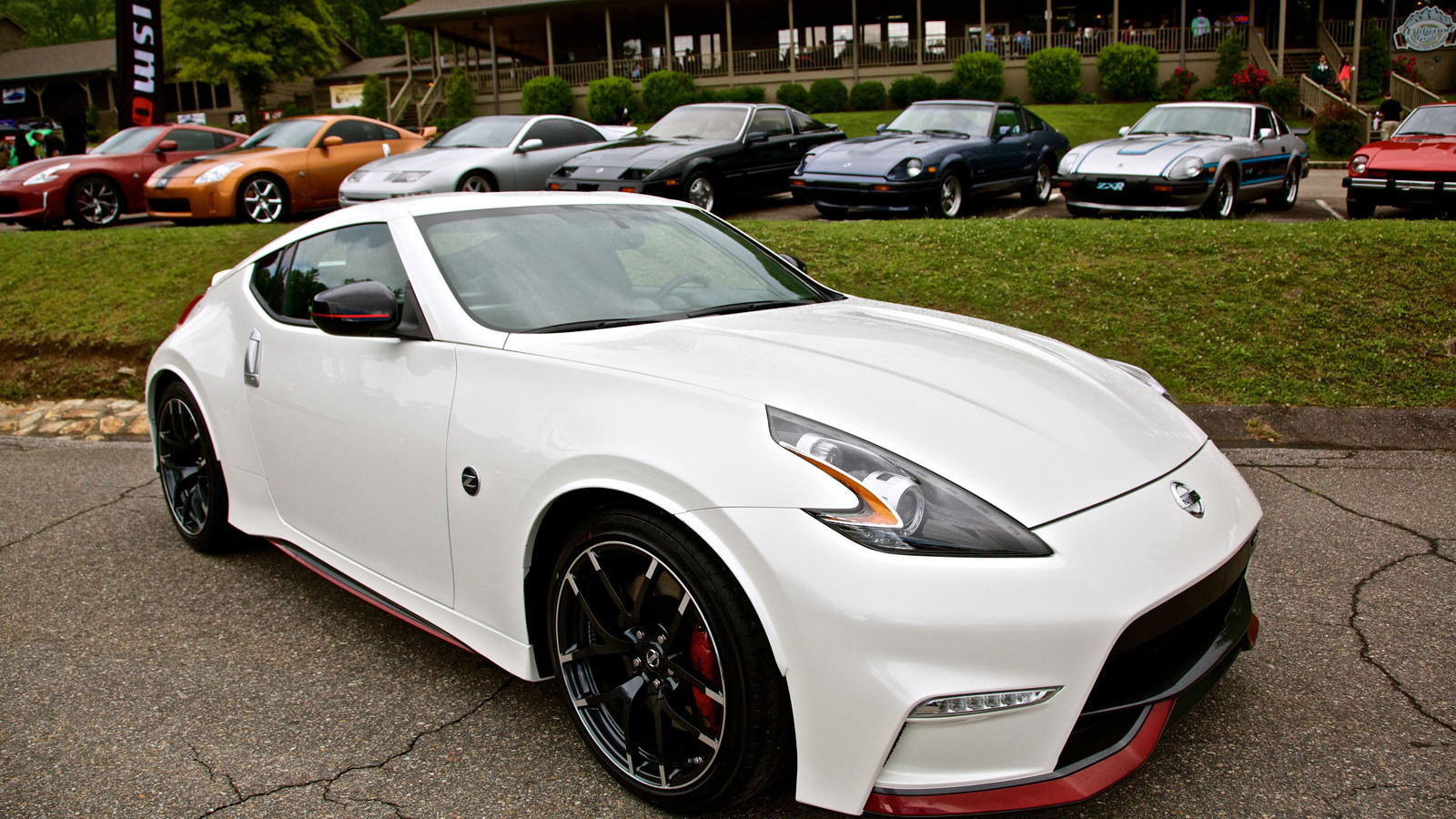 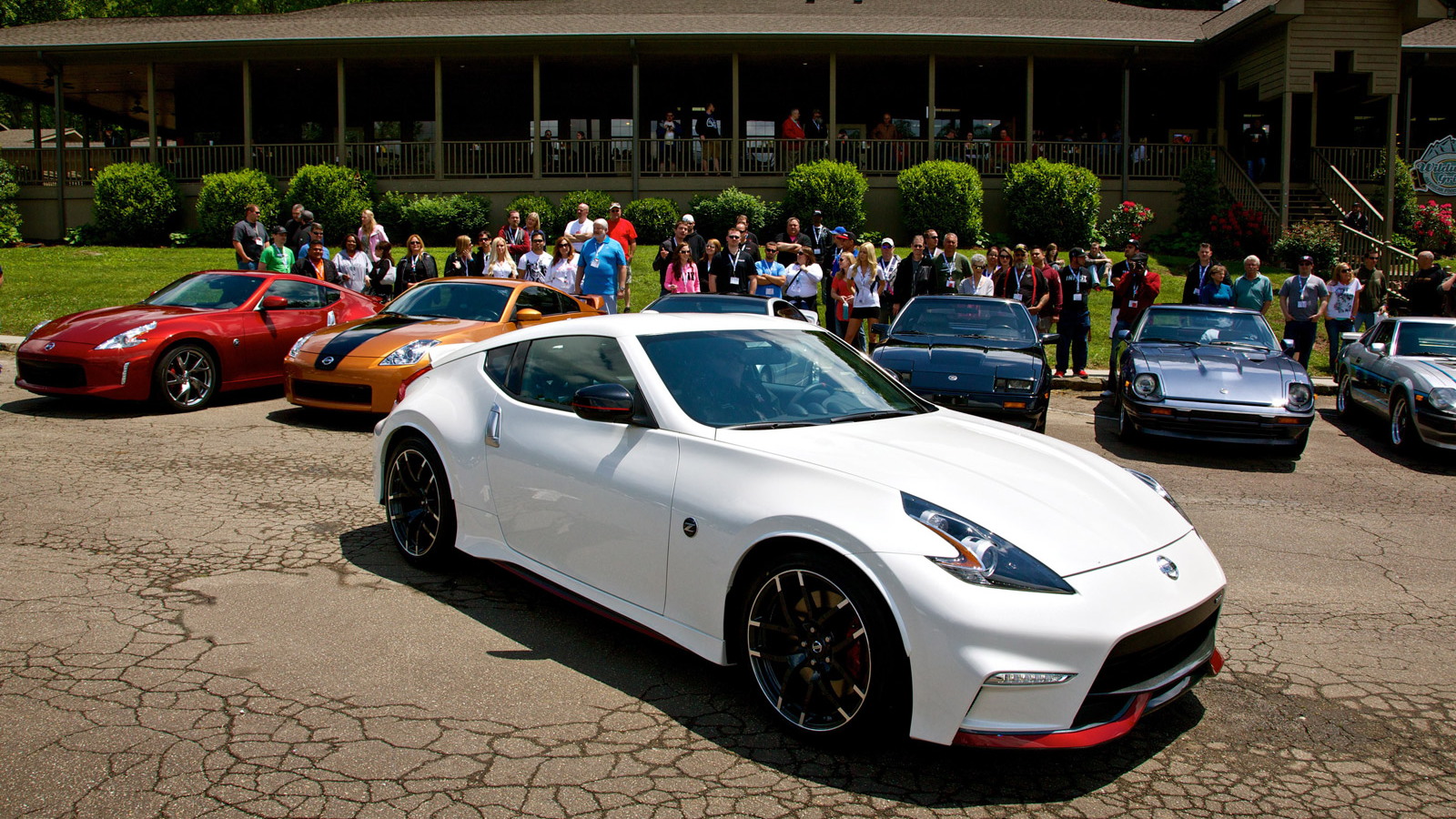 26
photos
Nissan surprised fans at the recent ZDayZ gathering in North Carolina with the unveiling of the 2015 Nissan 370Z NISMO, and we now have some photos and a video taken at the event. The 370Z already had a NISMO variant but now the car’s styling has received the aggressive new look the NISMO performance division is implementing across its range, with vehicles like the Juke NISMO and GT-R NISMO having already received the treatment.

Its GT-R-inspired functional and fully integrated aerodynamic body pieces have been redesigned to provide an aggressive and more aerodynamic appearance—as well as optimizing front and rear downforce. Key changes include a new, deep front fascia with LED daytime running lights, blacked-out headlight bezels, NISMO badging, and red accents all ‘round. The unique NISMO rear spoiler has also been reshaped and downsized.

Unfortunately, there have been no upgrades under the hood. This means power still comes from Nissan’s venerable 3.7-liter V-6, which in the 370Z NISMO has been tuned to deliver 350 horsepower and 276 pound-feet of torque. Hopefully we’ll see Nissan launch a 370Z NISMO RS soon and pack it with a few more horses. The good news is that the 370Z’s seven-speed automatic transmission is available as an option for the first time on the NISMO-enhanced model, which should increase the car's appeal.