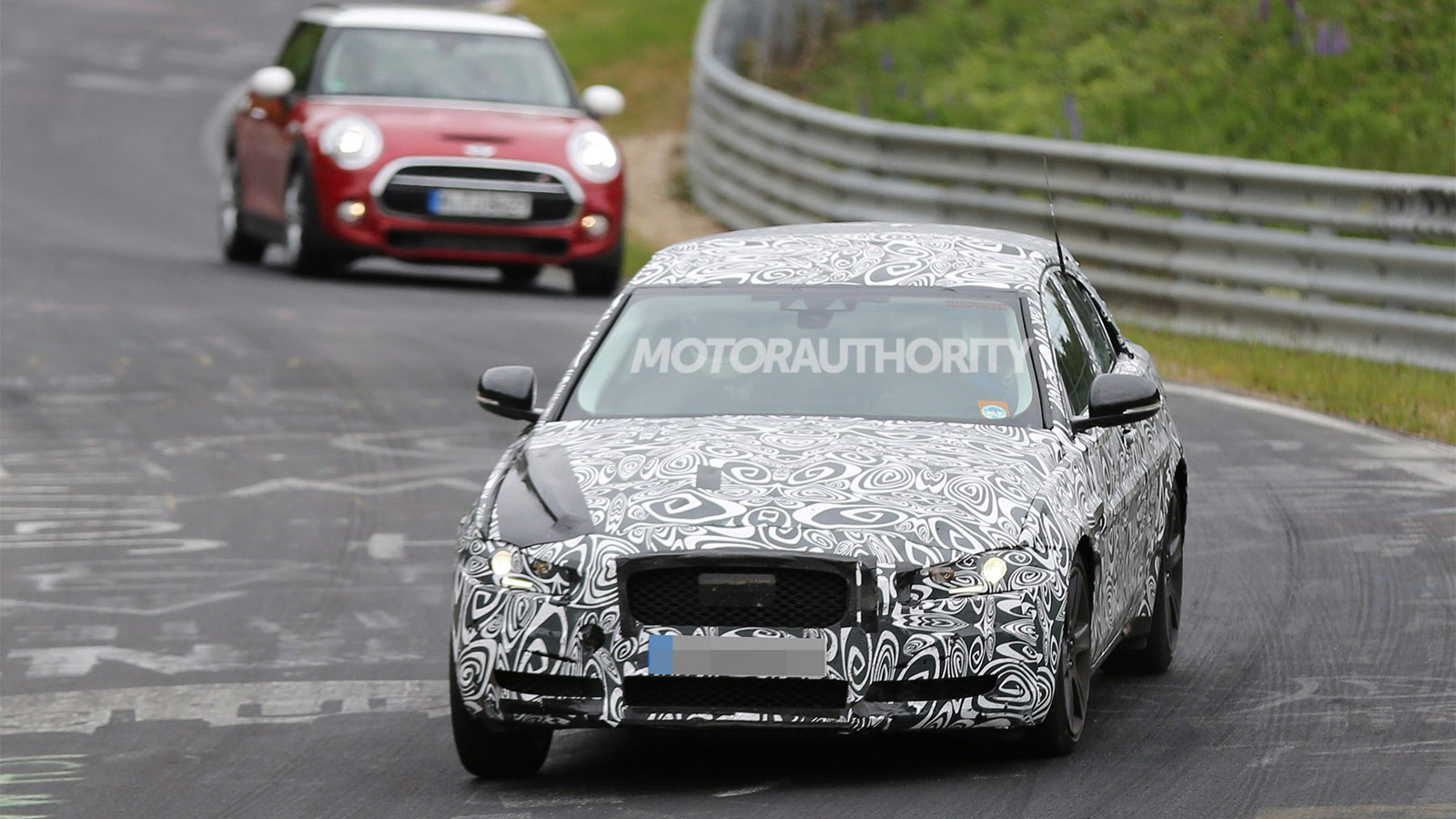 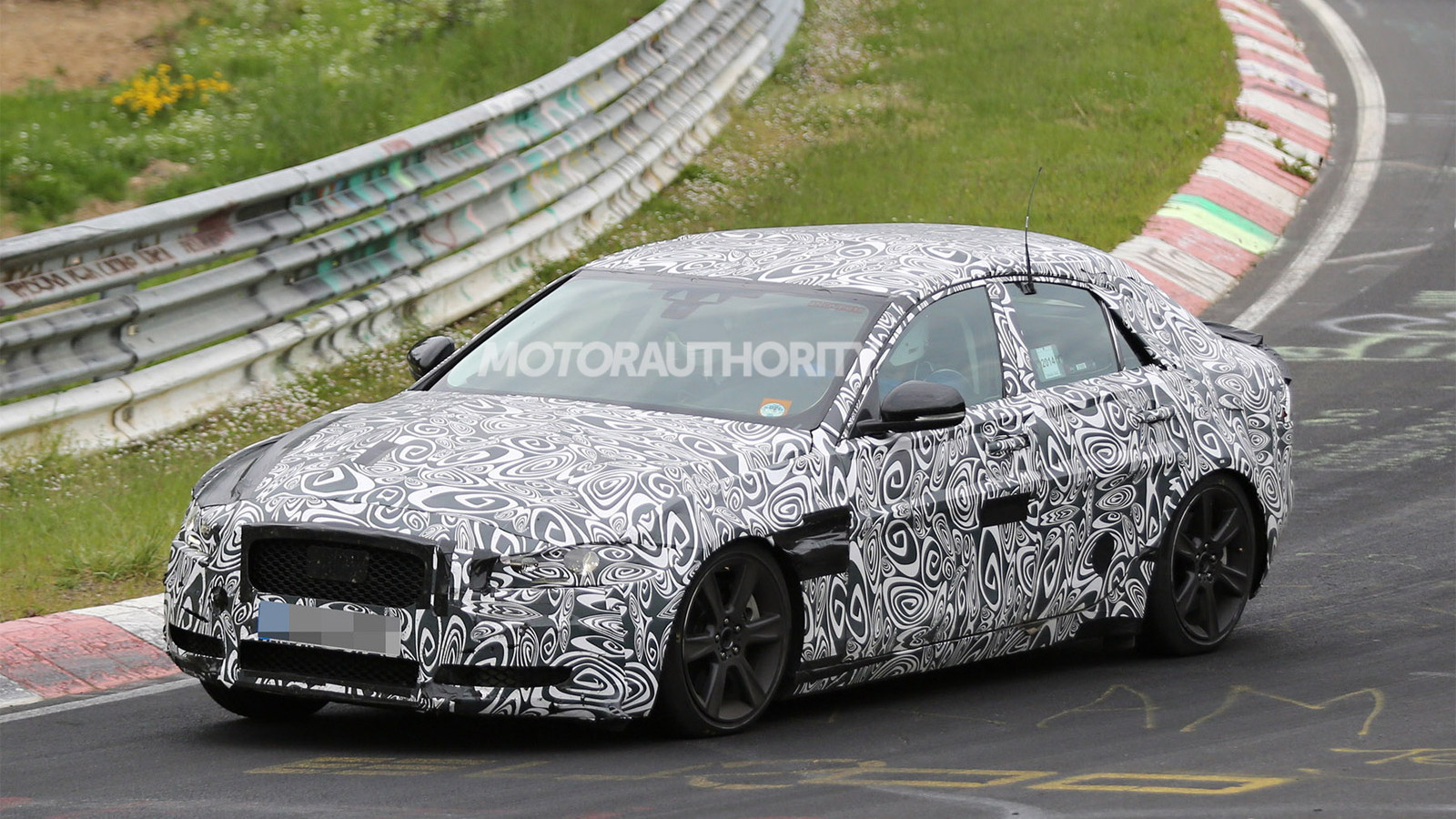 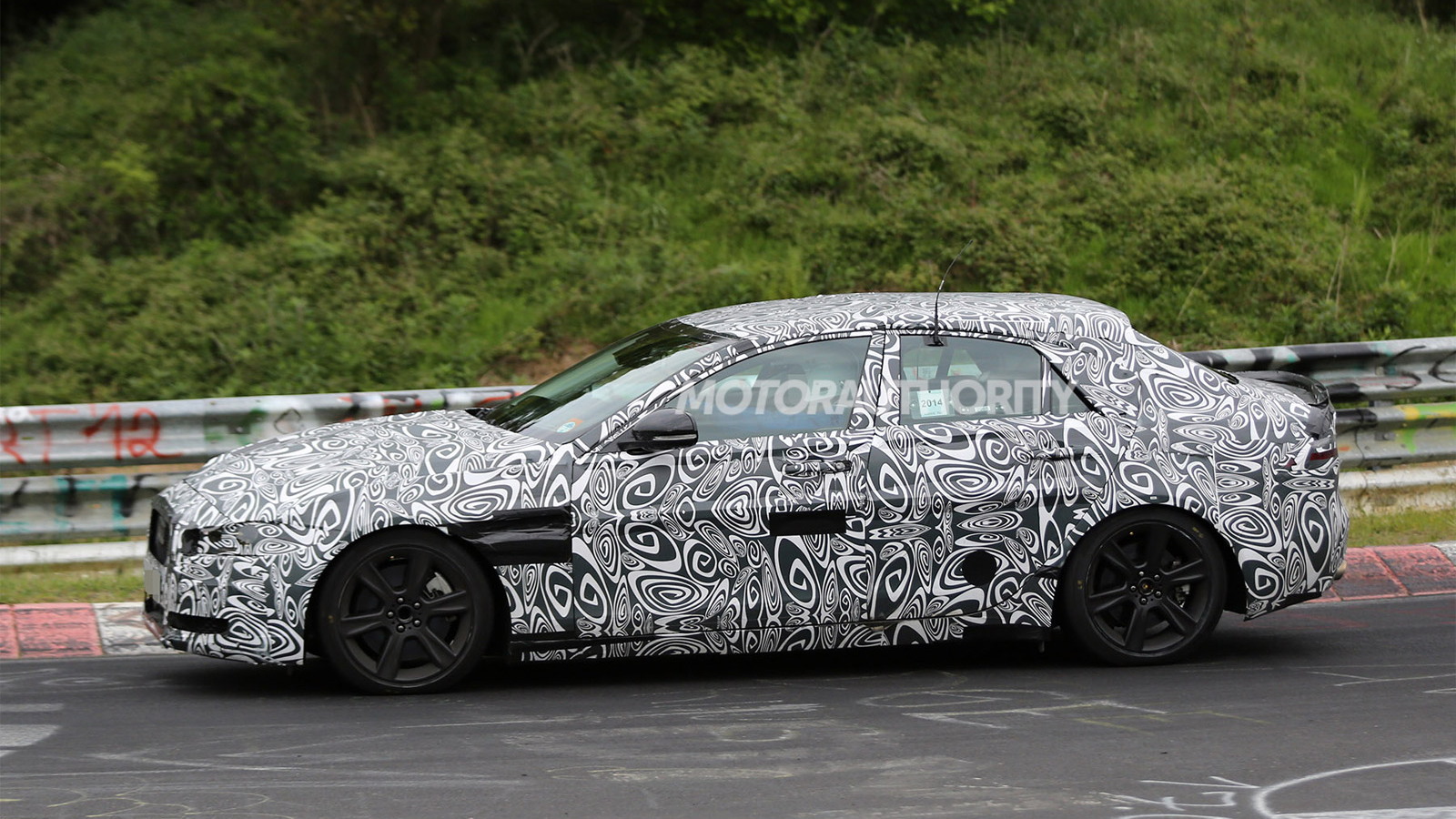 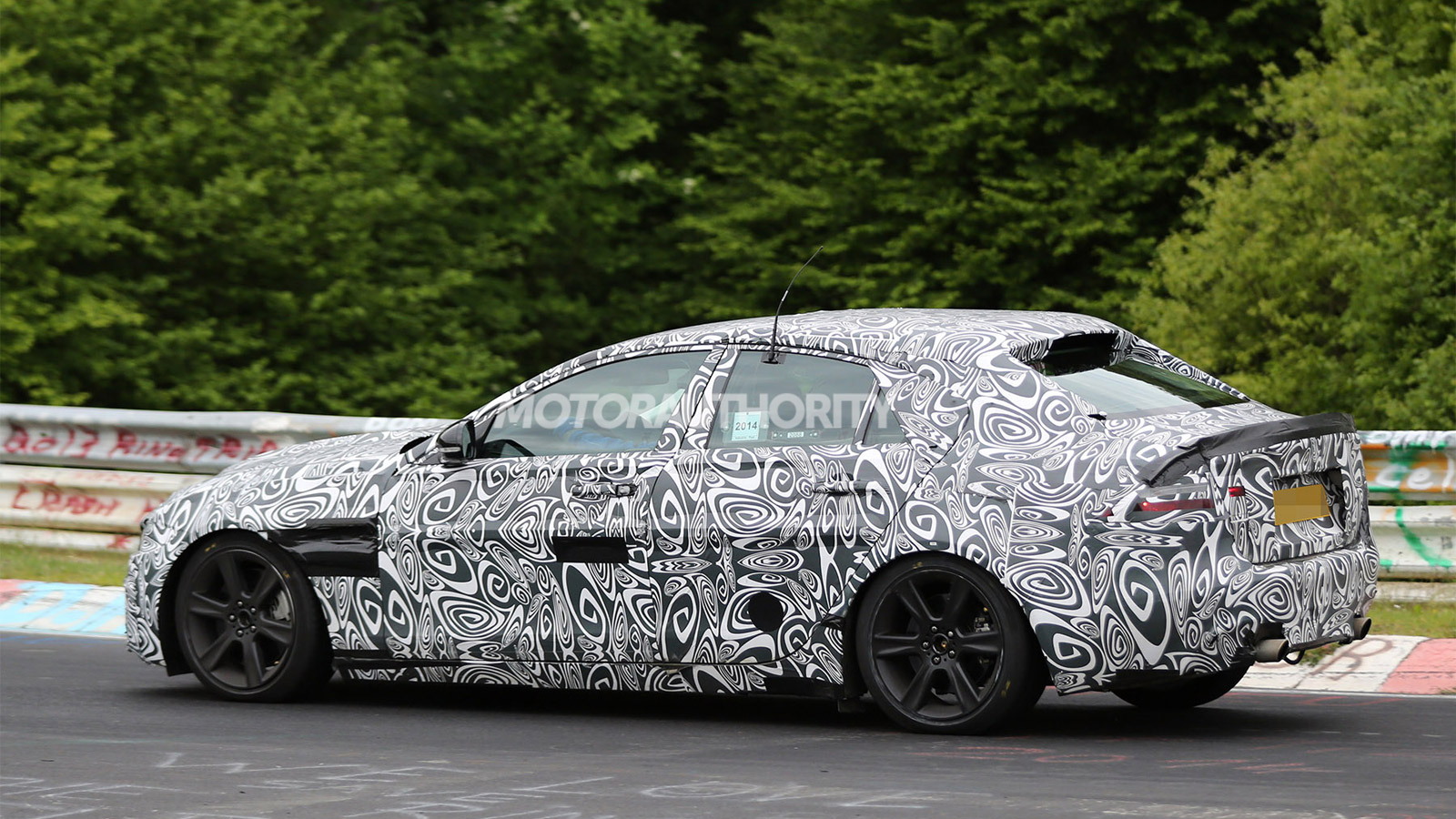 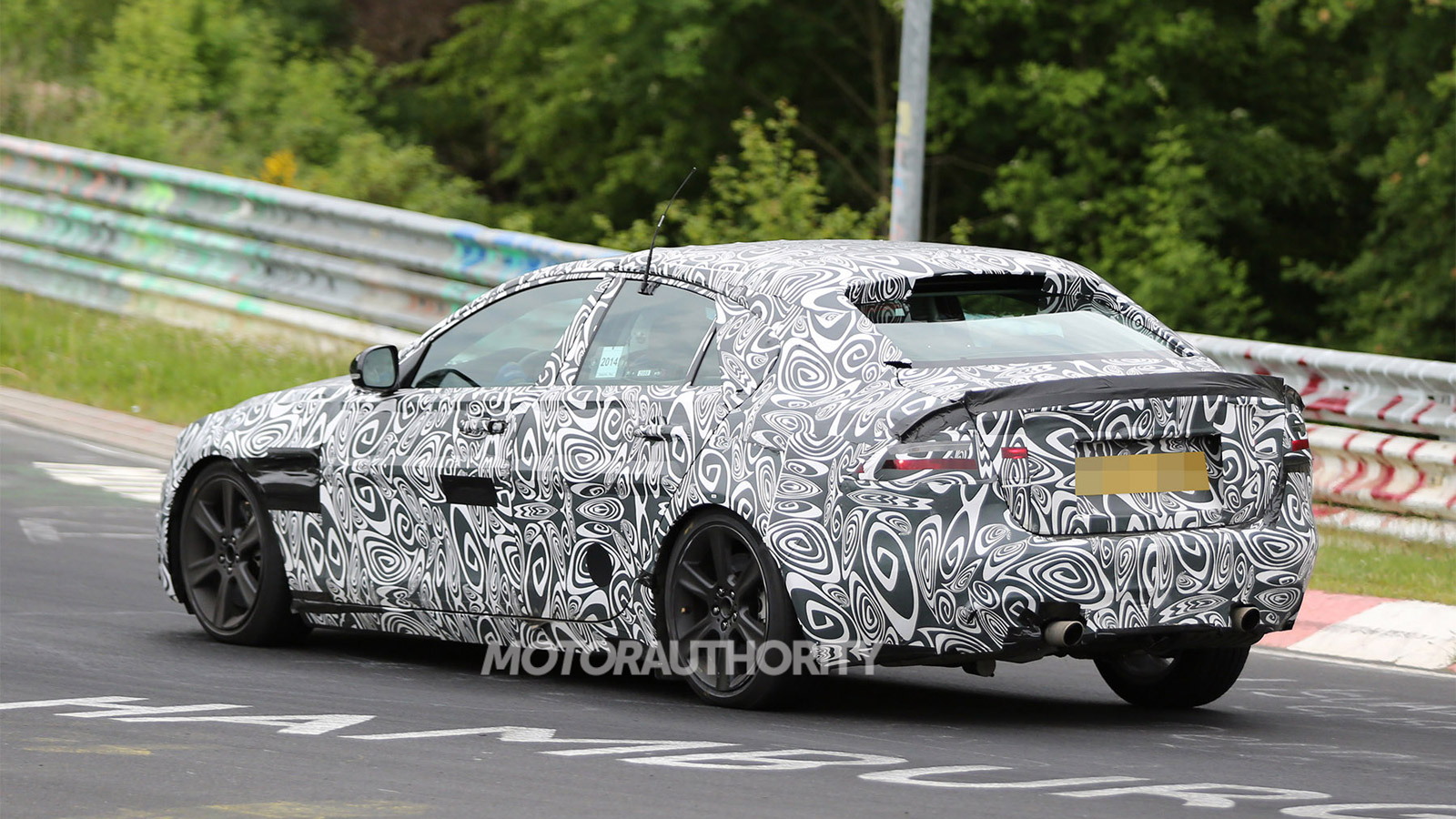 41
photos
Jaguar is now in the latter stages of development of a small sedan that will target the likes of the BMW 3-Series and Mercedes-Benz C-Class, and spy shots of a prototype wearing the production version’s sheet metal have surfaced yet again. The new car was recently confirmed to be called the XE, and it’s set to be revealed later this year before going on sale in Europe in 2015. Unfortunately, Jaguar has confirmed that the XE won’t arrive in the U.S. until 2016.

A couple of teaser shots released by the automaker shows that the styling of the XE will borrow elements from the XF but also feature some sharper lines. The final design is said to be wide, low and very sporty. Don’t worry about the frumpy rear section on this prototype as most of it is added material designed to fool onlookers.

Underpinning the XE will be a brand new aluminum platform code-named iQ[Al]. The platform has some commonality with the Premium Lightweight Architecture (PLA) found in latest Land Rover Range Rover models and was first previewed in Jaguar’s C-X17 crossover concept at the 2013 Frankfurt Auto Show.

So far iQ[Al] has only been confirmed for the XE, but there will be at least three other models spawned from it, including the next-generation XF. Other models spawned from the iQ[Al] platform will be a production version of the C-X17 crossover, a prototype for which has already been spotted, as well as some likely derivatives of the XE such as a wagon or perhaps even a sporty coupe.

Powered by a range of Ingenium 2.0-liter four-cylinder gasoline engines (and diesels, too), as well as the V-6 engine from the F-Type, the XE should match the Germans and Americans in the sport sedan segment step-for-step—while wrapping the car in Jaguar’s archetypally attractive metal. Rear-wheel drive will come standard, though customers will be able to opt for all-wheel drive. The standard transmission, meanwhile, should be an eight-speed automatic.

Stay tuned for updates as development of the Jaguar XE sedan continues.