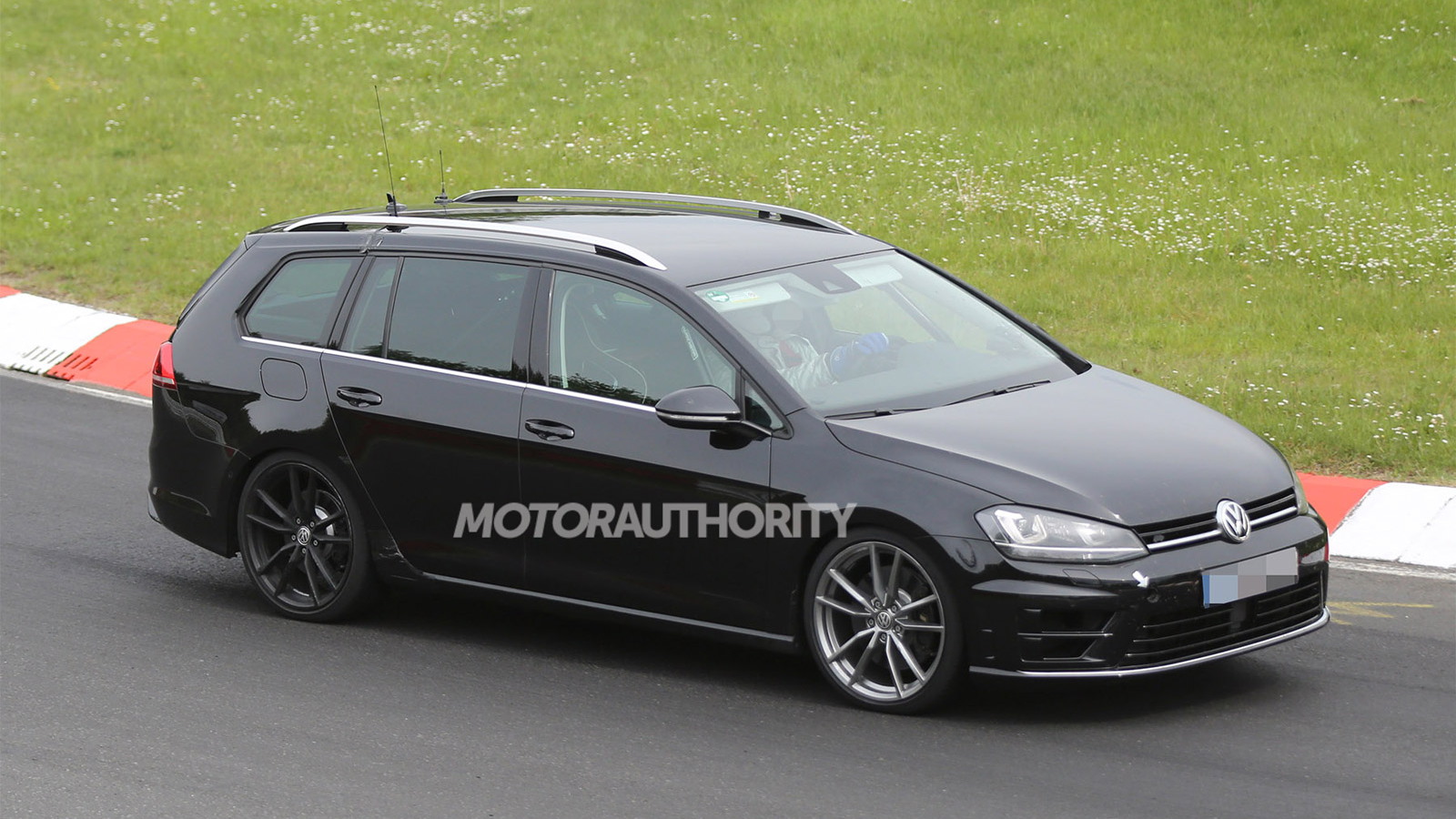 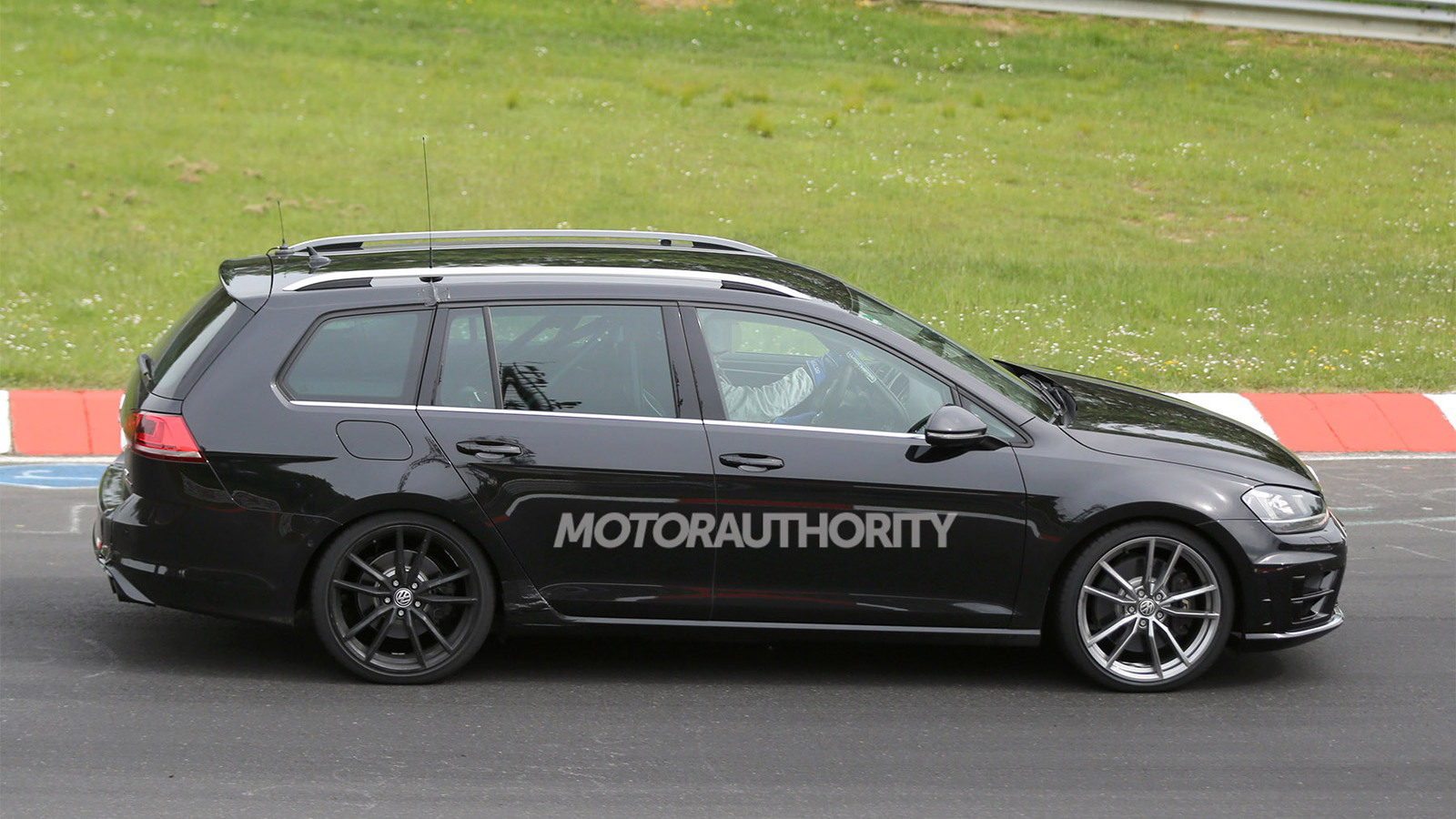 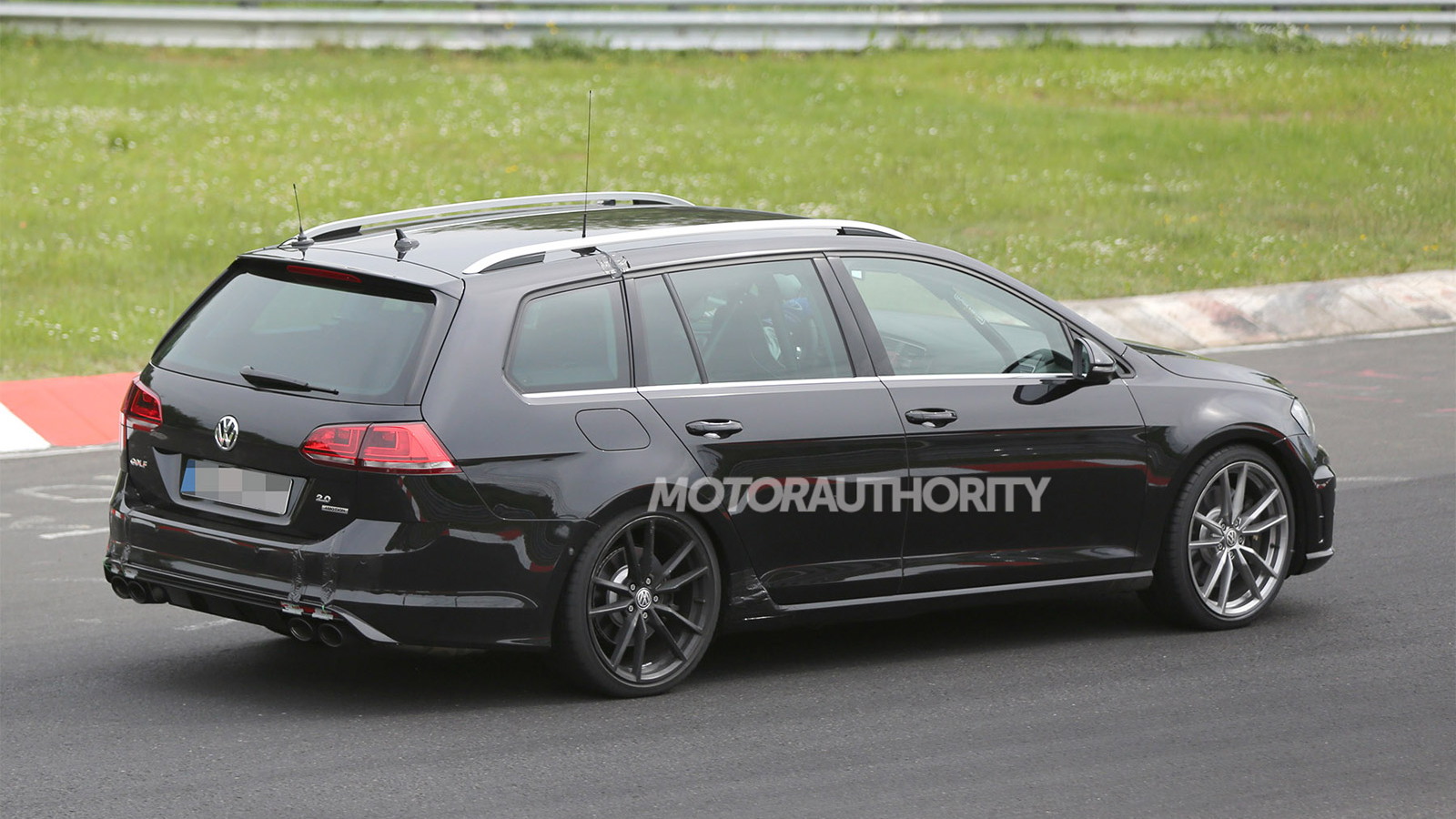 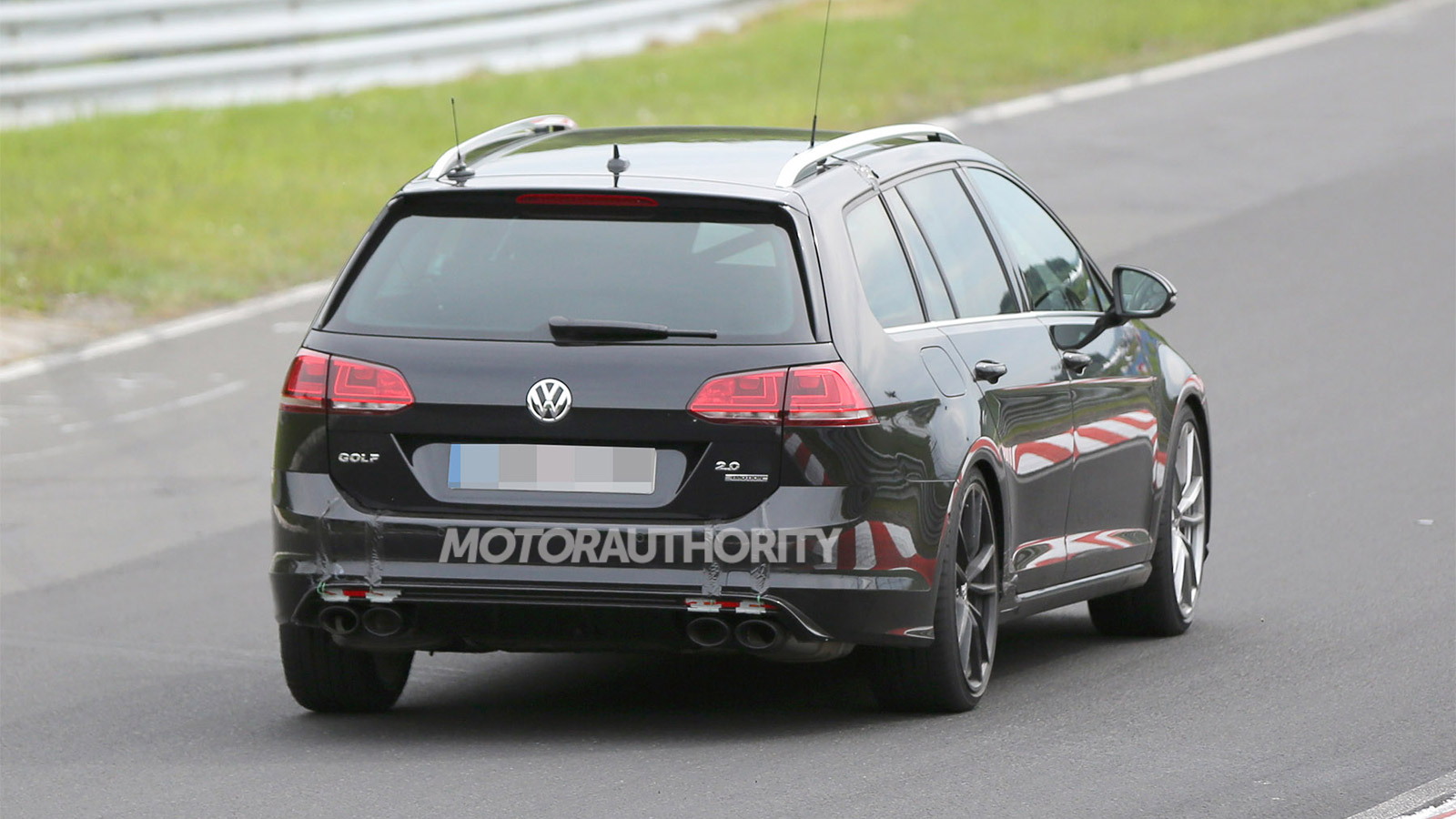 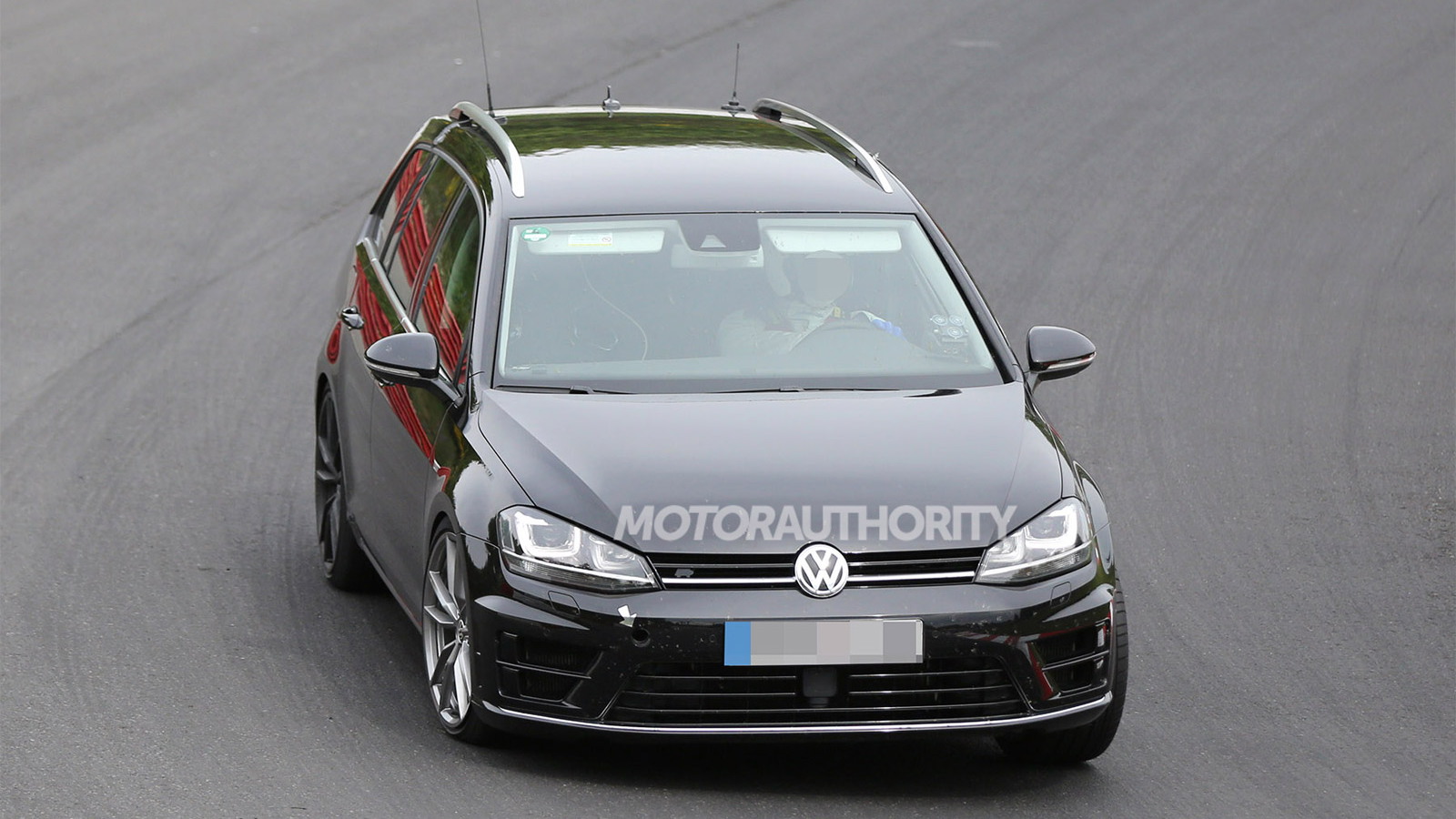 24
photos
Volkswagen is developing a new wagon version of its upcoming 2015 Golf R hot hatch, as evidenced by spy shots of a prototype testing at the Nürburgring and on some of the German race track’s surrounding roads. Although it's based on the latest Golf SportWagen, which has been confirmed for U.S. showrooms, the high-performance Golf R wagon is an unlikely candidate for local sale... even though we’re certain it could find a loyal following in these parts.

The powertrain of the Golf R wagon should match the one in the Golf R hatch, meaning a 2.0-liter turbo four paired with either a six-speed manual or six-speed DSG dual-clutch transmission. VW’s 4MOTION all-wheel-drive system will be fitted as standard along with the automaker’s XDS+ differential lock front and rear. The engine in the 2015 Golf R hatch is rated at 290 horsepower and 280 pound-feet of torque, and in the Golf R wagon should help achieve 0-60 mph times of about 5.0 seconds.

A market launch in Europe for the Golf R wagon is expected to take place in early 2015, with the vehicle likely to be called the Golf R Variant (the Golf SportWagen is konwn as a Golf Variant overseas).

Note, VW is believed to be also working on a more potent version of the Golf R, previewed by the Golf R 400 concept unveiled at the 2014 Beijing Auto Show. If built, the car should feature a more powerful engine, more aerodynamic styling and a series of weight-saving measures.