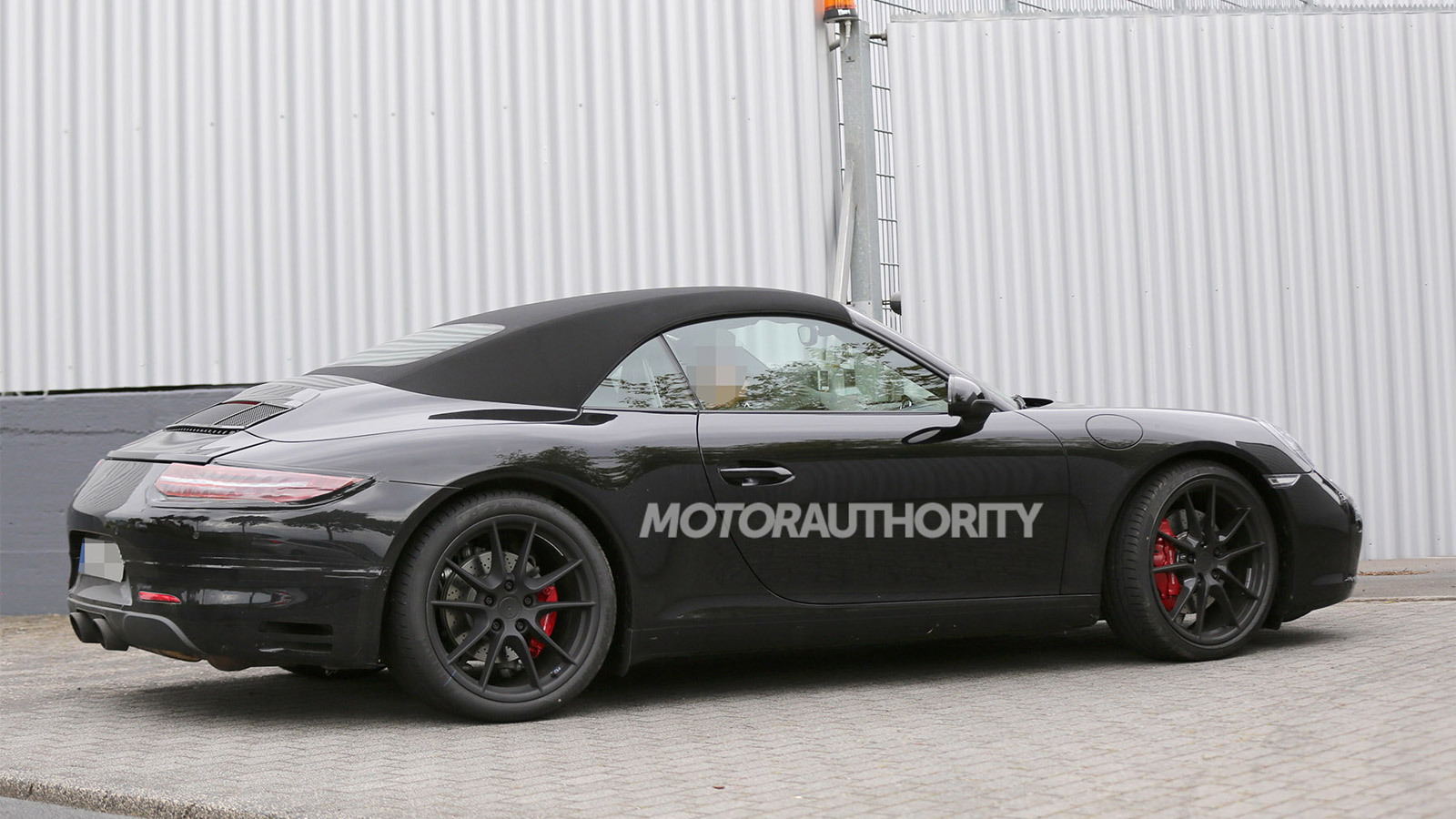 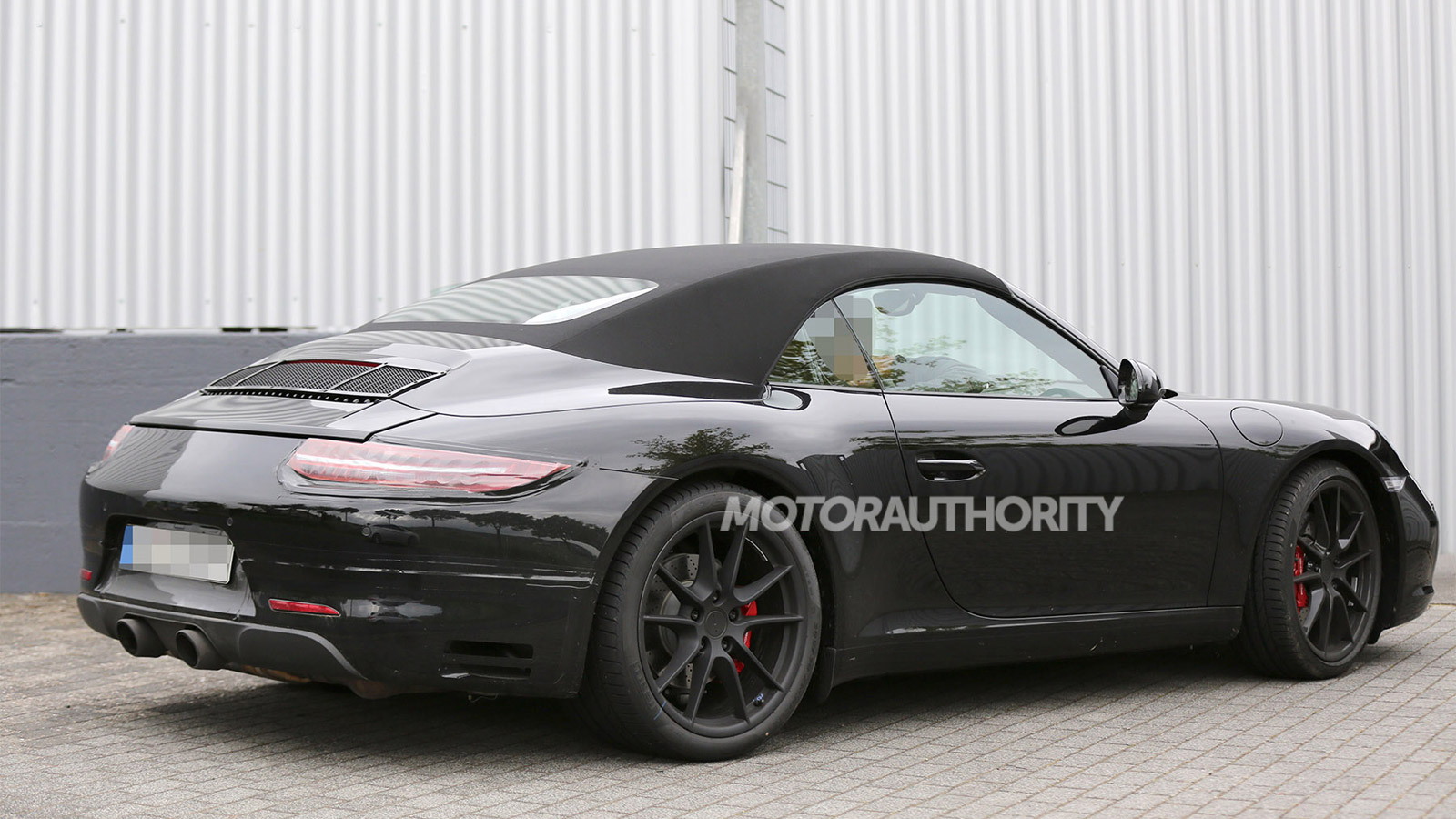 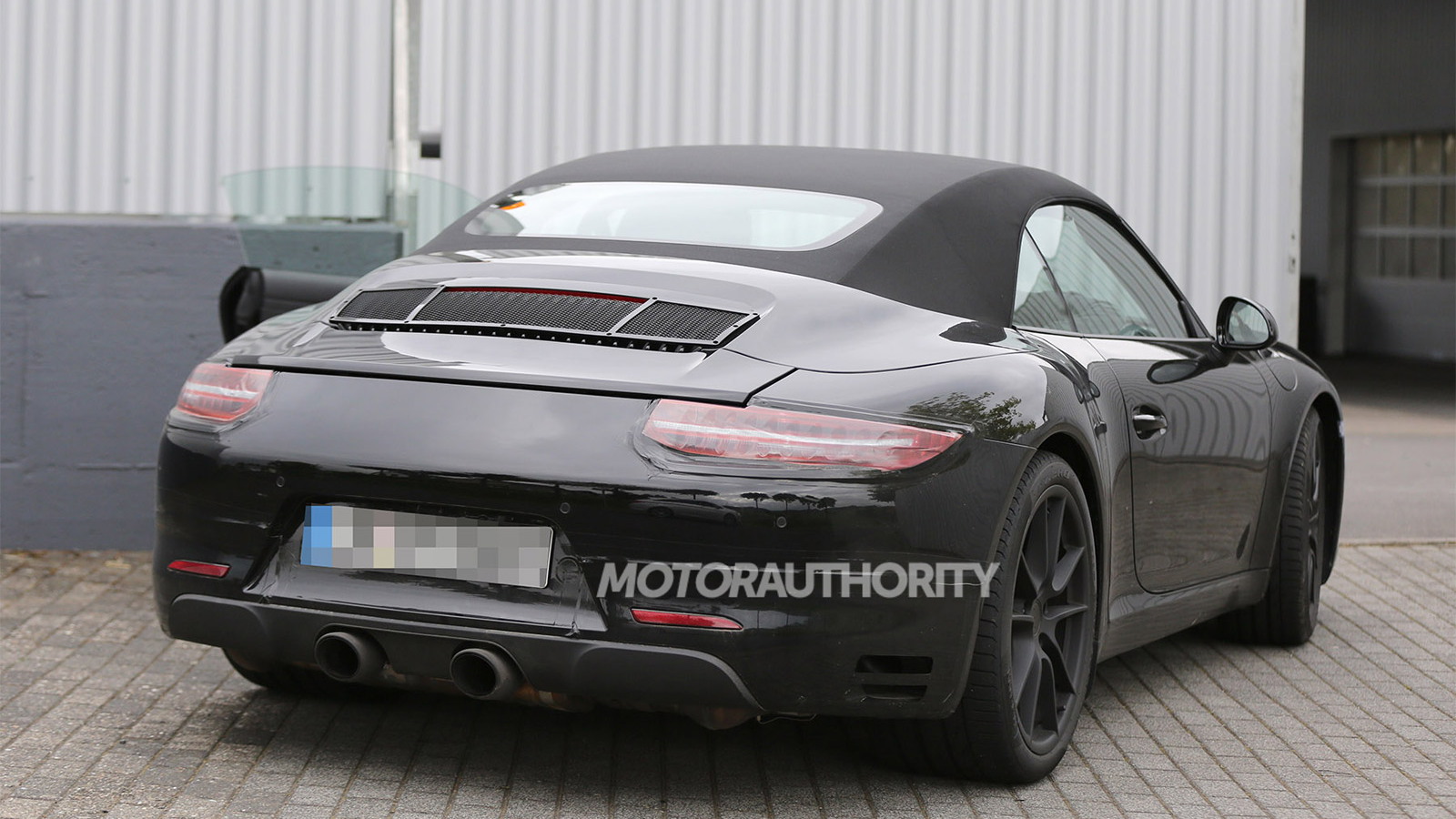 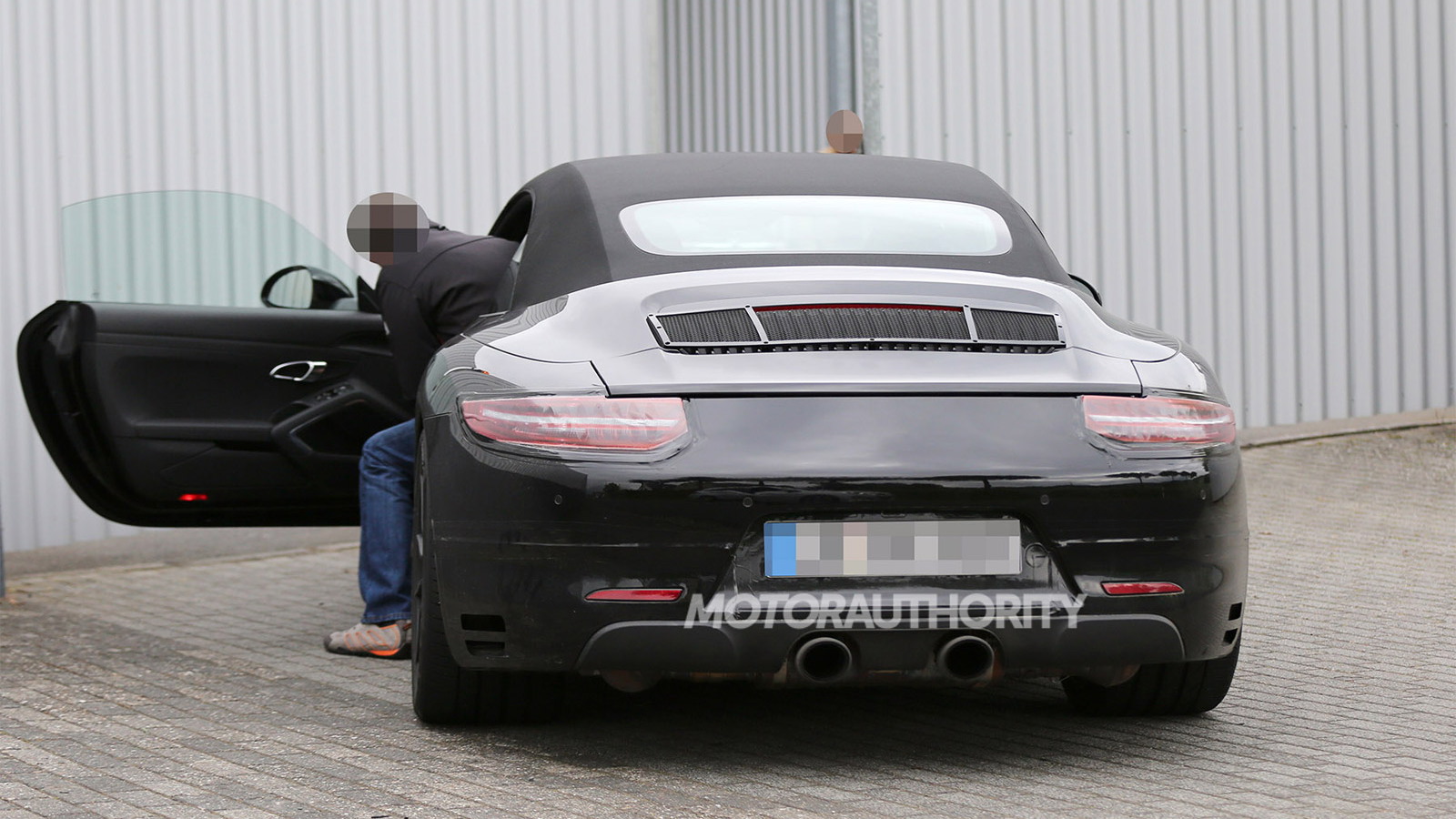 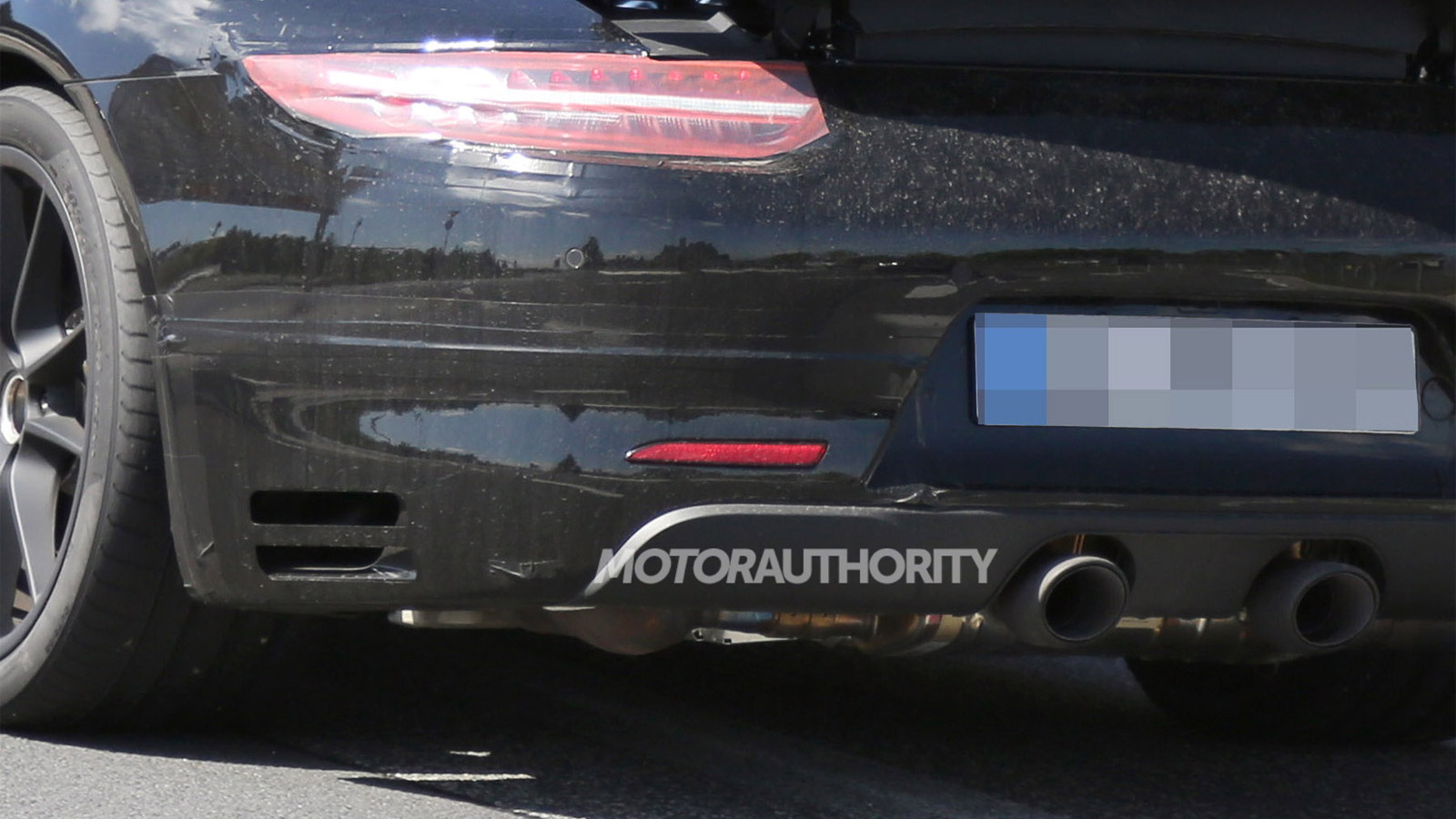 7
photos
Porsche is working on a new variant for its 911 family that’s expected to revive the GTS badge last used on the iconic sports car back in 2010 to help send out the previous Type-997 generation. We’ve already spied the new GTS coupe but now we have our first look at the convertible version, which the Germans call a “Cabriolet”.

Although the prototype above looks very much like previous prototypes for a facelifted 911 Carrera Cabriolet also in the works, we know this is for the GTS because of its dual-exhaust tips located close to the center of the rear bumper. The regular 911 has the exhaust tips at the outer edges of the bumper.

Other elements will be common to both the GTS and the facelifted 911 range. These include revised tail-lights, new intakes in the rear bumper and a tweaked front bumper possibly fitted with active grille shutters.

Power in the GTS is expected to come from the same 3.8-liter flat-six fitted to the Carrera S, albeit with output pegged at around 425 horsepower versus the 400 horsepower of the Carrera S. Porsche’s seven-speed manual transmission should be standard, with the seven-speed PDK dual-clutch unit remaining an option. Expect stiffer suspension too, along with extra kit in the cabin and special badging. Buyers should also have the option of all-wheel drive.

The new Carrera GTS is expected to debut later this year, so we should have all the details soon. We’ll likely see the car for the first time in the metal at the Paris Auto Show in October or Los Angeles Auto Show the following month.