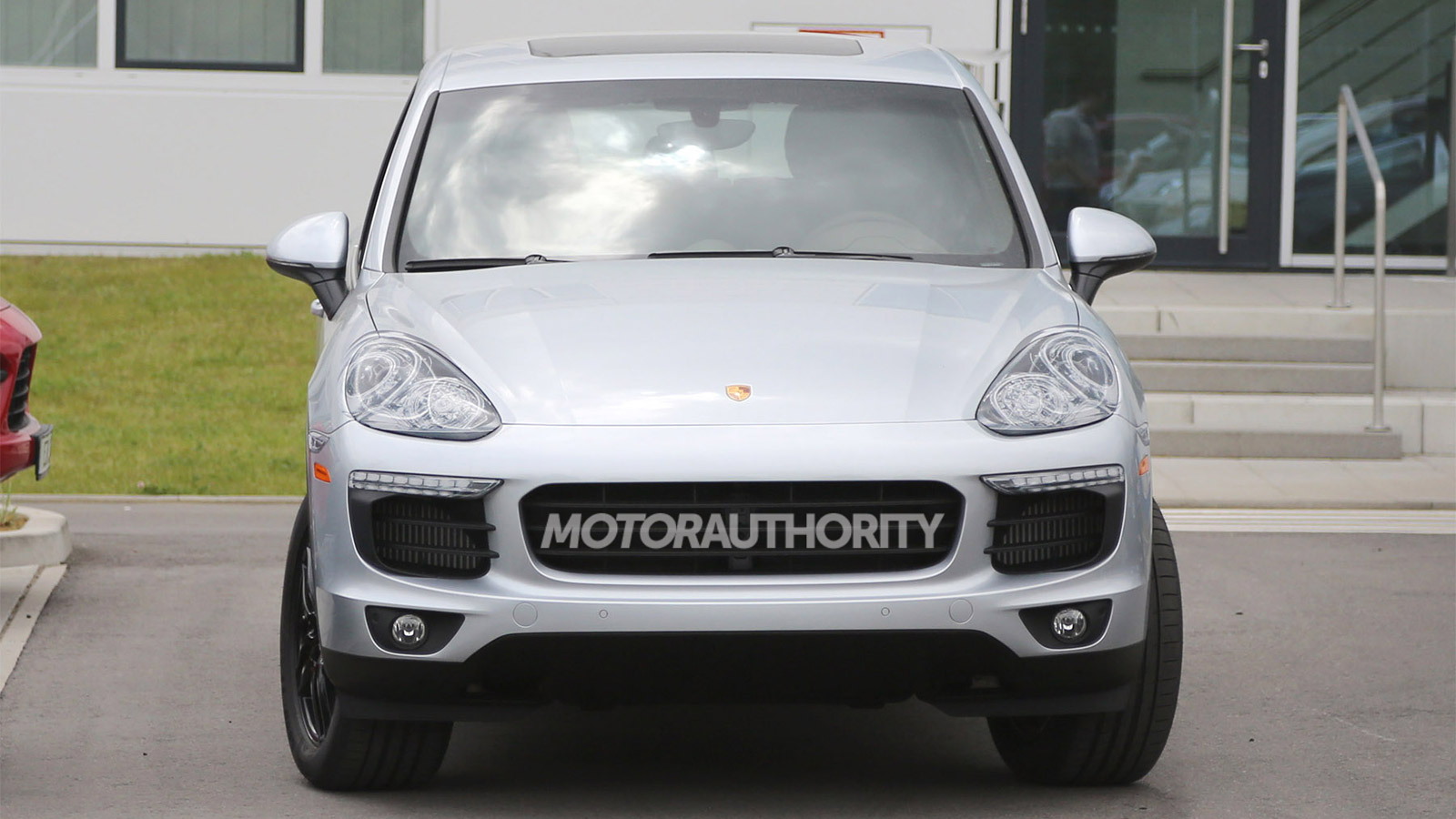 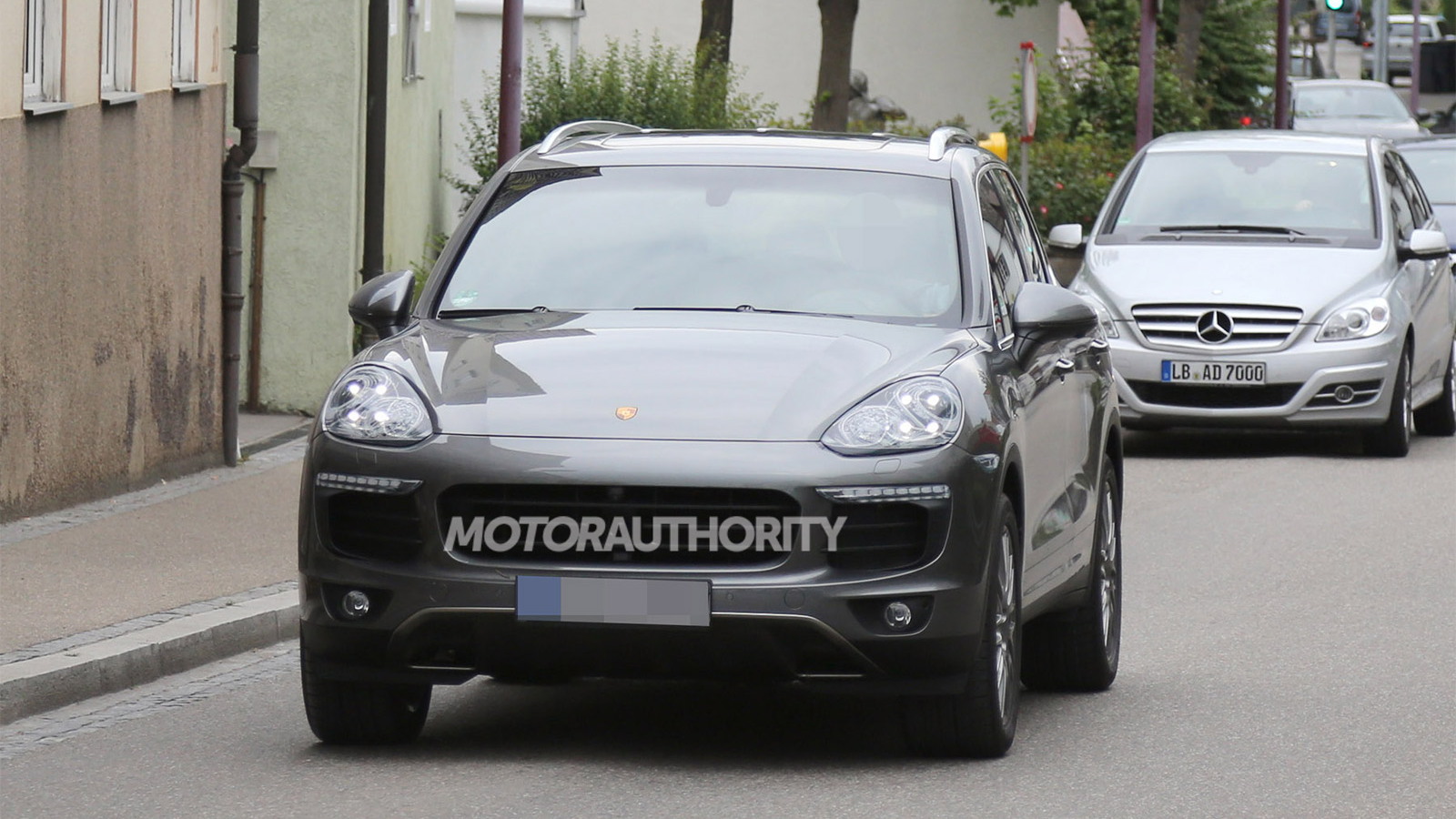 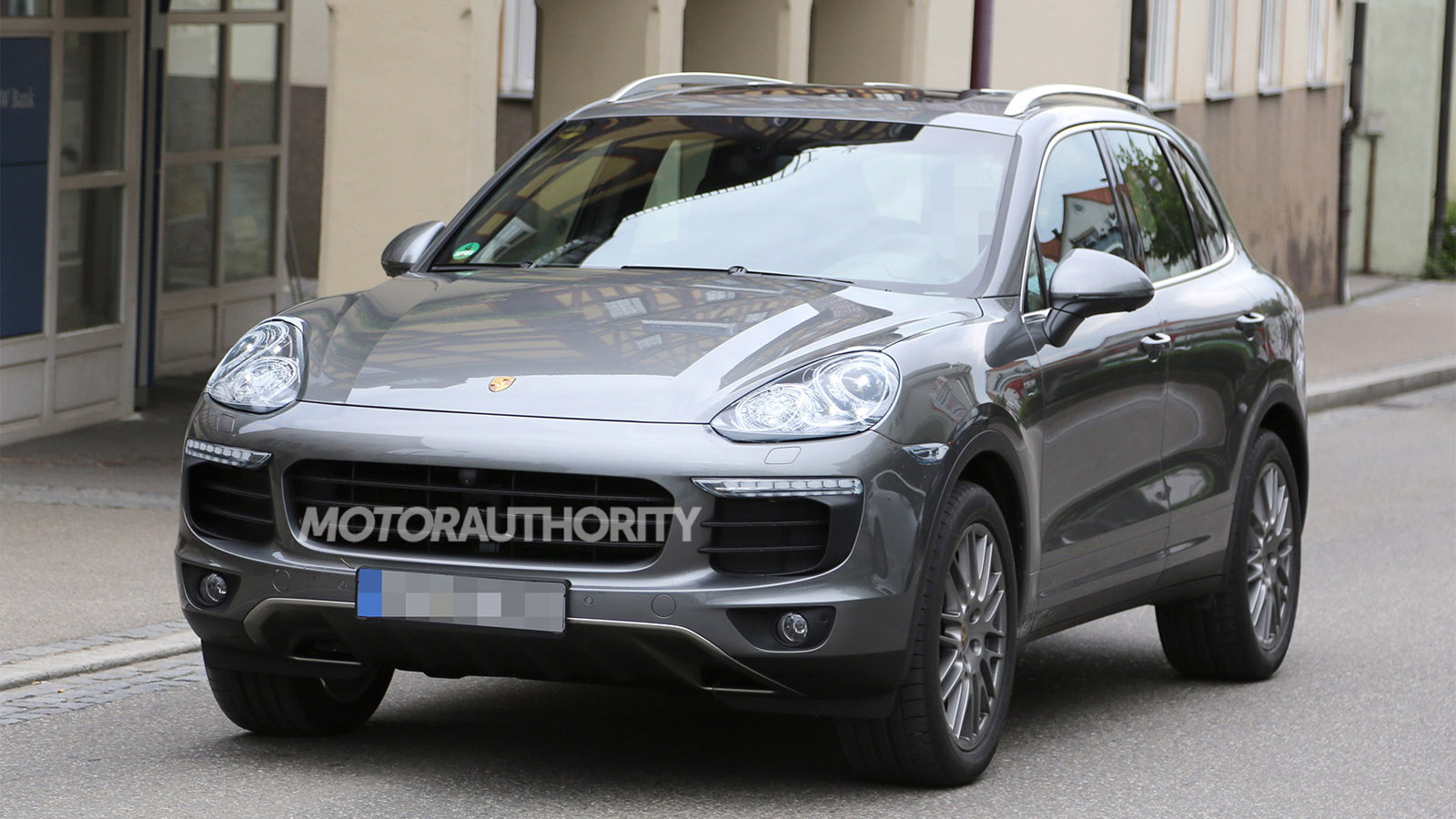 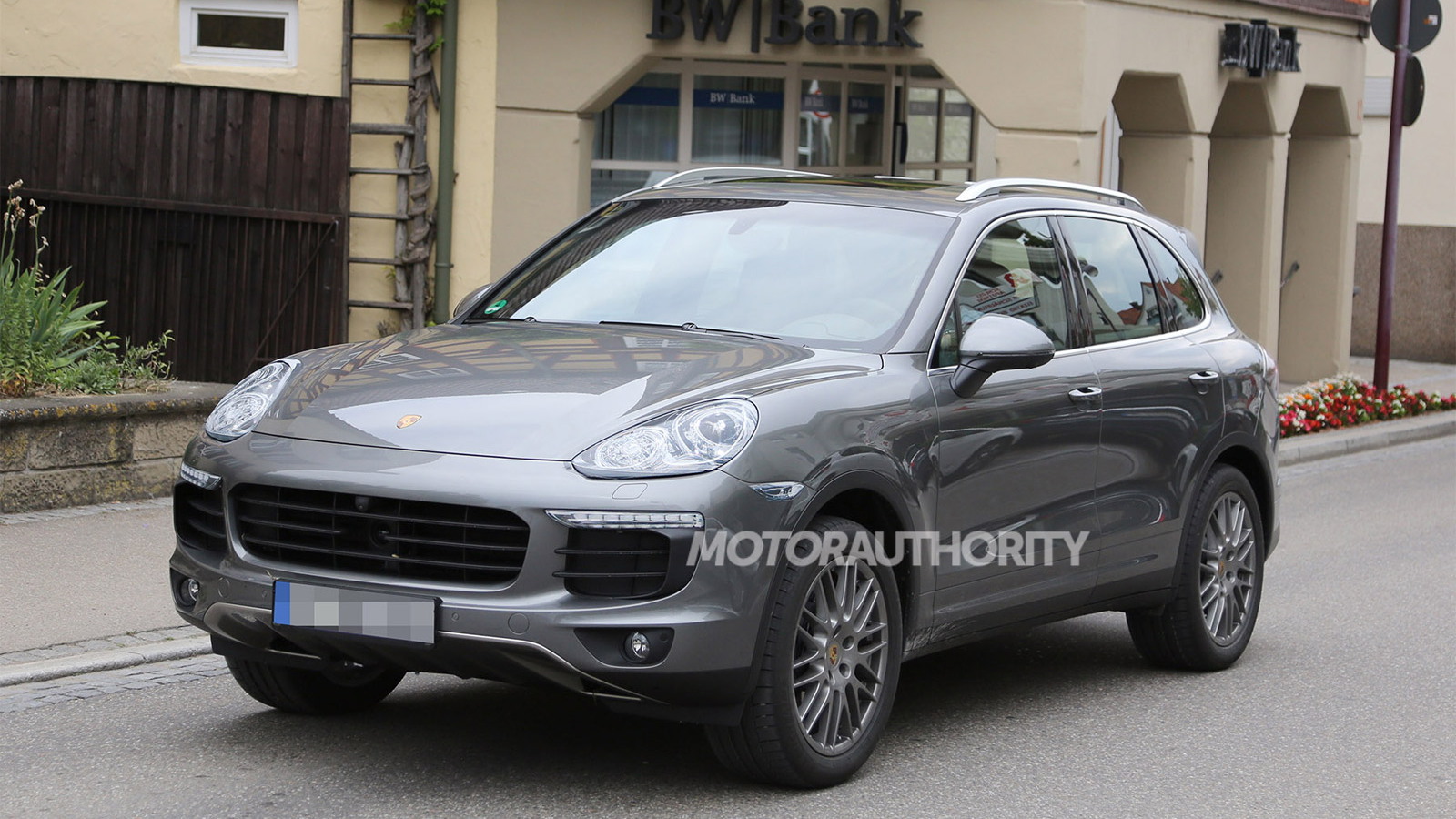 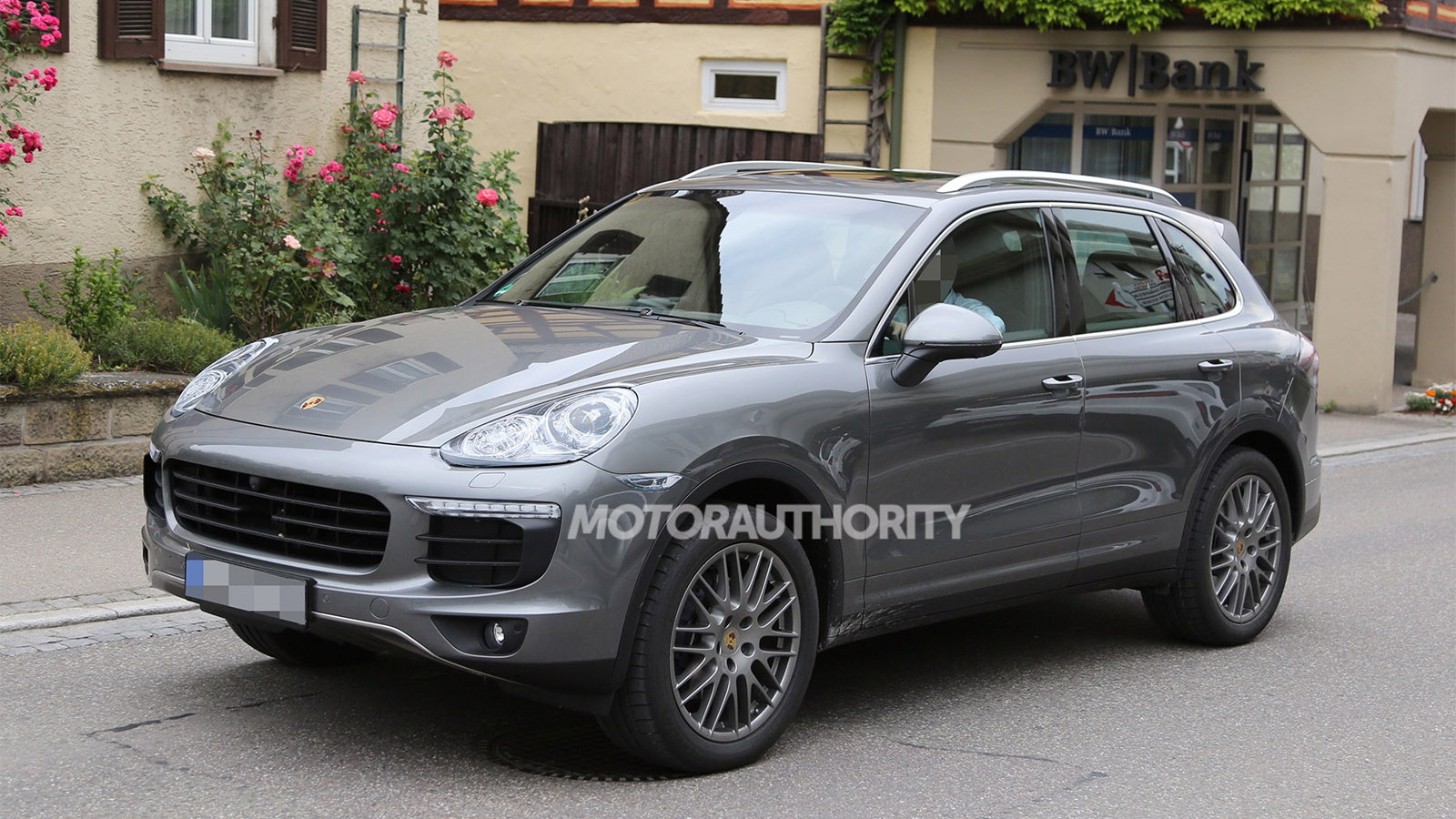 36
photos
Porsche introduced a facelifted version of its Panamera for 2014, and soon a similarly updated version of its Cayenne SUV will be launched. The changes will bring the sporty SUV’s styling into line with that of the smaller and more dynamic Macan, and should keep sales brimming into the new year (Porsche sold 18,507 Cayennes in 2013, up from 15,545 the previous year).

This Cayenne facelift will be introduced as a 2015 model and should be revealed soon, most likely at the 2014 Paris Auto Show in October or perhaps the 2014 Los Angeles Auto Show the following month. Key among the exterior changes will be a new grille and new bumpers with redesigned intakes and daytime running lights. The head and tail lights also appear to be receiving some revisions and it looks like there will be some new exhaust tip designs too. The current model can be seen next to the facelifted one in some of the shots, helping to emphasize many of the changes.

The biggest change won't be the styling, however (this is Porsche we're talking about). As we saw with the 2014 Panamera update, the 2015 Cayenne S will likely see its naturally aspirated V-8 engine replaced by a new twin-turbocharged V-6 featuring a 3.0-liter displacement and 420-horsepower output. A new 2015 Cayenne S E-Hybrid model should also be launched, most likely as a replacement for the current Cayenne S Hybrid. This model will feature the same plug-in hybrid powertrain introduced on the 2014 Panamera S E-Hybrid, whose gasoline V-6 and electric motor combo provides a combined 416 horsepower of motive force, electric driving range of approximately 22 miles, and claimed fuel economy of up to 75 mpg.

Although it’s yet to be confirmed, it’s also possible the current Cayenne Diesel’s 240-horsepower V-6 will be replaced by a stouter 300-horsepower unit which has already been added to the Panamera Diesel sold overseas. And finally, further down the track, updated versions of the Cayenne Turbo and Cayenne Turbo S should be launched, with the latter likely matching the 570 horsepower of the latest Panamera Turbo S.

Inside, all 2015 Cayennes will come with Porsche’s PDK dual-clutch transmission, except the Cayenne S E-Hybrid and Cayenne Diesel, which will make do with an eight-speed auto. There will also be some tech updates—expect the full range to adopt a new multifunction steering wheel and safety features such as adaptive cruise control system with automatic braking, and camera-based traffic sign detection and lane departure warning systems.

For more of the 2015 Porsche Cayenne, click here for a spy video of some earlier prototypes.