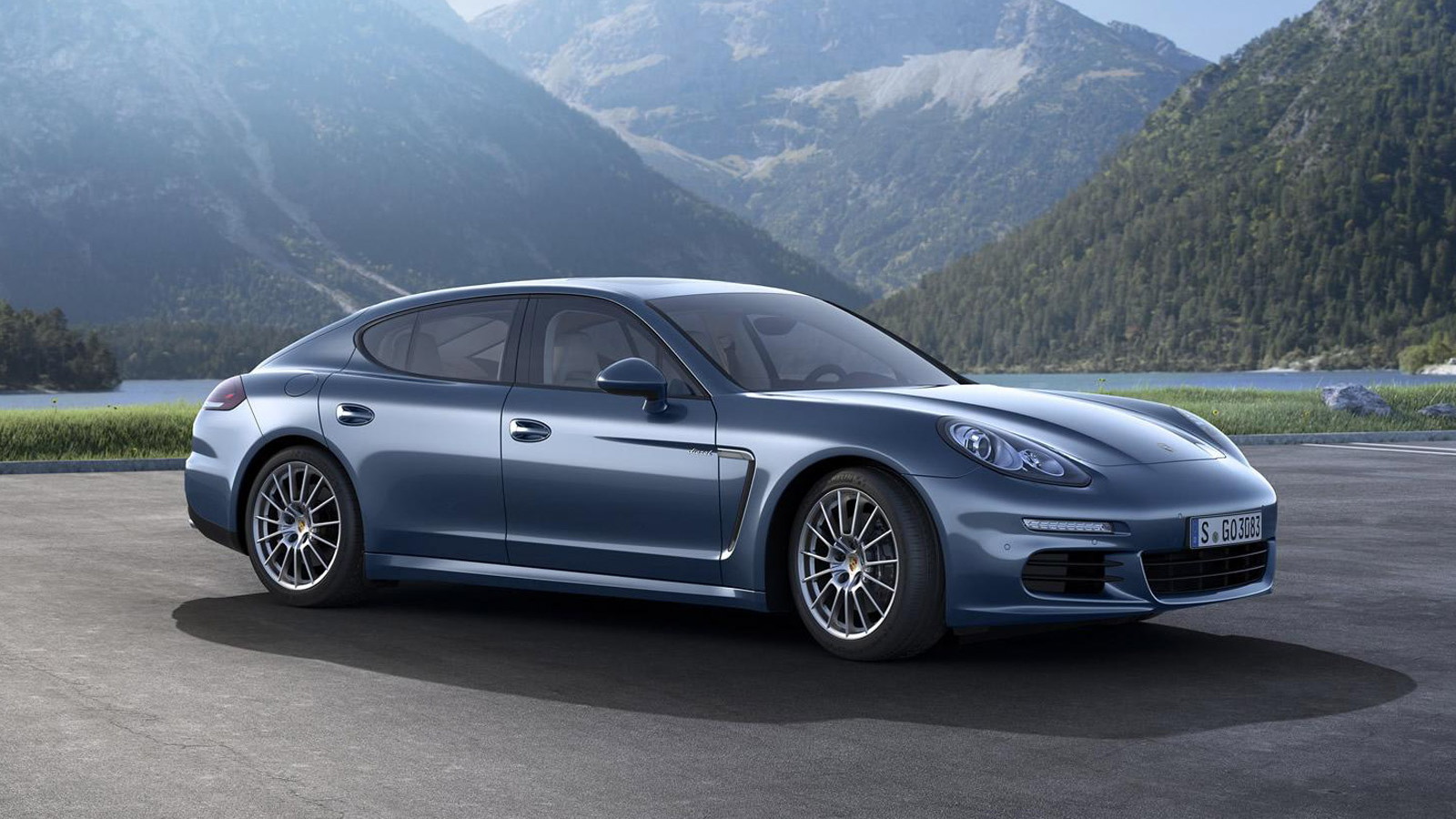 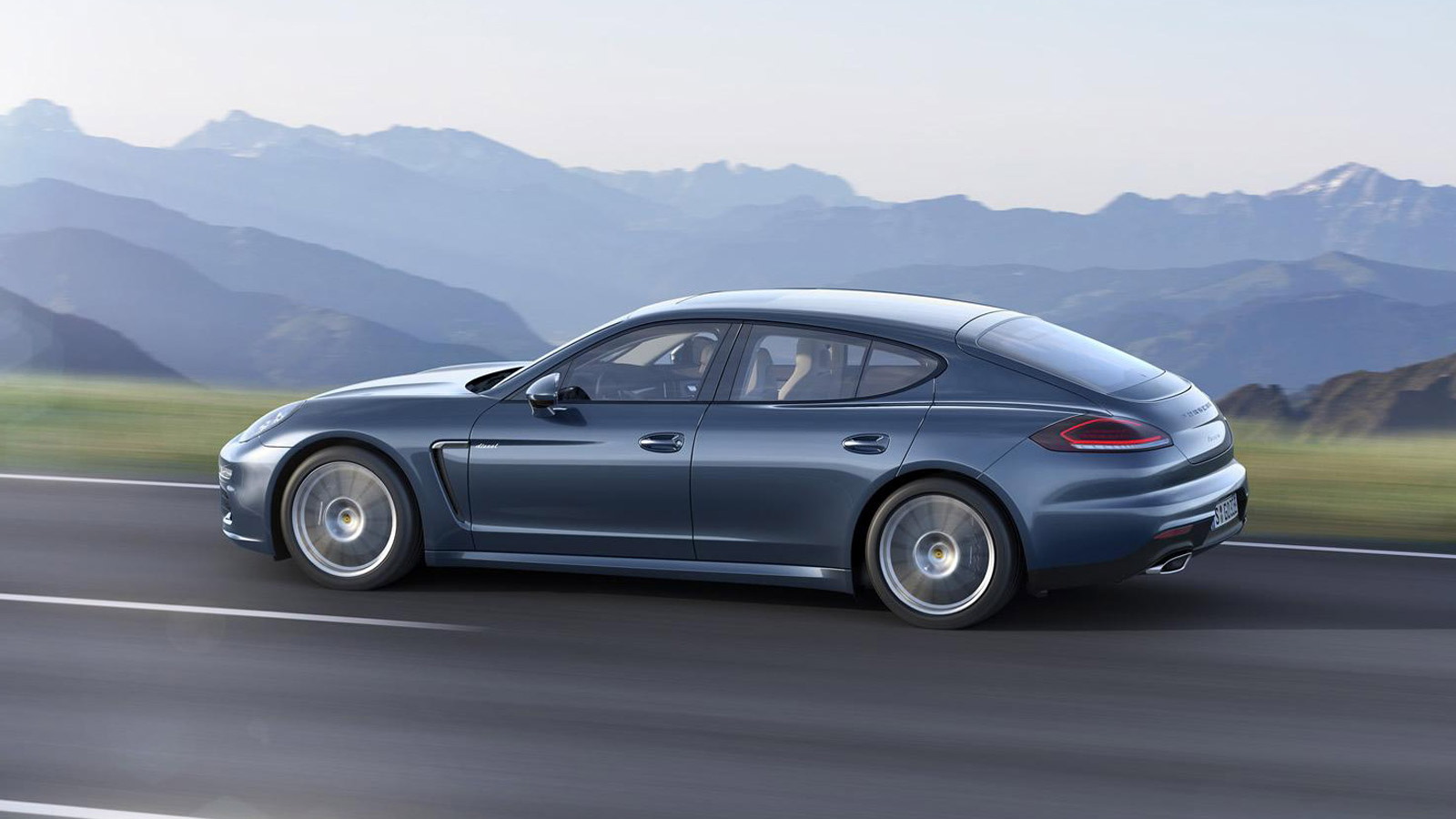 3
photos
Porsche’s 2014 Panamera has a wide variety of powertrain options for what is arguably a niche model, ranging from gas and diesel V-6s to plug-in hybrid and high-performance twin-turbo V-8 setups. Today the focus is on the Panamera Diesel variant, whose turbocharged 3.0-liter V-6 is completely new and has for the first time a water-cooled turbocharger.

Unfortunately, the 2014 Panamera Diesel is still not offered in the U.S. but for those markets where it is available buyers receive a new output of 300 horsepower and 479 pound-feet of torque, up 50 horsepower and 73 pound-feet on the previous year’s model. As a result, the acceleration time has been reduced by eight-tenths of a second, meaning the new model goes from 0-62 mph in 6.0 seconds, while the top speed has increased to 160 mph compared to the 151 mph achieved by the previous car.

The car’s eight-speed automatic has been recalibrated, too, with shorter gear ratios for gears one to four for improved off-the-line performance. Towing capacity is more than 5,700 pounds and Porsche says fuel economy is 36.75 mpg for the European combined cycle.

To go along with its new engine and transmission calibration, the 2014 Panamera Diesel’s styling and chassis have received some tweaks. The car now gets a rear-axle differential lock with Porsche Torque Vectoring Plus (PTV+) as standard for the first time. The system comprises an electronically controlled, fully variable rear-axle differential lock and targeted, individual brake interventions at the rear wheels. At low to moderate speeds, the system improves agility while at high speeds and when accelerating out of bends it improves stability.

Sales of the 2014 Porsche Panamera Diesel commence in Europe in January following a debut at the 2013 Frankfurt Auto Show next week. For our complete coverage of the event, click here. You can also read our first drive report on the 2014 Panamera by clicking here.