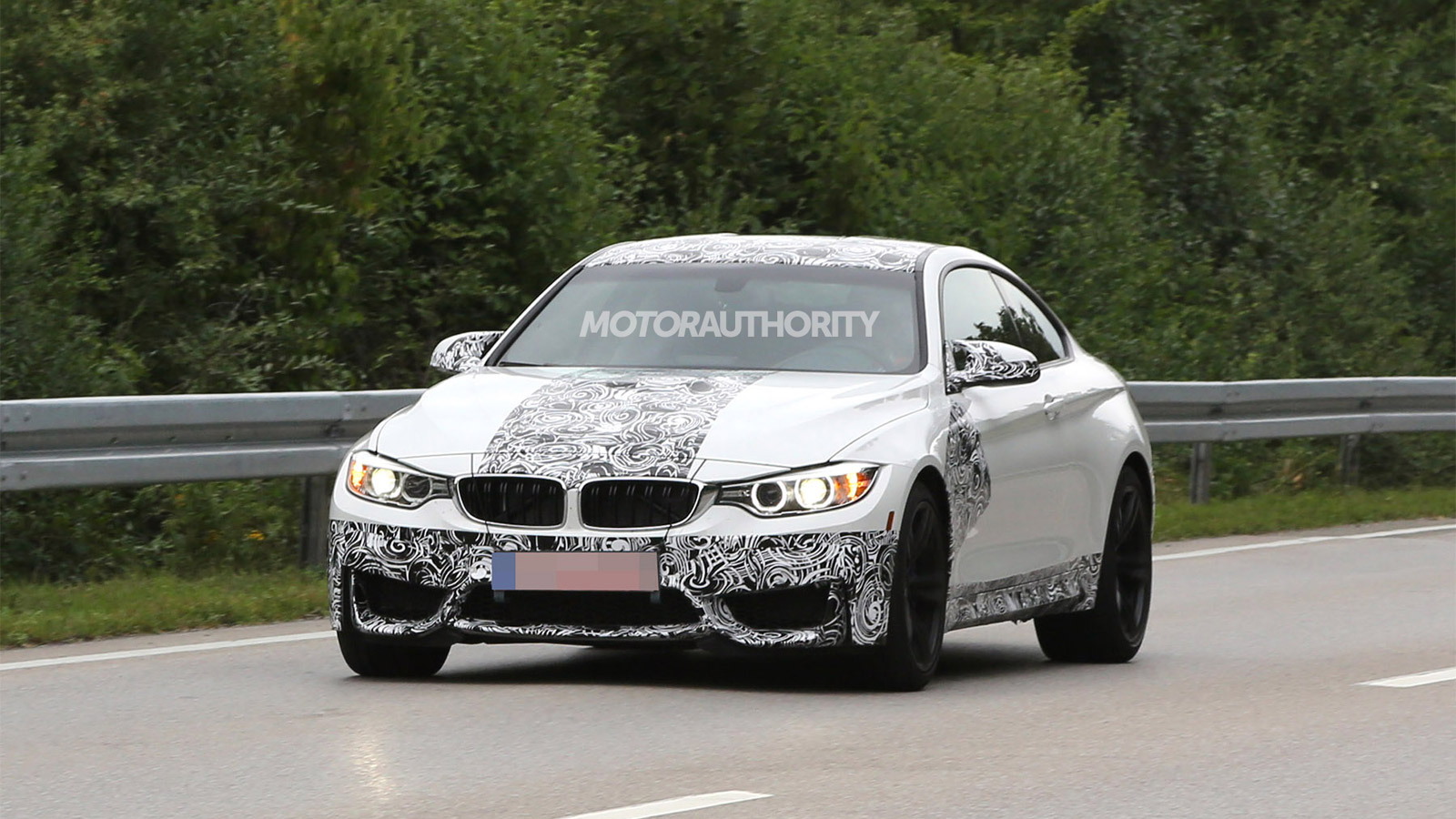 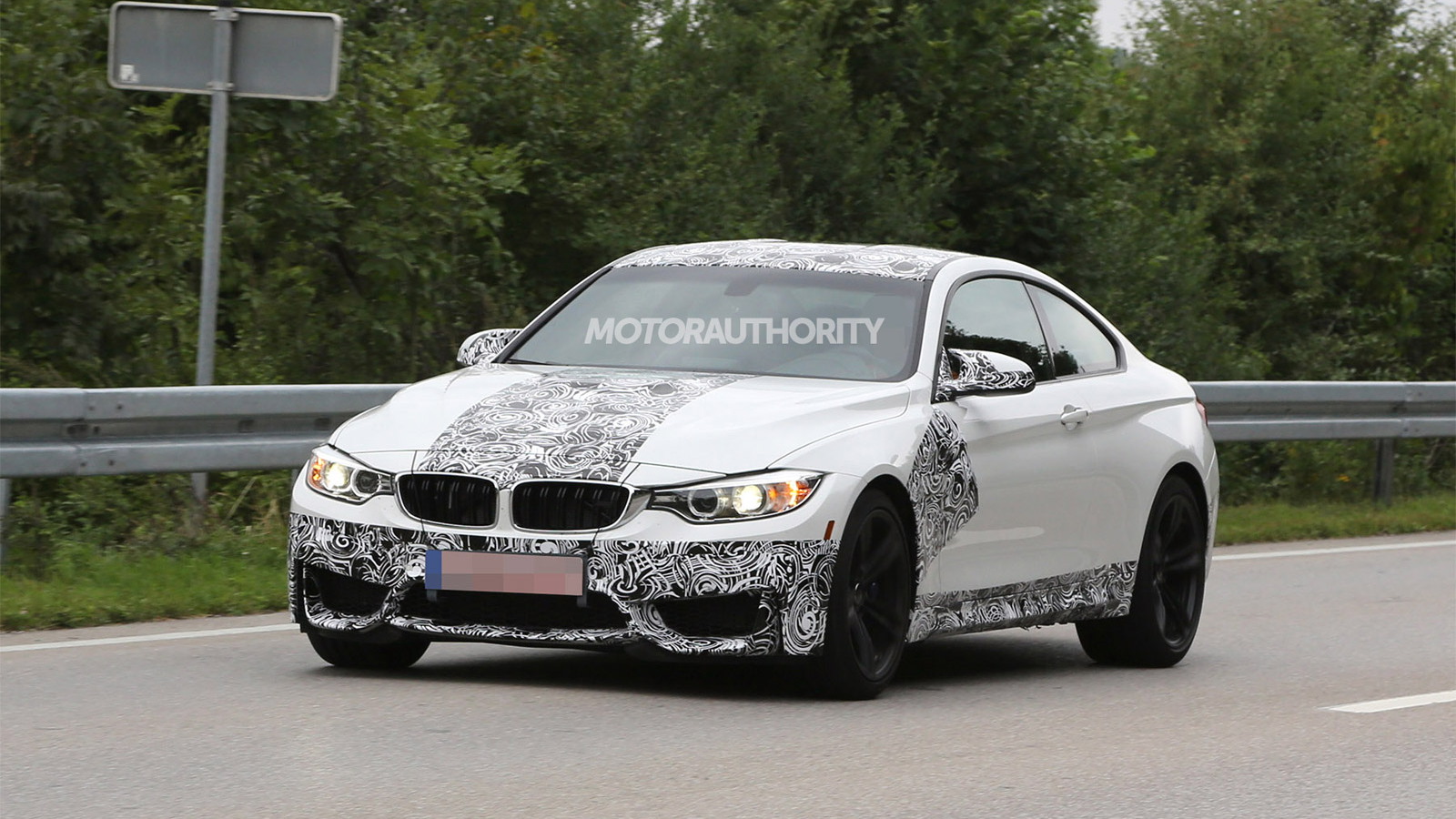 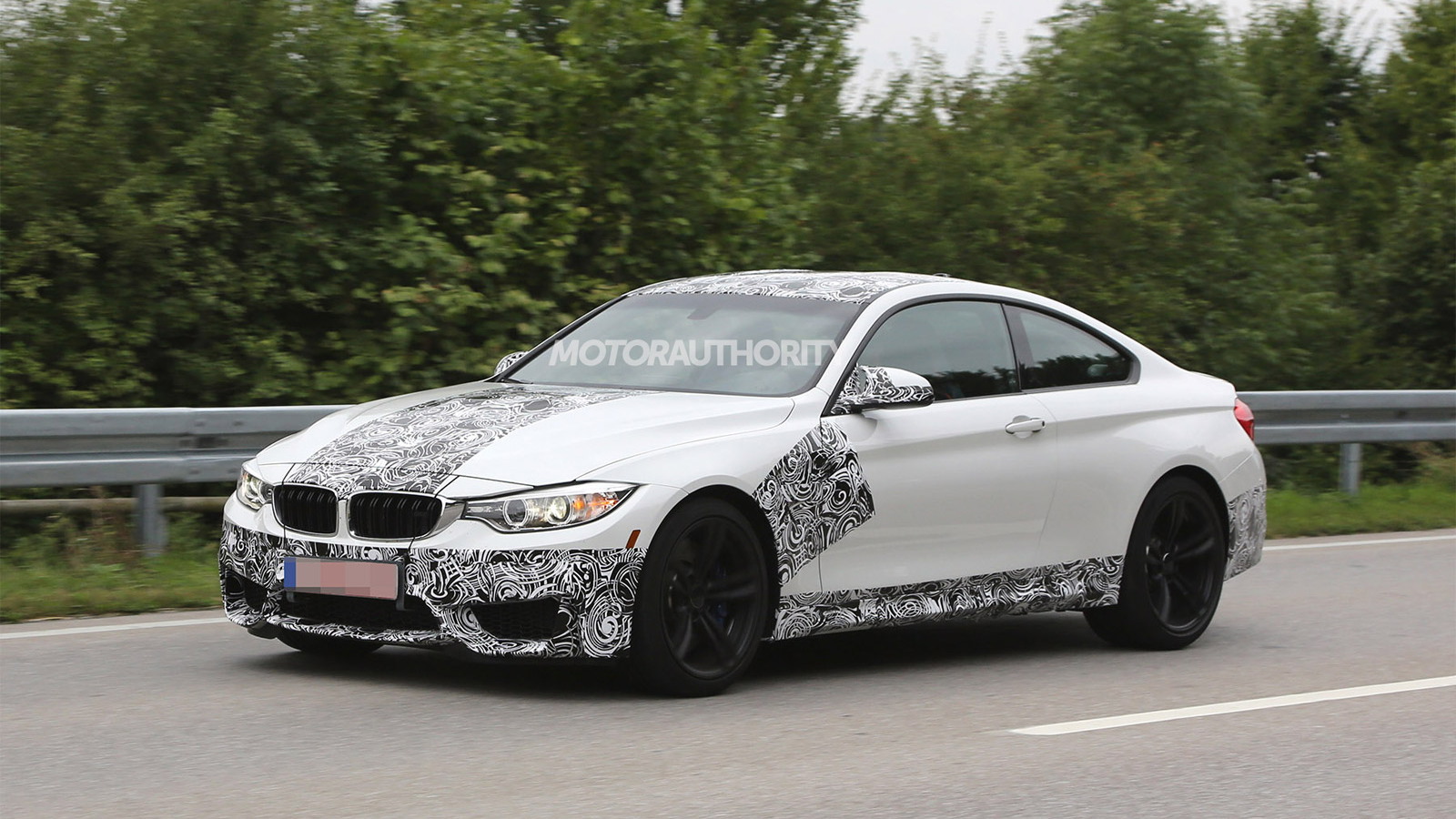 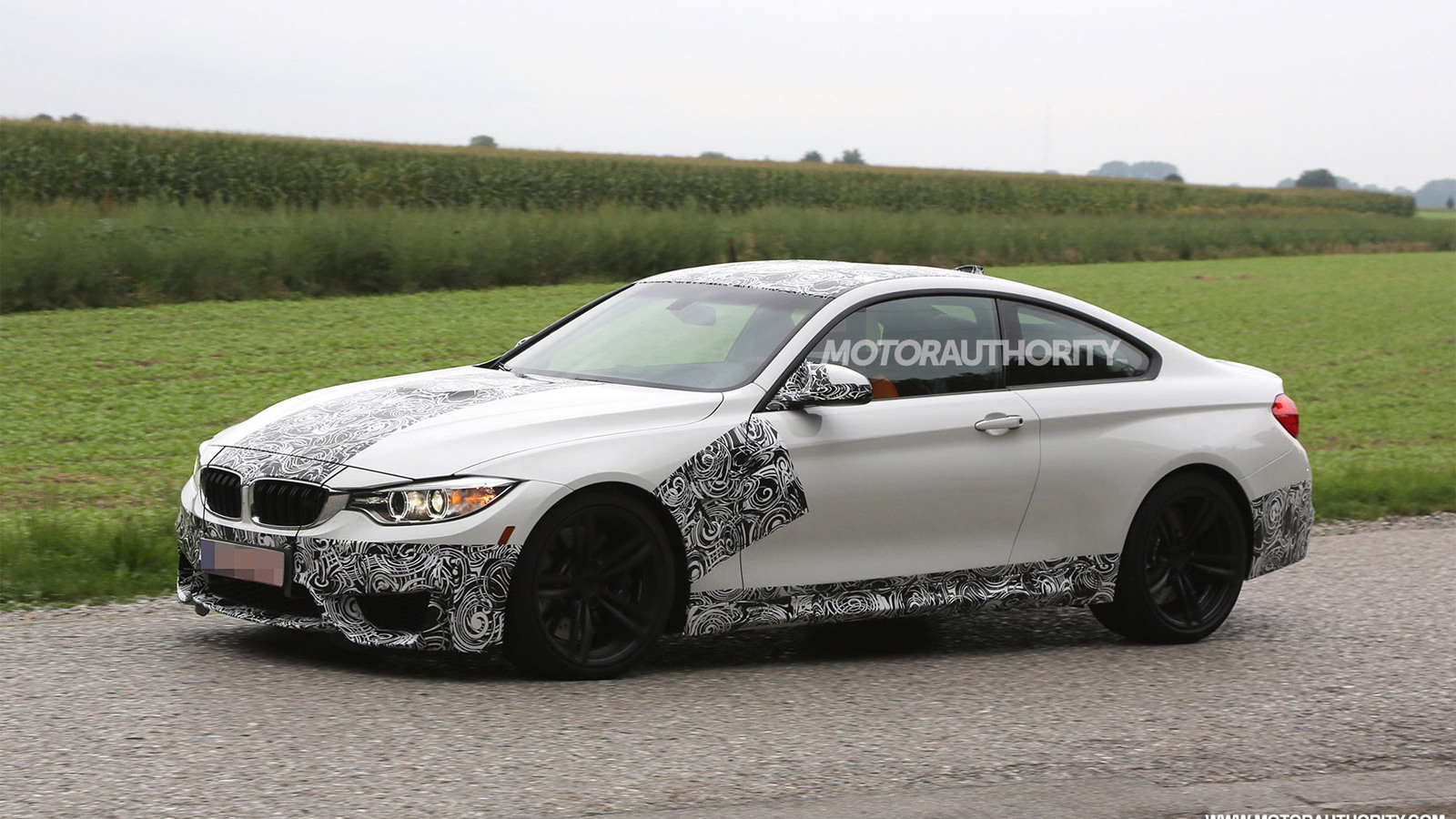 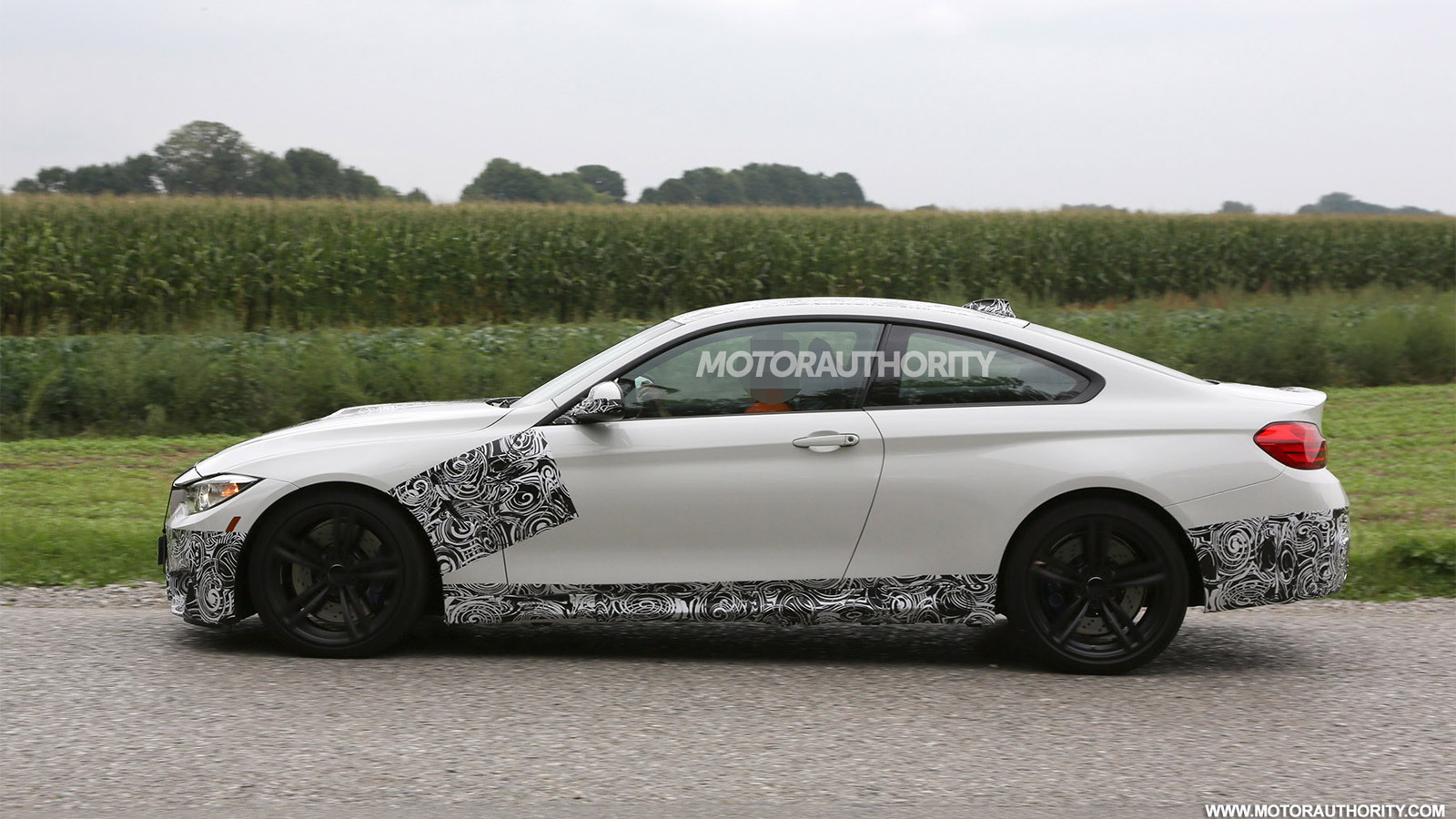 39
photos
BMW has just shown off its new M4, the replacement for the M3 Coupe, in concept form and at the 2014 Detroit Auto Show in January we’ll see the covers come off the production version, seen here as a prototype. BMW engineers have become a bit more relaxed about the camouflage gear now that the M4 concept car has been revealed though a few details on the production version are still being kept hidden.

Like the upcoming M3, which is also set to debut in Detroit in January, the M4 is expected to drop the 4.0-liter V-8 of the current M3 range in favor of a turbocharged straight-six engine. BMW recently teased the sound of the new mill, which has a raspy similar to that of the 3.2-liter straight-six last used in the M3 two generations ago.

BMW is yet to confirm what its new M3 and M4 models will pack, but VIN information uncovered on the web indicates the cars will get their power from a 3.0-liter inline six-cylinder engine coded the S55. That makes it sound very much like a high-performance derivative of the N55, BMW's twin-scroll turbo engine used in the 335i among others.

Power should be good at about 416 horsepower, on par with the current M3 coupe's output--but likely with much more area under the curve; that is to say: more torque. Torque is good. Previous unconfirmed reports have suggested output of the new M six-cylinder to be at about 450 horsepower, courtesy of 3.3 liters of displacement and two--or possibly three--turbochargers. That's seeming less likely as production draws nearer.

Looking at the spy shots, we see just about what we'd expect, given the looks of the 2014 4-Series on which the car is based. The lowered suspension, huge wheels and brakes, plus the quad exhaust tips all say this is a performance version of the car.

Elements from the M4 concept we expect on the production version are a carbon fiber roof, carbon fiber exhaust tips, carbon ceramic brakes (perhaps as an option) and 20-inch light alloy wheels.

What else can you expect of the M4, despite the lack of definite information? Like the latest 3-Series sedan, we expect a good deal of lightening through more advanced materials, improved interior comfort and design, and--thankfully--improved gas mileage over the sweet-sounding, high-revving, but very thirsty V-8 of the current M3.

To enhance traction, the new M4 is thought to also receive an electronically controlled differential capable of delivering 100-percent lockup under the right conditions. Since the differential is electronically controlled, it should also be capable of torque vectoring to ensure maximum traction when powering out of corners. A wider track than the current M3 is also expected.

We'll keep you posted with further details, images, and videos as we approach the car’s January reveal. Expect sales to start shortly after. In the meantime, hit this link for a spy video of the M4 prototype.