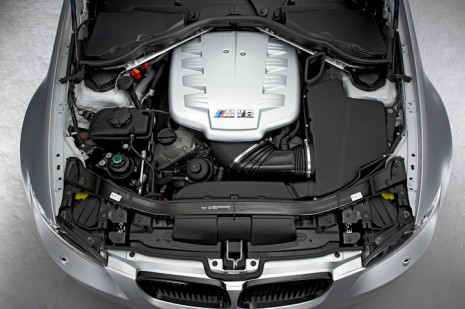 If you thought our previous report on the rumored X3 M performance SUV from BMW’s hallowed M division coming with a triple-turbocharged straight-six engine was strange enough, now a second reputable source is claiming that this fanciful engine is destined to power the next-generation M3 as well.

BMW's shuffling of its engine lineup in the current 1-, 3- and 5-Series has taken quick root, with the base engines all getting replaced with downsized four-cylinder units. Well, this strategy of downsizing the engines will also affect the high-end models like the M cars, which we’ve just seen with the latest 2012 BMW M5 and its ‘smaller’ twin-turbocharged 4.4-liter V-8.

As for the next M3, BMW M boss Dr Friedrich Nitschke has revealed that the car is coming in 2014 and it will feature the aforementioned triple-turbo straight six. It will displace a claimed 3.3-liters (previous reports said 3.2-liters) and should output as much as 450 horsepower--the same as the latest Mercedes-Benz C63 AMG range.

You may be wondering why BMW would want to go to the trouble of installing three turbochargers on such a small engine. The key is a relatively unique setup where one of the turbos will be electrically driven as opposed to the usual exhaust gas driven setup. Electric forced-induction setups, though rare, are typically used to supply low levels of boost pressure at idle and very low revs, because it can be driven independently of engine speed or exhaust flow.

The most likely use would be to provide a baseline level of boost with minimal parasitic losses, thereby allowing larger primary turbos to be used without the accompanying turbo lag that would otherwise be present.

The story doesn’t end there as Nitschke went on to reveal that a raft of new BMW M cars was in the works. In addition to the new M3, we should also see 1-Series M Coupe ‘CSL’ based on 2007’s tii concept car. A range-topping M1 supercar is also possible, though a decision on this is still pending.

“The decision on developing this car [the M1] is open. We’d love to do it,” Nitschke teased.

To view spy shots of the upcoming 2013 BMW 3-Series, the car the new M3 will be based on, click here.