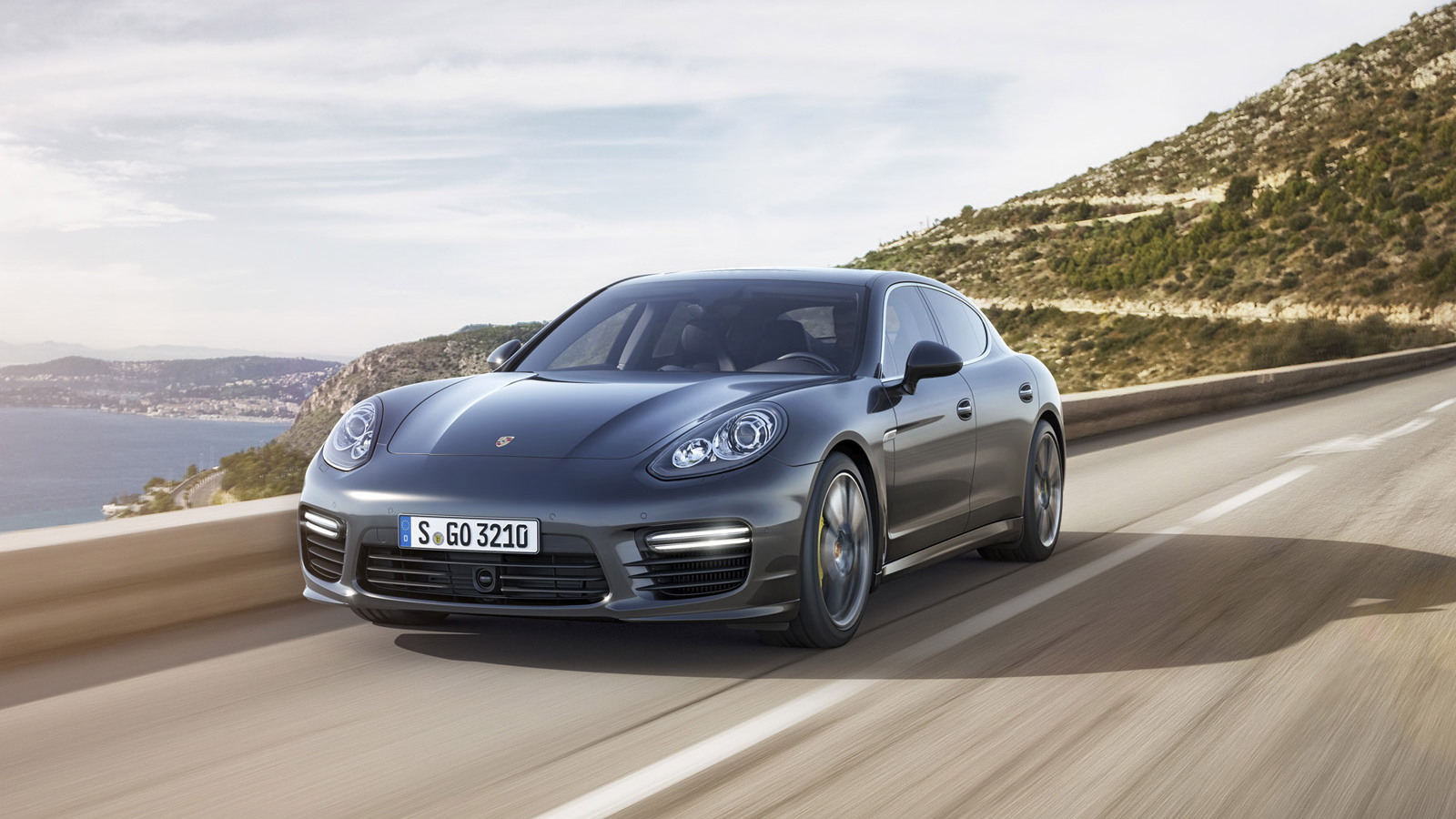 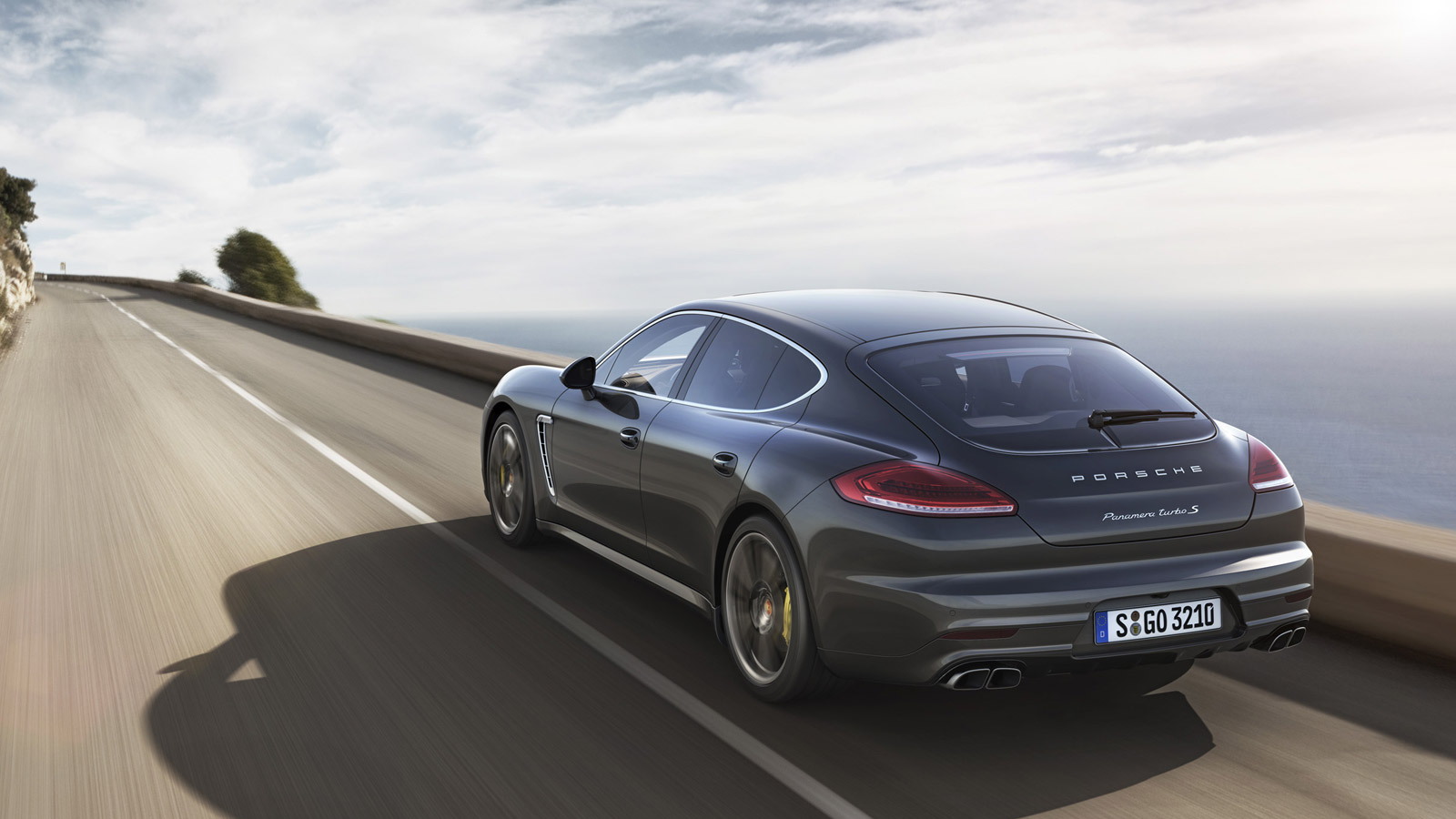 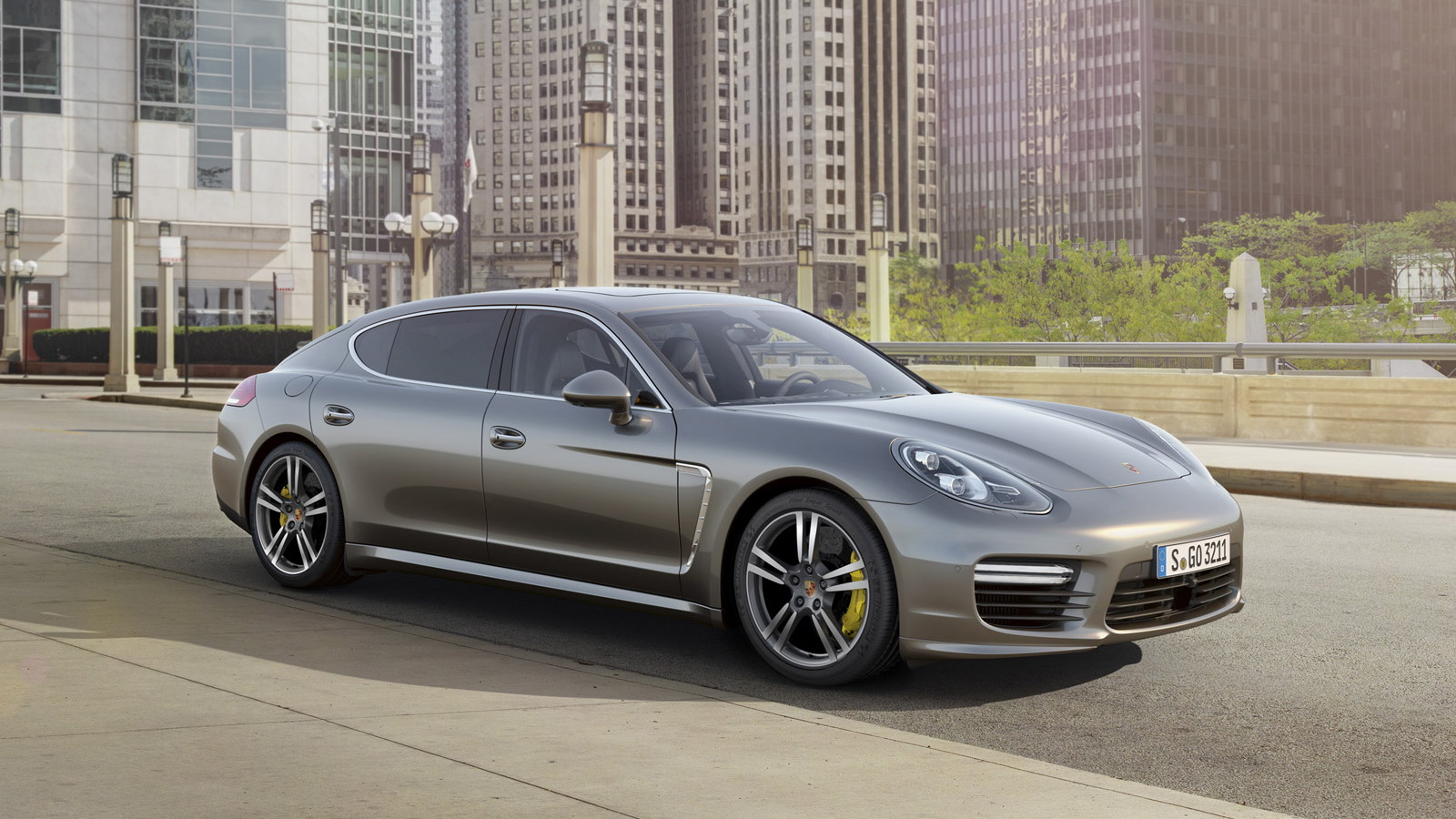 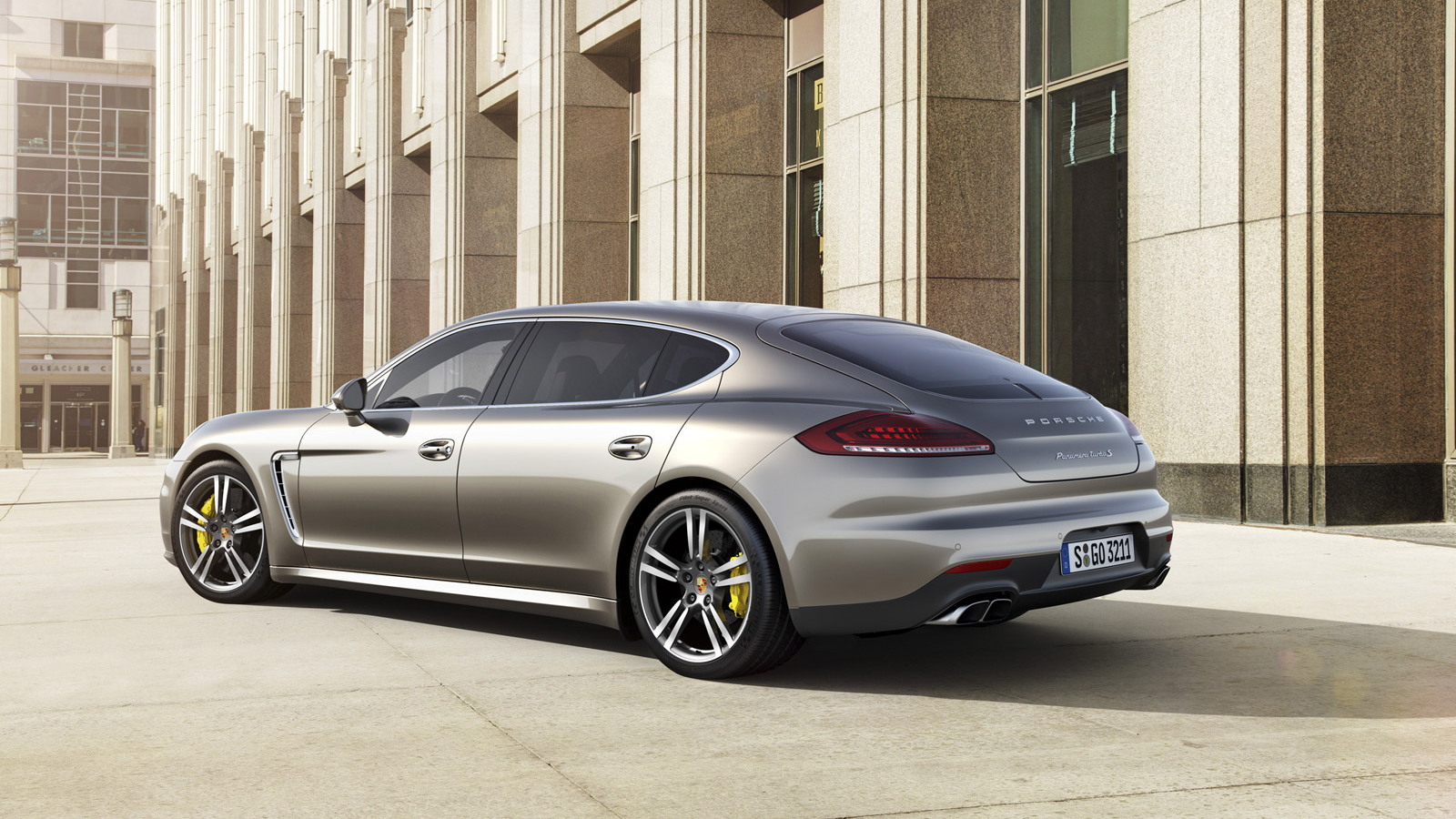 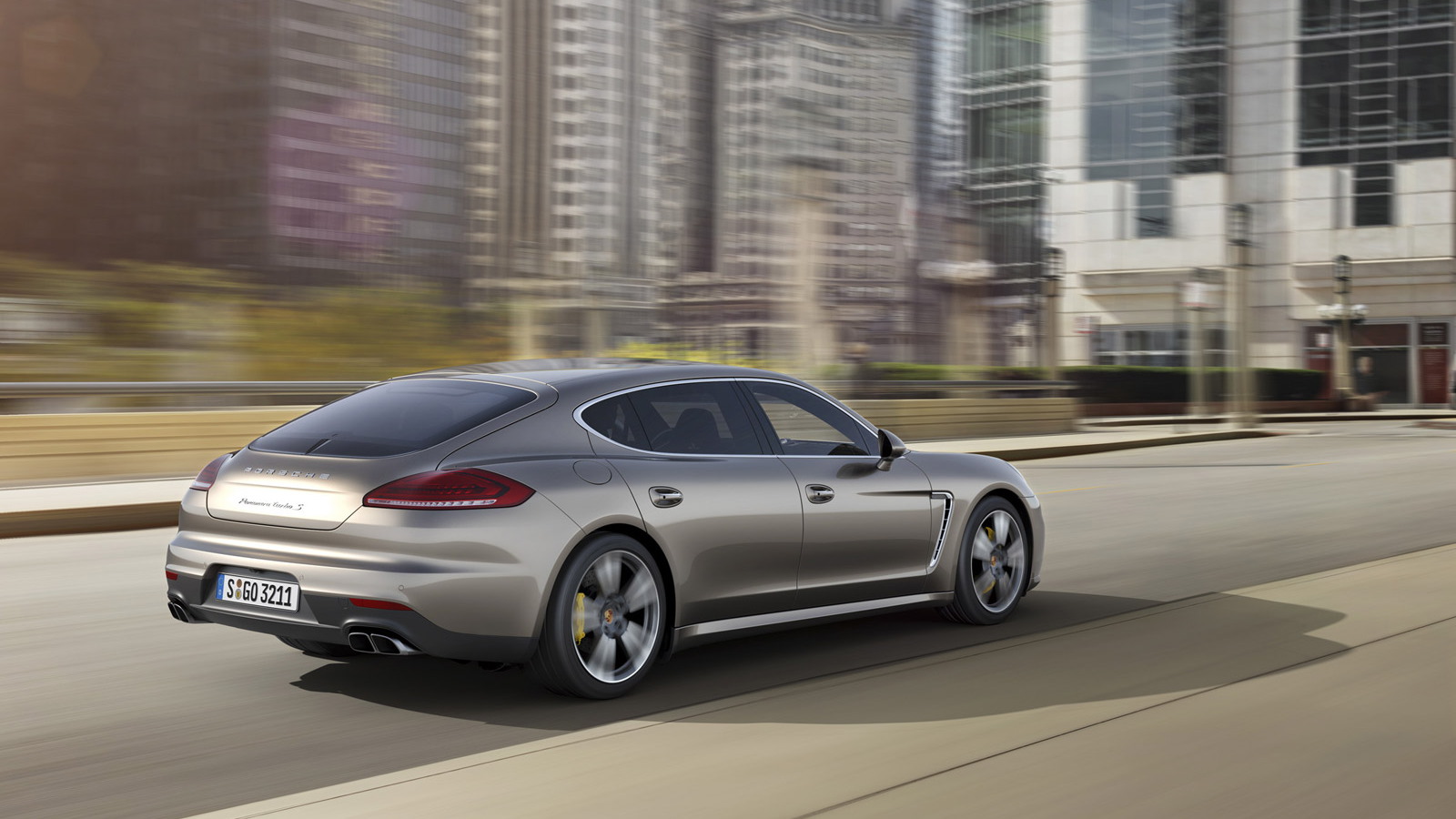 5
photos
The last member of the facelifted 2014 Porsche Panamera family has finally been revealed, the range-topping Panamera Turbo S. The potent tourer adopts most of the changes introduced on the Panamera for the 2014 model year, including the addition of a long-wheelbase Executive model.

The 2014 Panamera Turbo S is the fastest and most powerful Panamera ever launched; its twin-turbocharged 4.8-liter V-8 now delivers a staggering 570 horsepower and 553 pound-feet of torque (590 pound-feet with overboost). That’s 20 hp more than the outgoing Panamera Turbo S, though the car’s 0-60 mph time remains unchanged at 3.6 seconds. Top speed, however, creeps up to 192 mph, up from 190 mph in the previous model.

Gains come from a new pair of turbochargers and higher injection pressure. Reinforced internals, including pistons made from a new aluminum alloy and specially coated piston rings, help absorb the higher loads. According to Porsche, more efficient combustion means fuel consumption is also reduced. EPA-rated gas mileage will be announced closer to launch.

But it’s not just about brute power. There are a number of systems fitted aimed at improving handling, too. These include Porsche Dynamic Chassis Control (PDCC), which helps to reduce roll during corners, Porsche Torque Vectoring Plus (PTV Plus), which helps improve traction, Porsche Active Suspension Management (PASM), which adjusts the damper and air suspension settings, and Porsche Ceramic Composite Brake, which Porsche says are particularly resistant to brake fading and wear.

Onlookers will be able to recognize the car by its “Turbo S” badging as well as 20-inch 911 Turbo-style wheels, a four-way adjustable rear spoiler and model-unique Palladium paint. Inside, there’s two-tone leather as standard, along with a new multifunction steering wheel, automatic trunk lid and some new electronic safety features.

As mentioned, there is now a long-wheelbase option available to buyers of the Panamera Turbo S. This adds about 5.9 inches to the standard car’s wheelbase, along with a pair of bucket seats in the rear and plenty of available extras to keep those in the back happy. Items include thermal and noise-insulated windows, an ambient lighting package and a large center console.