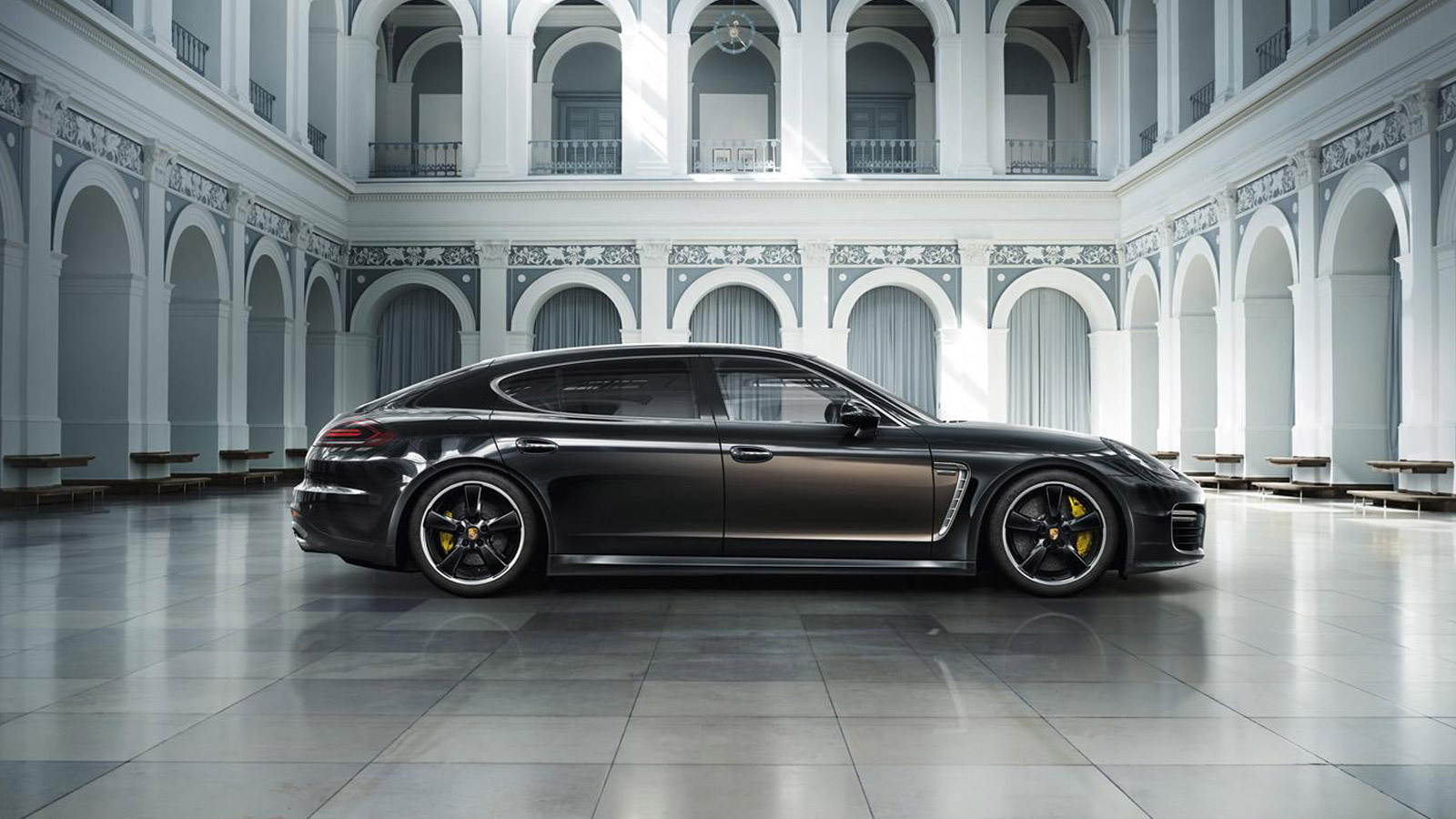 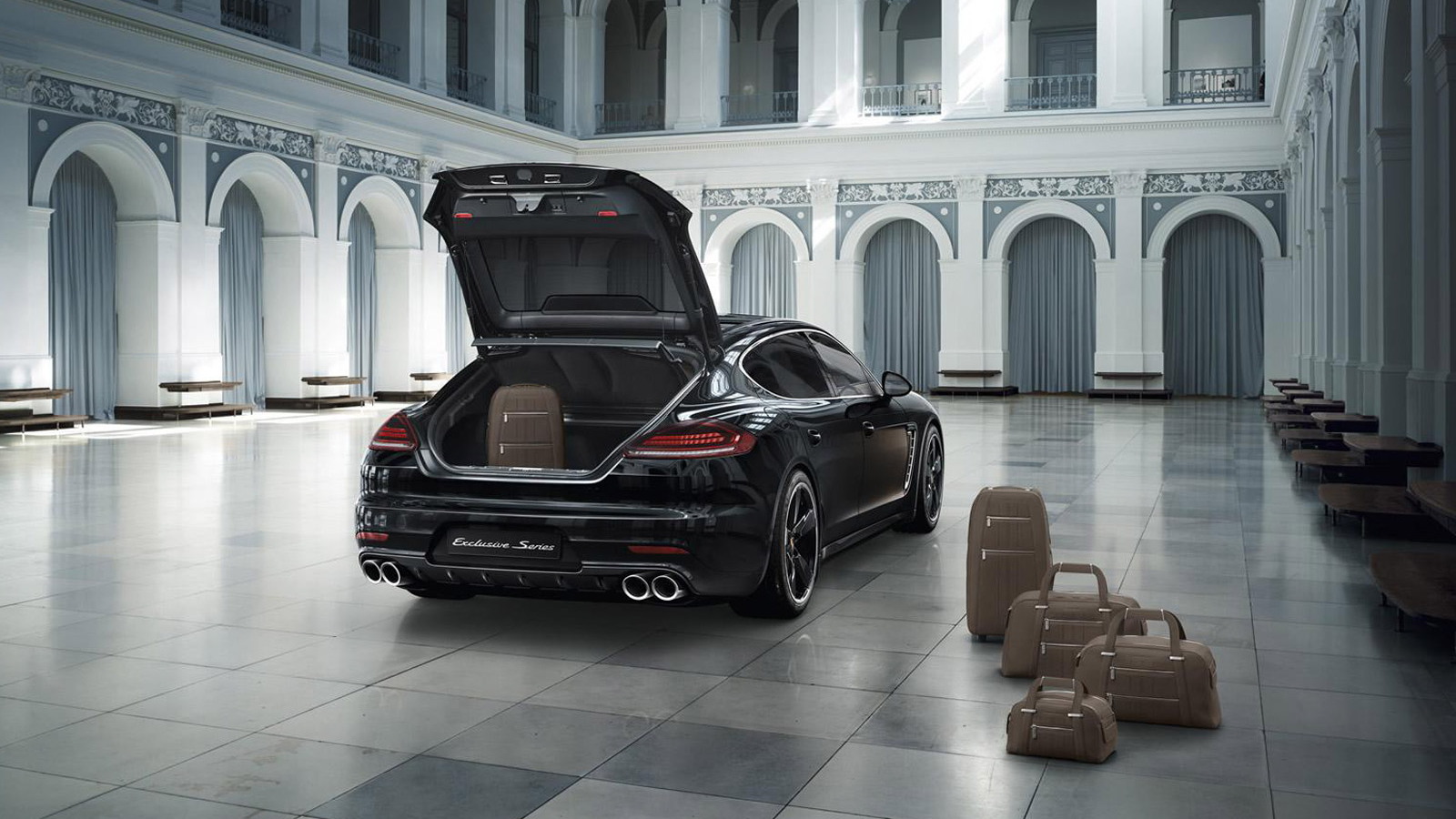 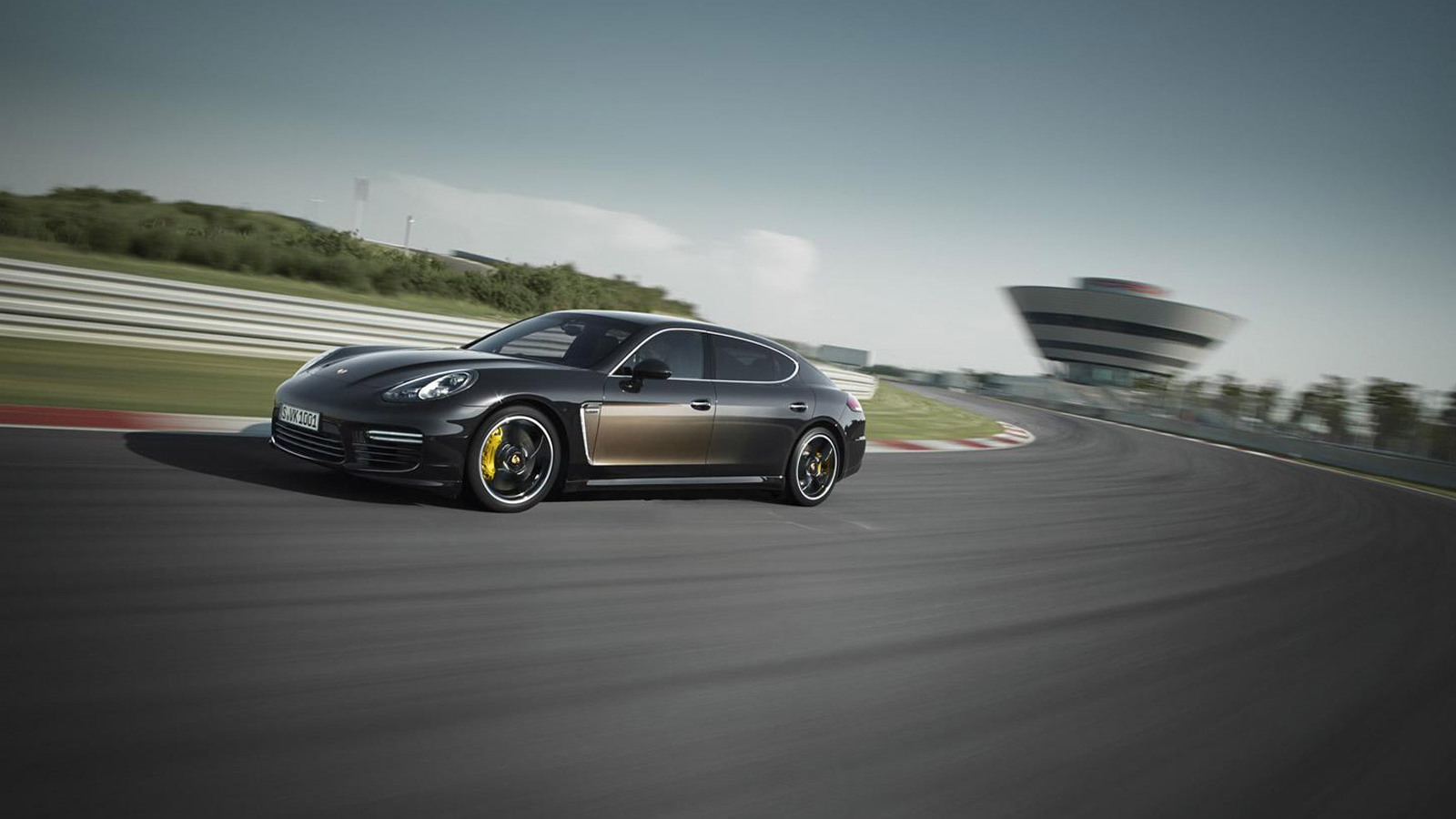 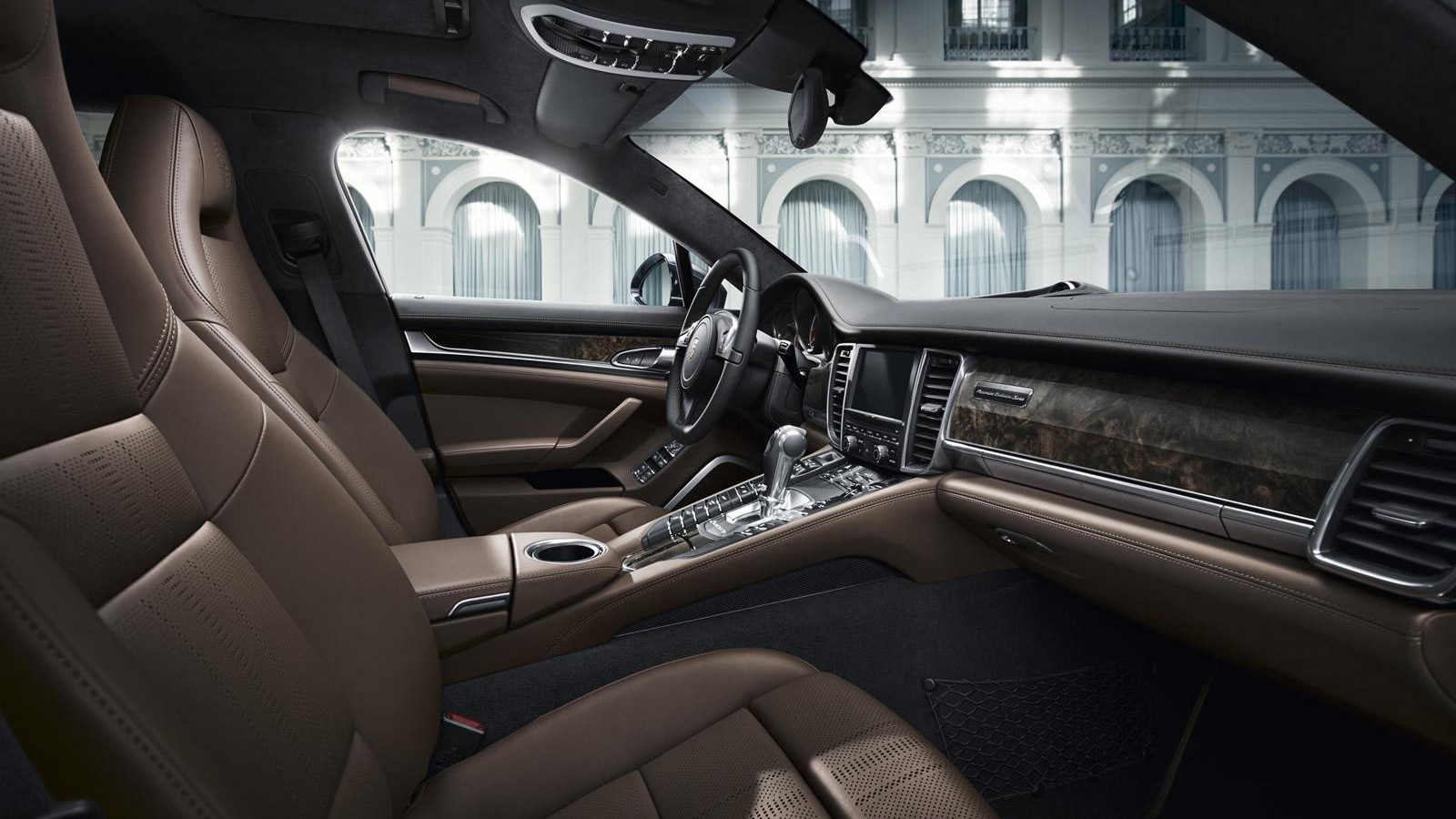 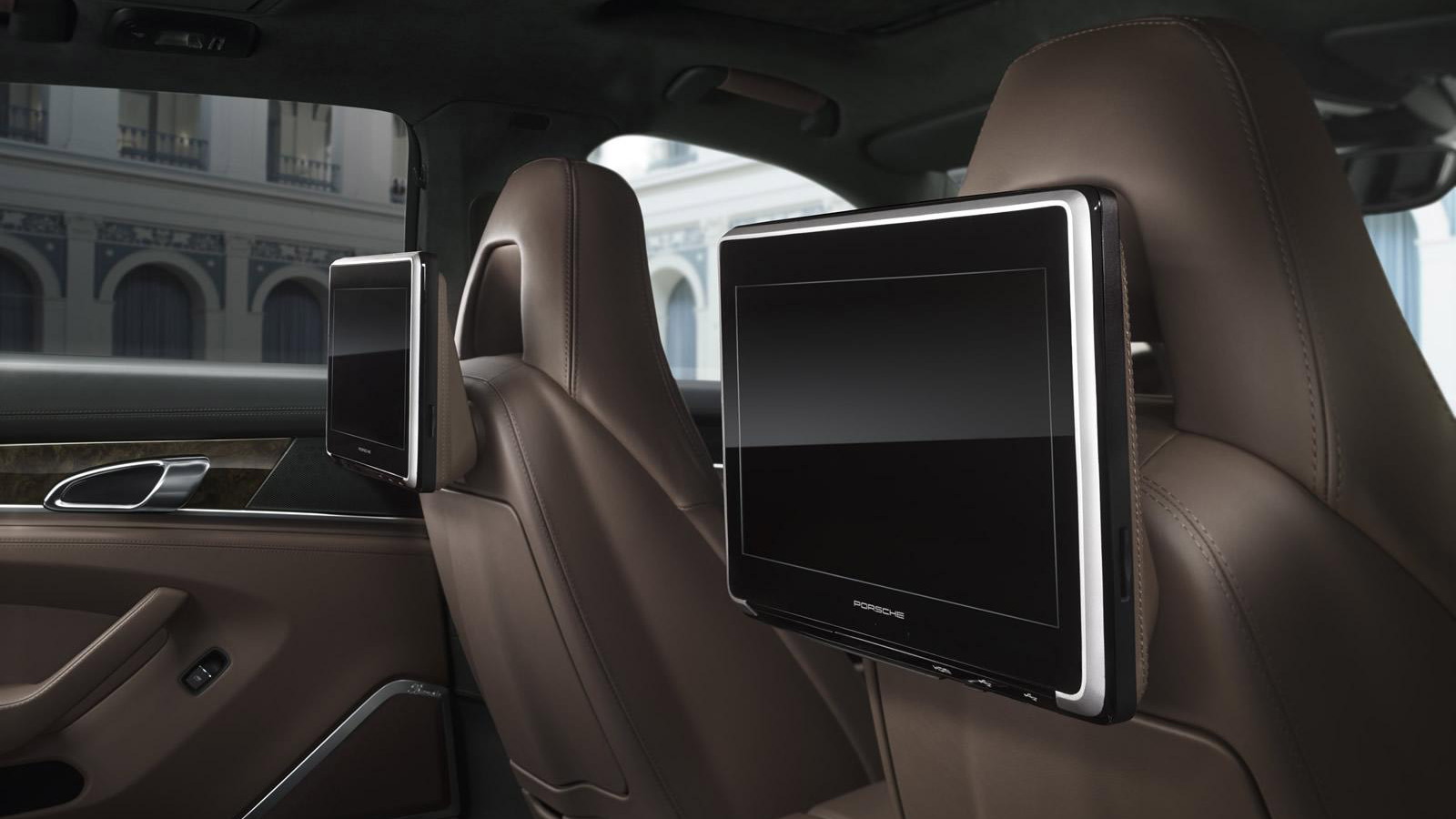 5
photos
The new 911 Carrera GTS models won’t be the only new Porsches on show at next month’s 2014 Los Angeles Auto Show, as the German automaker has today revealed a new special edition based on the Panamera. The new special edition is called the Exclusive Series, and as its name suggests has been developed by the Porsche Exclusive personalization department.

The special edition is available only in range-topping Panamera Turbo S Executive trim and is targeted at high-flying businessmen that typically have a chauffeur among their staff. The Executive Panameras are slightly longer than the standard models and come with a pair of bucket seats in the rear plus plenty of available extras to keep those in the back happy.

Unique to this special edition model is two-tone, graduated paintwork, all applied by hand. As the photos show, the car is mostly black but along the flanks there is a contrast of chestnut brown. The grille and rear diffuser and also painted solid black and this is matched on the 20-inch wheels which feature a Sport Classic pattern.

The interior is also very elegantly finished. All of the seats and the lower door panels are covered in Poltrona Frau leather that has been dyed chestnut brown. The leather being used for this special edition is all hand-picked and exceptionally soft, and the perforation on the seats is in the shape of the Porsche crest.

Another highlight is Porsche’s Rear Seat Entertainment System Plus, which debuts on this model. The main components of the multimedia system  are two 10.1-inch touchscreens in the back with built-in camera and integrated DVD player, and also featured is a Burmester sound system.

No changes are made to the powertrain, a twin-turbocharged 4.8-liter V-8 dishing out 570 horsepower and 553 pound-feet of torque (590 pound-feet with overboost). Owners can expect 0-60 mph acceleration in 3.6 seconds and a top speed of 192 mph.

Just 100 examples will be built and all with come with a plaque showing its individual limited edition number. Pricing is set at $264,895, including a $995 destination charge.