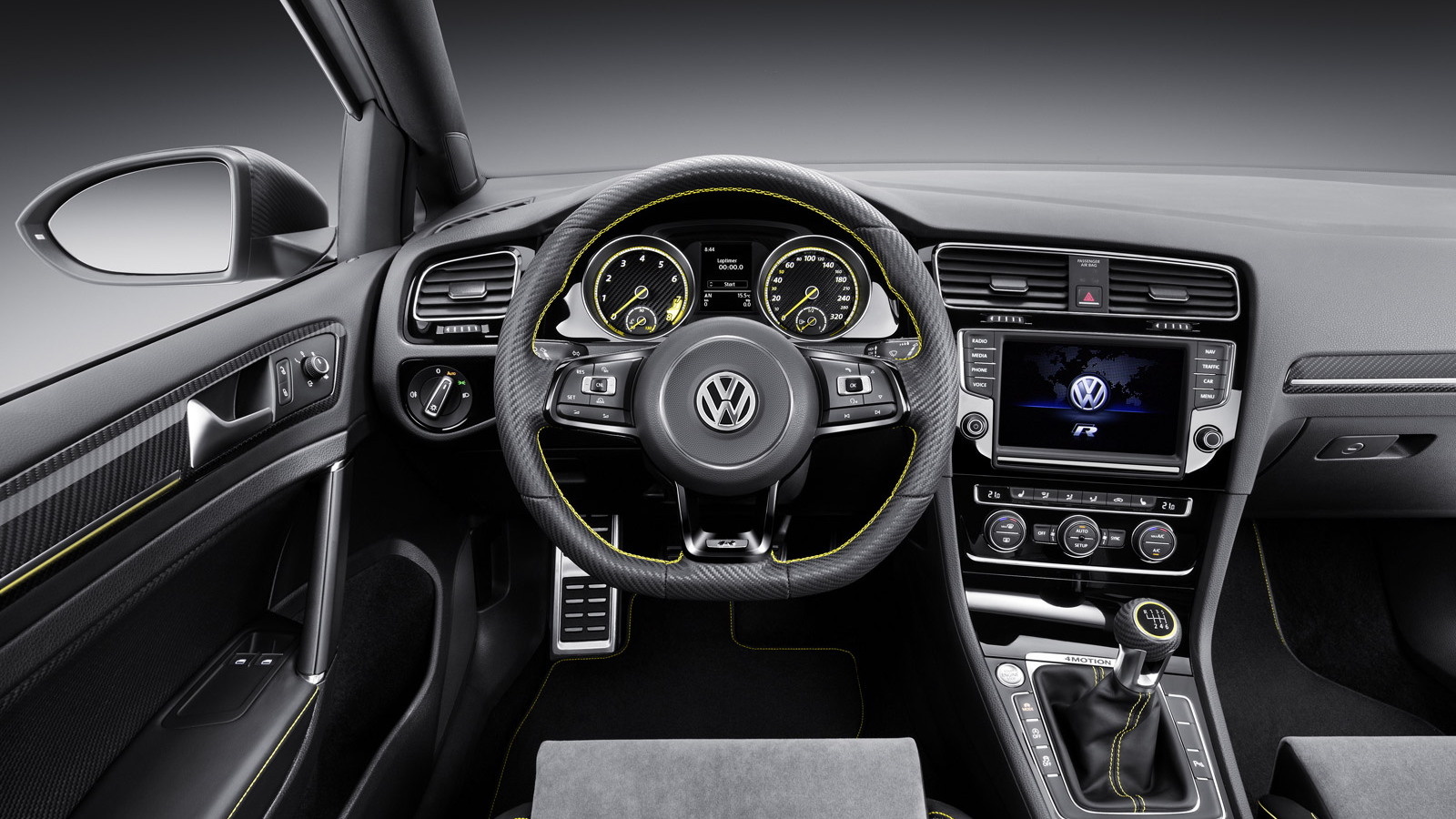 11
photos
If you thought the latest 2015 Golf R was going to be the most extreme version of the seventh-generation Golf, then you’d be wrong. Volkswagen has just rolled out a 395-horsepower version of its latest Golf, and though it’s strictly a concept at this point the German automaker says the hotted-up hatch reflects the sporty potential of the Golf series.

The concept, which was revealed today on the eve of the 2014 Beijing Auto Show, is called the Golf R 400 (400 refers to its metric horsepower measurement, ps) and performance is impressive for a compact hatch: VW quotes a 0-62 mph time of 3.9 seconds, and a super-sedan baiting top speed of 174 mph. Peak torque, meanwhile, is a tick under 332 pound-feet.

In order to reach this kind of performance, the regular Golf R’s turbocharged and direct-injected 2.0-liter four-cylinder received significant tuning, and the 4MOTION all-wheel drive with an electro-mechanical Haldex multi-plate clutch helps transfer the shove to the wheels. In normal driving, power goes to the front wheels to help boost efficiency, but the rear axle can be variably engaged in fractions of a second as soon as this becomes necessary. This is done by means of the aforementioned Haldex coupling that is activated by an oil pump.

The transmission is VW’s six-speed DSG dual-clutch. A number of electronic driving aids are also featured, including electronic differentials that are integrated with the electronic stability control  system. And there is VW’s XDS+ system on both the front and rear axles, which brakes the wheels at the inside of a bend during fast cornering, and which optimizes steering response to also serve as a transverse differential lock.

Also helping with the handling is a sport suspension setup: a MacPherson-type suspension with lower wishbones is used at the front while a multi-link setup can be found at the rear. The wheels measure 19 inches across and are shod with 235/35 size tires.

Volkswagen says the Golf R 400 weighs just 3,130 lbs (over 100 lbs less than the current Golf R) thanks to a stripped-out cabin and carbon fiber panels. The latter manifest themselves visually with wider wheel arches--a nod to the 1988 Rallye Golf G60--and deep front and rear bumpers. Aerodynamic aids consist of the new front splitter, side sills, dual rear spoilers and a rear diffuser.

Inside, racing buckets are featured and come trimmed in Alcantara and a special leather that resembles carbon. Carbon is also the dominant material for accents in the doors and on the passenger's side of the dashboard--in contrast to the exterior, however, it is coated here in a glossy rather than the matte clear coat you find outside. The center console accents, cockpit surround and trim around the air nozzles all feature a glossy black piano finish.

Unfortunately, the car is strictly a concept at this stage--though Volkswagen is known to be testing a harder, faster model with dedicated performance components. It's been seen at the Nürburgring wearing GTI body trim and may end up sharing some elements with the Golf R 400, if in fact it enters production.