The updates to the 2015 Dodge Challenger may be hard to spot, but they make the latest 2015 model a significantly better car than the outgoing model. At the top of the list is an eight-speed automatic transmission, which not only boosts performance but also smoothness and efficiency. Sadly, we are yet to see what the SRT camp plans to do with the car. 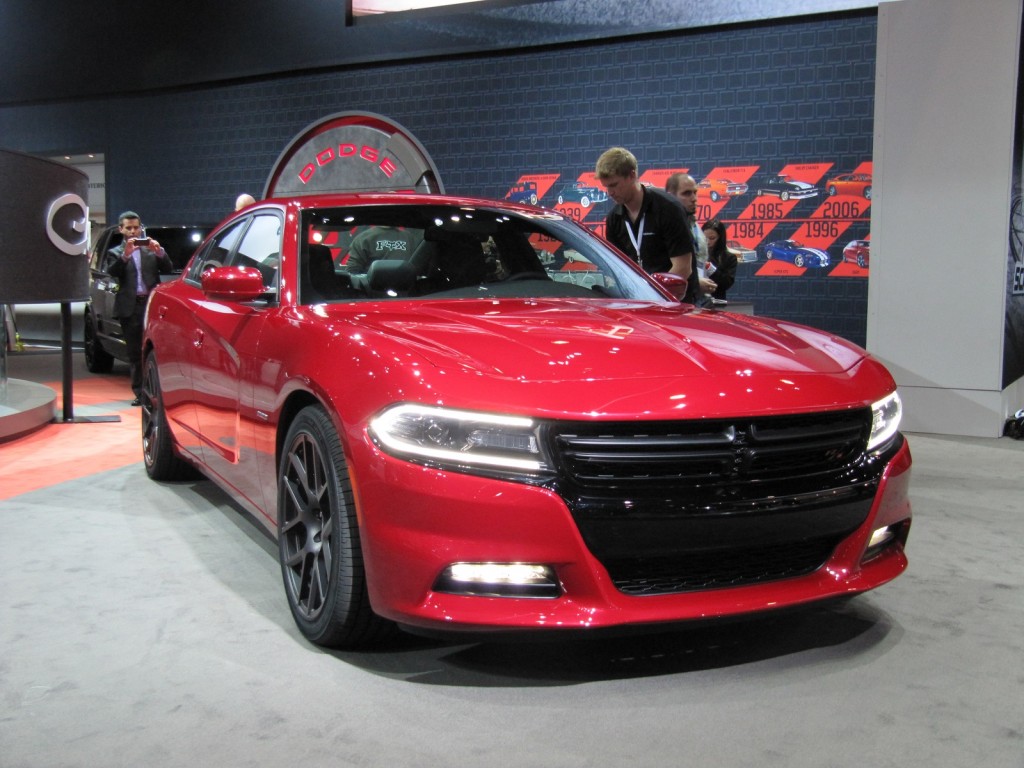 The 2015 Dodge Charger proved to be one of the most controversial unveilings in New York this week. The key criticism was that the once muscular Charger now resembles the humble Dart. At the same time, there are many that praised the Dodge design team’s take on modern muscle. 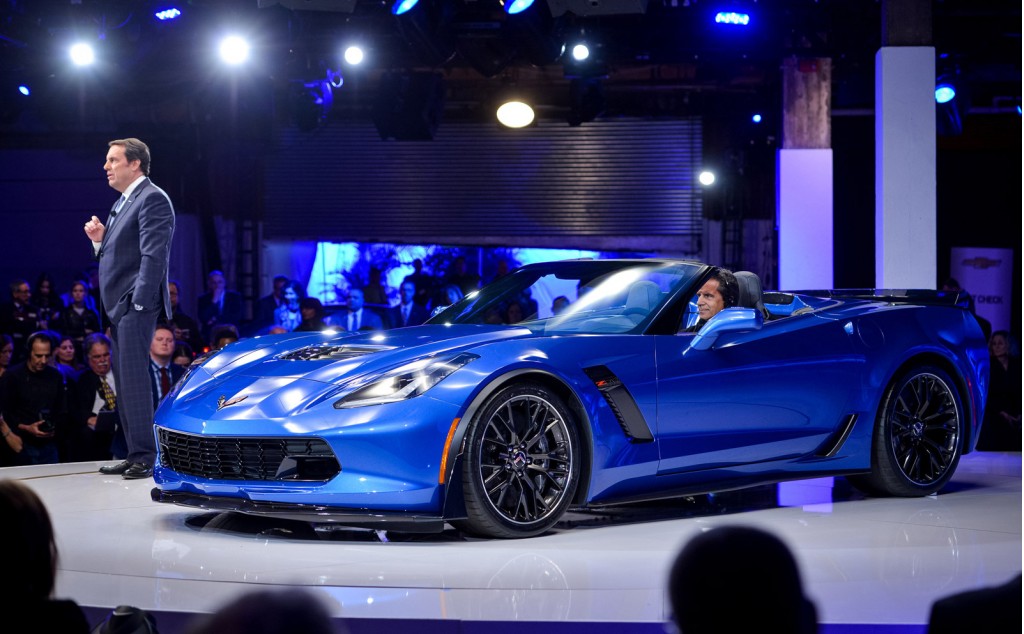 One of the most impressive cars on show this week, both in performance and style, was the 2015 Chevrolet Corvette Z06 Convertible. The car’s aluminum structure is some 20 percent stiffer than the previous, fixed-roof Z06. And because there are no structural reinforcements needed, the Z06 Convertible’s curb weight is nearly identical to the regular Z06. 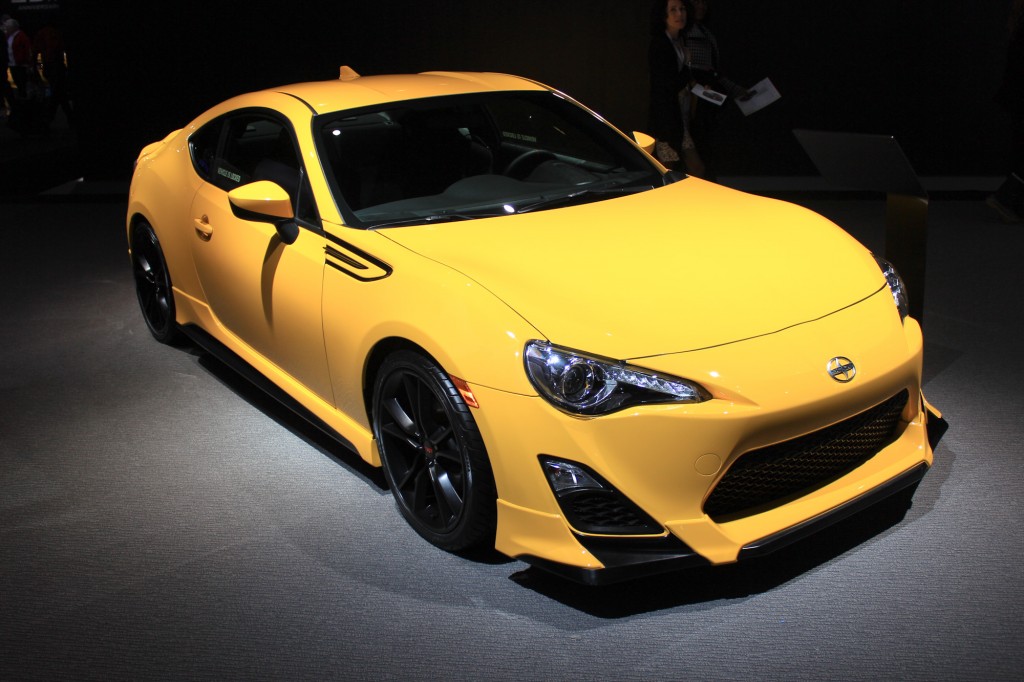 Scion’s new FR-S Release Series 1.0 was one of the major surprises of this week’s show. It doesn’t offer any serious performance mods, but it looks great in its Yuzu yellow color scheme. 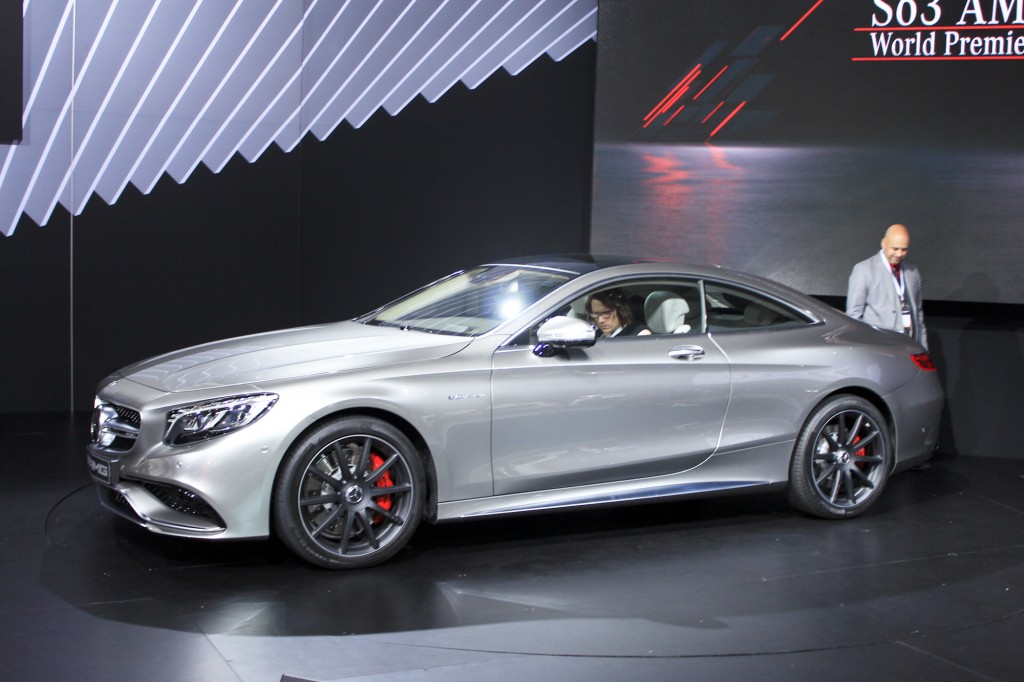 The 2015 Mercedes-Benz S63 AMG 4MATIC Coupe was easily one of the most menacing cars on show in New York. In addition to its muscular proportions and brooding looks, the car packs a sledgehammer of an engine delivering 585 horsepower and 664 pound-feet of torque. 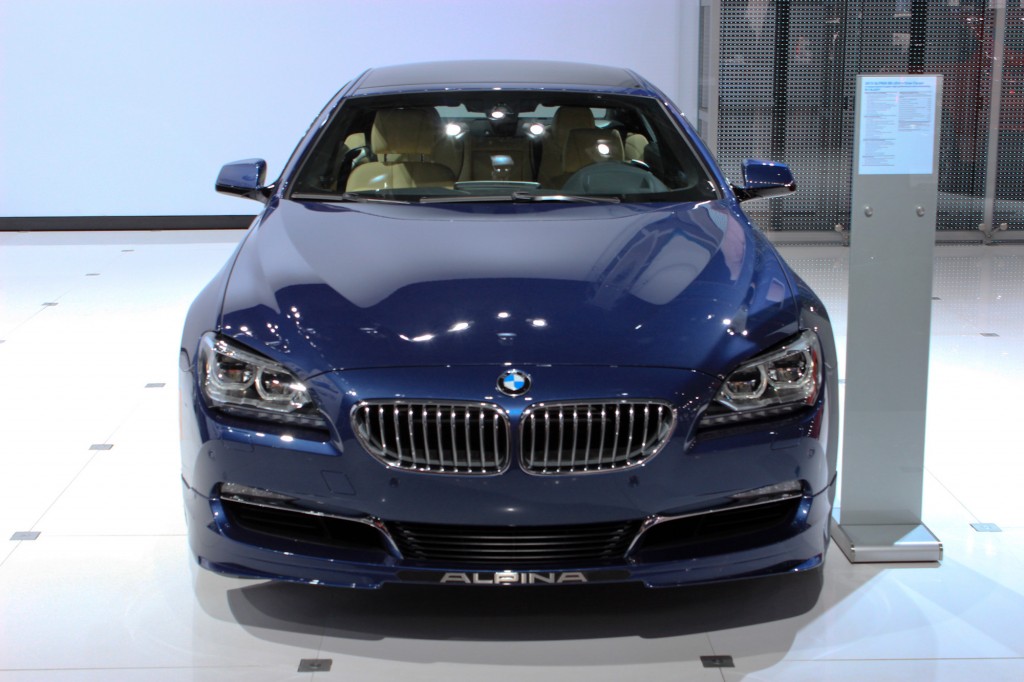 To counter the Mercedes above, BMW had the 6-Series-based Alpina B6 xDrive Gran Coupe on its stands. This stylish four-door coupe comes with 540 horsepower and 540 pound-feet of torque and is quicker than an M6. 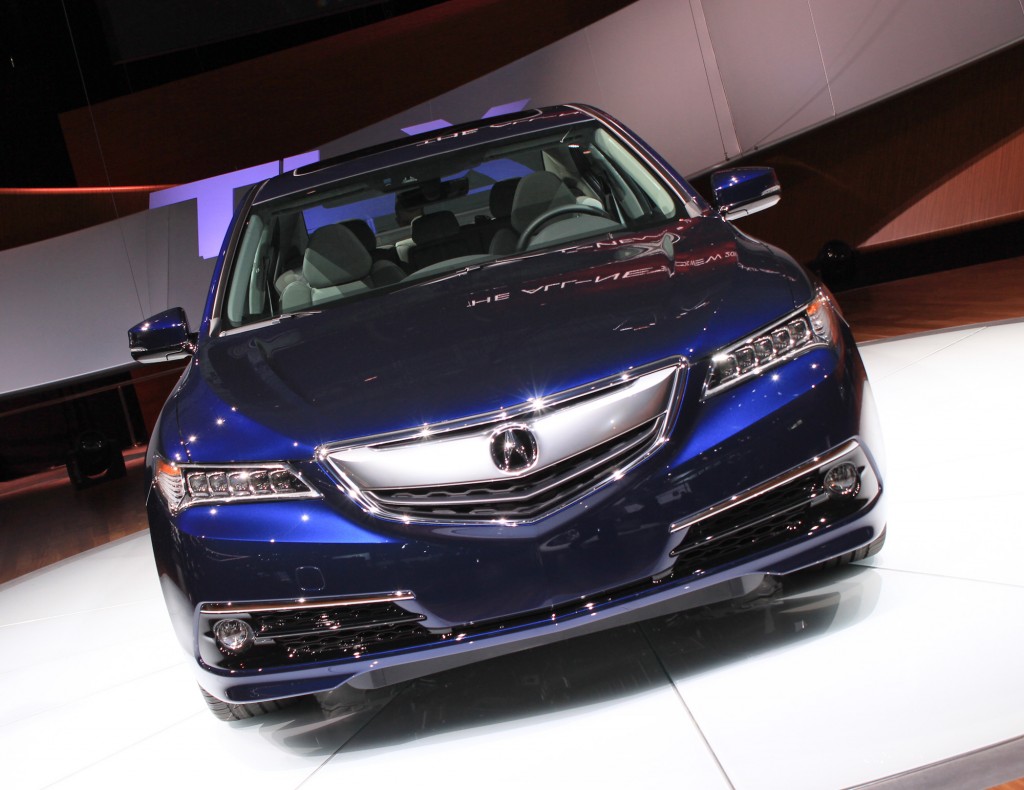 Acura used the New York Auto Show to launch its new 2015 TLX, the replacement for both the TL and TSX sedans. In designing the 2015 TLX, Acura has managed to reduce the curb weight considerably compared to the previous TL. This is despite the two cars having a similar wheelbase and the TLX being packed with a lot more features. 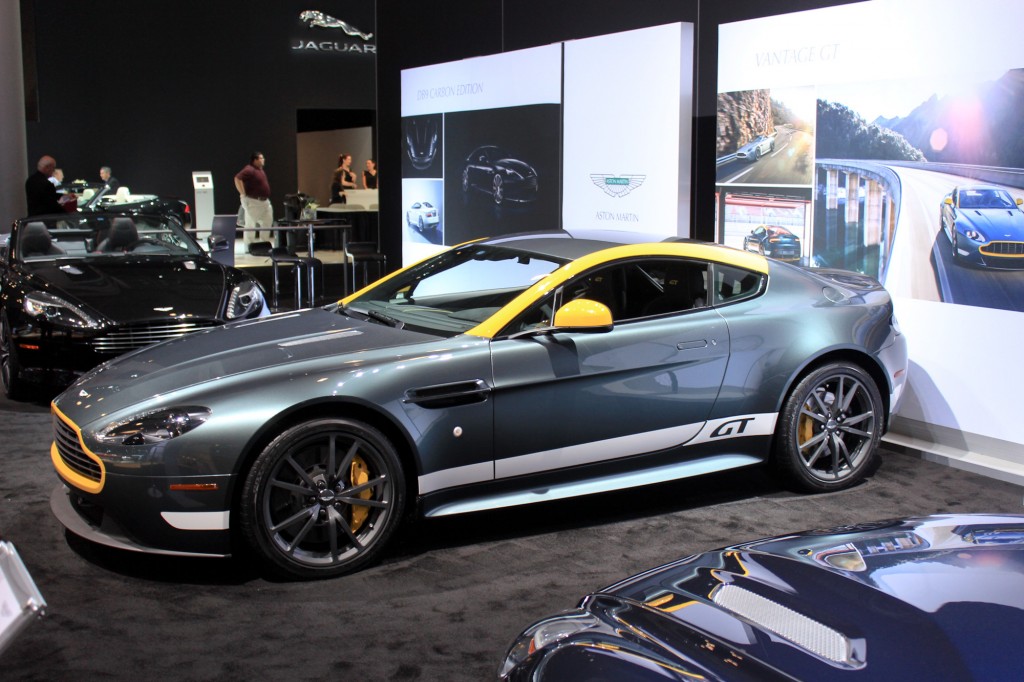 Aston Martin launched two new special editions at the New York Auto Show this week, but the cars aren’t completely new as we saw them a month ago at the 2014 Geneva Motor Show. One is based on the DB9 and the other on the V8 Vantage. Incredibly, the starting price of the latter is less than $100k. 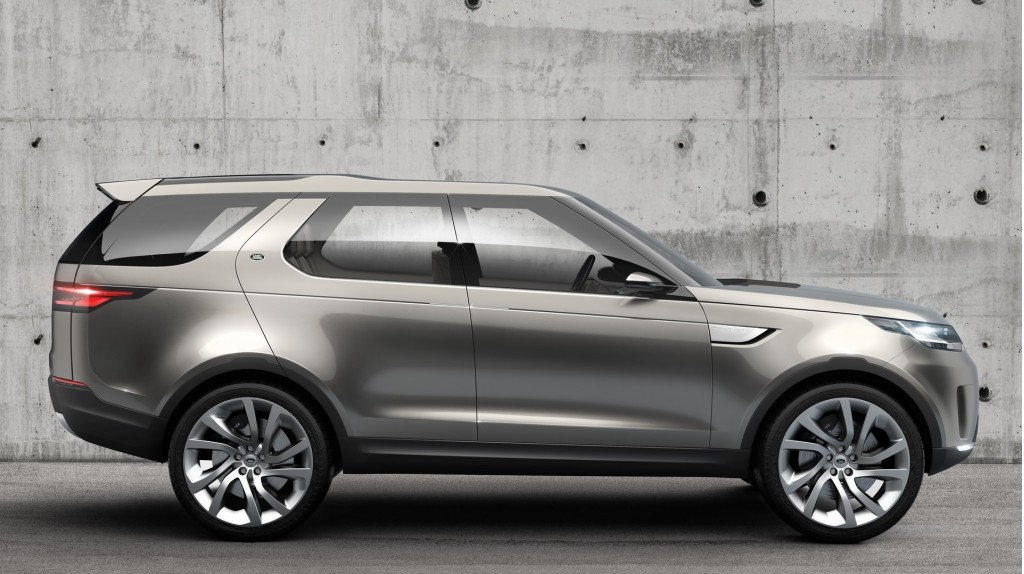 Land Rover used the New York Auto Show to present a concept that previews its new technology and styling themes. The automaker also confirmed that the first model from its recently announced Discovery family would be the Discovery Sport, which will replace the LR2 in the automaker’s lineup. 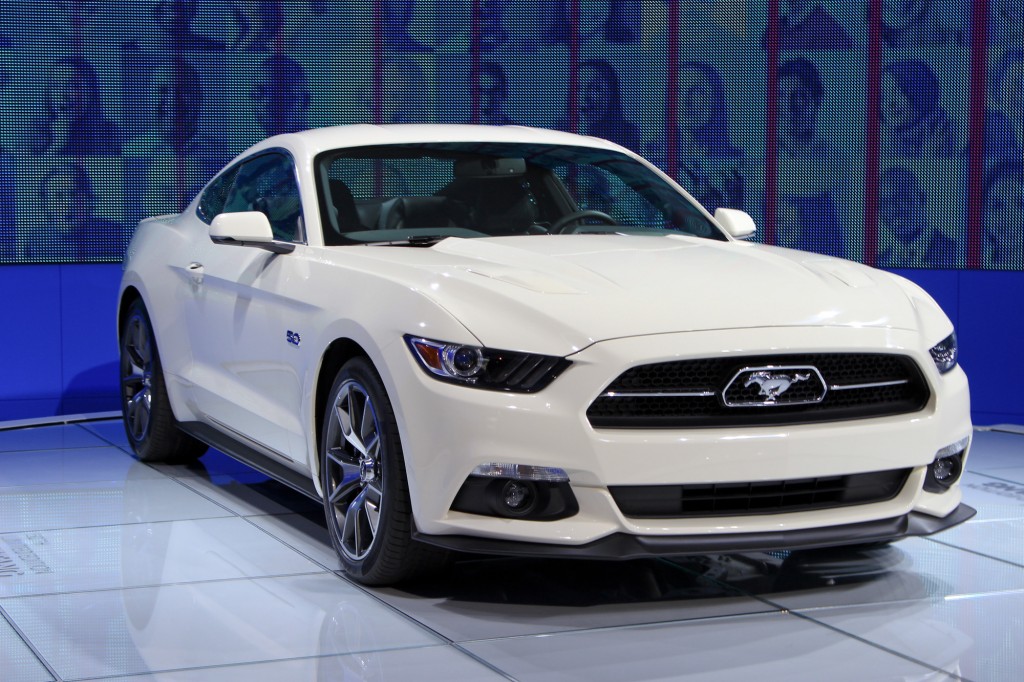 Last but not the least, the automotive icon that is the Ford Mustang turned 50 this week, and to mark the occasion Ford rolled out this stunning Mustang 50 Year Limited Edition. The vehicle is based on the latest 2015 Mustang GT and features a number of unique elements that Ford promises not to use on other Mustangs.

To see all the rest of the cars on show this week at the 2014 New York Auto Show, simply head to our dedicated hub.