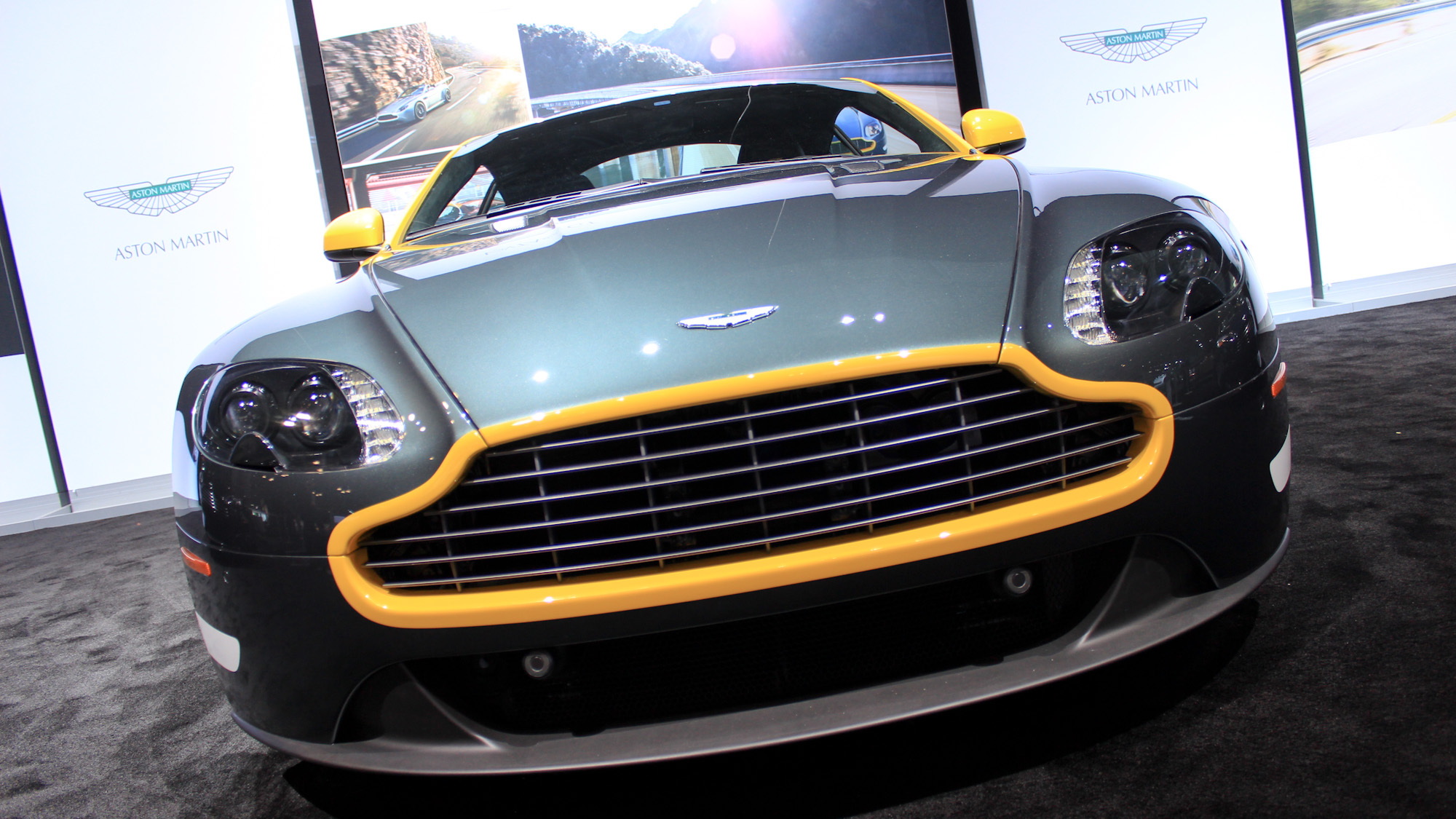 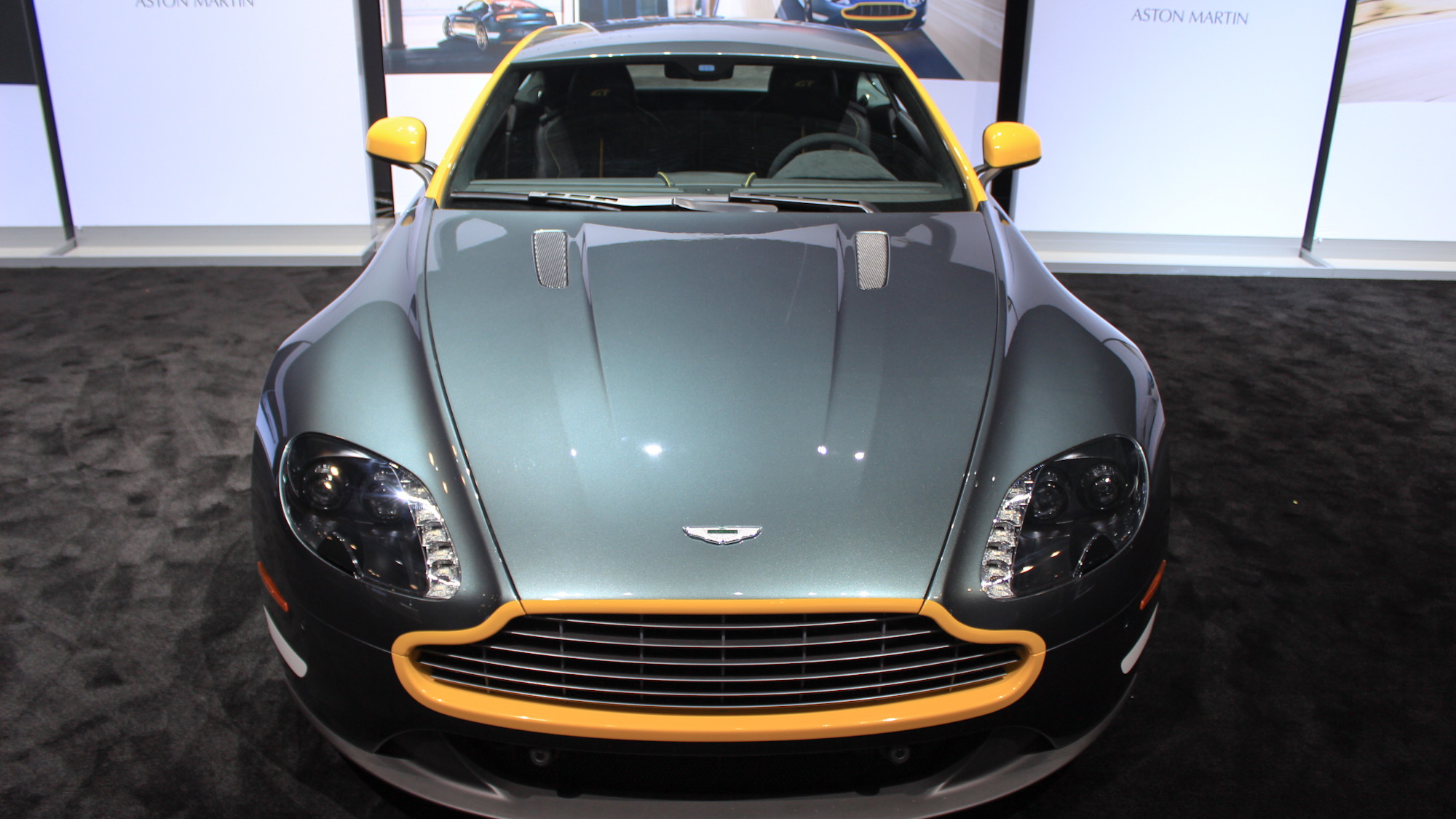 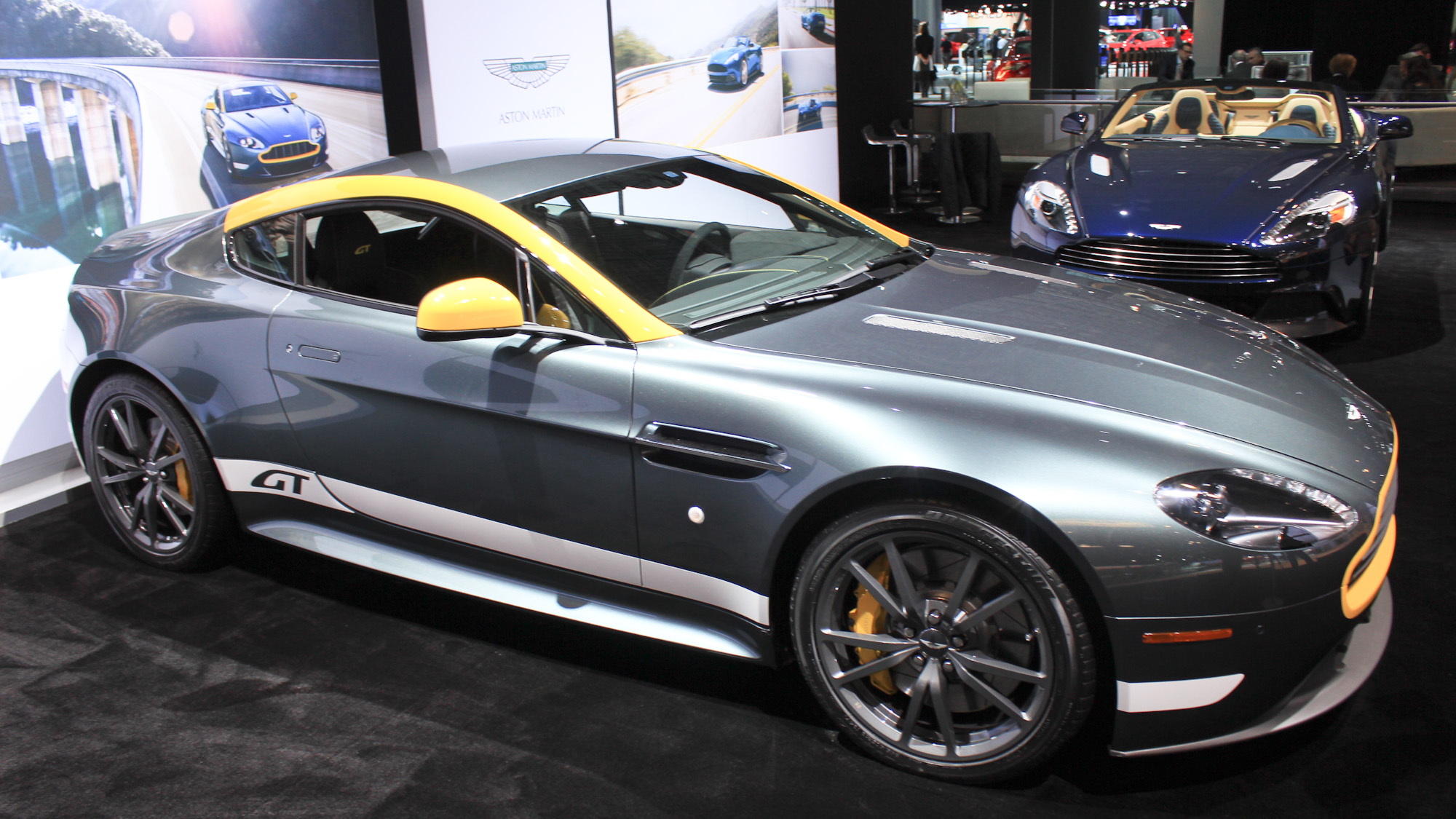 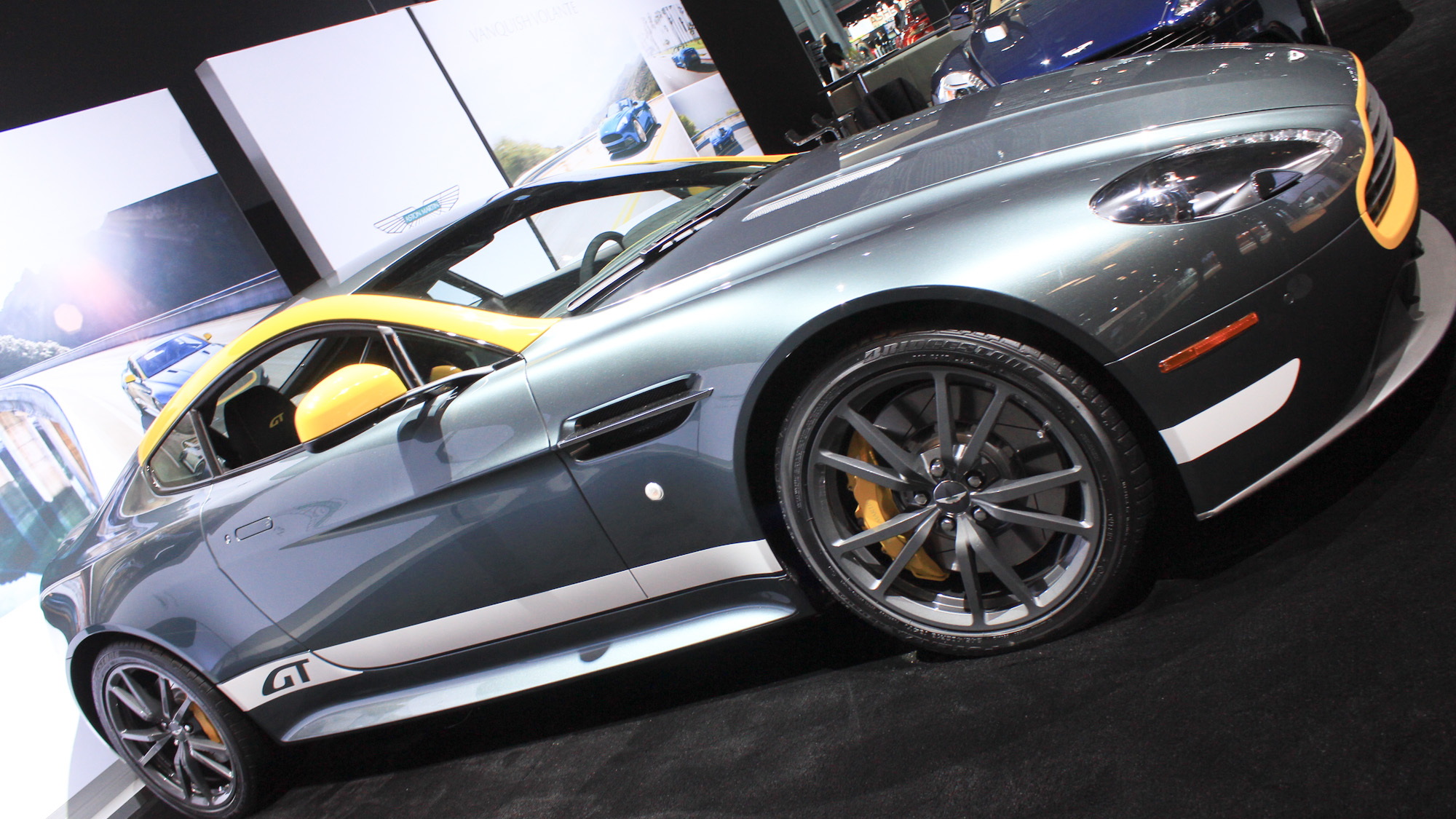 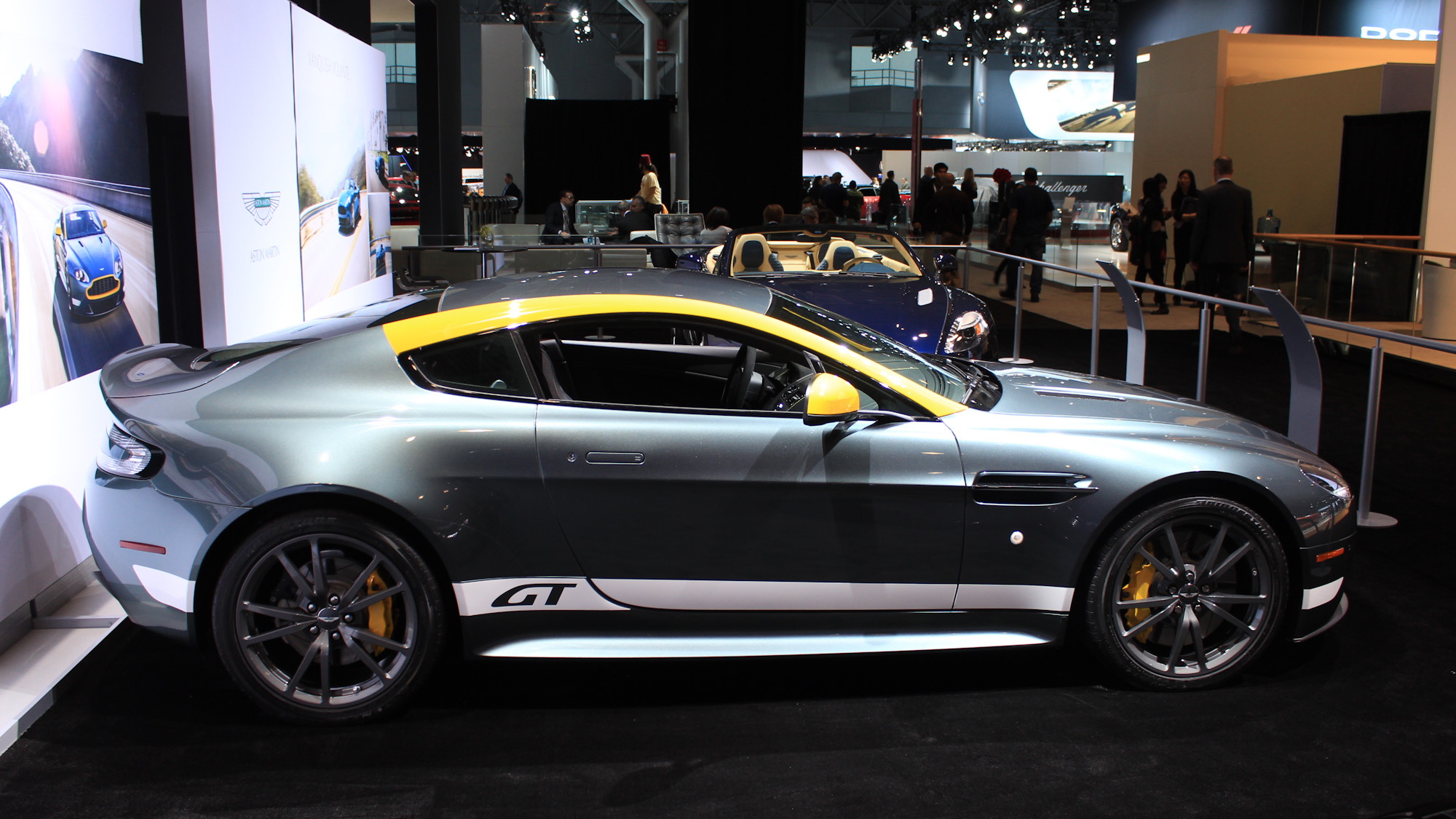 25
photos
Aston Martin has launched two new special editions at the 2014 New York Auto Show this week, but the cars aren’t completely new as we saw them a month ago at the 2014 Geneva Motor Show. They’re now being shown in their U.S. specification, and the good news is that we have the all-important pricing details.

First up is the 2015 Aston Martin Vantage GT, which overseas is called the V8 Vantage N430. Perhaps Aston Martin thought its U.S. customers wouldn’t understand the significance of the “N” in the name used for the rest of the world; Aston’s N-badged cars commemorate the marque’s performance in various races held over the years at Germany’s Nürburgring.

Powering the Vantage GT is a 430-horsepower version of the V8 Vantage’s 4.7-liter V-8, which can either be hooked up with a six-speed manual or seven-speed automated manual with paddle shifters. Owners can expect a 0-60 mph time of 4.6 seconds and a top speed of 190 mph.

For the exterior, Vantage GT buyers can choose from a series of eye-catching liveries with optional graphics packs. Inspired by classic Aston racing cars of the past, the liveries feature two-tone paint jobs and special details for the grille, mirror caps and rear diffuser.

Inside, buyers will find a range of new material choices. These include machined carbon sill plaques, black magnesium paddle-shifters for the auto, a carbon fiber gearshift surrounds for the manual, satin chrome rotaries, and leather and Alcantara trim. The seats, meanwhile, are lifted out of the range-topping V12 Vantage S.

Pricing for the 2015 Vantage GT starts at $99,900, and both a coupe and Volante convertible are available.

The second special edition is the 2015 DB9 Carbon Edition, which comes in Carbon Black and Carbon White flavors, although buyers can also choose their own color combinations. Both feature unique elements for the exterior and cabin, such as carbon side strakes, darkened window surrounds and the choice of red, yellow, grey or black brake calipers.Output from the car’s 6.0-liter V-12 remains capped at 510 horsepower and 457 pound-feet of torque, which is enough for a top speed of 183 mph. The standard transmission is a six-speed automatic.

Pricing for the 2015 DB9 Carbon Edition starts at $199,995, and like the Vantage GT the DB9 Carbon Edition also comes as a coupe or Volante convertible. Deliveries of both special editions commence in the third quarter of the year.