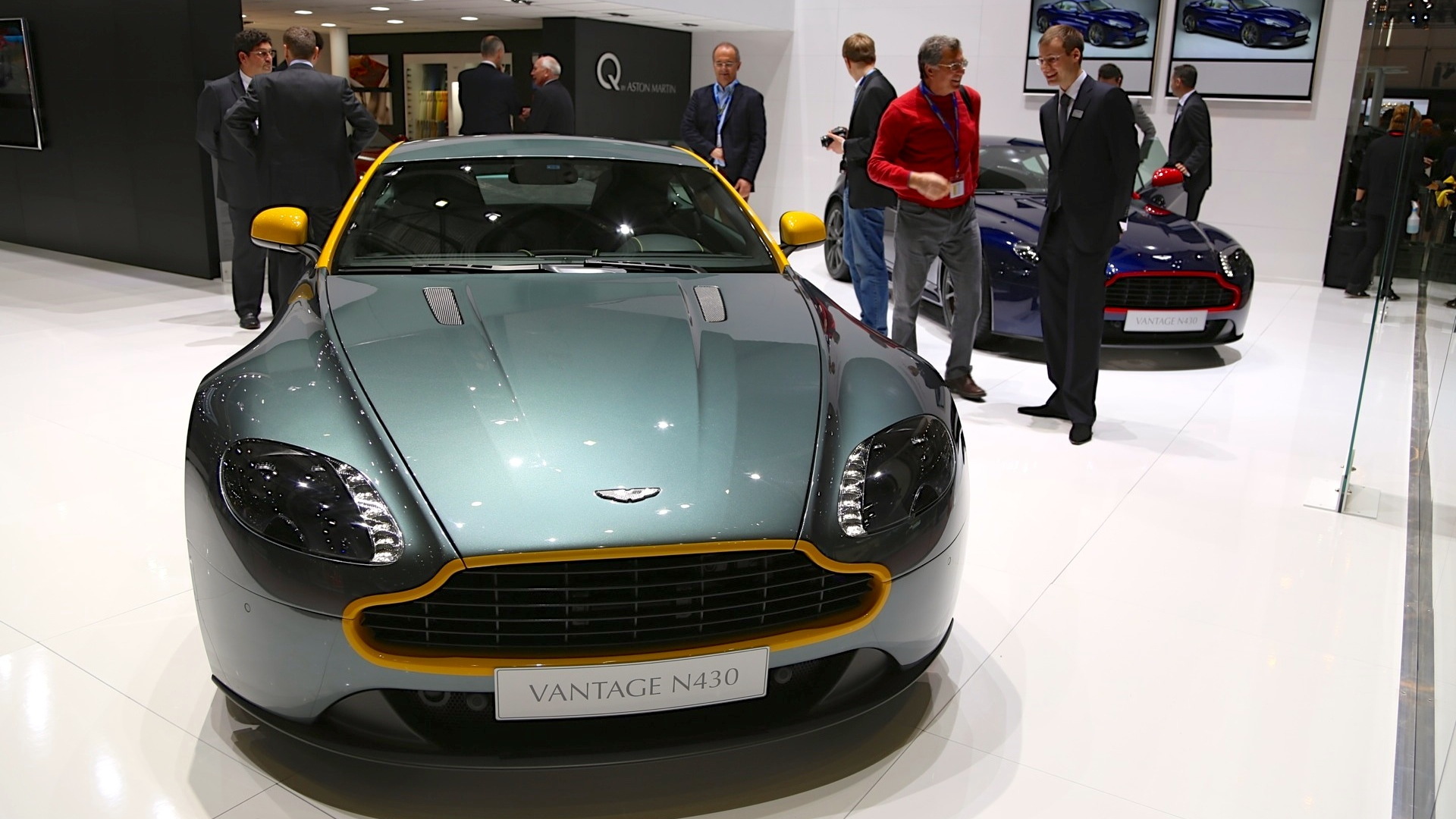 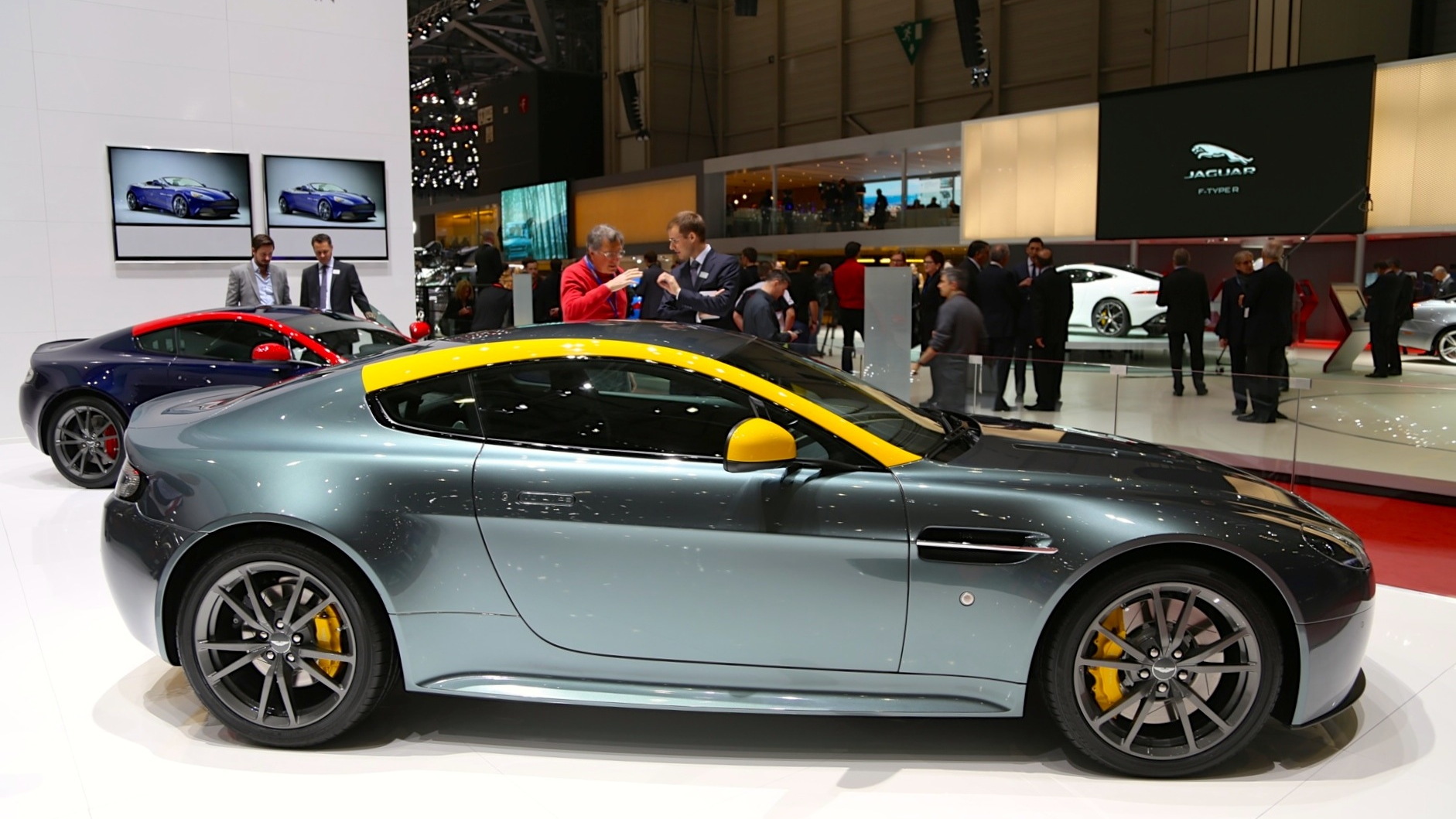 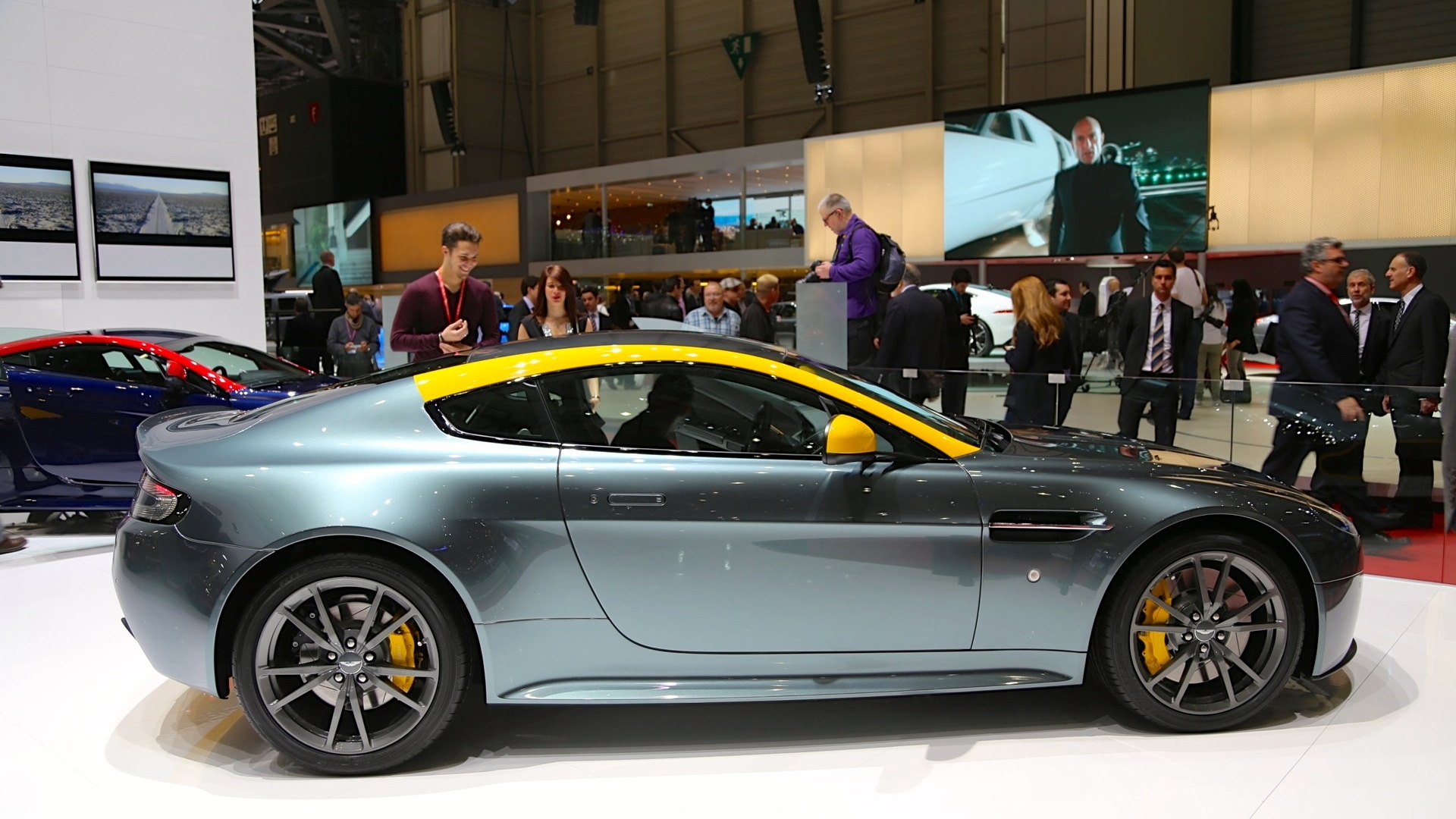 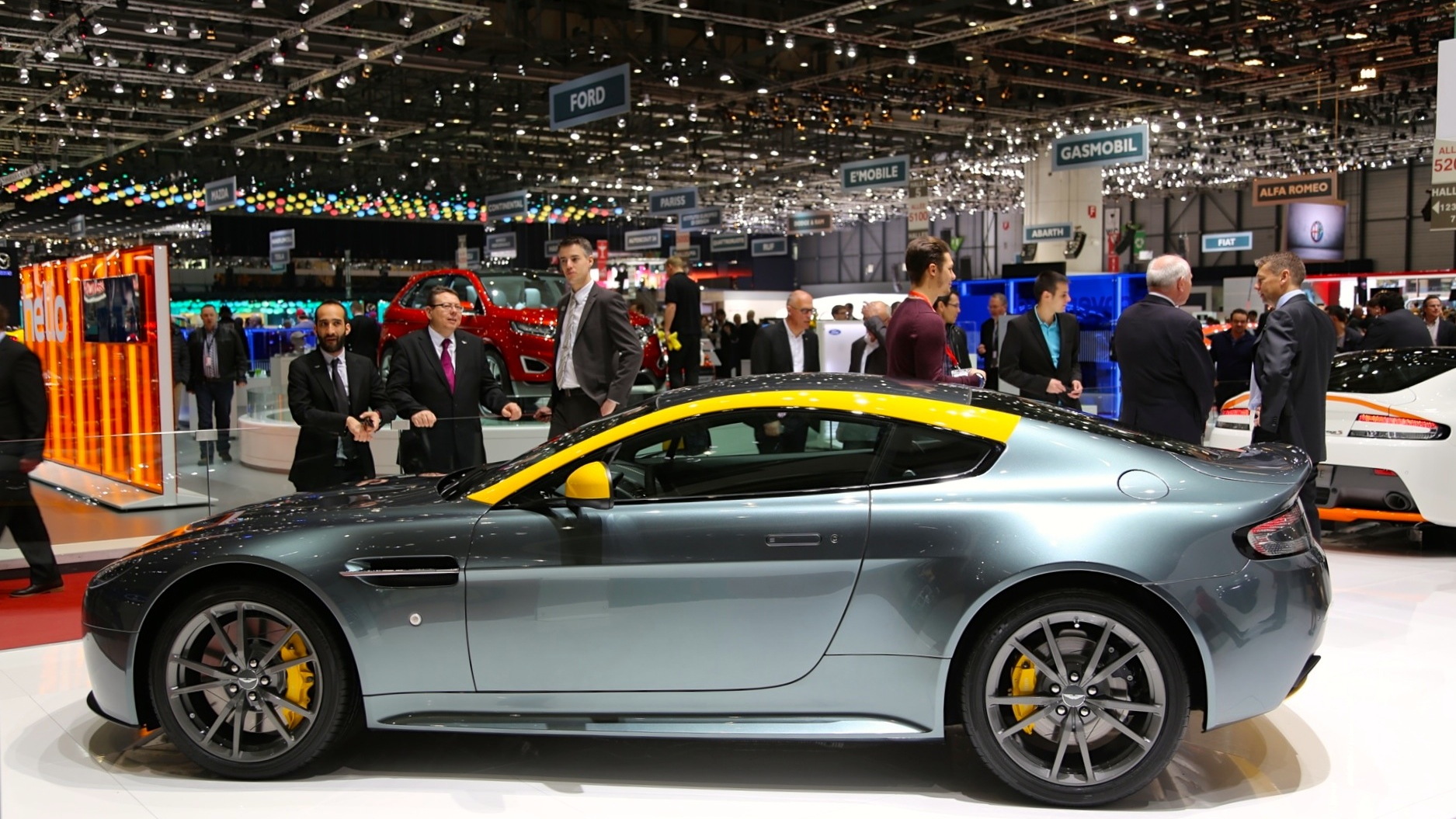 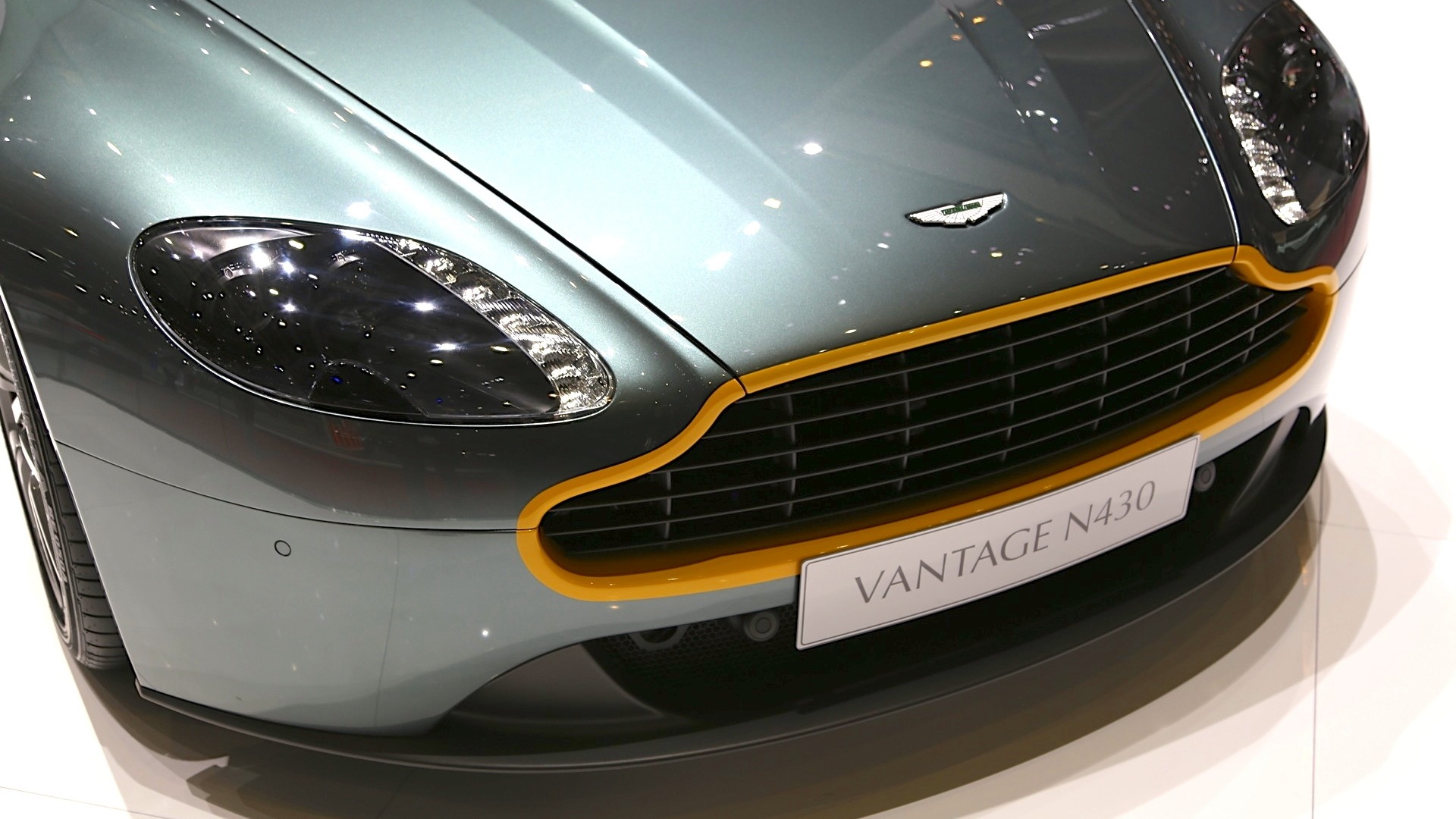 33
photos
Aston Martin is about to launch a new special edition based on its V8 Vantage, which is being shown for the first time at the 2014 Geneva Motor Show today. The new special edition is the V8 Vantage N430, which builds on the heritage of Aston’s successful line of N-badged cars that commemorate the marque’s performance in various races held over the years at the Nürburgring.

The N-badged cars are all developed using experience gained from racing the Vantage in multiple levels of competition, but in particular endurance racing. Some of Aston’s supplied photography even includes its V-8-powered Vantage GTE endurance racer standing next to the new V8 Vantage N430, although the new special edition is more closely aligned with the Vantage GT4 race car.

As you may have guessed, the “430” in the title represents the horsepower output, which the car’s dry-sumped 4.7-liter V-8 engine delivers at 7,300 rpm, just like in the V8 Vantage S. The engine is paired with either a six-speed manual or seven-speed automated manual with paddle shifters, and will rocket the car from 0-60 mph in just 4.6 seconds and see it reach a top speed of 190 mph.

Thanks to the addition of carbon fiber and Kevlar racing buckets in the cabin, forged alloy wheels and a special thin paint finish, Aston engineers managed to shed 44 pounds from the curb weight of the regular V8 Vantage, which should equate to a more nimble feel. The suspension and steering have also been tuned for improved track performance, and these are joined by a few aero tweaks.

Inside, as out, the V8 Vantage N430’s sporting associations are unmistakable with new interior features and materials such as machined carbon sill plaques, N430 seat logos, black magnesium paddle shifters for the auto or a carbon fiber gearshift surround for the manual. Some options include a Bang & Olufsen BeoSound premium sound system and a green and yellow paint scheme that nods to Aston’s most famous motorsport triumph, the legendary DBR1.

The Aston Martin V8 Vantage N430 is available in both coupe and convertible bodystyles and goes on sale in Europe this September. A U.S. launch should follow shortly after.

Also in Geneva, Aston Martin is showing new Carbon Black and Carbon White DB9 special editions. You can catch our full coverage of the Swiss event via our dedicated hub.