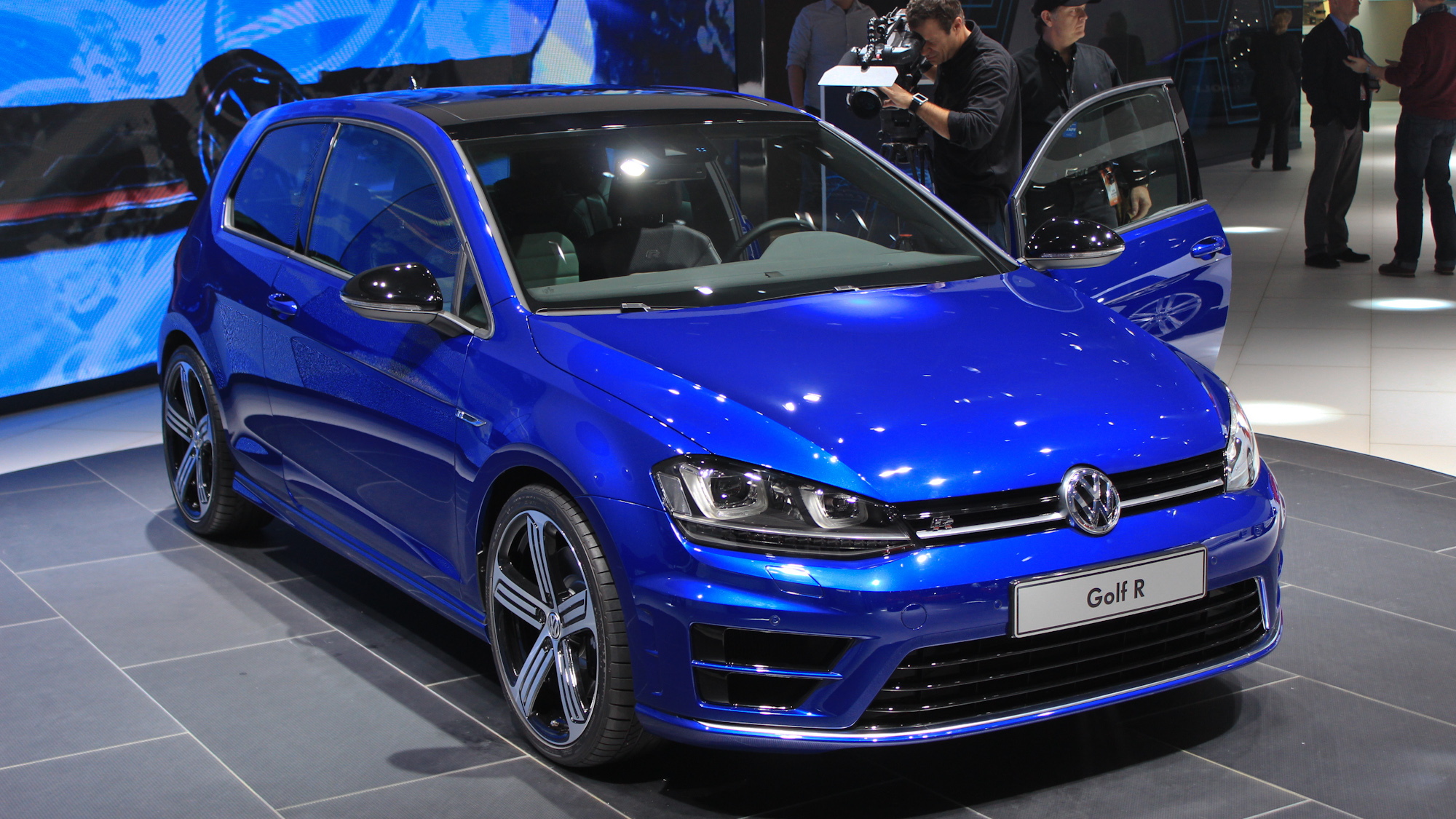 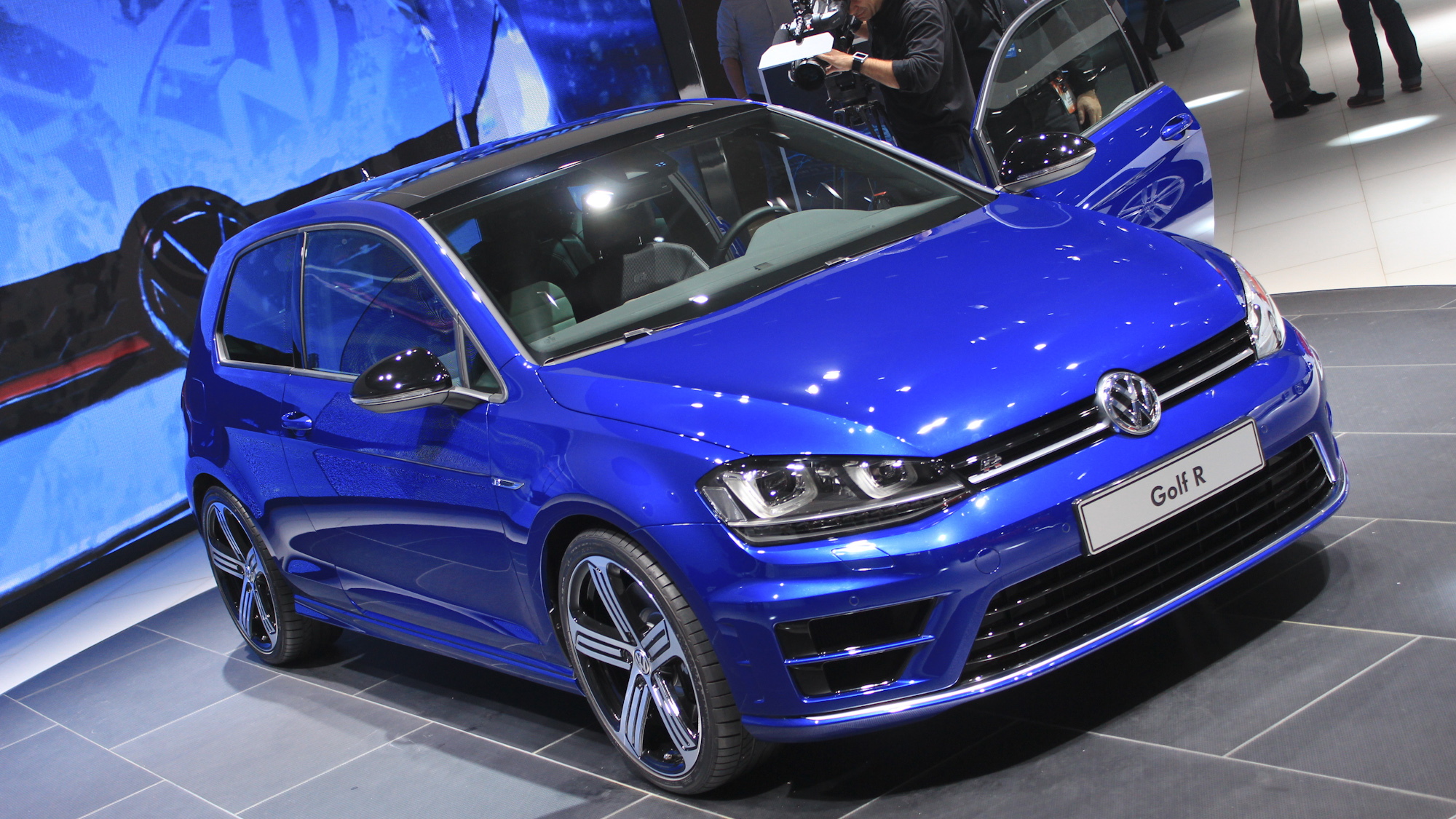 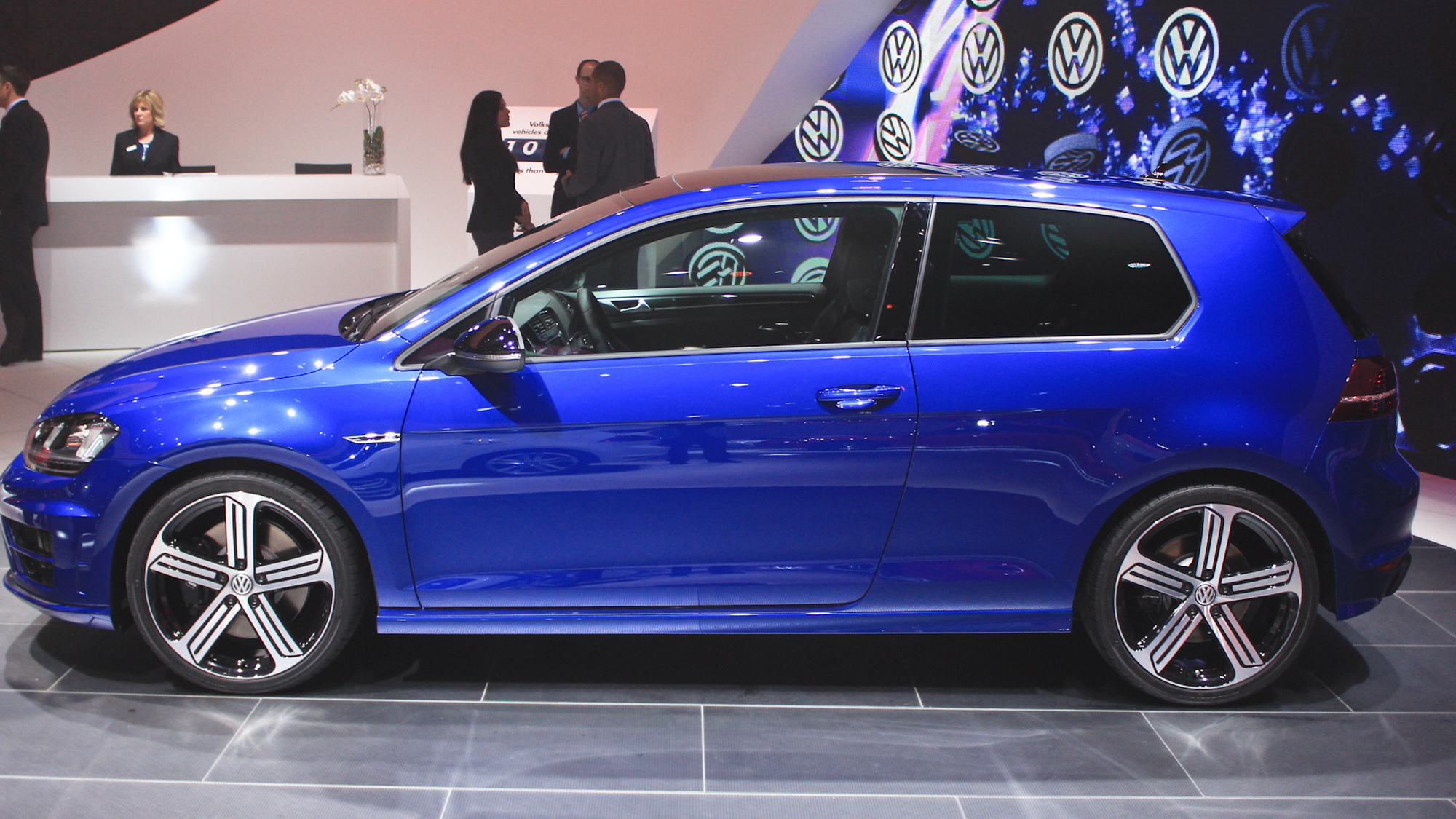 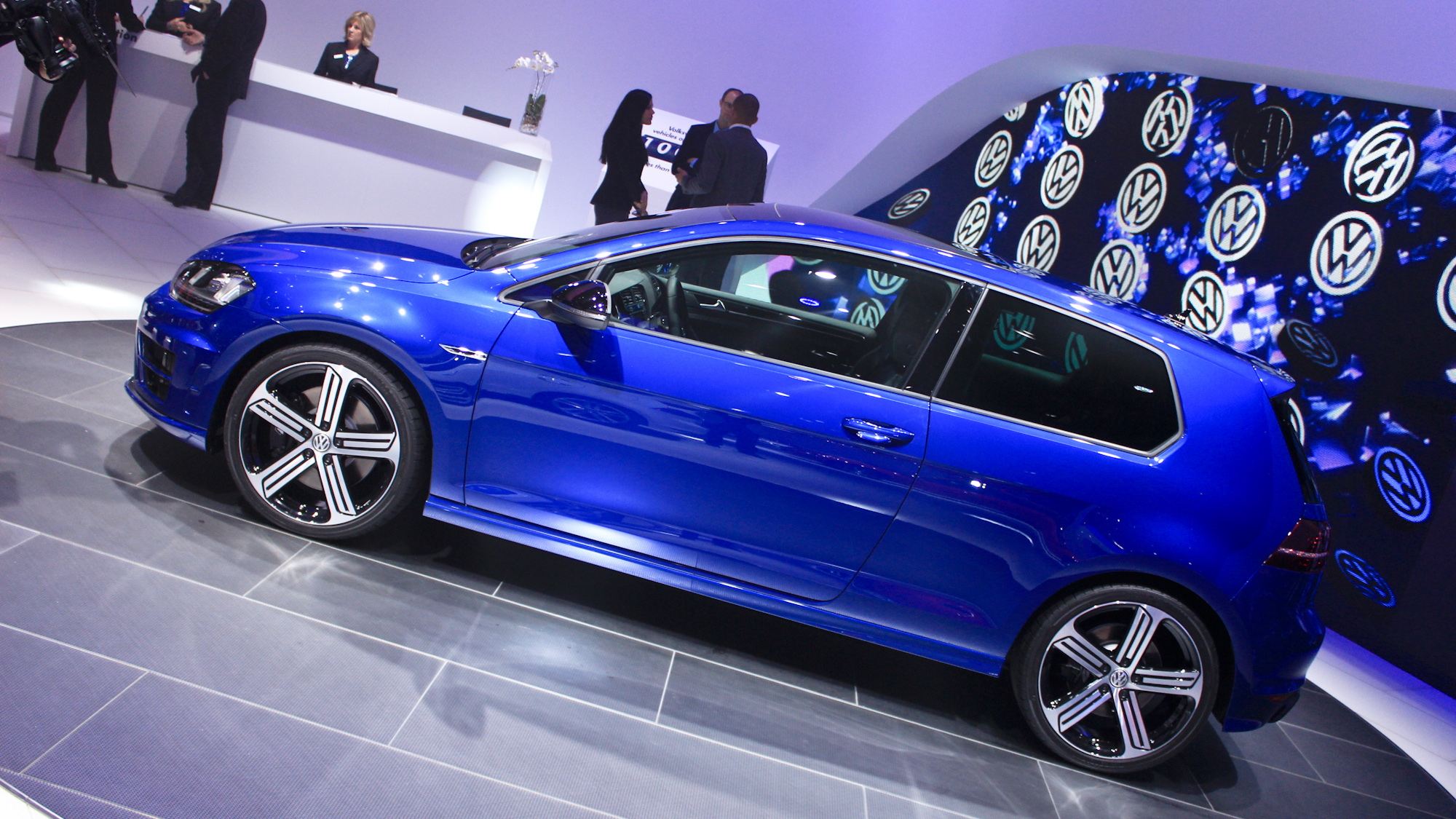 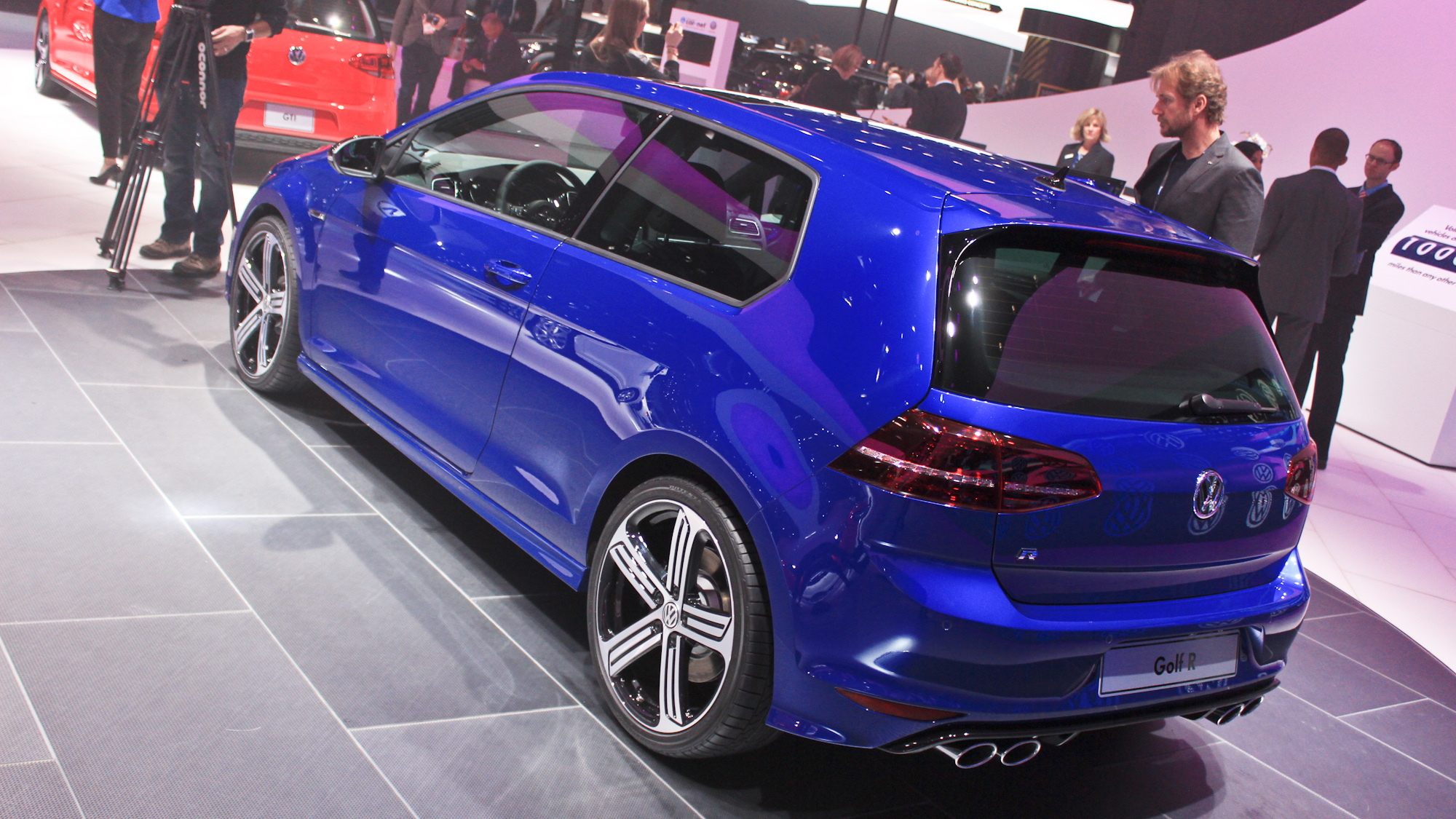 35
photos
It’s been out in the open for several months now, but Volkswagen has finally confirmed a U.S. launch date for its latest Golf R based on the seventh-generation Golf platform. Sales of the new Golf R, in its five-door body only, commence in the first quarter of 2015, more than six months after the regular Golf and sporty GTI variants are scheduled to land in showrooms.

The car’s turbocharged 2.0-liter four-cylinder engine will deliver an estimated 290 horsepower, 34 more than the 2.0-liter mill fitted to the outgoing Golf R. This will make it the most powerful Golf ever sold in North America. Peak torque will register at 280 pound-feet.

Despite the additional horsepower, the new Golf R is expected to be considerably more fuel-efficient than its predecessor: on the European cycle, the car gets a combined figure of 33 mpg with a six-speed manual gearbox, up from 28 mpg. Buyers will also have the choice of a six-speed DSG dual-clutch ‘box; the DSG is the quicker option here, helping to deliver a 0-62 mph time of 4.9 seconds. Manual drivers can expect to hit 62 mph in around 5.3 seconds.

VW’s 4MOTION all-wheel-drive system remains standard. It's a Haldex-based system capable of sending 100 percent of engine torque to the rear wheels when needed. To ensure great chassis dynamics, there's a new sport suspension, speed-sensitive steering, and a stability control system which can now be fully deactivated for track driving by pressing and holding for more than three seconds the ESC button. Even with the stability system switched on, Golf Rs use a sportier setting as standard.

The car also comes with a cross differential lock (XDS) at the front and rear axles. When the car is cornering, brake pressure is applied to the inside wheel to aid traction as soon as the electronics detect excessively light loads. The XDS thereby operates as a transverse differential lock that helps compensate for understeer during fast cornering. The version fitted to the new Golf R is designated XDS+, which has been tuned to function over a greater range of dynamic performance.

U.S. buyers will also be offered as an option a DCC dynamic chassis control system that features a Race mode. In this setting, suspension damping is increased and engine response and the shift points of the transmission are configured to be sportier. Other modes include Comfort, Normal and Sport.

Stopping power in the new Golf R comes from vented steel discs measuring 13.4 inches up front and 12.2 inches in the rear. Black brake calipers with the R logo feature at each corner. The brakes are housed within 18-inch “Cadiz” alloy wheels which are shod with 225/40 size tires. Other exterior details include a full body kit, chrome exhaust tips, bi-Xenon headlights and R badges.

Inside, owners will find sports seats with leather trim (VW doesn’t mention if these are still Recaros), a sports steering wheel, faux carbon accents on the dash, and more R badges. A 5.8-inch touchscreen display will also be fitted. It features proximity sensors so that as soon as the driver or front passenger moves a finger near its surface, the screen automatically switches from display mode to input mode.

Pricing will be released closer to next year’s launch but expect it to fall close to the $35k starting price of the outgoing model. The new Golf R has shown to local audiences for the first time at the 2014 Detroit Auto Show. For more from the show, visit our dedicated hub.