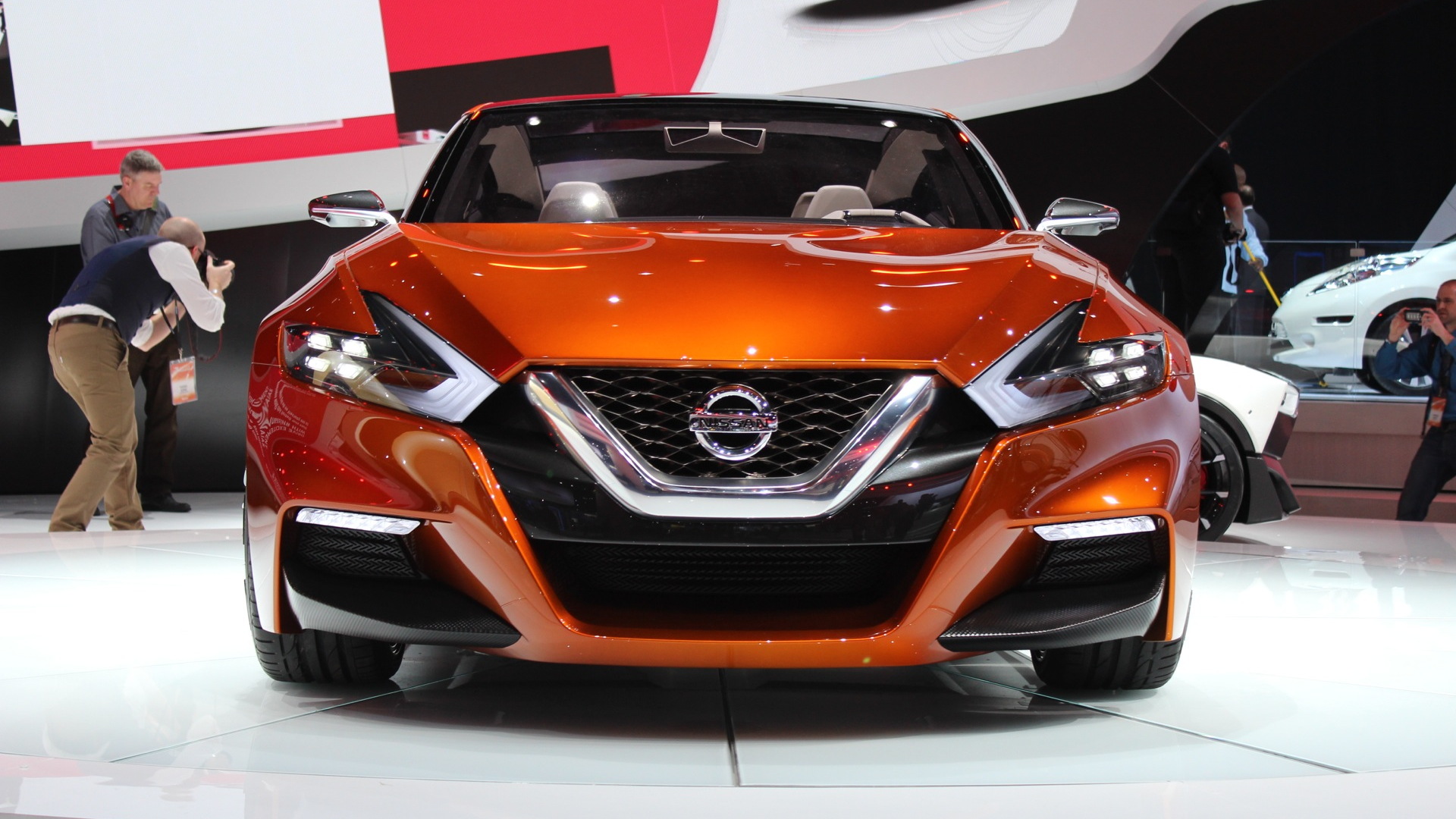 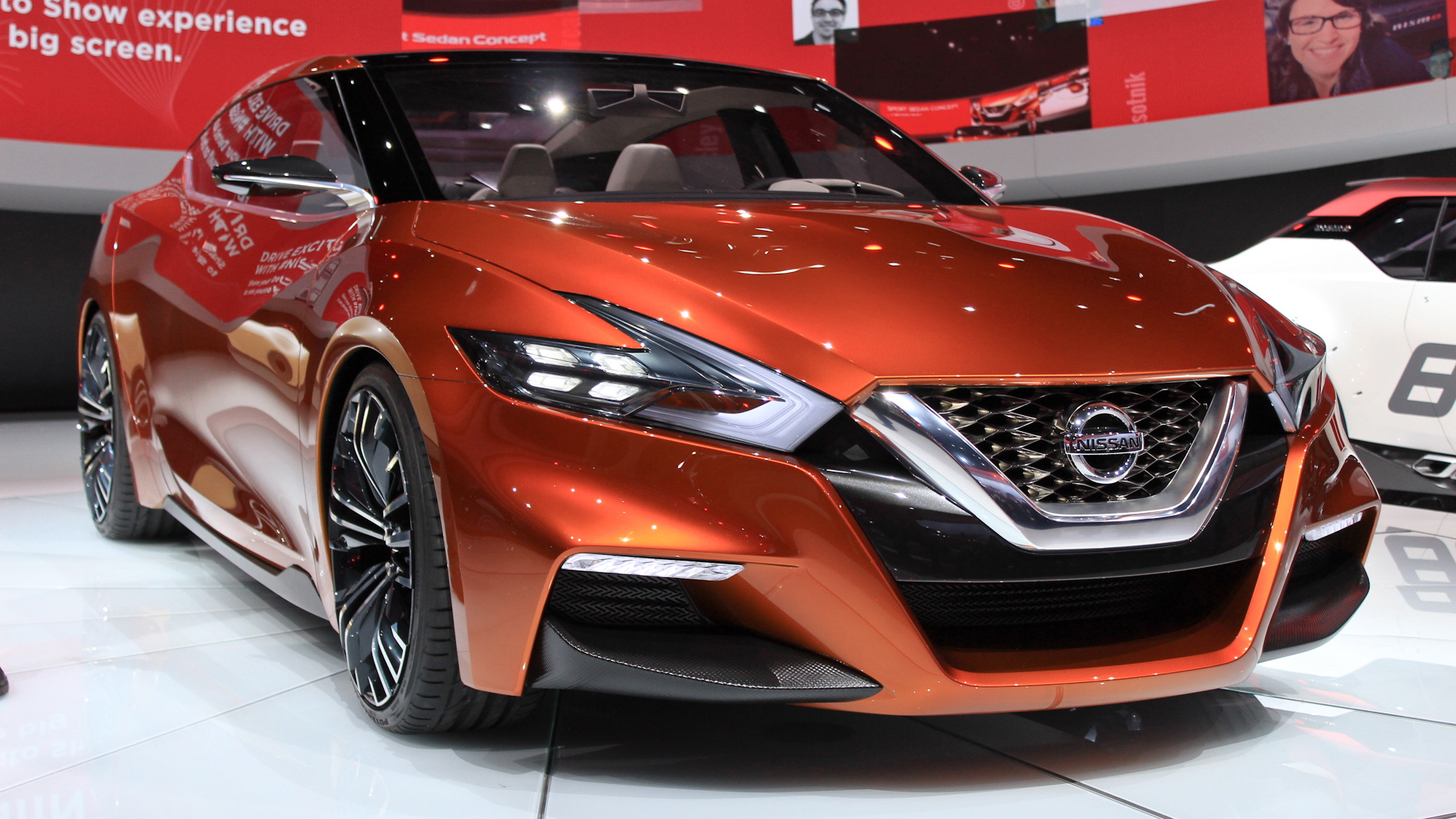 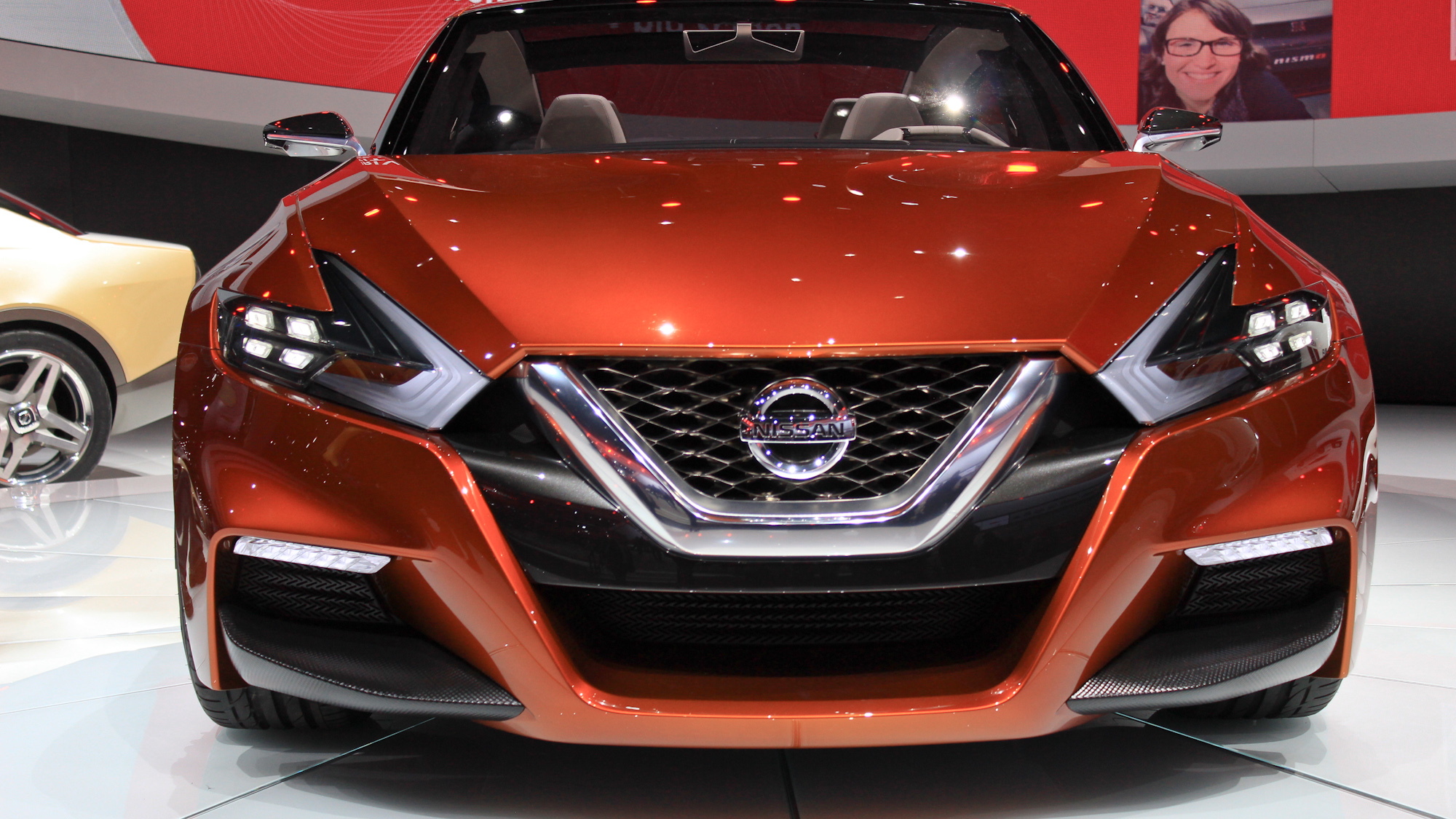 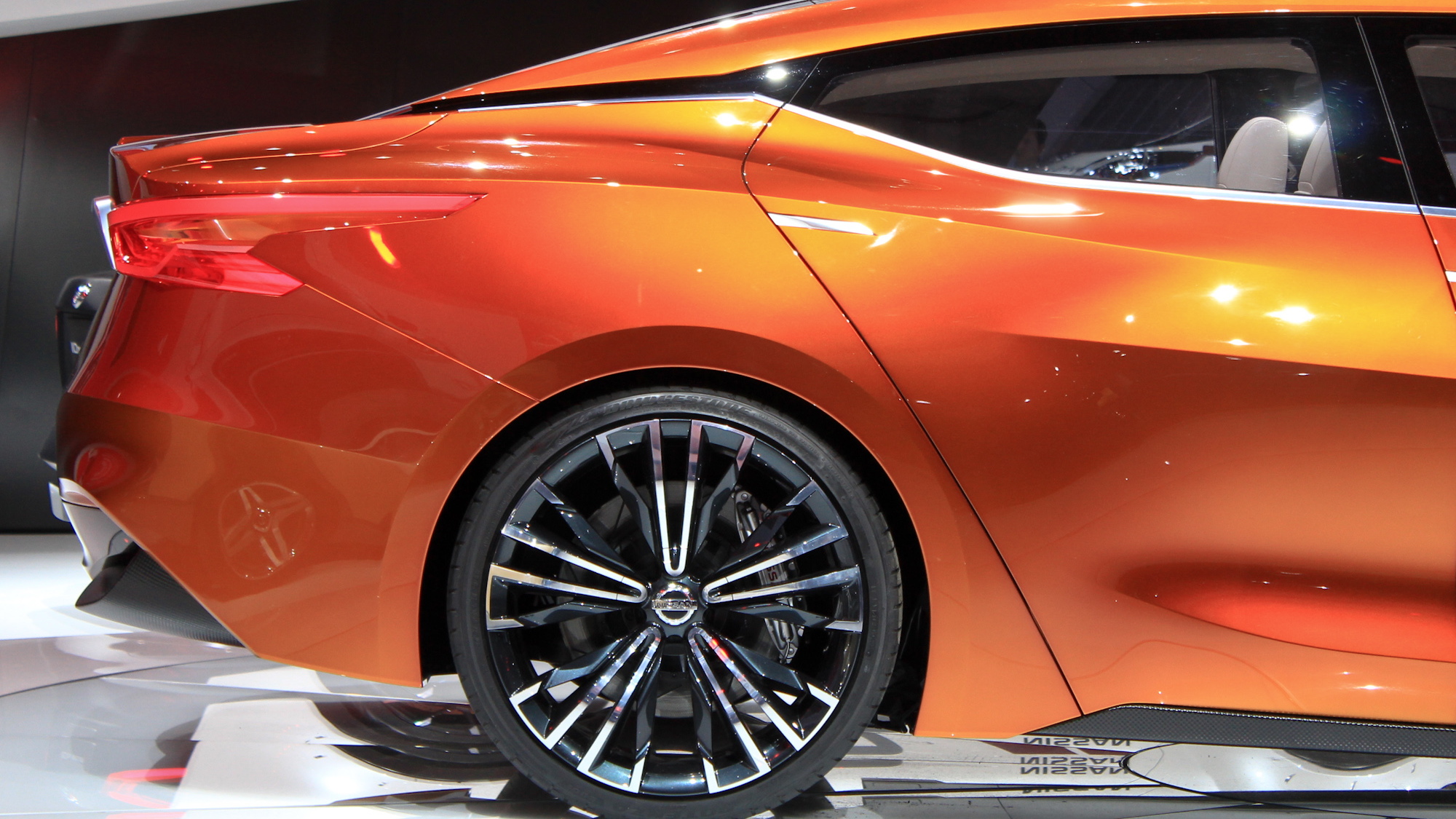 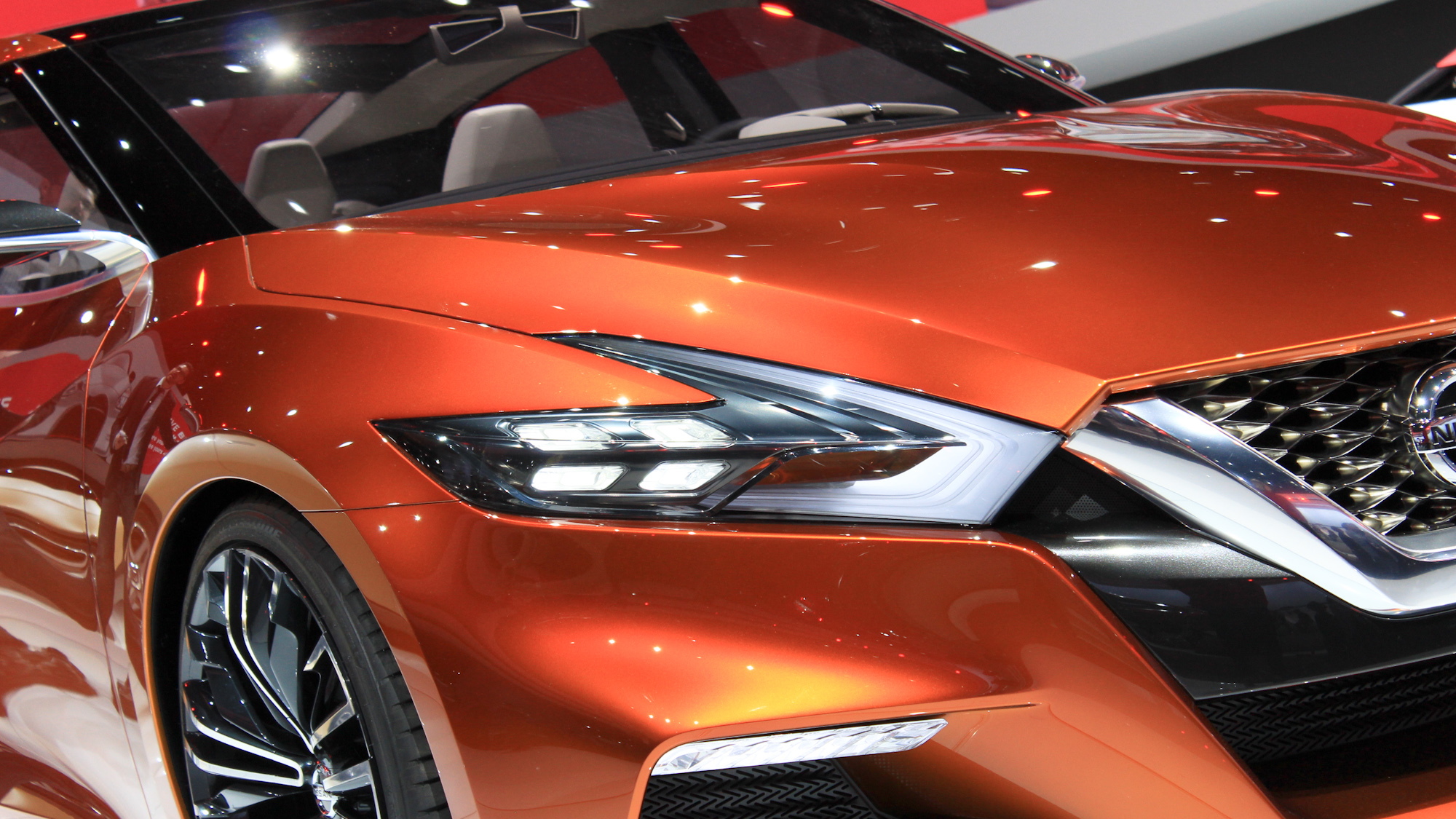 58
photos
The all-new 2016 Nissan Maxima is due next year. And to tease the production version that will most likely bow at the 2015 New York Auto Show in April, Nissan has presented a sporty new concept at this week's Detroit Auto Show that previews the styling of its next Maxima as well as all its future sedan models.

The concept’s official title is Sport Sedan Concept, and it features some familiar Nissan styling cues already seen on the 2014 Rogue and prototypes for the upcoming 2015 Murano.

According to Nissan, the Sport Sedan Concept showcases a new design direction for the automaker where sports car principles are applied to regular models like sedans and crossovers. That design direction has been dubbed V-Motion and is characterized by a floating roof and boomerang-shaped lights.

Unique to the Sport Sedan Concept is a low, hunkered down stance. This is emphasized by its aggressive aero components and reduced ground clearance--elements that would be right at home in a sports car. It stretches 191.7 inches in length and has a width of 75.3 inches. Its height is a low 54.3 inches.

The profile of the vehicle is equally powerful, with its dynamic character lines adding a strong sculptural feel and connecting the wheels and tires. Those wheels are 21-inch aluminum alloys shod with 275/30 size tires. The rear is capped by a high deck which is accented by a large stretch of chrome.

Whether up close or from a few paces back, we appreciate the unique 'floating' roof design, which uses blacked-out pillars to visually lower the stance of the sedan. It's also one of the few sport-sedan designs to gracefully incorporate a more rounded hoodline.

The Sport Sedan Concept's interior also offers cues to future production designs. Premium materials are found throughout, with the use of diamond-shaped graphics on the quilted seats, stitching and panels. The interior also features high-contrast colors and metallic accents.

Though it’s described as sporty, the concept still comes with a front-wheel-drive layout. Its engine is a 3.5-liter V-6 putting out in excess of 300 horsepower, and this is mated to a sport-tuned version of Nissan’s Xtronic CVT. This is a similar setup to that found in the current Maxima and is likely to be the same destined for the all-new 2016 Maxima.

Joining the Sport Sedan Concept in Detroit is Nissan’s funky IDx Freeflow and IDx NISMO sports car concepts from the 2013 Tokyo Motor Show. For more from the show, visit our dedicated hub.