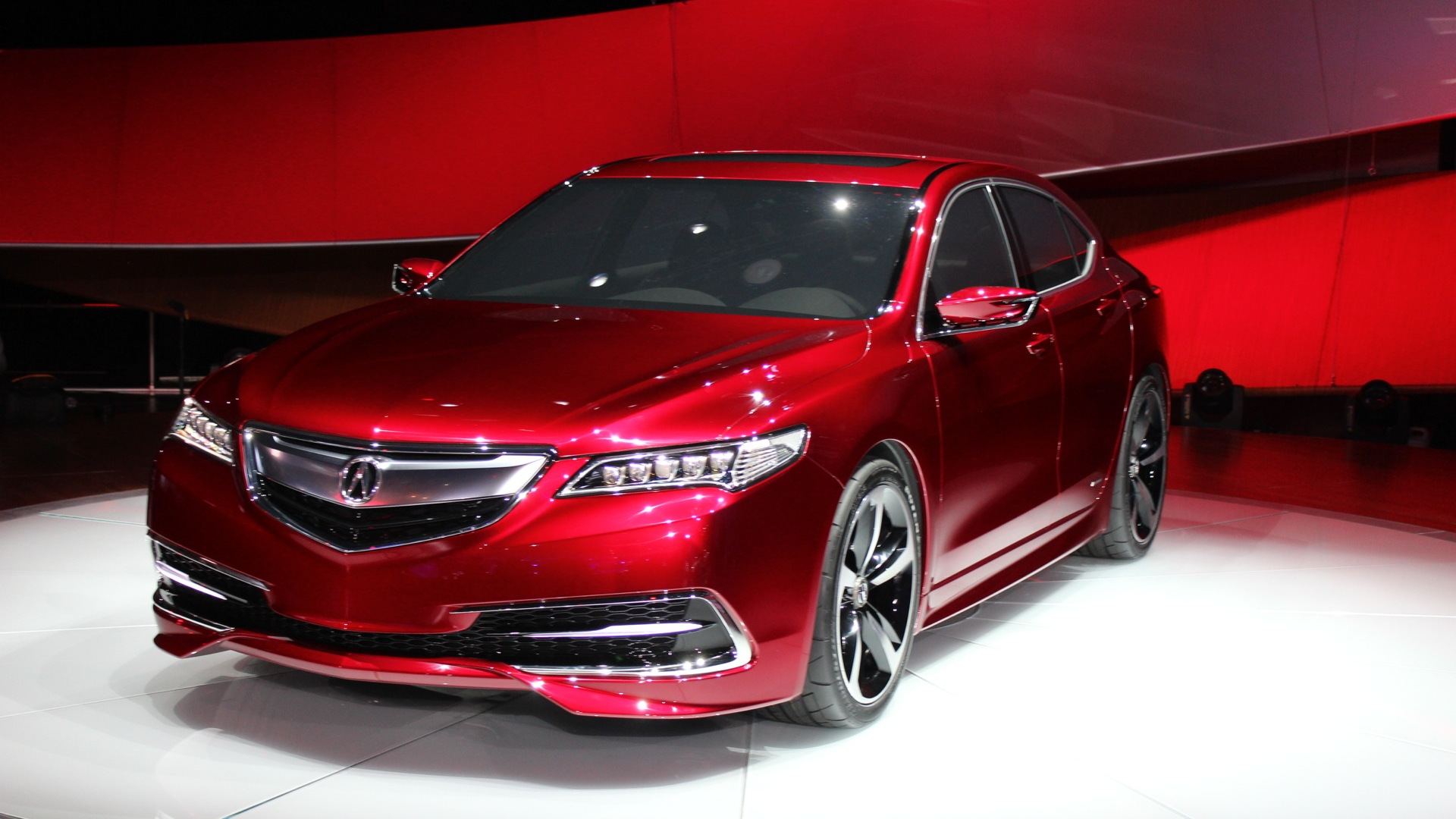 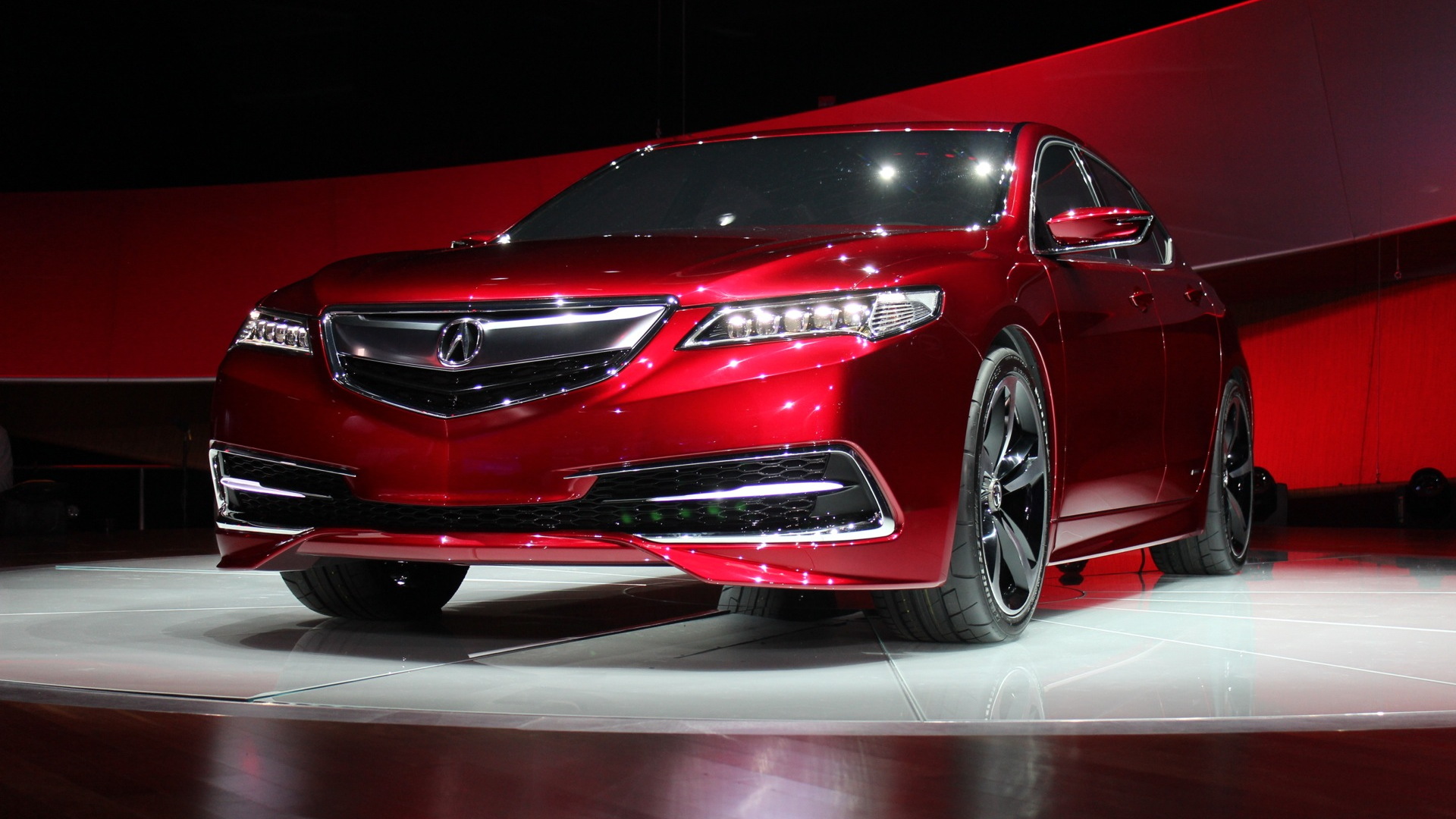 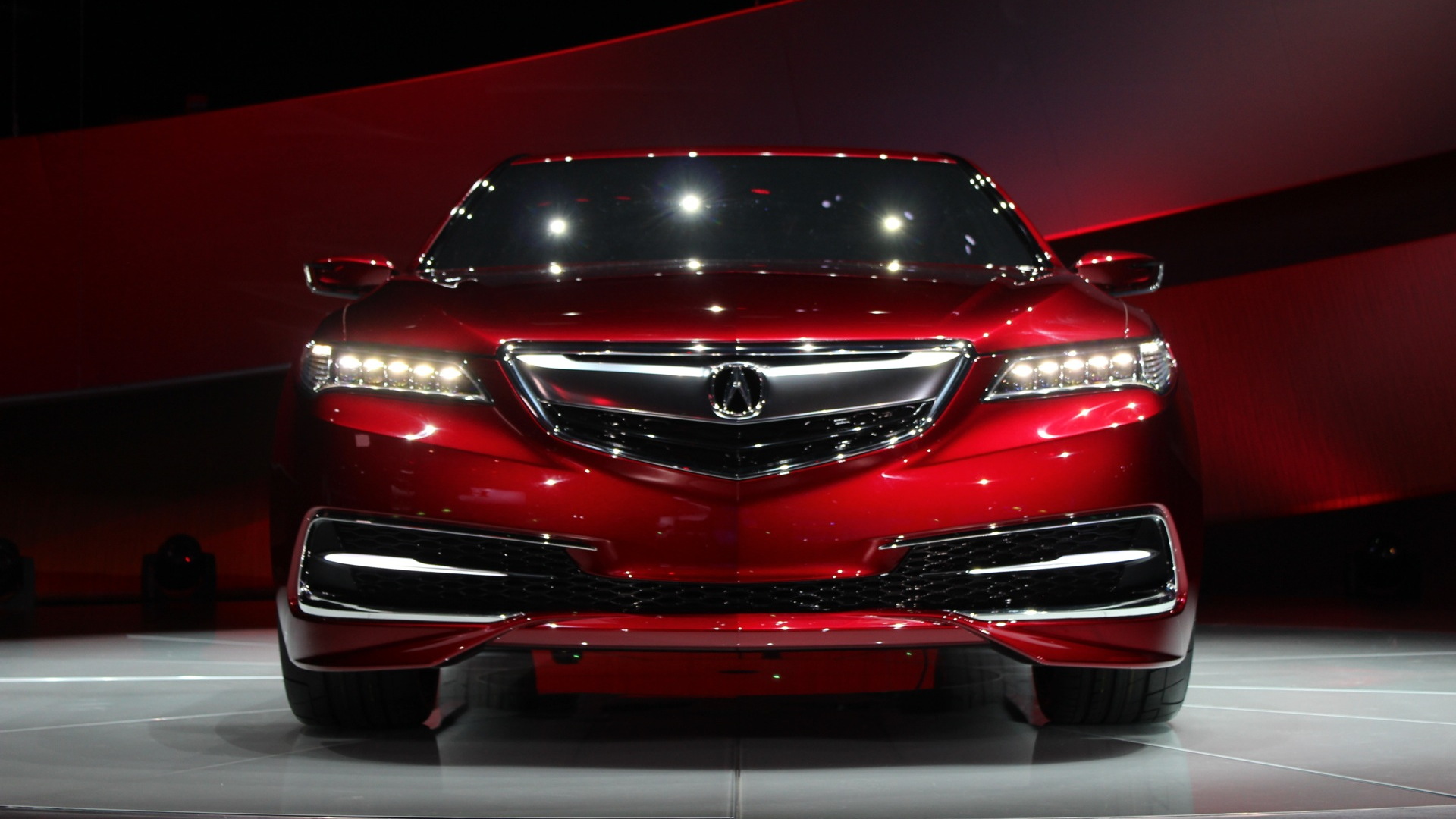 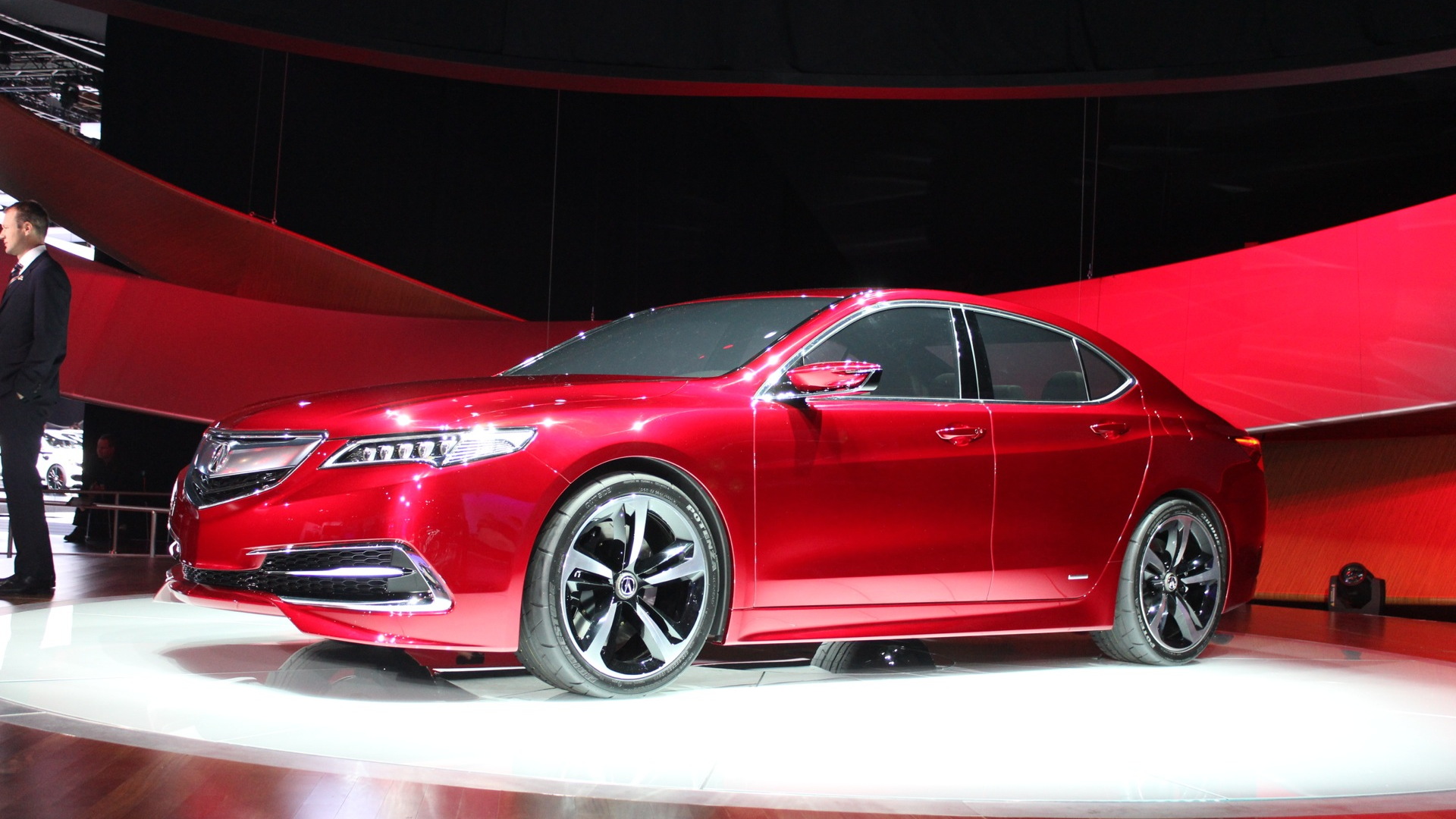 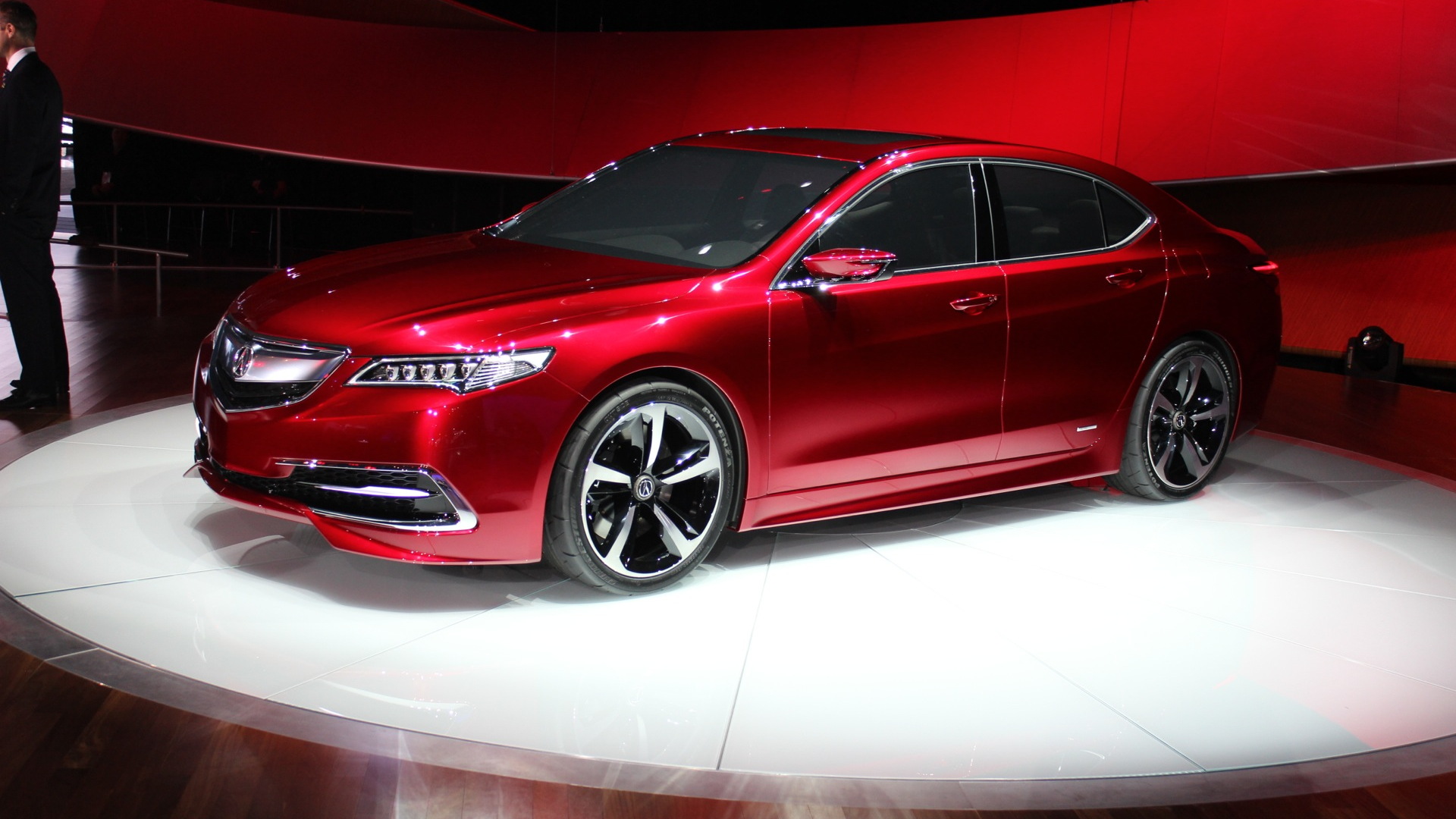 29
photos
Acura has confirmed what we’ve already known for some time; that the current TSX and TL will be replaced by a single model known as the TLX. The new TLX will go on sale as a 2015 model this summer, and will fill the gap between the ILX and RLX in Acura’s sedan lineup. The new mid-sizer will be positioned as a sportier and more dynamic option than the entry-level ILX and range-topping RLX, and its styling is said to reflect this.

We don’t have to wait until it reaches showrooms to get a good idea as to what the 2015 RLX will look like, however, as a prototype version has been unveiled today at the 2014 Detroit Auto Show. Acura describes the styling of the TLX Prototype as “emotional” and featuring “sports sedan proportions,” and it certainly looks good in its new Acura Athletic Red Pearl paint finish.

The vehicle is 3.8 inches shorter in overall length (190.2 inches) than the current TL, yet rides on the same 109.3 inch wheelbase, meaning interior space is similar. Acura says five adults should fit, and to ensure they remain comfy an active noise cancellation system has been installed.

In addition to revealing the prototype, Acura has also confirmed the powertrains for its 2015 TLX. The base model will come with a 2.4-liter four-cylinder equipped with direct-injection technology and paired with Honda’s new eight-speed dual-clutch transmission. This transmission, which features a torque converter to keep gear changes smooth, gets a rev match function for sporty downshifts.

For even greater performance, Acura will offer buyers of its 2015 TLX a 3.5-liter V-6 that also employs fuel-saving direct-injection and cylinder-deactivation technologies. This engine will be paired with a new nine-speed automatic transmission.

Front-wheel drive will be standard on the 2015 TLX but the car will feature Acura’s Precision All-Wheel Steer (P-AWS) four-wheel-steering system for improved handling. For buyers seeking greater handling still, Acura’s Super-Handling All-Wheel-Drive (SH-AWD) system will be offered. This is a next-generation version of the SH-AWD system, said to be 25 percent lighter and equipped with new torque-vectoring control logic.

One cool feature for the 2015 TLX will be Acura’s an Integrated Dynamics System (IDS), which allows the driver to adjust things like the response of the throttle, electronic power steering and all-wheel-drive system. Modes will include ECON, Normal, Sport and Sport+.

The design of the new TLX was handled by Acura's Los Angeles design studio while most of the engineering took place at the automaker’s Ohio R&D center. Production will take place at the Marysville plant, also in Ohio, where Acura currently builds the TL.

For more from the 2014 Detroit Auto Show, head to our dedicated hub.