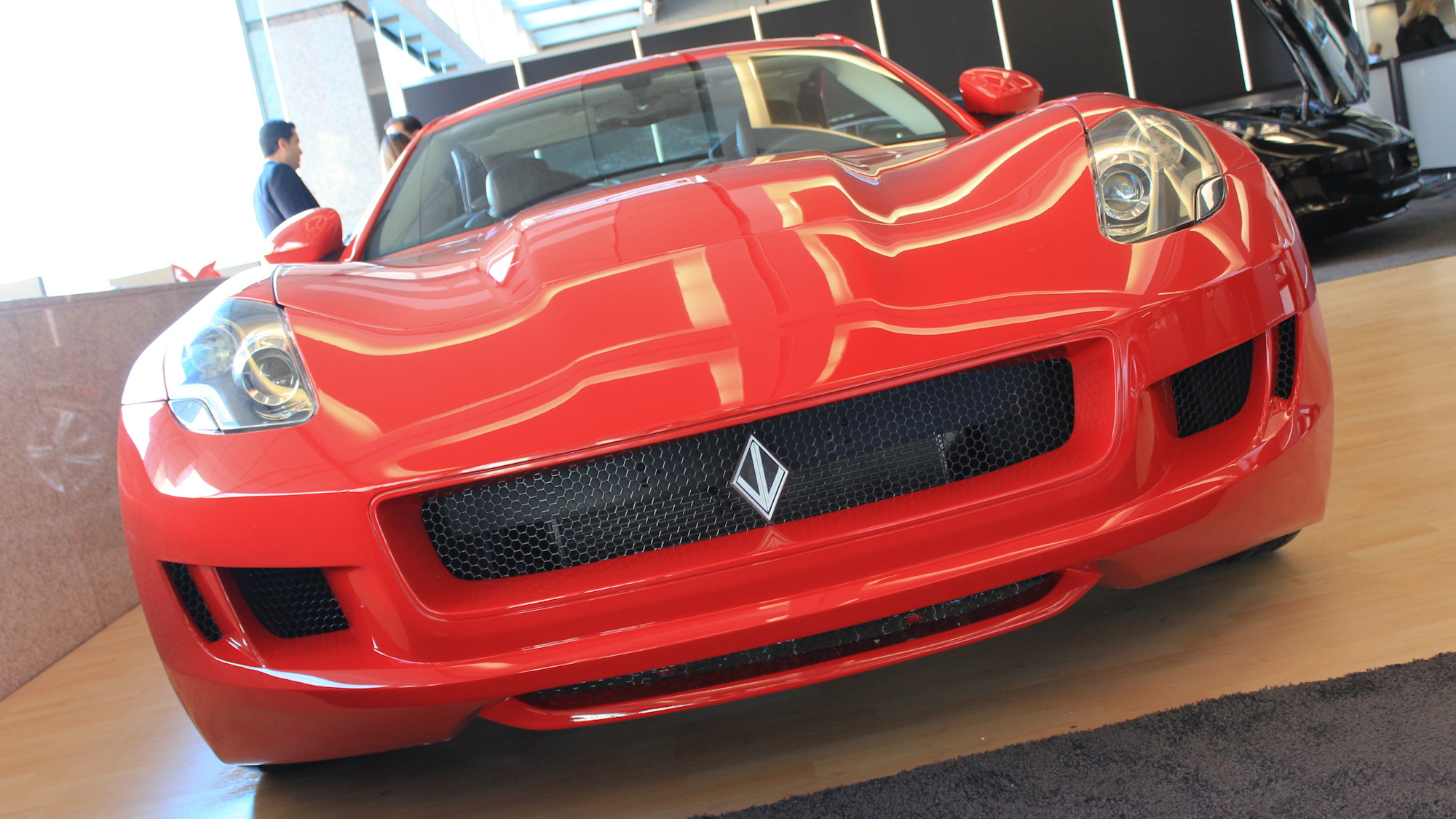 17
photos
As business plans go, taking Fisker's attractive Karma sedan and dropping a GM V-8 engine under the hood is quite a good one. Not only do you have yourself a fast luxury sedan, but an uncomplicated one too--not something that can be said of the original Karma.

The above business plan can be attributed to VL Automotive, the Bob Lutz-backed startup automaker giving Karmas a new lease of life. And at the 2014 Detroit Auto Show, the company has revealed the Destino Red concept--in VL Automotive's words, a "two-door hard top convertible touring coupe". The car itself is a whole lot more interesting than the long-winded title, taking that sleek Henrik Fisker-designed body and turning it into a stunning four-seat convertible.

If the body looks familiar then you aren't mistaken--just as the regular Destino is based on the Karma, the Destino Red, sitting on the same chassis, is based on Fisker's stillborn Sunset convertible. Only the usual VL Automotive tweaks separate the Destino Red from the Sunset, such as the redesigned front end and of course, that powertrain. Destino customers have the choice of a 6.2-liter LT1 V-8 from the latest Corvette Stingray or the supercharged 6.2-liter LS9 V-8 most commonly found in the Corvette ZR1. It's likely the Destino Red--should VL choose to put it into production--would use the same power units.

Production of the Destino sedan is still waiting to begin, delayed for five months already by the reorganization and restructuring of Fisker Automotive. VL Automotive co-founder Gilbert Villarreal said that the company will continue negotiations for the parts required to make the Destino from the shell of a Karma. The company is positive though, and co-founder Lutz says both new customers and existing Fisker owners have showed an interest in the product. The addition of a convertible version would no doubt generate even more.

For more of our 2014 Detroit Auto Show coverage, visit our dedicated hub.