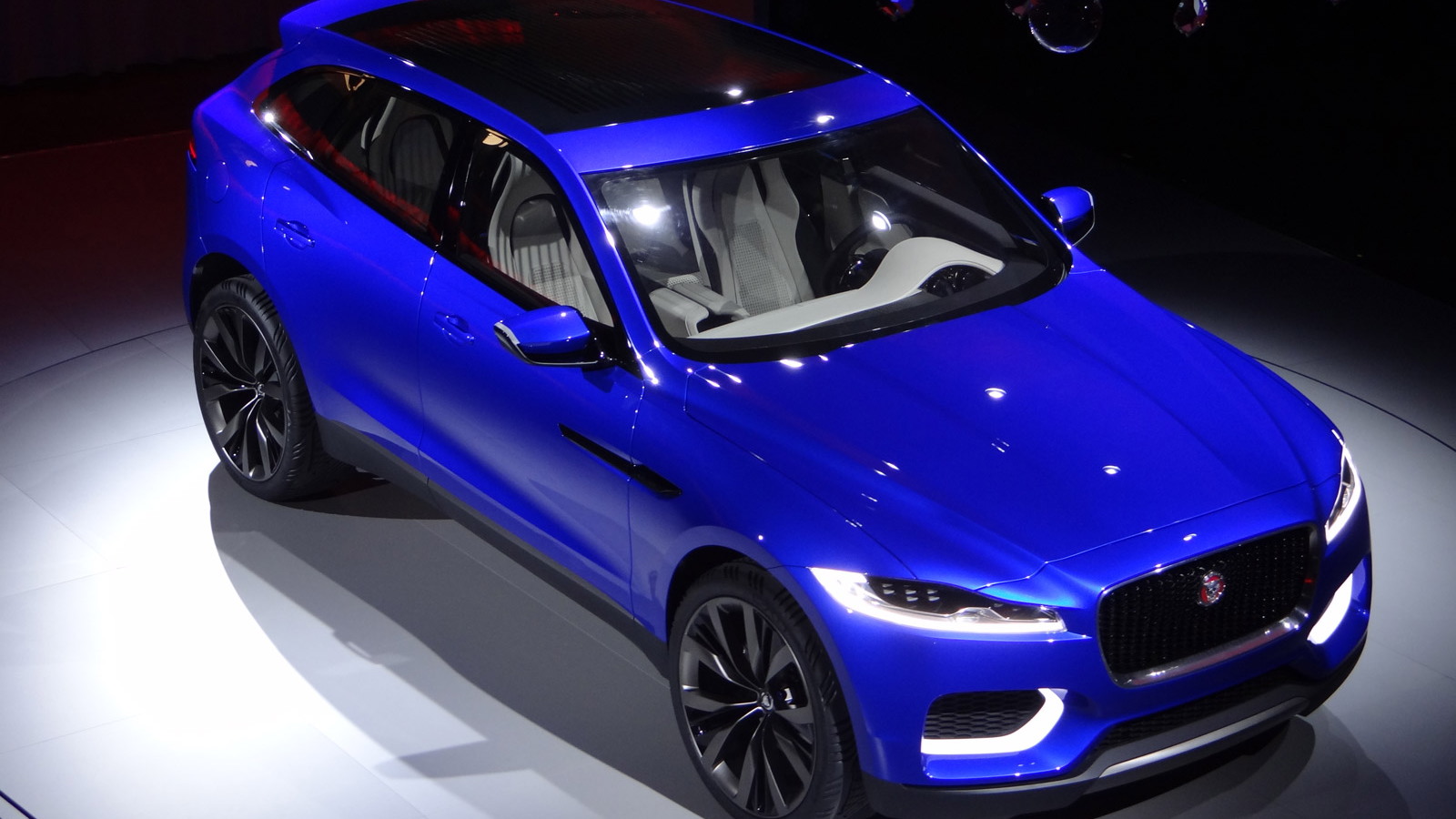 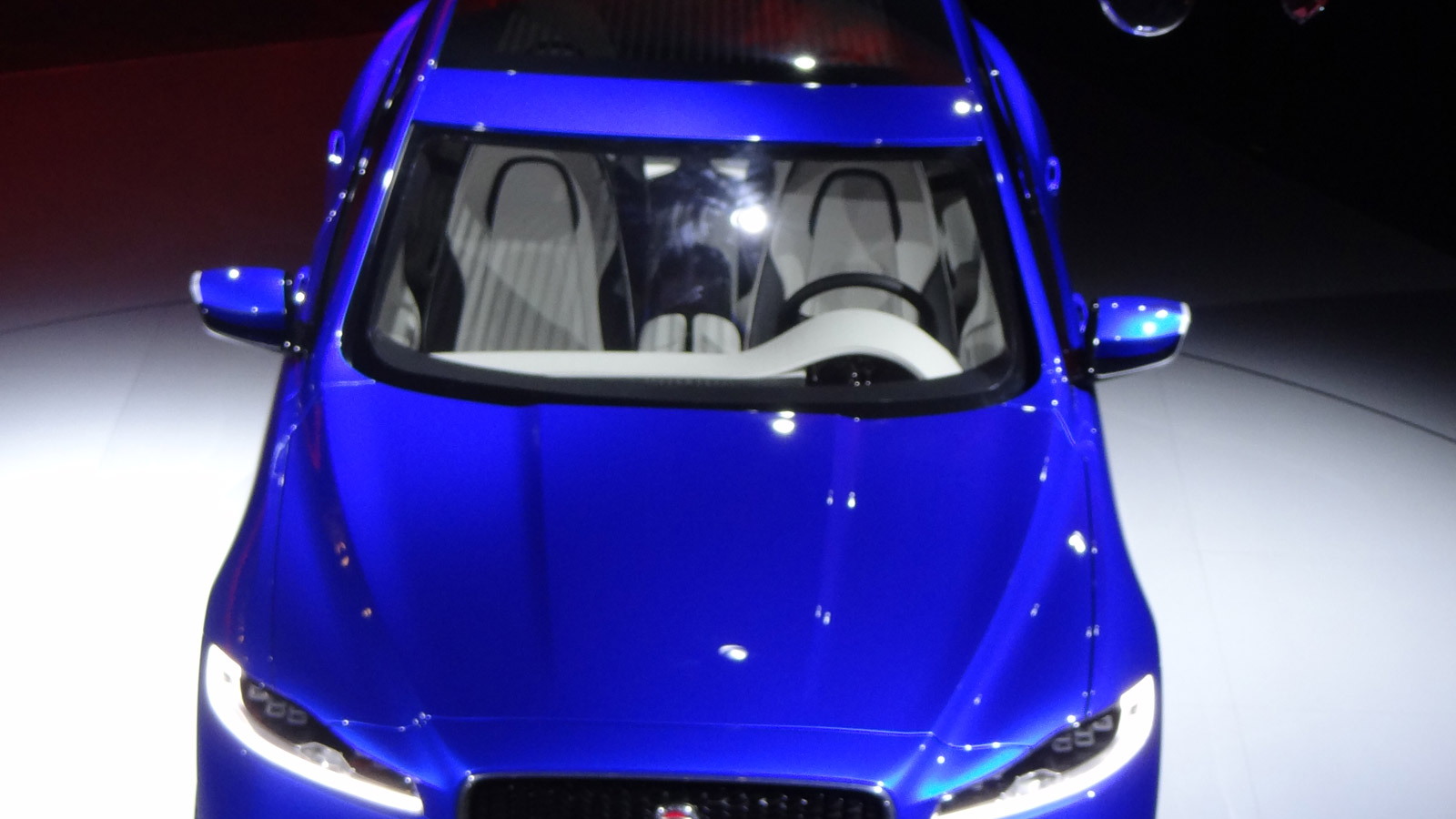 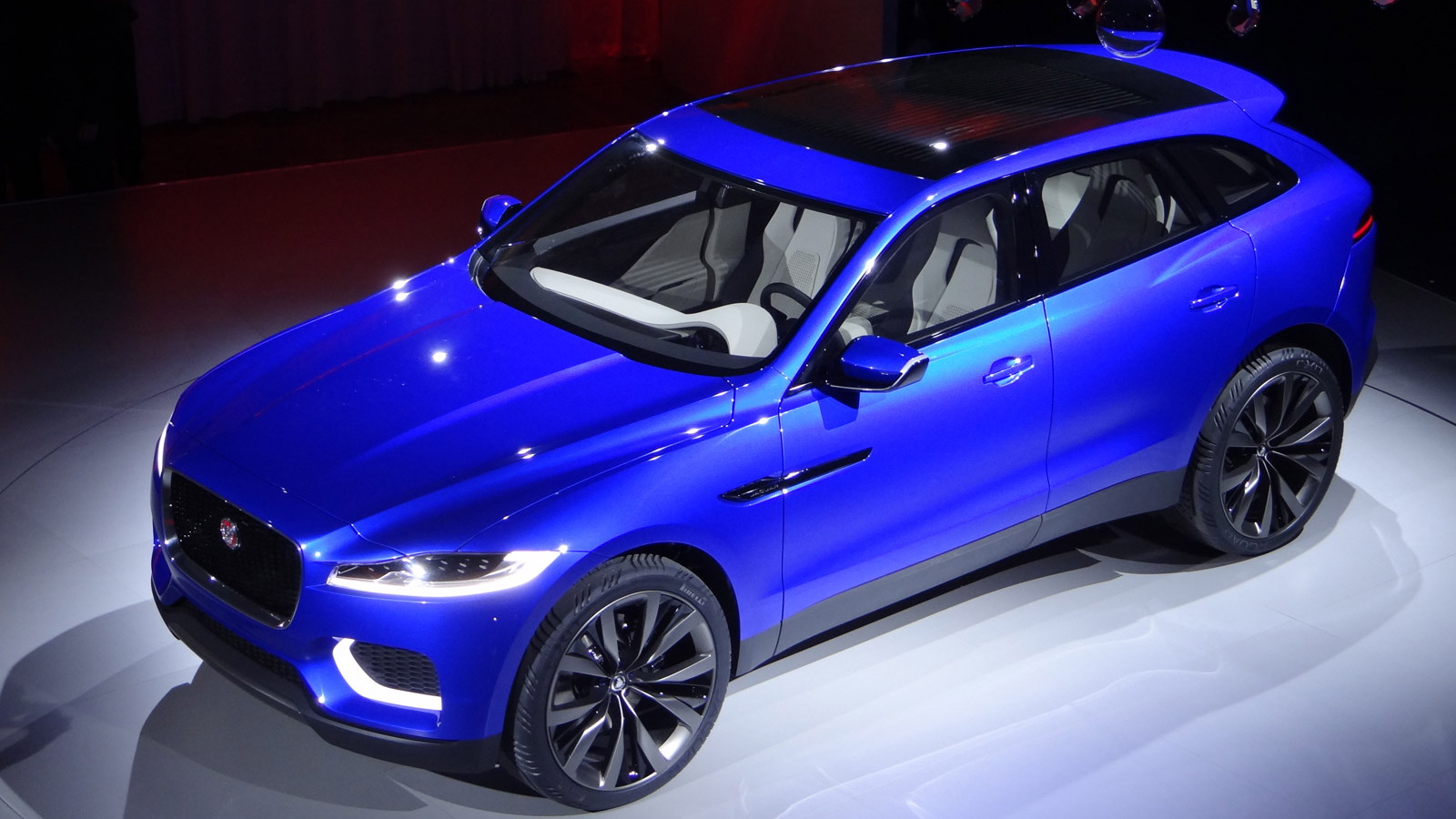 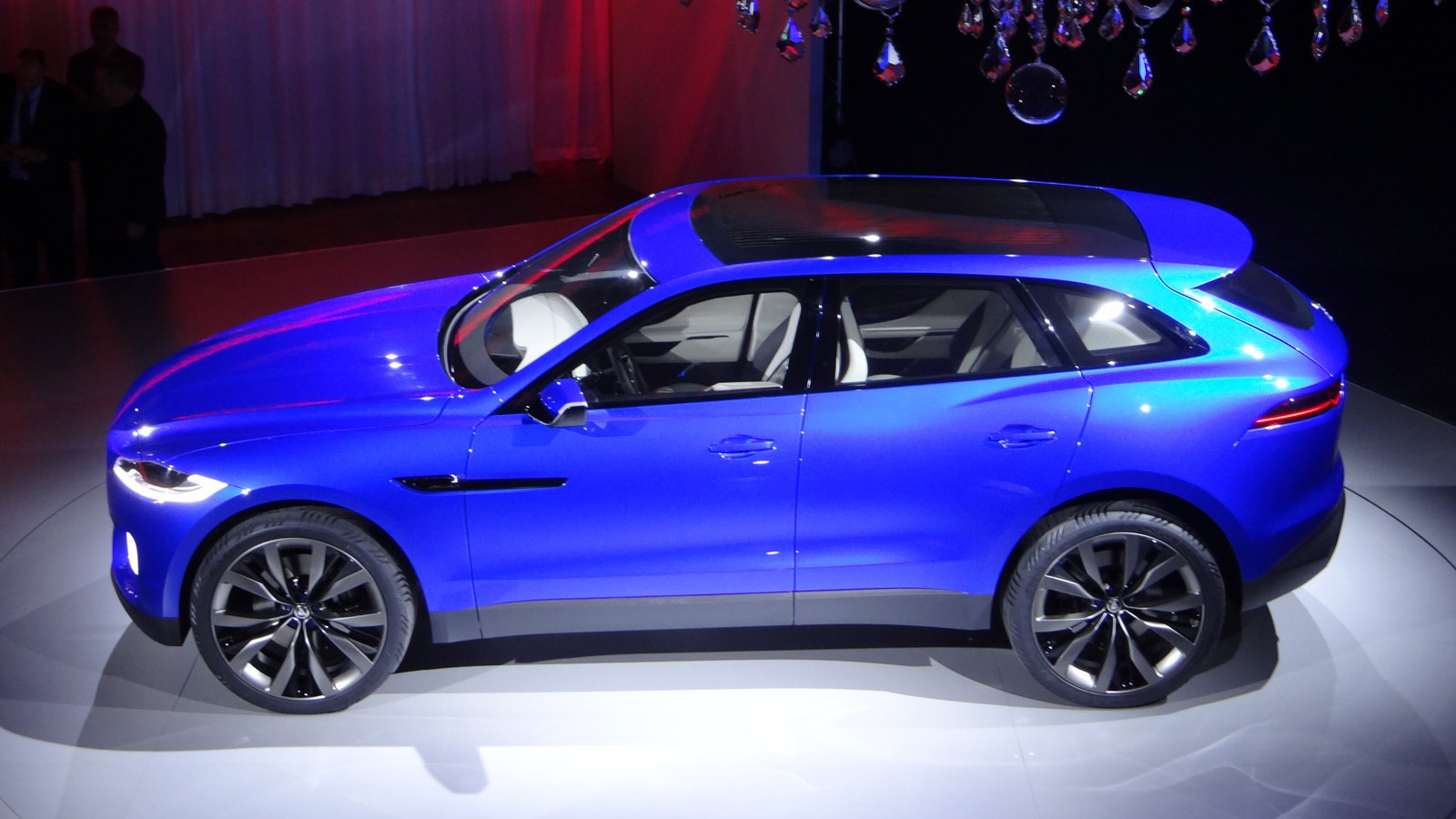 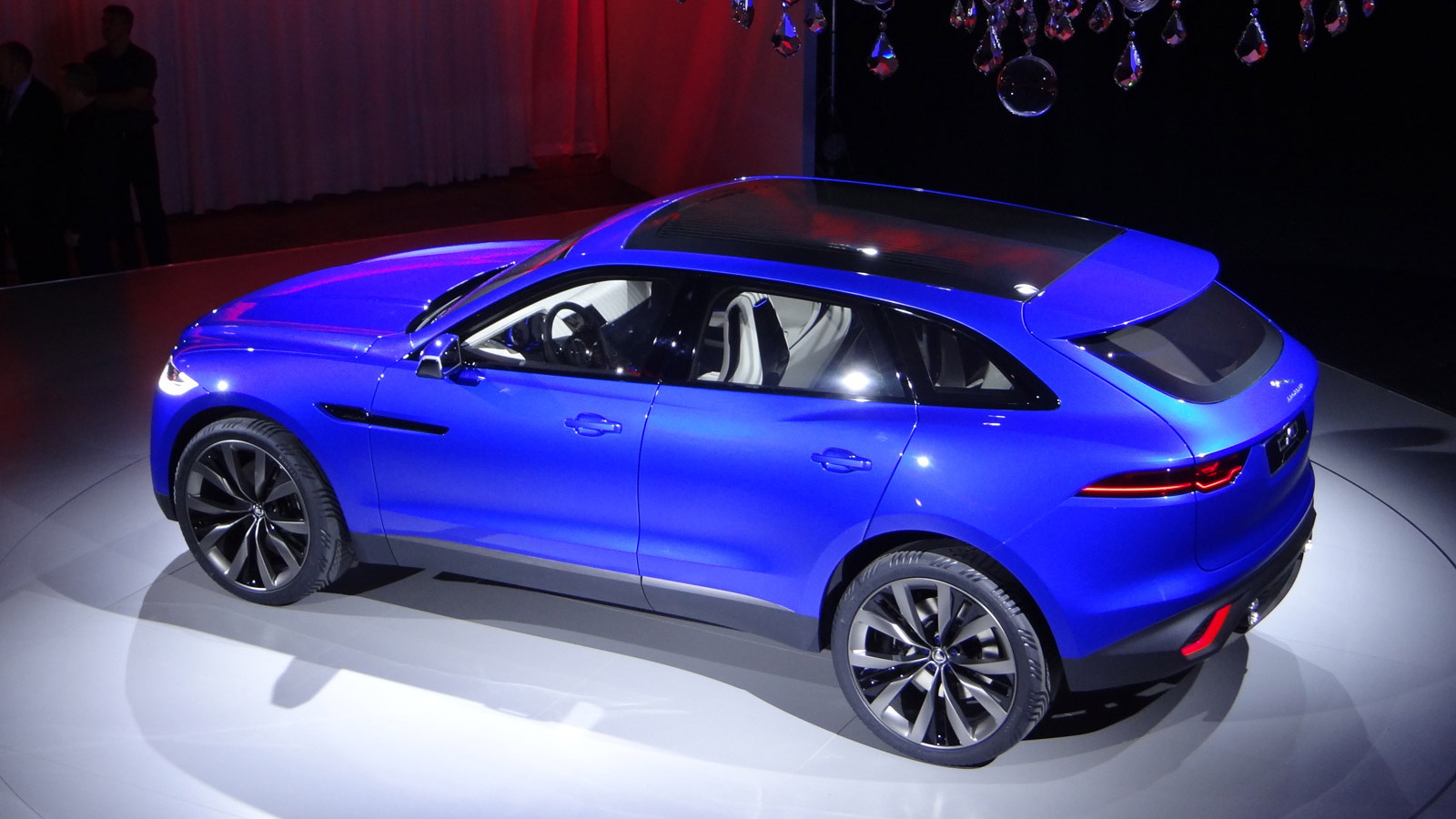 Yesterday, photos of the Jaguar C-X17 crossover concept leaked onto the web. Now we're just back from the concept's reveal on the eve of the 2013 Frankfurt Auto Show, and have photos and more details of this new and radically different kind of Jaguar--which previews a production vehicle coming in the next couple of years.

It's the first to be built on the company's new aluminium monocoque structure for smaller cars, which carries the codename “iQ[Al]” and will also spawn a small sedan meant to compete head to head with the BMW 3-Series and erase forever the memories of the less-than-stellar X-Type sedan that failed at the same goal a decade ago.

We’ve already spied this small sedan, which Jaguar tells us will be launched in 2015. The production version of the C-X17 will follow soon after. What the vehicles will be called is still up in the air, though we know Jaguar has registered “XQ” and “Q-Type” with the European Union's trademark agency. Given the automaker’s naming cadence, the new sedan is likely to be called the XQ while the crossover should get the Q-Type moniker.

The key to both models will be the iQ[Al] platform. Derived from the Premium Lightweight Architecture that underpins the larger Range Rover SUV, the iQ[Al] is a scalable vehicle platform designed not only to be light but also extremely stiff.

It has also been designed to incorporate innovative efficiency technologies such as diesel, plug-in hybrid and even battery-powered electric powertrains.

Furthermore, Jaguar is developing new four-cylinder gas and diesel engines for its iQ[Al] platform, while performance fans will be happy to hear that the automaker’s supercharged V-6 engine from the F-Type sports car will also fit. Jaguar hasn’t mentioned V-8 applications, which makes sense since the automaker is turning away from big engines.

Now that we know what’s inside the C-X17, it’s time to focus on its stunning exterior. The lines were penned by Jaguar Land Rover design chief Ian Callum, the man responsible for other stunners like the original Aston Martin Vanquish and contemporary Jaguars like the F-Type sports car.

Design elements borrowed from the F-Type are obvious, such as the front fender detailing, muscular rear shoulder line and horizontal tail-light design. The rear diffuser and twin exhaust pipes of the C-X17 also look like they’ve been lifted straight from the F-Type’s V-8 variant.

Inside, you’ll find a mix of high-tech and traditionally crafted elements. The cabin is also quite spacious but has been designed with four individual seats. Expect any production version to offer seating for five. The seating position is relatively low for a crossover, giving the occupants a feeling of sitting deep within the cabin.

As a special touch, the trunk has two fold-out seats that can be used when the vehicle is parked. There is also a unique panoramic roof, made up of a series of sculpted vanes sitting under a big glass panel. They are contoured on the lower side to generate extra headroom, and shaped to create a ring of space that enables a whole-roof view of the sky above, adding to the sense of openness.

Some high-tech goodies include an Interactive Surface Console that runs the length of the car’s center tunnel. It’s made up of a series of interconnecting touch screens encased in transparent acrylic glass, which all control a common interface wirelessly.

There is also a Meridian sound system, a configurable digital gauge cluster, a rotary dial gear selector and a head-up display. Jaguar says many of the features will be incorporated in its future models.

For more from the 2013 Frankfurt Auto Show, be sure to visit our dedicated show hub.