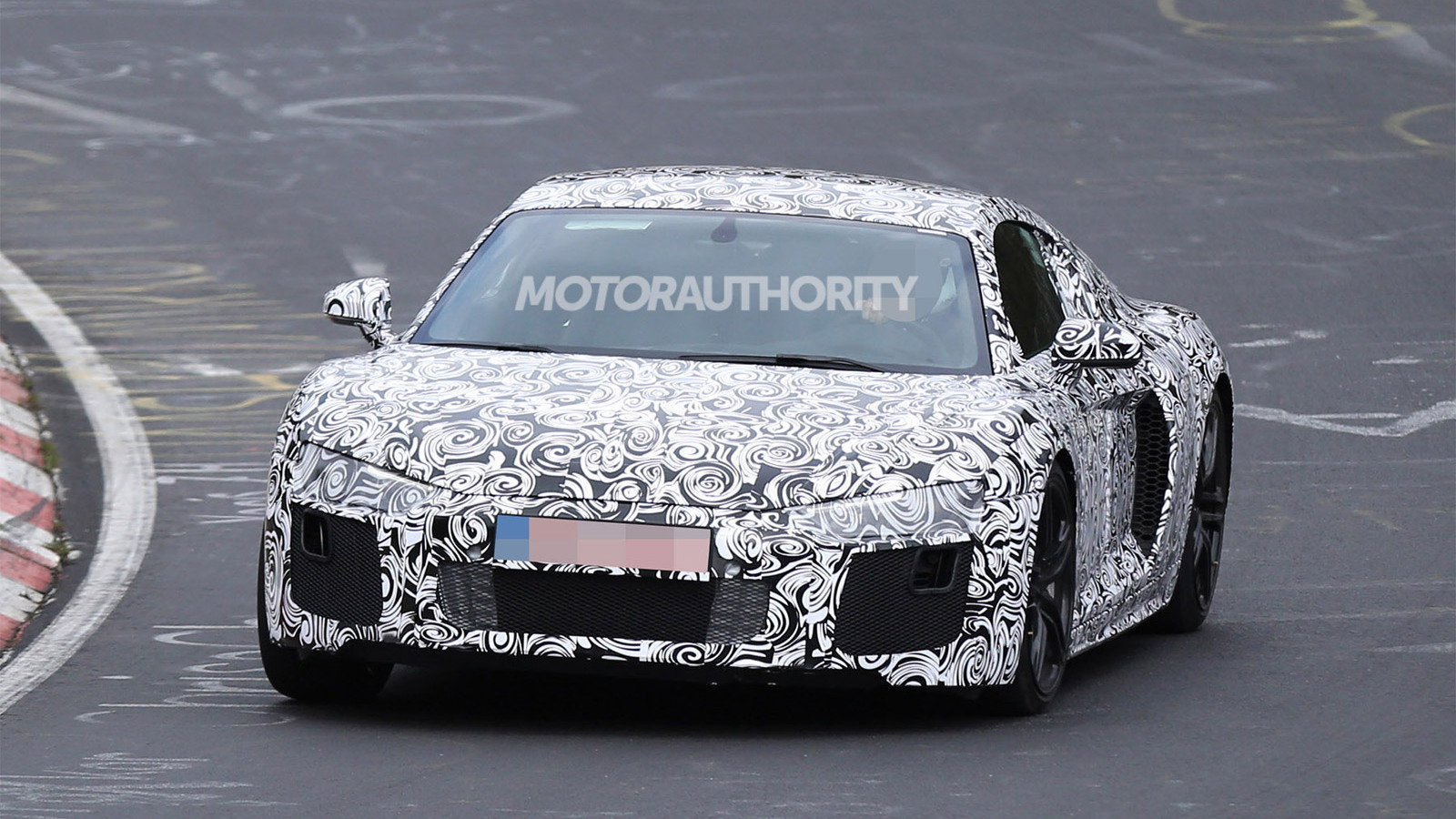 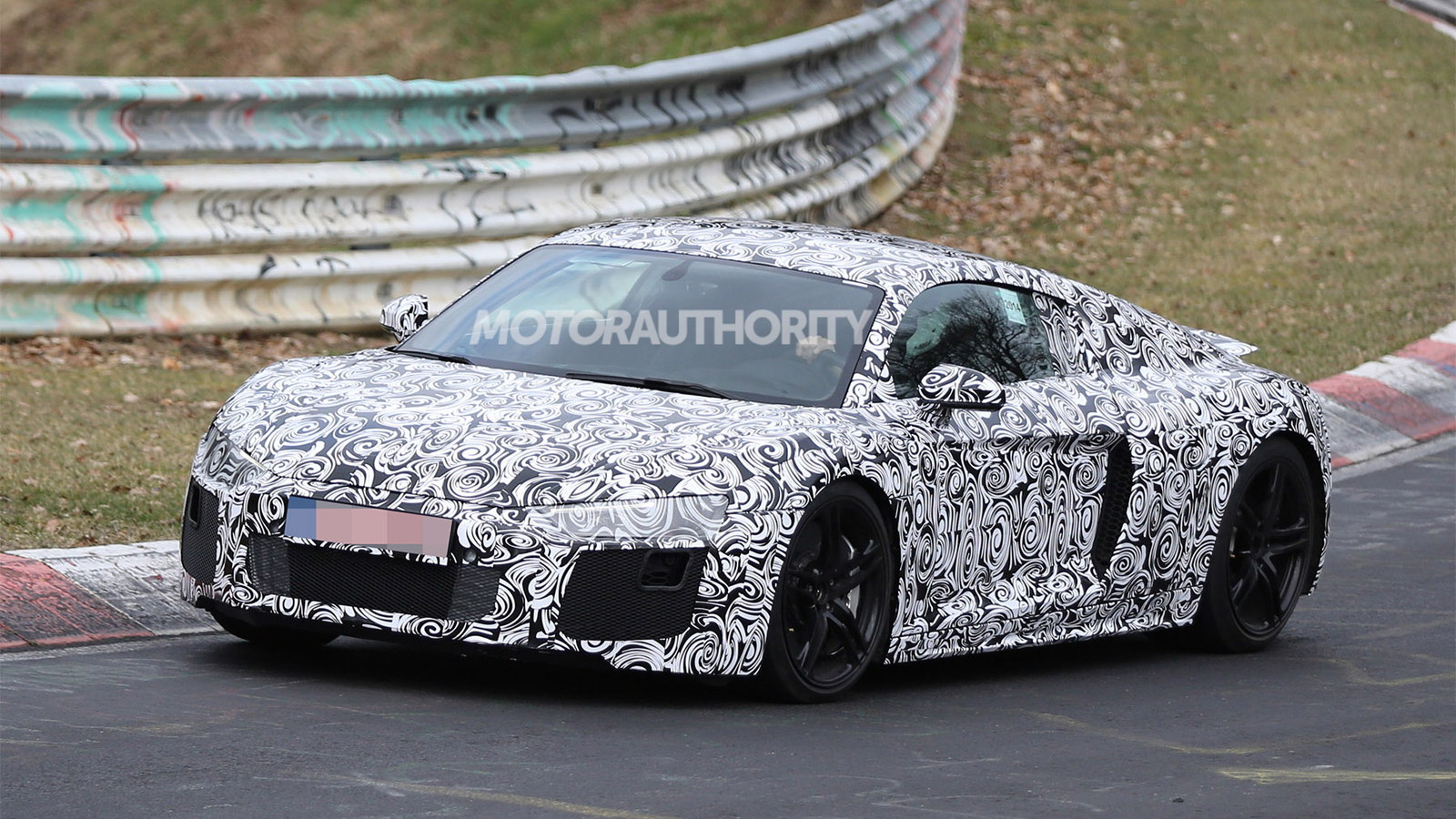 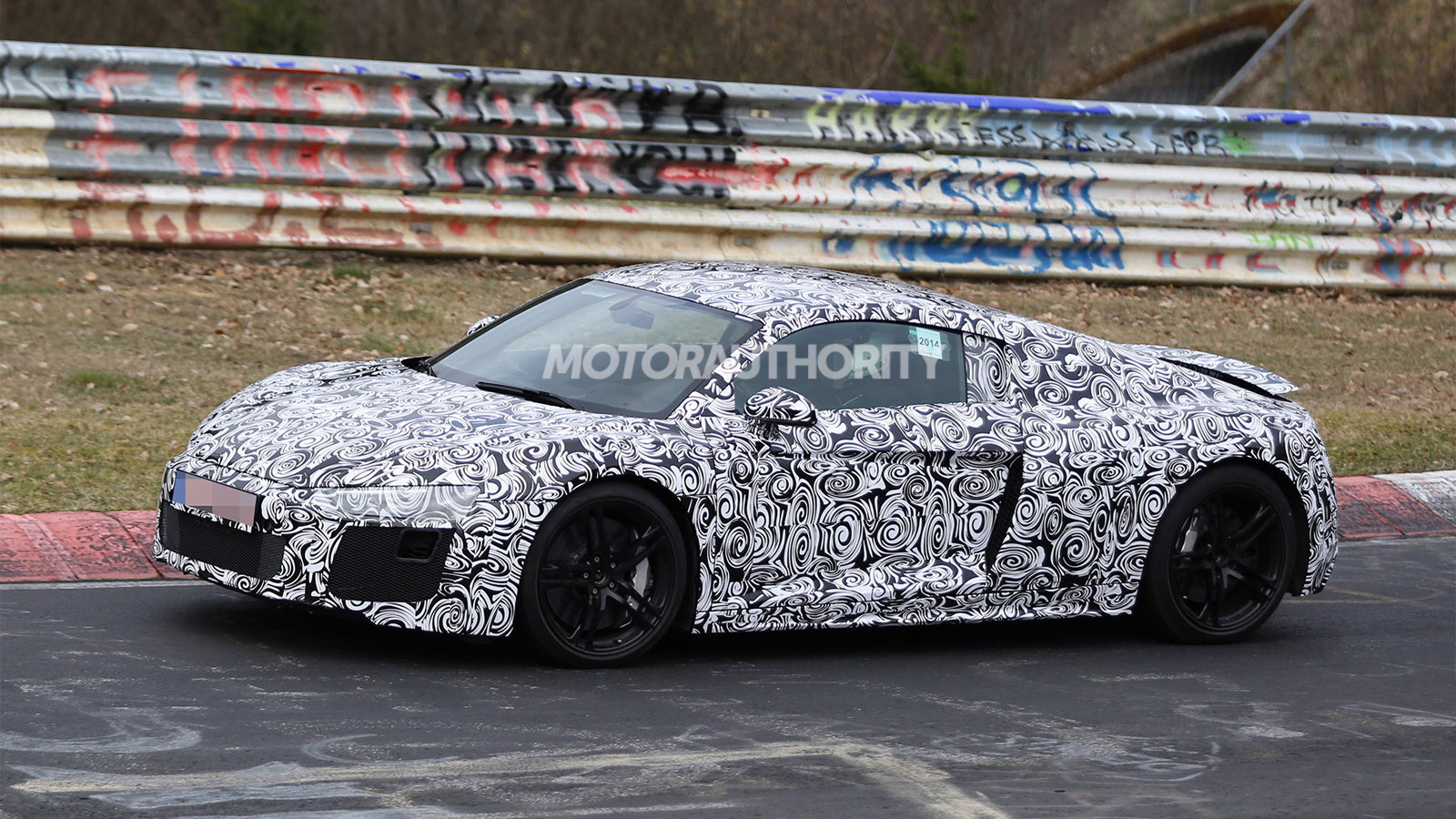 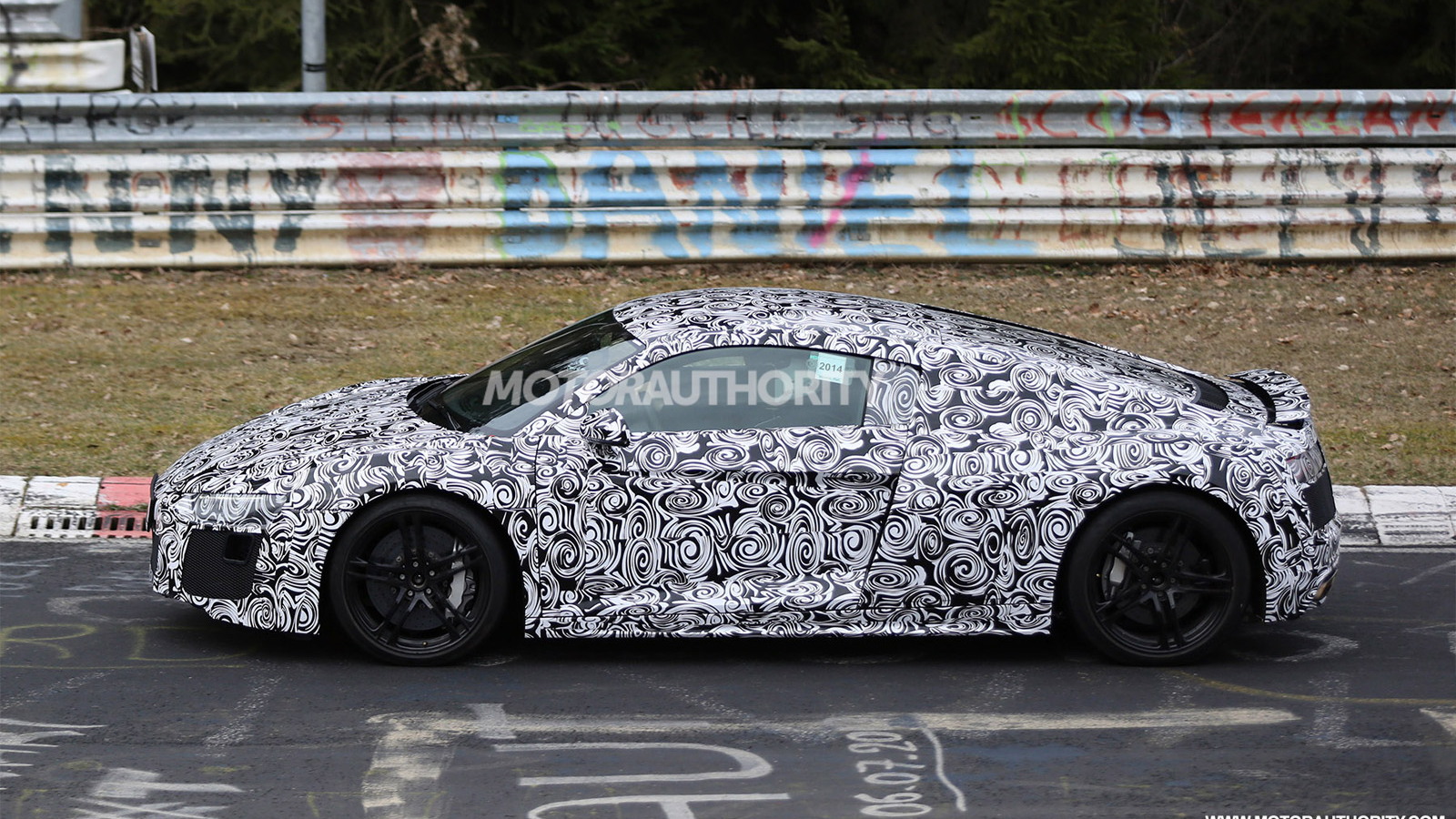 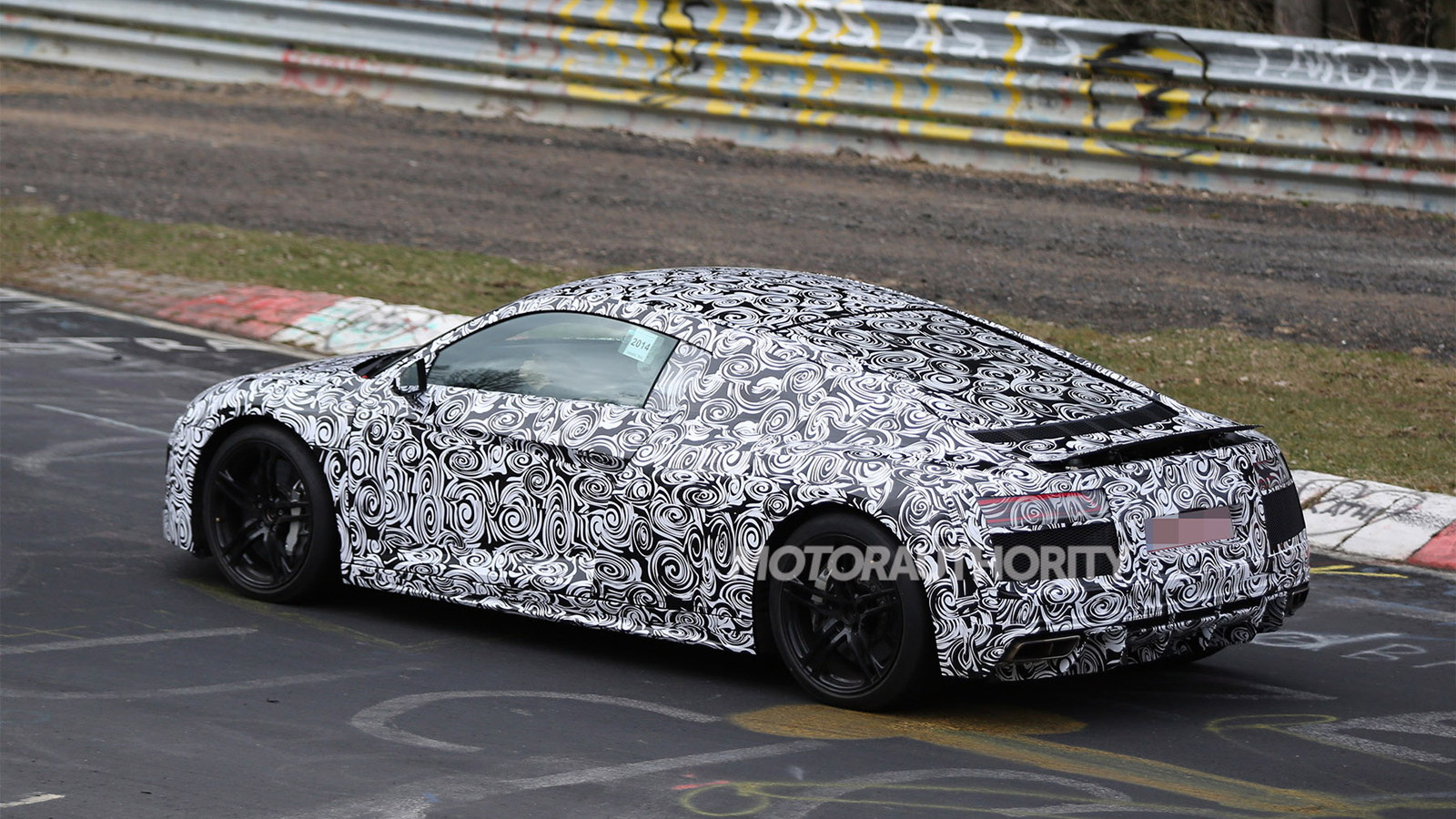 7
photos
A prototype for the second generation of Audi’s R8 supercar recently took to Germany’s Nürburgring, and we have an exclusive video of it. As the prototype confirms, Audi’s designers are taking an evolutionary approach to the styling of the new car. Wider and flatter lights are fitted at both ends, and these are joined by a more rigid hexagonal grille up front and rectangular exhaust tips at the rear.

The car looks very fast in this video, meaning engineers are likely testing the range-topping V-10 model. The good news is that customers should still be able to opt for a V-8. The bad news is that the manual option is being dropped from the car, with a seven-speed S tronic dual-clutch ‘box being fitted as standard across the range.

Underpinning the new R8 is the same platform found in the Lamborghini Huracán LP 610-4, although the Audi will have a longer wheelbase and wider track. It’s a heavily revised version of the current R8’s aluminum platform, with most of the updates aimed at shedding weight.

Production of the new R8 will take place at Audi’s new Böllinger Höfe plant in Neckarsulm, Germany. A reveal may take place as early as the 2014 Paris Auto Show in October, the same show where the original R8 was revealed eight years ago. A showroom debut should follow sometime in 2015, with the car listing as a 2016 model.

For more on the new R8, including additional spy shots, click here for our previous report.