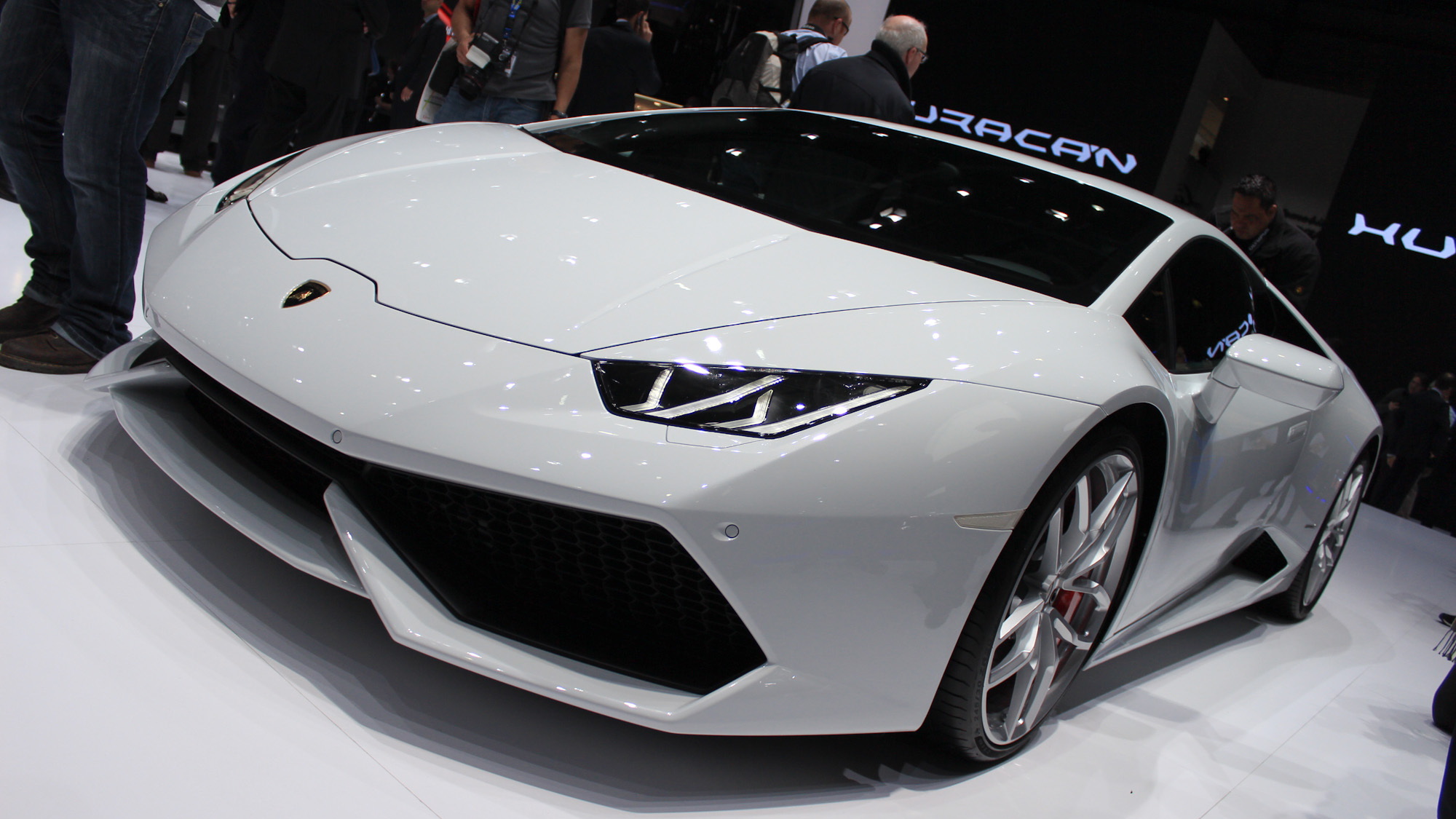 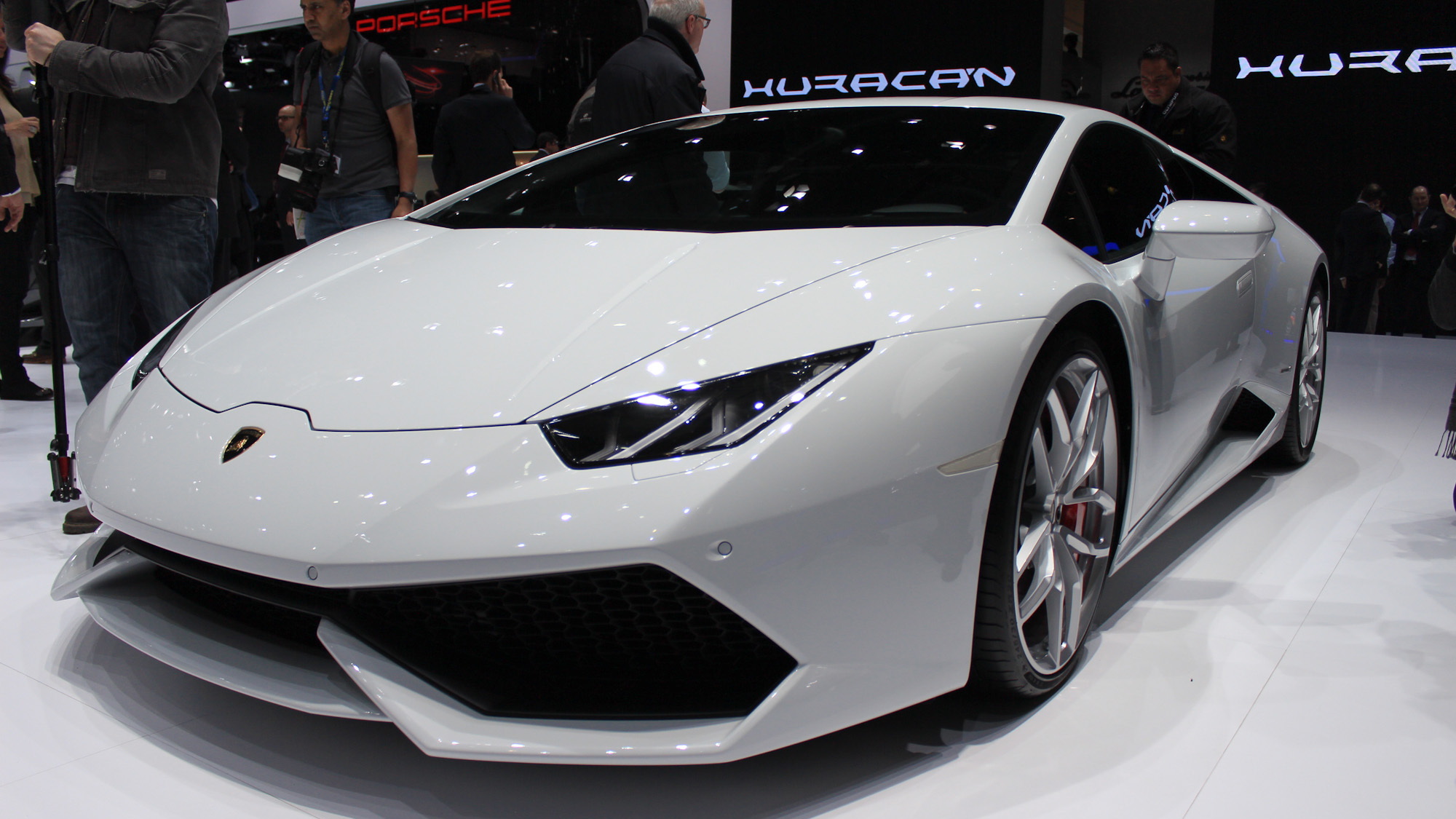 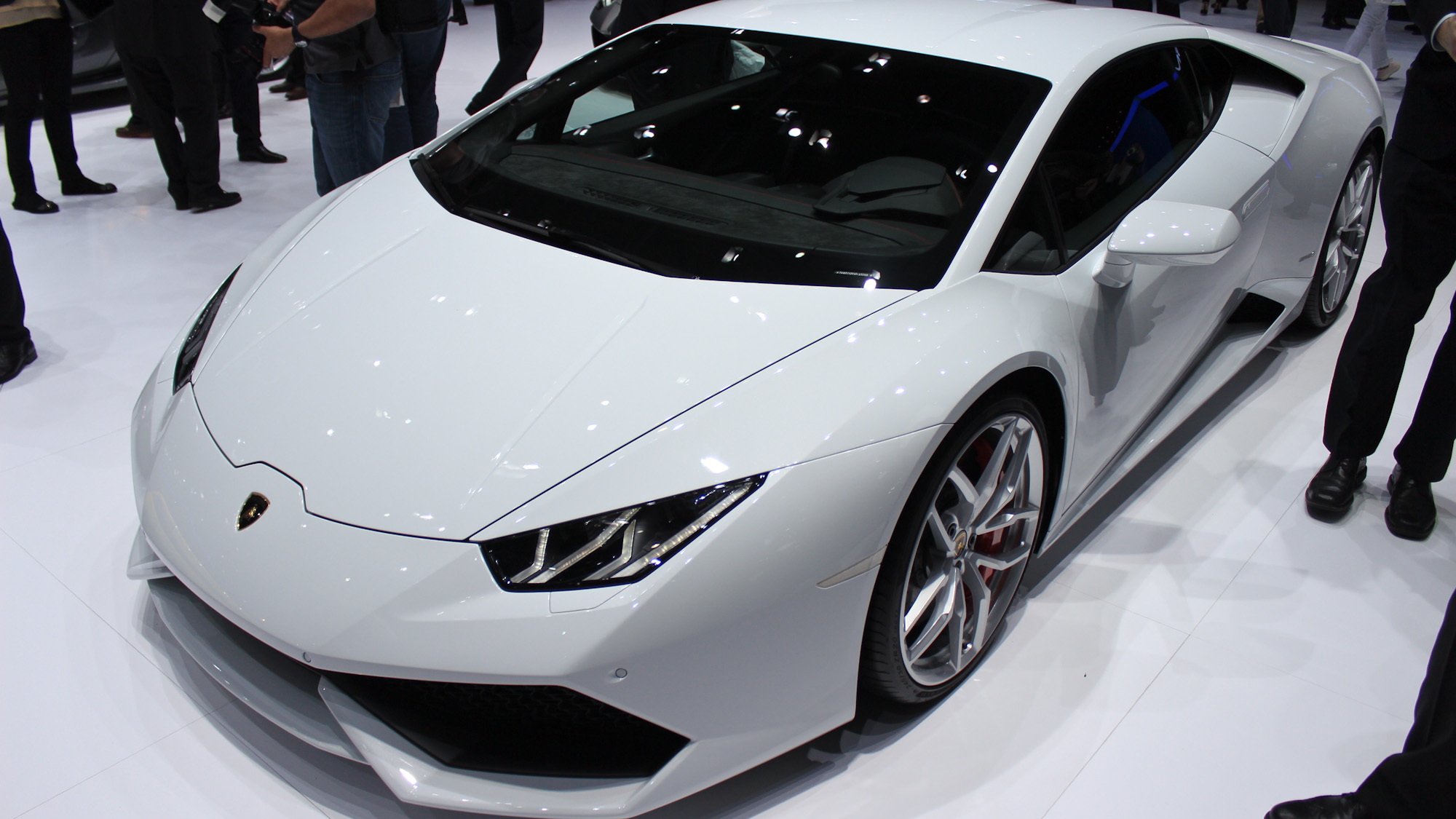 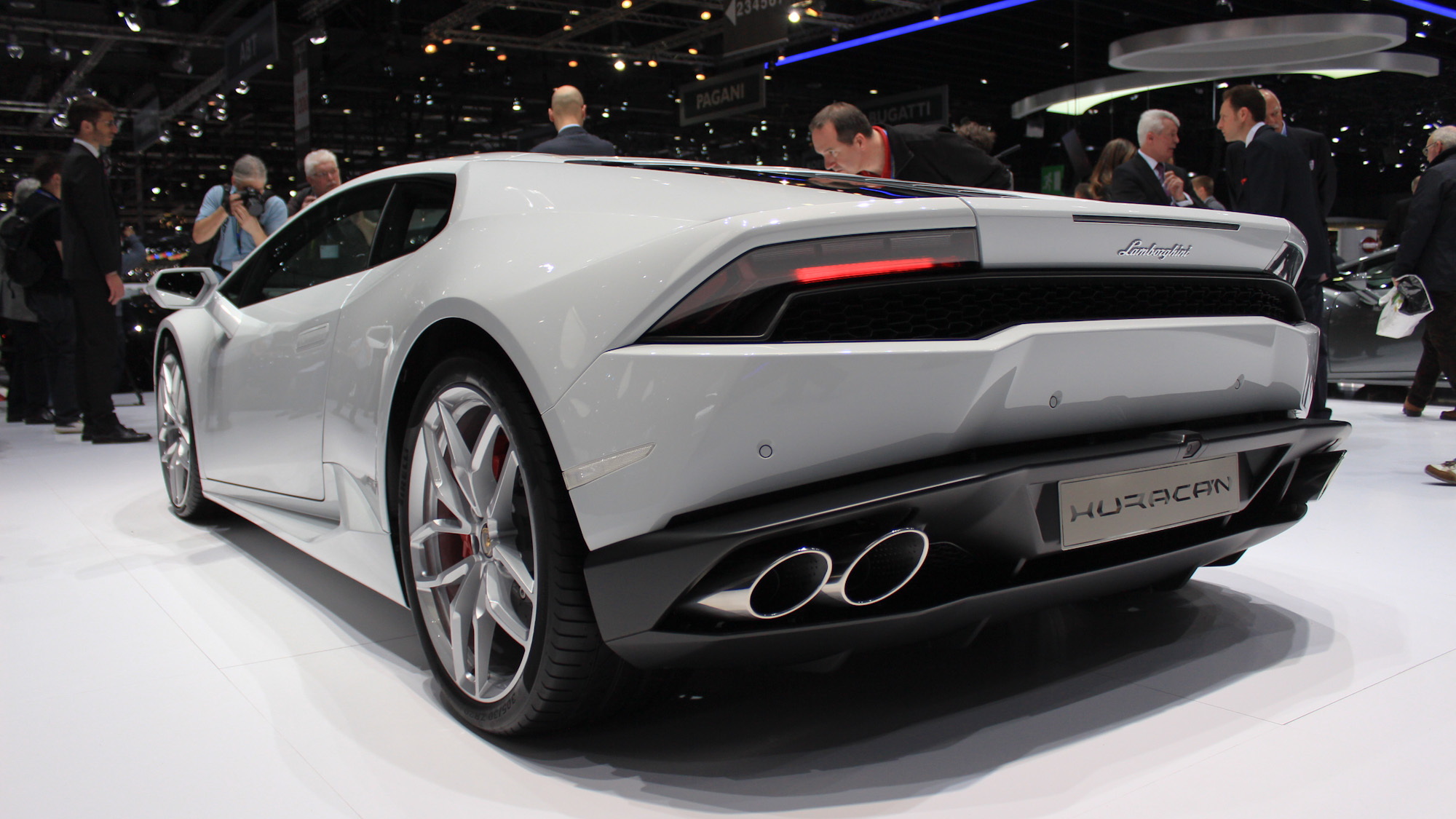 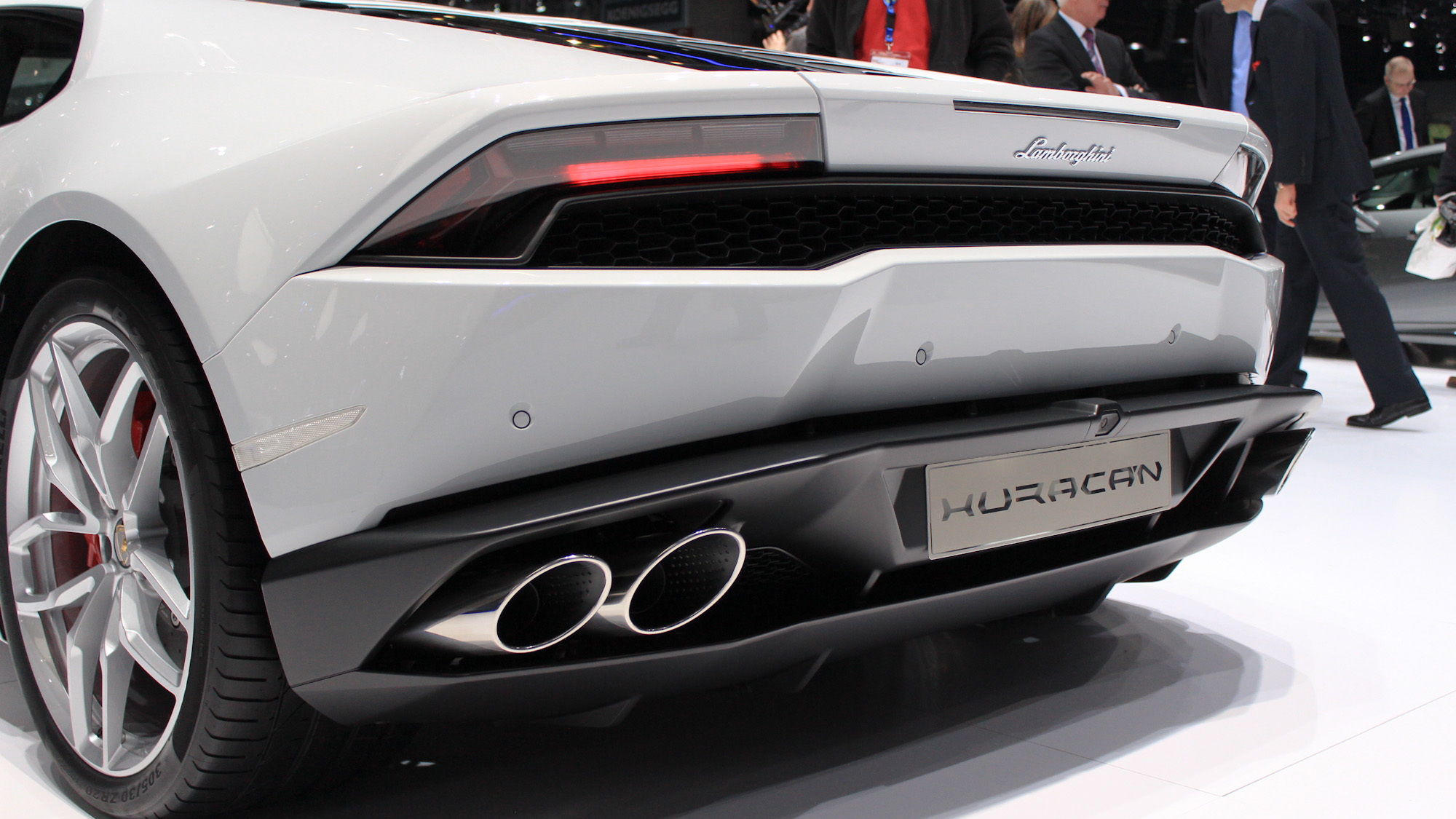 46
photos
The Lamborghini Gallardo has soldiered valiantly for the last several years of its decade-long run, with special edition upon special edition making the very most out of its now aged platform. But the Gallardo's time has come. A new Lamborghini has arrived. The Huracán, which was revealed in full today at the 2014 Geneva Motor Show.

To be precise, it's the Huracán LP 610-4. As you suspect, the 610 references the car's horsepower, though as usual, it's metric, so the American horsepower figure is closer to 601. Nevertheless, the 5.2-liter V-10 that produces the power, which arrives at a screaming 8,250 rpm, now benefits from direct fuel injection and also generates 480 pound-feet of torque.

In the Huracán's 3,140-pound chassis, that 601-horsepower V-10 is, as predicted, matched to a seven-speed dual-clutch transmission and capable of accelerating you to 62 mph in just 3.2 seconds--a figure that's likely to brush against the 3.0-second mark in the real world when the measure is 60 mph. Keeping your foot to the floor, 124 mph arrives in 9.9 seconds, and, if you have the nerves--and the nearly limitless closed course--for it, the Huracán will carry on to a top speed of more than 202 mph.

But perhaps just as important as the Huracán's performance figures is the car's appearance. It's impossible not to see the influence of the Huracán's older, larger brother, the Aventador. But at the same time, the Huracán is clearly its own car, with proportions and details setting it apart. At any rate, it's much more closely aligned with the modern Lamborghini design image than was the Gallardo.

Up front, full LED headlamps create the illumination, and are standard equipment on every Huracán. But then, every exterior light on the new Lamborghini is LED--a first for the entire compact supercar segment, according to the company.

Inside the Huracán, you'll find a reconfigurable 12.3-inch display serving as the instrument panel, relaying everything from engine rpm to navigation directions and more. The upholstery is swathed in Nappa leather and Alcantara, wrapped around a low-slung, aircraft-like layout that mirrors the Aventador's.

Comfort may be relative when you're talking about a supercar, but the Huracán offers three core modes for its driving dynamics system: Strada, Sport, and Corsa. Each mode is progressively more aggressive in its tuning of the Lamborghini Doppia Frizione seven-speed dual-clutch gearbox's behavior, the engine's throttle mapping, the dynamic exhaust, the four-wheel-drive system, and the electronic stability control. Optional Lamborghini Dynamic Steering and magneto-rheological dampers round out the dynamic elements of the Huracán's driver interface, also adjusted by the three core dynamic settings.

Underpinning the car is a heavily revised version of the Gallardo’s platform. Called a hybrid chassis, the platform of the Huracán is the first in the Volkswagen Group to blend both carbon fiber and aluminum. This same platform will be shared with the next-generation Audi R8.

One standout feature of the platform is the Lamborghini Piattaforma Inerziale, a system for precise and direct measurements of the vehicle movements (X, Y, Z accelerations, Roll, Pitch, Yaw rates). It consists of several on-board sensors: 3 accelerometers + 3 gyroscopes precisely placed on the center of gravity of the car and provides real-time high-speed communication between all the electronic systems such as stability control, all-wheel-drive sensors and electronic steering.

The Huracán runs in its standard format on silver 20-inch alloy wheels. The tires--245/30 at the front and 305/30 at the rear--are from the Pirelli P Zero range and were developed specifically for the car. A lighter 20-inch wheel pattern is offered as an option.

Behind the big wheels are potent brakes that come as standard with carbon ceramic technology. All four discs are internally ventilated and perforated, their cooling channels quickly dissipating the heat. The high-end discs are virtually fade-free, extremely robust and offer exceptional performance paired with excellent longevity.

So what about that name, Huracán? Like all Lamborghinis of recent vintage, the Huracán is named after a Spanish fighting bull. This one is from the Conte de la Patilla line, and, according to Lamborghini, was known for his "outstanding courage and strong sense of attack." That's a sentiment we can surely get behind.

Lamborghini will build the Huracán on a brand-new line at its Sant'Agata Bolognese plant, with the first cars reaching customers in the spring of 2014. While the Gallardo remains the most popular Lamborghini to date (14,022 have been produced), the Huracán may just steal the title. Already in its first month on the market, the car has managed to rack up more than 700 orders.