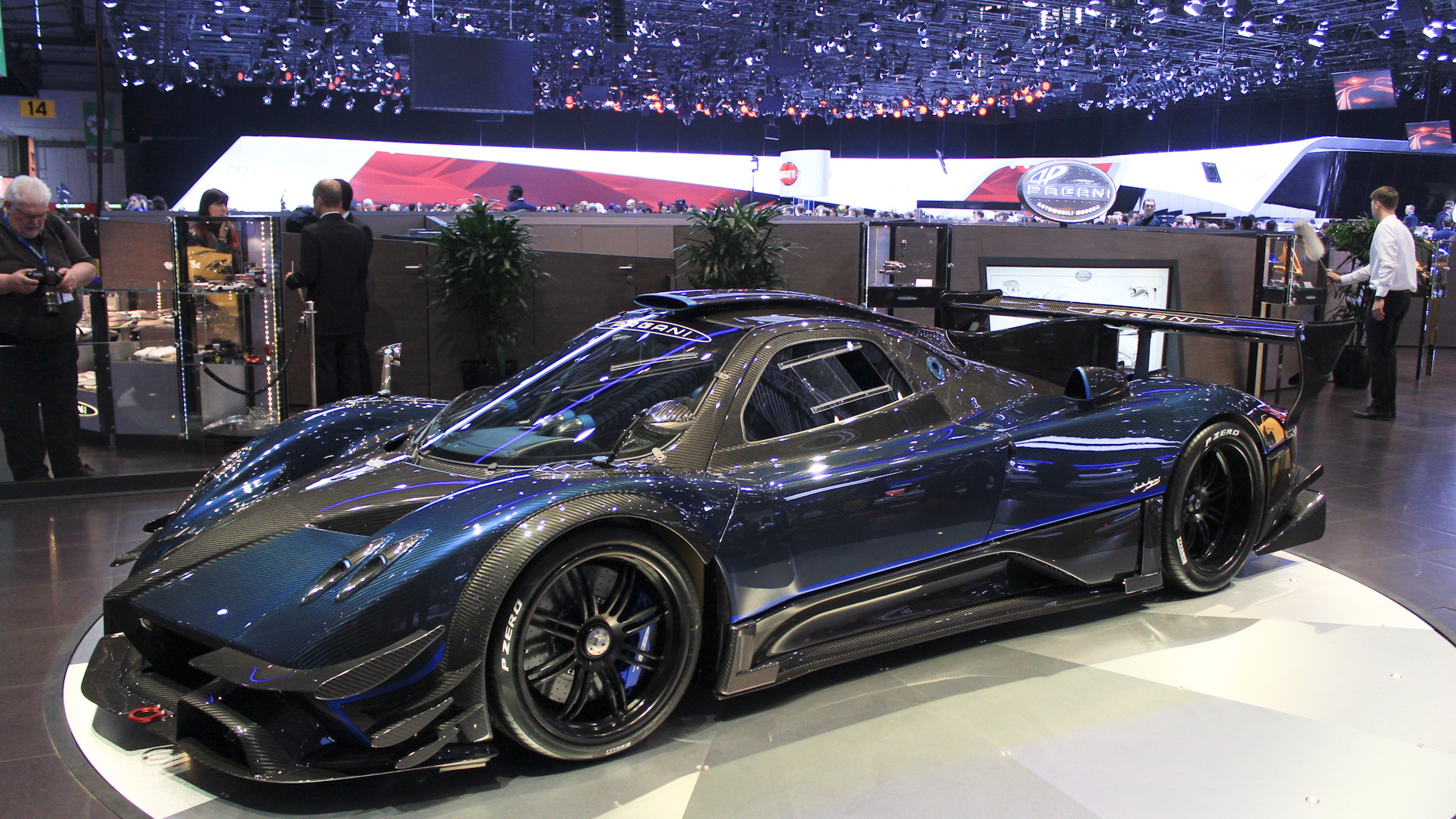 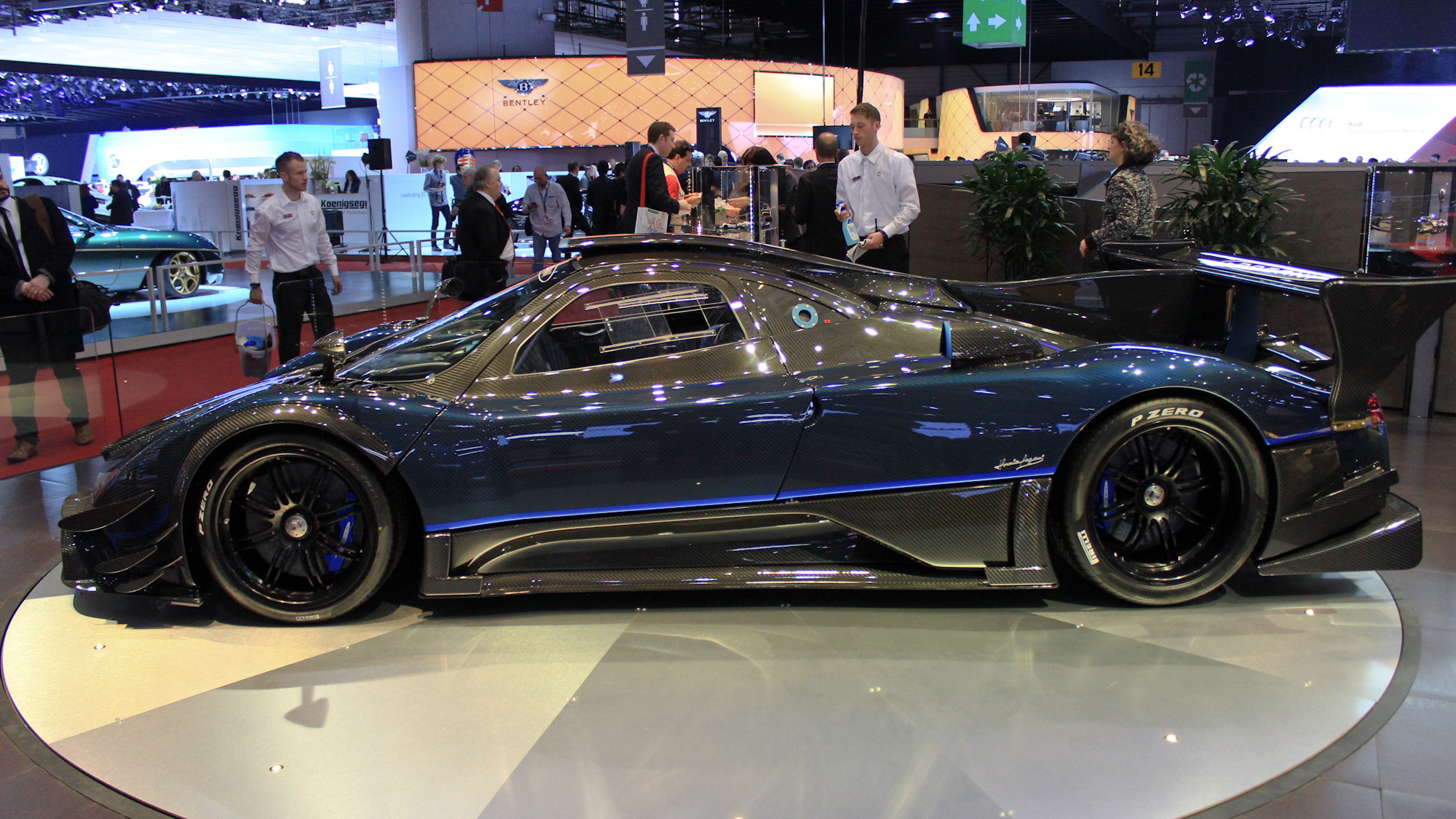 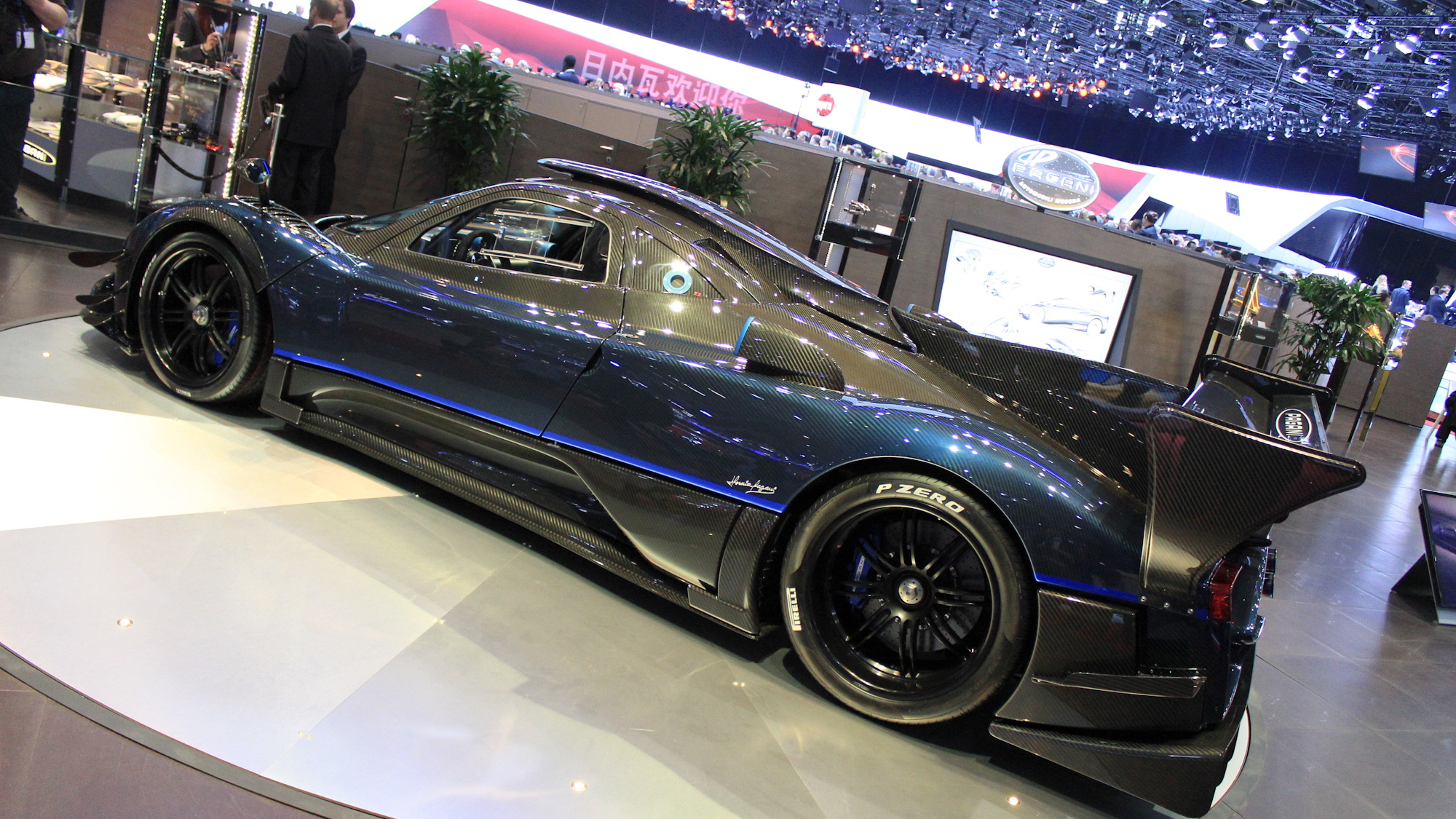 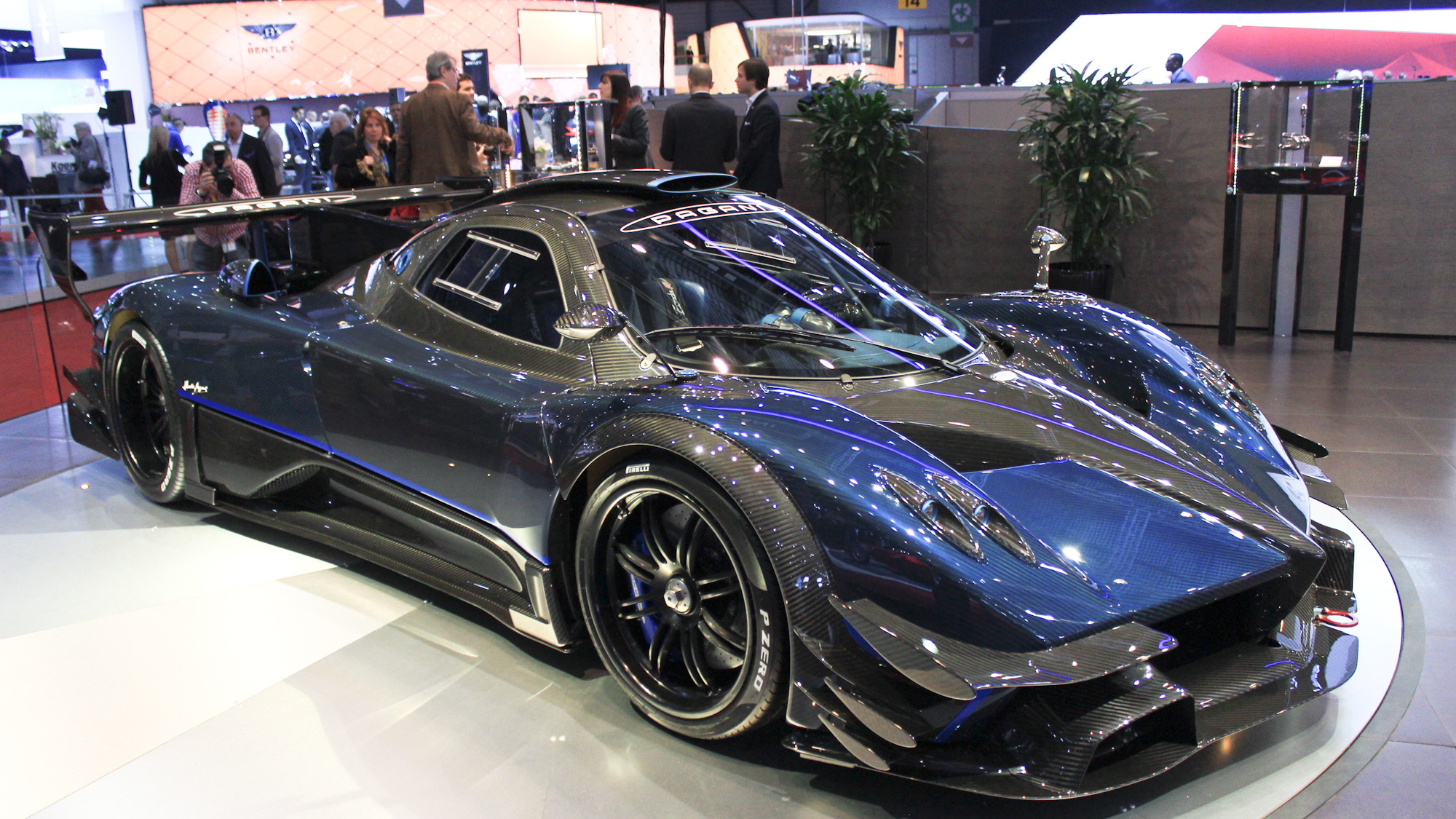 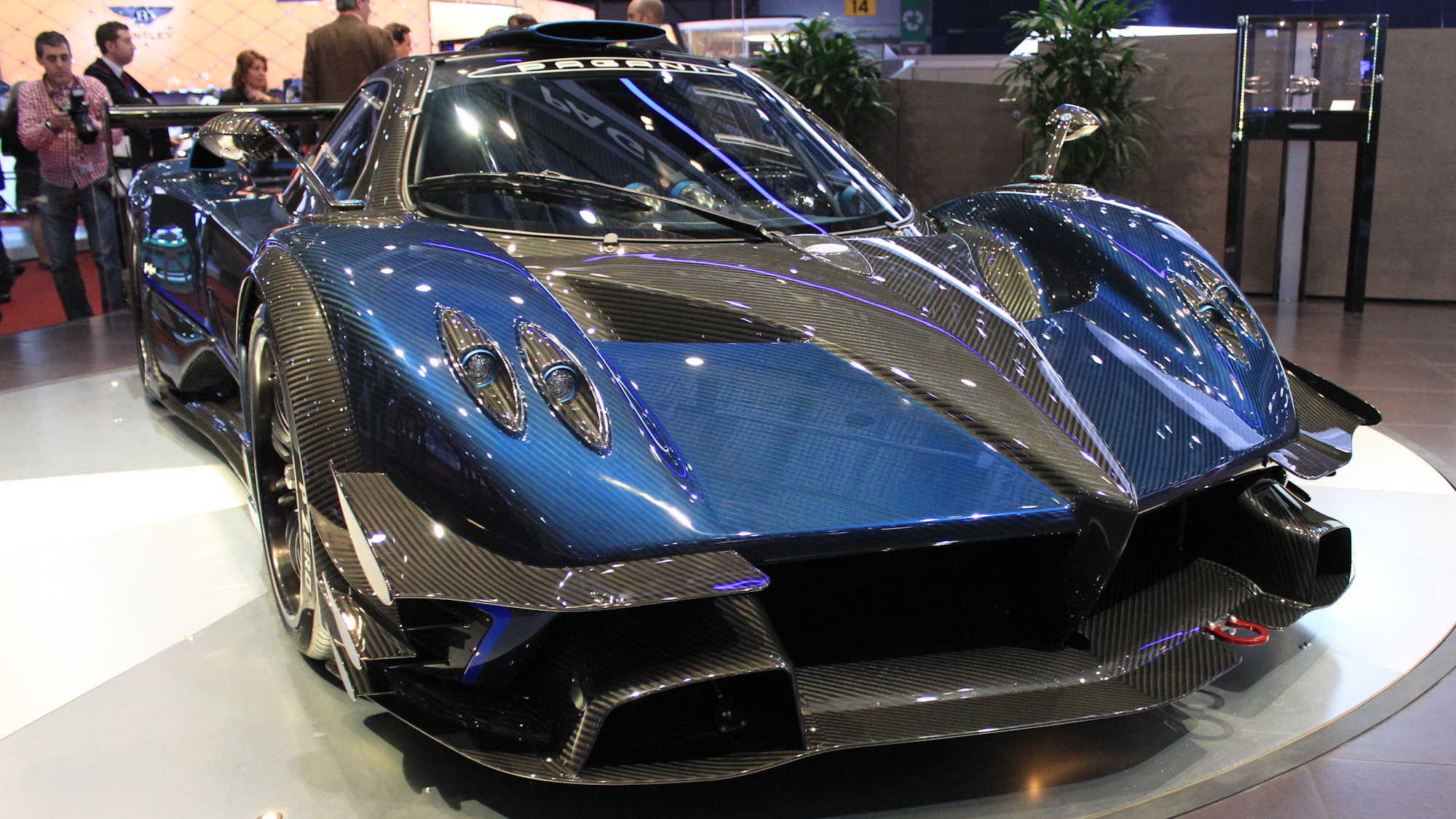 At this week’s 2014 Geneva Motor Show, Pagani is showing off its fifth and final Zonda Revolucion, which means production of the Zonda line of supercars has reached an end. Sadly, all five Zonda Revolucions built have been sold, with this particular example, which wears blue carbon panels, destined for a customer in Japan.

The Zonda Revolucion is strictly a track toy, as it can’t be registered for road use and doesn’t adhere to any particular motorsport regulations. But it’s possibly one of the fastest track toys money can could buy as it’s capable of setting some incredible track times.

Pagani hasn’t provided any performance figures just yet, but the company says the Zonda Revolucion is more extreme than the previous Zonda R, which set a 6:47 Nürburgring lap time back in 2010, so expect even better numbers.

The car packs Pagani’s latest technology, including a 6.0-liter AMG V-12 with 800 horsepower and 538 pound-feet of torque. That power doesn't have much vehicle to push because the Revolucion weighs in at just 2,360 pounds.

Joining the mighty mill is a carbon-titanium monocoque chassis, track-tuned suspension, six-speed sequential gearbox, carbon ceramic brakes, and active aerodynamics complete with a Formula One-inspired DRS (Drag-Reduction-System). The latter has two different operating modes, both of which can be activated by the driver at a push of a button on the steering wheel.

Pricing for the Zonda Revolucion was originally set at 2.2 million euros (approximately $3 million).

As mentioned, the Zonda Revolucion marks the end of the Pagani Zonda line of supercars. The very first Zonda, the C12, made its world debut at the Geneva Motor Show back in 1999. It, too, was powered by a 6.0-liter V-12 engine from AMG but developed just 389 horsepower and 420 pound-feet of torque. Over the years, numerous Zonda variants have been launched including a roadster in 2003. The last of the road-going Zondas were the ‘760’ series launched in 2012, one of which is owned by Formula One world champion Lewis Hamilton.