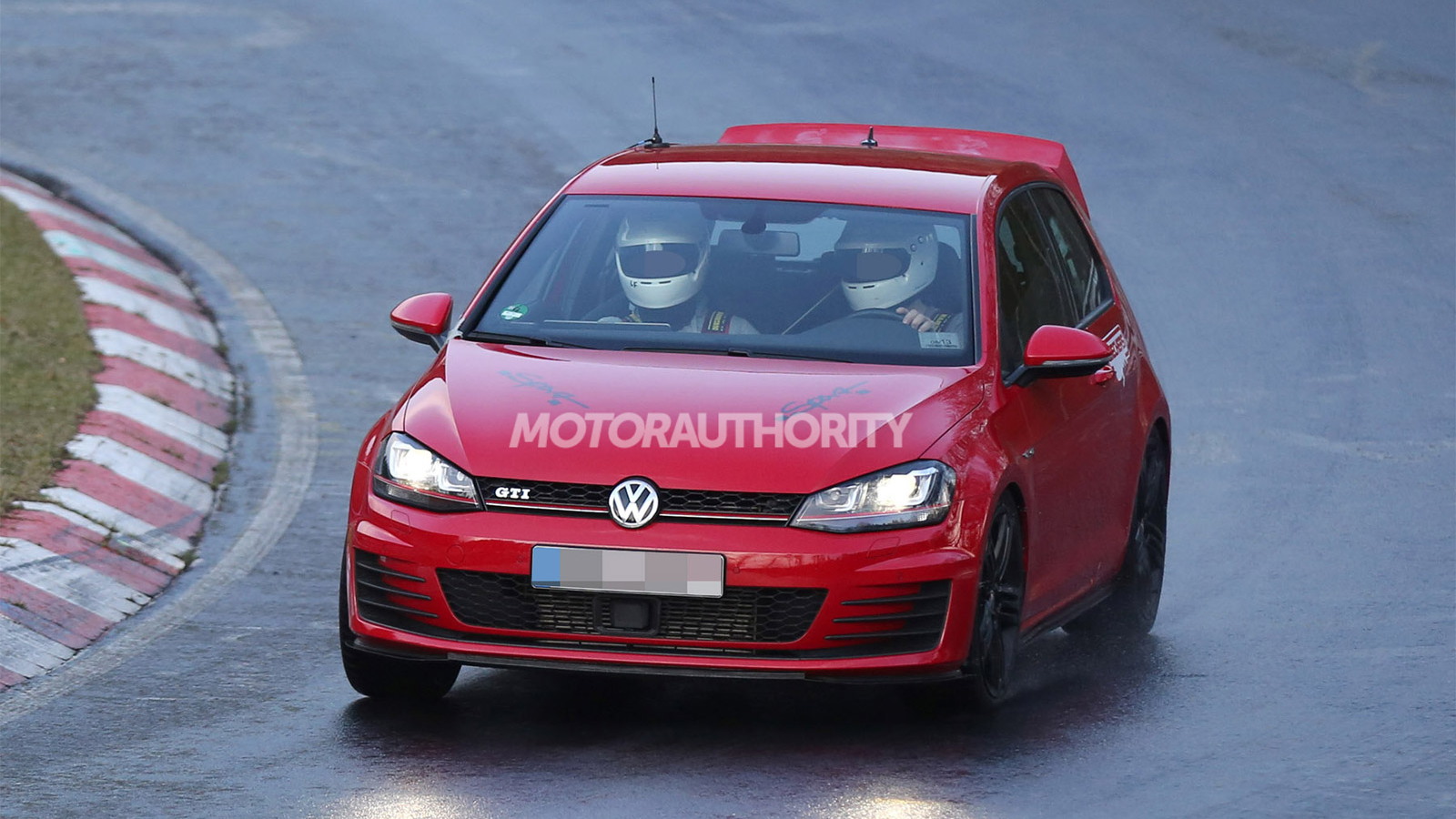 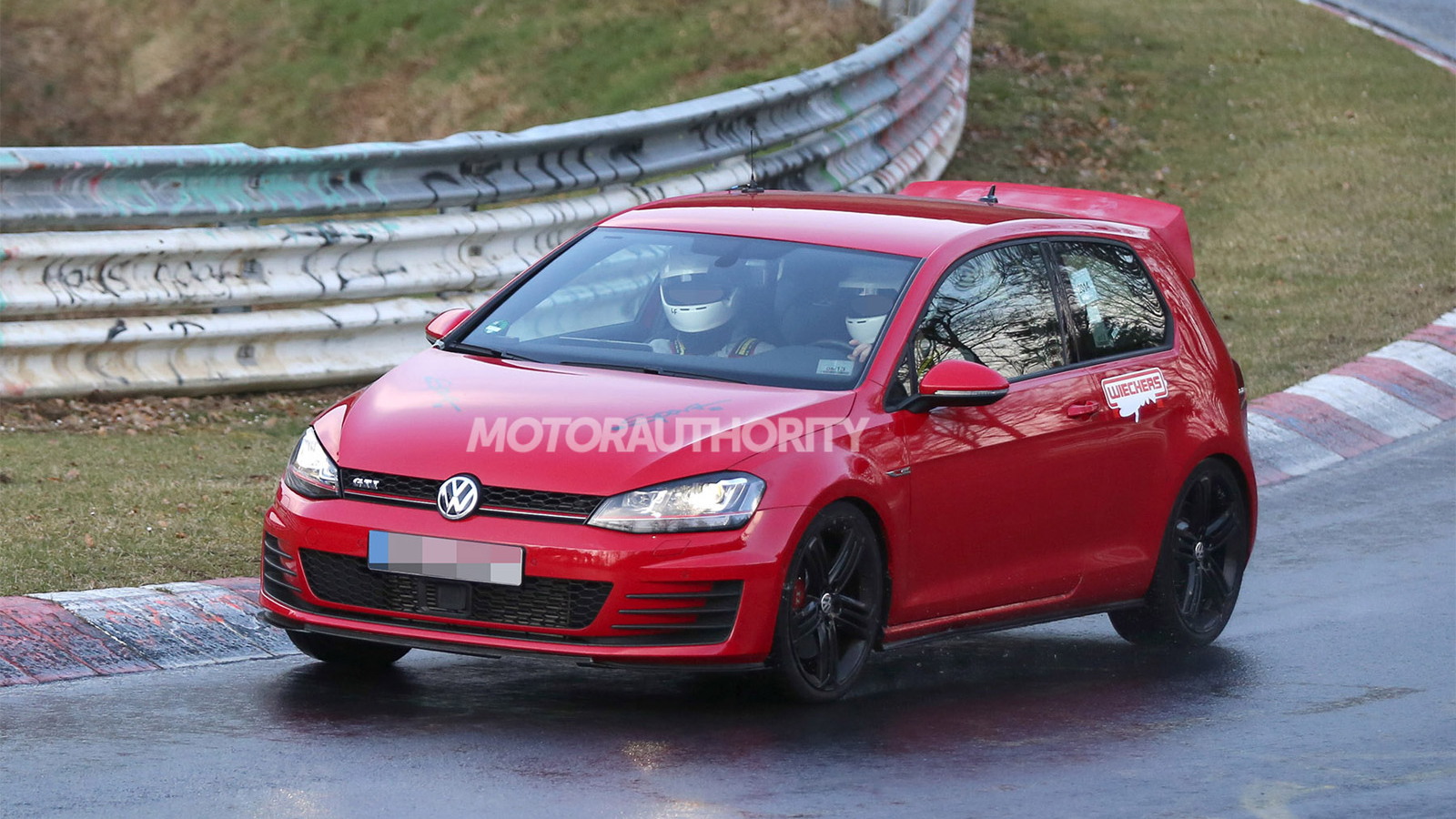 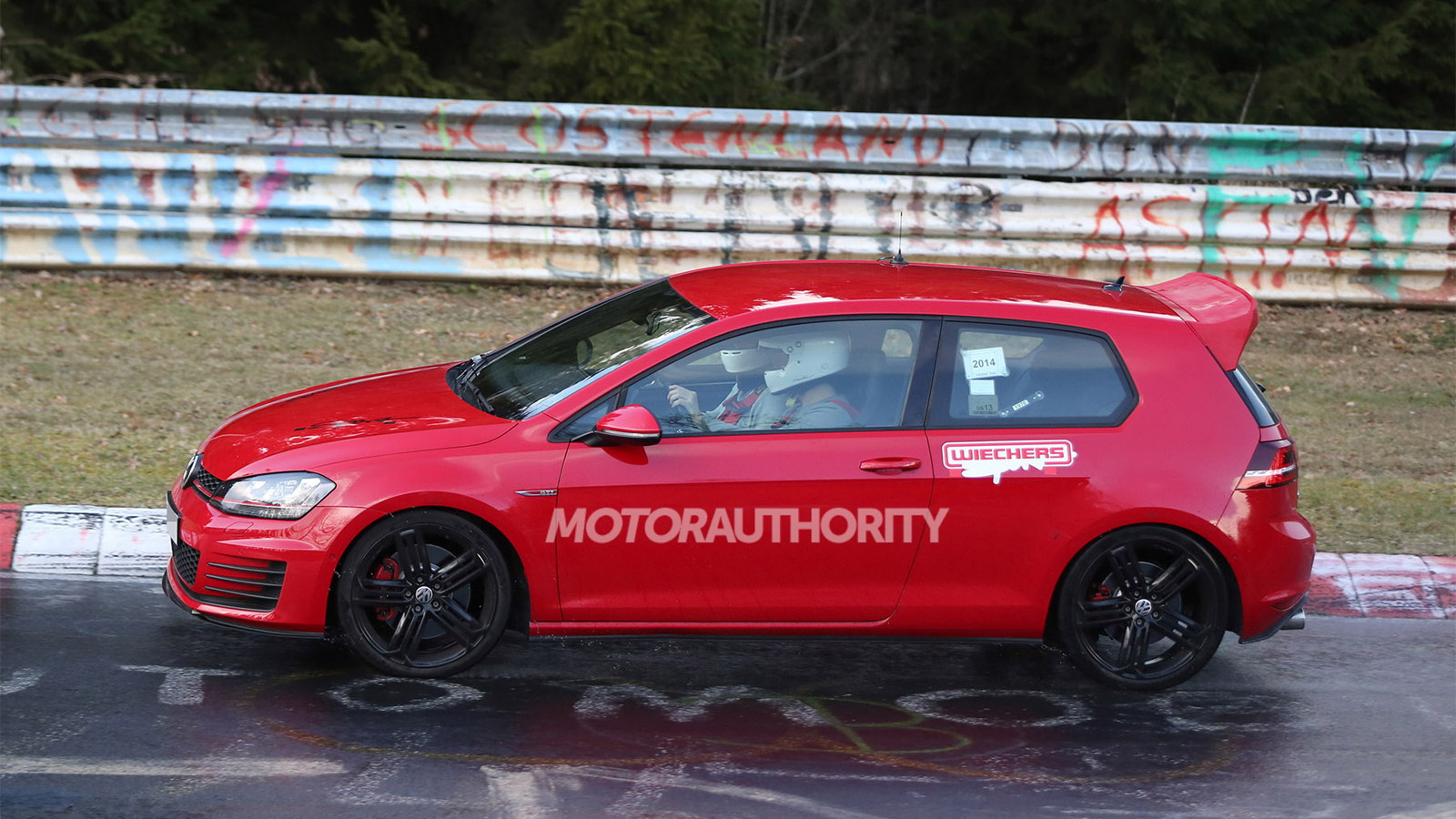 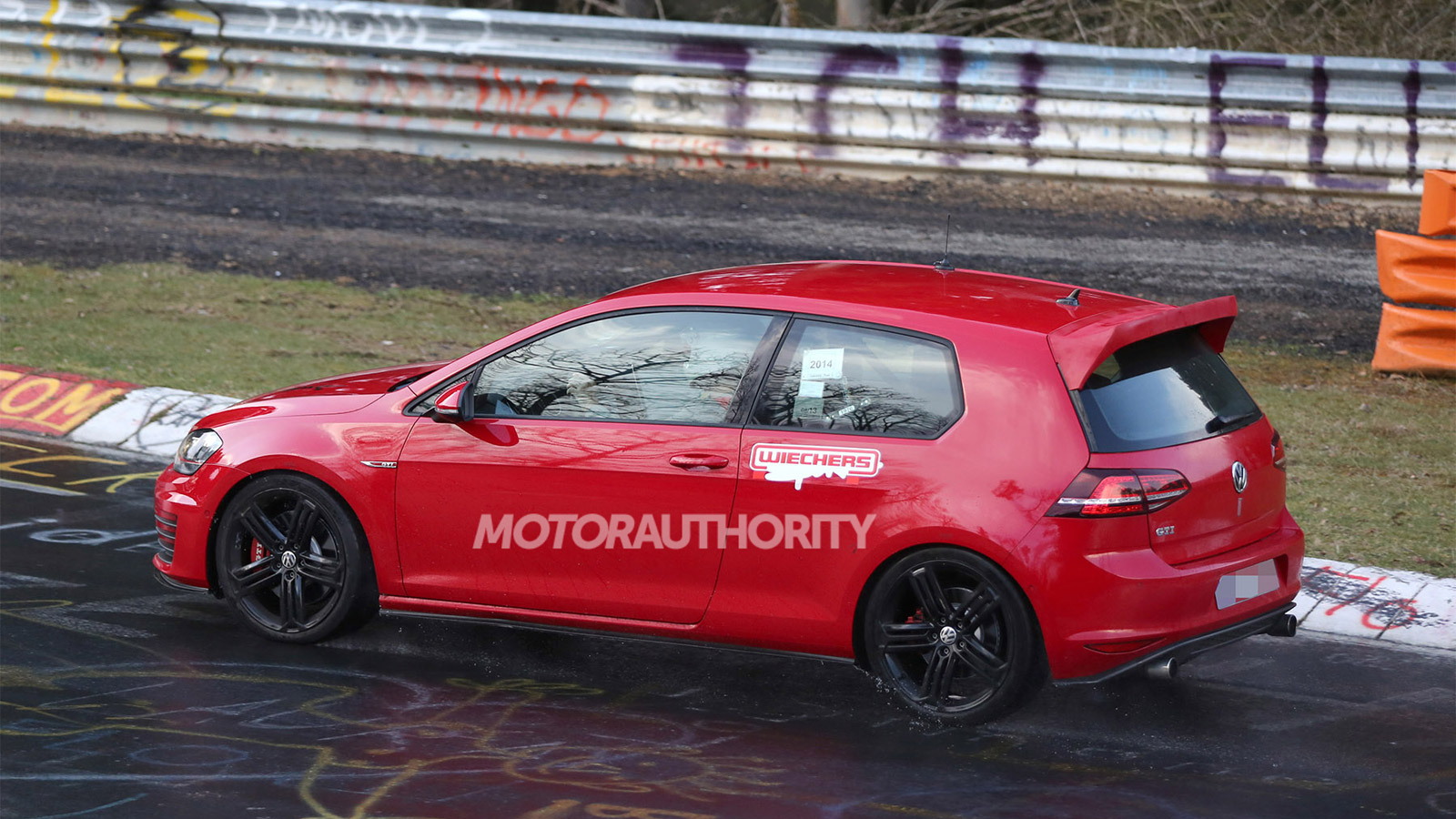 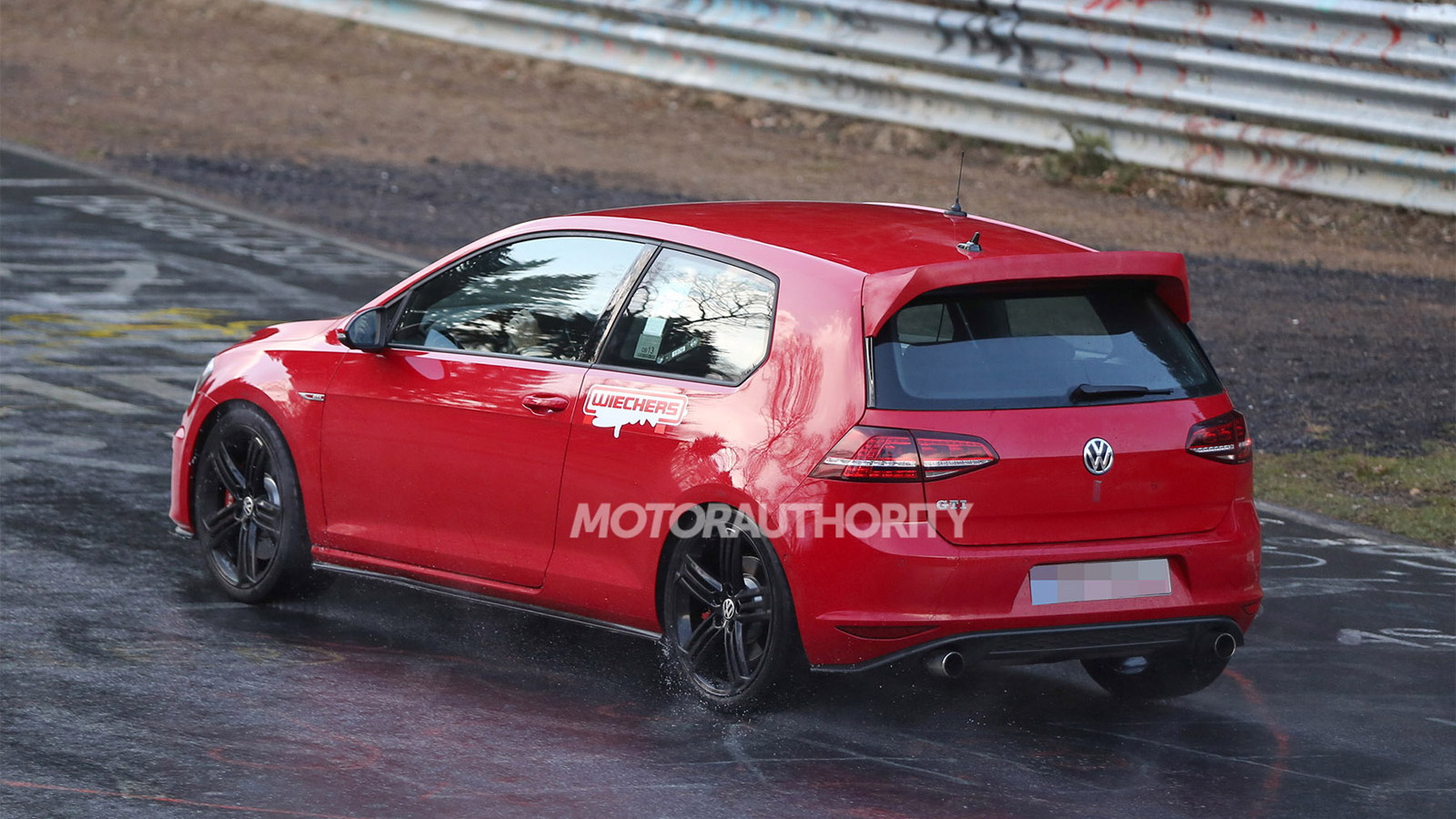 20
photos
Volkswagen engineers have started testing a mysterious Golf GTI prototype that we suspect may be for a hardcore track variant, hence the “Club Sport” tag. The car was seen running some hot laps at Germany’s Nürburgring, and a number of elements it’s wearing provide clues towards its potential identity.

The most obvious markings are the Wiechers logo on its flanks. Wiechers is a German motorsport and engineering firm that sells parts for building track cars. The company specializes in custom roll cages and also offers racing seats, harnesses and suspension upgrades. It’s clear that most of these have been fitted to the mysterious GTI prototype.

The car also has a new lip spoiler at the front, 18-inch wheels borrowed from the Golf R (suggesting uprated brakes), lowered suspension and a massive roof-mounted rear wing. We can’t confirm if there’s been any upgrades made to the powertrain, but our photographer said the prototype sounded much louder than the regular GTI, which delivers 210 horsepower in standard form and 220 hp when an available Performance Park is equipped.

This year’s Wörthersee Tour tuning fest isn’t far away (it gets underway May 28) and VW typically presents tuned versions of its cars at the Austrian event, so perhaps we’ll see this mysterious GTI prototype unveiled there.

Another possibility is that VW has started testing of a more potent version of the Golf R, rumored to be called the Golf R Evo, and the GTI exterior is simply being used to fool onlookers. The extreme Golf R is said to be getting a more powerful engine, more aerodynamic styling, and a series of weight-saving measures.

We'll bring you an update as soon as more details surface.