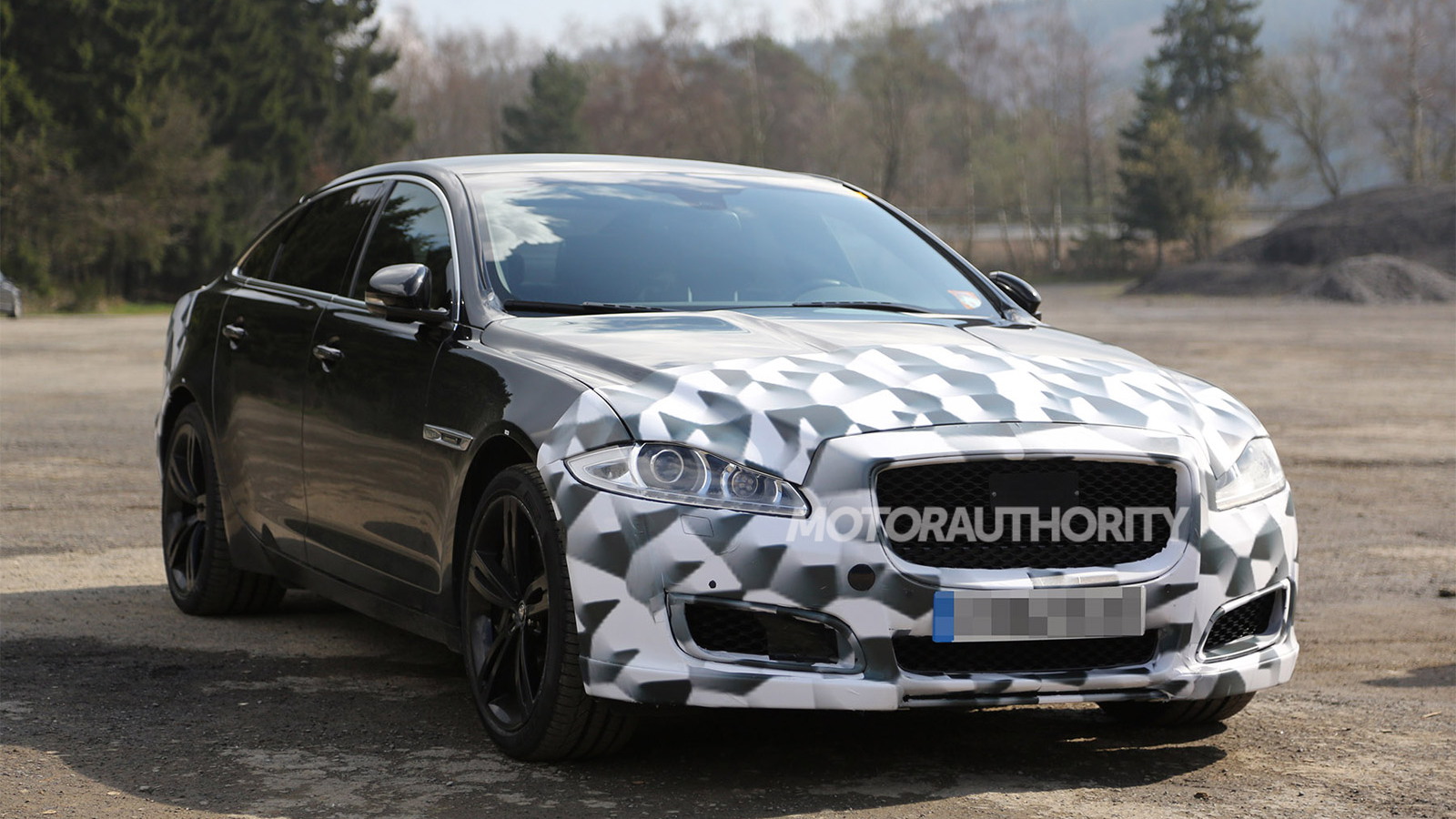 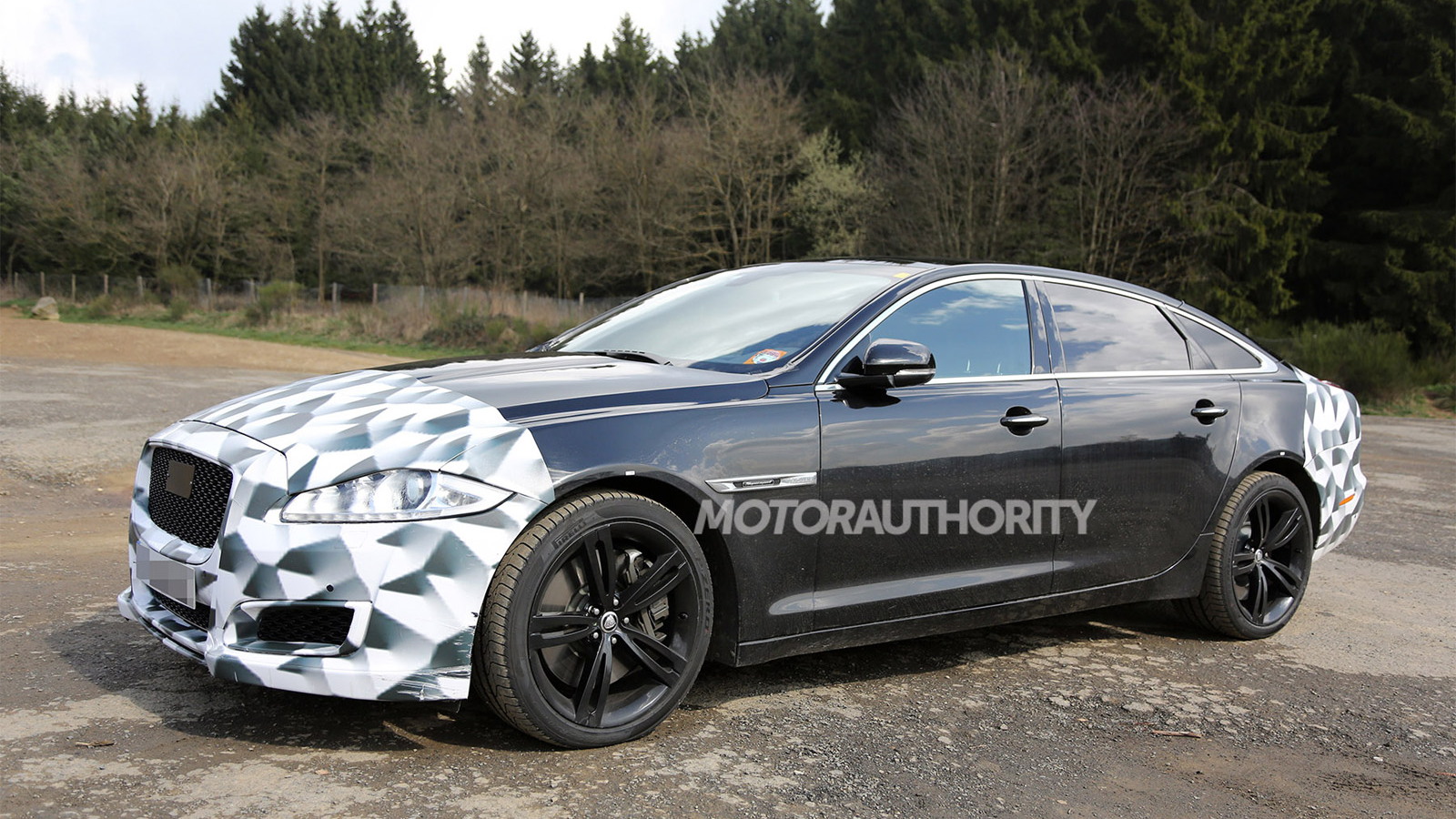 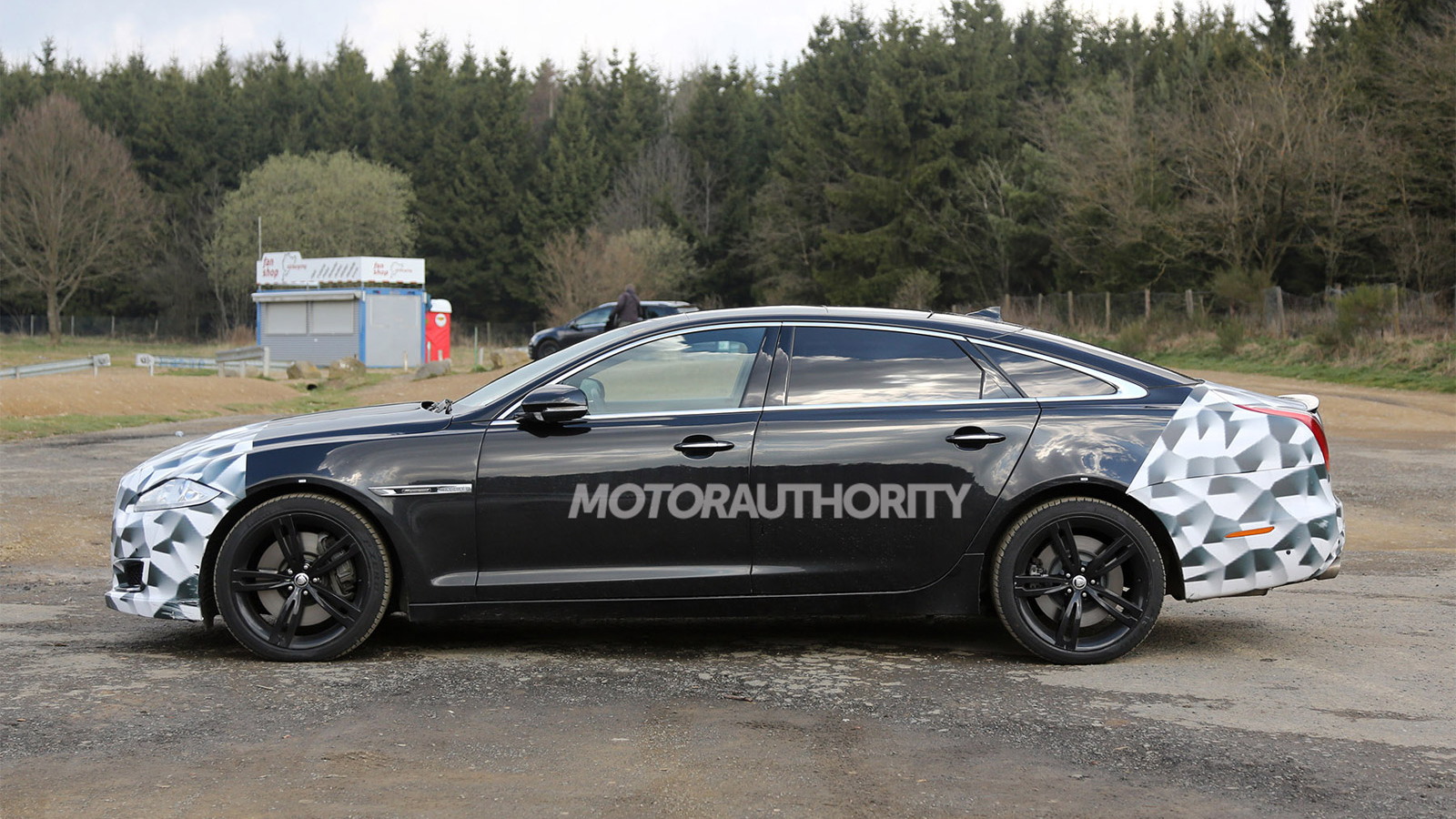 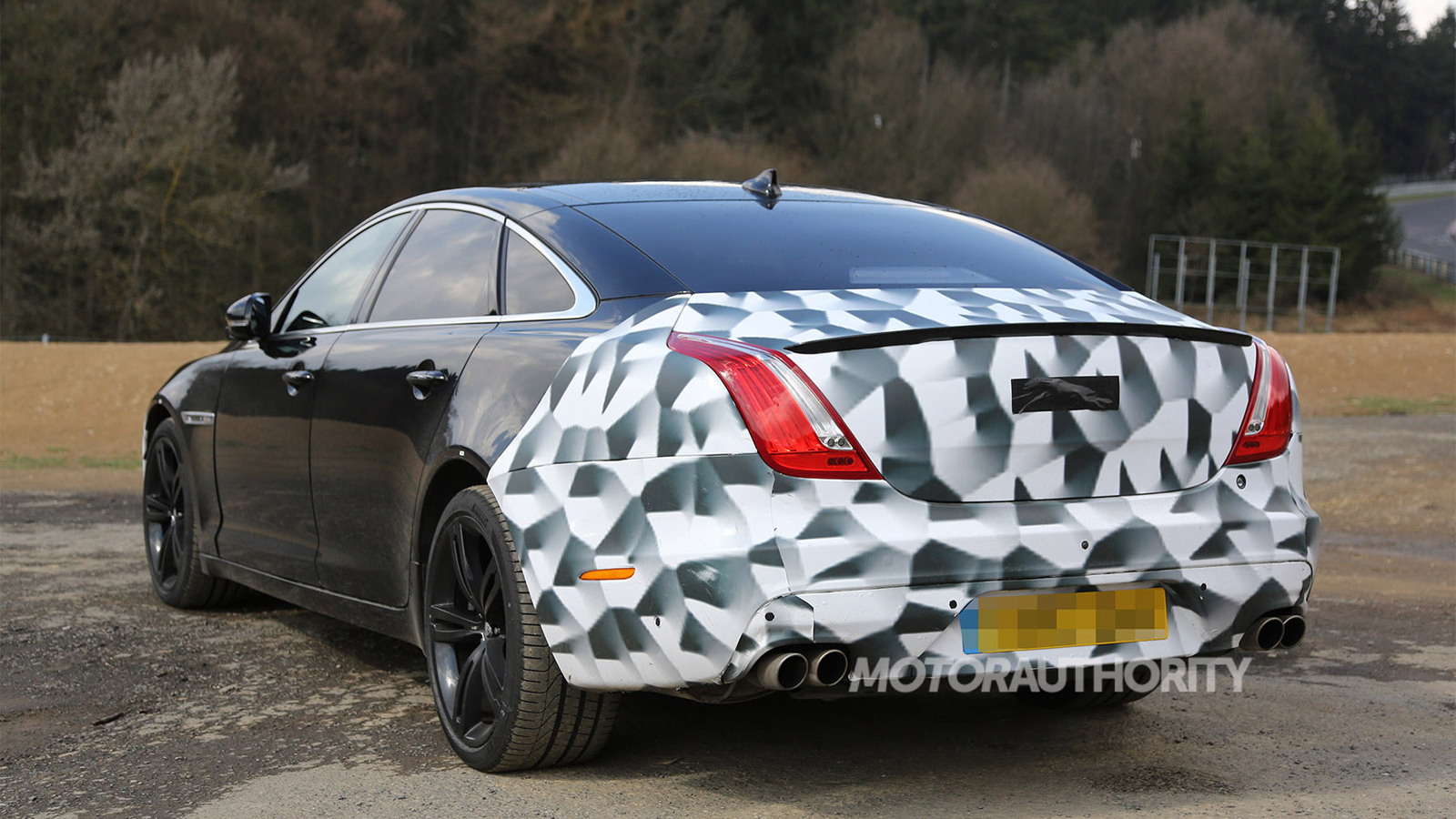 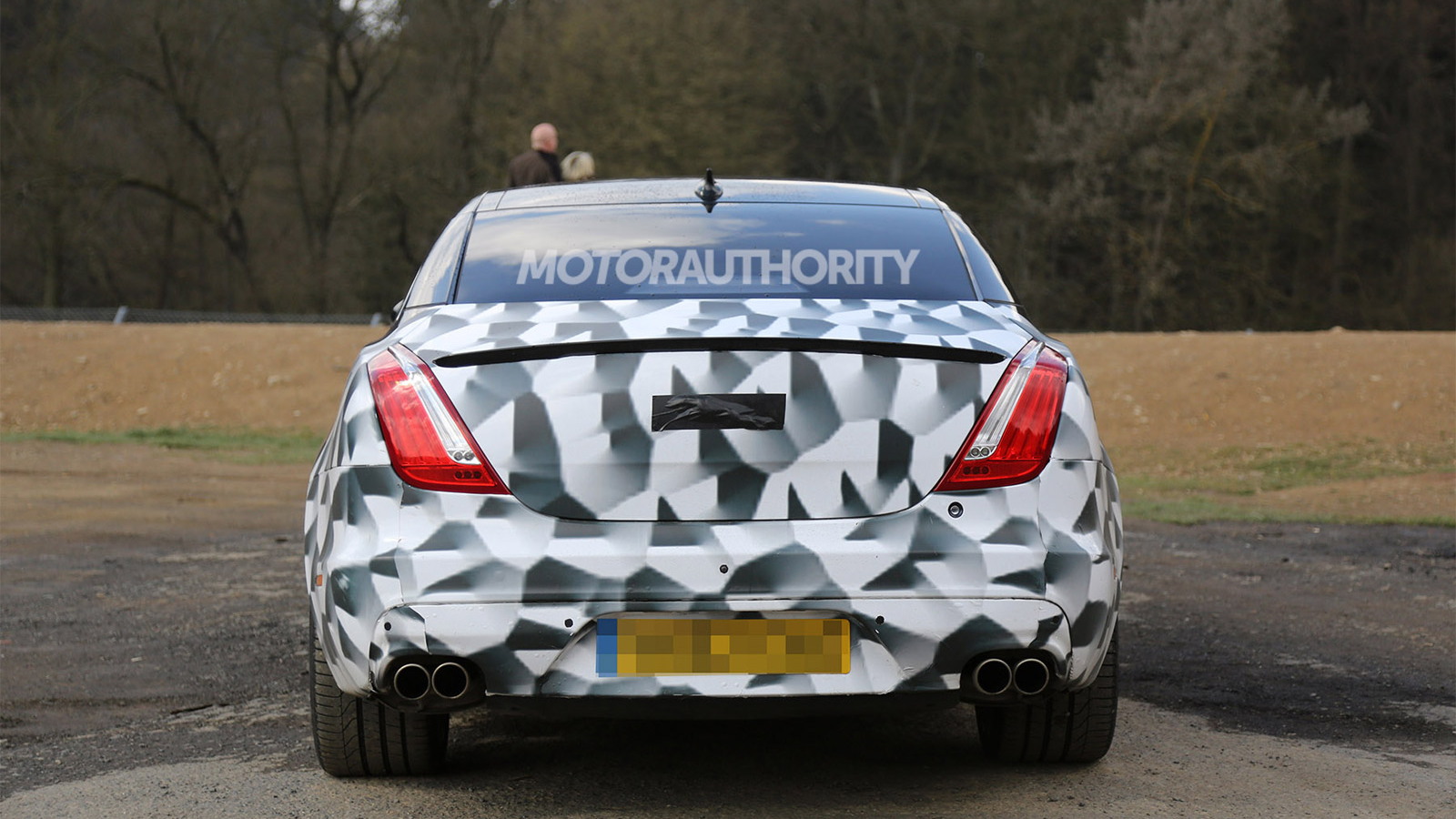 10
photos
Jaguar’s current XJR only hit the market last year but an update is already on the way, as evidenced by these spy shots of a prototype version of the luxurious sport sedan. The update will coincide with the introduction of a facelifted XJ range later this year, and appears to include subtle changes to the styling at the front and rear of the car.

The bumpers on the prototype are new, and the intakes at the front are bigger than those on the current XJR. The grille surround also extends further out slightly, making the grille appear deeper. This will be a common feature on the facelifted XJ range.

A peek inside doesn’t reveal any changes, though we wouldn't be surprised to see some new trim options and perhaps an updated interface on the facelifted XJ range.

Expect the current XJR’s supercharged 5.0-liter V-8 and eight-speed auto combo to carry over unchanged. This means peak output of 550 horsepower and 502 pound-feet of torque, which is enough for a 0-60 mph time of 4.4 seconds and a top speed of 174 mph. The XJR also benefits from stiffer springs front and rear, and these may be coming in for some tweaks; this particular prototype was spotted near Germany's Nürburgring, meaning the car likely has some high-speed circuit testing in store.

Look for the facelifted XJ range, including this XJR variant, to come onto the market later this year, as a 2016 model.