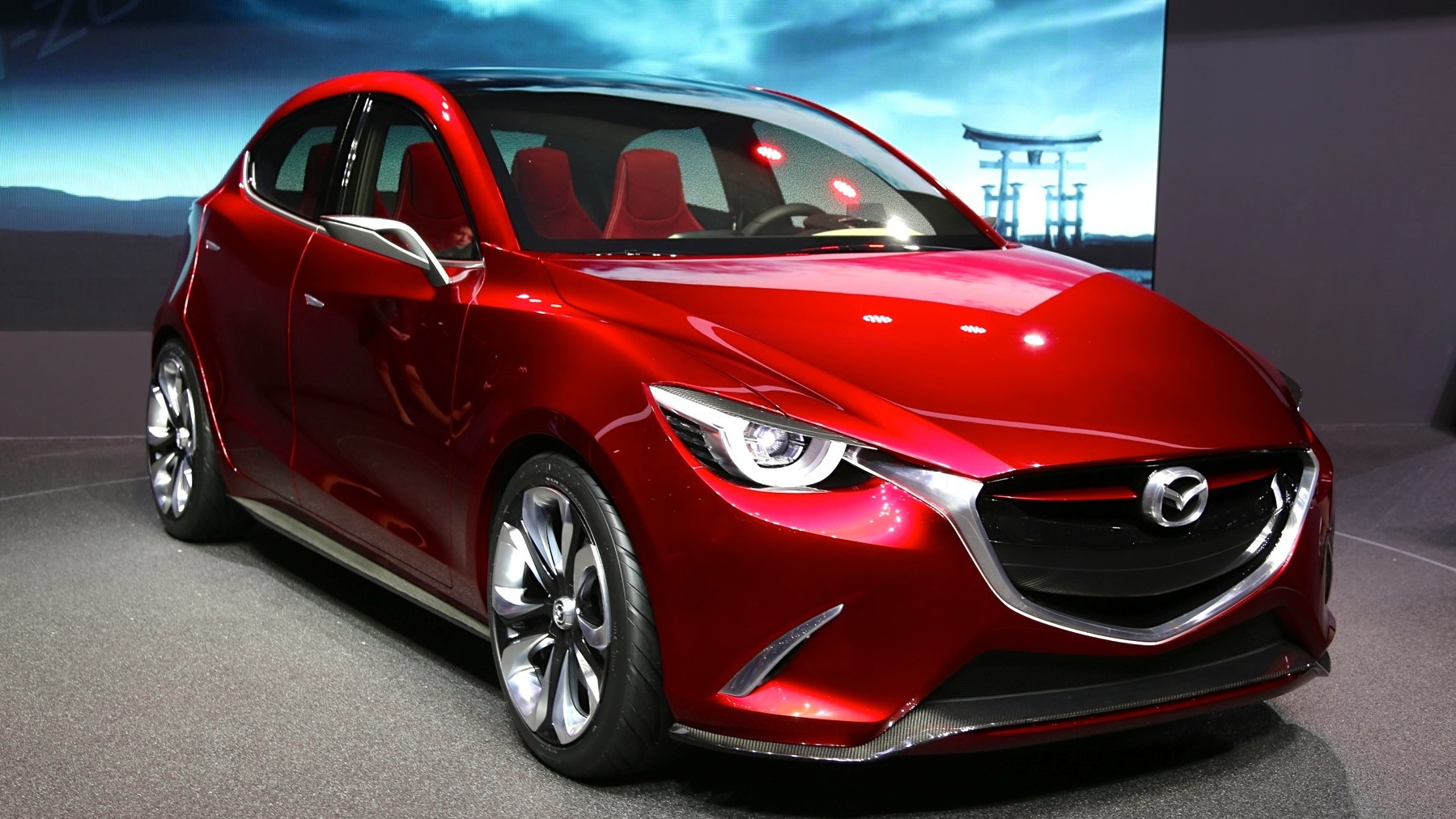 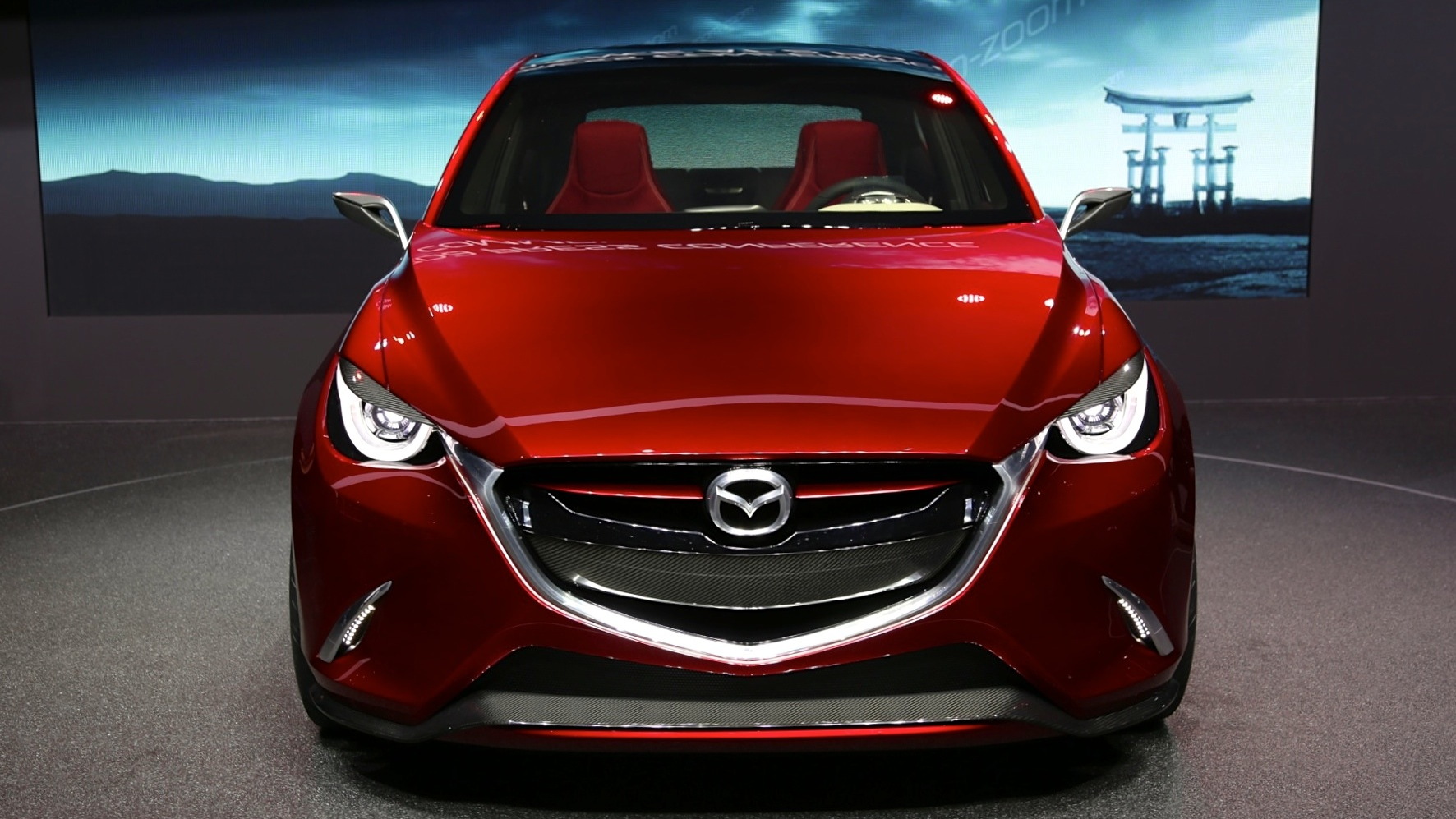 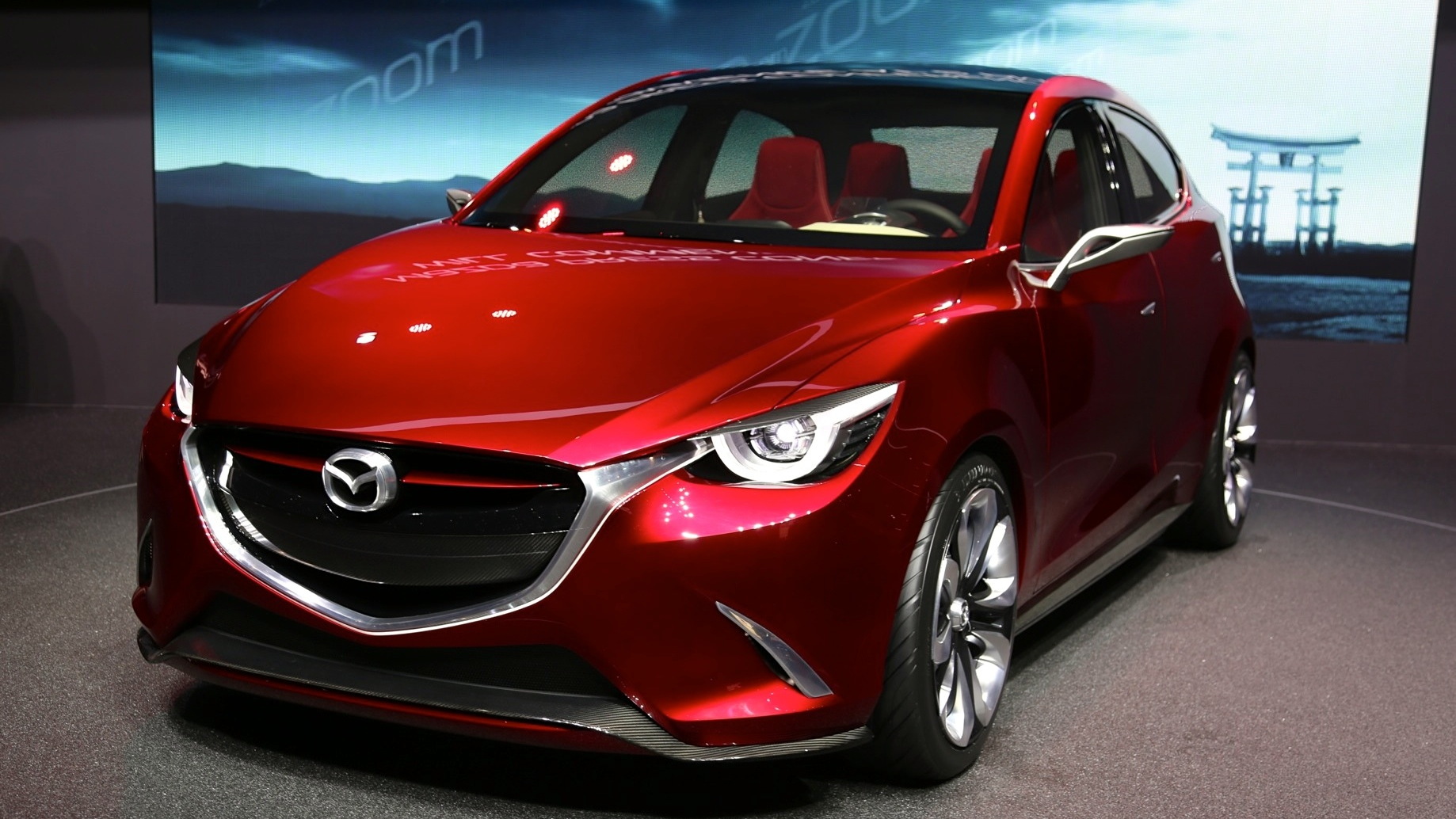 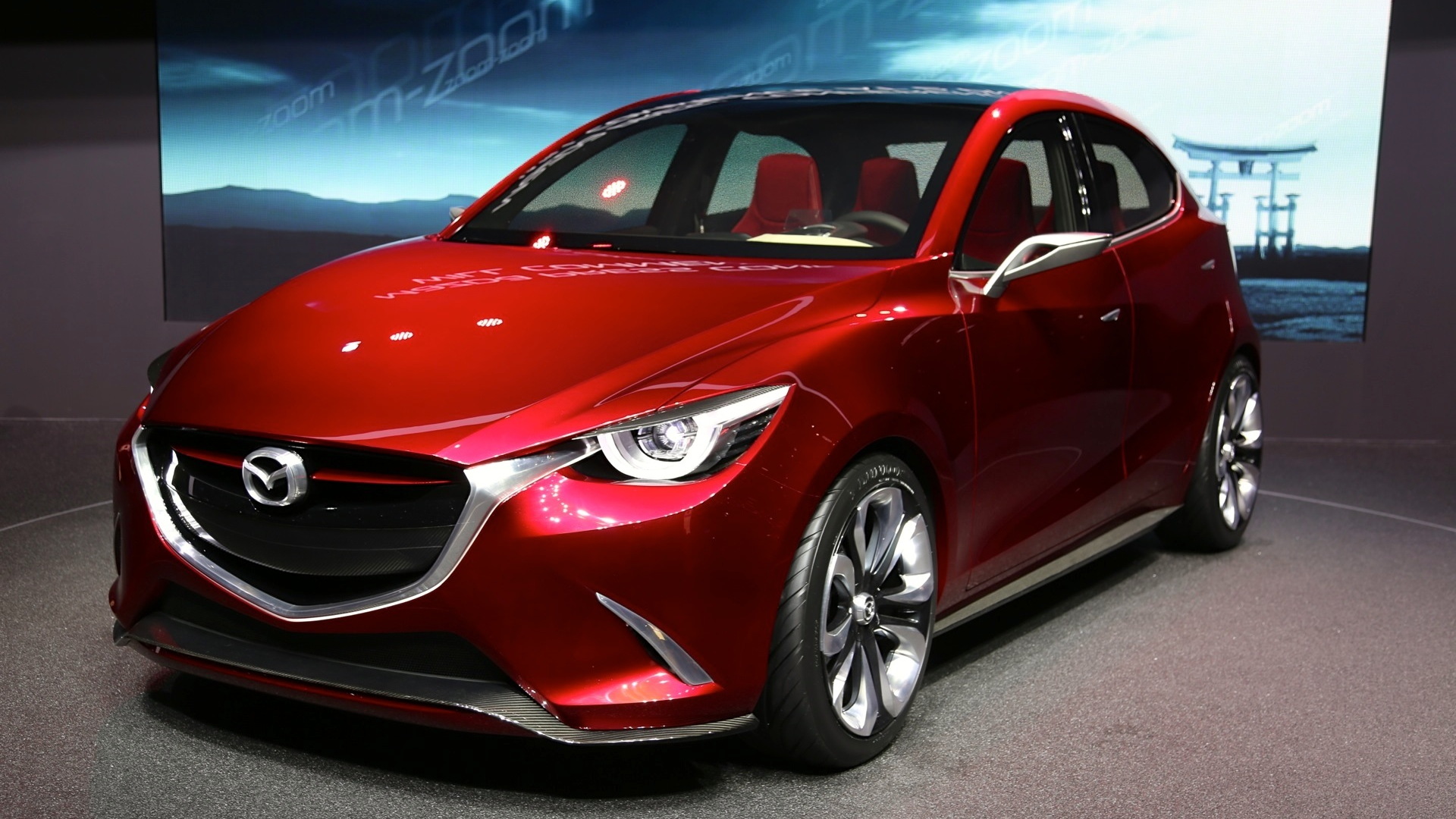 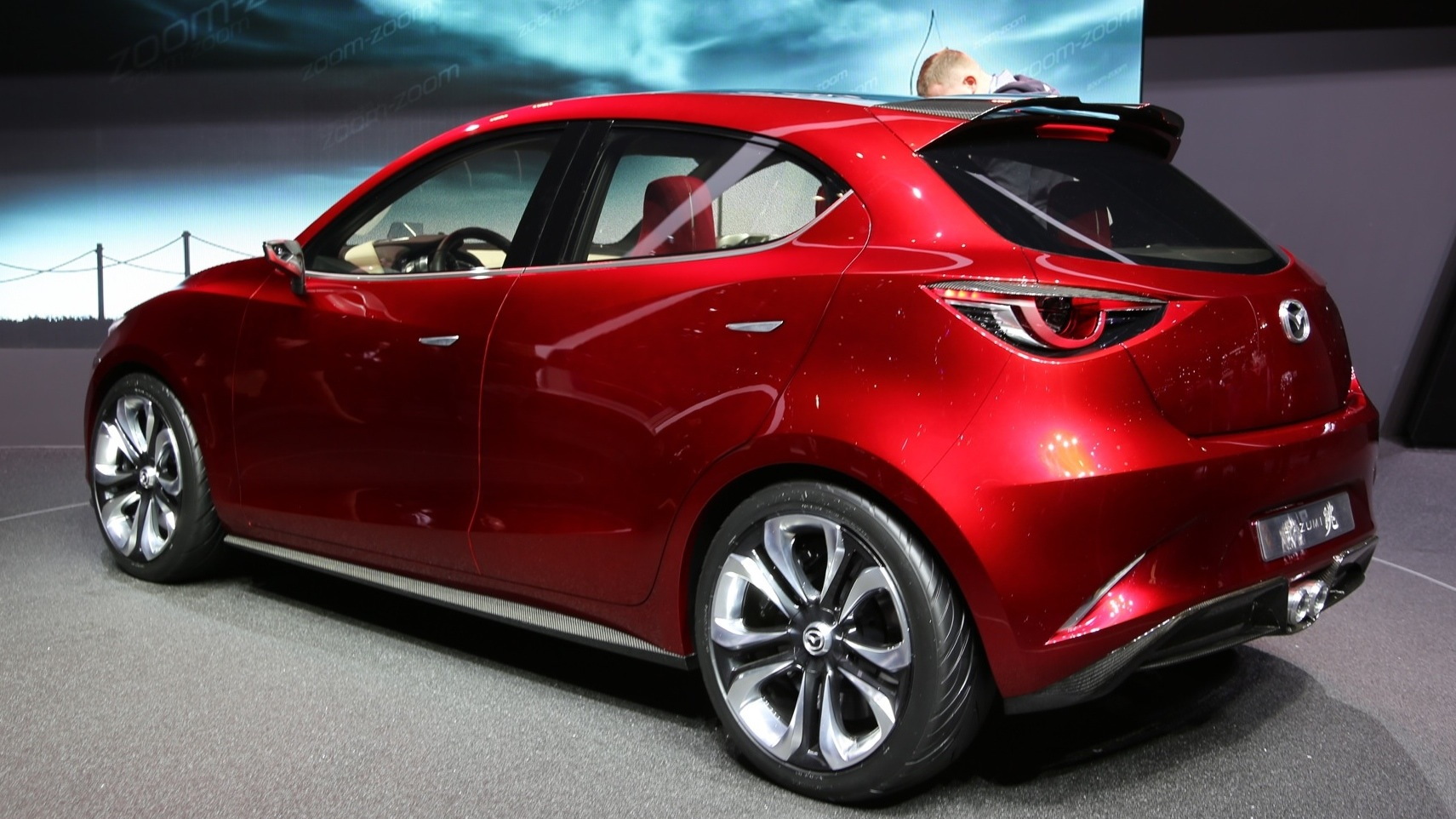 14
photos
A new Mazda 2 subcompact can't come along soon enough, and today at the Geneva Motor Show we got our best look yet at its replacement.

Called the Hazumi, Mazda's new concept is to the 2 as the Minagi was to the production CX-5 and the Takeri was to the sleek 6 sedan--a very close representation of the final production model. Which is a very good thing, as the Hazumi looks fantastic. There's a hint of the current-generation 2's proportions in its side profile and to the rear, but at the front it follows on from previous Kodo-inspired Mazda models, with the same five-point grille and frowning LED-laden headlights.

Under the hood is Mazda's latest-generation diesel engine, a 1.5-liter four-cylinder Skyactiv-D unit. Using similar technology to the larger 2.2-liter Sky-D engine, the 1.5 should be a perfect fit when it arrives in the production 2, with cleaner exhaust emissions, a low carbon dioxide output--under 90 grams per kilometer--and "dynamic performance". Official fuel economy hasn't yet been announced, but on the European cycle 90 g/km of CO2 corresponds to 69 mpg or more. It's unlikely such an engine would be offered in the U.S, but MPG in the mid-fifties would be the likely outcome in EPA testing.

The Hazumi also touts the latest in-car infotainment and safety kit, including i-ACTIVSENSE and MZD Connect. The former is a series of proactive safety systems designed to prevent accidents before they happen, while the latter is already available in the larger Mazda 3. It allows simple connection of smartphones to the car's infotainment system, making web applications available through the car's system. Whichever brand of smartphone you use, there's also a flexible hardware module to ensure compatibility, and in-vehicle software updates allow the system to keep pace with smartphone developments.