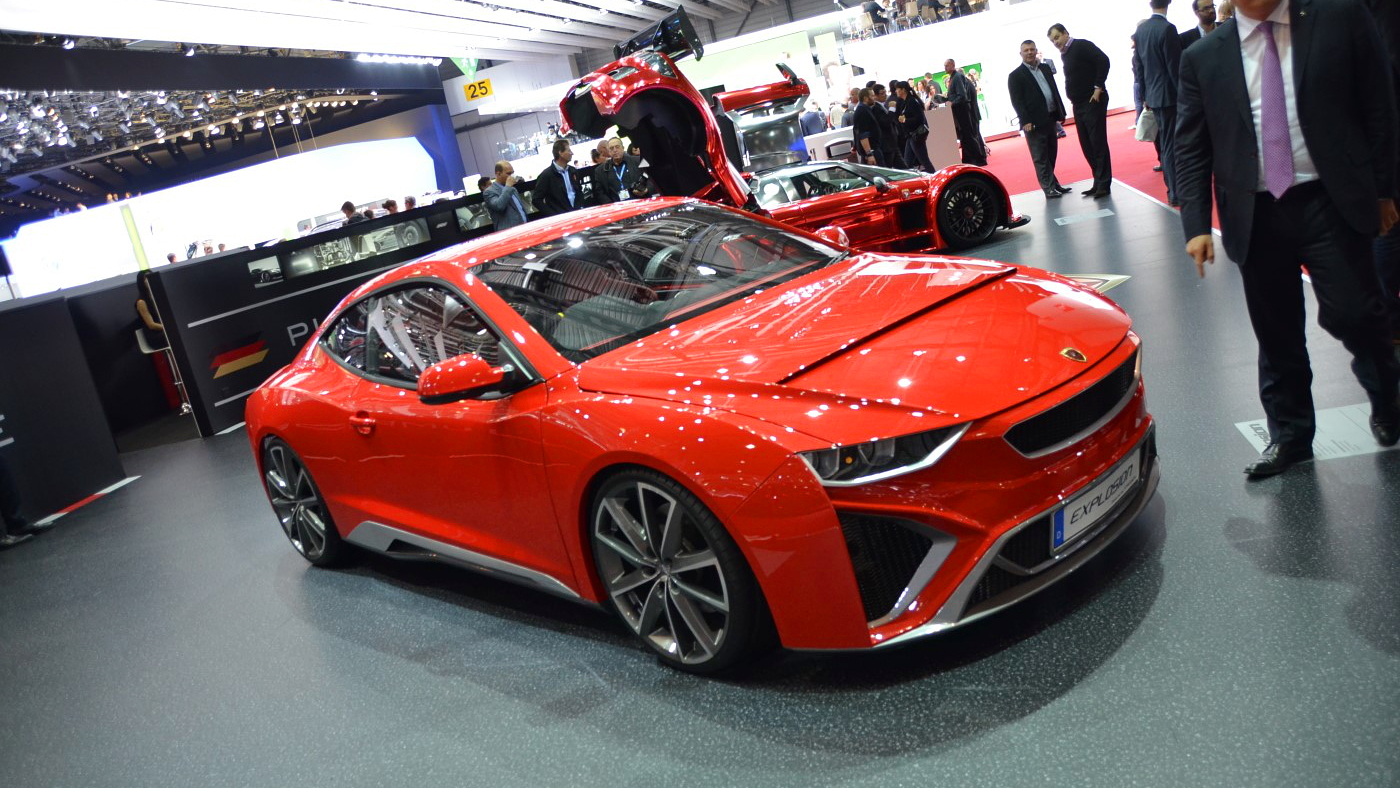 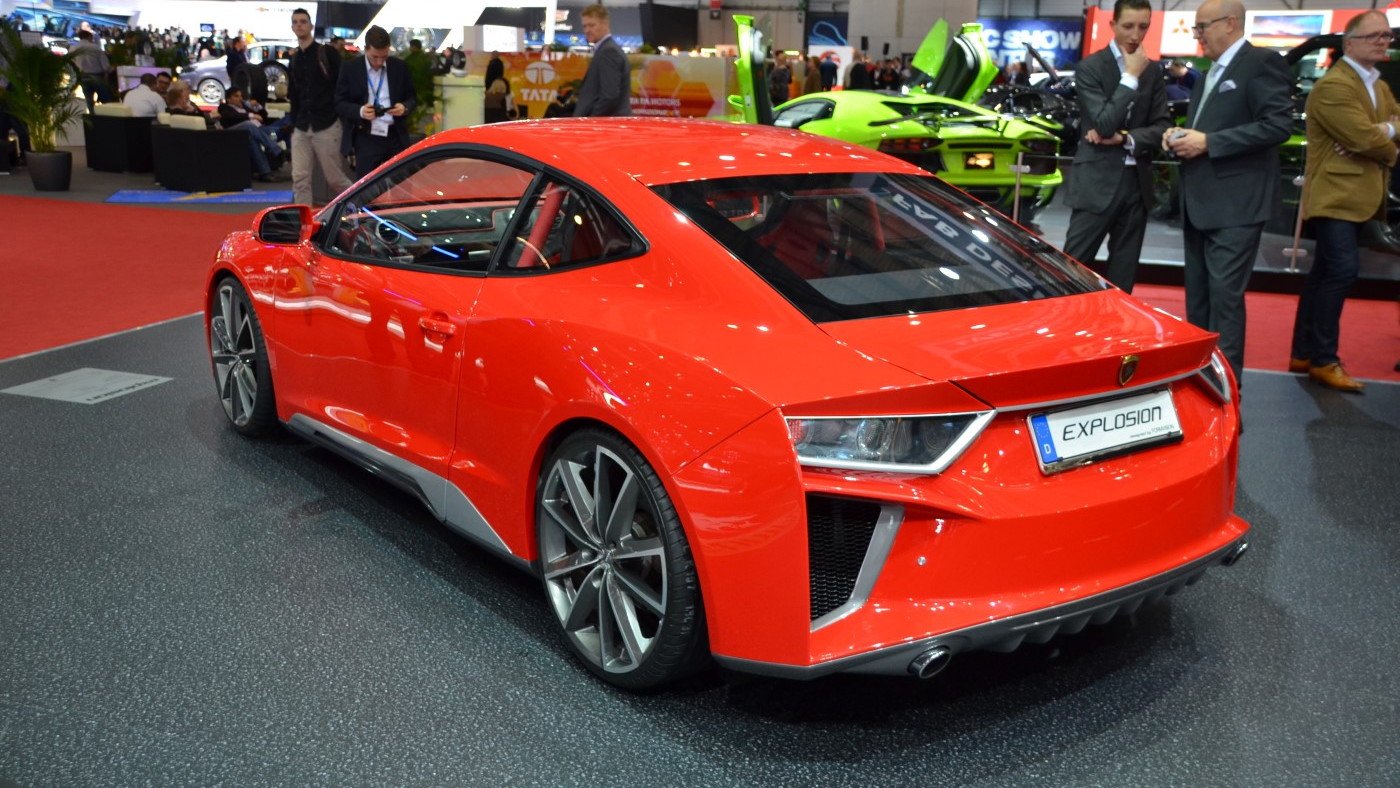 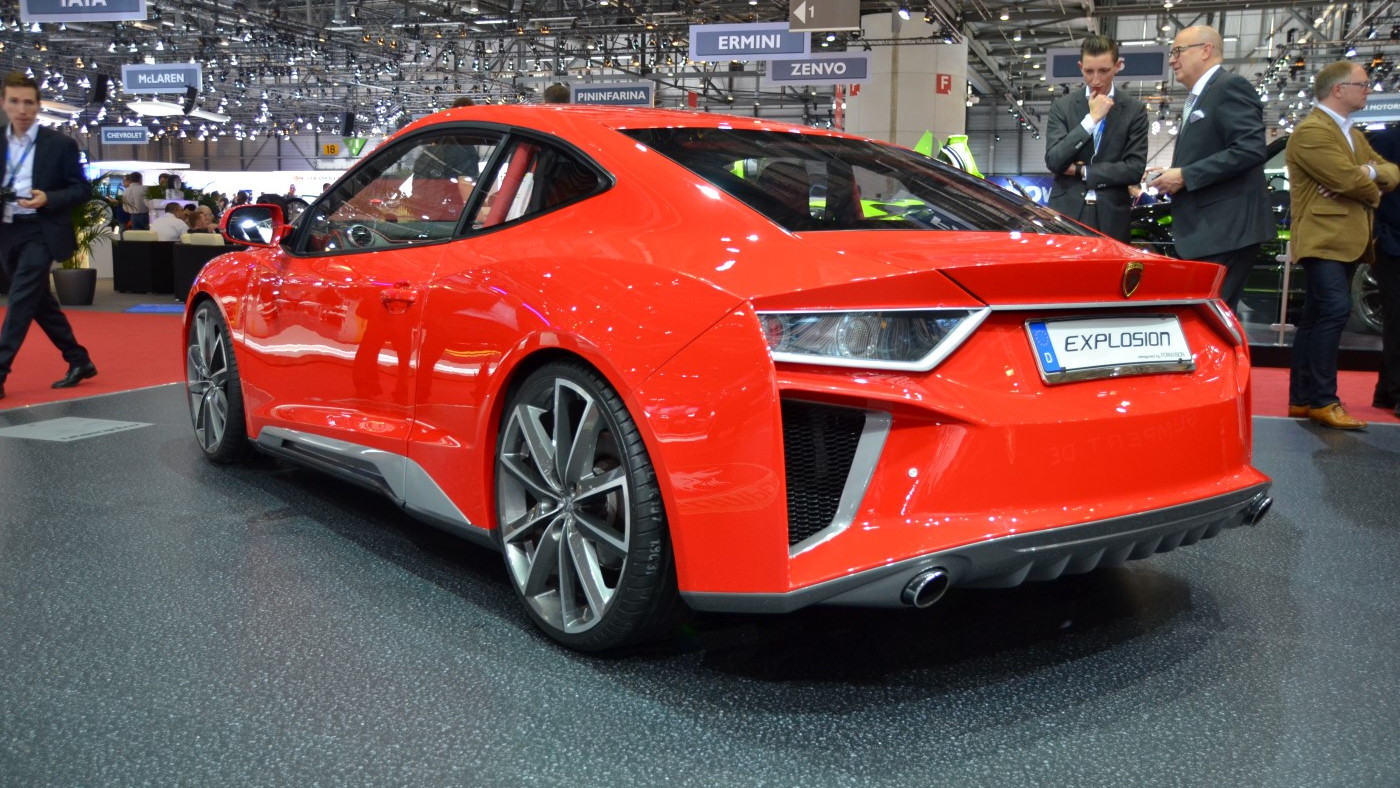 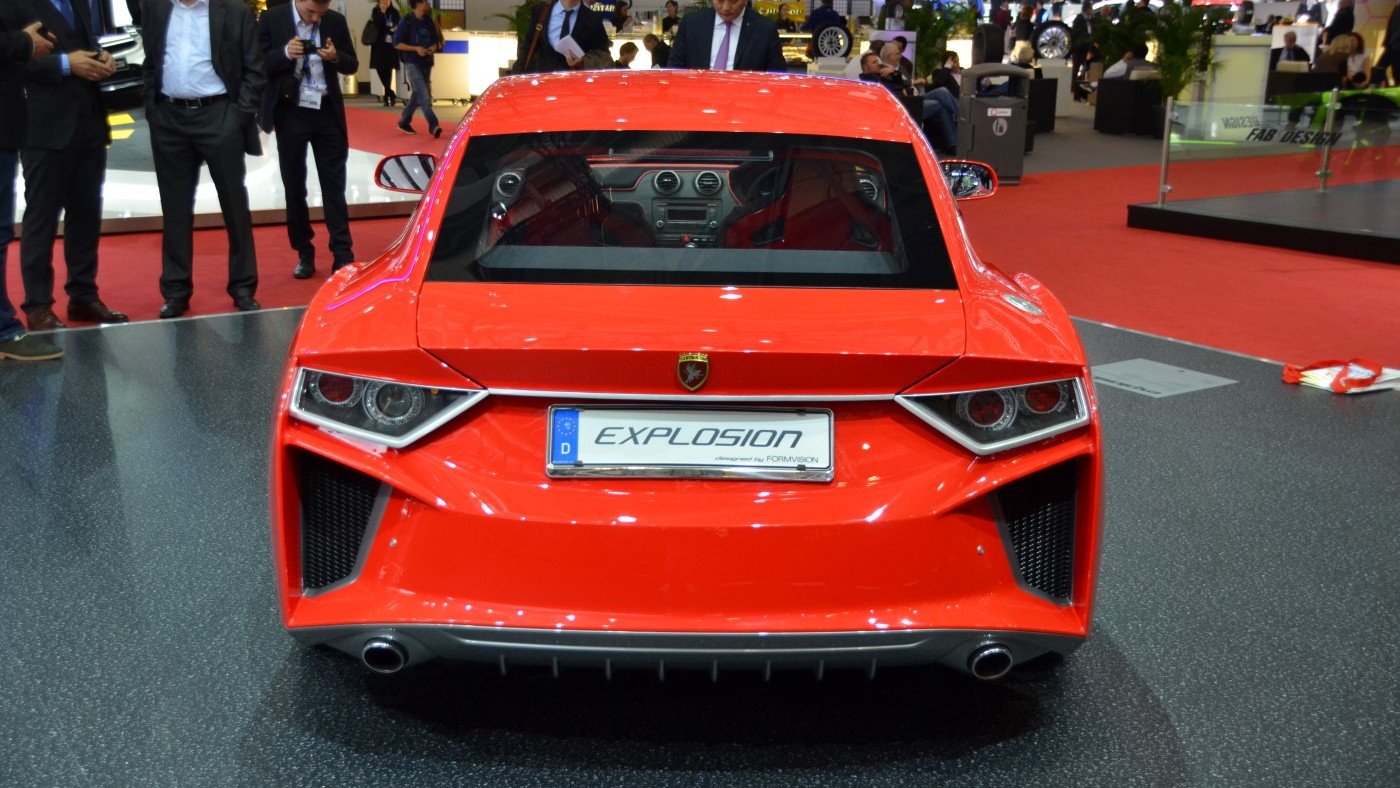 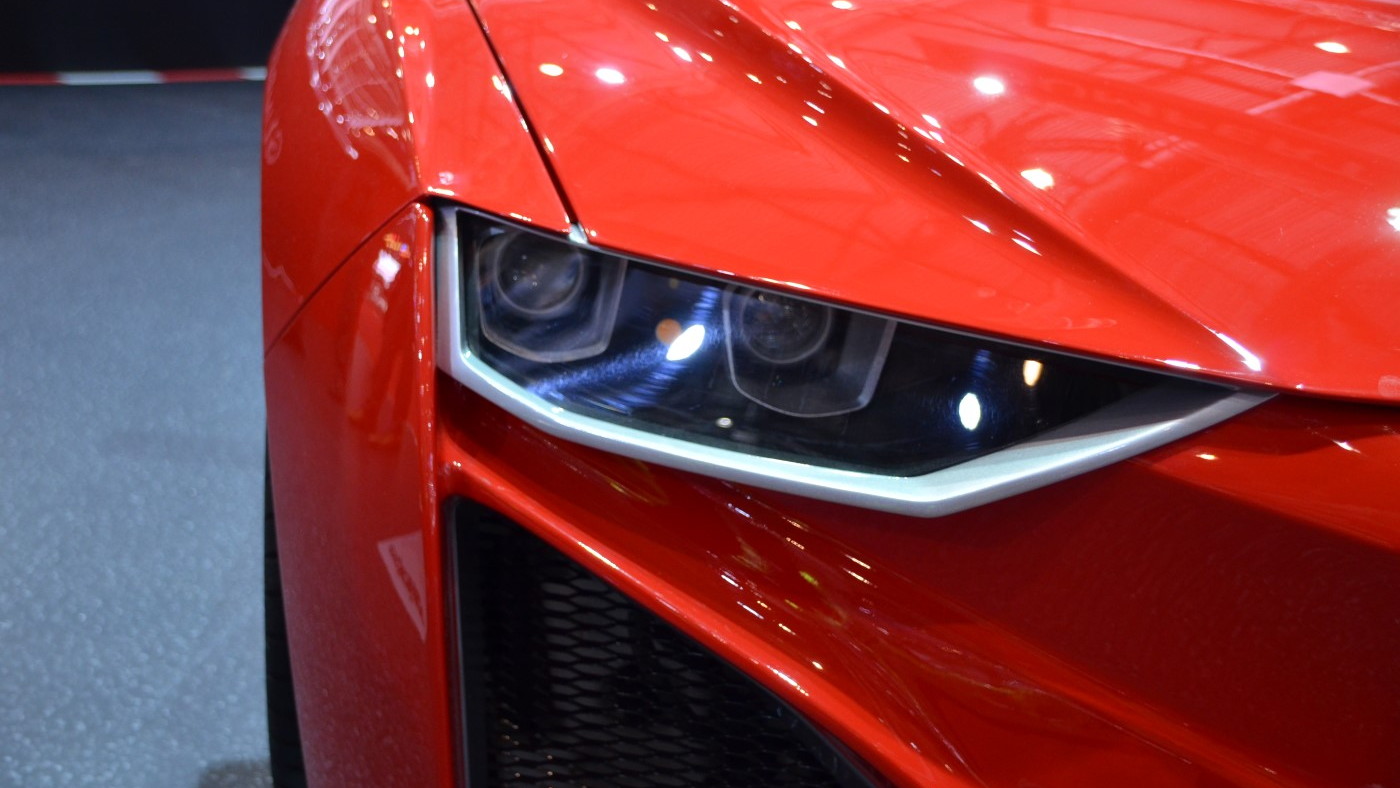 It was good to see German automaker Gumpert at Geneva, following its insolvency back in 2012. The company had kept ticking along building its Apollo supercar, and finally found an investor this time last year--allowing it to bring us the Explosion sports car at this year's Geneva Motor Show.

We're undecided on the name, but the car itself makes all the right figurative noises. It probably makes some pretty good actual noises too, with a 420-horsepower, 383 pound-foot turbocharged four cylinder engine powering all four wheels.

In a compact body--and the Explosion really is compact in the metal, not dissimilar to an Audi TT--it's enough for a 3-second 0-62 mph sprint. Gumpert is cagey on the top speed, but hints that it starts with a "3". We're guessing that's kilometers per hour and there are a few zeros after it, in which case you're talking at 186 mph at the very least.

That size reference isn't the only Audi connection. While not explicitly mentioned, the four-cylinder engine is likely Audi-sourced, and a peer inside the cabin reveals items of Audi switchgear here and there. The gear shifter too looks suspiciously Audi-like, and driving enthusiasts will be pleased to hear that it's a six-speed manual rather than a new-fangled twin-clutch job. And even better than that, you can actually buy one--Gumpert is taking orders for the car at 105,000 euros before tax, or around $144,000 at the current exchange rate.