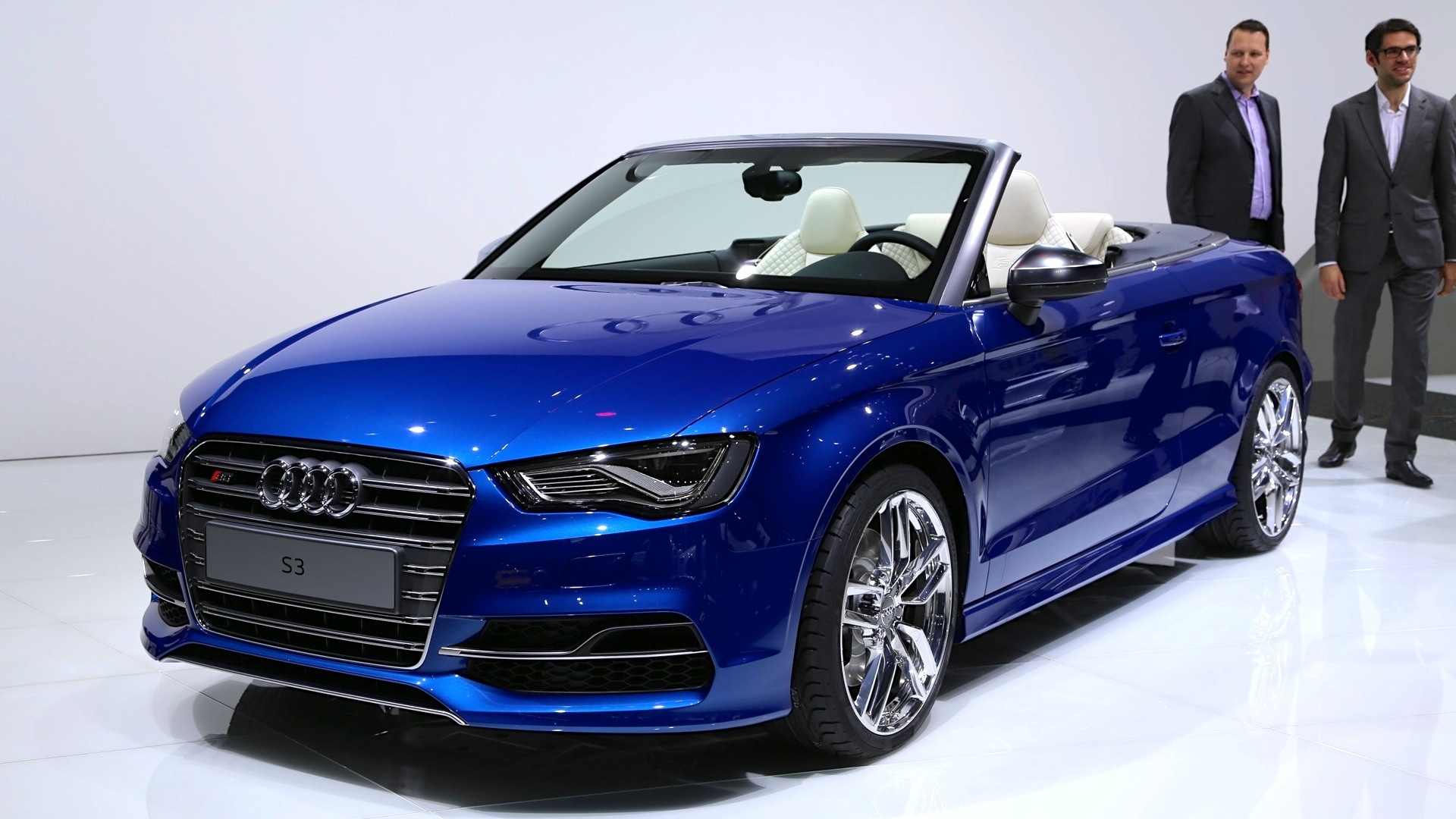 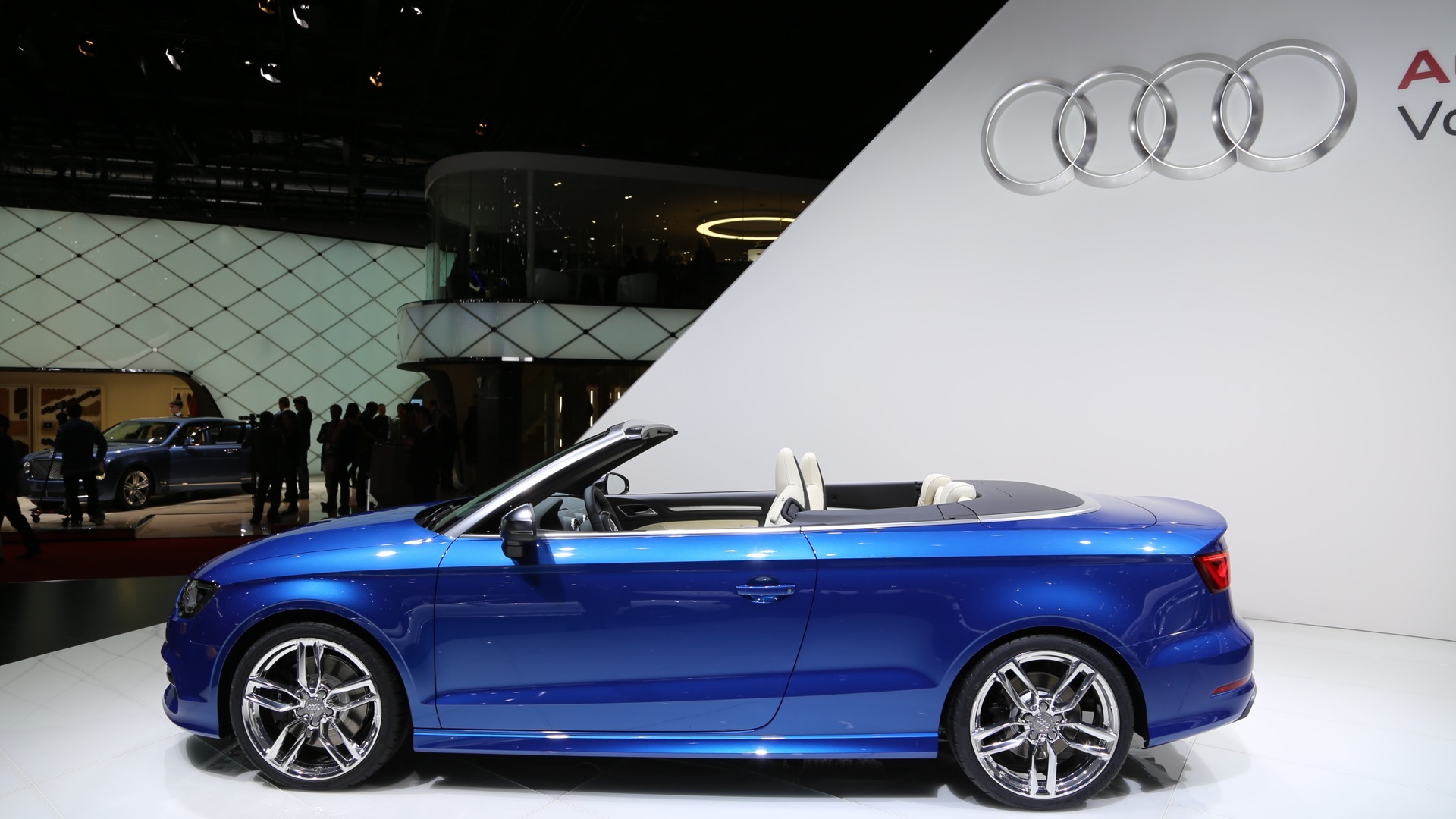 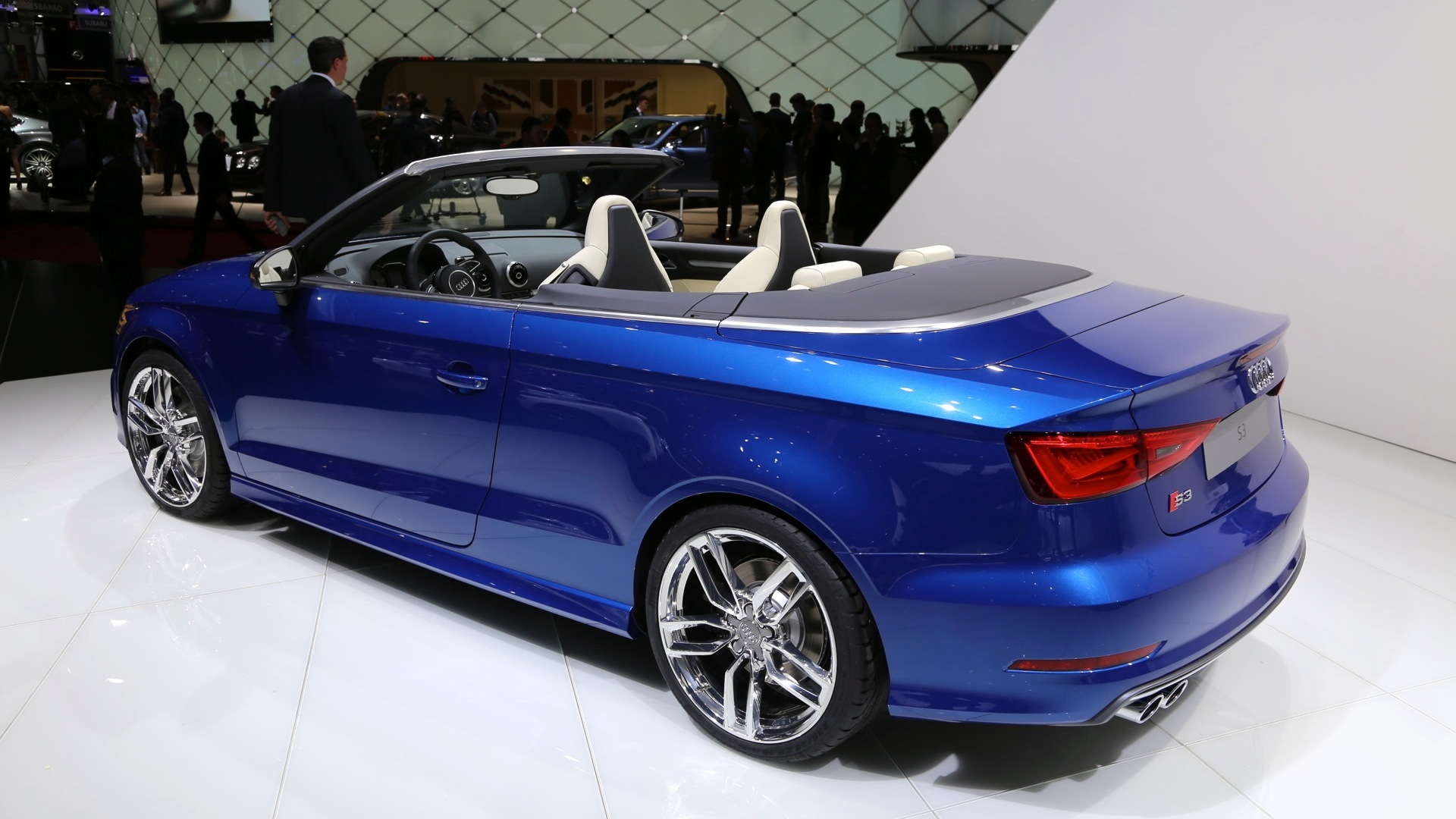 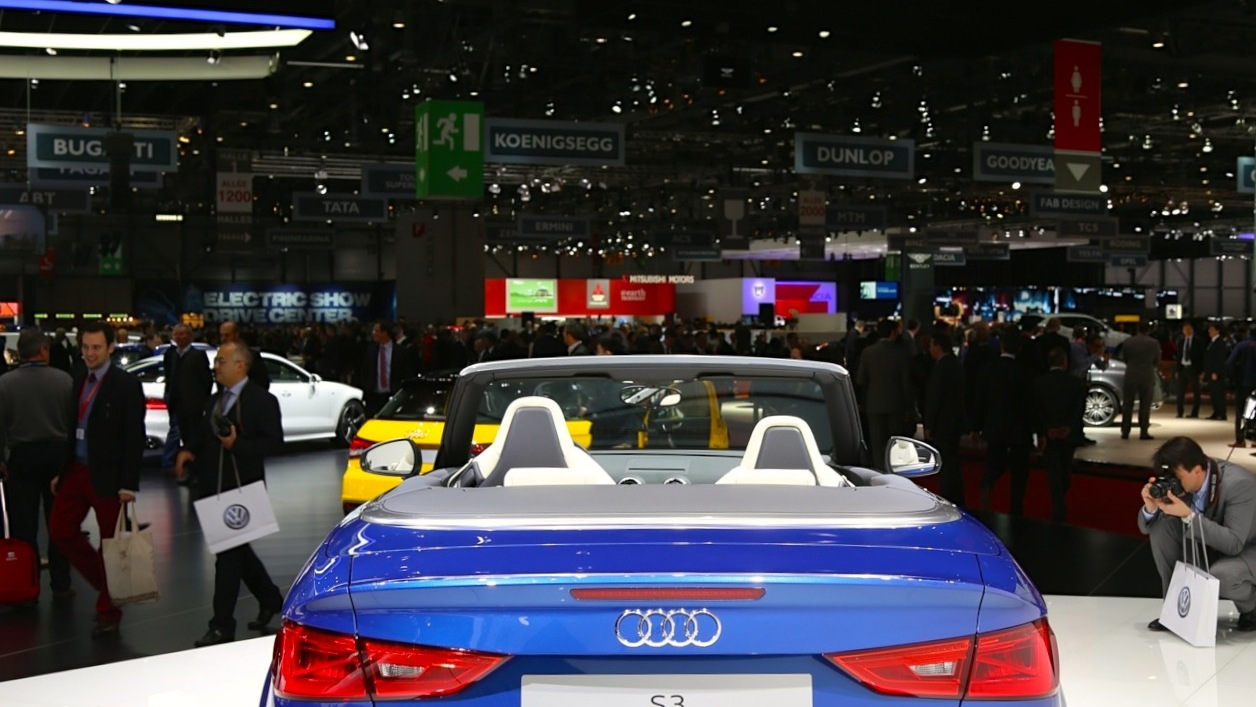 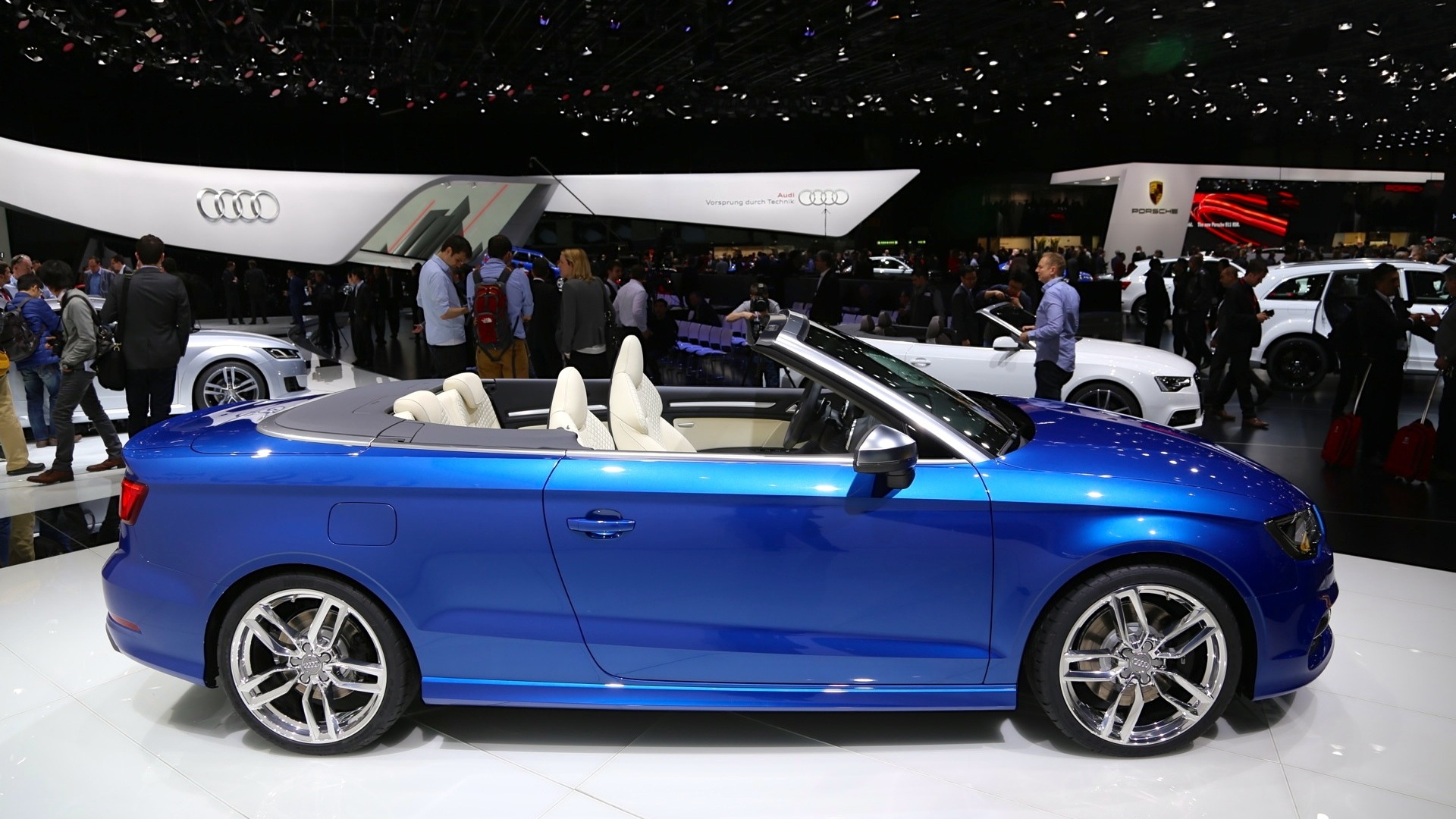 28
photos
This year's Geneva Motor Show shaped up to be an interesting affair, made all the more interesting by the arrival of the new Audi S3 Cabriolet--which may make it to the U.S. alongside its more sedate A3 Cabriolet counterpart though is yet to be confirmed. The S3 will be on sale this summer in Europe, though it will likely take a few months longer to make the Atlantic crossing, if it is approved.

So what makes this S3 tick? Under the hood lies a 2.0-liter TFSI turbocharged, direct-injected four-cylinder rated at 300 horsepower from 5,500-rpm to 6,200-rpm. Torque arrives at just 1,800 rpm and holds through 5,500 rpm, twisting up 280 pound-feet of force. Equipped with the standard six-speed S tronic dual-clutch gearbox, the S3 Cabriolet can run to 62 mph in just 5.4 seconds, thanks to a built-in launch control function. If that's a touch less brisk than you might expect from so much torque and power, lay it at the feet of the 3,571-pound curb weight.  While it's a tick slower than the 2015 Audi S3 Sedan, that's the price of the style and fun of an open top.

According to Audi, the S3 Cabriolet rates 33 mpg in the European test cycle, which should translate to a combined rating in the mid-to-upper-20-mpg range once it's been put through the EPA regimen. Fair enough for a compact luxury sports cabrio--especially when you consider the Audi S3 Cabrio is fitted with standard quattro all-wheel drive. 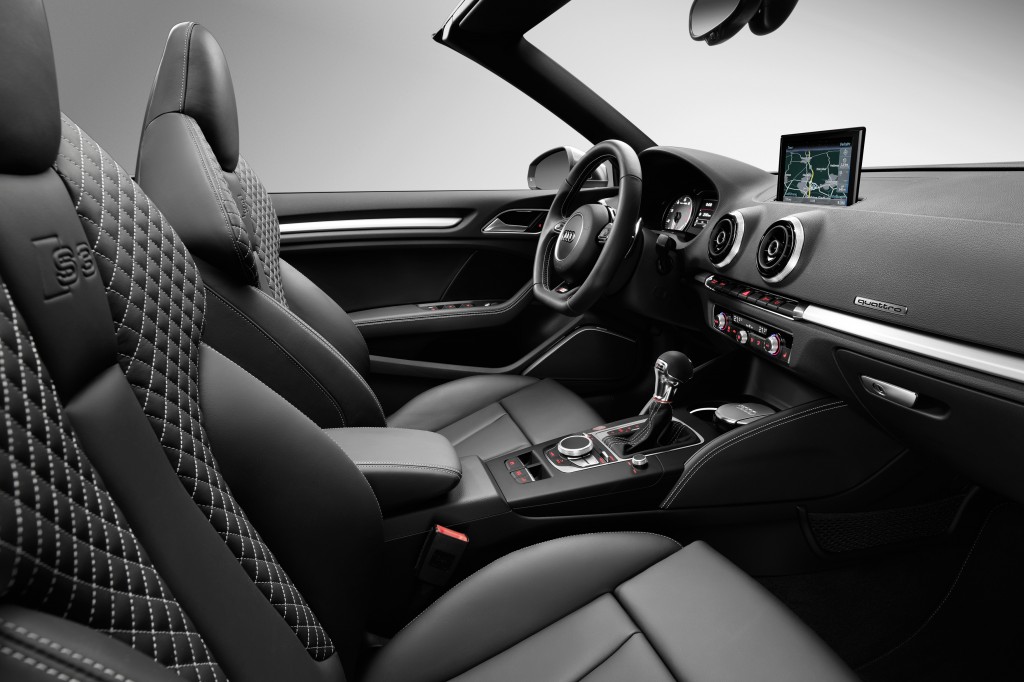 Like the standard A3 Cabriolet, the 2015 S3 Cabrio packs a lot of style and open-air cruising into a small space; it's just 14.53 feet long, 5.87 feet wide, and 4.56 feet tall, with a wheelbase of 8.53 feet. Adding to the A3's curves is a more muscular set of aerodynamic trimmings, including a lower, broader front air dam and lower side sills, as well as S3 badging.  Inside, the look is predominantly black, and while it's a more compact, slightly lower-cost take on Audi's current theme, it's still among the most attractive in the segment, exuding a cool elegance that belies its small size. Alcantara, Nappa leather, and contrast stitching are found throughout.Features and options in the cabin will match the brand's larger offerings, with MMI navigation, a high-resolution screen, touch control, LTE connectivity, and a Bang & Olufsen sound system all on the options sheet. Driver assistance and safety features will also be available, including adaptive cruise control, active lane assist, park assist, and more.

Also on Audi's stand in Geneva this week was the all-new 2016 TT sports car and a racing version concept dubbed the TT quattro sport. For more from the 2014 Geneva Motor Show, click here.