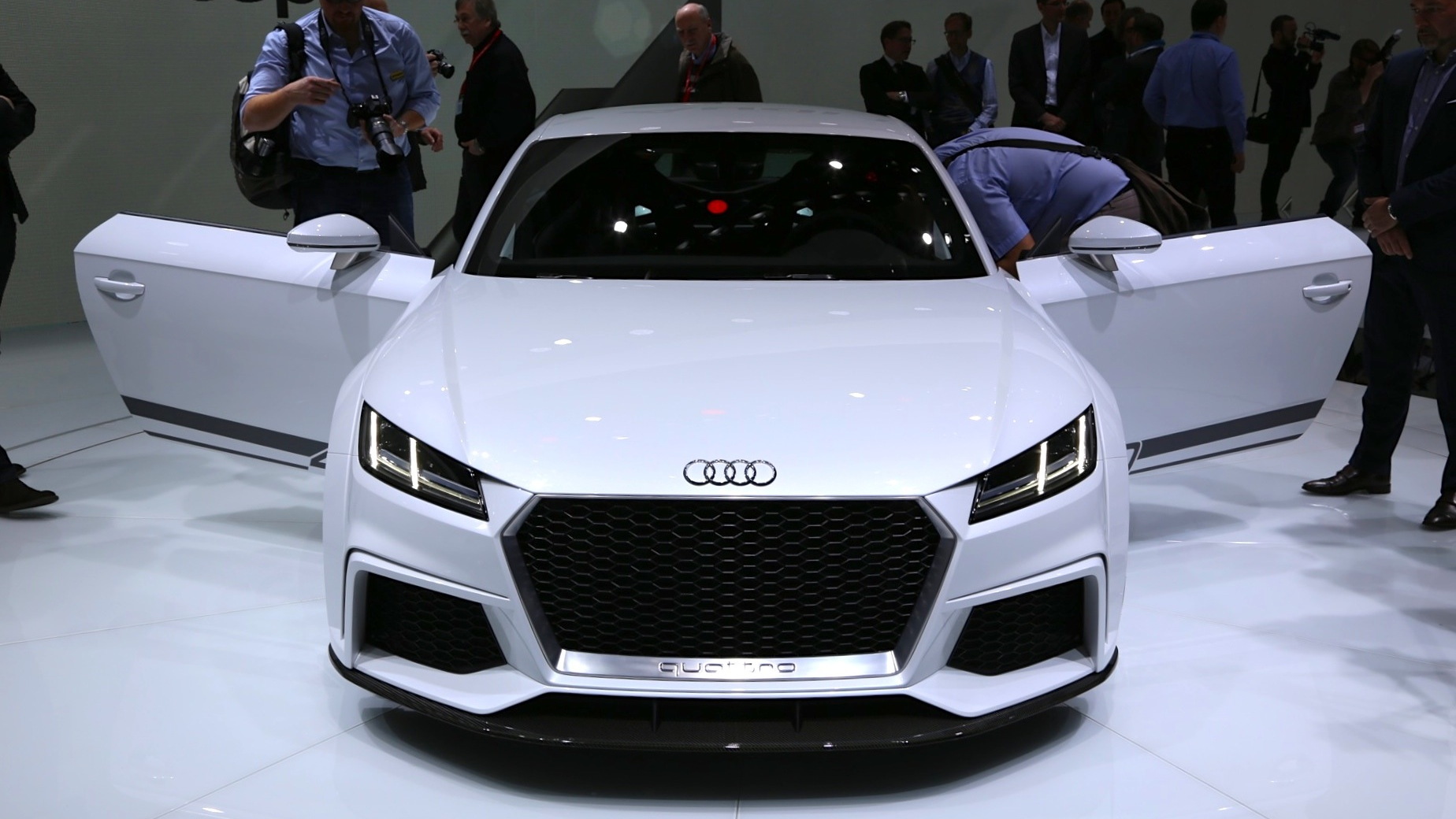 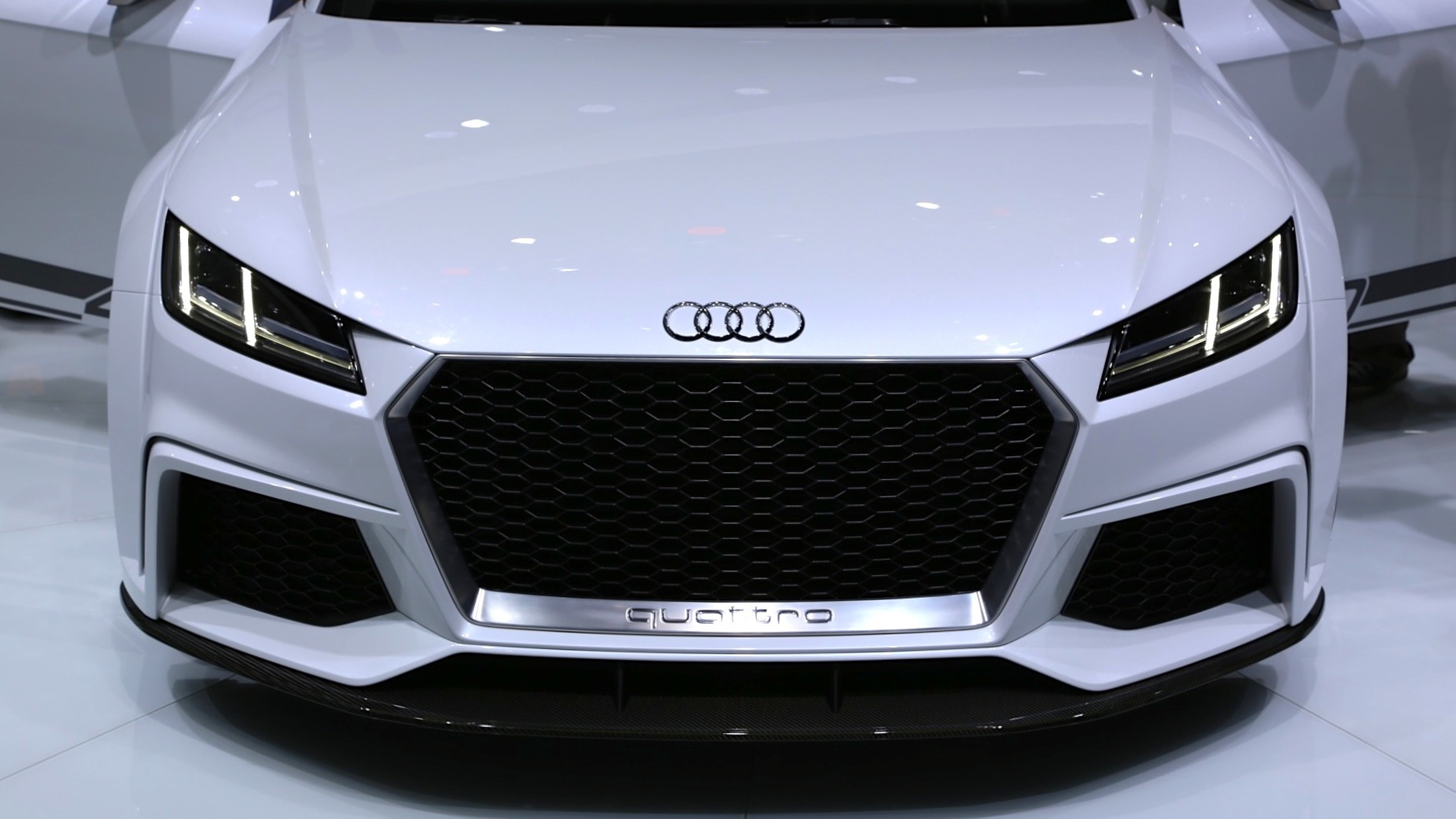 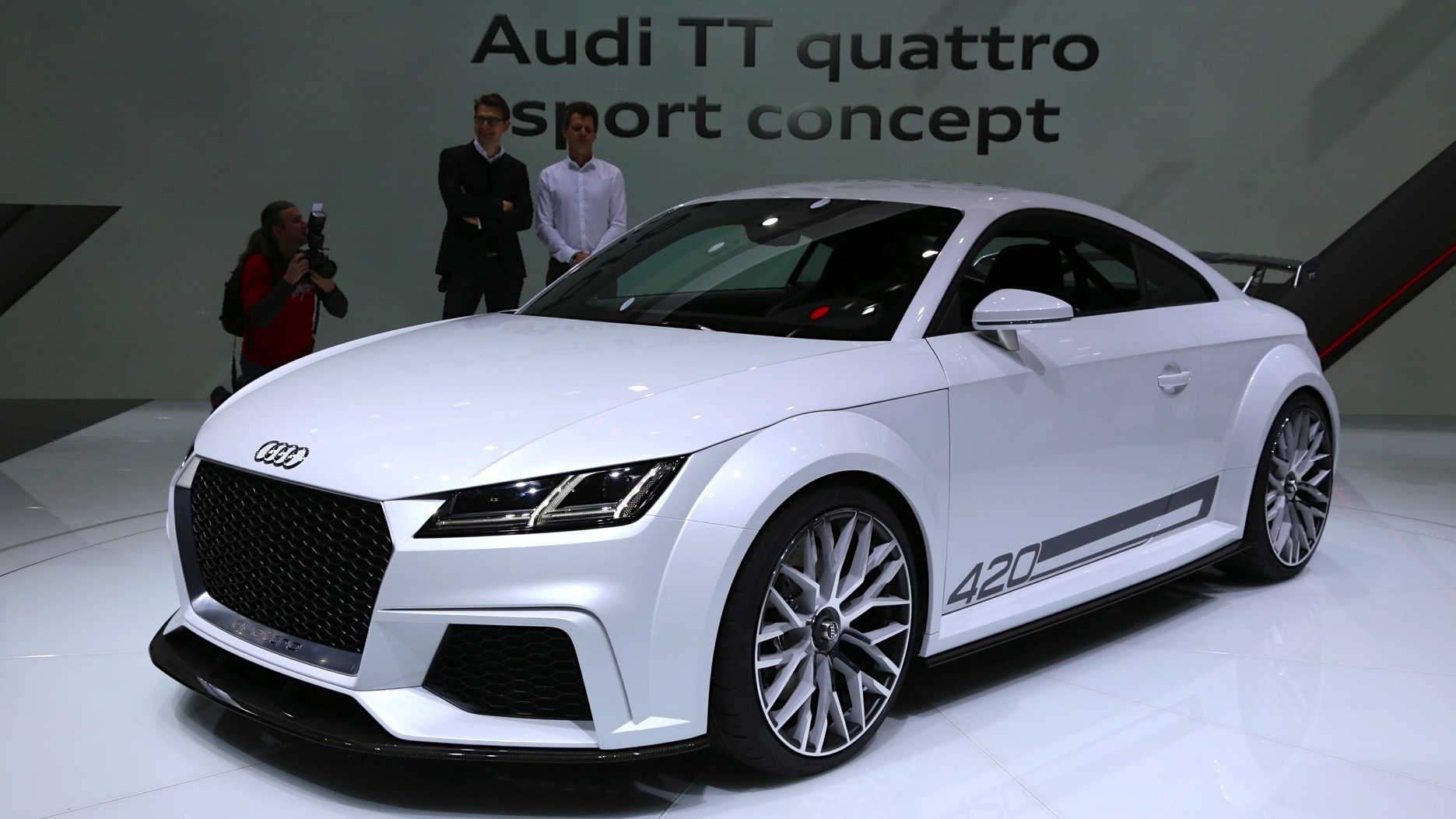 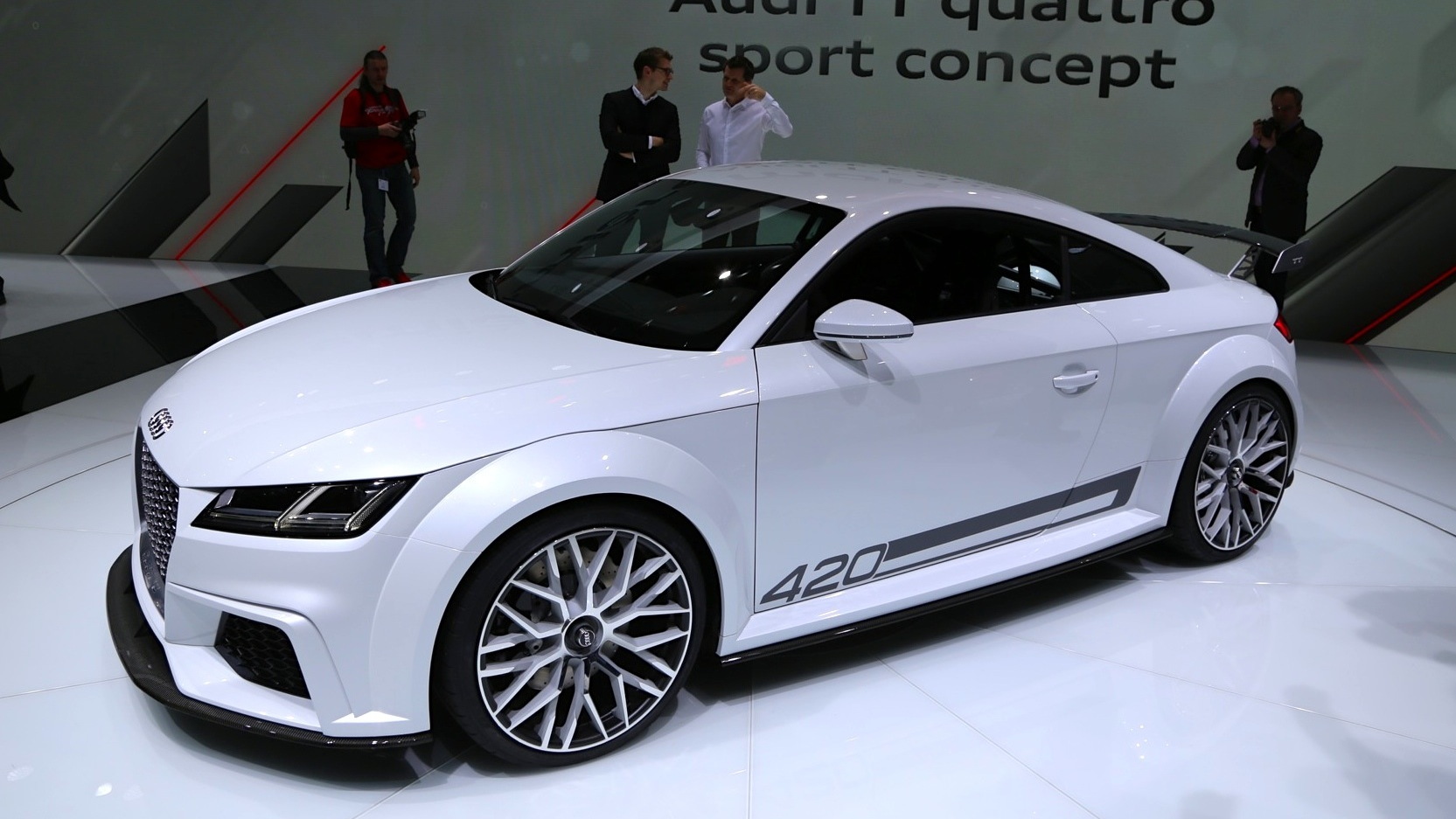 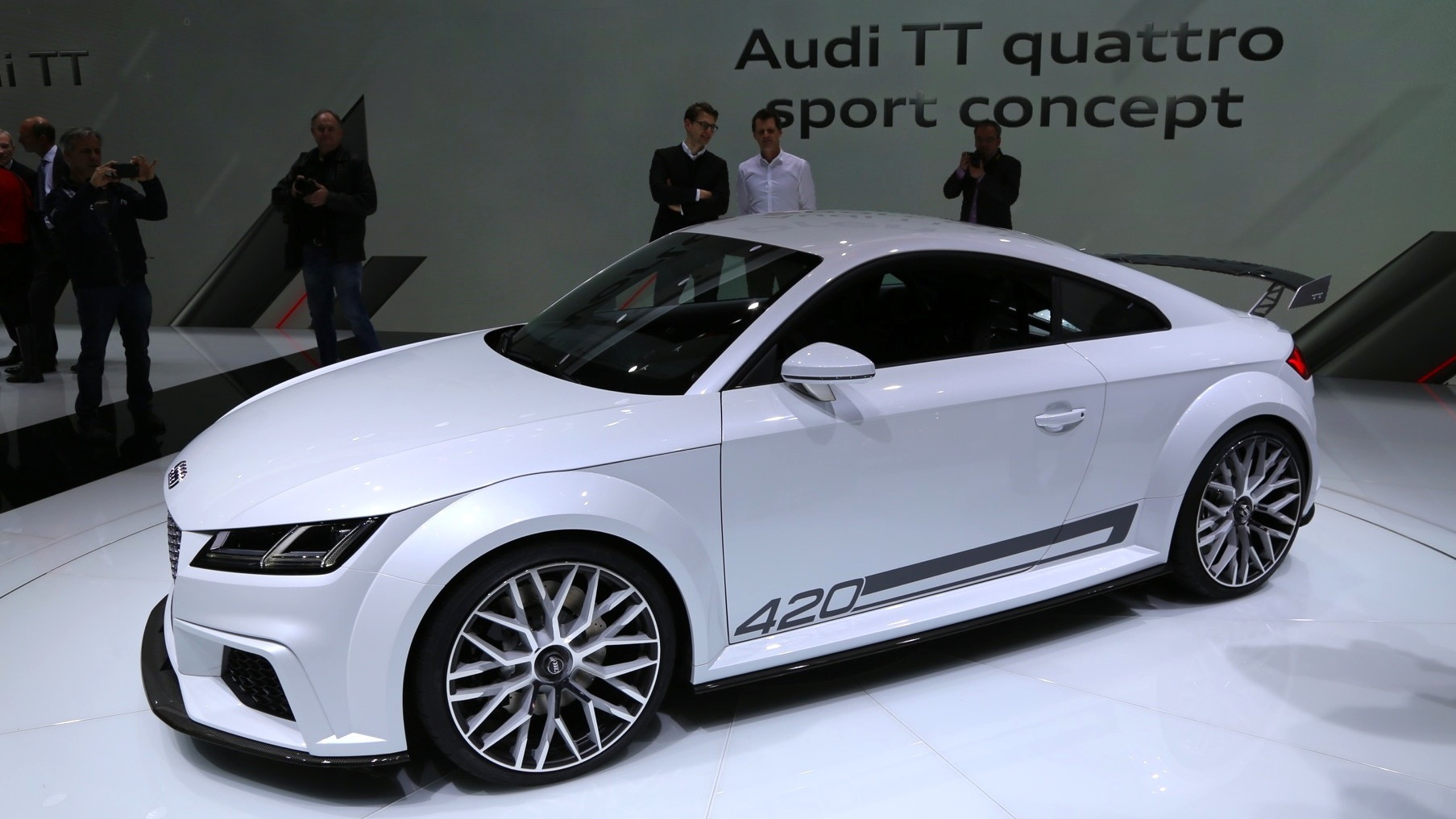 35
photos
In addition to the all-new 2016 TT on display at the 2014 Geneva Motor Show this week, Audi has presented a stunning concept version that the automaker says demonstrates the potential of the new TT if taken a step further. In fact, comments from Audi R&D boss Ulrich Hackenberg suggests that the new concept, dubbed the Audi TT quattro sport, may be a preview of a future racing version of the 2015 TT, similar to the rival BMW M235i Racing and Mercedes CLA45 AMG Racing Series.

“With our Audi TT quattro sport concept show car, we wanted to demonstrate what the new TT’s technology can do if you take it a step further,” Hackenberg said in a statement. “This car is designed for racing--an extreme driving machine for the motorsports enthusiasts among our customers.”

The Audi TT quattro sport concept features the same 2.0-liter TFSI engine fitted to the regular TT. However, output in the concept has been dialed up to a staggering 420 horsepower and 331 pound-feet of torque. This required a series of modifications such as special aluminum pistons with integrated cooling channels and an ultra-high-strength forged steel crankshaft. Boost pressure from the turbo is now running at about 26 psi!

The curb weight comes in at just 2,963 pounds, which isn’t bad for an all-wheel-drive car, and 0-62 mph acceleration is said to take just 3.7 seconds. The transmission is Audi’s S tronic dual-clutch unit.

The chassis setup is the same as on the production TT, with MacPherson struts up front and independent four-link setup in the rear. The suspension is stiff and lower, however, bringing the TT sport quattro concept closer to the road.

When cornering, wheel-selective torque control kicks in via braking of individual wheels. If necessary, drive torque is transferred from the wheels on the inside of the bend to those on the outside. Electronic stability control, which can be partially or fully deactivated, complements the suspension’s sporty character.

The exterior styling is a bit more aggressive than that of the production TT, especially at the front which is dominated by the gaping mesh grille and lower intakes--don't be surprised if a future TT RS model looks something like this concept. The show car also rests on 20-inch wheels with a central locking mechanism and semi-slick tires.

Open up the doors and there is a stripped-out cabin. The standard seats, door panels and speakers have all been removed, and in their place low-set racing buckets, door pulls and Alcantara trim can now be found. The same as in the production TT, the controls are designed purely for the driver. Depending on what the driver sets, the fully digital instrument cluster’s 12.3-inch display shows different views.