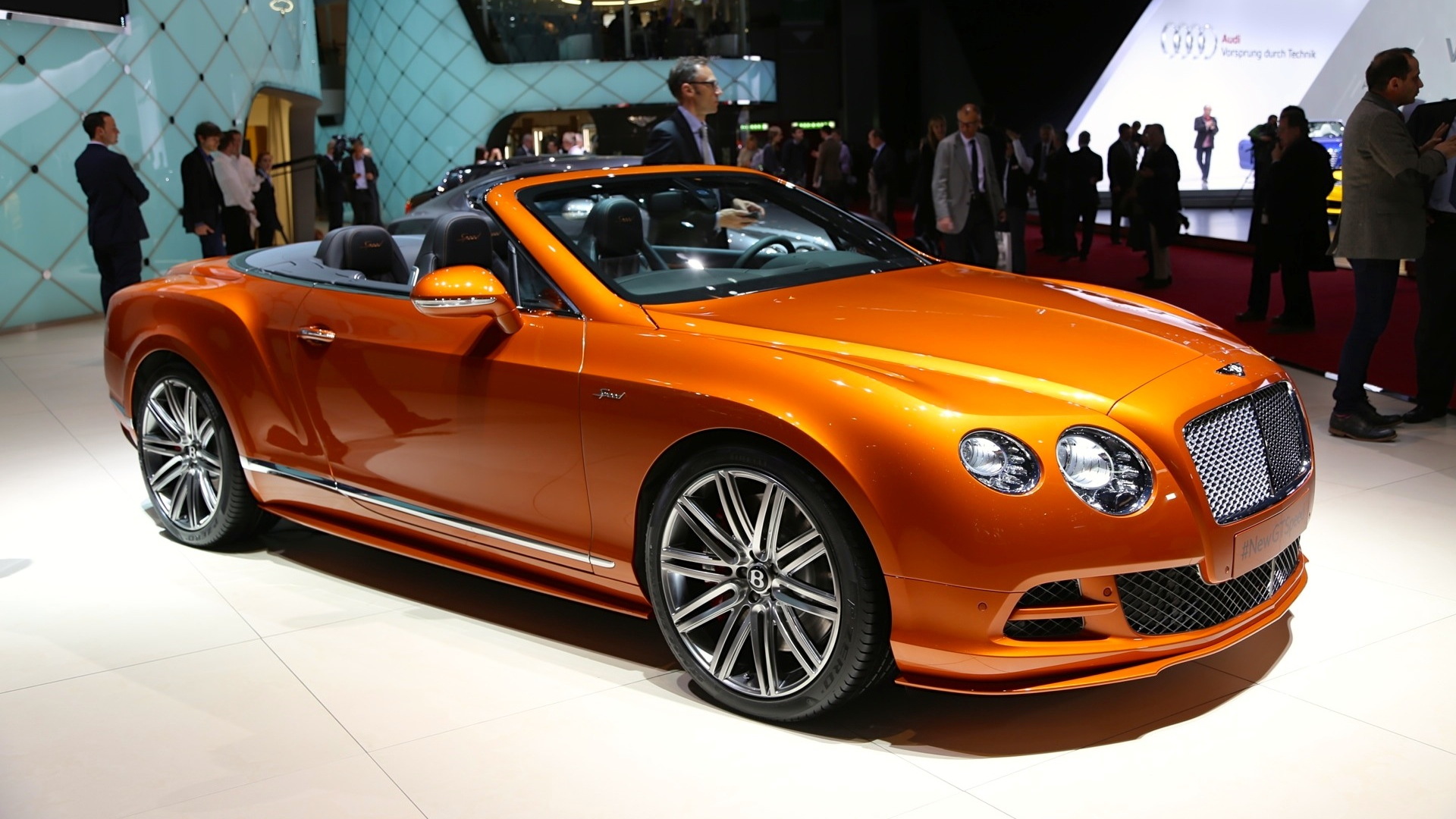 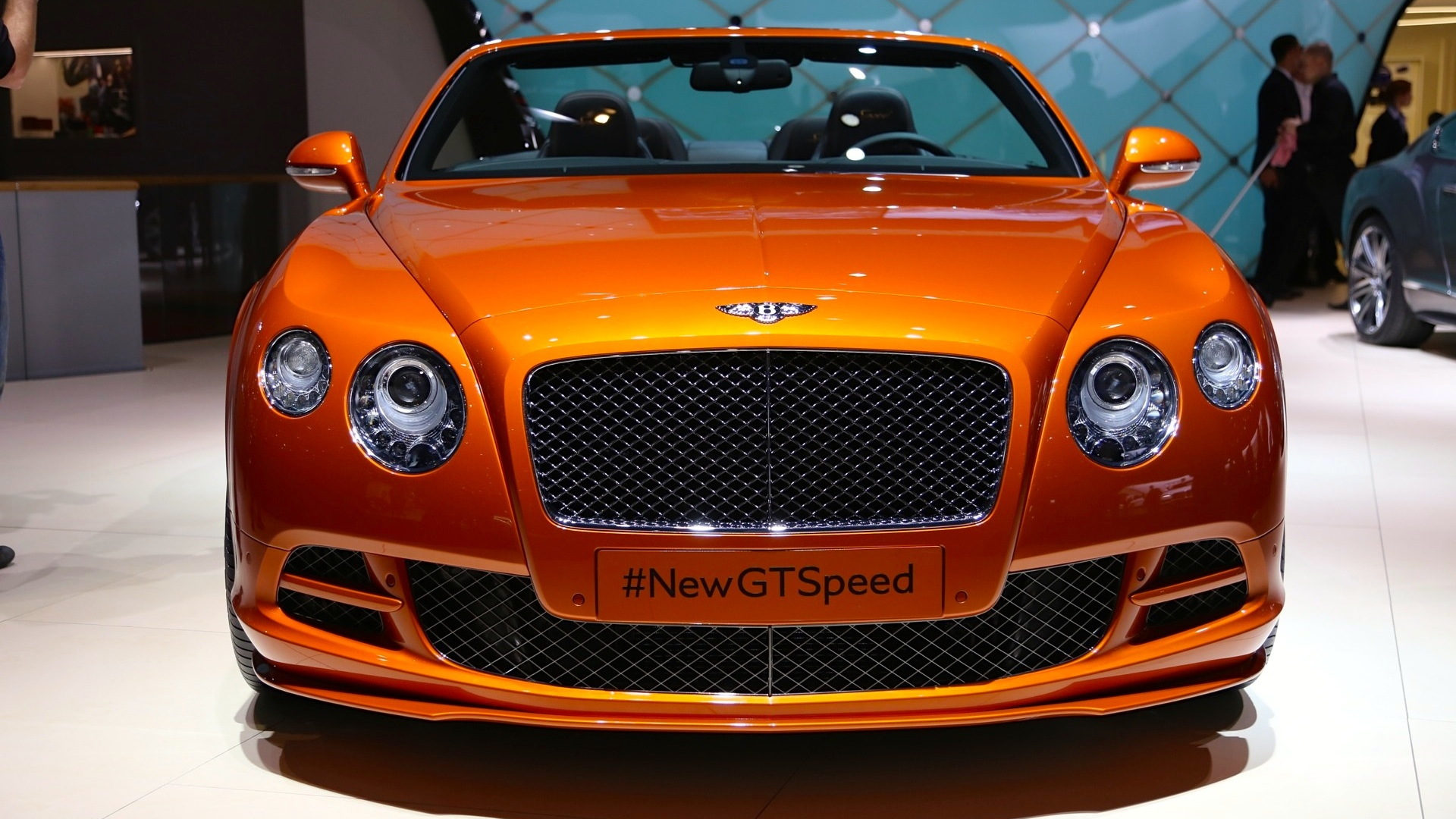 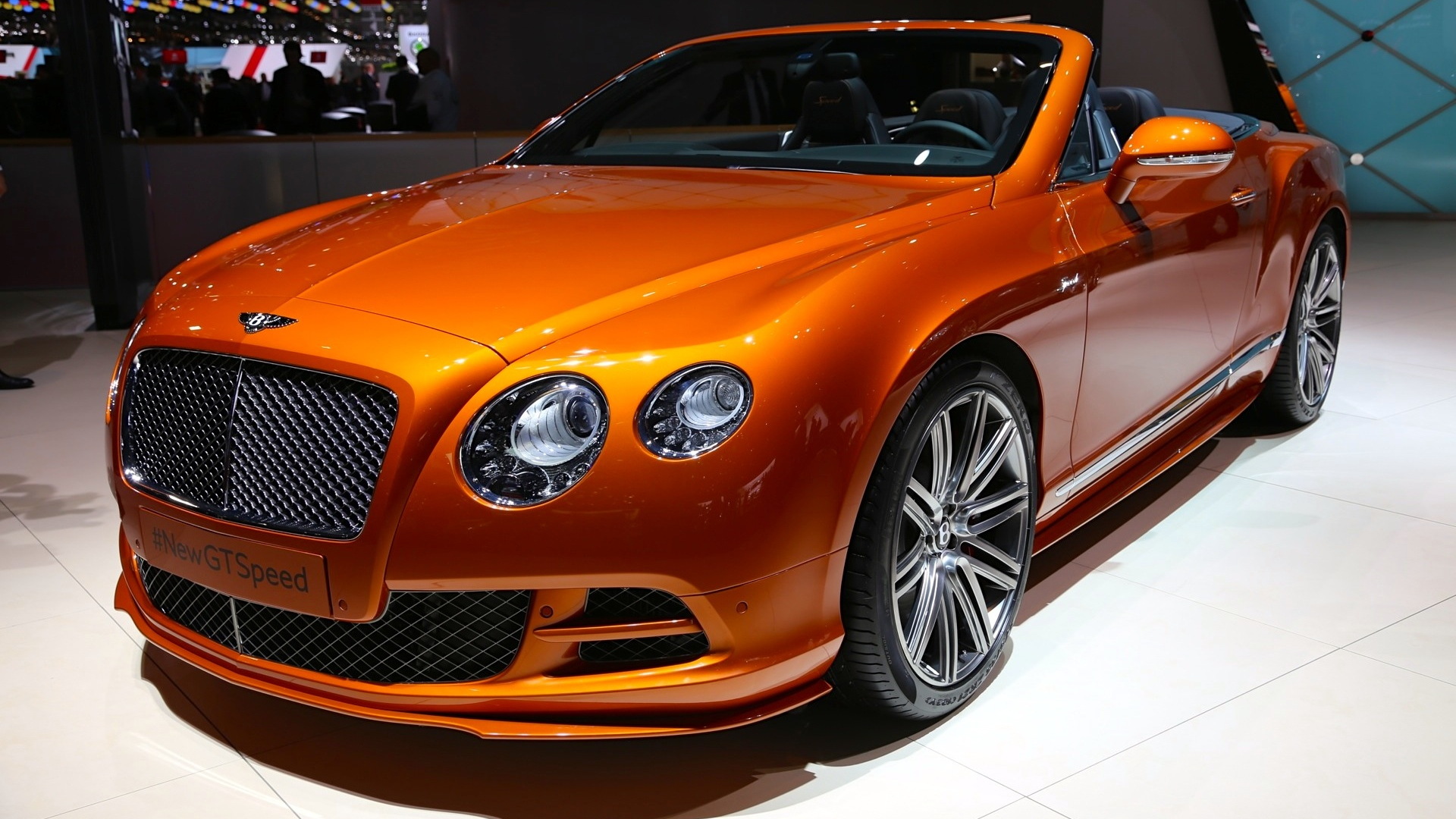 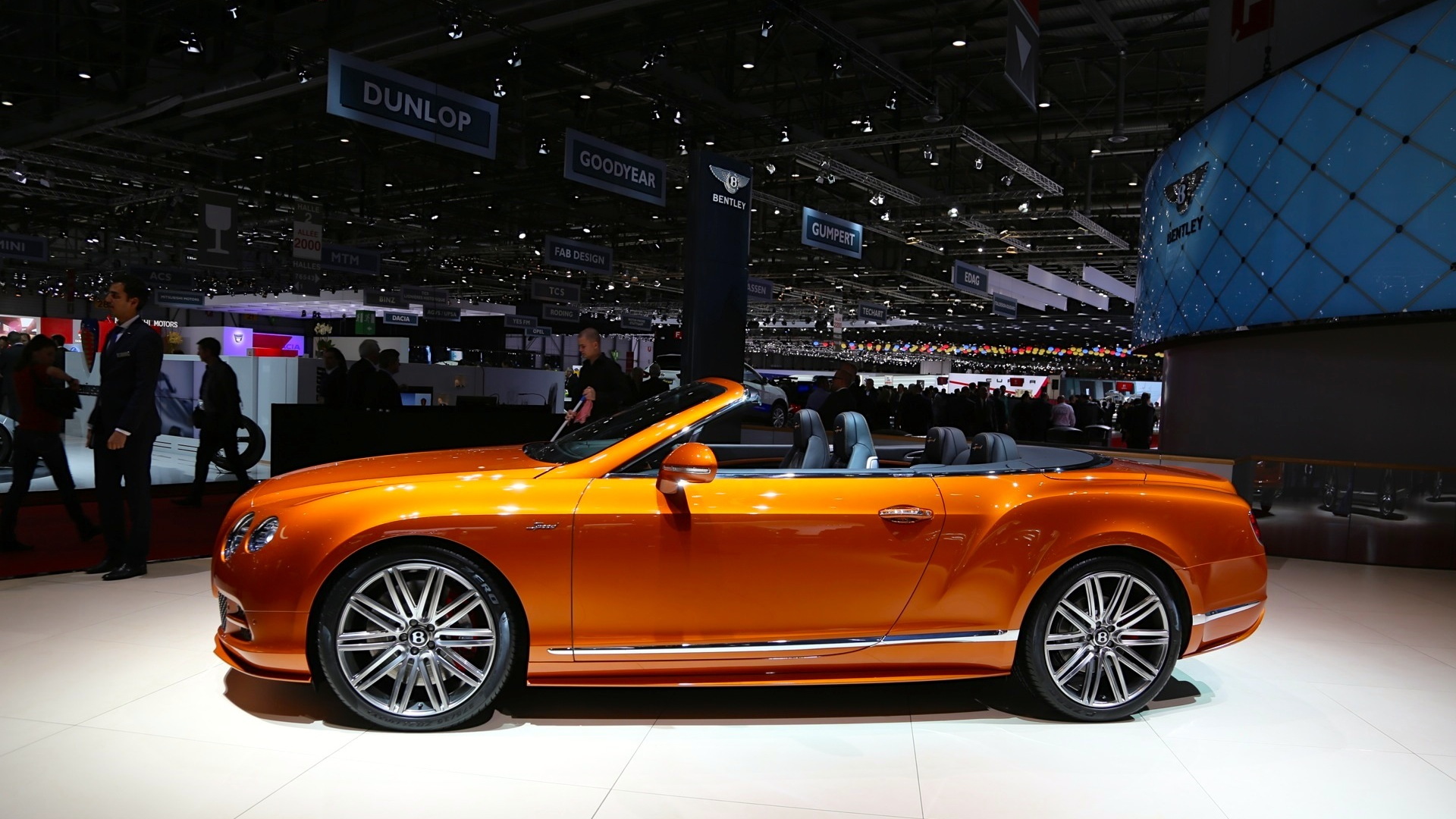 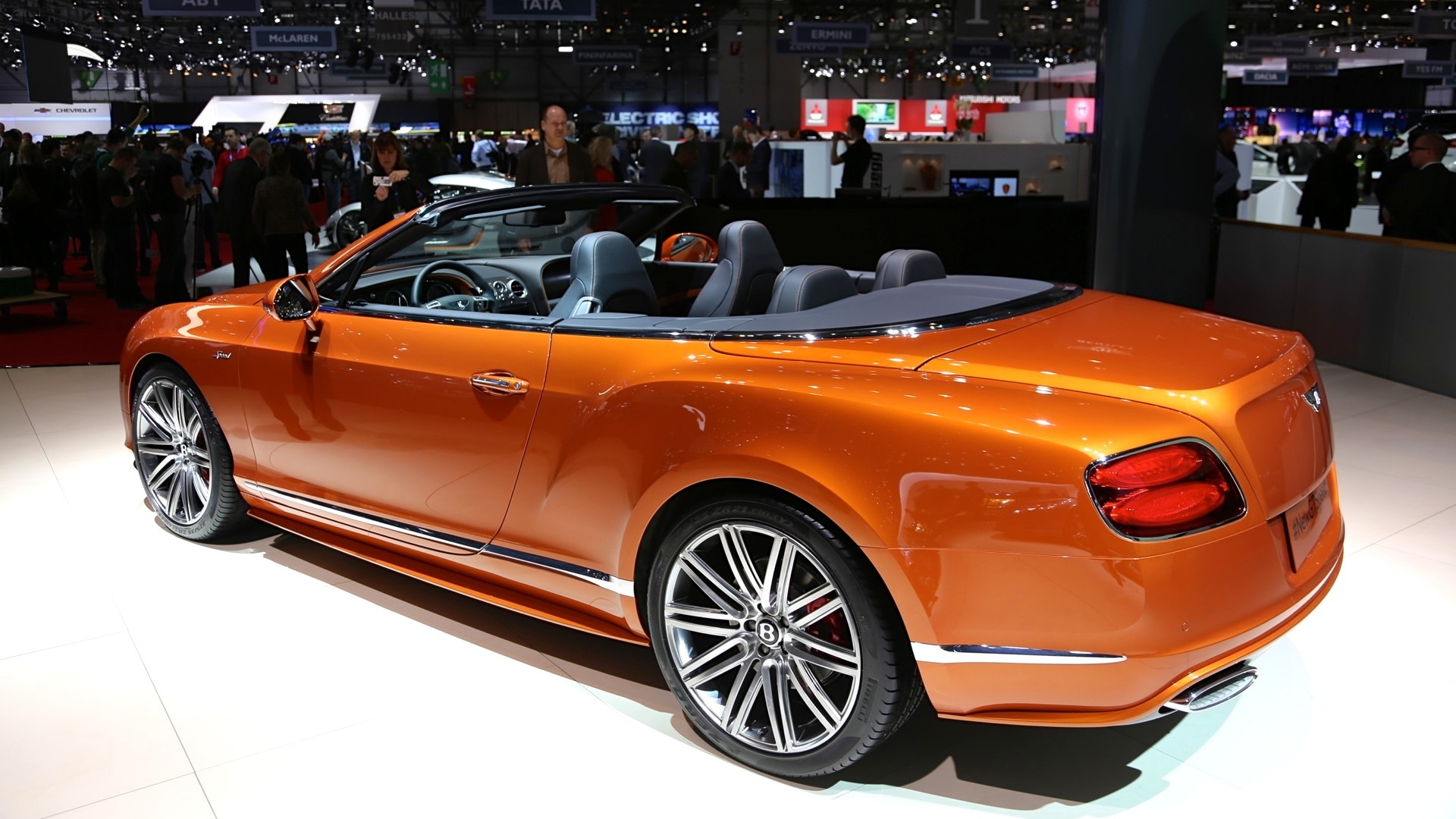 32
photos
Updates to the Bentley Continental GT Speed for the 2015 model year see the big bruiser earn the title of the fastest production Bentley ever. Yes, Bentley engineers have endowed the GT Speed and the GT Speed Convertible with even more power and torque, boosting the performance of both cars.

The twin-turbocharged 6.0-liter W-12 engine fitted to the 2015 Bentley Continental GT Speed has been tuned to deliver 626 horsepower and a massive 607 pound-feet of torque, the latter of which is available from just 1,700 rpm. That’s up from 616 horsepower and 590 pound-feet of torque in the outgoing model, and sees the 2015 GT Speed reach a top speed of 206 mph. The 2015 GT Speed Convertible will reach a top speed of 203 mph.

The extra dynamic performance to the Continental flagship model is complemented by a more distinctive visual presence. The most obvious update is the new front bumper, which features a mesh grille over the intakes and a small pair of winglets. A dark tint has also been applied to the light surrounds and wheels, while the brake calipers get a bright red finish. A new exterior paint called Candy Red is also available on the 2015 GT Speed and is exclusive to the car.

The visual changes continue inside the cabin of the GT Speed, starting with a completely new color split reserved exclusively for the Speed models. Starting with a dark mono-tone interior, accent stripes in a contrasting color are applied across the doors, rear panels, fascia wings, inner console and gear lever. Matching contrasting stitching is then sewn to all aspects of the cabin.