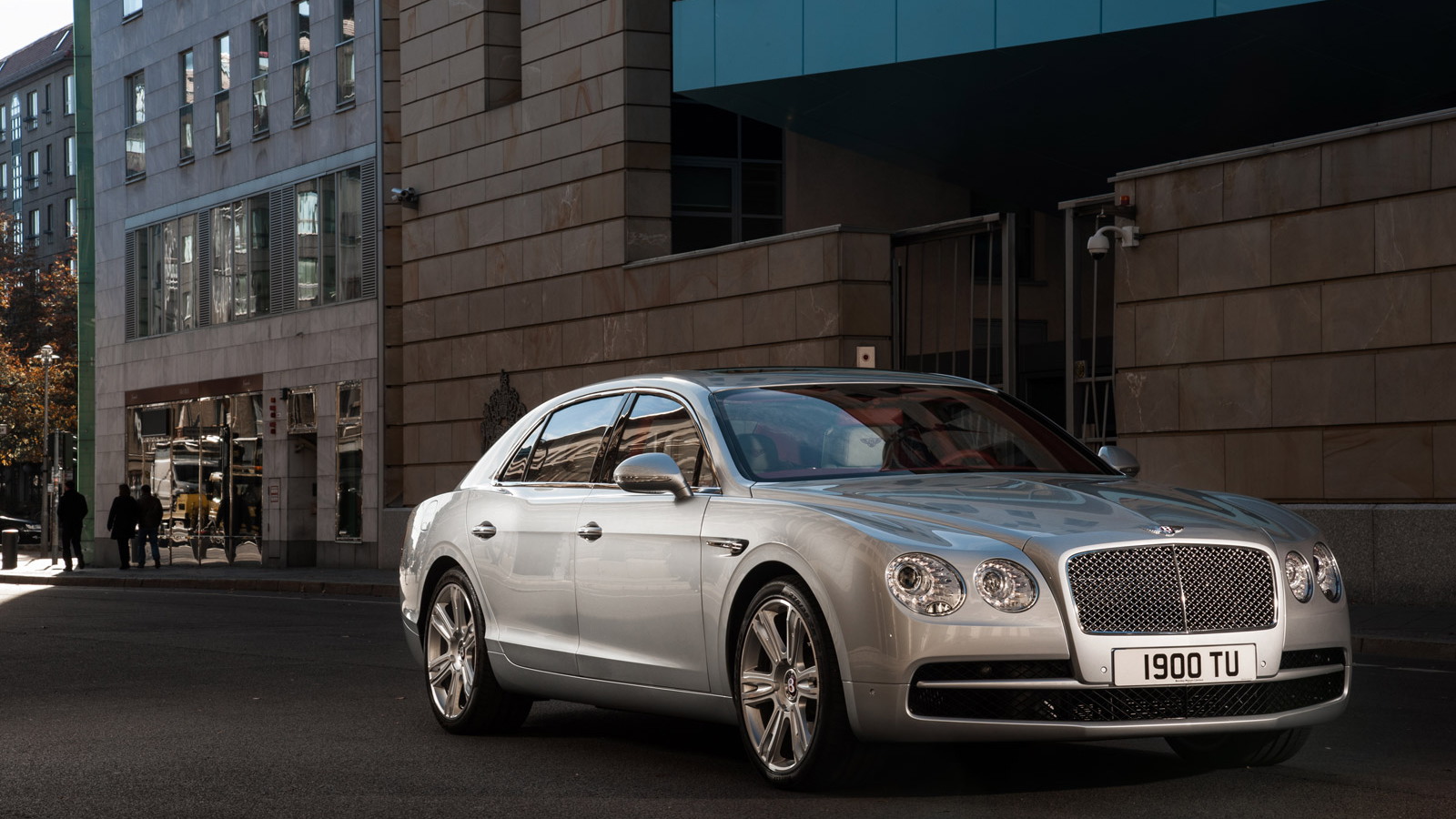 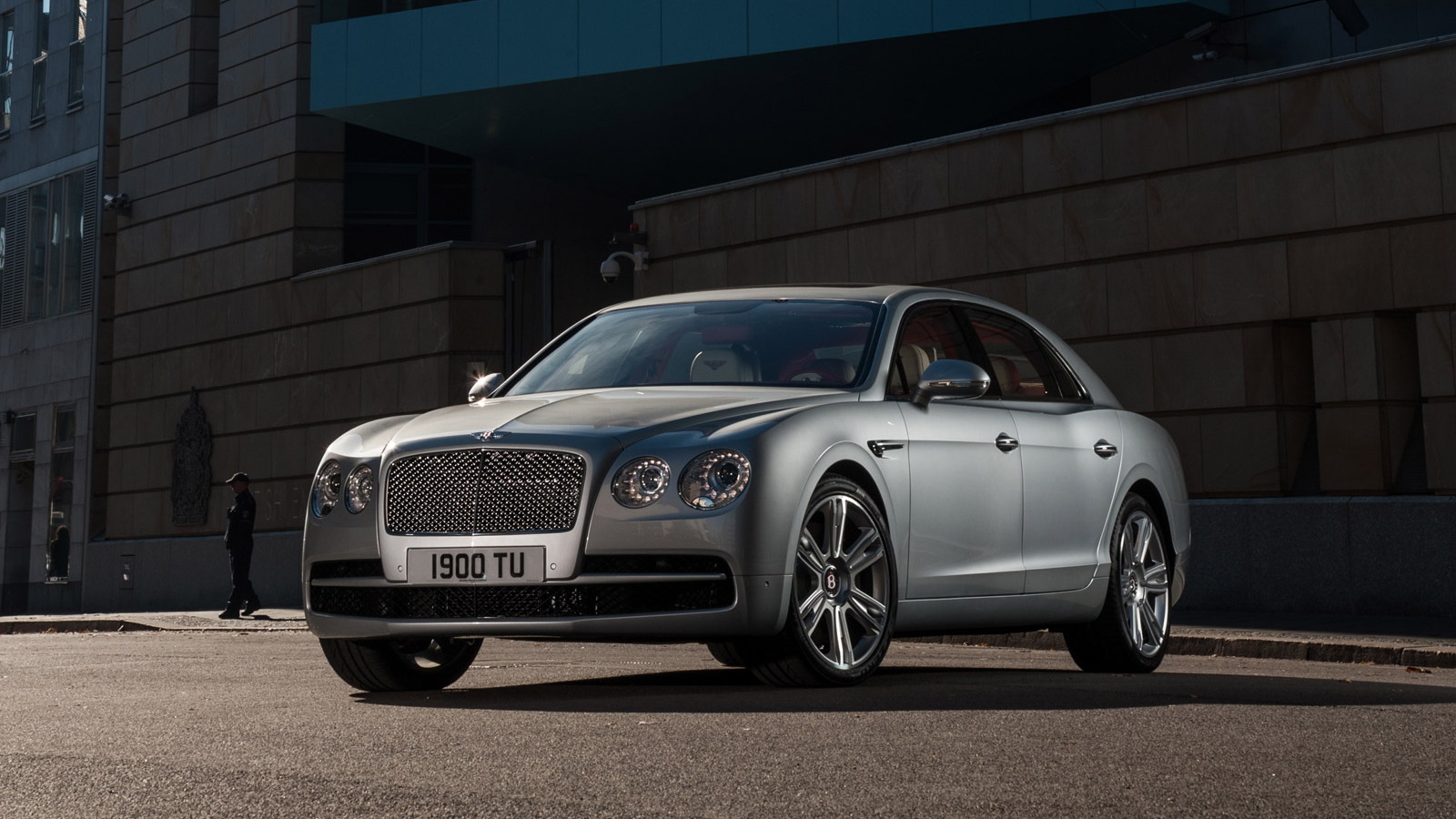 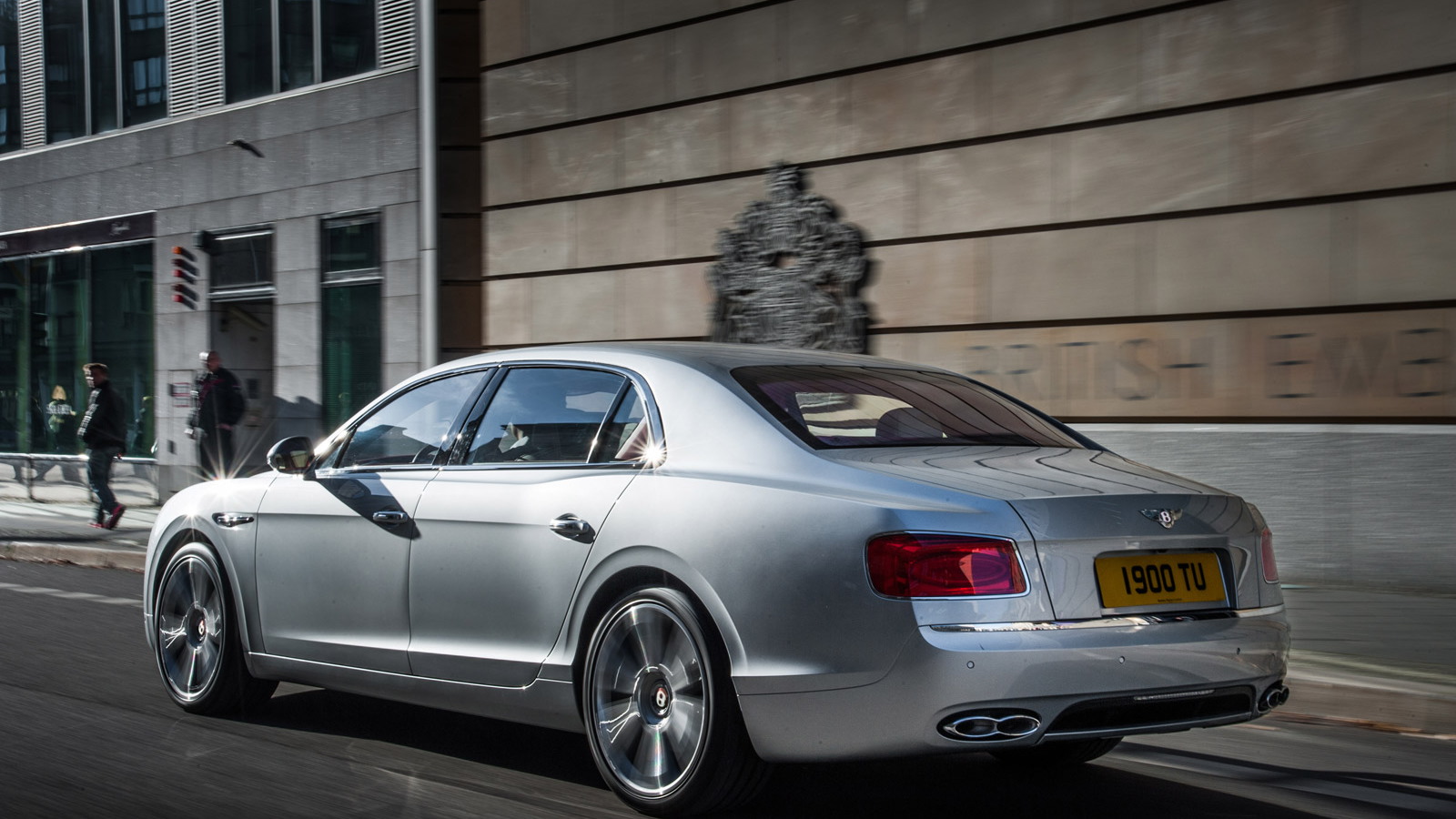 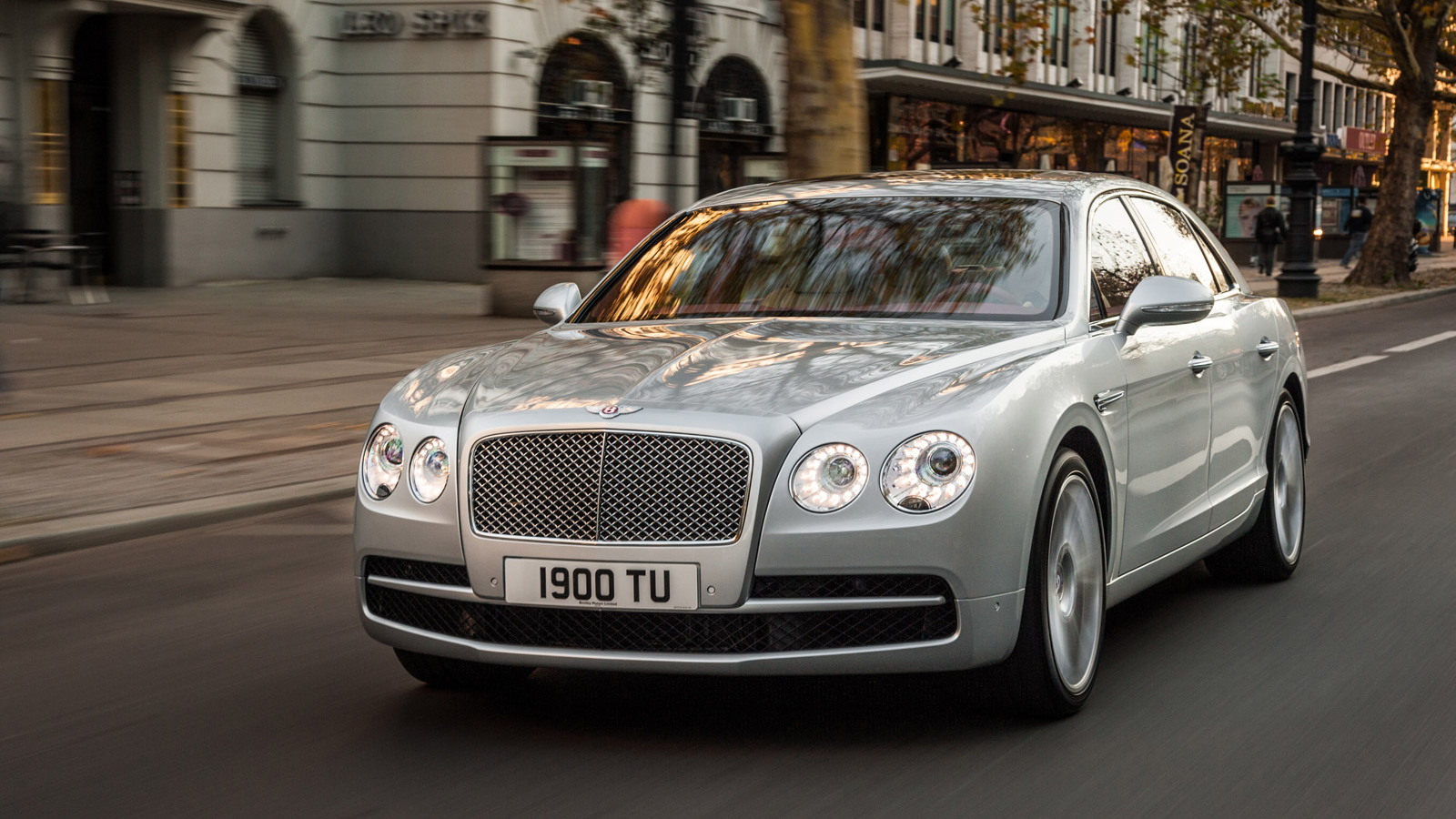 5
photos
An expanded Bentley Flying Spur sedan range will appear at the 2014 Geneva Motor Show next week by offering a less-thirsty V-8 engine option, alongside the existing W-12. We've known about this model for some time, and it seems like a logical addition to the lineup.

MUST WATCH: The Stress Of Loading A $4.1 Million Lamborghini Veneno Onto A Truck Will Kill You: Video

Wearing the straightforward title Flying Spur V8, the new model will feature the same 4.0-liter, twin-turbocharged engine as the two-door Continental GT V8. As in the GT, the V-8 produces 500 horsepower and 487 pound-feet of torque, and is coupled to an eight-speed automatic transmission with all-wheel drive.

That combination will get this titanic sedan to 60 mph from a standstill in 4.9 seconds, and allow it to reach a top speed of 183 mph. Bentley also claims a 520-mile cruising range, thanks to the V-8's smaller displacement and efficiency-improving technologies like cylinder deactivation.

The Flying Spur V8 gets a few subtle exterior markers to differentiate it from the top W-12 model. These include "figure-eight" chrome exhaust tips, red badging--a traditional indication of a Bentley V-8 model--and front-bumper grilles finished in black, with a black "wings" insert.

Naturally, there's also a posh interior. Bentley has made an effort to give buyers the tech they crave, including a Touch-Screen Remote that allows rear-seat passengers to control the car's climate and infotainment systems, as well as an optional rear-seat entertainment system.

Buyers can further dress up a Flying Spur V8 with the Mulliner Driving Specification, which includes sporty accoutrements like 20-inch alloy wheels, drilled alloy pedals, and a knurled gear selector.