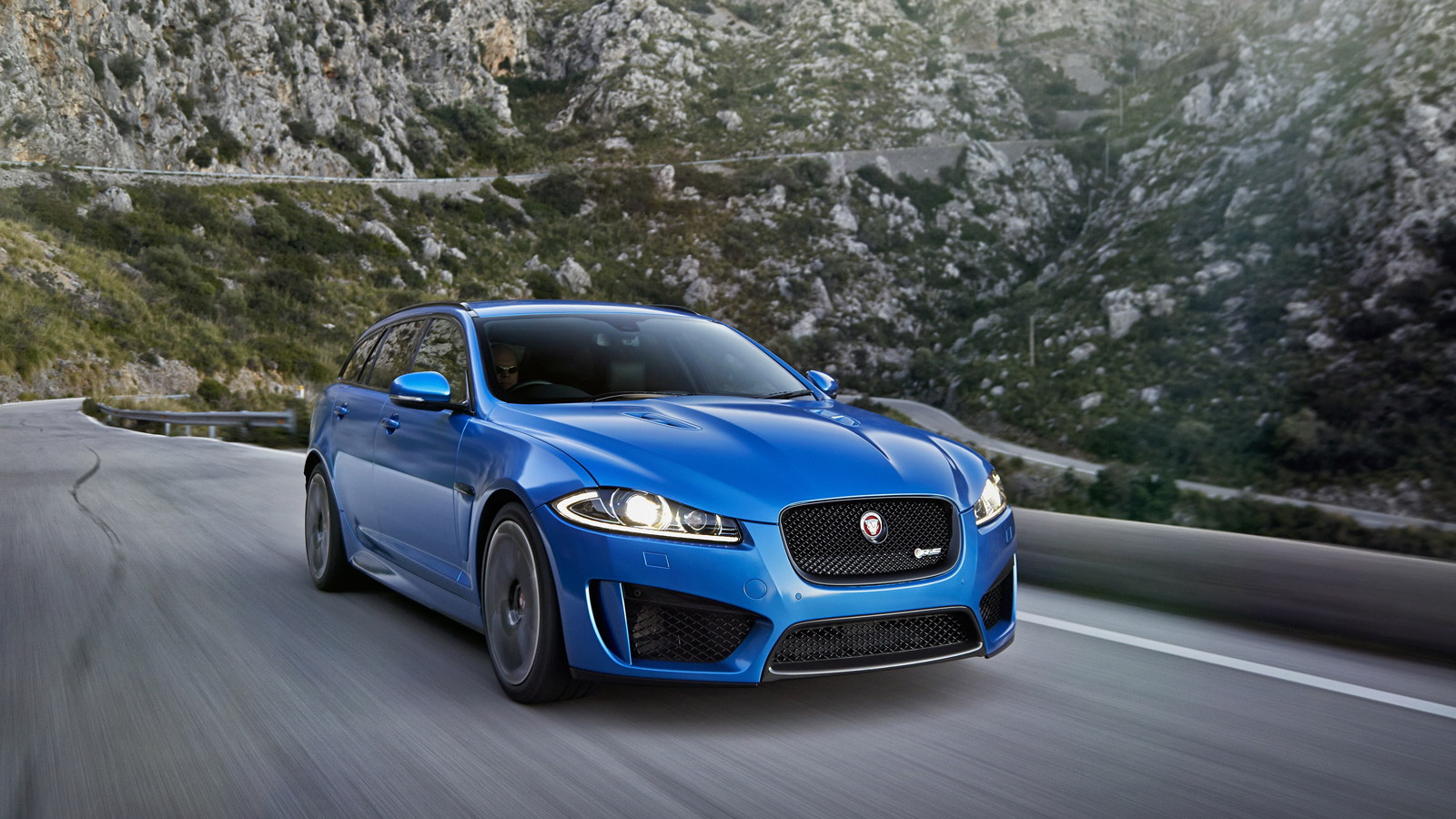 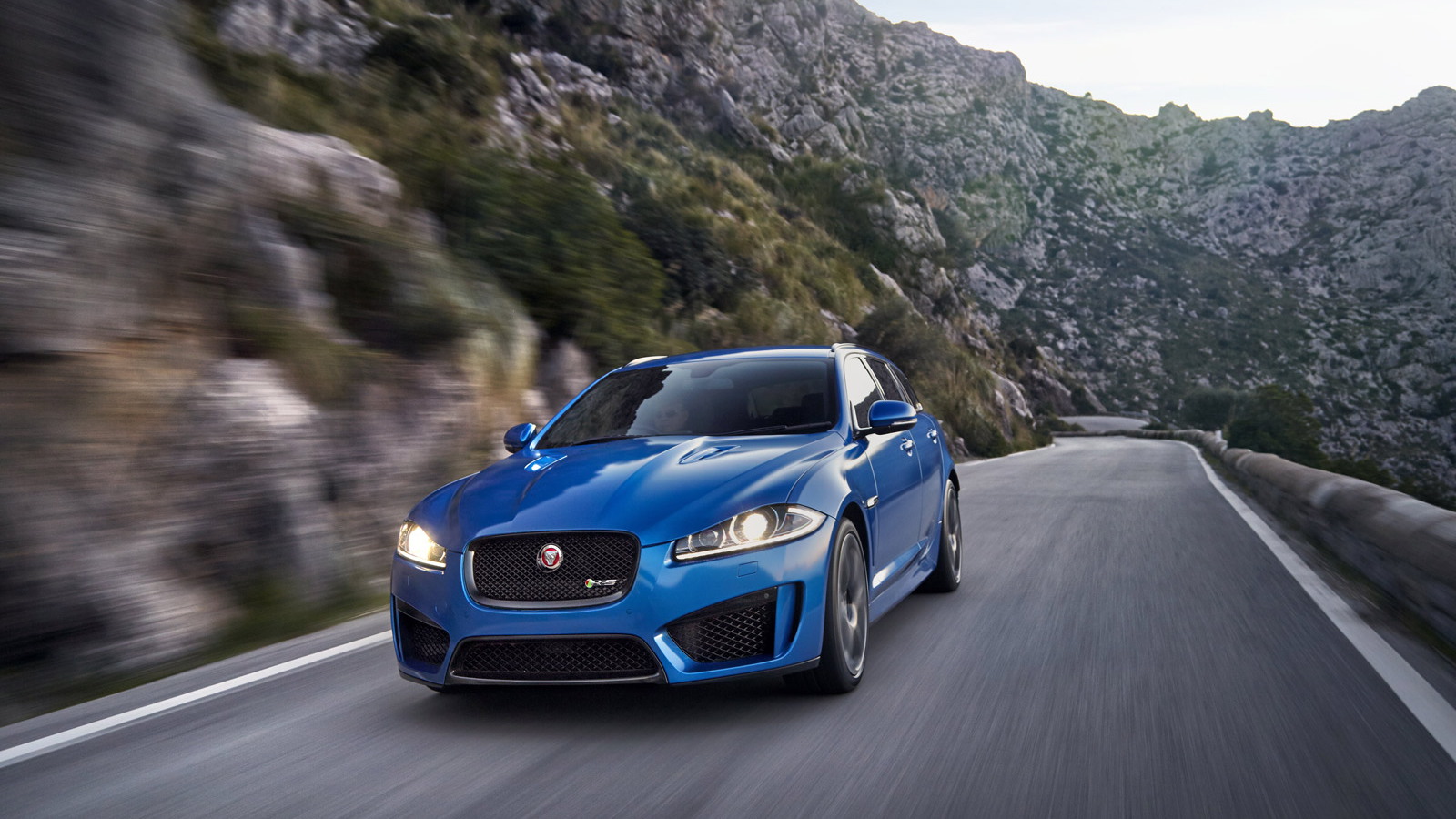 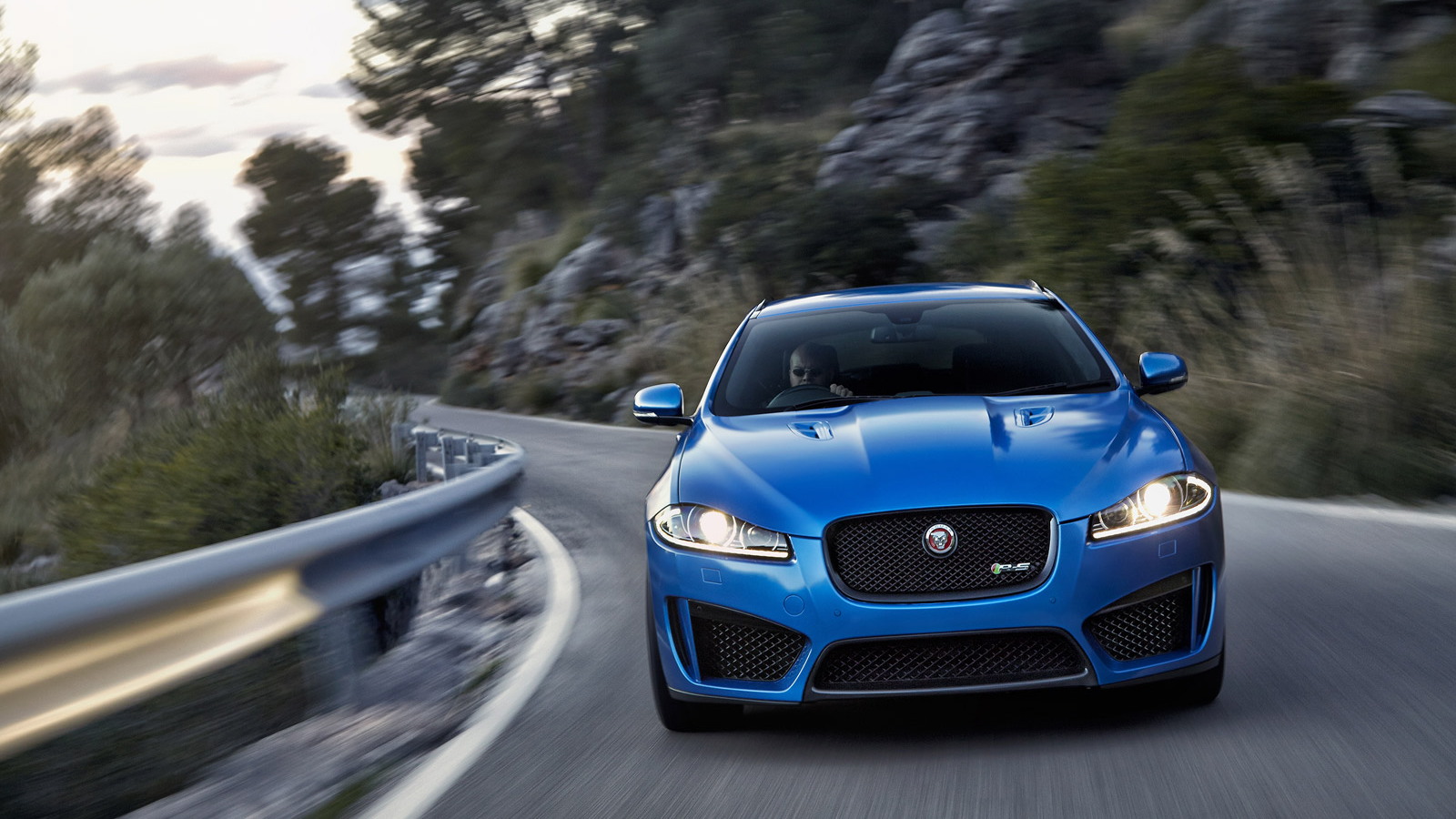 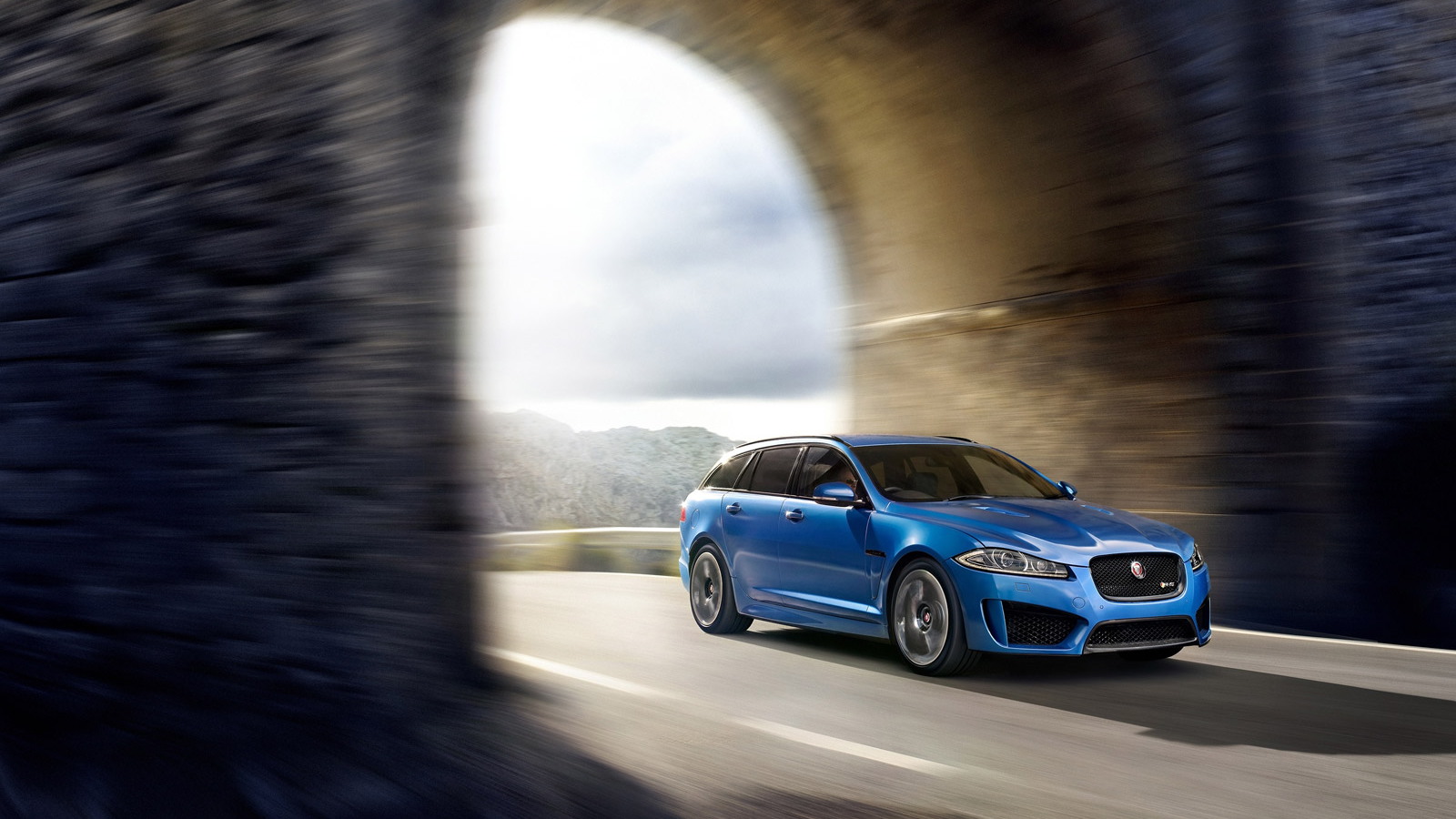 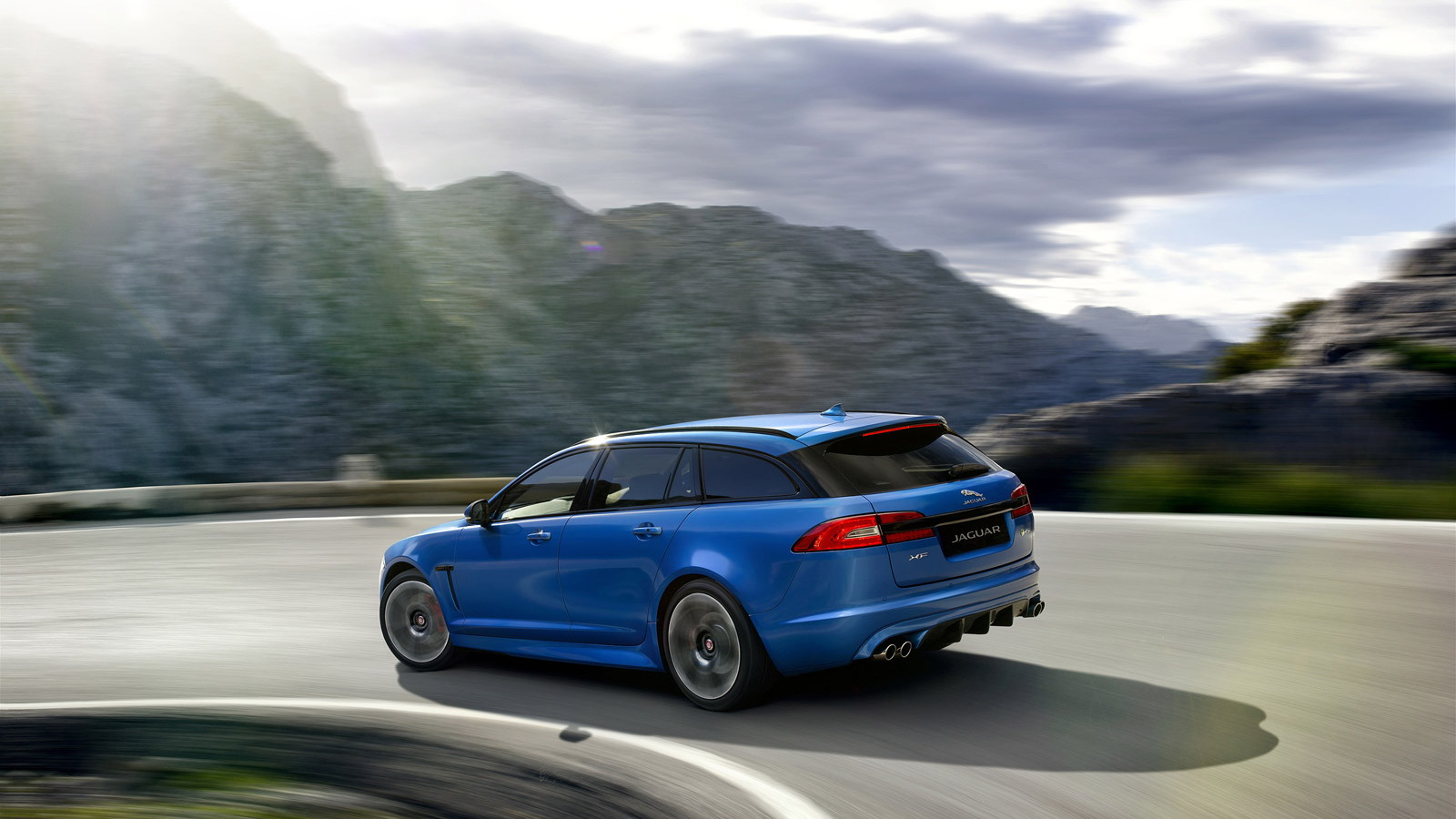 25
photos
The Jaguar XFR-S is already an impressive drive. However, take its 550-horsepower drivetrain and pack it into the svelte body of the XF Sportbrake and you’ve got a surefire hit on your hands.

That’s exactly what Jaguar has done with its latest XFR-S Sportbrake, which has previously been spotted testing in prototype form and has now been revealed in full ahead of its official world debut at the 2014 Geneva Motor Show next Tuesday.

MUST WATCH: The Stress Of Loading A $4.1 Million Lamborghini Veneno Onto A Truck Will Kill You: Video

The gallery above shows what the new 550-horsepower family hauler will look like when the covers finally come off at the Swiss show, and confirms that Jaguar designers haven’t toned down the aggressive styling of the XFR-S sedan in its transformation into a wagon.

Key elements include the huge intakes in the front bumper, 20-inch staggered wheels, Pirelli tires, uprated suspension and an integrated rear diffuser. Then there’s the brute of a powertrain, which in this case is a supercharged 5.0-liter delivering 550 horsepower and 502 pound-feet of torque.

Like in the XFR-S sedan, drive in the XFR-S Sportbrake goes to the rear wheels only, via an eight-speed automatic transmission with Jaguar’s Quickshift feature. This adjusts torque to ensure gear changes are sharp and fast. Jaguar says owners can expect 0-60 mph acceleration in about 4.6 seconds (4.4 seconds for the XFR-S sedan) and a top speed governed to 186 mph.

Unique to the XFR-S Sportbrake is close to 60 cubic feet of storage space when the rear seats are folded flat as well as specific chassis tuning. In order to manage the extra rear mass of the XFR-S Sportbrake while retaining the sharp turn-in and response of the XFR-S sedan, the wagon’s rear suspension has been modified with revisions to both rear spring rates and the adaptive damper tune. These changes work in conjunction with an electric rear differential and custom stability control settings.