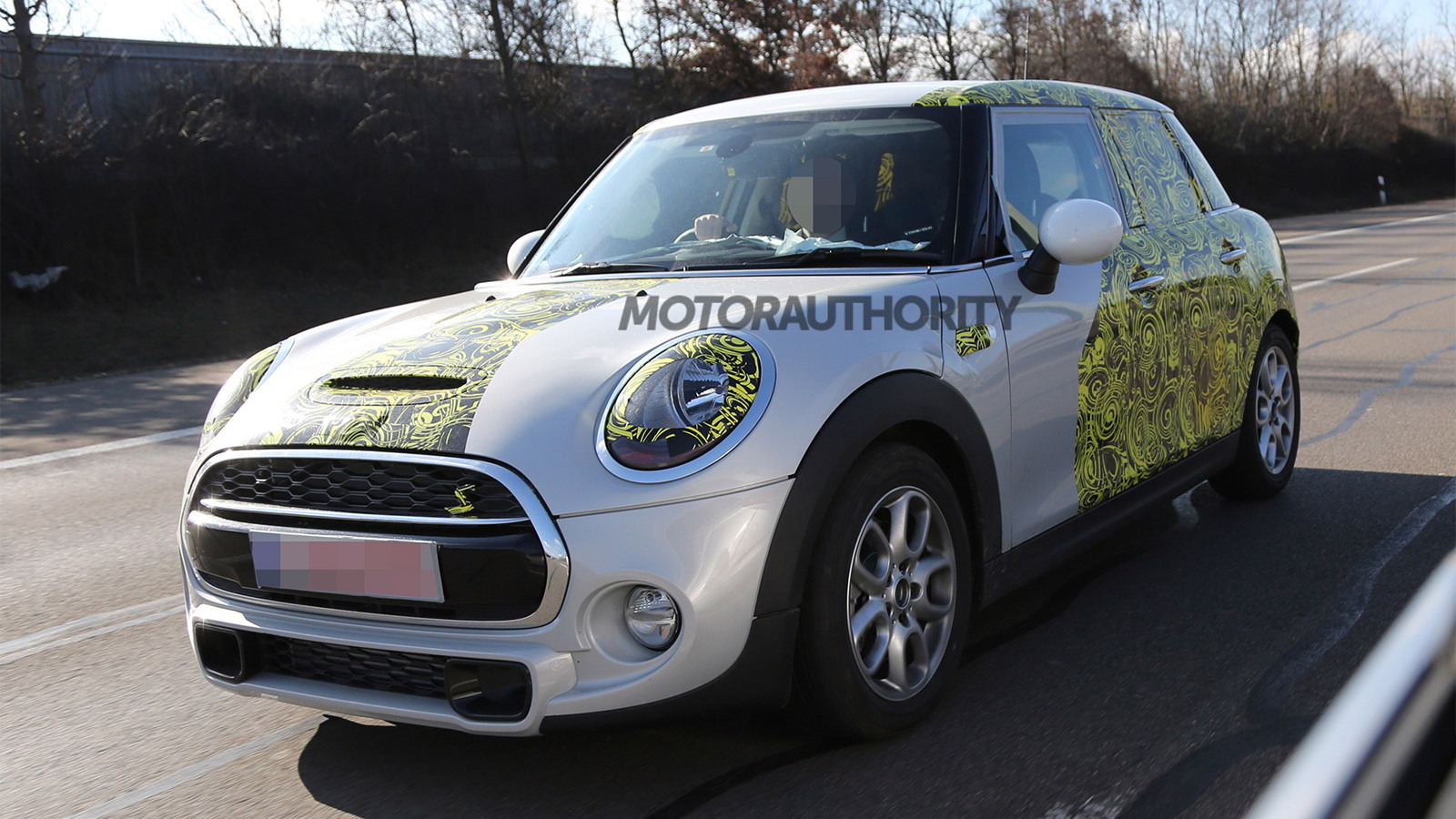 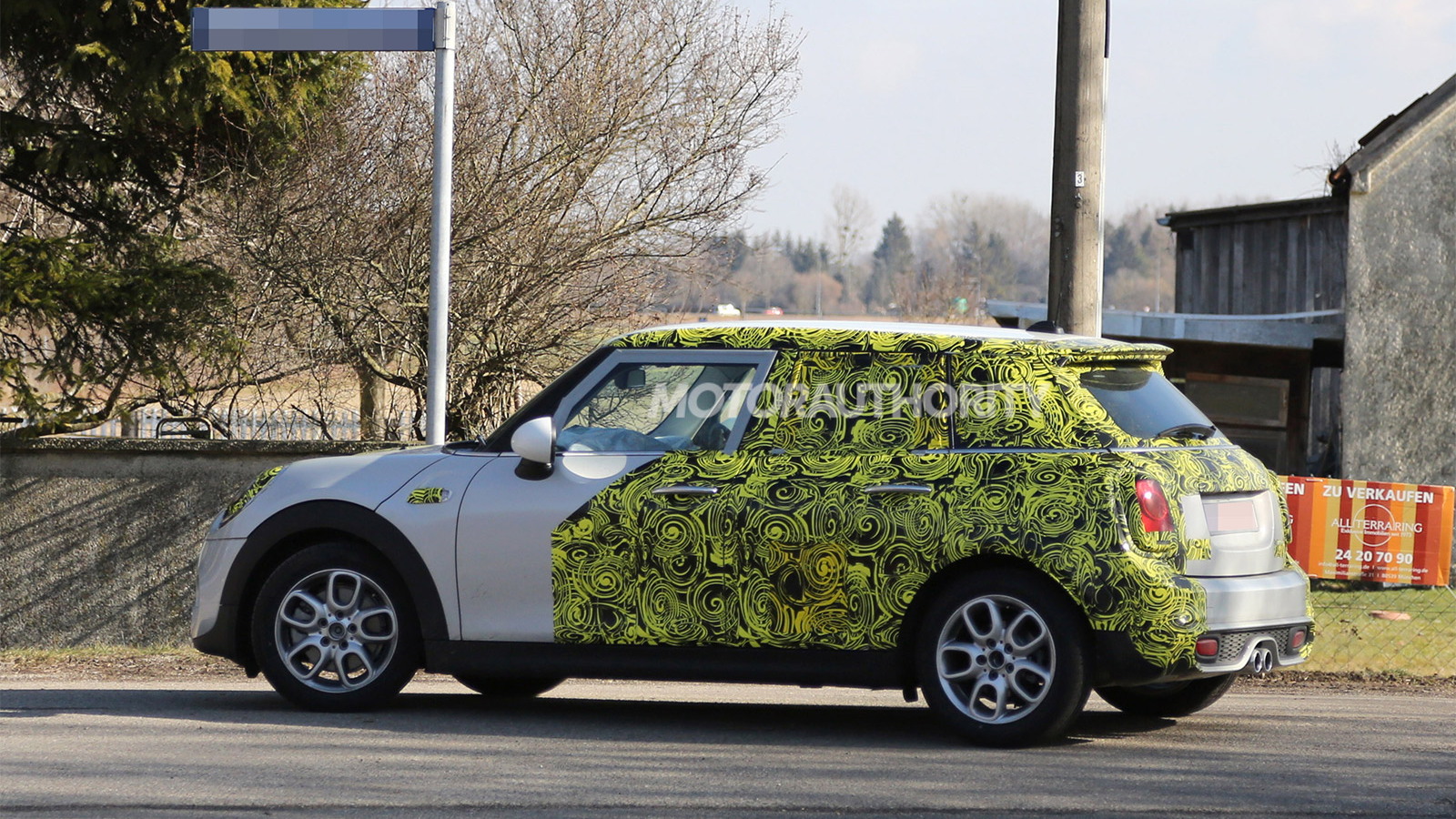 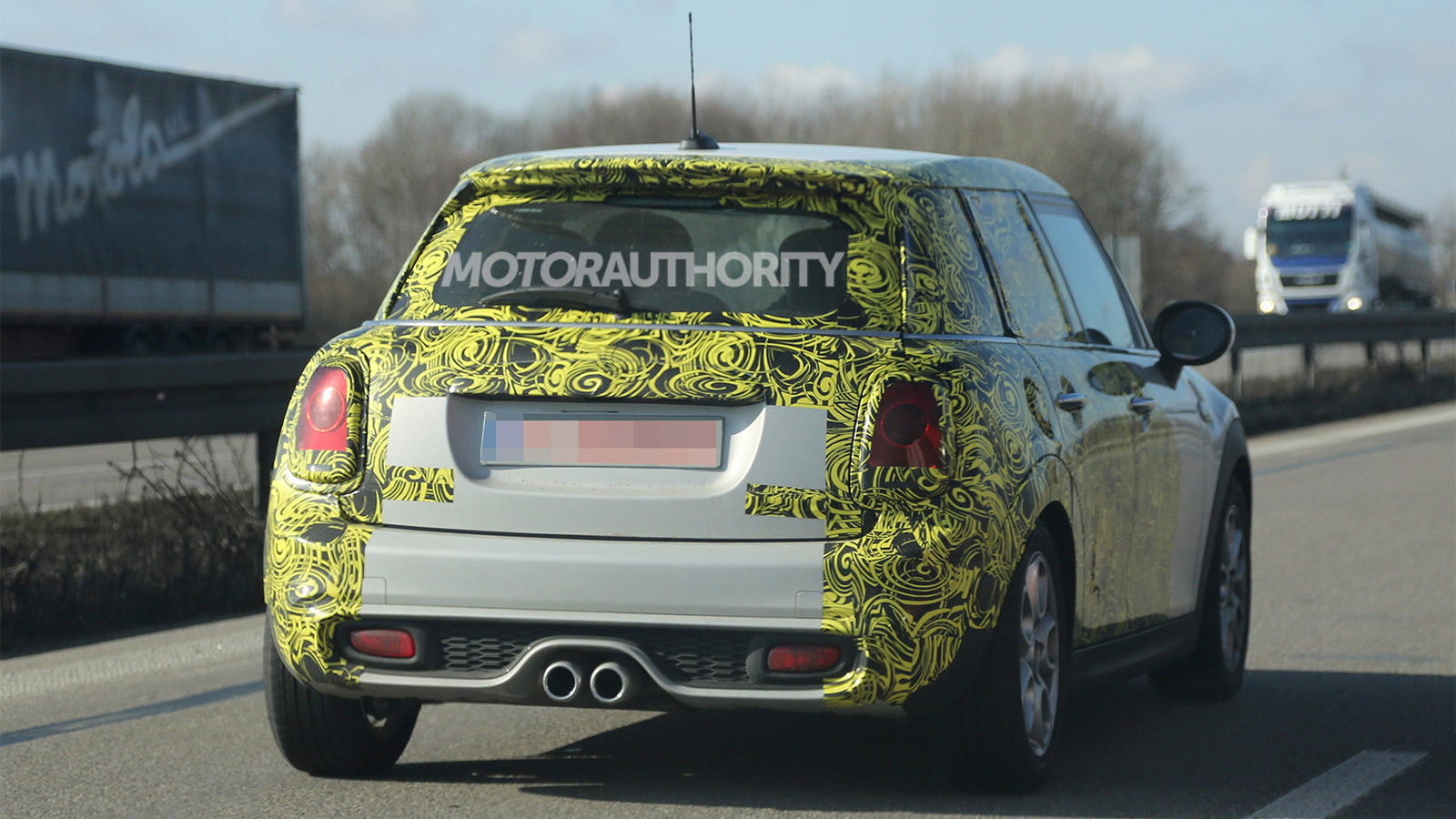 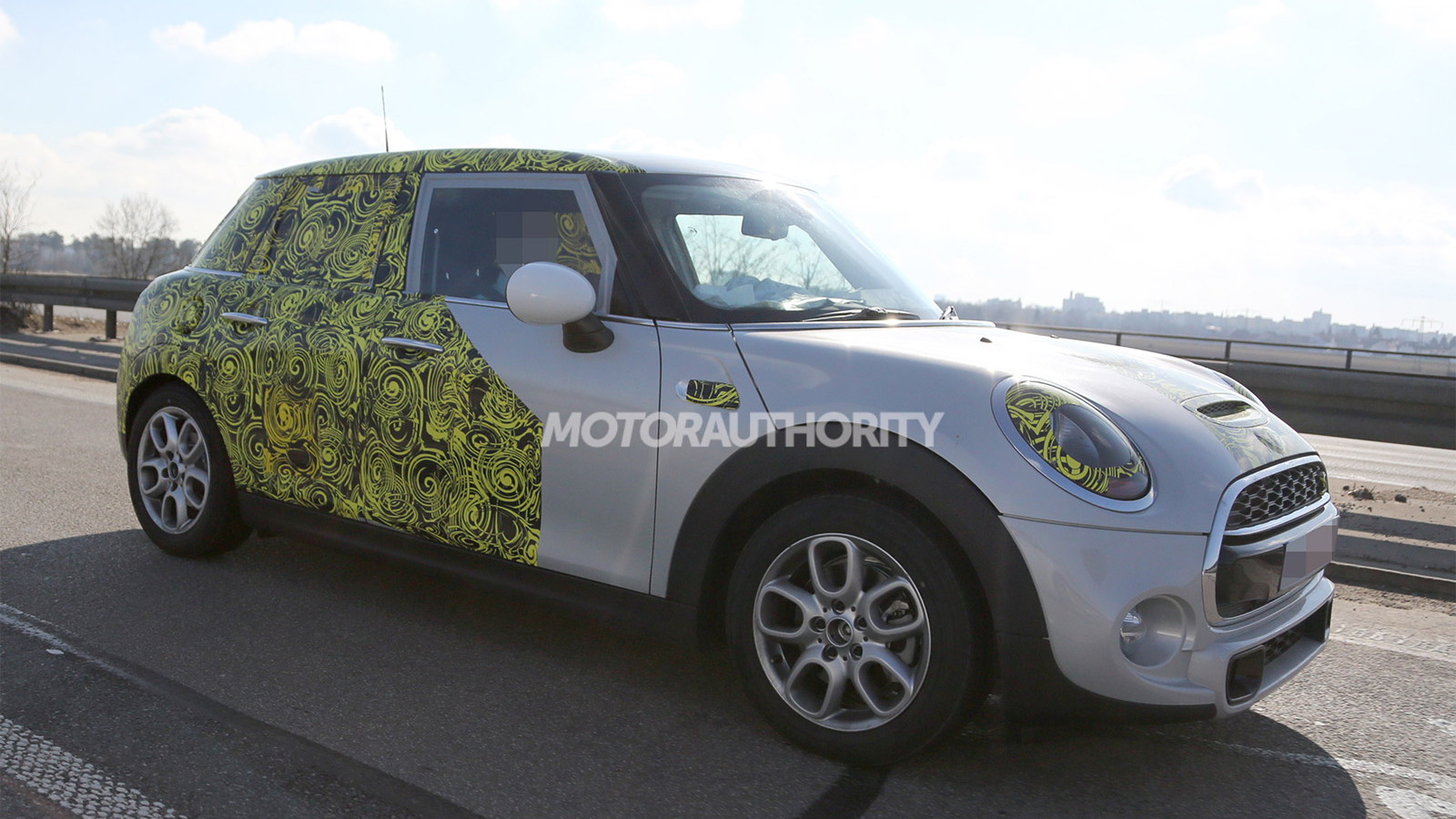 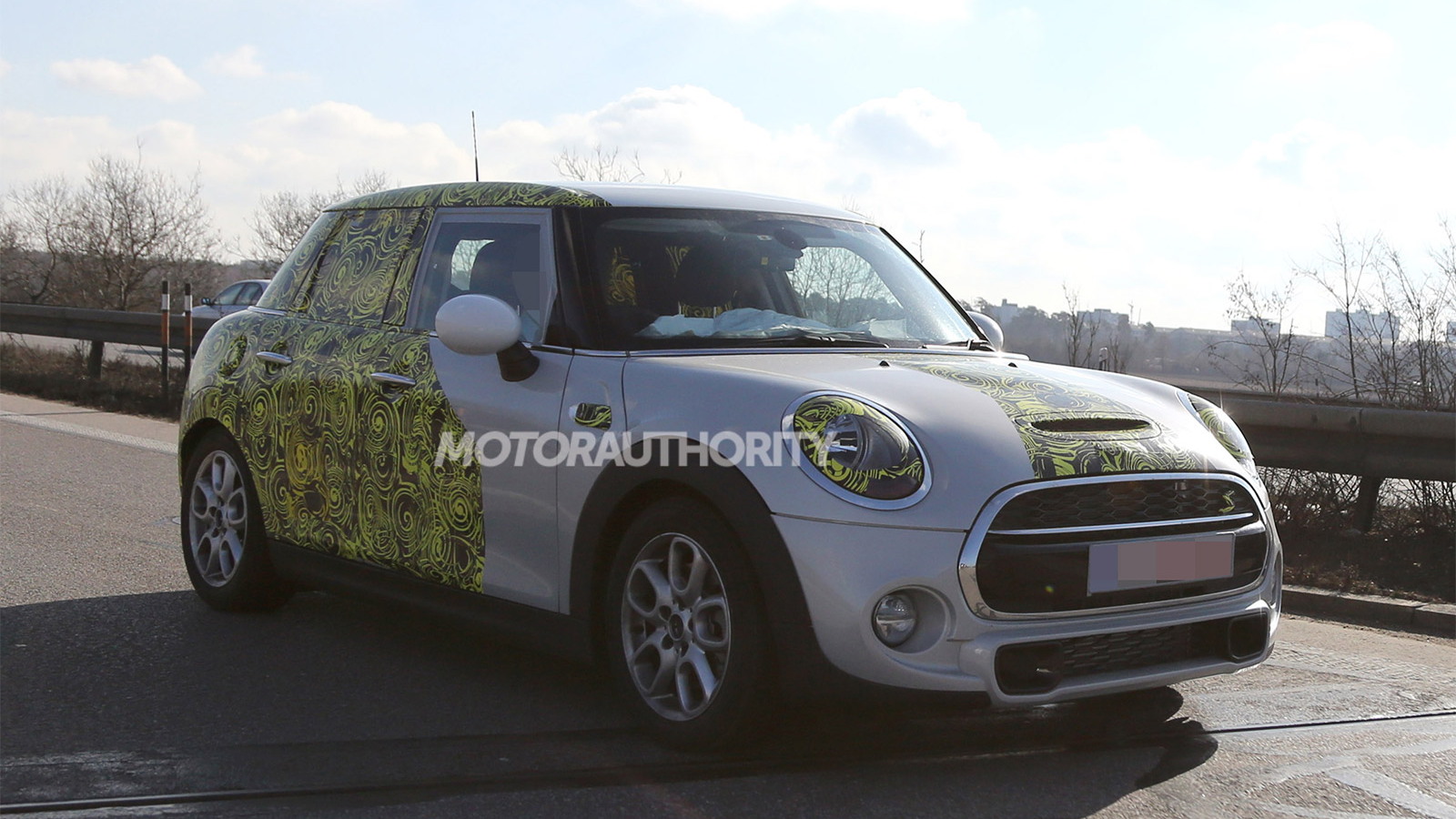 38
photos
The third generation of the modern MINI Cooper recently made its debut, but so far only in its three-door Hardtop bodystyle. There are still many variants to be revealed, including some brand new ones. One of these will be a new five-door variant that’s expected to be revealed in the second half of 2014, as a 2015 model. These are our latest spy shots of a prototype for this more family-friendly MINI.

On initial glance the prototype looks similar to previous mules for the three-door Hardtop, but it clearly features four doors and what looks to be a conventional rear hatch--making it a five-door. Center-mounted exhaust tips also confirm that this is the slightly sportier Cooper S version of the new MINI five-door.

To accommodate the extra doors, MINI’s designers have stretched the wheelbase and added shorter doors in the front compared to those use on the Hardtop. It also appears they’ve raised the height of the roof in order to maximize interior space.

MINI is hoping the increased flexibility will make its new third-generation Cooper range appeal to a wider audience and boost sales.

Note, despite the additional set of doors, the rear seats will still only be suitable for small children, so parents with a couple of teens best look elsewhere or at least have a second car if a MINI is a must. One possibility could be a new generation of the Clubman, which looks to be growing considerably in size.

Six-speed manual and automatic transmissions will be on offer. Further down the track, expect a high-performance John Cooper Works variant with more than 200 horsepower on tap.

Buyers also enjoy new safety features across the third-generation MINI family. These include a head-up display, collision and pedestrian warning systems, a parking assistant and even a speed limit information system.