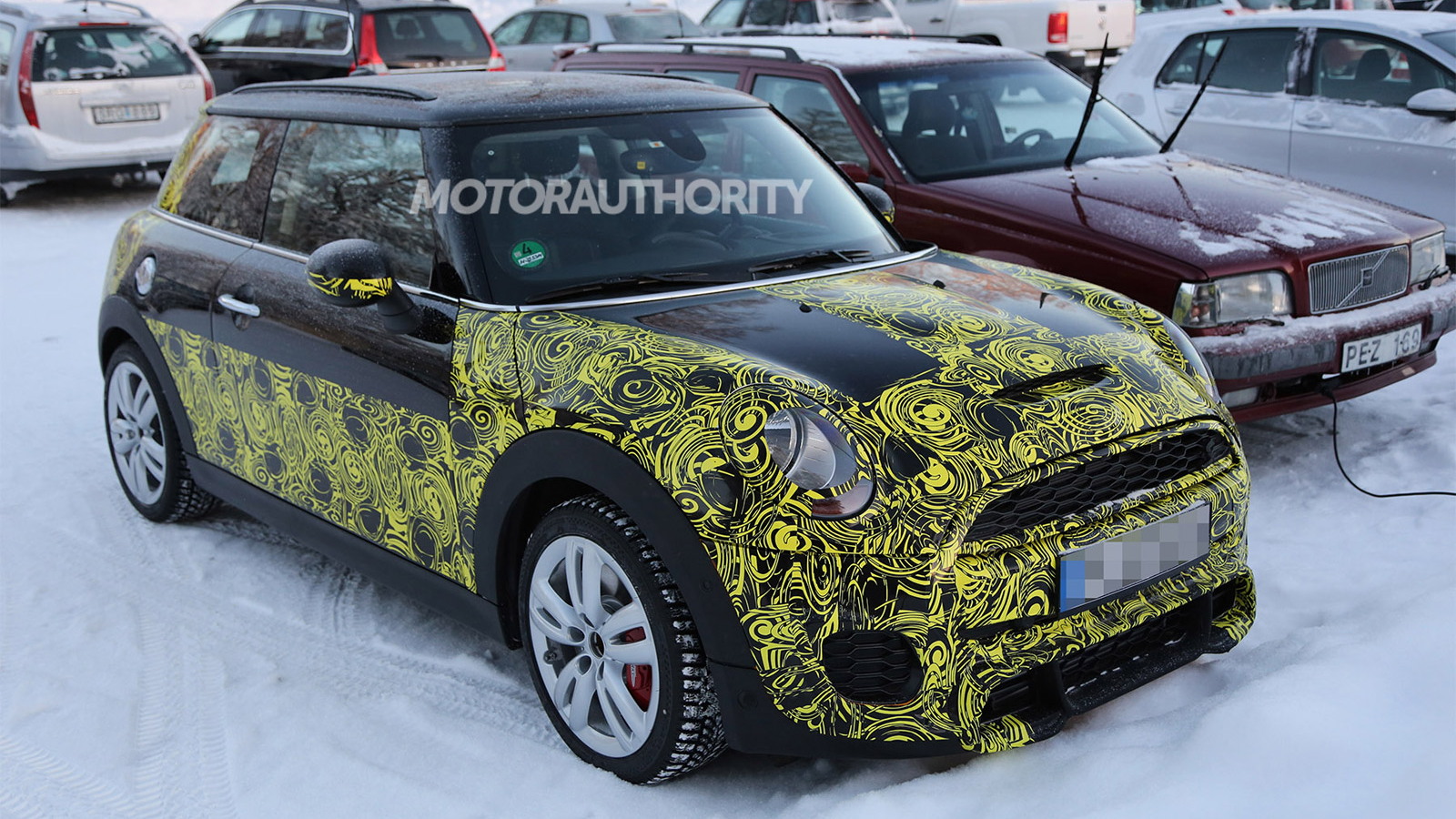 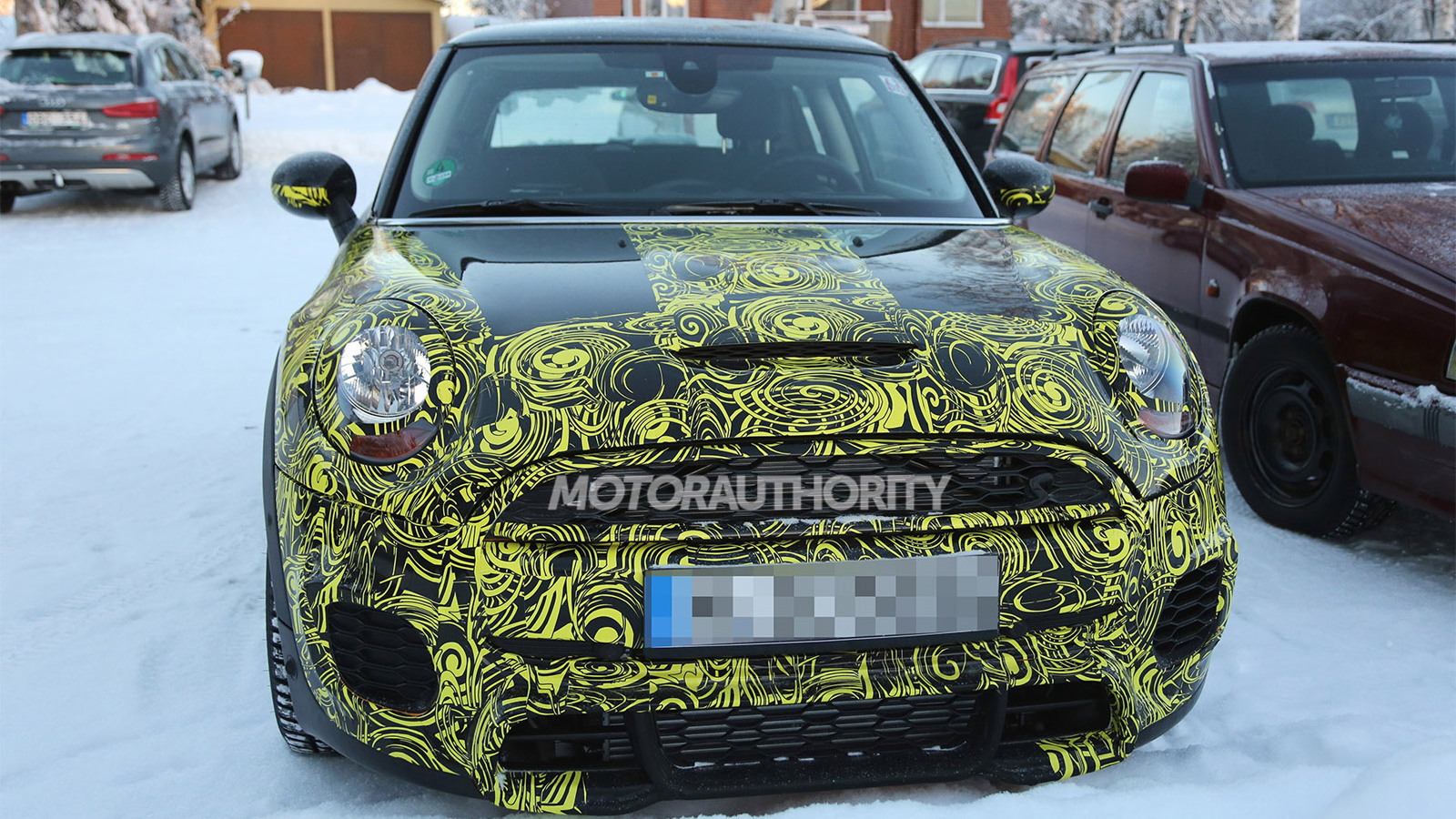 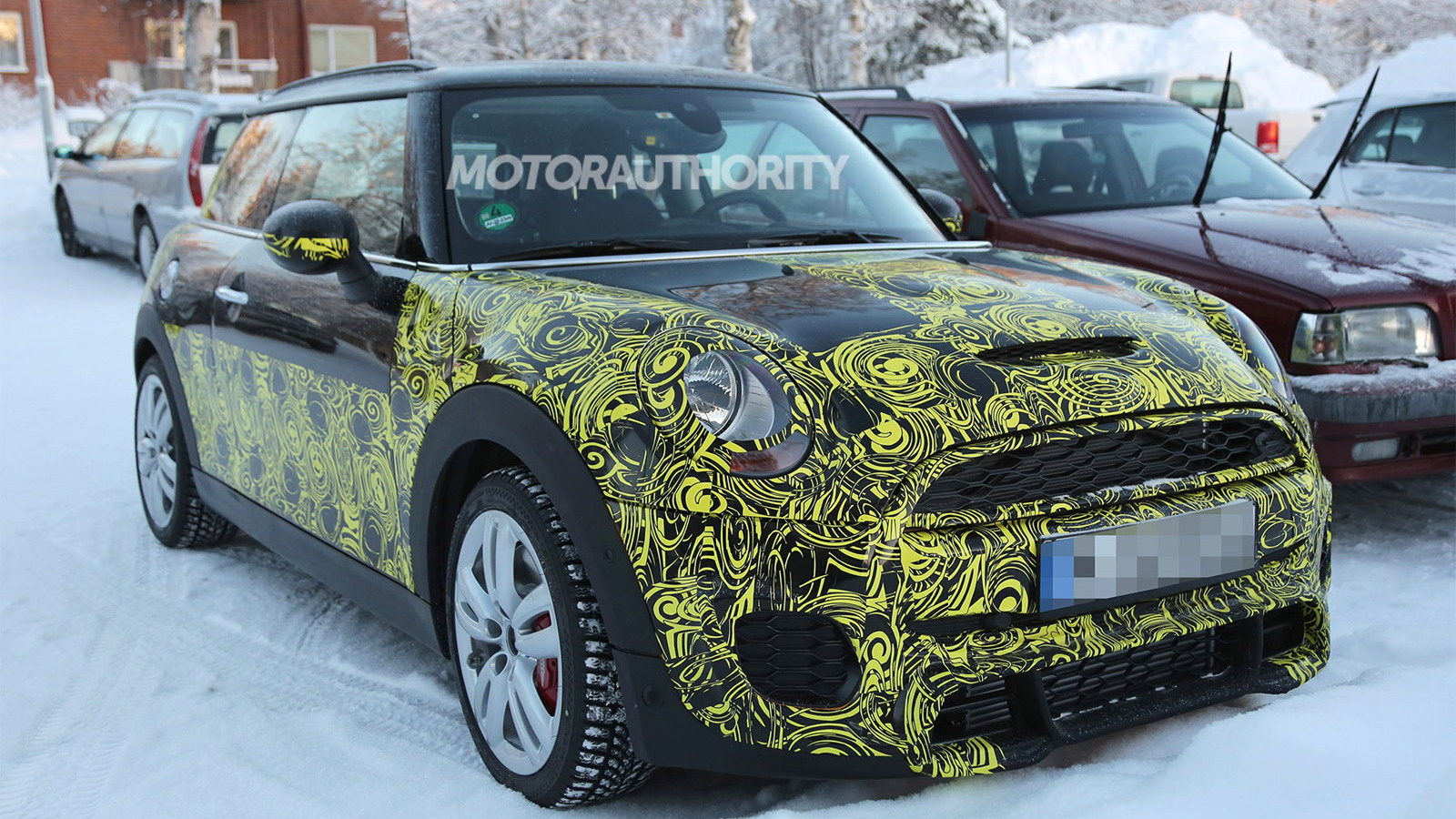 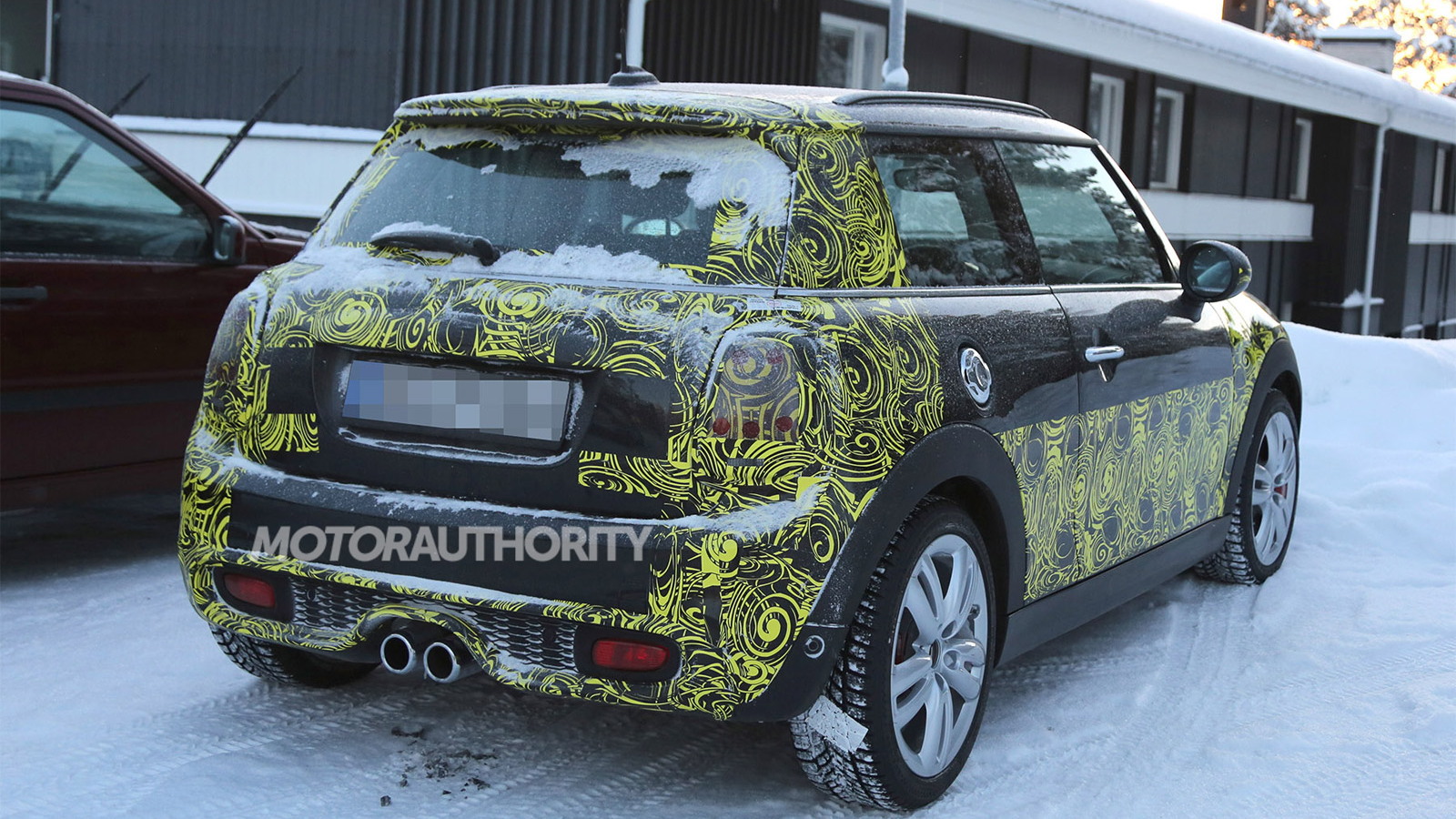 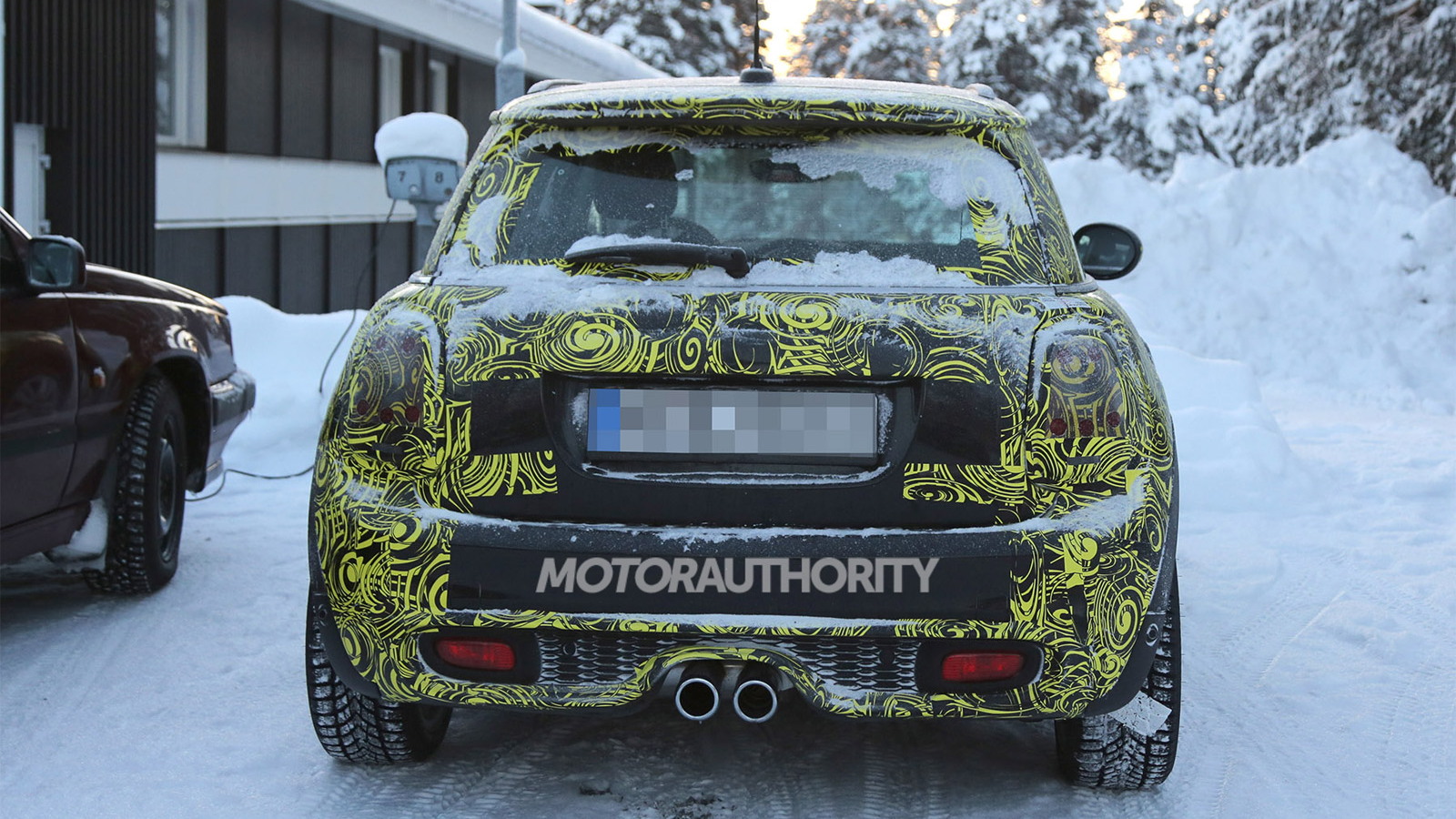 16
photos
Just this week MINI presented a concept previewing the new John Cooper Works performance version of its third-generation Cooper, and now we have our first look at the actual production version, which was spotted cold weather testing in northern Europe recently.

The car features all the typical JCW cues such as additional air intakes in the front bumper, light alloy wheels and uprated brakes. The rear section has been lifted straight off the new MINI Cooper S but should change as development progresses. Look for the aggressive rear bumper shown on the concept (see below) to make its way onto the production model.

With the latest MINI Cooper offering a slate of more powerful engines plus a longer wheelbase and wider track compared to the outgoing model, it’s natural the JCW version will lift the bar higher in the performance stakes too. We wouldn’t be surprised if it even manages to outshine 2012’s JCW GP special edition.

Power should come from an uprated version of MINI’s latest 2.0-liter turbo four. In the 2014 Cooper S this engine delivers 189 horsepower and 206 pound-feet of torque (221 pound-feet with overboost), so for the new JCW model we could see output dialed up to more than 220 horsepower.

Drive will go to the front wheels only, either via a standard six-speed manual or available six-speed automatic with paddle shifters.

Look for a debut of the new MINI JCW model towards the end of this year or in early 2015.