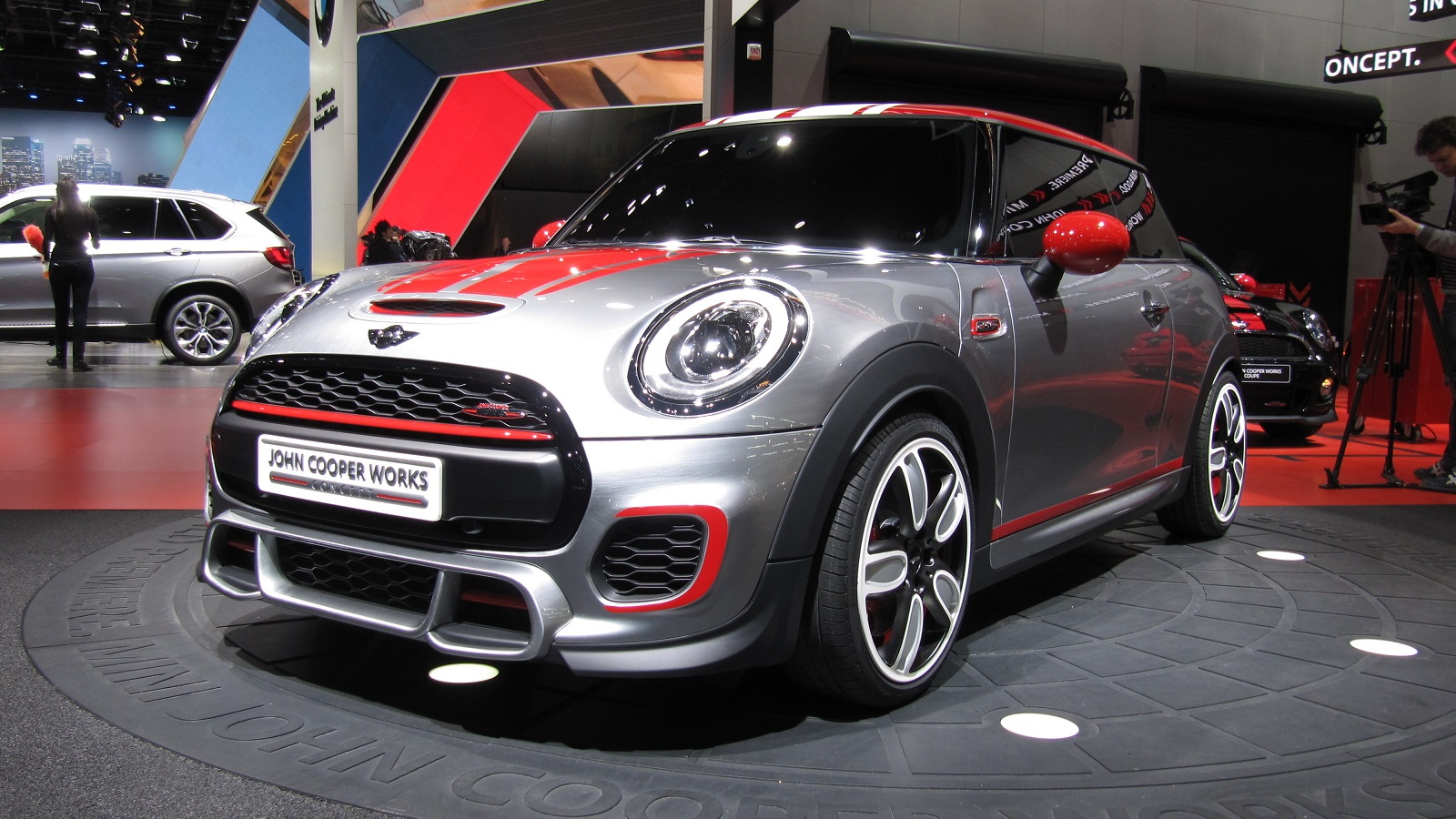 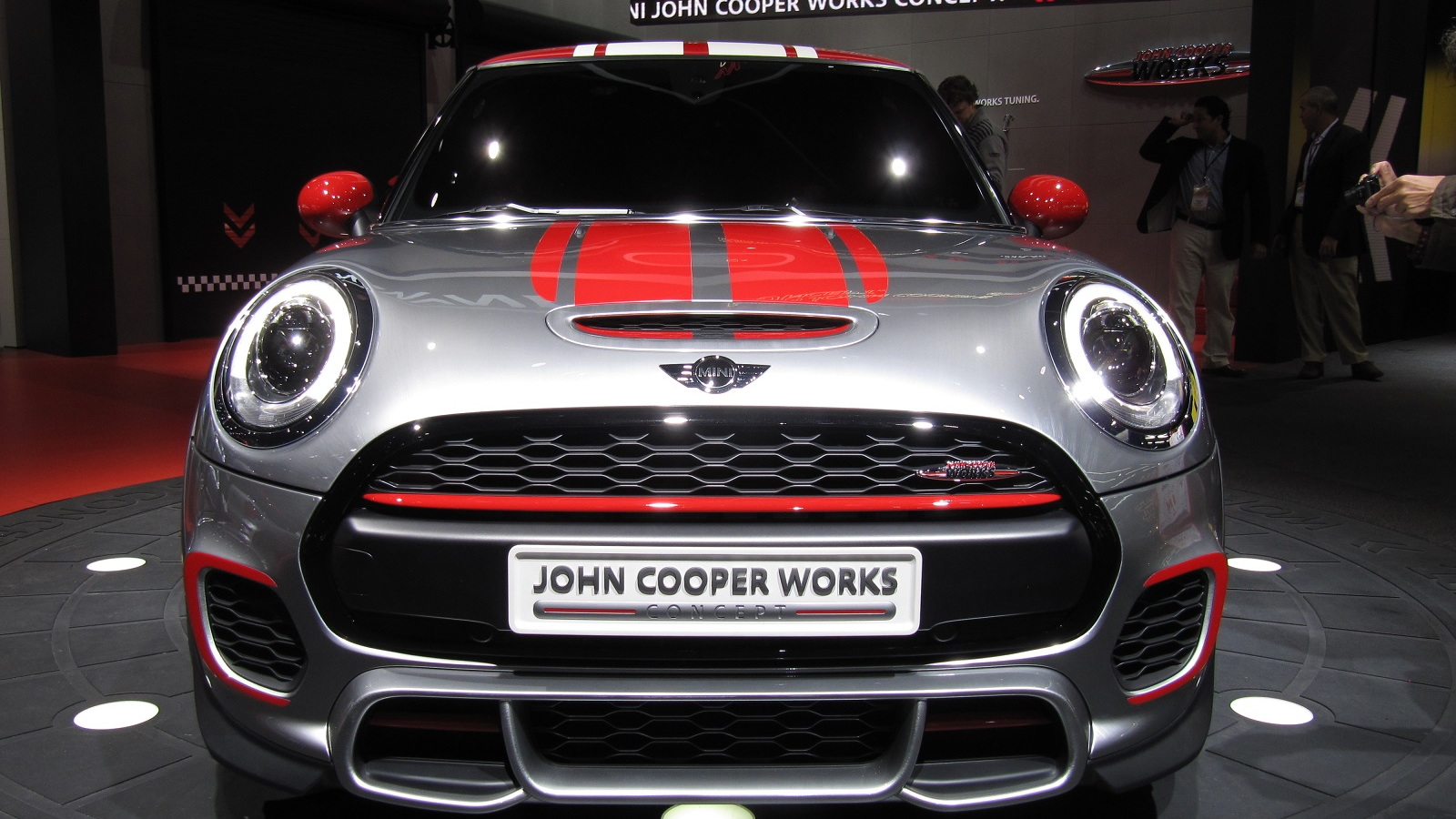 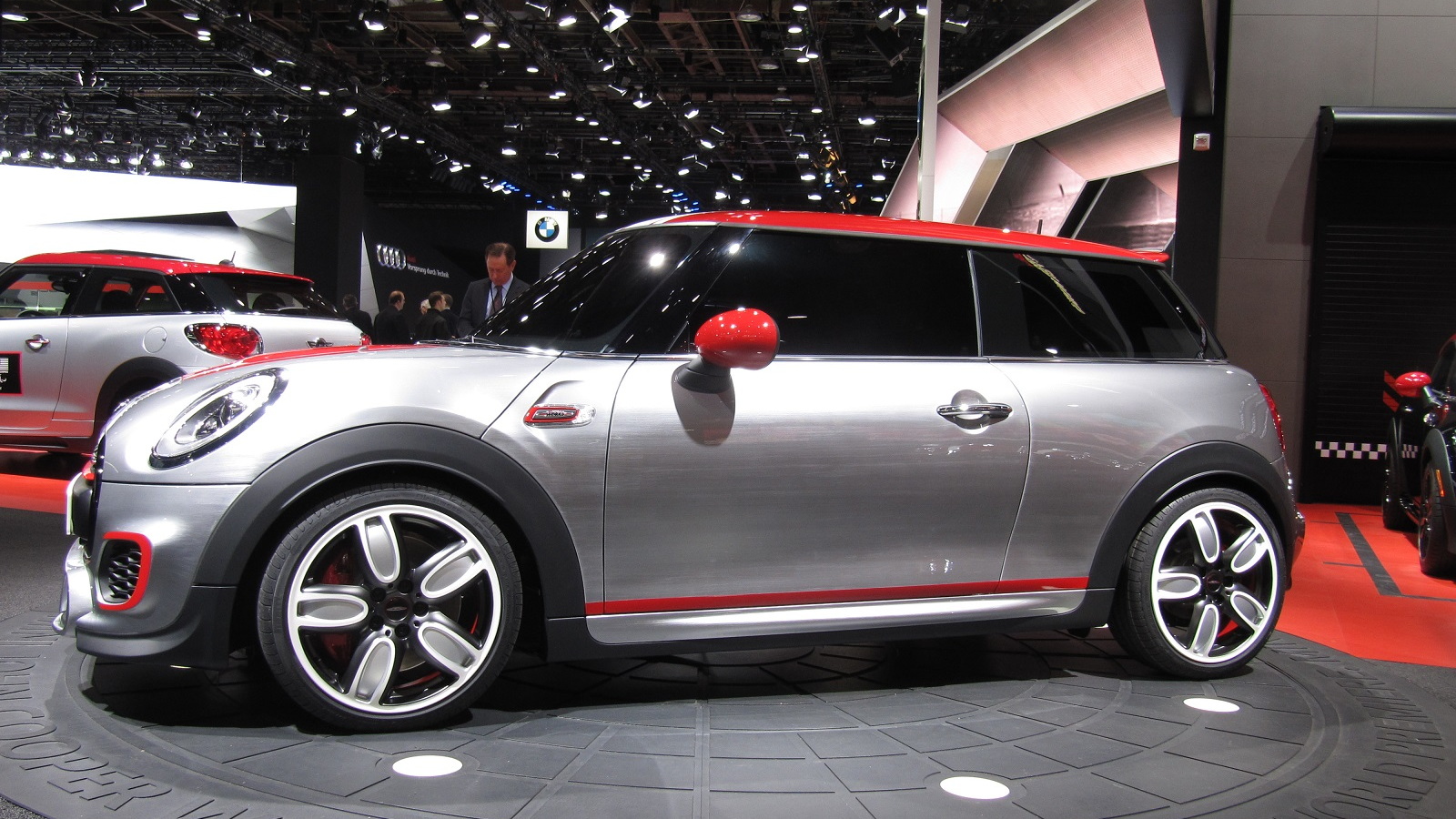 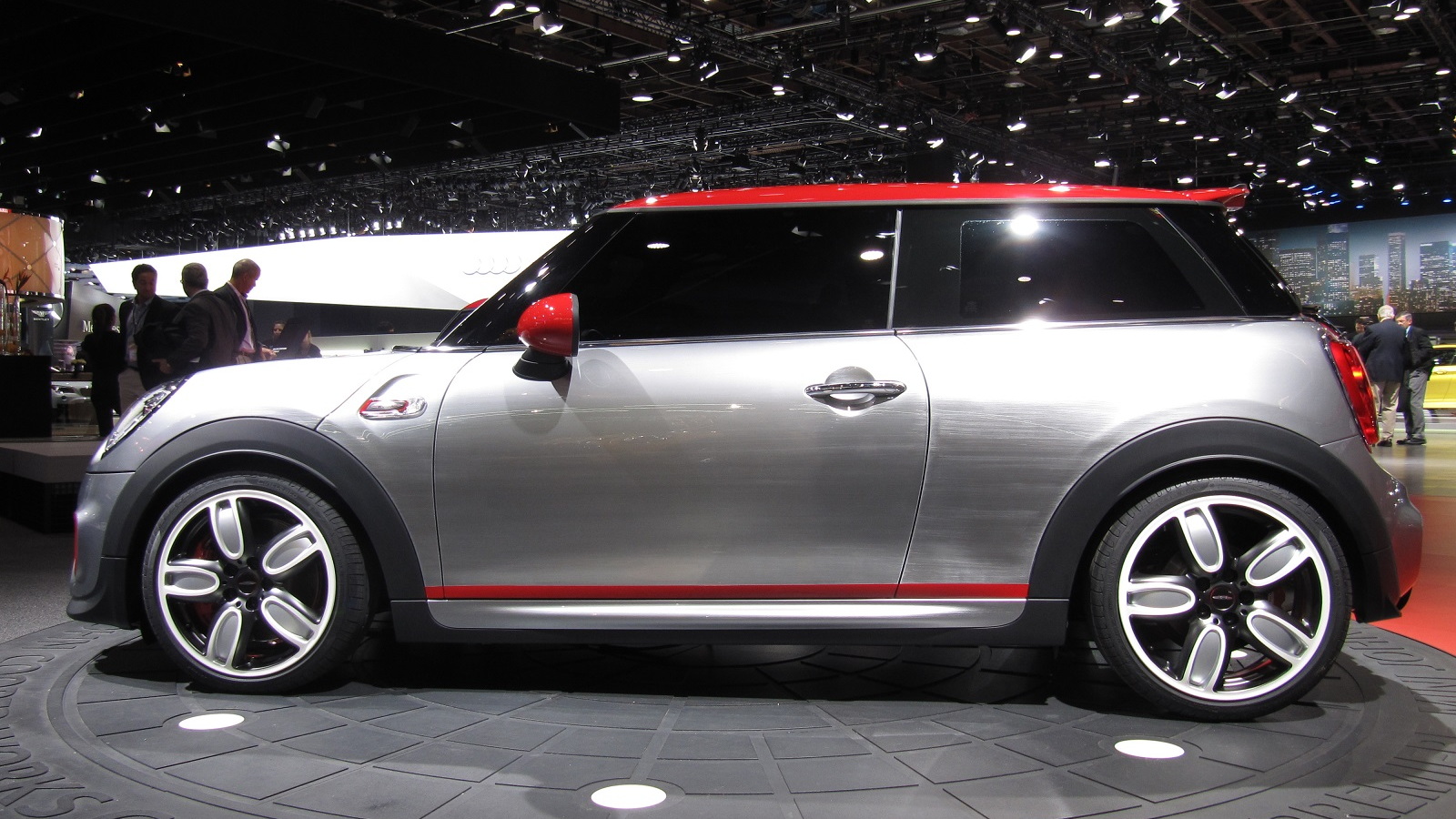 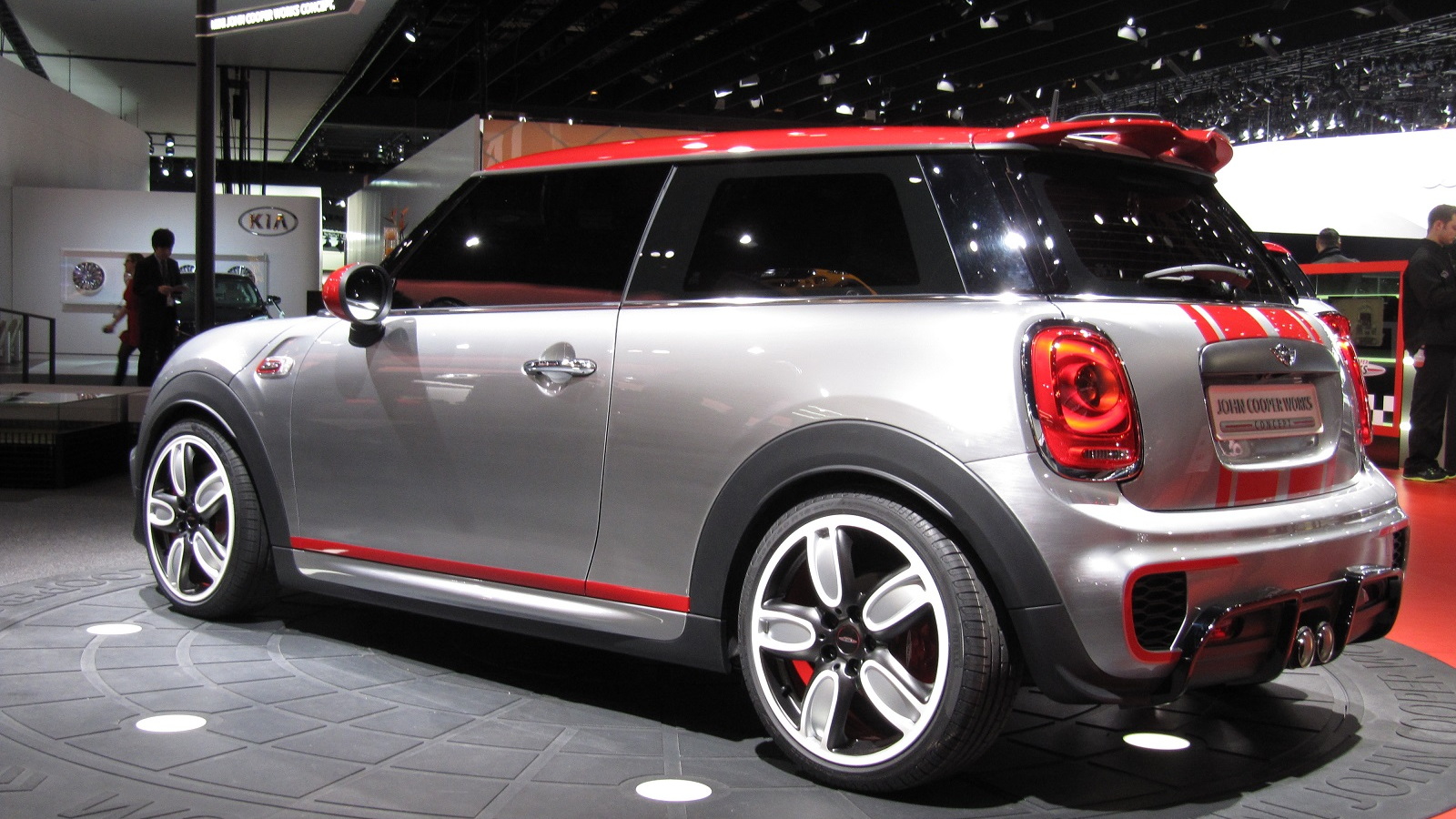 31
photos
It was only a couple of months ago that MINI first revealed its new 2014 Cooper, the third generation of the modern MINI and the biggest one yet. Now MINI is giving us a preview of the upcoming John Cooper Works performance variant with a new concept on show this week at the 2014 Detroit Auto Show.

The concept features all the typical JCW cues, including many performance-enhancing items. These include 18-inch light alloys, aerodynamic aids and a sports exhaust system. The tail-pipes of the concept’s exhaust system also features a special chrome finish which we bet will be offered as an option to buyers of future JCW products.

The concept also dons enlarged intakes up front, LED headlights, black detailing around the grille, a rear spoiler and special body attachments designed to channel air efficiently around the C-pillars. The final touch is a new shade of paint MINI is calling Bright Highways Gray. The paint finish has a special manufacturing process, where it's first hand-polished and then covered with a clear coat in order to create a lustrous sheen.

With the latest MINI Cooper offering a slate of more powerful engines plus a longer wheelbase and wider track compared to the outgoing model, it is only natural the eventual JCW version will lift the bar higher in the performance stakes compared to its own contemporary version. We wouldn’t be surprised if it even manages to outshine last year’s JCW GP special edition.

To see what else is on show in Detroit, head over to our dedicated hub.