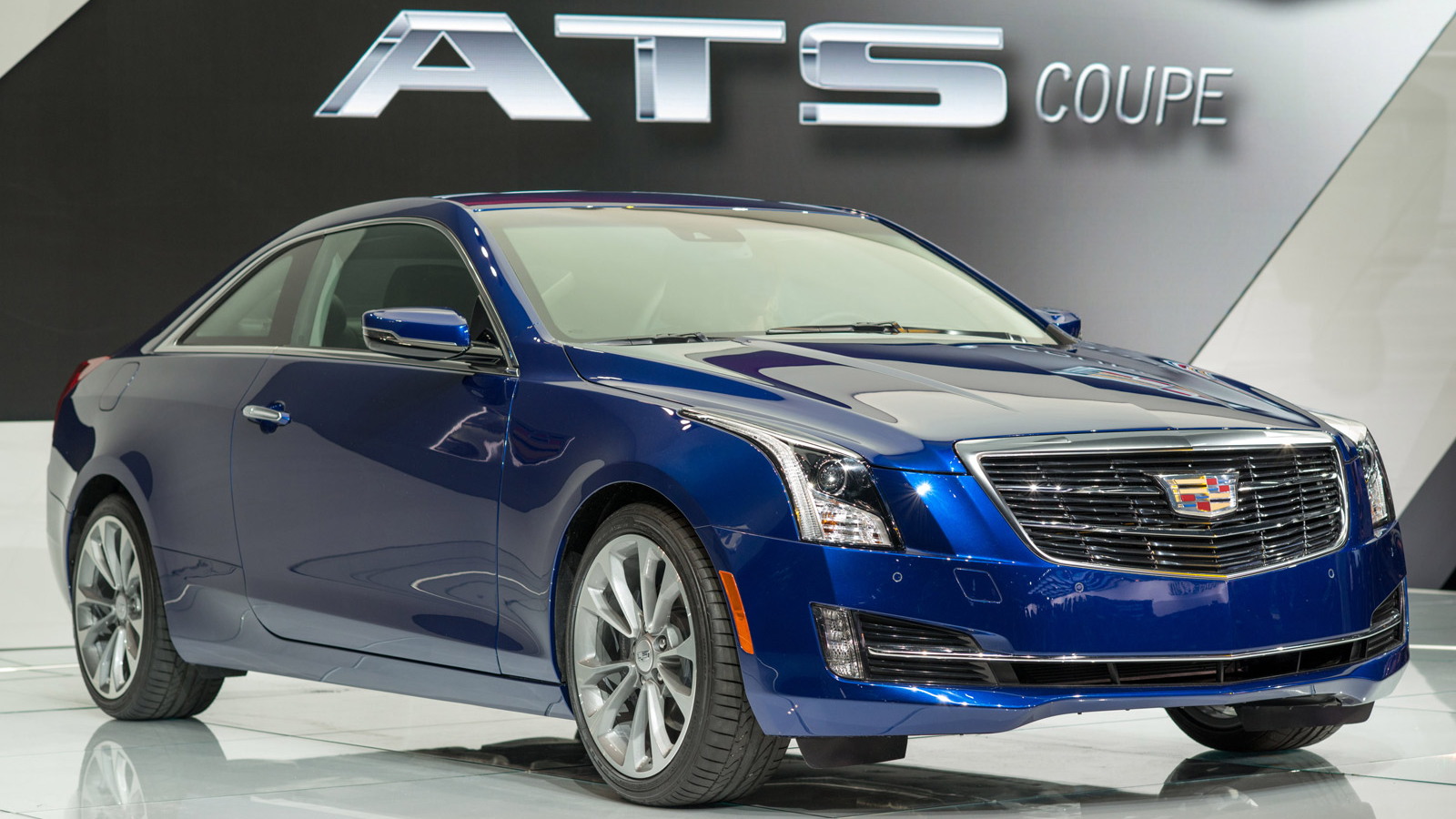 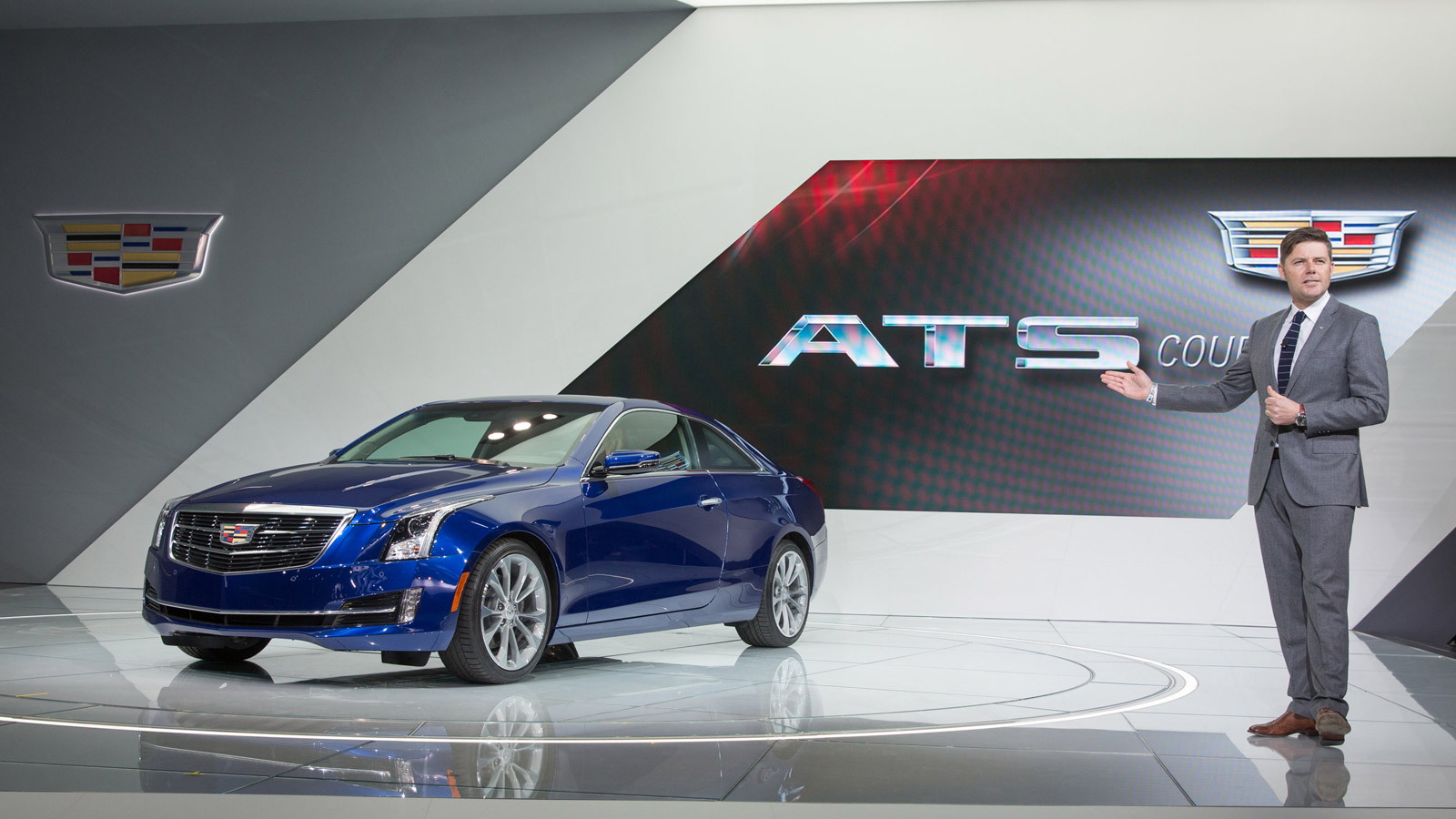 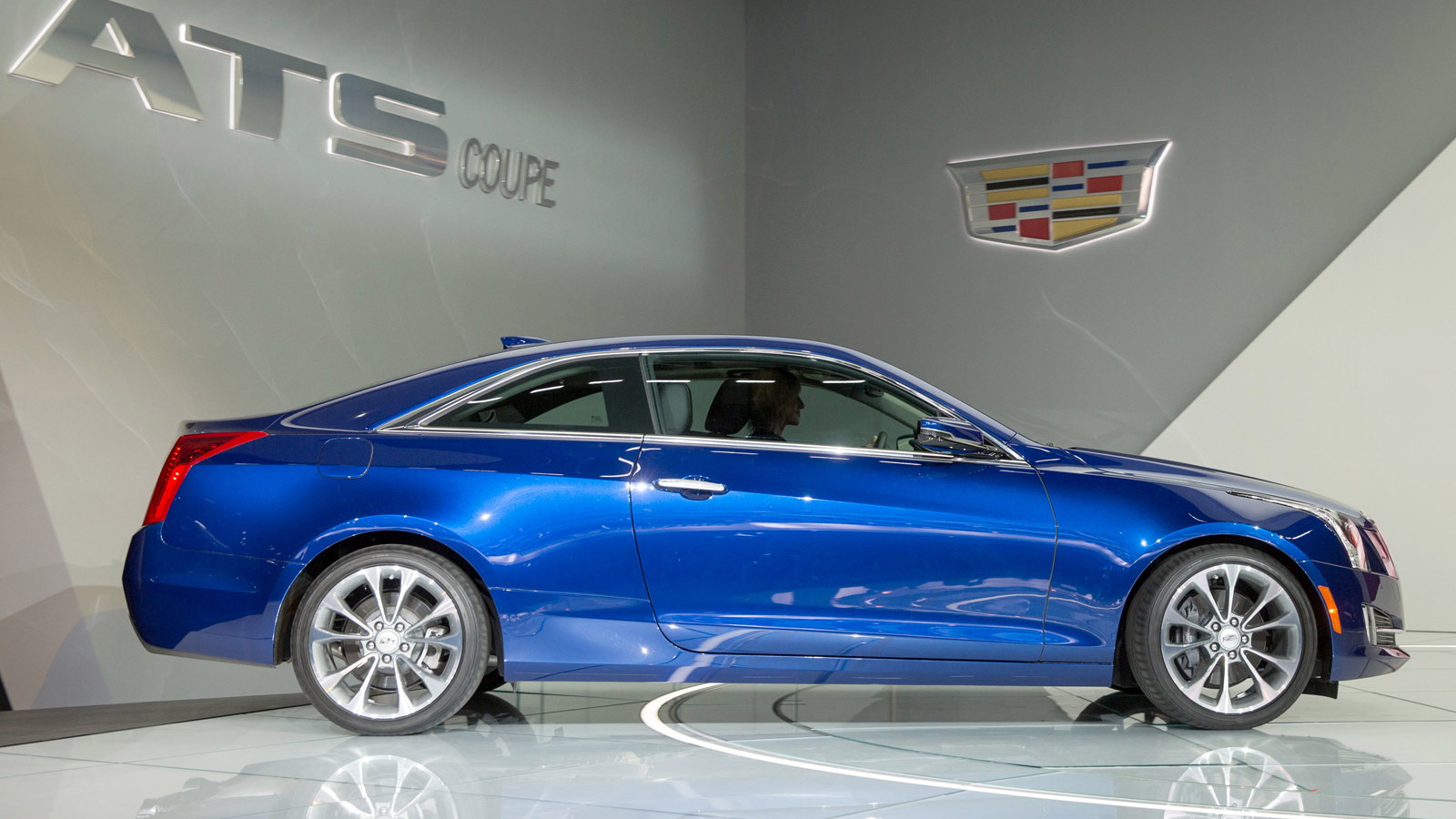 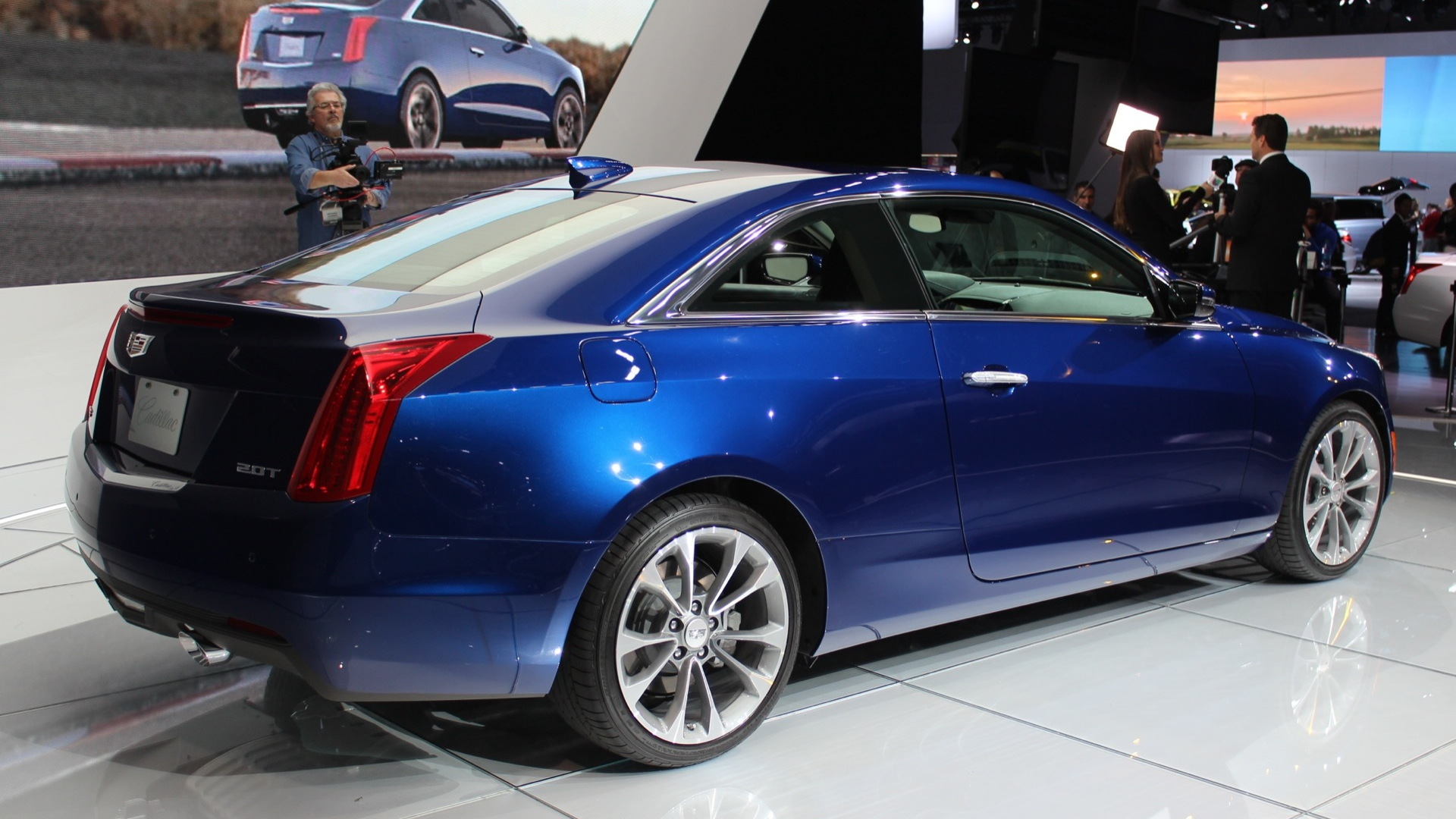 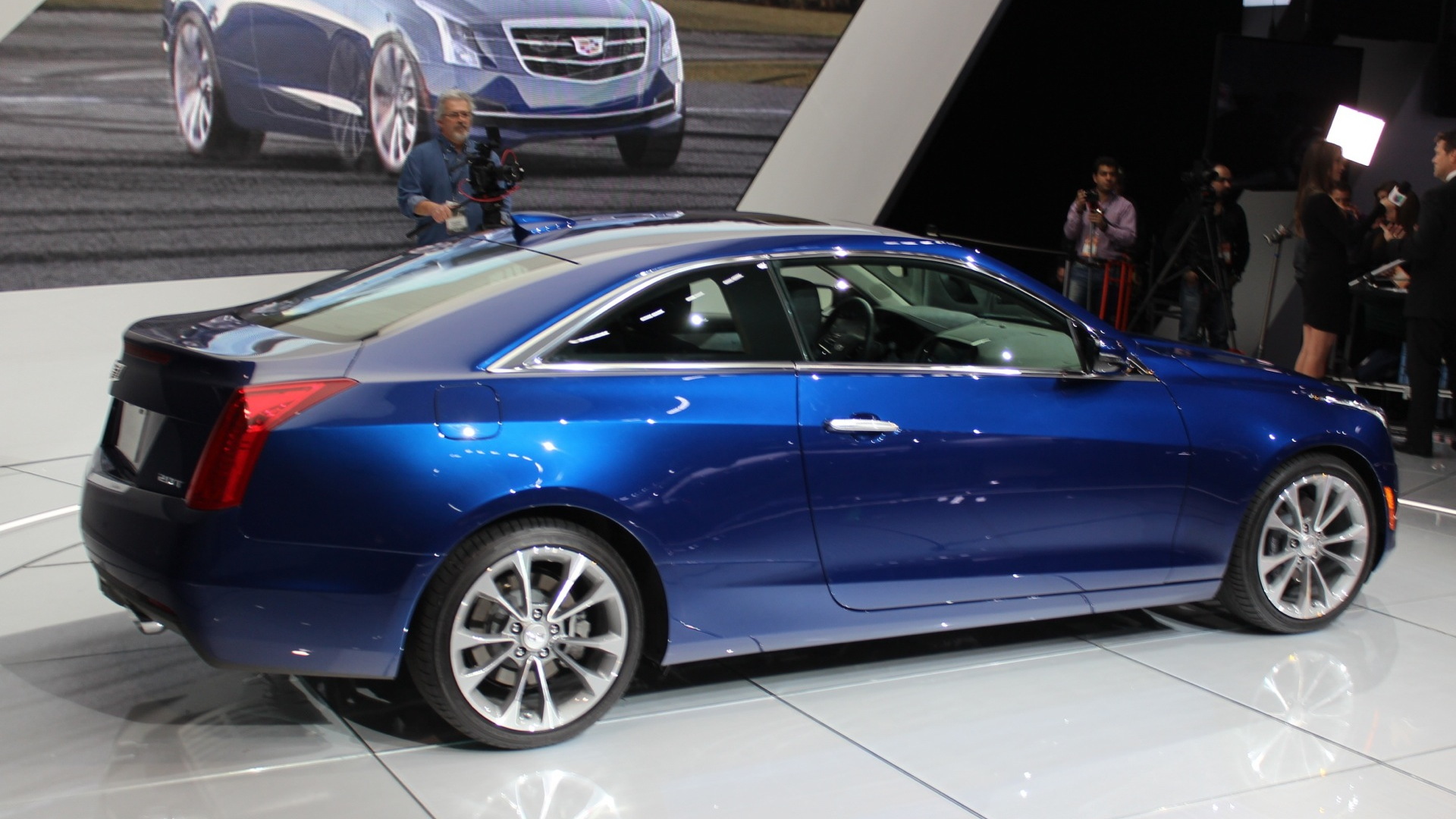 31
photos
Cadillac’s award-winning ATS sedan has spawned its first spinoff, a sultry coupe debuting this week at the 2014 Detroit Auto Show. The new two-door Cadillac, which targets the likes of the Mercedes-Benz C-Class Coupe and BMW 4-Series, goes on sale in the summer as the 2015 ATS Coupe.

In developing the ATS Coupe, the key goal of engineers was a car that would be lighter, more agile and more engaging than its competitors. Fortunately for them, they had Cadillac's lightweight Alpha rear-wheel-drive platform to build upon.

Like the ATS sedan, the ATS Coupe’s driving dynamics are rooted in mass efficiency. For example, the Alpha platform features many lightweight materials such as magnesium for the engine brackets and aluminum for the front end and instrument-panel beam. The curb weight comes in at 3,418 pounds, which is impressive for a modern luxury car, and the weight distribution is a near ideal 51:49 front-to-rear.

The ATS Coupe is wider than the sedan, which combined with its available FE3 sport suspension with magnetic ride control and a mechanical limited-slip differential, should prove a thrilling drive. At the moment, only 18-inch wheels are offered on the ATS Coupe but buyers can opt for Brembo brakes.

Another major goal for the engineers was segment-leading power-to-weight ratios. To achieve this, they installed some of the ATS sedan’s engines but upgraded their potency. Two models will be available at launch, one powered by a turbocharged 2.0-liter four-cylinder and the other getting a naturally-aspirated 3.6-liter V-6.

Buyers have the choice of either a six-speed manual or six-speed automatic transmission, and the option of all-wheel drive instead of standard rear-wheel drive.

Unlike Cadillac’s previous CTS Coupe and its latest ELR, the styling of the 2015 ATS may be considered somewhat predictable. However, it has an aggressive stance and a wide track, enhanced by short overhangs and sheet metal that wrap tautly around the wheels. It is also the first production model to wear Cadillac’s revised crest which does away with the laurel wreaths and was first shown last year on the Elmiraj concept car.

Inside, the styling is similar to that found in the ATS sedan. The car gets a handful of new technologies that will roll out across Cadillac's lineup for the 2015 model year. Some of these, either standard or available, include 4G LTE connectivity with a WiFi hotspot, the CUE interface with Siri Eyes Free, and a Bose stereo with 12 speakers.