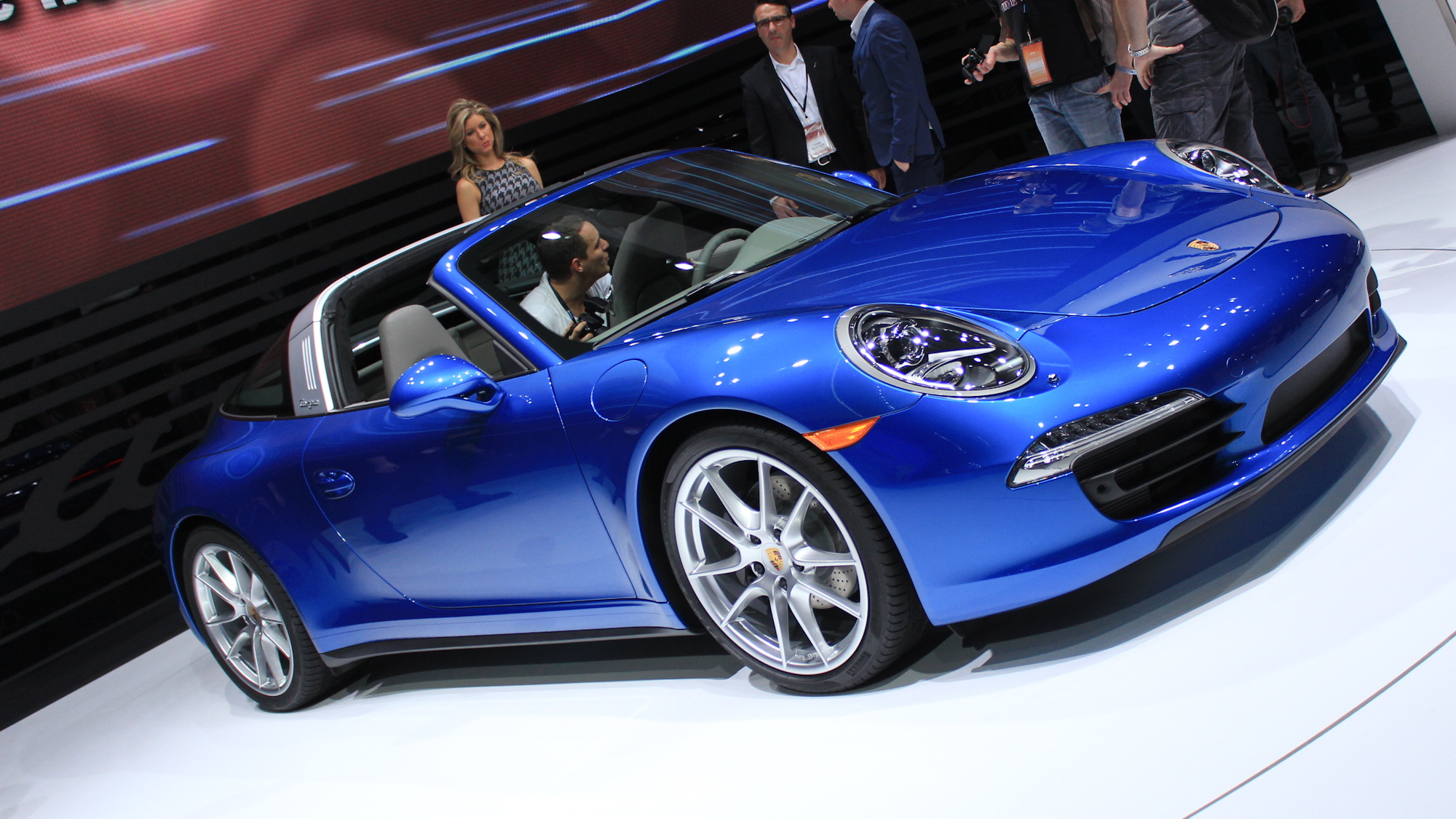 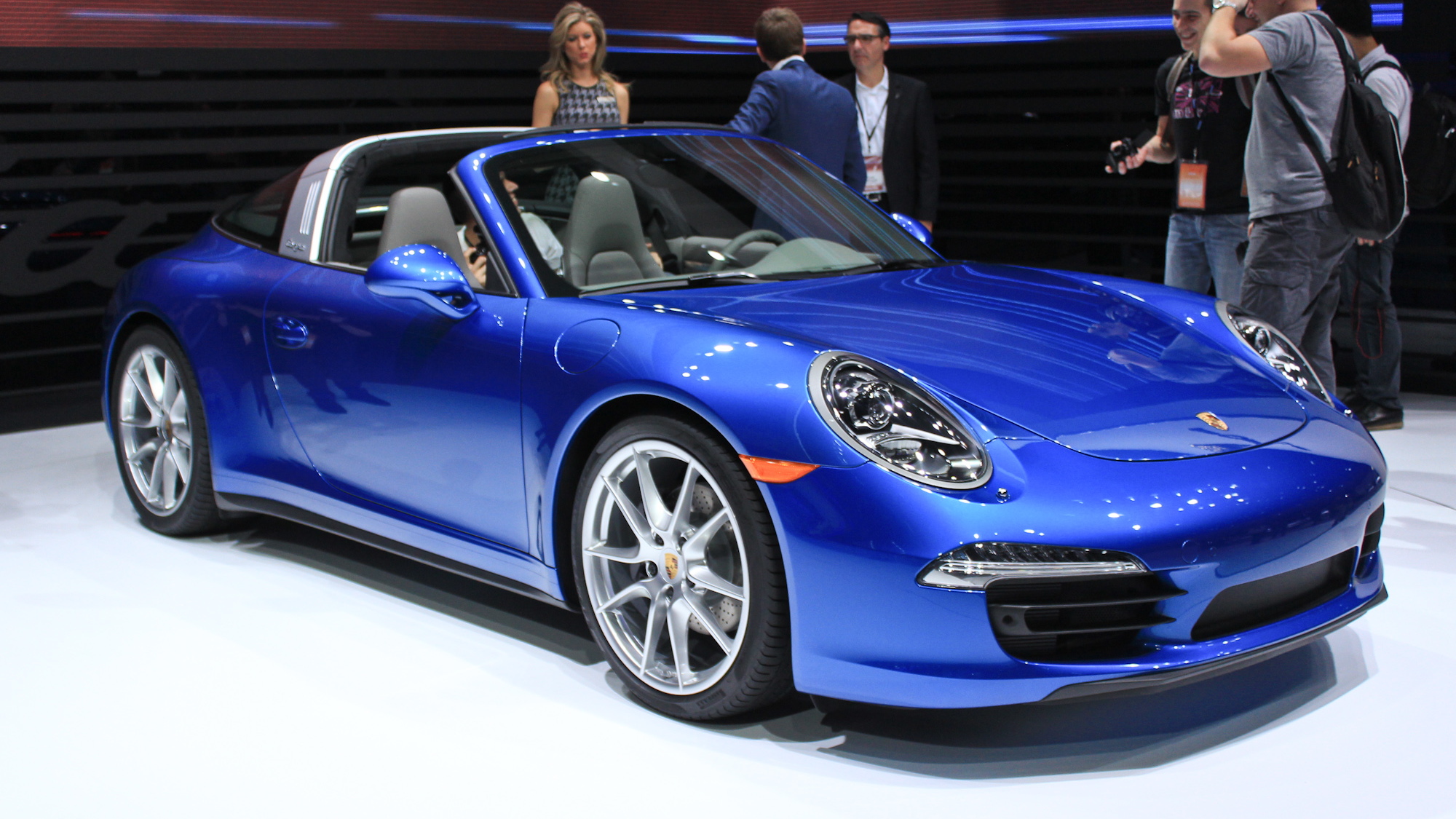 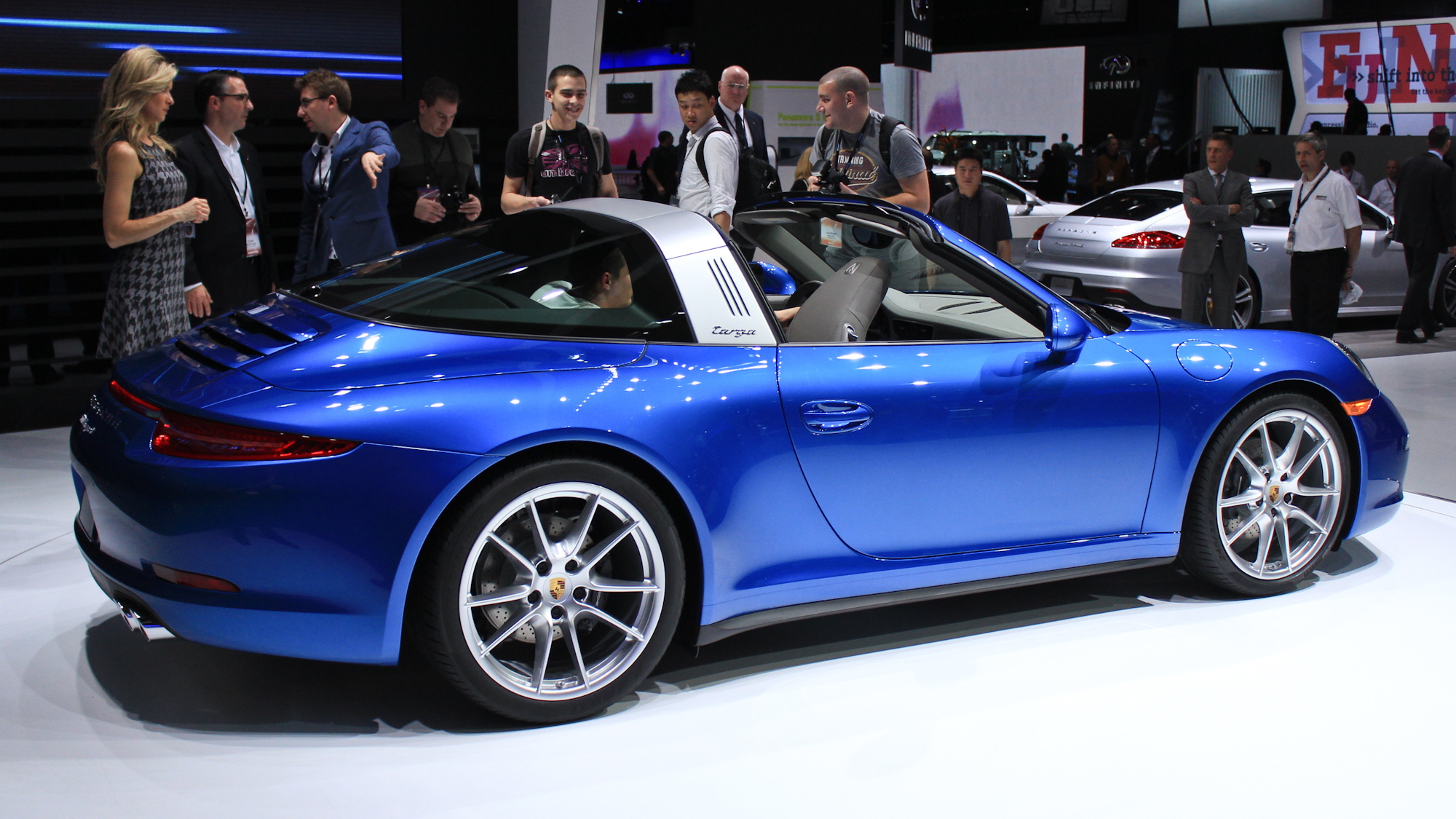 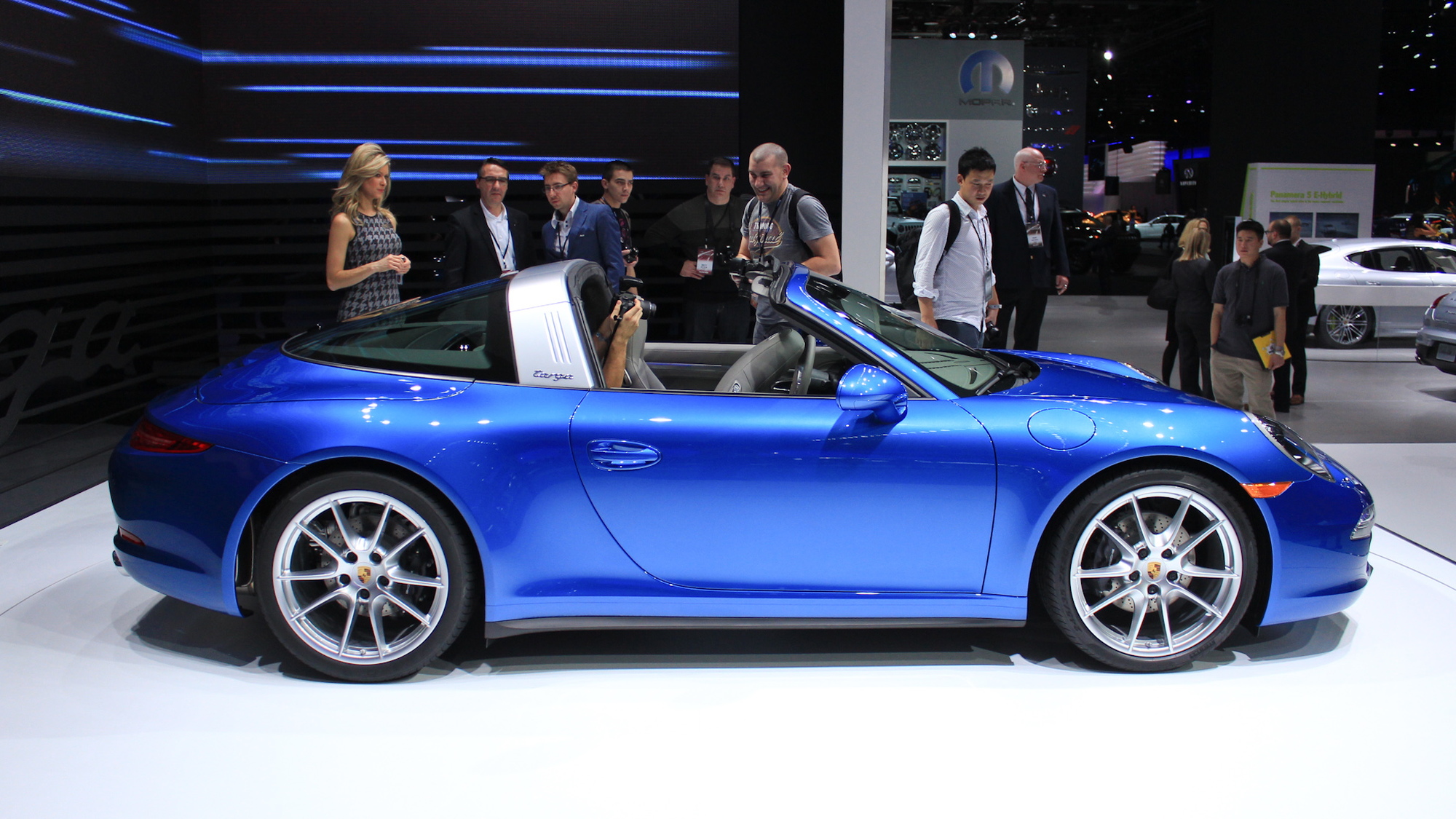 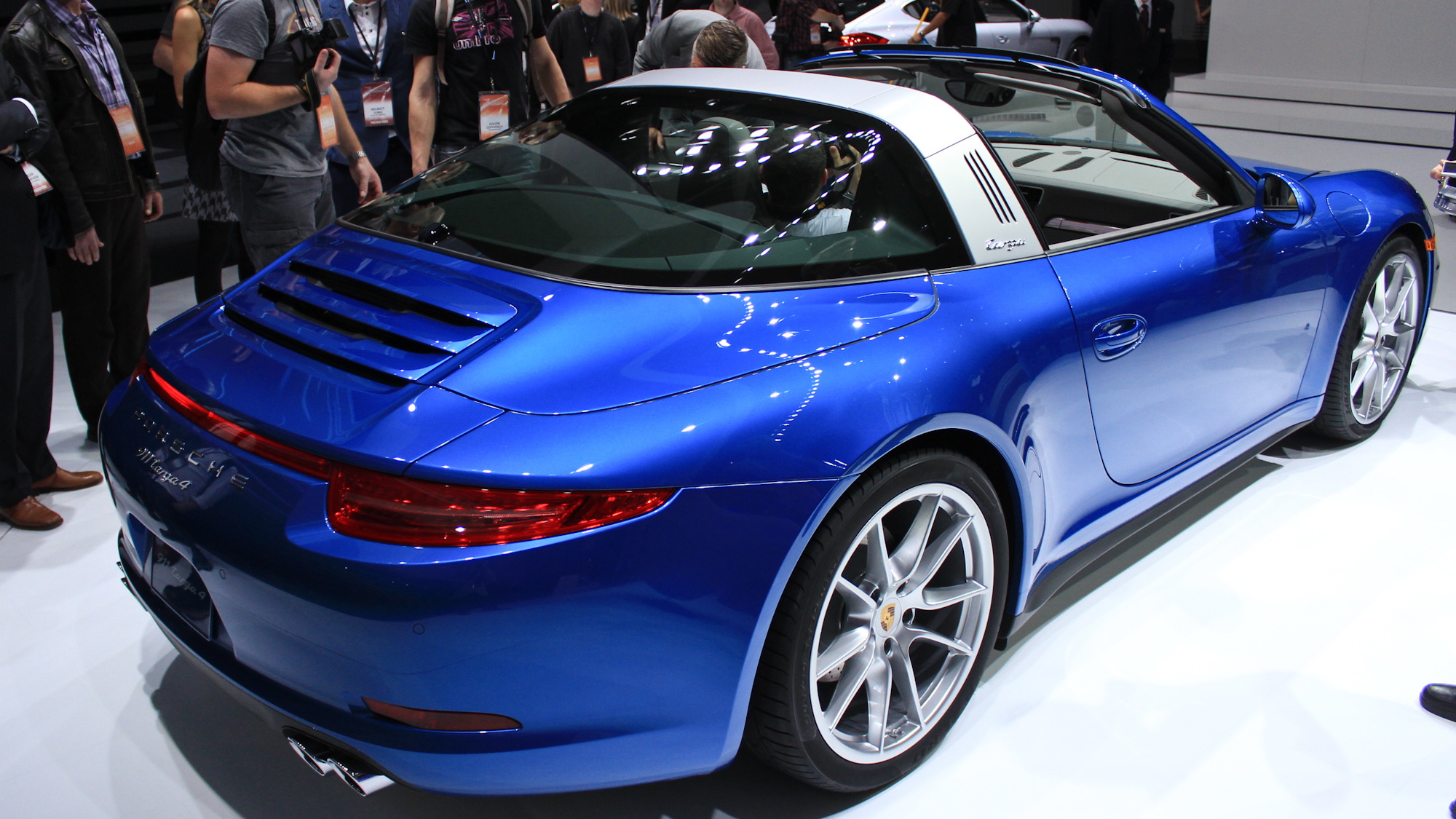 29
photos
Along with coupe and convertible variants, the half-way-house Targa model has long been a staple of the Porsche 911 range--since 1965 in fact, when the first "safety cabriolet" made its debut at that year's Frankfurt Auto Show.

The 2014 Detroit Auto Show marks the debut of the latest variant, the 2014 Porsche 911 Targa. Visually, the new Targa models tread familiar ground--combining the traditional 911 shape we know and love with a unique B-pillar design and wrap-around rear screen, a format common to several generations of the 911 Targa. At the press of a button, the roof's center section slides back and stows itself behind the rear seats, keeping the car's sleek lines intact and maintaining the utility so appreciated by 911 owners.

A soft top and glass rear window form each part of the mechanism. When in action, the window flips open and tilts, allowing the soft top to slide past and furl itself into a compartment behind the rear seats, at which point the window closes once again. The whole process takes 19 seconds and can only be done while stationary. Lightweight fabric and a magnesium frame ensure the mechanism doesn't add a great deal to the 911's mass.

Two Targa models will be available at launch, the 911 Targa 4 and Targa 4S. Those familiar with Porsche naming conventions will note that each is all-wheel drive only, and each features the wider track of the all-wheel-drive coupes and convertibles to accommodate the beefier drivetrain. Porsche Traction Management keeps the efforts of the two engines in check--the 350 horsepower, 3.4-liter Targa  4 and 400 horsepower, 3.8-liter 4S providing more than enough performance to trouble the tires.

The former reaches 60 mph in 4.6 seconds and tops out at a no-doubt blustery 175 mph, while the Targa 4S hits 60 in 4.2 seconds, on its way to 183 mph. Porsche's seven-speed PDK dual-clutch transmission is also available on each, aiding acceleration but shaving an unnoticeable 1 mph from the top speed of each. Chassis tuning specific to the Targa helps the 911 keep its composure in the turns, while Porsche Torque Vectoring and the optional performance-orientated Sport Chrono package also feature.

Interior changes are minimal, and aside from the extra breeze inside--minimized with a manually-operated wind deflector mounted on the windshield frame--only the black fabric roof, Alcantara-lined Targa bar and airy curved rear screen should give the game away as you're driving.

Keep up with all the latest car news from the 2014 Detroit Auto Show by visiting our dedicated hub.