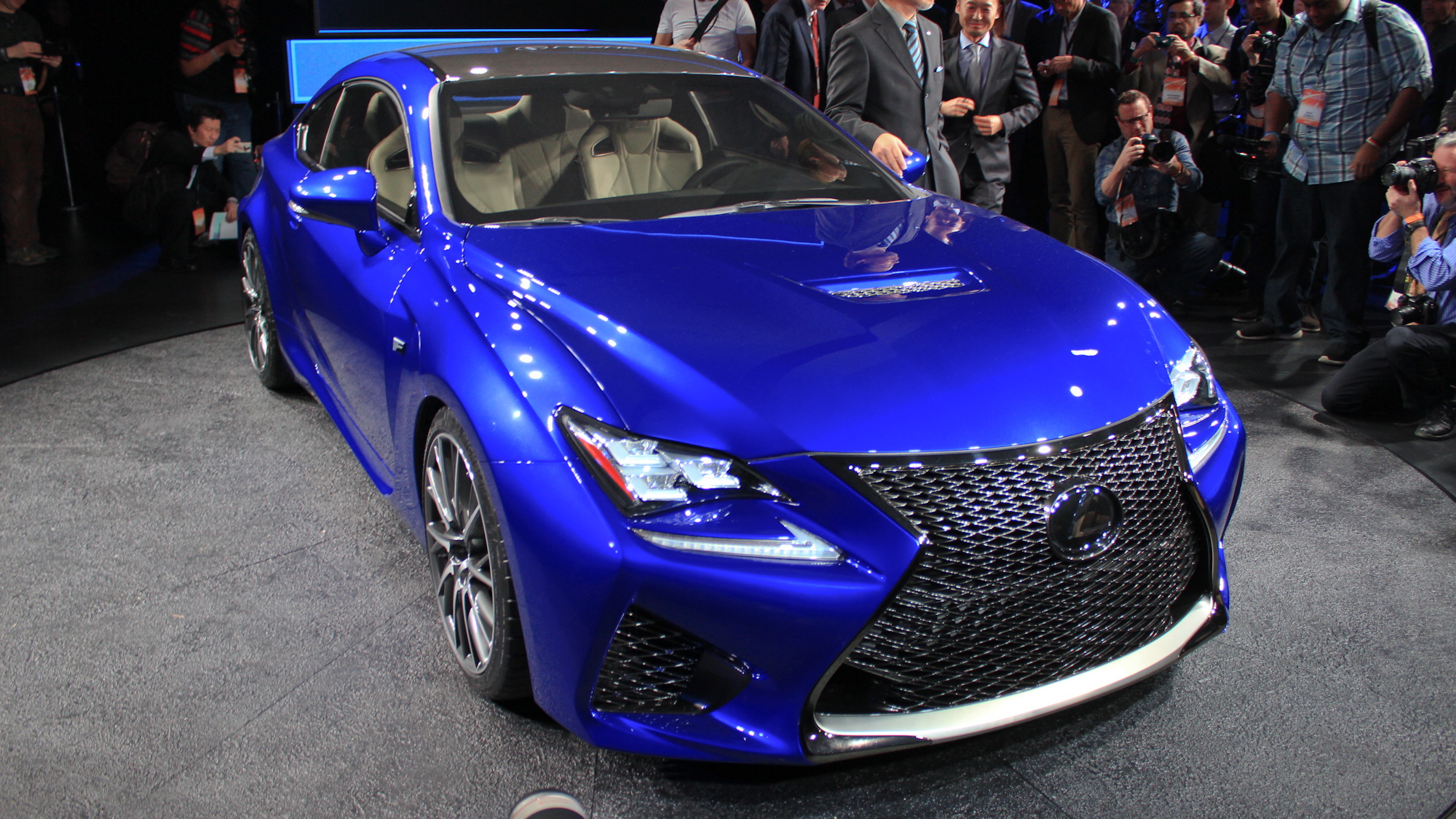 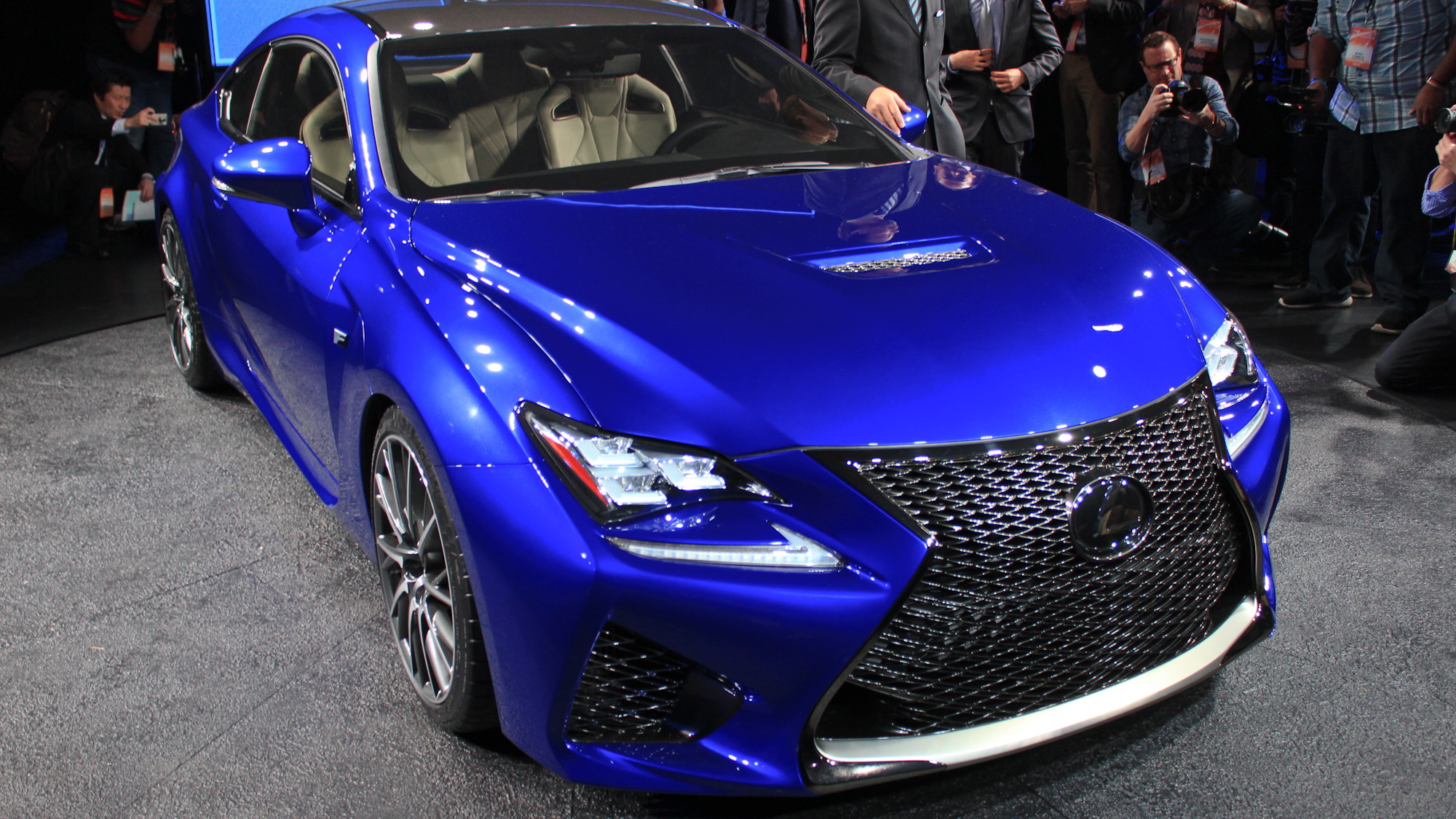 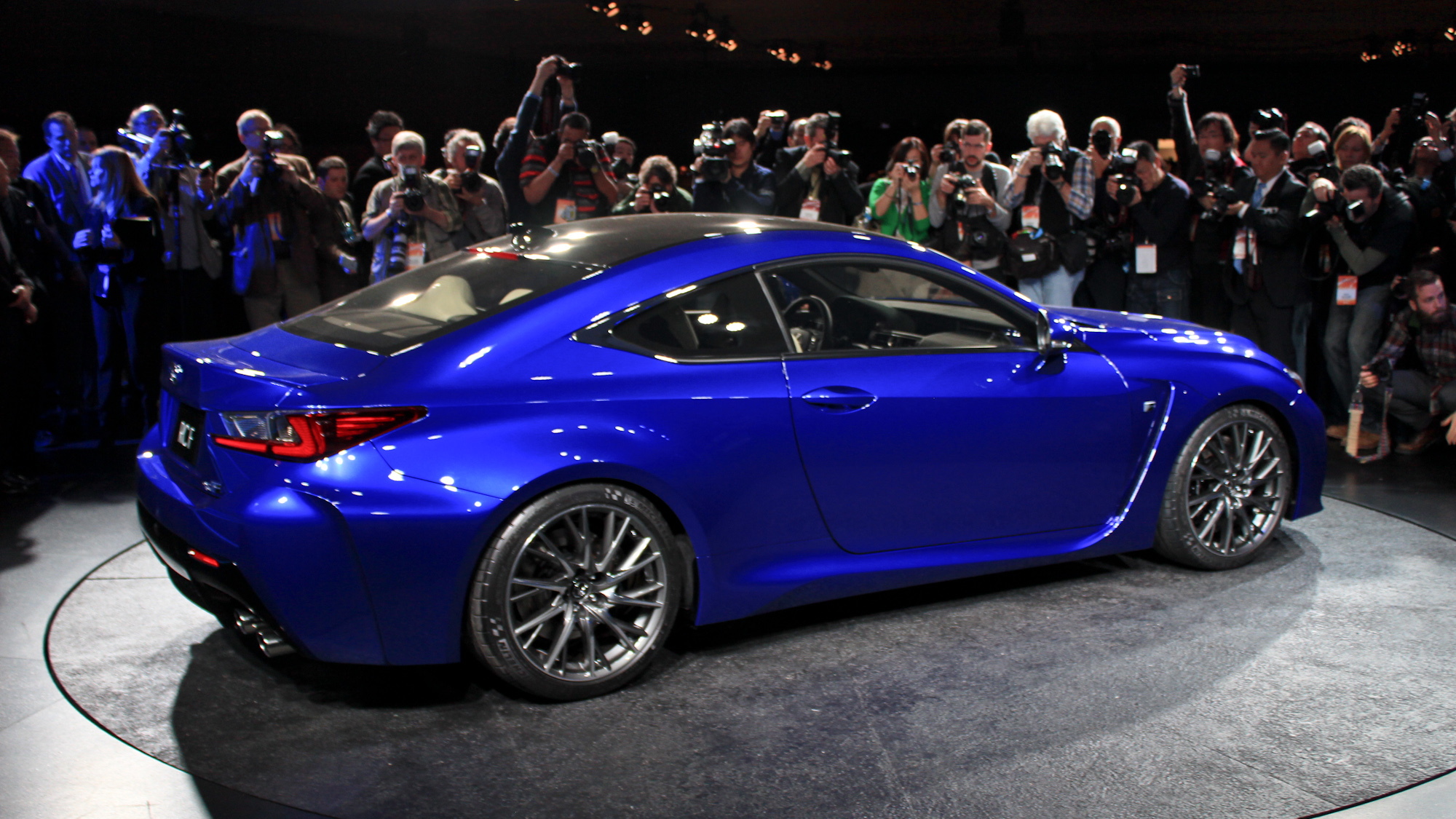 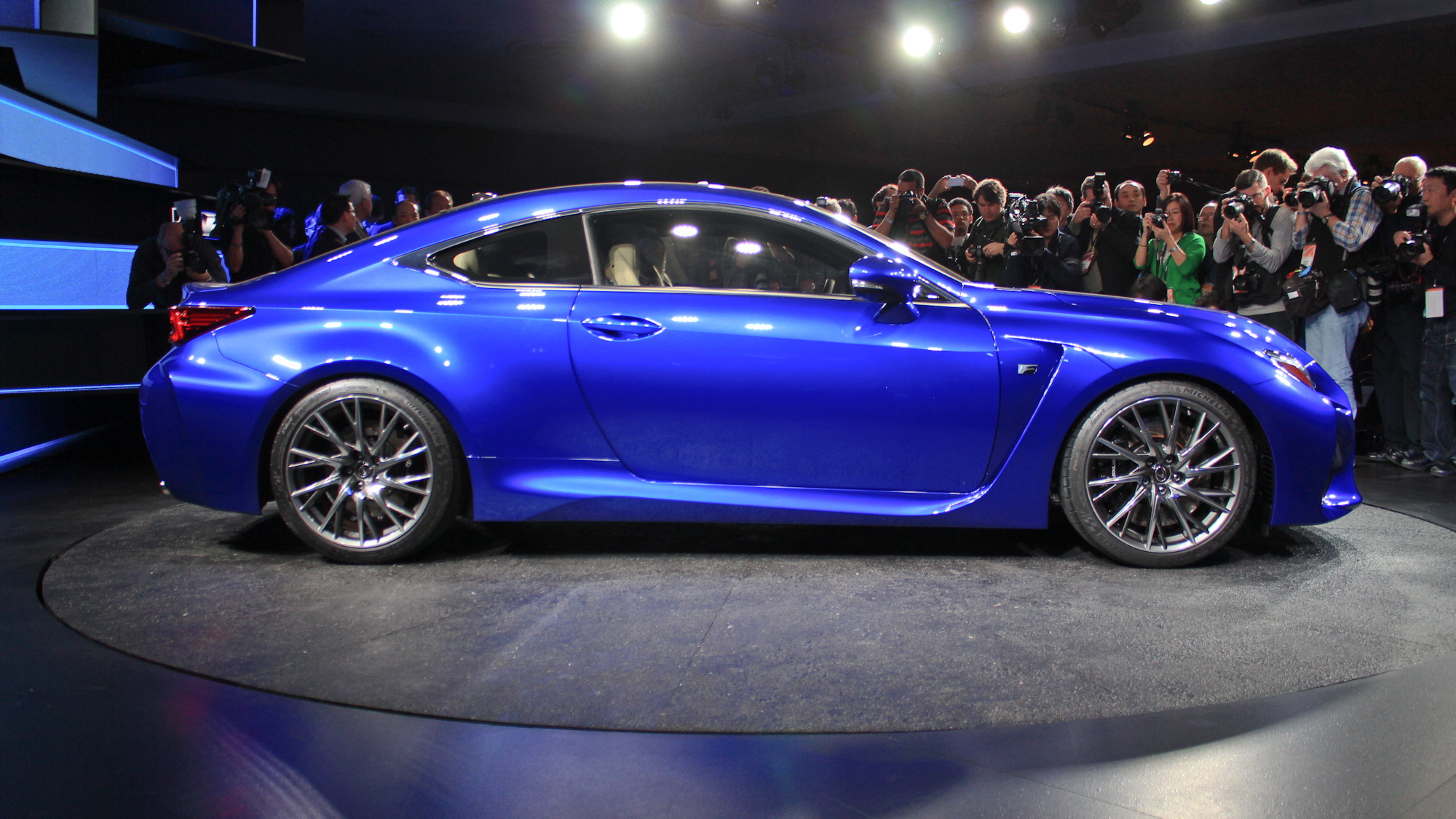 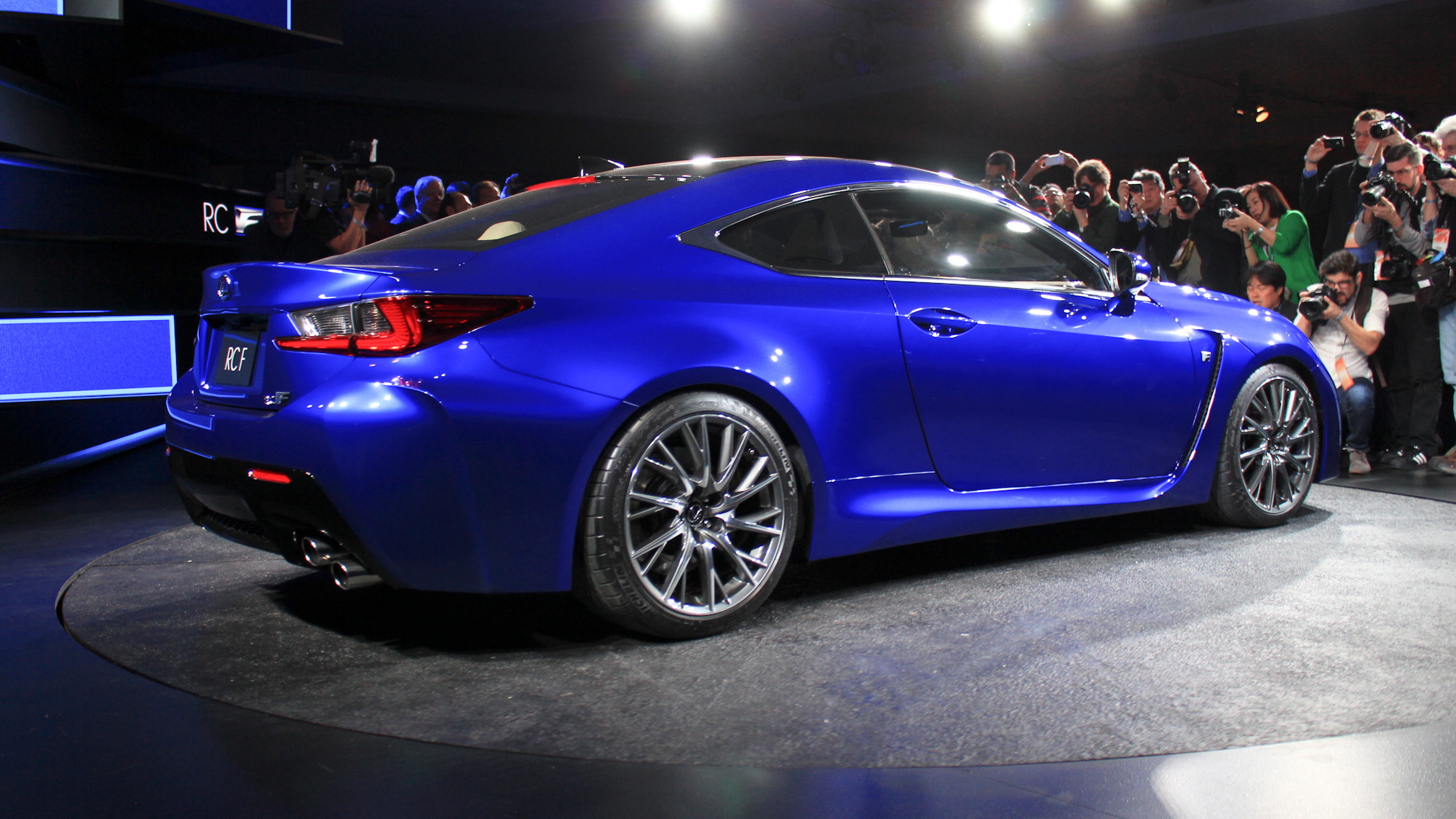 43
photos
The 2015 Lexus RC F Coupe is officially here, and it's a looker, to be sure. But does it have the chops to back up its sporty appearance? With Lexus’ most powerful V-8 engine under the hood, the answer is a resounding yes.

But we’ll get to the performance specs a little later, because the RC F is probably the best looking Lexus vehicles we’ve seen since the LFA. With perhaps the most aggressive implementation of Lexus' new spindle grille yet, the RC F's nose announces its presence from miles away. Sharp, angular lights and vents cast in curving, complex surfaces that wrap around to the flowing, aerodynamically sculpted fenders and sides.

In the handling department, the rear-wheel-drive RC F has front and rear coil-spring independent suspension, with monotube gas-filled shock absorbers and ball-jointed stabilizer bars. Unsprung weight is reduced by the adoption of 19-inch forged aluminum wheels available in three different styles. The RC F also uses a torque vectoring system, a first for a Lexus, and the brakes are from Brembo.

Powering the car is a 5.0-liter V-8 engine, tuned to deliver in excess of 450 horsepower and 383 pound-feet of torque. This is an evolved version of the engine in the outgoing IS F and uses the Atkinson cycle at cruising speeds for enhanced fuel economy and then switches to the Otto cycle at higher revs for greater performance. The engine is mated to an eight-speed automatic gearbox with paddle shifters.

Top speed has been electronically limited to 168 mph and the 0-60 mph time should be better than that of the outgoing IS F, which needed about 4.6 seconds to accomplish the feat. Inside, the new RC F Coupe is rather standard Lexus, though perked up a bit.

Looking quite a lot like the IS sedan's dash and console, the RC F's main cabin interfaces are straightforward, clean, and modern, if rather stark. At the least, it should prove familiar and easy to use--two things we're never opposed to in a car built for speed.

New for Lexus is an elliptical cross-section thick-grip steering wheel. This is joined by seats with a high back and constructed using an integrated foaming technique that creates a highly supportive and taut fitting seat with trim material that stays fixed. A digital gauge cluster alters according to whatever driving mode is selected and shows a speedometer, differential torque vectoring monitor, G-Force meter, oil and water temperature gauges, mileage information and a stopwatch.

For more from the 2014 Detroit Auto Show, click here.