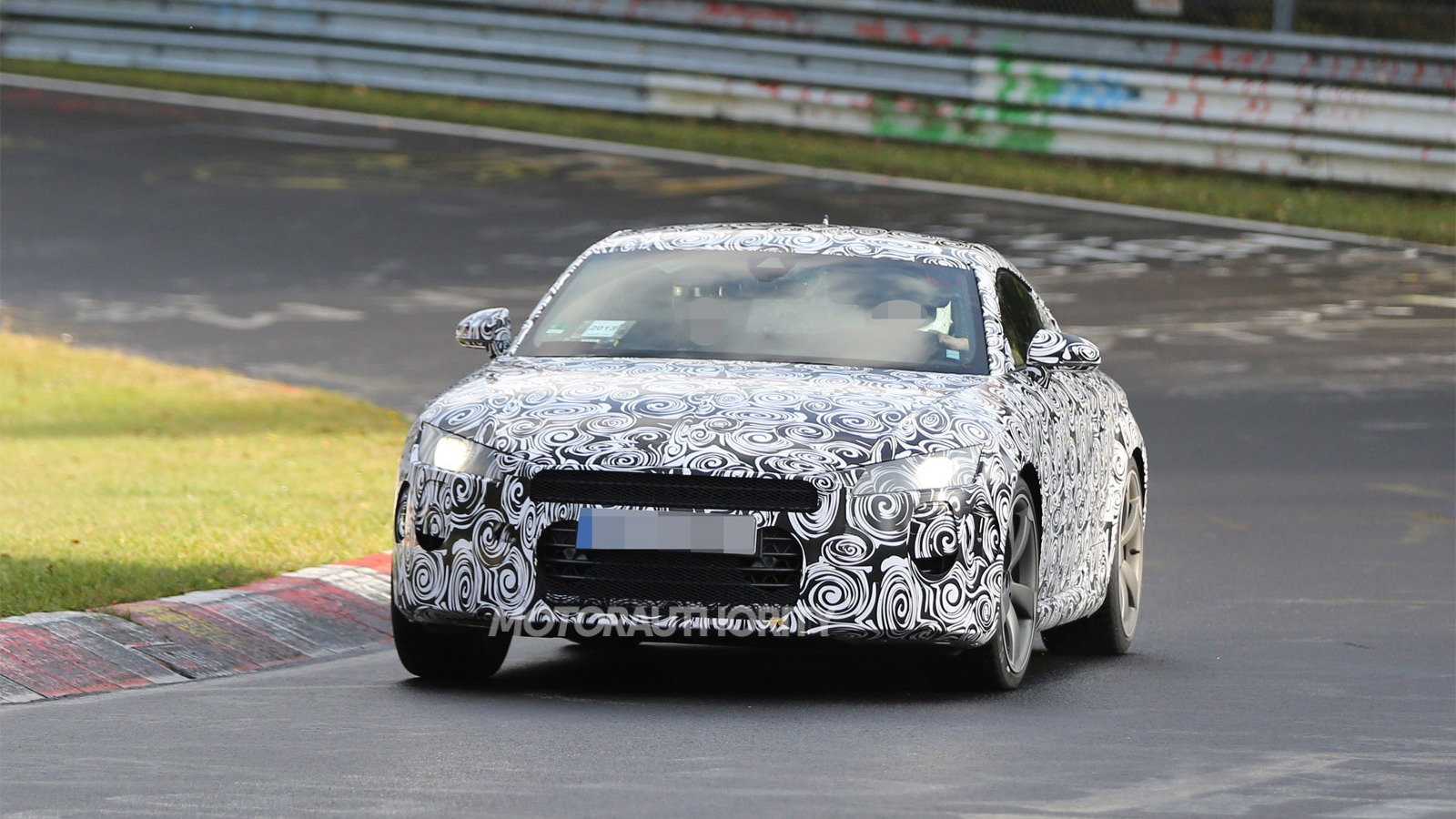 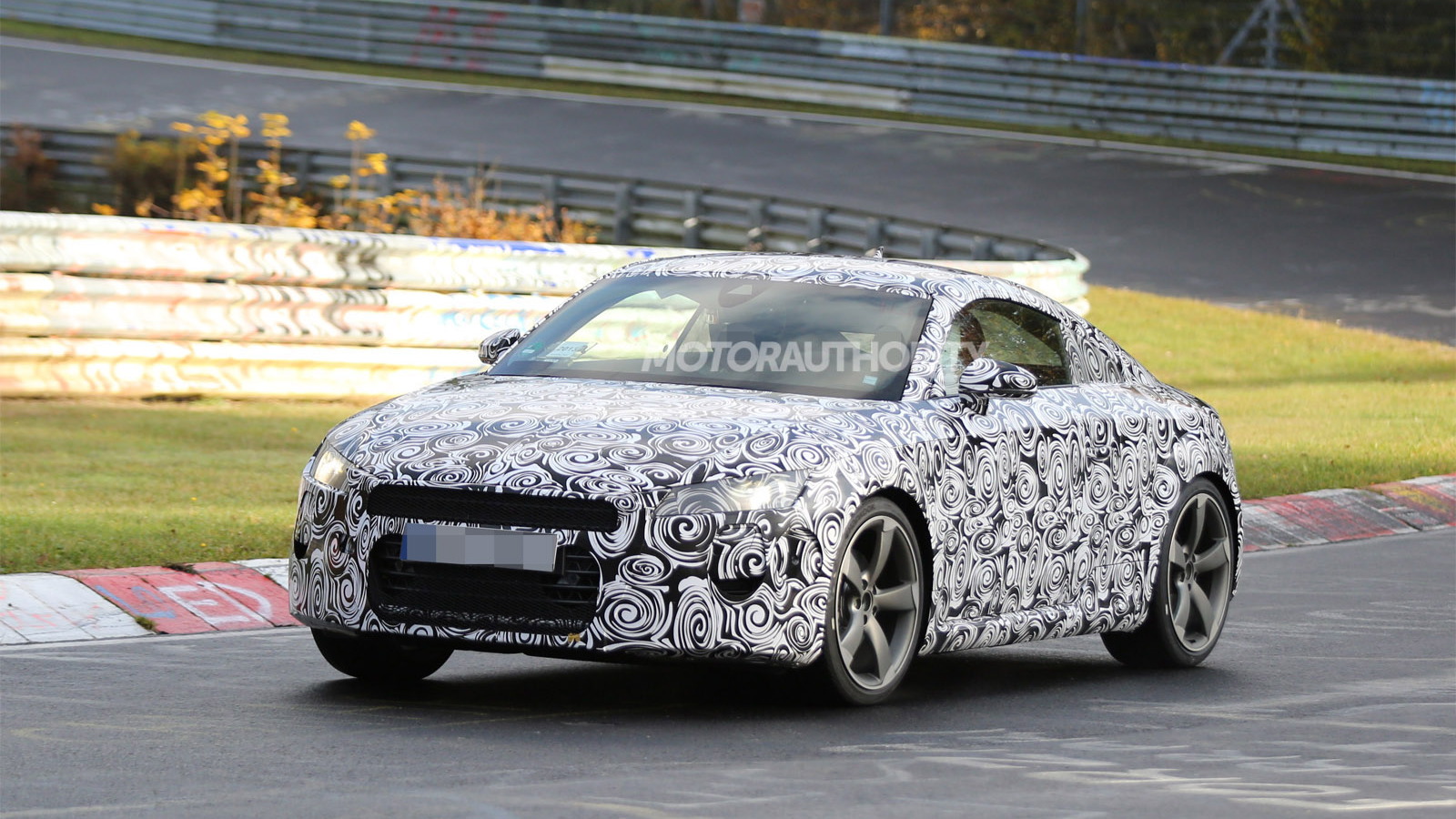 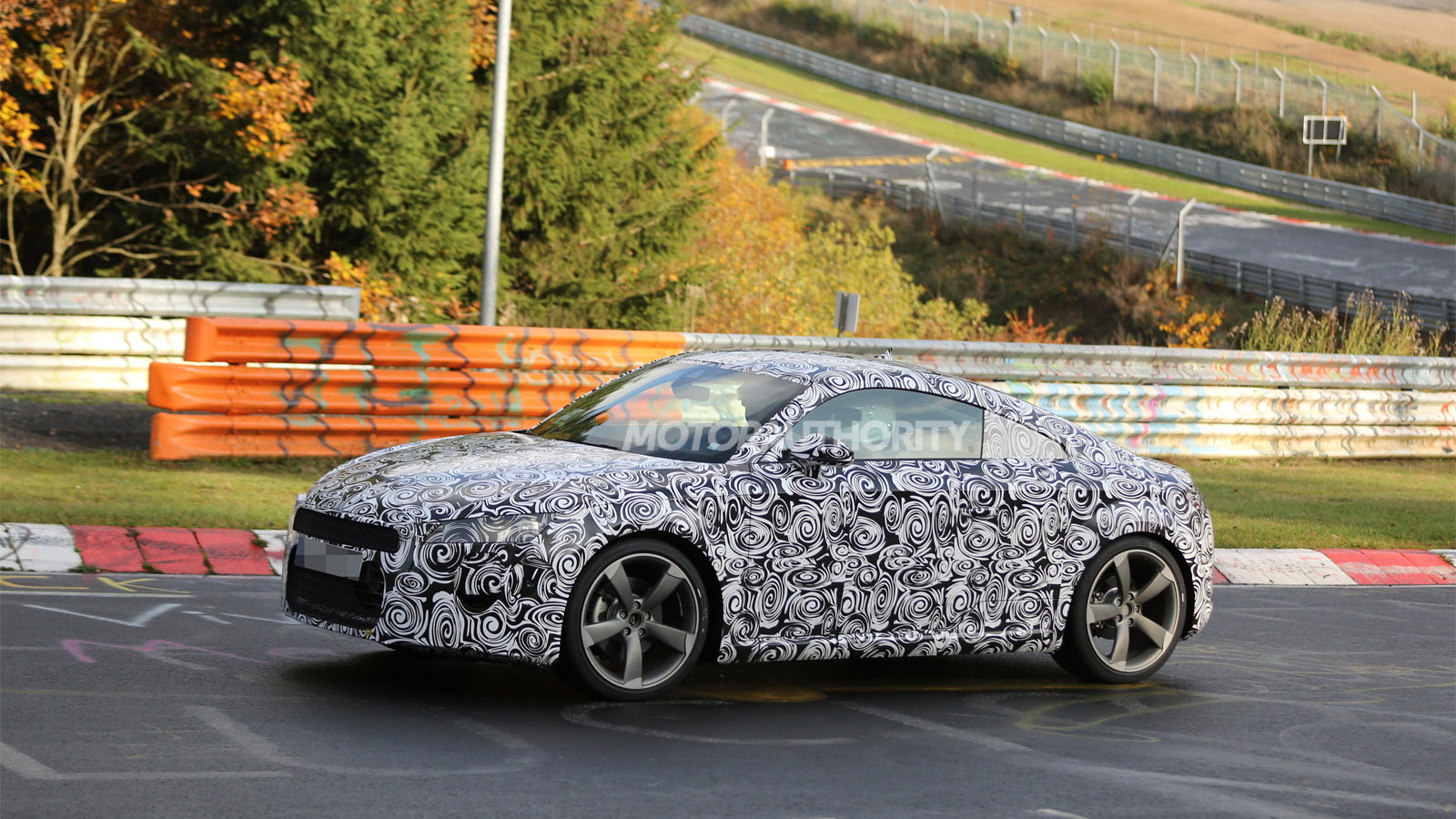 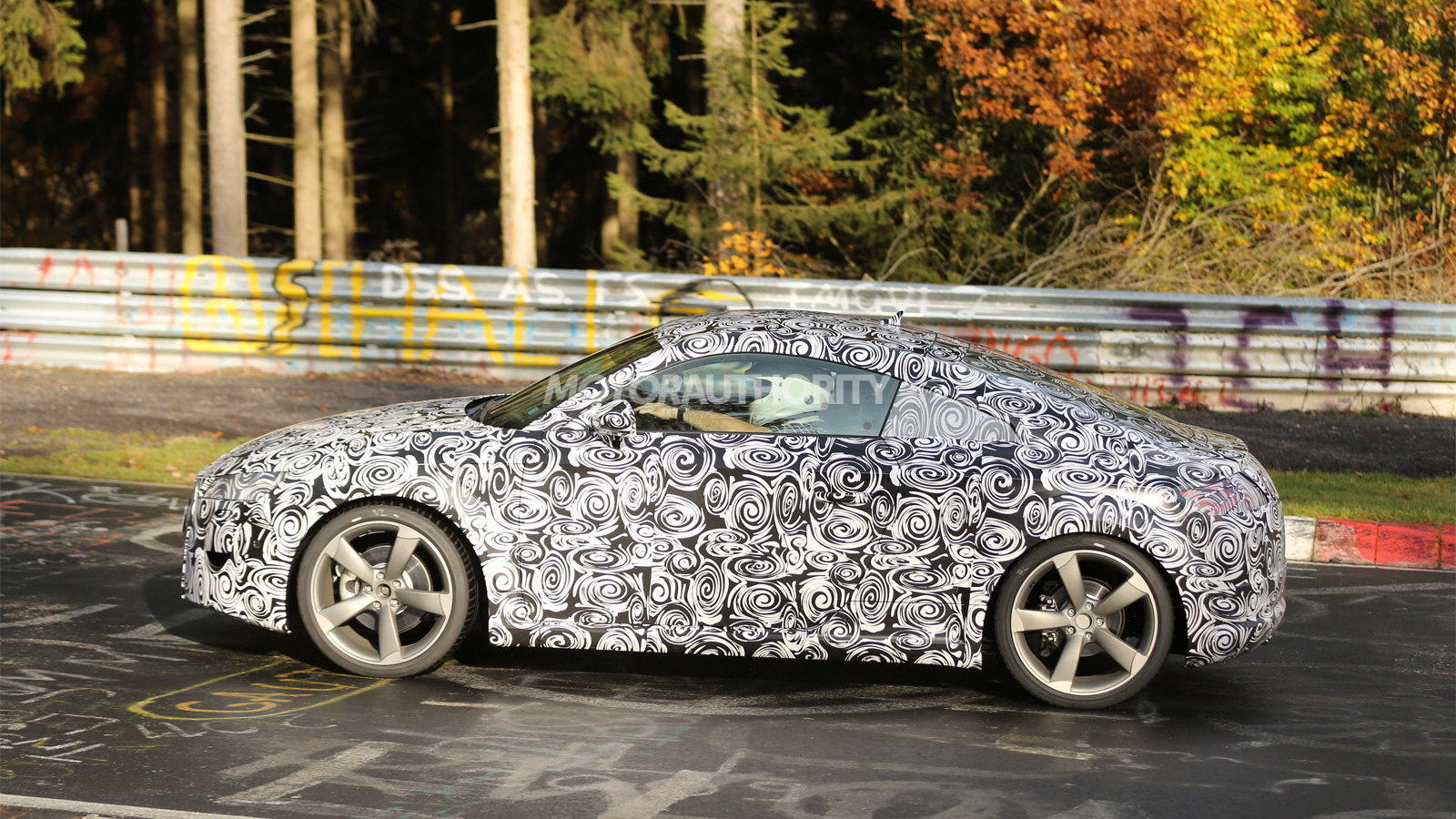 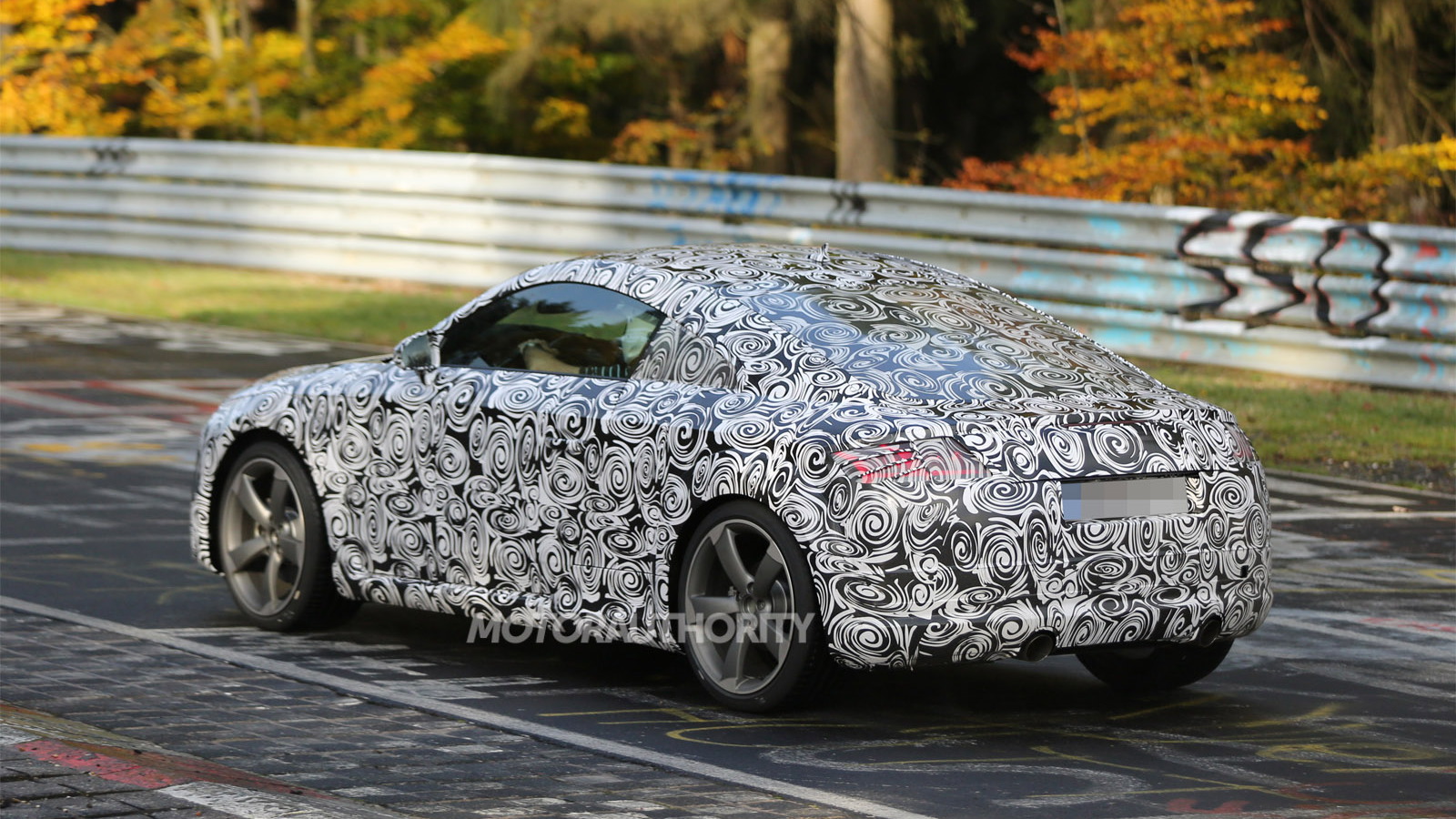 13
photos
A brand new generation of the Audi TT, the compact sports car’s third iteration in fact, is nearing the end of its development, with the new car on track for a debut at the 2014 Geneva Motor Show in March. We now have a spy video showing a prototype testing at the Nürburgring and on some of the German race track’s surrounding roads.

In terms of styling, we need only look to the Allroad Shooting Brake concept presented at the 2014 Detroit Auto Show earlier this month. It is essentially the new TT with a raised ride height and a shooting brake-style rear hatch. The interior, meanwhile, was presented during Audi’s tech preview at the 2014 Consumer Electronics Show, which also took place this month.

Underpinning the new TT is the Volkswagen Group’s flexible MQB platform; it’s likely to result in a lighter overall vehicle, which would yield benefits to performance and gas mileage. The lightest version of the current model tips the scales at around 2,800 pounds.

Note, we may even see the new TT spawn an extra-lightweight ‘ultra’ model using some of the construction techniques previewed on 2013’s TT ultra quattro concept.

Powering the new TT should continue to be a turbocharged 2.0-liter four-cylinder in the base model, this time delivering around 220 horsepower. A mid-level TTS should also be included, with this model likely to adopt the 296-horsepower turbo four featured in the upcoming 2015 S3.

Most interesting for performance fans is a possible return of the TT RS, which was discontinued from the current TT range for 2014. With up to 380 horsepower in its new form, the new TT RS could provide the most fun short of the R8 within the four-ringed brand.

As before, front-wheel drive will be standard in base models, with quattro all-wheel drive available across the range.

The current range of transmissions is also likely to carry forward, though perhaps with refinements to electronic controls and software in dual-clutch units.

The interior features a typically clean, conservative design from Audi that updates the TT's look to better blend in with its more recently updated four-ringed counterparts. One thing you’ll notice is the absence of a central display. Audi calls this design the "virtual cockpit," where most information is presented through a 12.3-inch display located behind the steering wheel.

Sales of the new TT should start near the end of the year, making it a 2015 model.