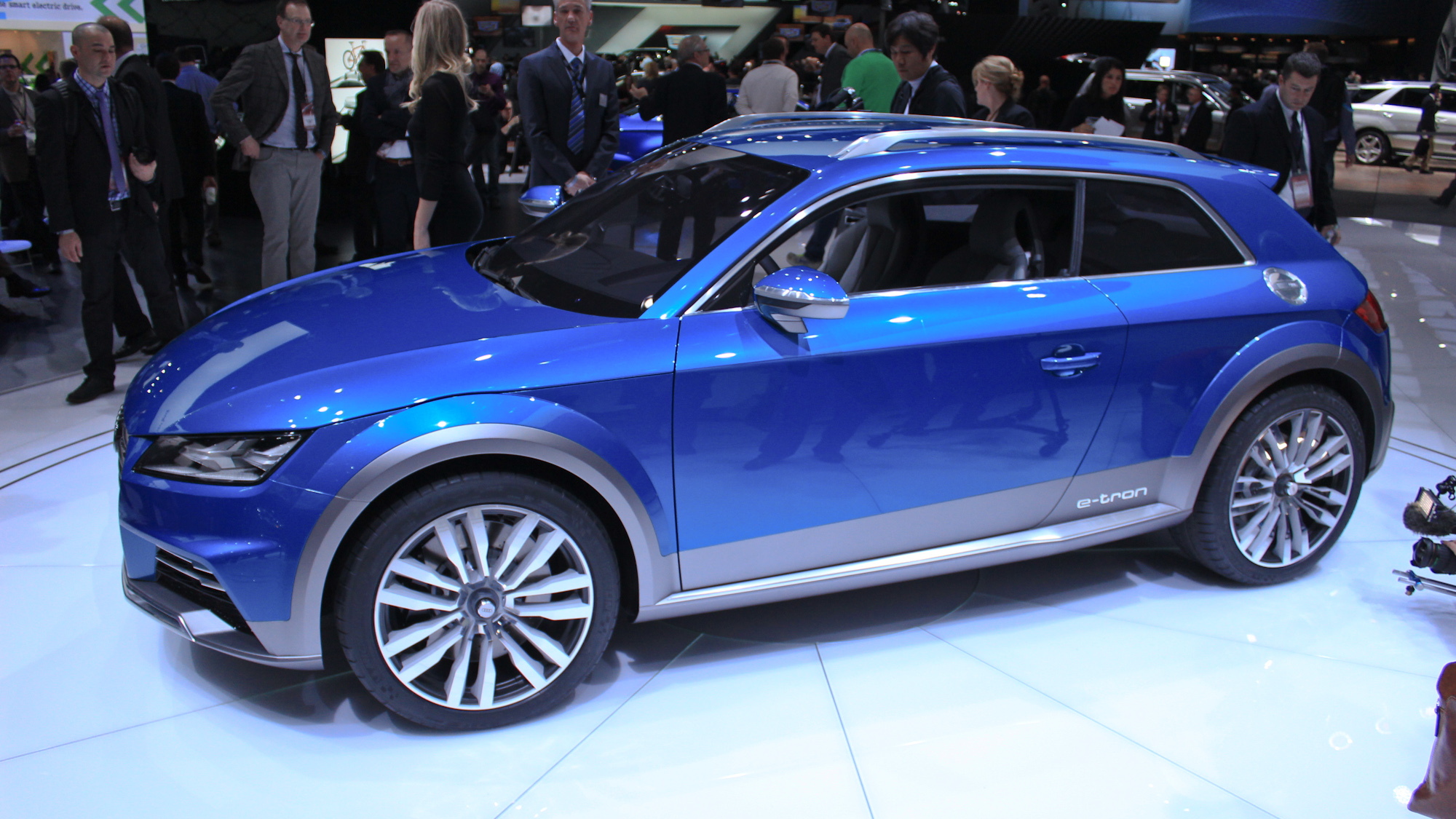 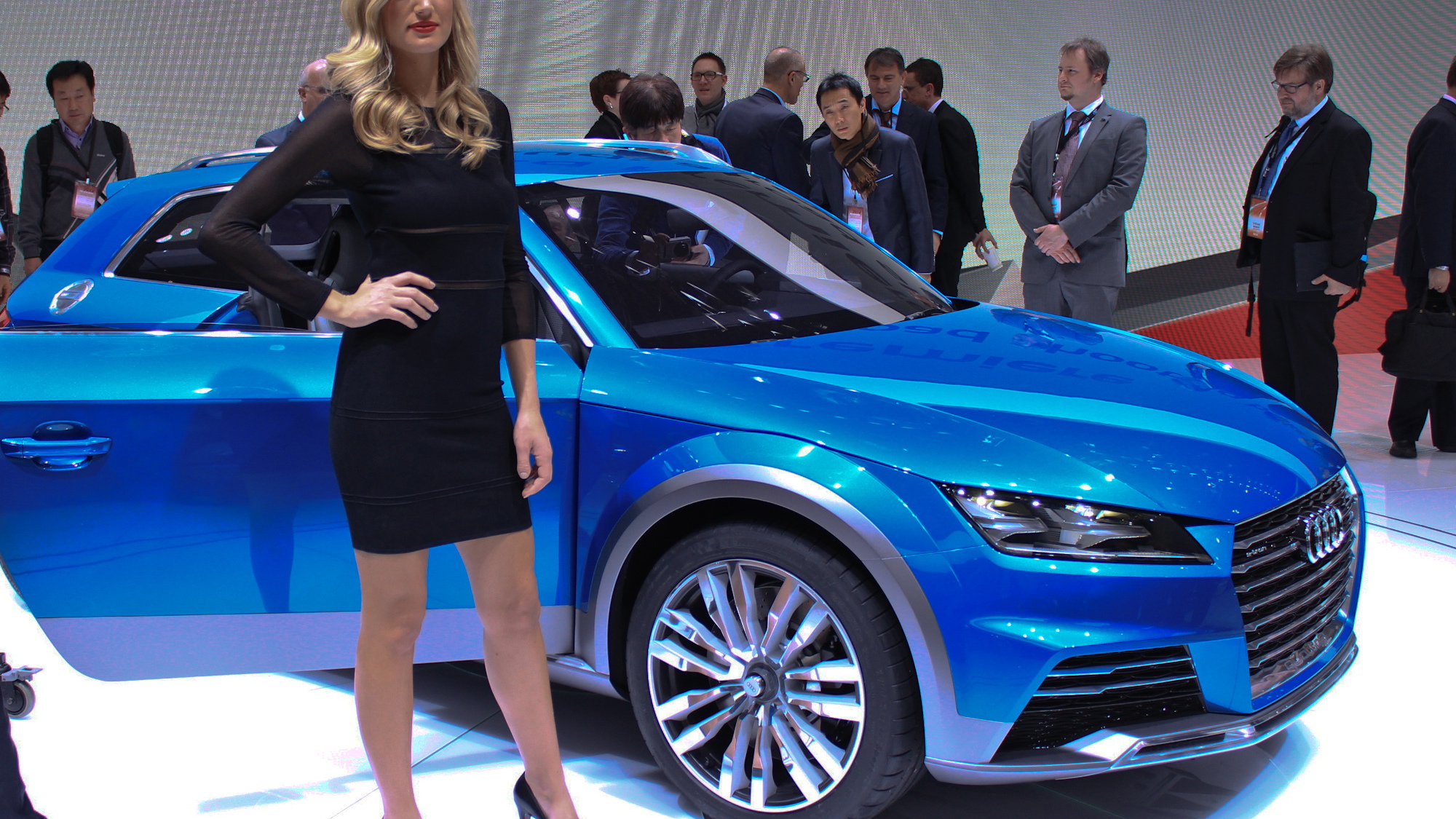 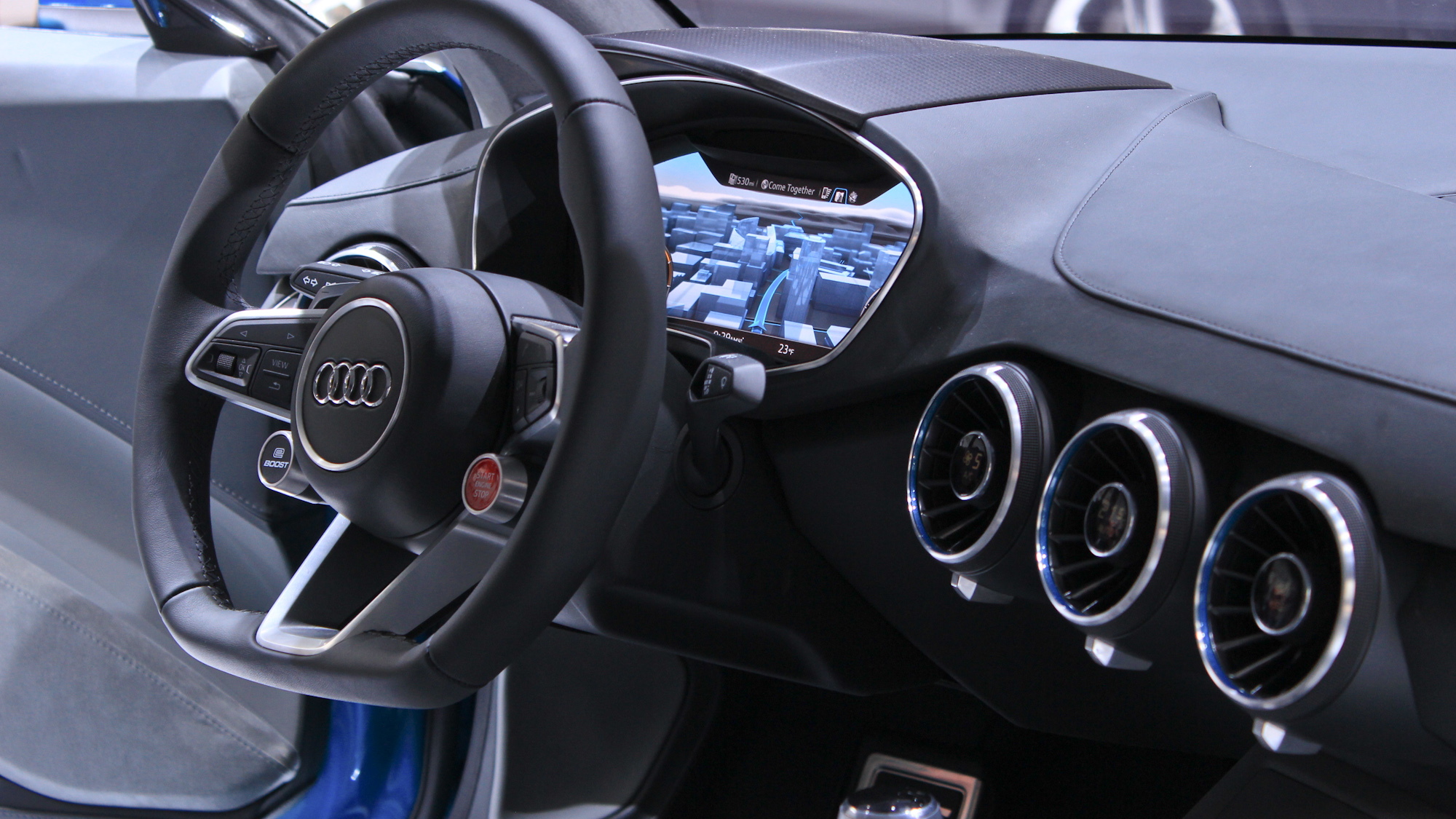 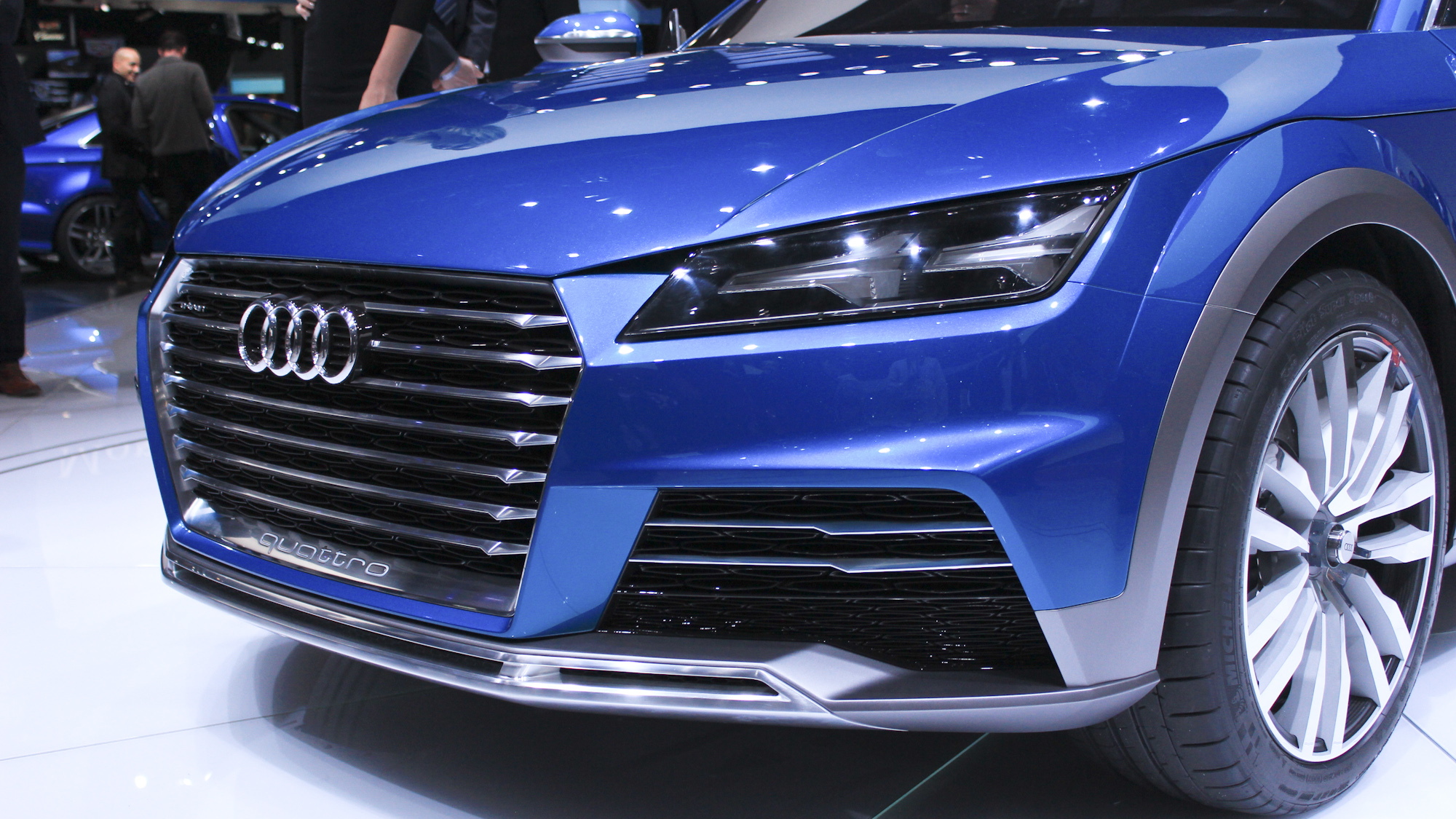 26
photos
We're in the thick of the action-packed new car festival that is the 2014 Detroit Auto Show, and even though muscle and sports car fans have probably fainted from the excitement, there's a lot of other interesting stuff going on, too. Case in point: the Audi Allroad Shooting Brake concept.

These live photos of the new Allroad Shooting Brake concept give us our first eyes-on look at the brand's new high-tech cockpit in a full installation. Previewed at CES, the new instrument-panel-only display and fresh design theme gave us a tantalizing hint of what to expect for the 2015 Audi TT. Now, it's been packaged into something that also blends the new TT's exterior styling with dashes of a potential Q1 crossover.

As previously announced, the Allroad Shooting Brake concept will be 13.78 feet long, and rides on 19-inch wheels. The full information reveals that the ASB is not just a pint-sized soft-roader, but an exhibition of some of Audi’s forward-looking hybrid technology as well—hence the e-tron badge.

Audi estimates the ASB can achieve as much as 123.8 mpg, a stunning figure for any car, let alone a crossover. While that figure would likely get knocked down a bit—or perhaps more than a bit—in real EPA testing, it’s still a moonshot for a tallish hatchback.

So how does the ASB get there? Through a hybrid drive system, of course. Pairing two electric motors, one for each end, with a 2.0-liter TFSI turbocharged four-cylinder engine, the hybrid drivetrain generates a gob-smacking total (given the gas mileage mentioned above) 408 total horsepower. The result: 4.6-second 0-60 mph times and a top speed that has to be electronically limited to 155 mph. Total range is 509 miles thanks to a tiny 4.11 gallon tank.

Lest you think Audi is cheating by using some super light, not-production-valid materials or methods, the company claims the show car weighs a fairly stout 3,527 pounds as it sits.

Combining power and efficiency, the ASB can run in EV mode, using electricity only, at speeds of up to 80.78 mph and for a range of 31 miles thanks to an 8.8-kWh battery pack. Hybrid mode drives as you’d expect, using both the gasoline engine and the electric motors together, including regenerative mode when decelerating. Sport mode unleashes the system to produce its maximum power, letting the motor on the rear axle engage fully to boost overall acceleration. A driver-selectable “Hold” or “Charge” function allows the engine to either maintain or increase the battery pack’s level of charge on the fly.

The ASB isn’t just about future hybrid drivetrain tech, though. It’s also about very near-future in-cabin tech. The interior, as noted, was previewed for the 2015 Audi TT at the Consumer Electronics Show last week; here, we see it fully implemented. The new driver-centric 12.3-inch instrument panel multifunction display frees up design of the center stack and dashboard, while also tying into a redesigned MMI interface terminal. The new MMI control interface sits right under the driver’s hand in the center console, next to the e-S tronic (shift-by-wire) gear selector.