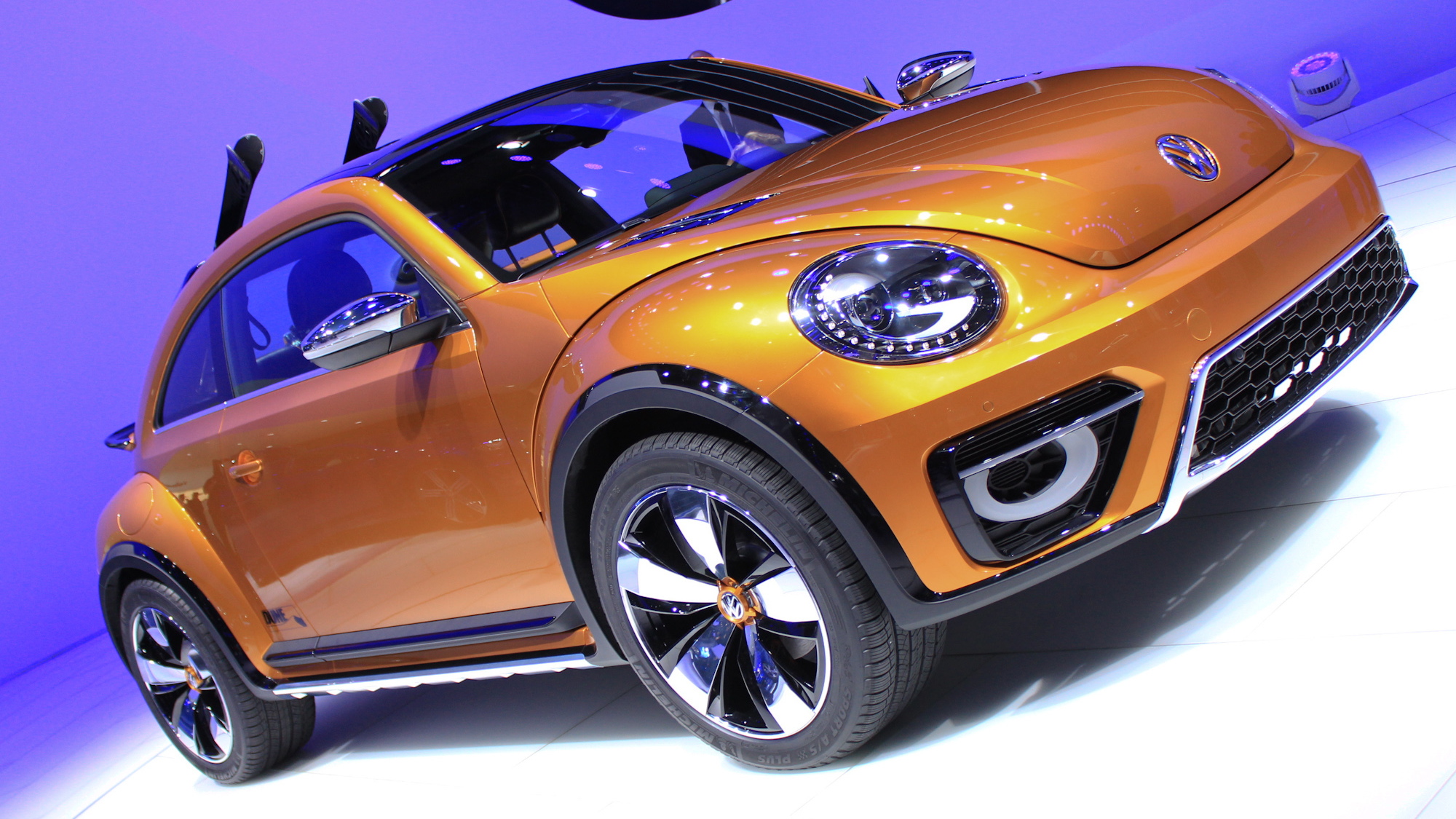 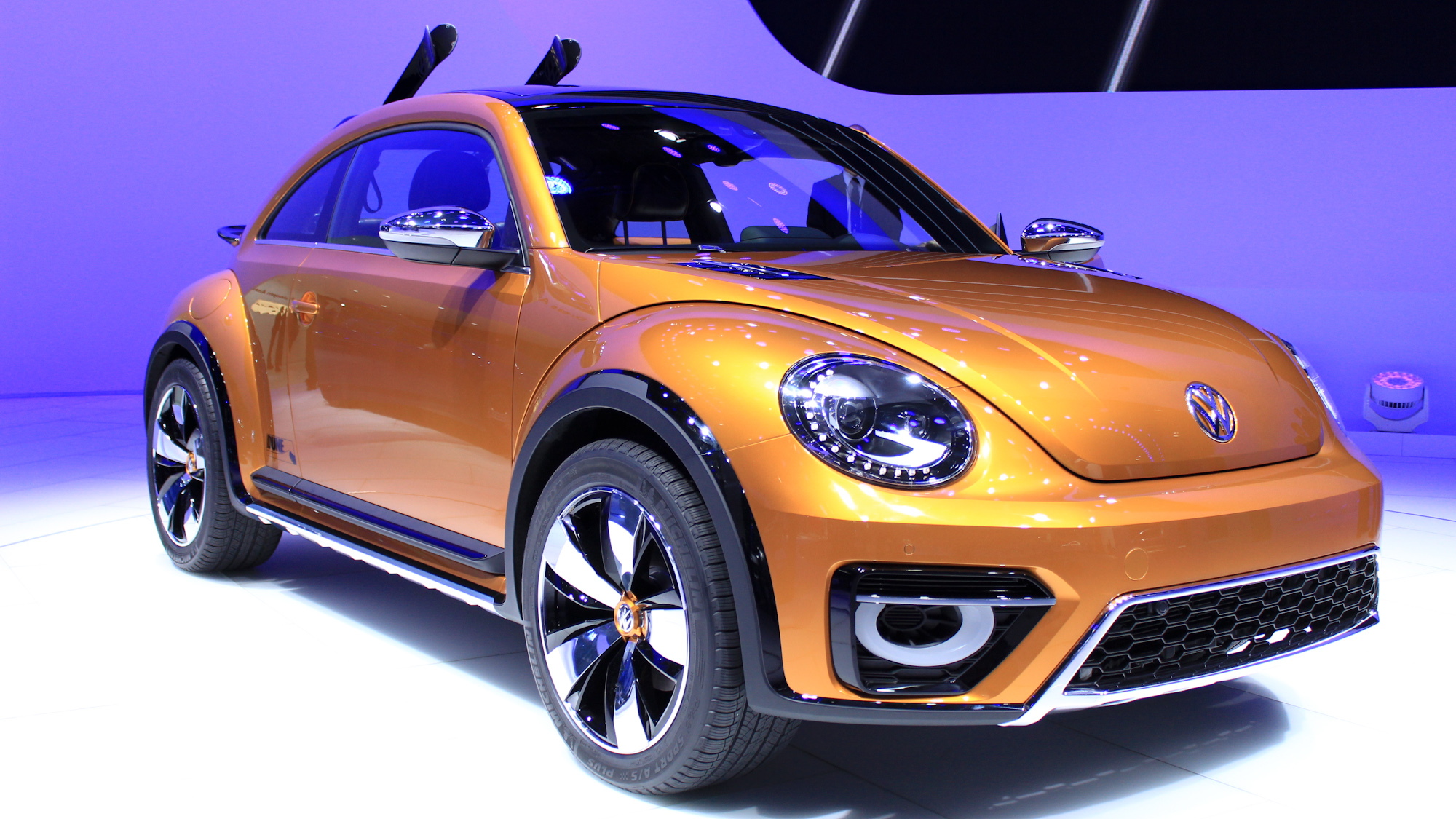 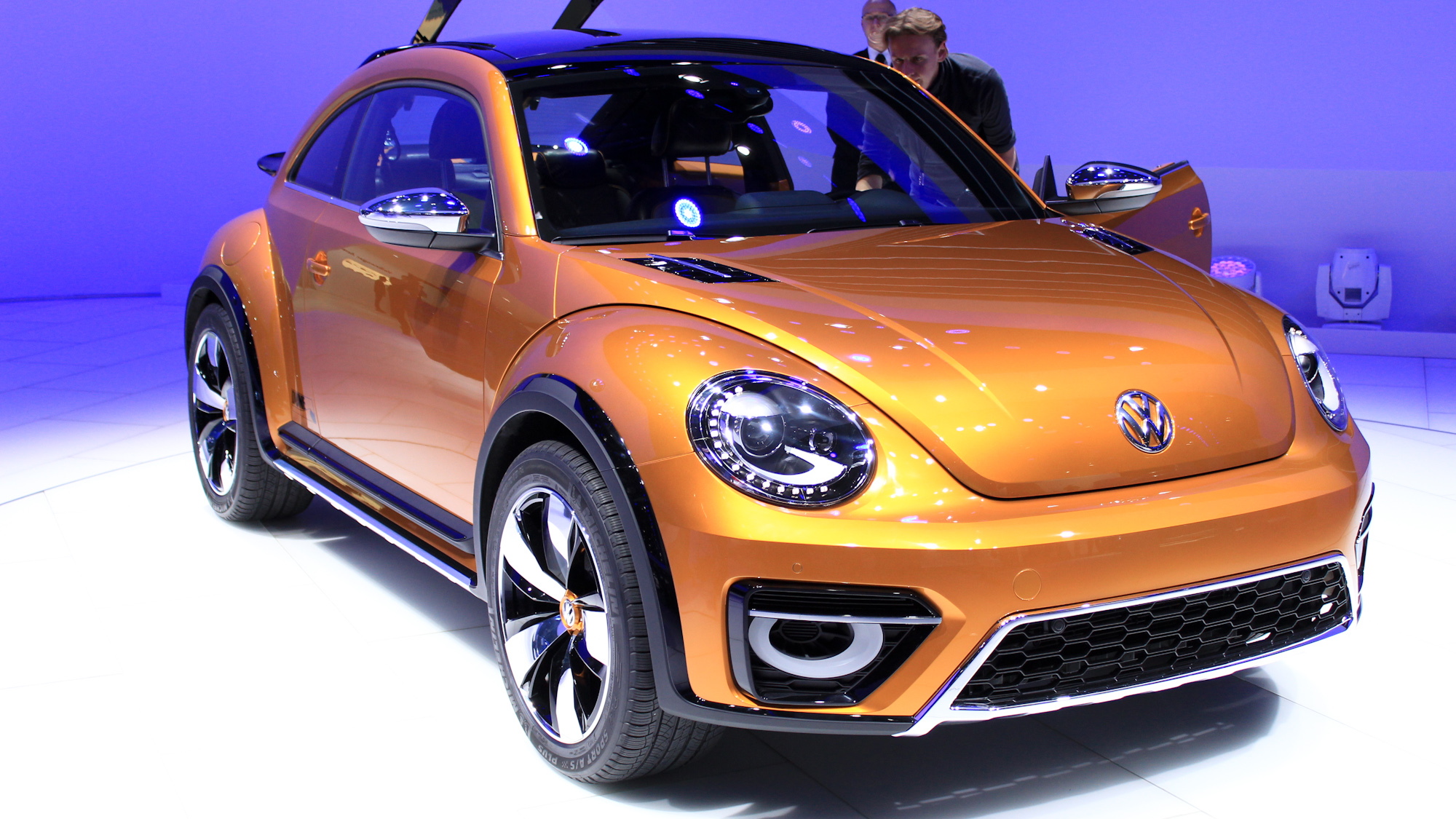 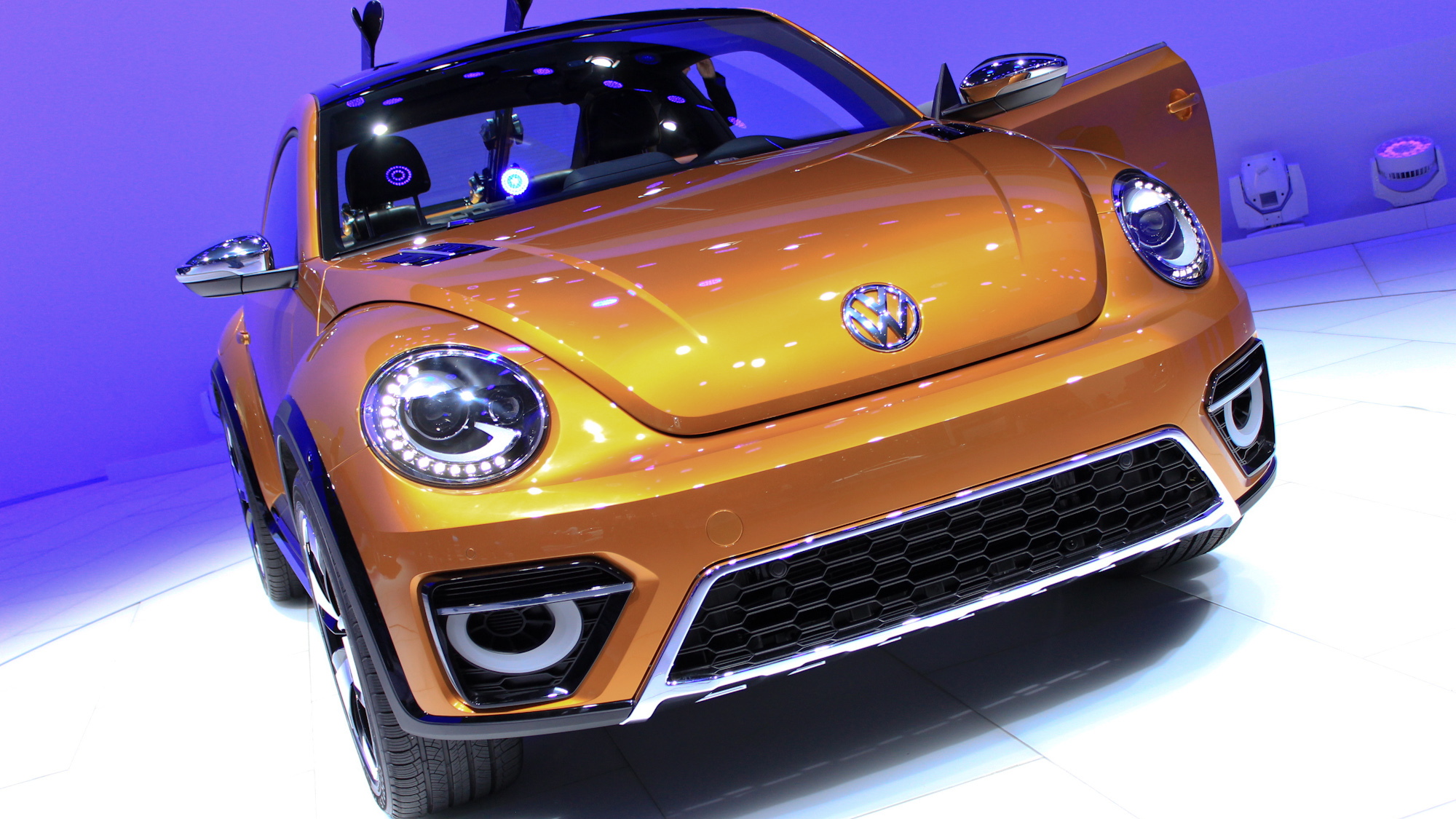 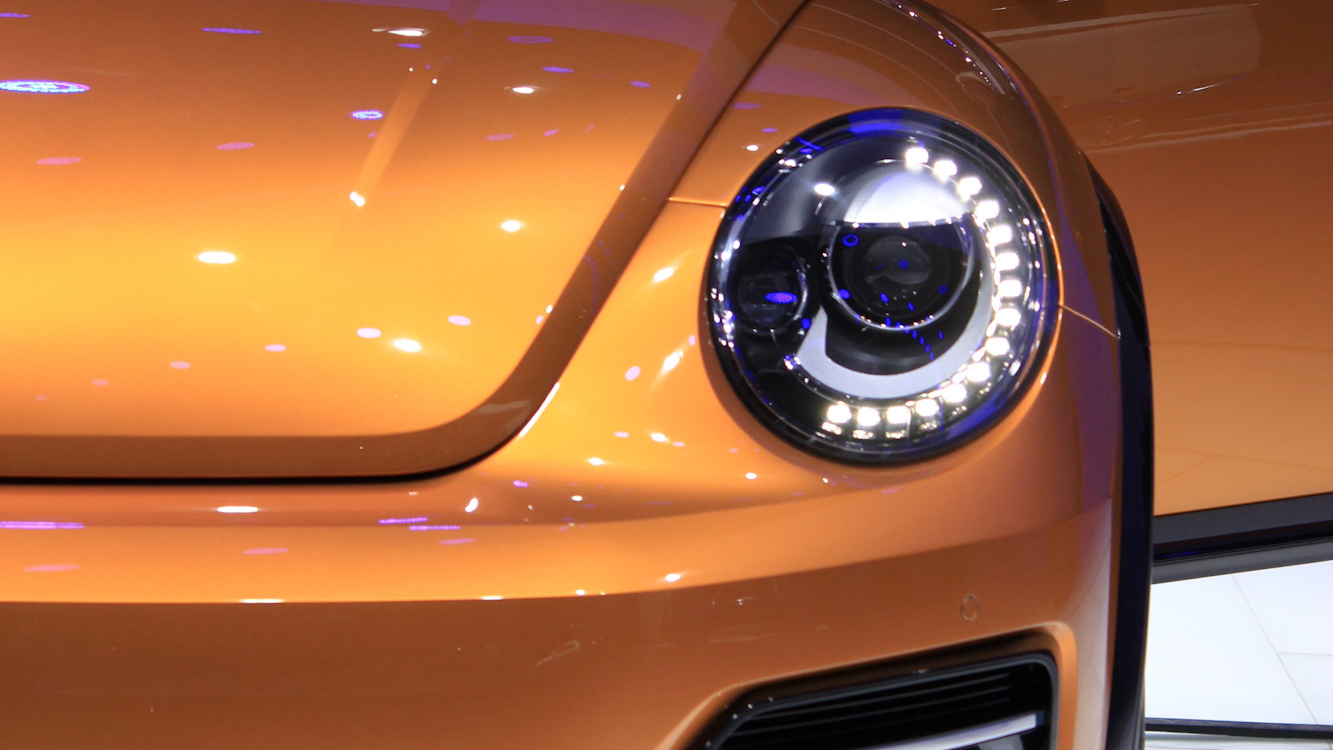 26
photos
It seems taking street cars into off-road territory is all the rage these days, especially at the Volkswagen Group. Audi did it with the Nanuk in Frankfurt, Porsche is rumored to have a gnarly 911 on the way, and now, Volkswagen has revealed its Beetle Dune concept, which makes its debut at the 2014 Detroit Auto Show.

The concept is actually a follow-up to a similar off-road concept based on the previous-generation Beetle that was shown in 2000. This time around, however, VW sounds a little more serious about production. In describing its latest Beetle Dune concept, VW said it showed the "potential for a new production version of the sportiest Beetle."

The concept is raised two inches in ride height and wears a more rugged-looking body treatment. It’s also longer, wider and taller than the regular Beetle; the wheel housings widen the body by 1.1 inches per side to give a total width of 73.4 inches, and the length has increased by 0.5 inches to 168.9 inches. The concept is also 2.0 inches higher off the ground than a regular Beetle, and 0.8 inches taller.

In keeping with its wider body, the car’s tracks are increased by 1.1 inches at the front and rear to 63.3 and 61.9 inches respectively. To fill the wheel arches, new 19-inch alloys were added. The wheel arch extensions transition into brushed aluminum sill trim panels, between which there’s a chrome-plated underbody skidplate.

This leads into the cabin, which, like the exterior, has been designed for rough conditions. The seats get a mix of leather trim and a breathable sport fabric, while the dash is finished in a similar color to the exterior. The entire infotainment system incorporates a digital interface with a 7.7-inch touchscreen display. This shows the driver the pitch and roll of the vehicle, a tribute to the New Beetle Dune concept of 2000 which also presented these metrics.

One thing that's not on the equipment list, however, is all-wheel drive. The Beetle Dune concept is based around the R-Line's running gear, meaning it gets a punchy 210-horsepower turbocharged four-cylinder, six-speed DSG dual-clutch transmission, and front-wheel drive. VW's XDS electronic differential locking system aids traction on the front axle, though.

While the Beetle Dune concept is far from the first off-road-themed (or capable) Beetle in the model's vaunted history, it's certainly the newest. The question is, however, would you buy one?