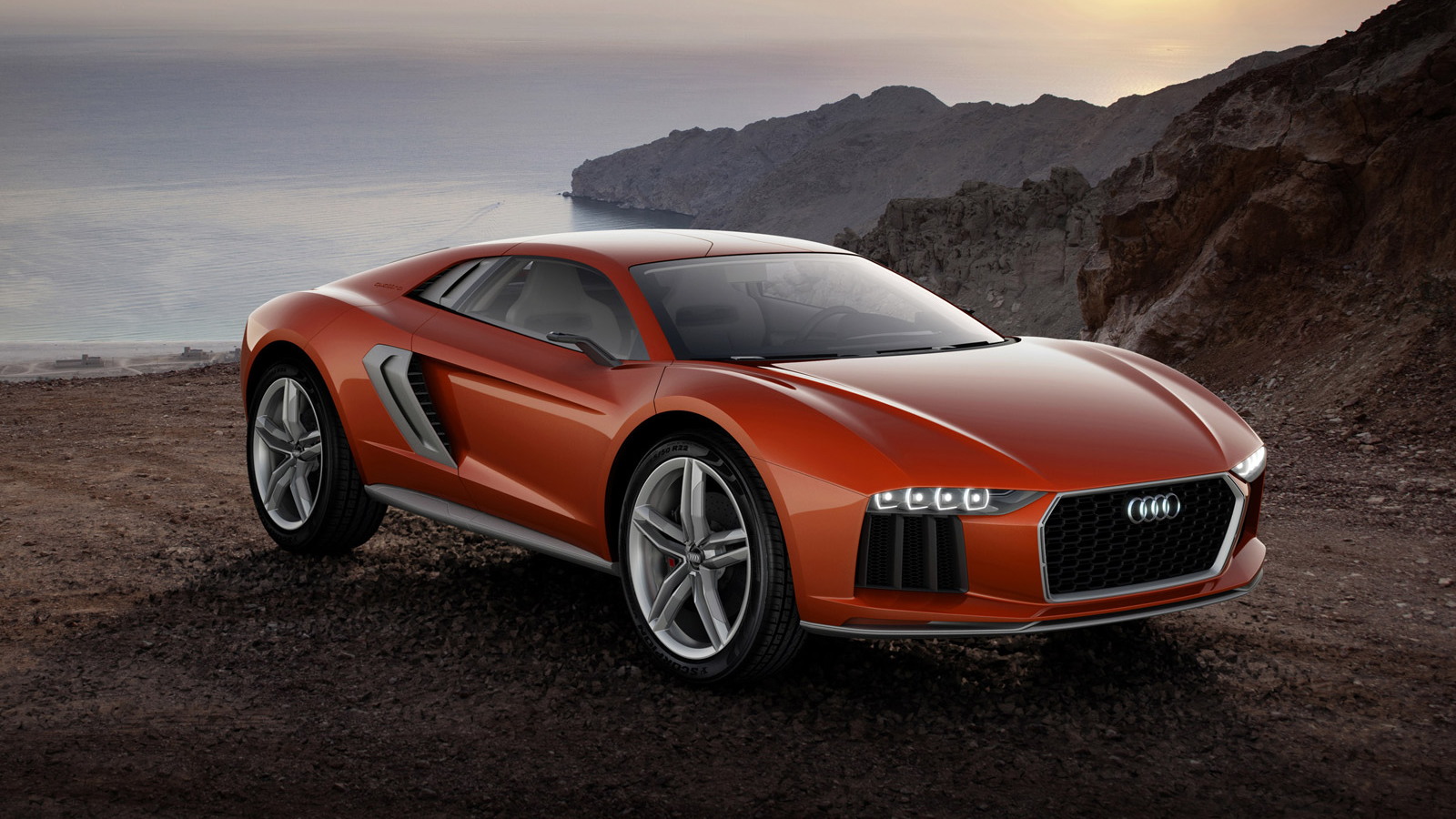 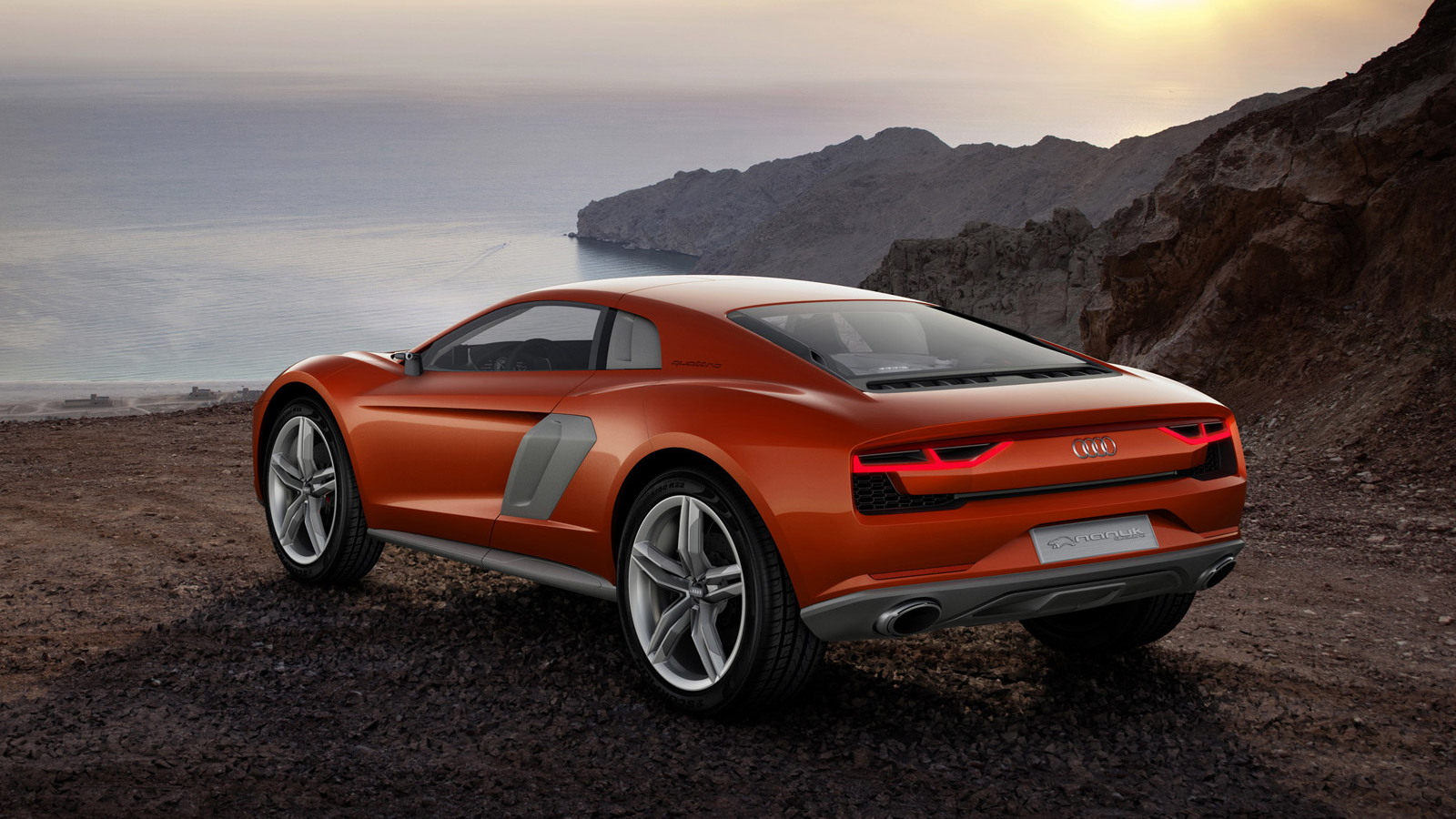 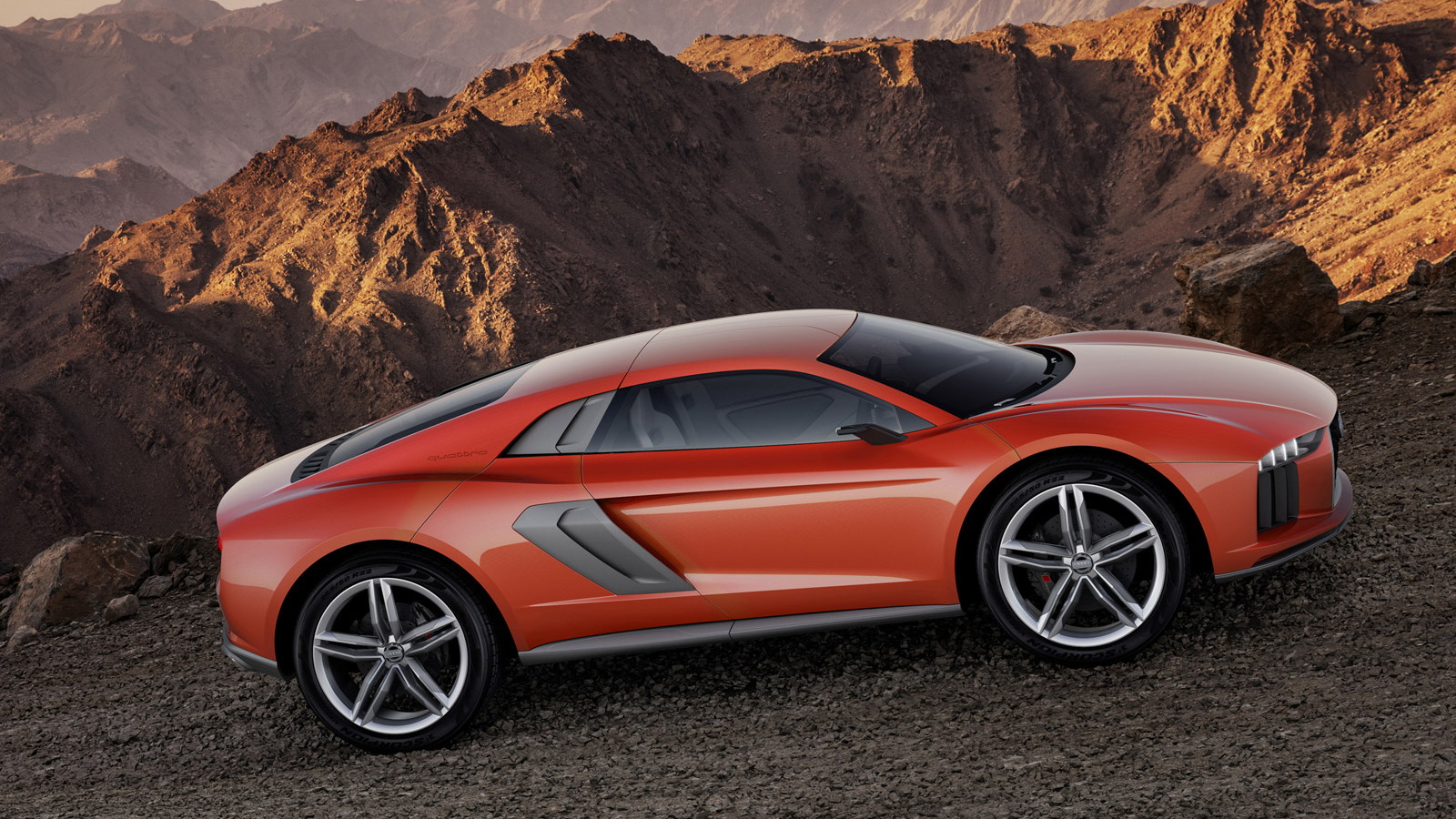 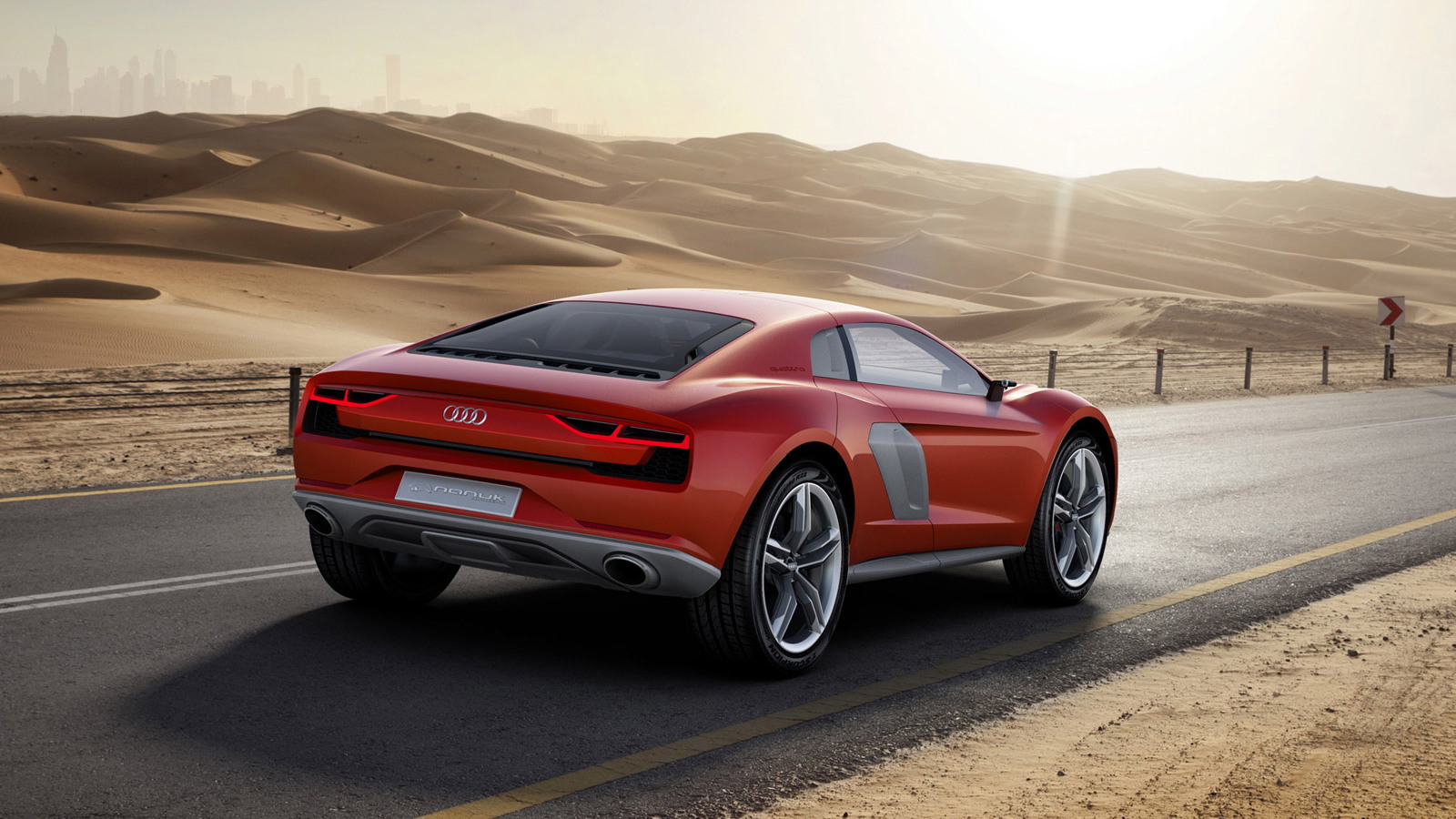 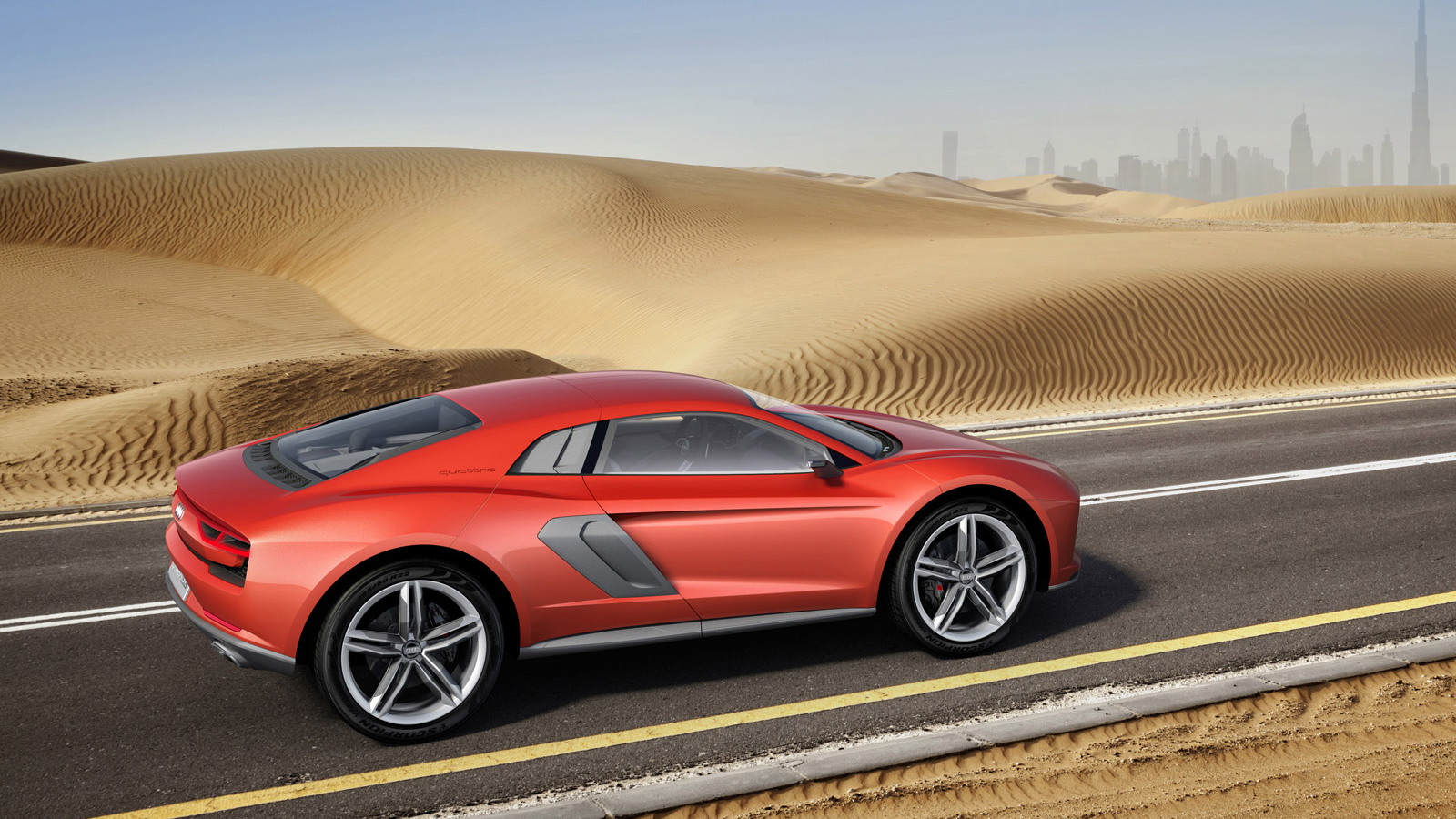 6
photos
Before we leave to cover an auto show, we typically have a decent idea of what we're going to be seeing. Audi switched things up a little bit by dropping a surprise on us on the eve of the 2013 Frankfurt Auto Show. It's called the nanuk quattro concept, and it's an on-road/off-road stunner packing serious power alongside its super show car looks. We expected to see the Sport quattro concept make an appearance, but this new machine ups the excitement ante quite a bit.

Here's what has us a bit giddy; the nanuk quattro concept is powered by a twin-turbocharged V-10 TDI motor. This mill is said to be good for 544 horsepower and over 737 pound-feet of torque. Per Audi, that's enough power to push the nanuk quattro from 0-62 miles per hour in 3.8 seconds. Keep the throttle pressed and it can crest 189 miles per hour. A seven-speed S tronic dual-clutch gearbox handles the power and routes it out to a specially designed quattro all-wheel-drive system. Despite all of that power and potent performance, Audi claims the nanuk quattro concept should return over 30 miles per gallon.

It's not just an on-road screamer, however, as this vehicle is intended to get dirty as well. The suspension can lower the car by 30 millimeters or raise it by 40 millimeters over the standard setting. It automatically squats down on the highway and can automatically raise itself on gravel roads. The steering also plays a part in the performance because the rear wheels can turn to aid in both low-speed or high-speed movements. At lower speeds, the rear wheels can turn up to nine degrees in the opposite direction of the front, which reduces the turning circle. At higher speeds, the rear wheels can turn up to 2.5 degrees in the same direction of the front wheels, which creates a far more stable ride during high-speed maneuvers.

There's serious style going on with the nanuk quattro concept as well. It looks rather similar to the Italdesign Parcour Concept, which was essentially a lifted-up Lamborghini Gallardo. Audi has employed alumnium and carbon fiber extensively on the nanuk, which helps keep the weight just over 4,000 pounds. Not bad for vehicle with off-road capability and all-wheel-drive.

Of course, seeing as this is a concept, there's no reason to get too excited. We'd love to see something like this make it to production but we're not going to hold our breath.