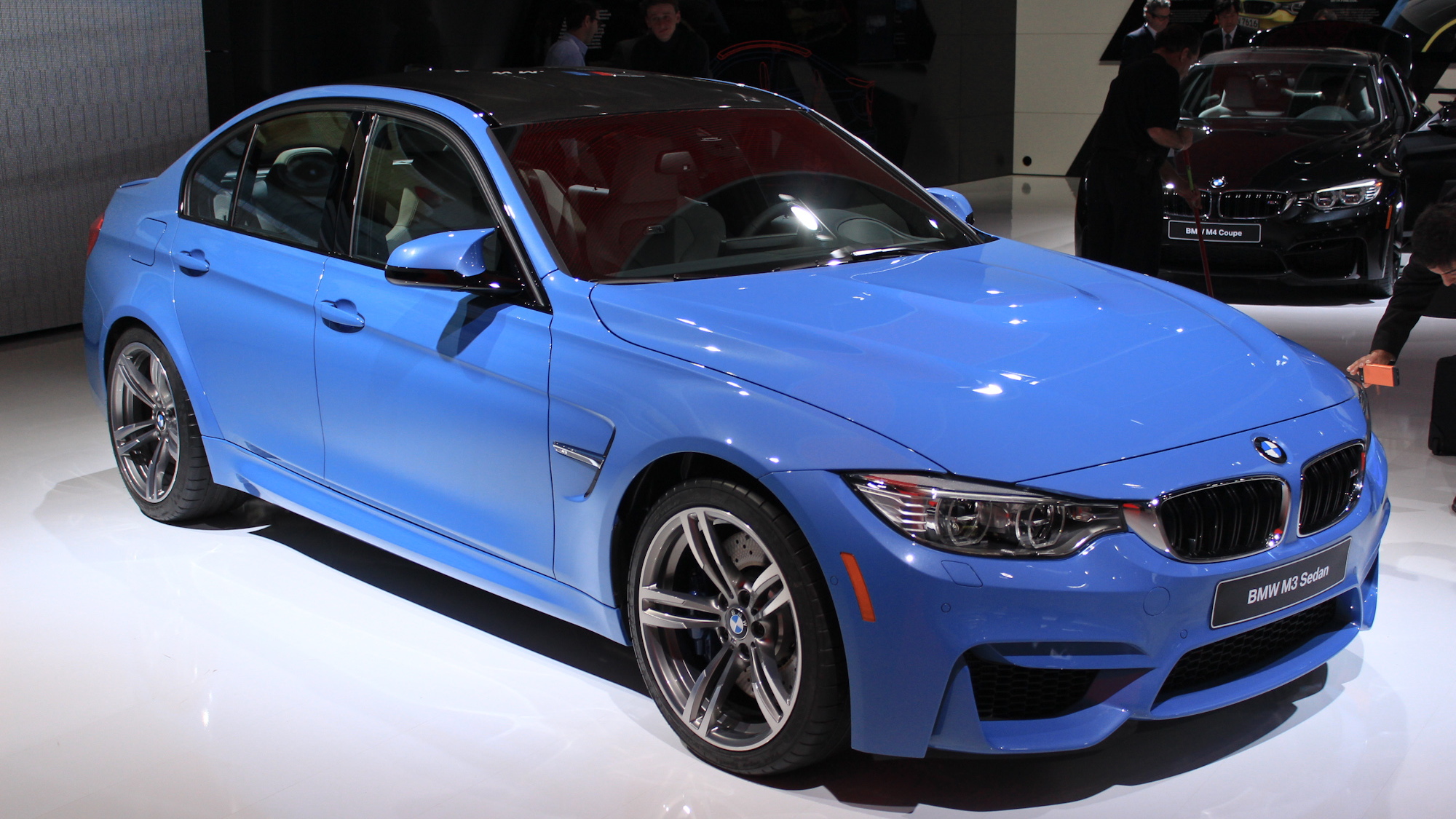 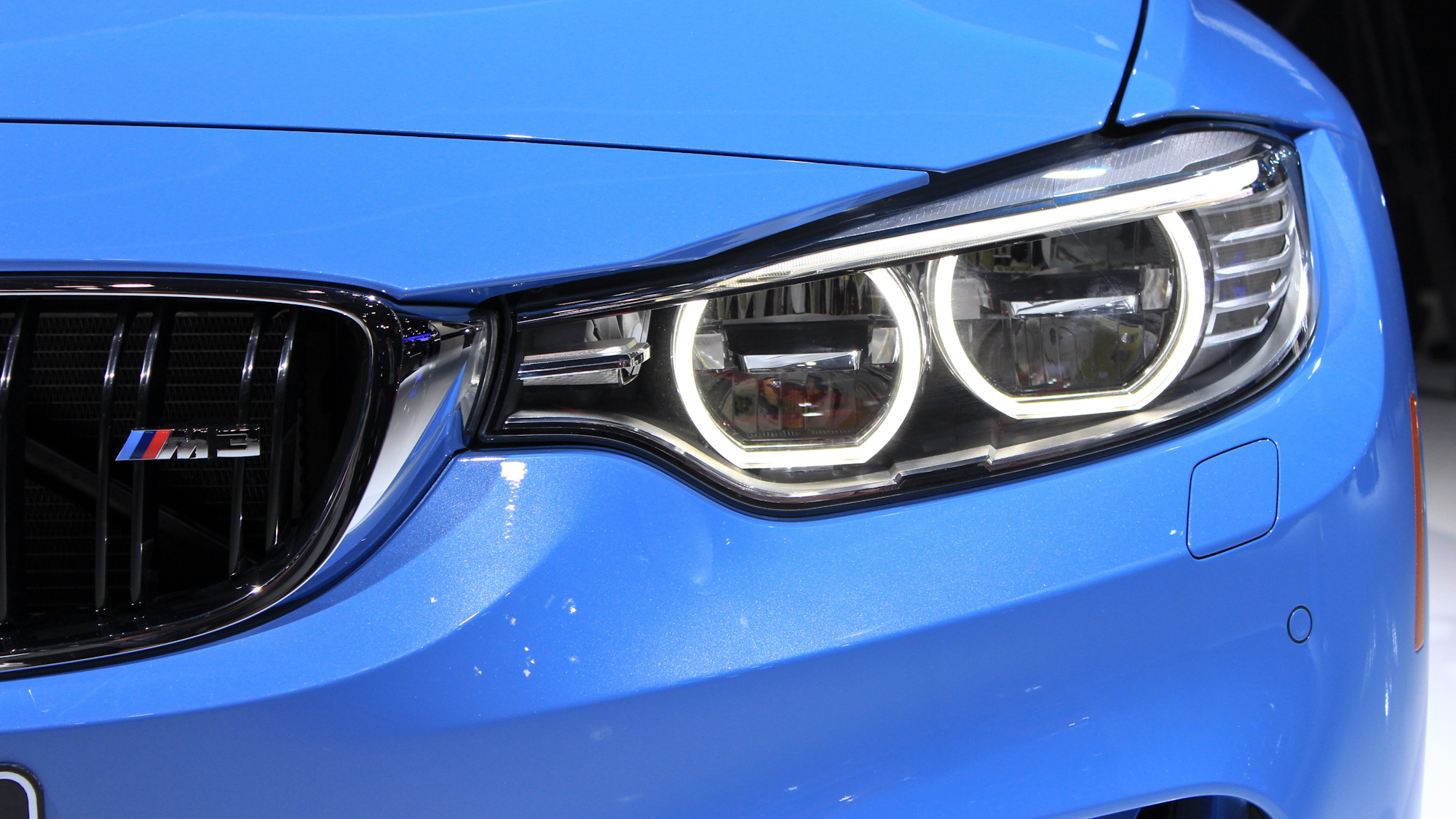 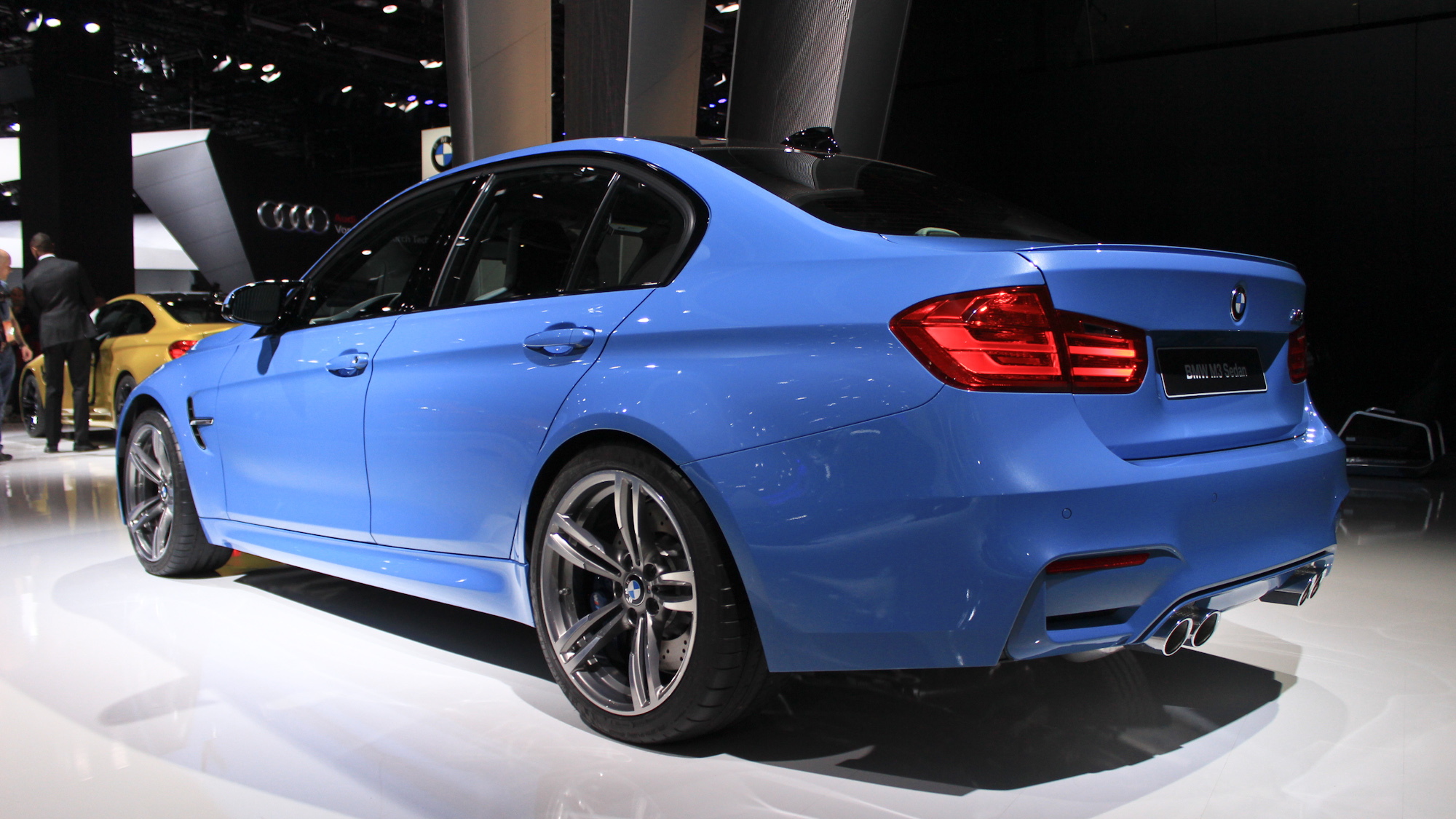 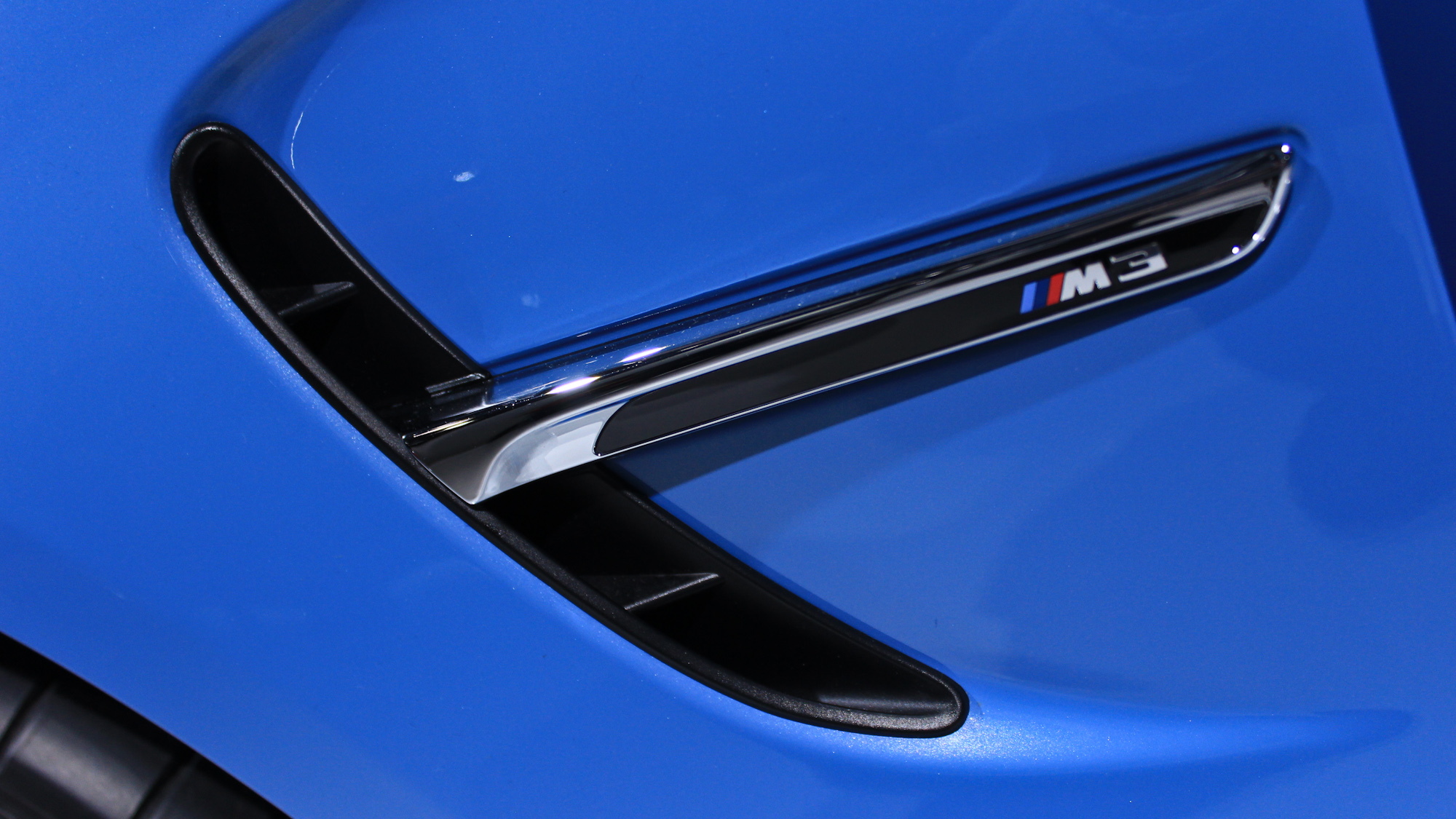 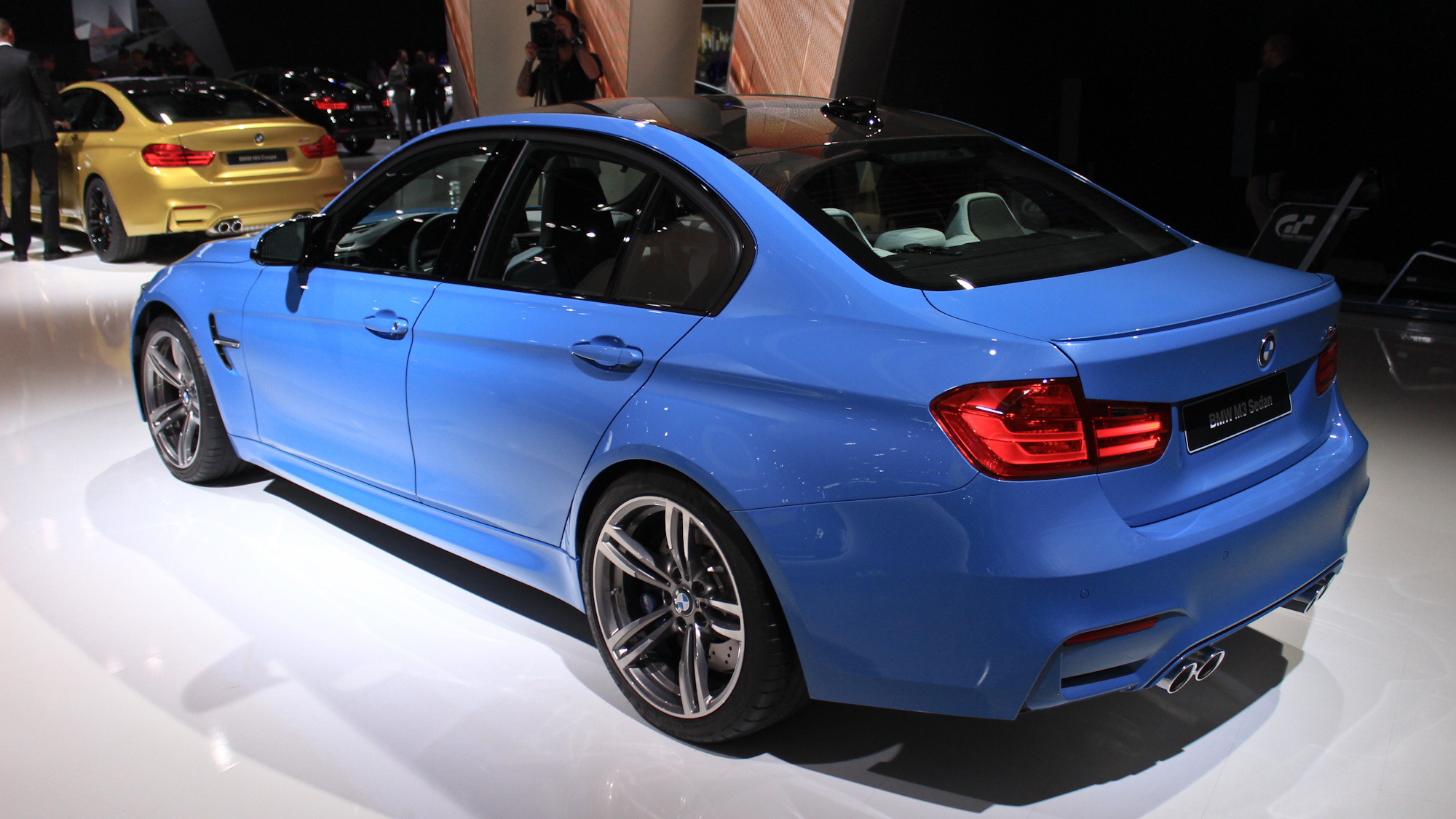 Getting the M3 right is critical for BMW, because it's a sort of bellwether for the industry and enthusiasts alike--if a car is quick, it will inevitably be compared to the M3.

Getting the M4 right is even more critical for BMW, because it wears an all-new name over the bones and history of the M3 coupe. Committing any sins against its ancestors will be judged doubly for the M4.

Unfortunately, it's not yet clear just how good the new M duo is, but on paper at least, things are looking very good. As for how good it looks to the eyes of the aesthete, rather than those of the track dog, we'll let the images speak for themselves.

The new M3 sedan and M4 coupe are lighter and more powerful than their predecessors. A 3.0-liter in-line six-cylinder twin-turbocharged engine rated at 425 horsepower and 406 pound-feet of torque generates 3.9-second 0-60 mph acceleration when paired with the M-DCT dual-clutch transmission.

If you opt for the six-speed manual, that figure rises to 4.1 seconds--the price you pay for rowing your own gears, though you won't have to worry about rev-matching even if you pick the three-pedal 'box, as BMW has included automatic throttle-blipping. BMW hasn't yet clarified if the feature can be turned off.

Of course, BMW cautions that these power and acceleration specs are preliminary, and not yet certified for the U.S. market. So things may change--but we wouldn't expect them to change by much. The engine also sounds pretty great, as you can hear for yourself in the video above. We don't expect that to change at all.

As for that new S55 twin-turbo six, it's looking like a very enticing lump indeed. The peak power figure is nice, but unlike you find in a zingy, high-revving normally aspirated engine, the S55's peak power is available across a huge band of the rev rage: 5,500-7,300 rpm. That's peak power across the whole top third of the engine's range (the rev limiter kicks in at 7,600 rpm). Peak torque comes on early, at 1,800 rpm, and stays flat through 5,500-rpm.

For a turbocharged engine, a rev limit of 7,600 rpm from the factory is quite high, and paired with the large, flat power and torque peaks, we expect this engine to be supremely flexible at nearly any speed, in nearly any gear. Those are very good traits for a sports car.

At the rear end, a new Active M Differential uses an electronically controlled multi-plate limited-slip unit to improve both traction and control; a similar setup is available in the new 2014 Chevrolet Corvette Stingray. With electronic control over the differential's engagement, anything from 0 to 100 percent lock can be achieved in milliseconds.

Top speed for the new M3 and M4 is electronically limited to 155 mph.

EPA gas mileage estimates are not yet available for the cars, but BMW says they'll be about 25 percent more efficient than the previous M3. That's a good thing, because the last M3 was rather thirsty, rating about 14 mpg city and 20 mpg highway. Using BMW's estimate as a rule of thumb, the new M3 and M4 could get as much as 18 mpg city and 25 mpg highway--still not particularly impressive figures, but a considerable improvement.

But what about that weight savings? BMW says on comparably equipped models, the M3/M4 save about 176 pounds over the previous-generation M3 sedan and M4 coupe. Curb weight for the M4 is just a tick under 3,300 pounds at 1,497 kilograms. For the first time, the CFRP (carbon fiber reinforced plastic) roof is available on the M3 sedan as well as the M4 coupe. The total weight savings is 11 pounds for the M3 and 13 pounds for the M4. Elsewhere in the car, weight was saved with aluminum (the hood and front fenders), and more CFRP (the drive shaft and strut brace, among other bits).

Despite the weight savings campaign, BMW hasn't cut corners in heavy but functional areas like cooling; in fact, there's a track-specific cooling system designed to take the extra load of closed-circuit abuse faced by the engine, turbos, and transmission.

The suspension is a familiar strut-type front end with a multi-link rear. BMW says it took advantage of its DTM drivers Bruno Spengler and Timo Glock in the development of the 2015 M3 and M4 suspension settings, including extensive testing at the Nürburgring-Nordschleife. New aluminum suspension elements reduce unsprung weight.

Extensive aerodynamic work has also been done to optimize the new M3 and M4, with ducting and body surfaces designed not only to cool, but to improve airflow around and over the car. This is nowhere more visible than at the nose of the car, where an array of detailed elements clearly designed to control airflow hang below the thin kidney grille and wide, narrow new headlights.

As with previous M vehicles, including the last-generation M3, the new M3 and M4 offer BMW's M Dynamic Mode for greater control over the car while retaining some of the functions of the stability control system. For those who prefer to shred their own tires, the stability and traction control systems can be switched off completely.

Like their more ordinary 3-Series and 4-Series counterparts, the 2015 M3 and M4 have electric power steering. BMW says it has tuned the system's characteristics to best suit the track-intent nature of the new M cars, offering three different modes that adjust the level of steering assistance: Comfort, Sport, and Sport+.

Those same settings describe the variations possible in the optional Adaptive M suspension, which tweaks damper settings to provide a softer or firmer ride on demand.

While the M3 and M4 will benefit from the full range of infotainment and other cabin comforts found in the standard 3-Series and 4-Series ranges, they'll also get a handful of other features, including a BMW M Laptimer app for smartphones. Connected to the car's on-board computer, the app can record the car's speed, longitudinal and lateral acceleration, engine revs, which gear is engaged (for M-DCT models), steering angle, accelerator position, fuel consumption, and more. The data can then be analyzed later.

The optional head-up display also includes some M-specific features, including a gear indicator display, rev counter, and "Optimum Shift Indicator," which we figure will operate much like a racing shift light.

Production of the new BMW M3 and M4 will take place at the BMW plants at Munich (M4) and Regensburg (M3), with production as 2015 models beginning early in the summer of 2014.