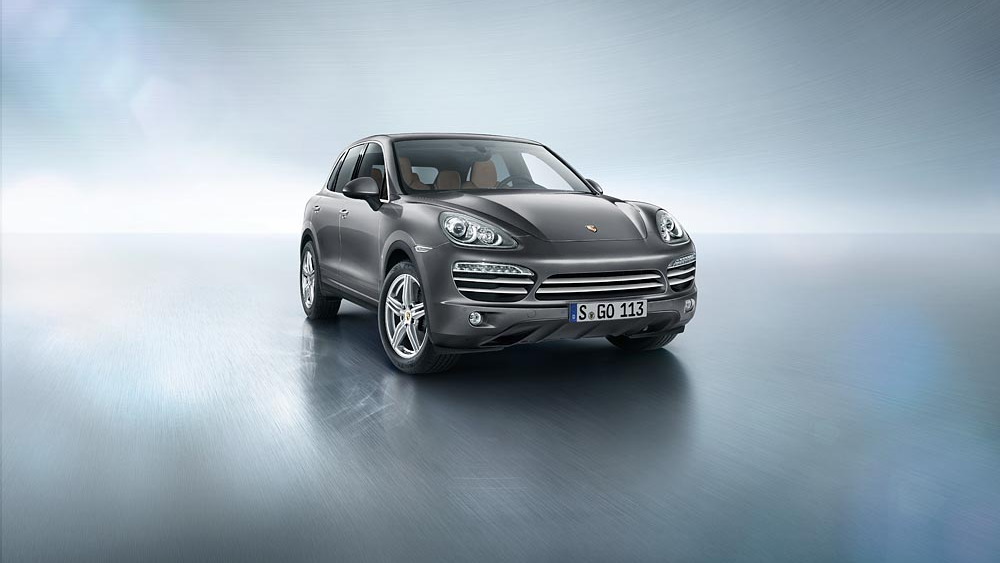 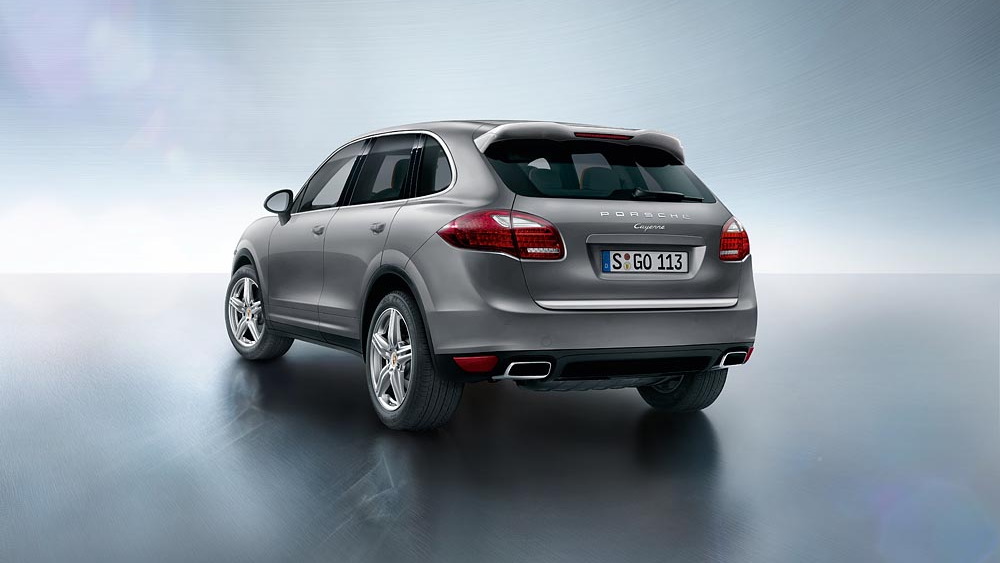 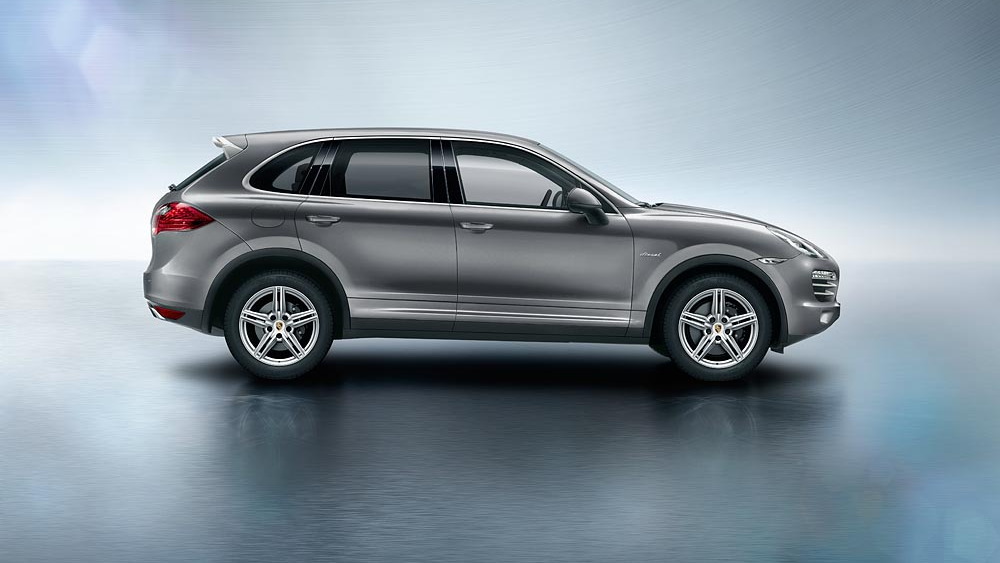 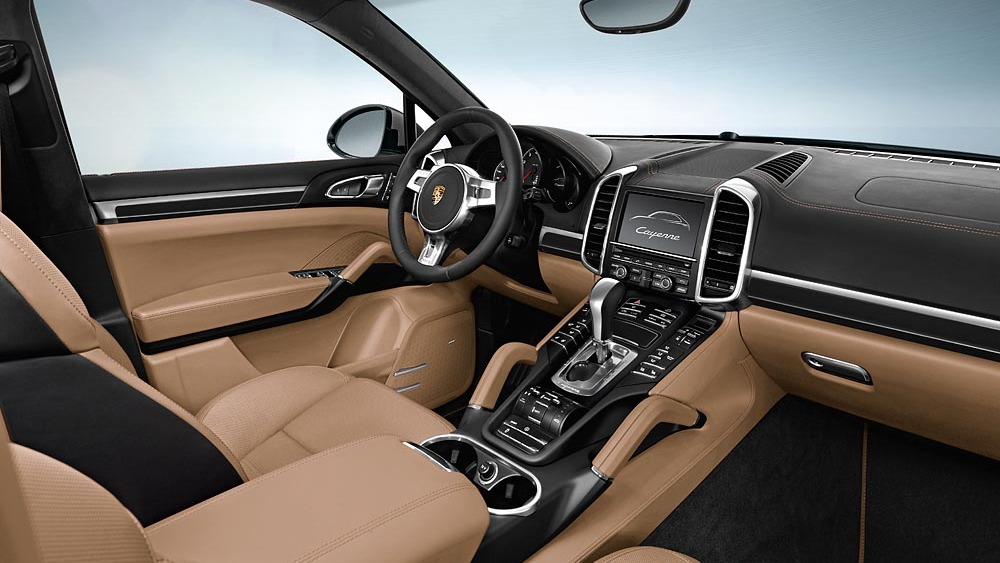 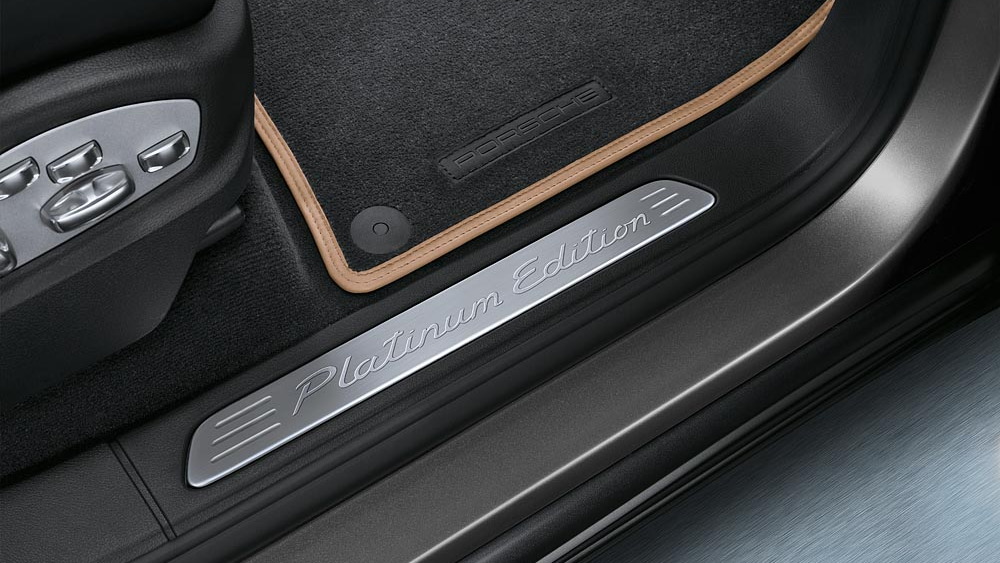 5
photos
Like the Panamera Platinum before it, Porsche is upping the luxury level found within the V-6 gasoline and diesel Cayenne models. The sporty utility vehicle will be offered up in a limited Platinum Edition trim, which adds in a slew of desirable features as standard equipment. Additionally, the Cayenne Platinum Edition receives... you guessed it, platinum accent pieces both inside and outside of the vehicle.

Porsche has decided to equip the Cayenne with a wide range of features that the automaker often sees getting ticked on the order form. Here, however, they are standard amenities. The eight-speed Tiptronic S automatic gearbox gets the nod, as well as bi-xenon headlamps, ParkAssist for the front and rear, and the Power Steering Plus system. Additionally, a sport design steering wheel with paddle shifters is thrown into the mix as well.

On the outside of the Platinum Edition, Porsche has platinum silver metallic accents found on the air intakes, rear spoiler, and side window strips. It creates a dramatic appearance that helps tie in the platinum effect to the overall exterior aesthetic. Inside, the cabin space is home to a black and beige two-tone look that is only offered on this special edition Cayenne.

Porsche will offer the Cayenne Platinum Edition starting in January of 2014. The price for the gas-powered model will be $90,000 while the diesel version will be closer to $92,000.