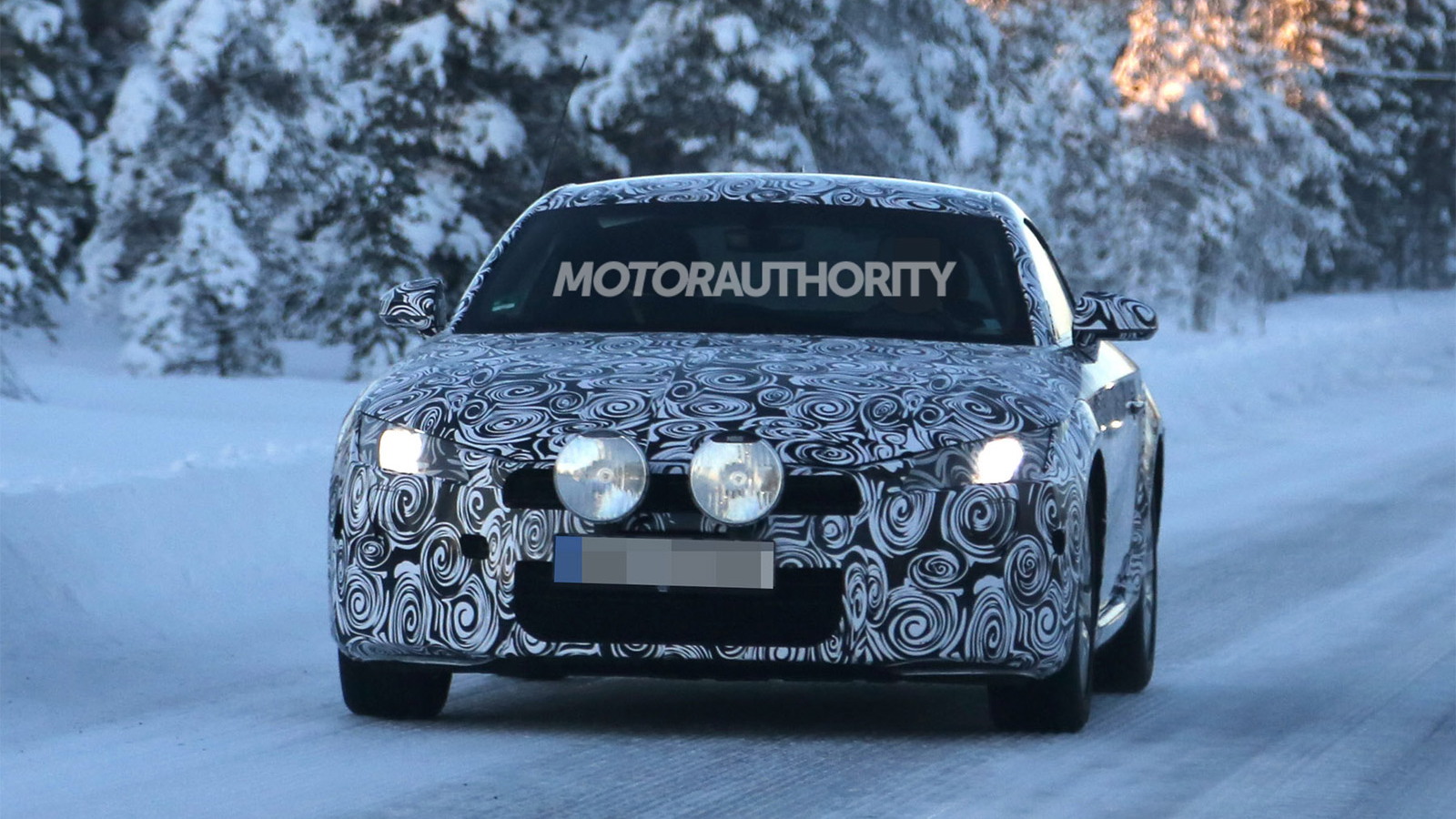 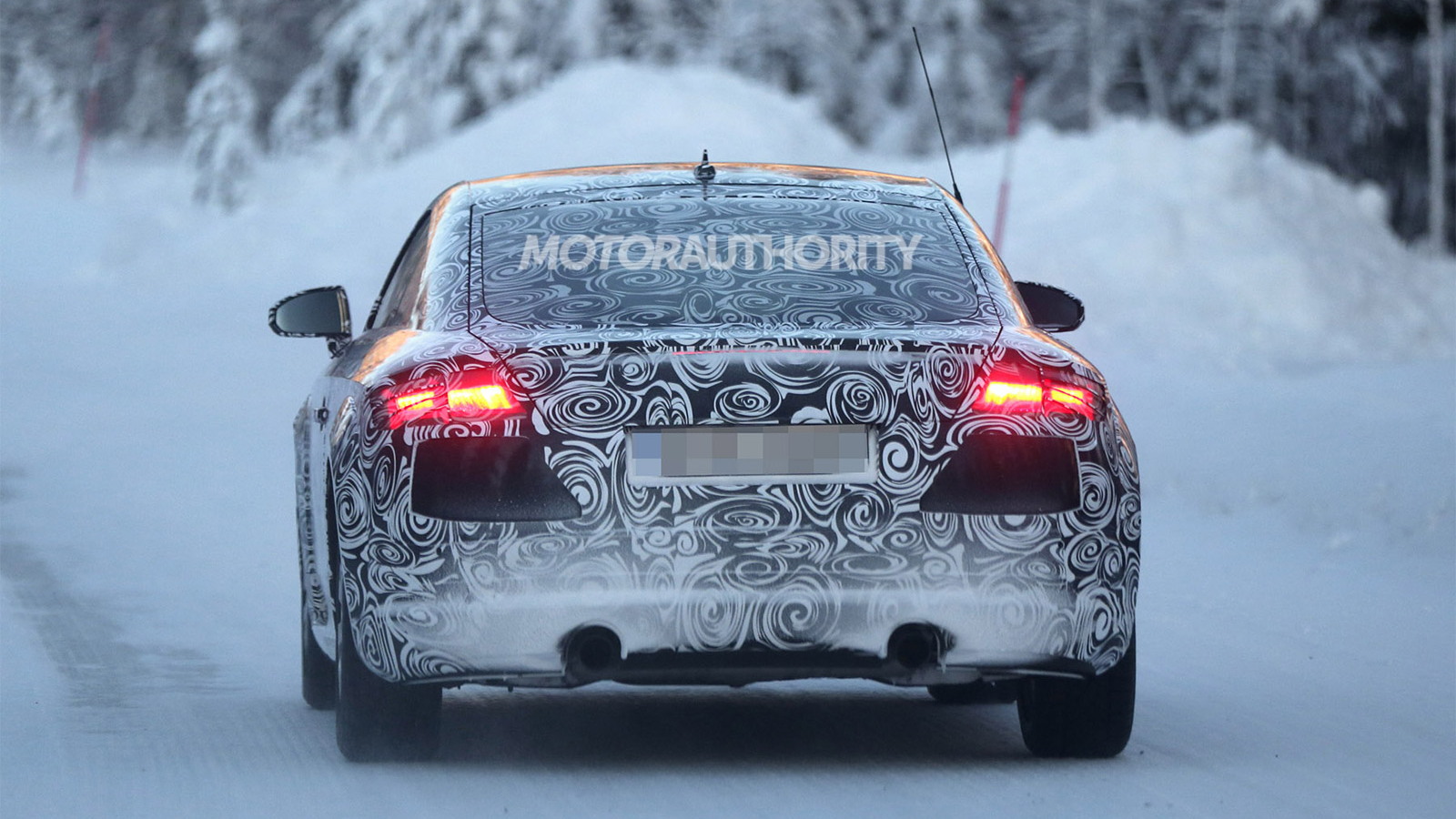 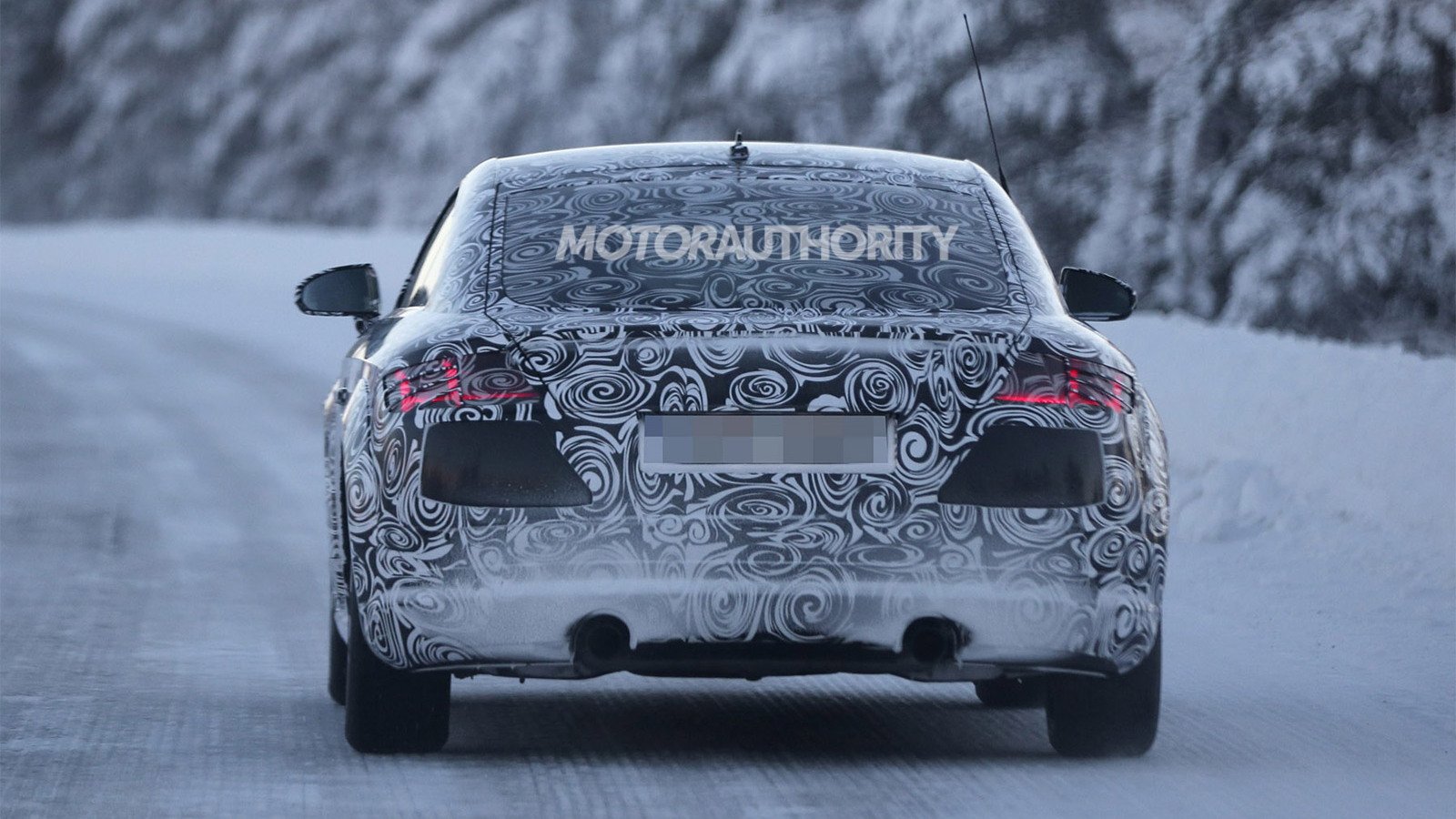 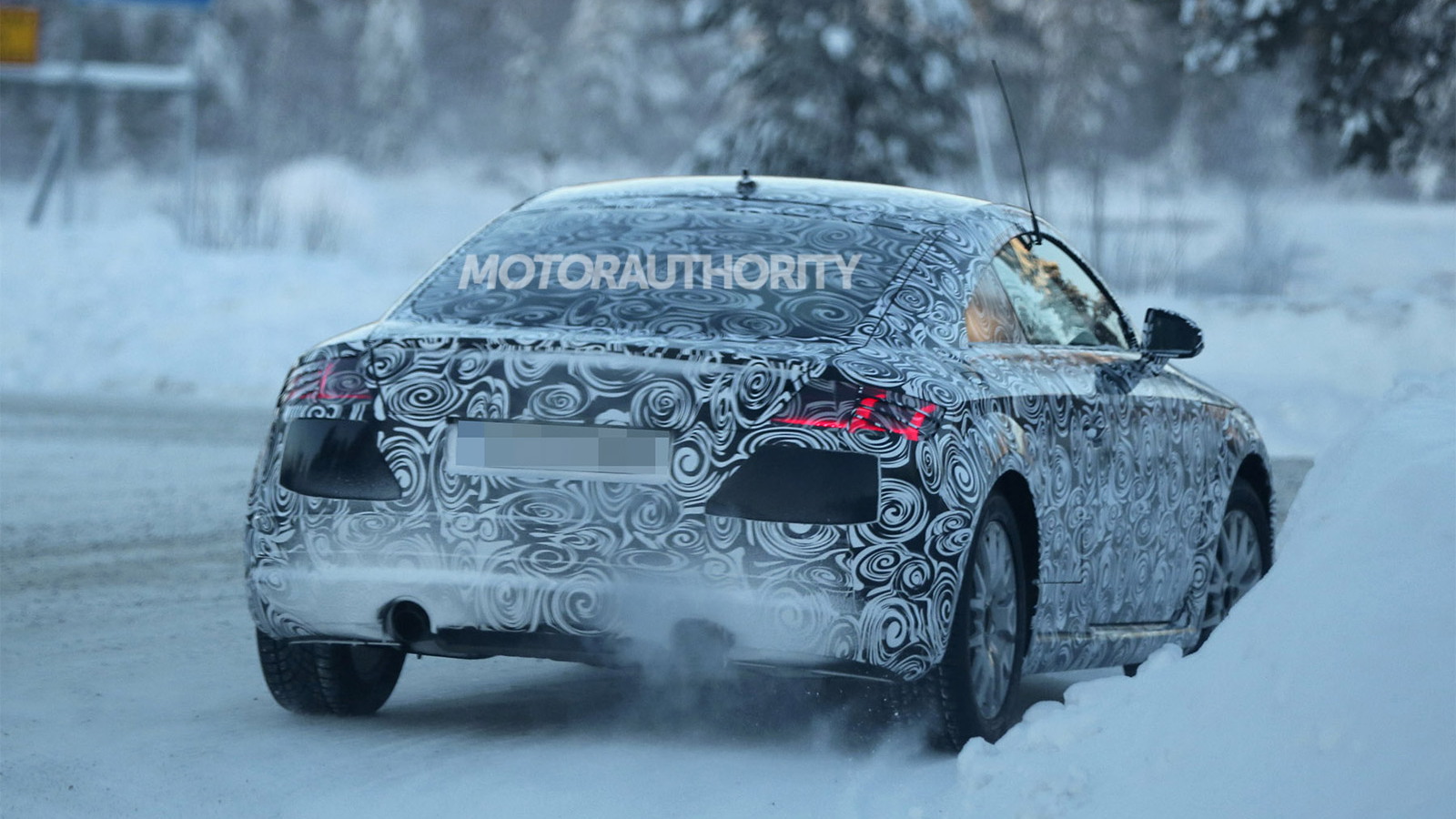 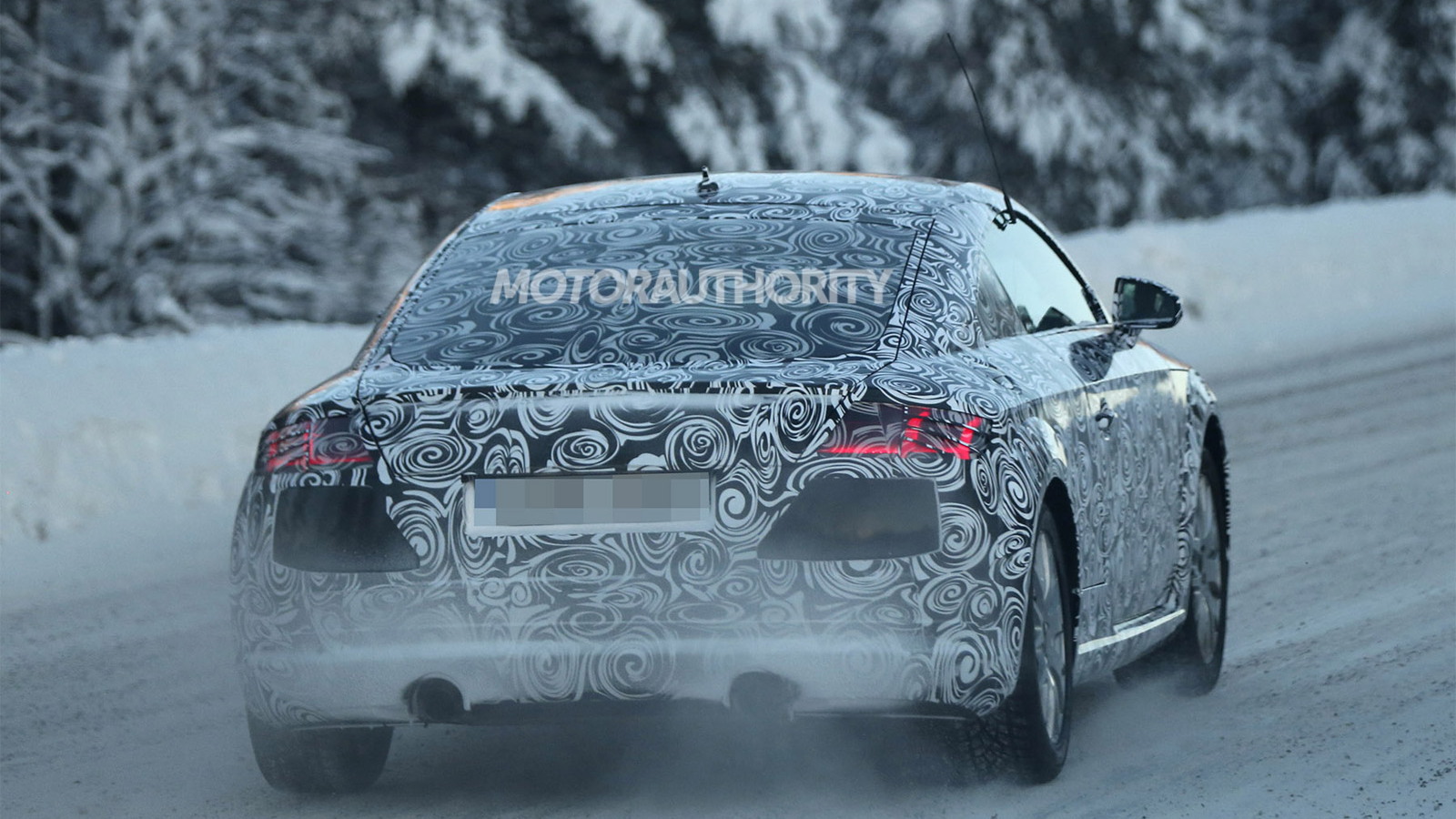 33
photos
Audi’s third-generation TT sports car is on track for a debut at the 2014 Geneva Motor Show in March, with the car to arrive in showrooms by the end of the year as a 2015 model. But we already have a fairly good idea as to how it will look--inside and out--thanks to the unveiling of the 2015 TT-previewing Allroad Shooting Brake concept at the Detroit Auto Show last week and Audi’s tech preview at the Consumer Electronics Show earlier in the month.

These latest spy shots reaffirm our belief that the 2015 TT will more closely resemble the original TT than the outgoing second-generation model, but will maintain an Audi single-frame grille up front and angular-shaped headlights. Underpinning the car is the Volkswagen Group’s flexible MQB platform; it’s likely to result in a lighter overall vehicle, which would yield benefits to performance and gas mileage. A special lightweight version of the TT may even be in the works.

Under the hood of the 2015 Audi TT, we expect to find a 2.0-liter turbocharged four-cylinder just like in the outgoing model. It should be rated at about 220 horsepower--a slight upgrade from the current 211-horsepower rating. The TTS model should also carry forward, possibly with output now registering close to 300 horsepower to match the output of the 2015 Audi S3.

Most interesting for performance fans is a possible return of the TT RS, which was discontinued from the current model line for 2014. With up to 380 horsepower in its new form, the TT RS could provide the most fun short of the R8 within the four-ringed brand.

As before, front-wheel drive will be standard in base models of the 2015 TT, with quattro all-wheel drive available across the range. The current range of transmissions is also likely to carry forward, though perhaps with refinements to electronic controls and software in dual-clutch units.

The interior features a typically clean, conservative design from Audi that updates the TT's look to better blend in with its more recently updated four-ringed counterparts. One thing you’ll notice is the absence of a central display. Audi calls this design the "virtual cockpit," where most information is presented through a 12.3-inch display located behind the steering wheel.

We should know more as we approach the Geneva Motor Show’s March 4 opening day.