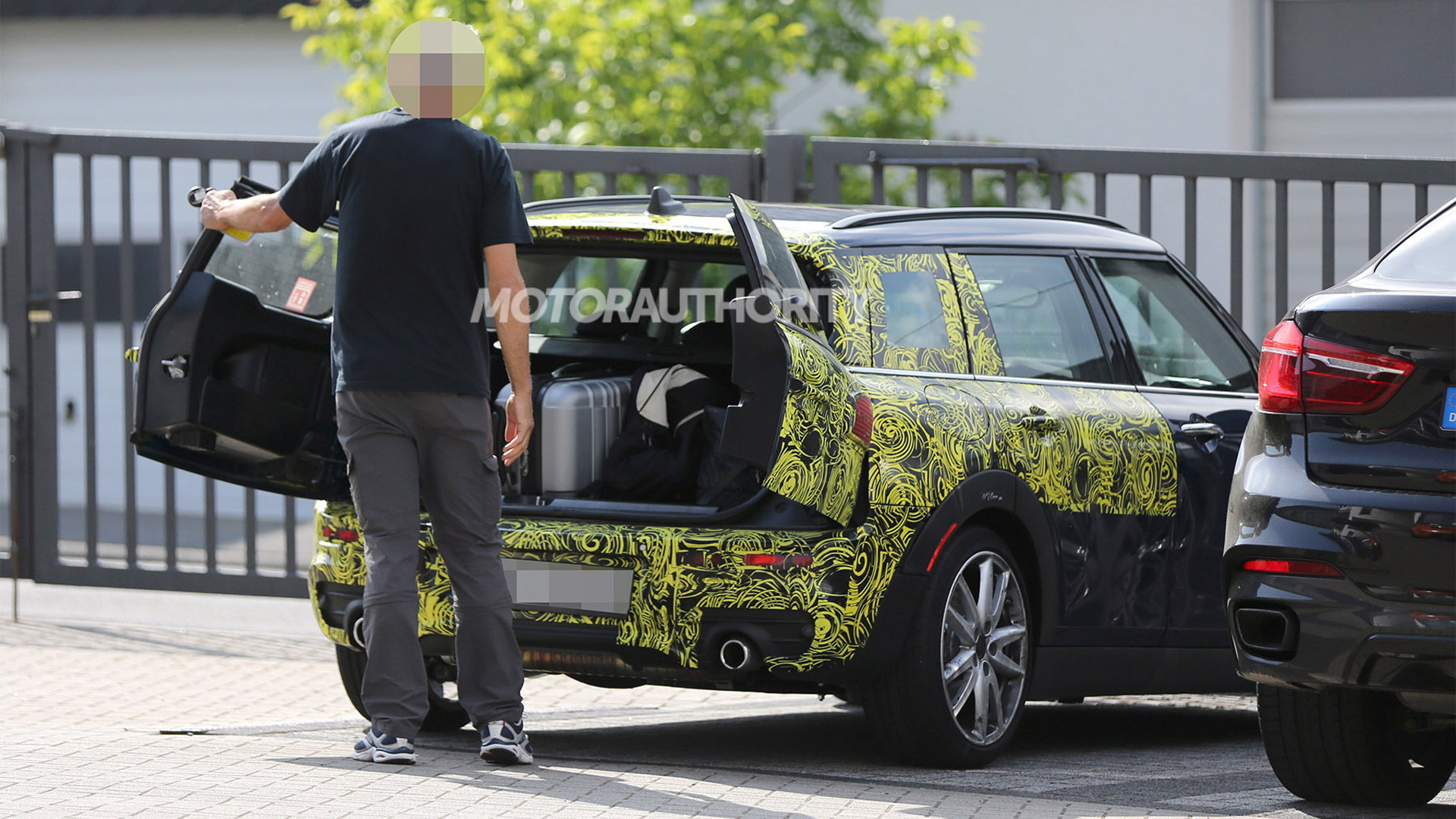 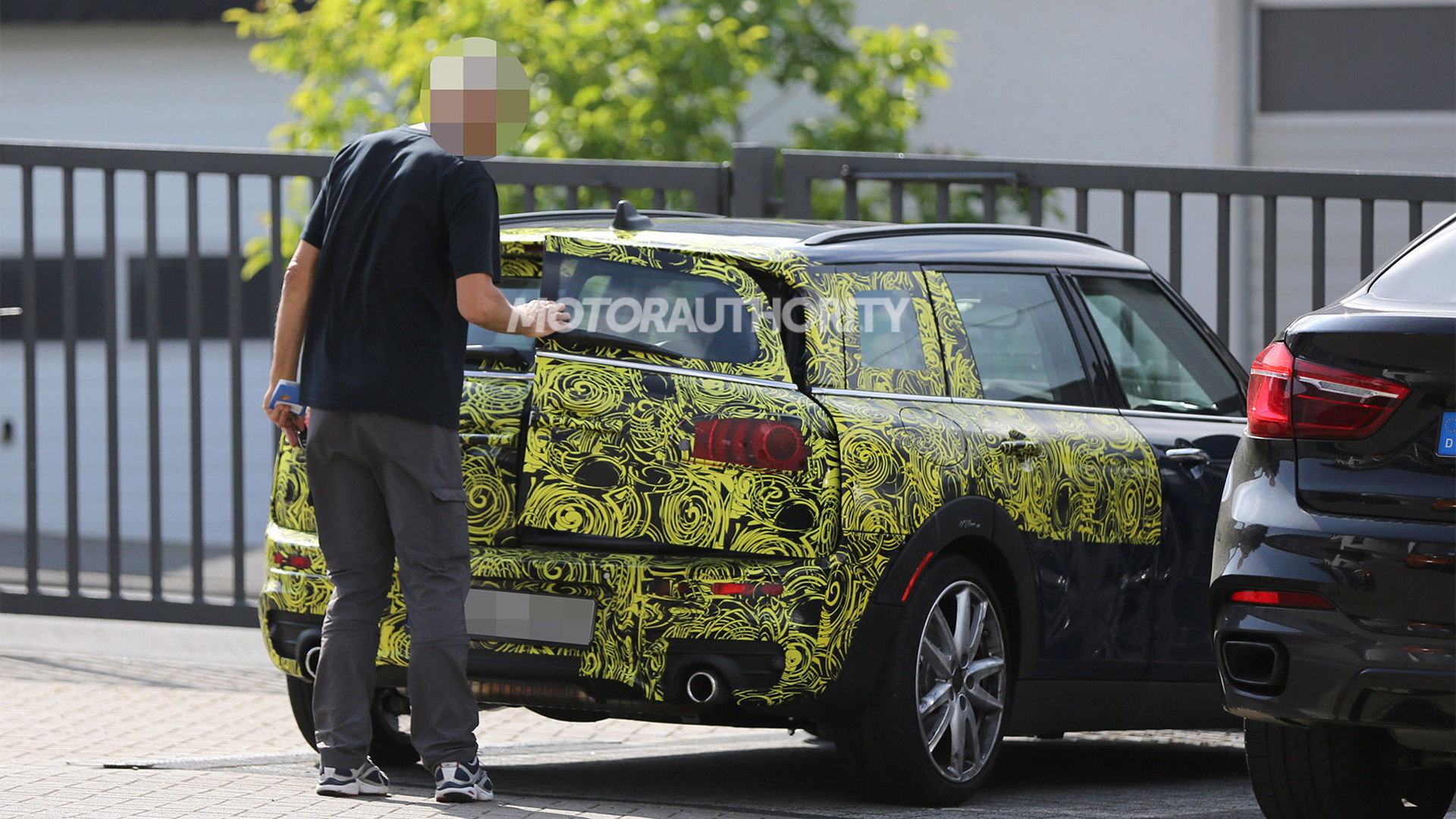 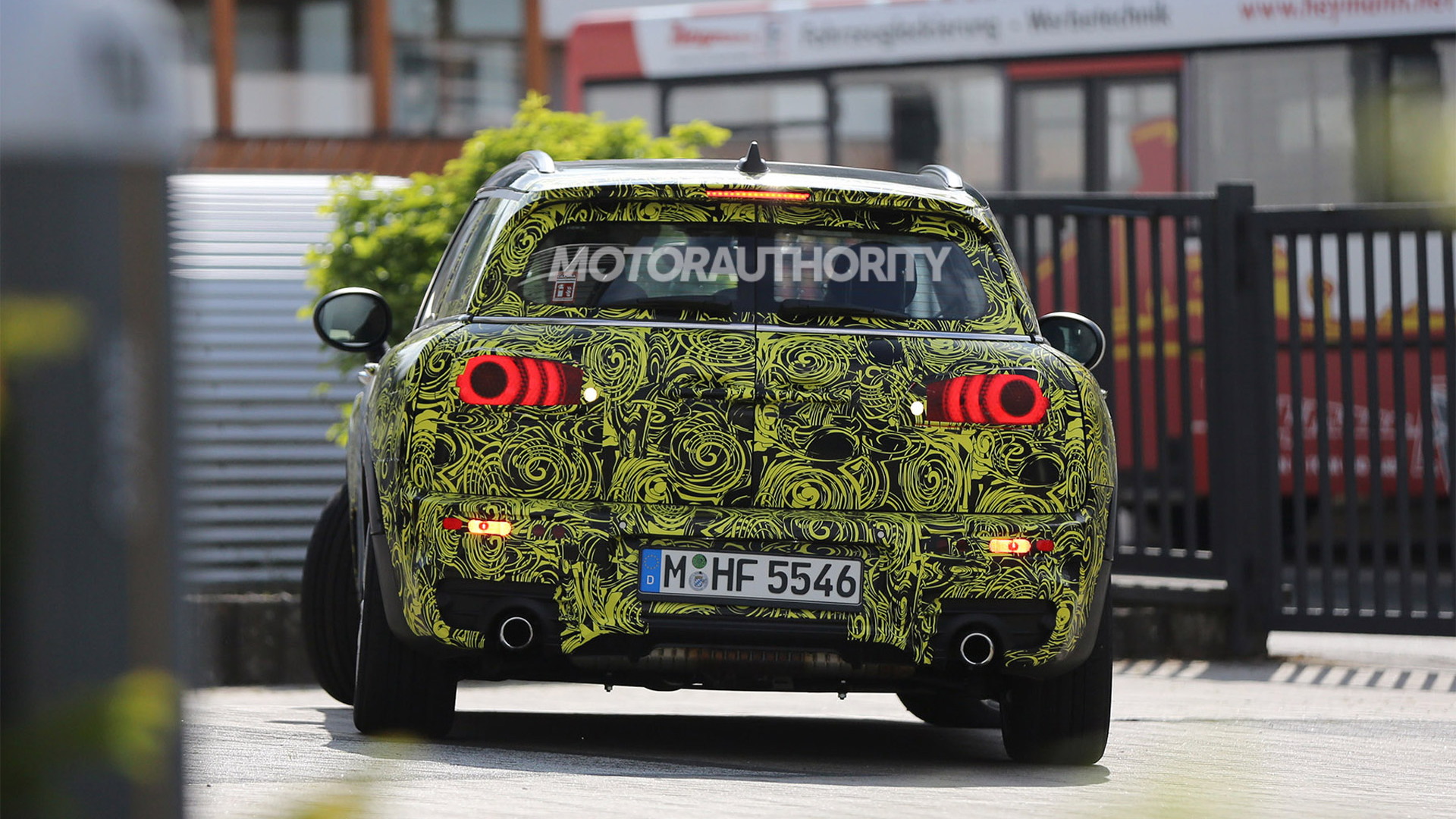 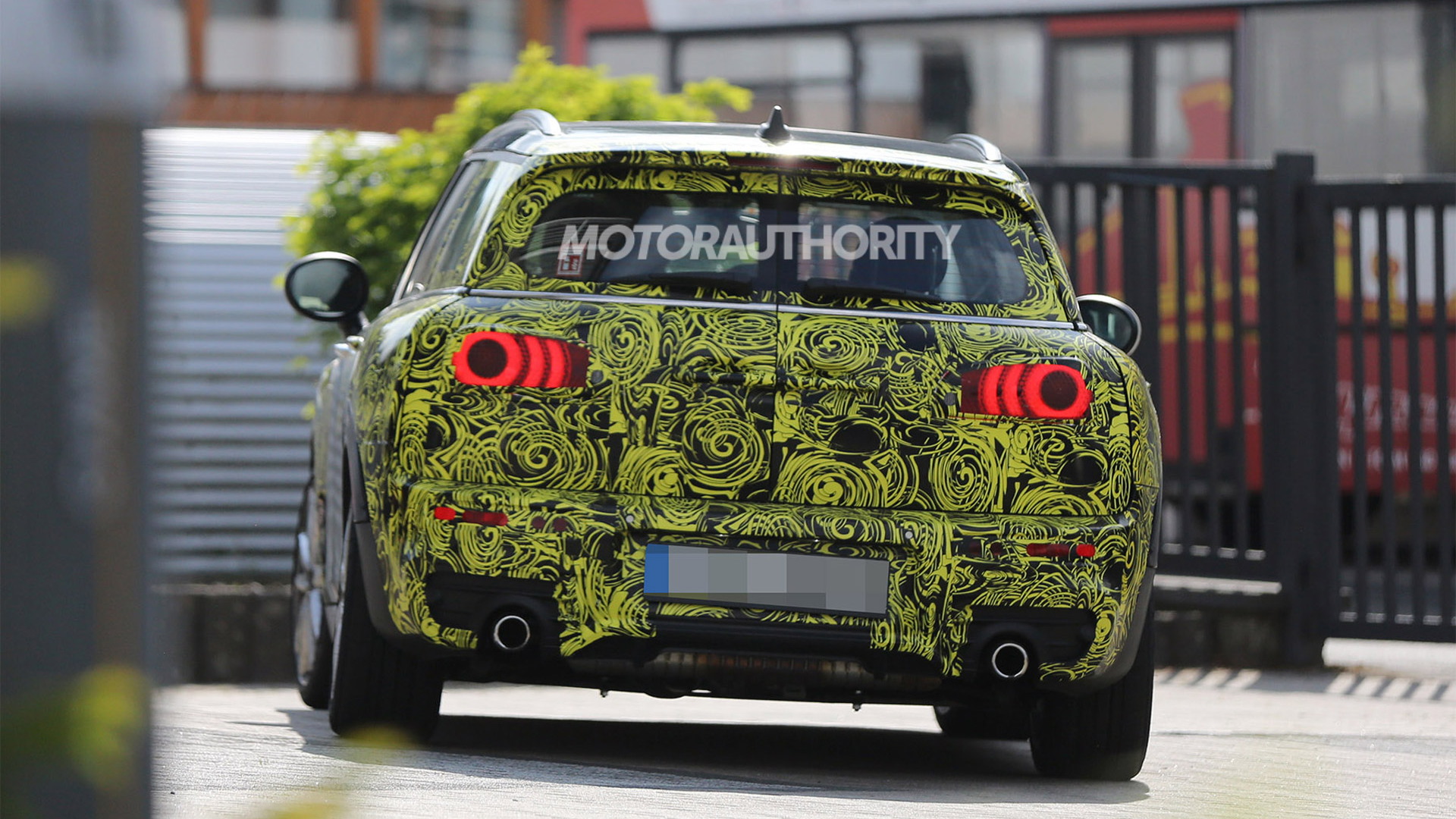 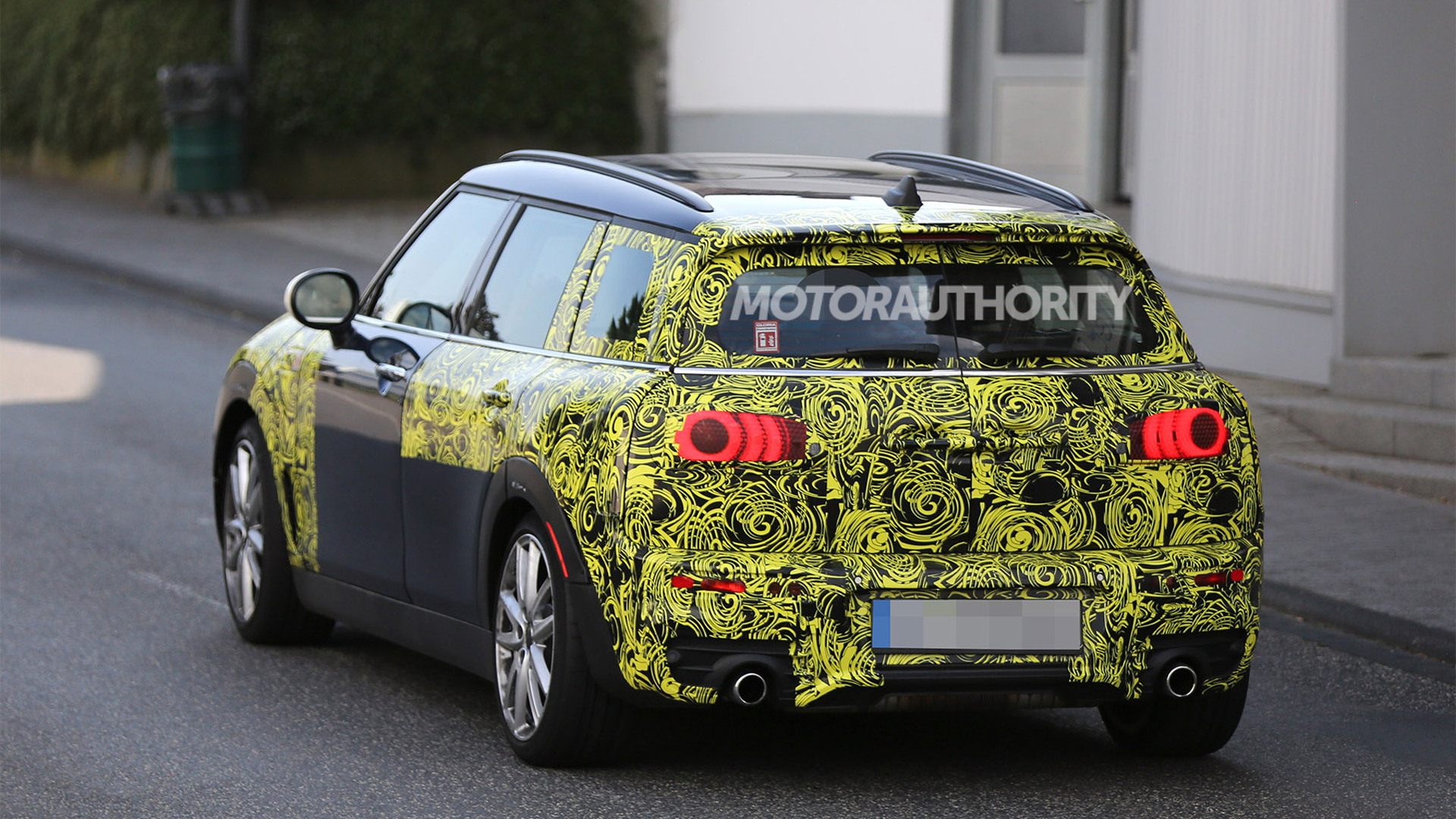 Despite the introduction of the Hardtop 4 Door (a 5 Door for other markets), there are no plans to phase out MINI's existing extra-versatile variant, the Clubman. Our latest spy shots show a prototype for the second-generation MINI Clubman, which is expected to make its debut in the coming months.

Previewed at the 2014 Geneva Motor Show in concept form, the new Clubman will keep its signature split tailgate but see its single suicide-style rear door replaced by two conventional rear doors. The new Clubman will also feature different tail lights compared to those used on the third-gen MINI Hardtop, with which it will share the BMW Group’s new UKL front-wheel-drive platform.

Another major change is the size of the vehicle. As confirmed by the concept, the new Clubman will be almost as big as a BMW 3-Series Sports Wagon. The stretched version of the UKL platform it will ride on is also being used by the recently revealed BMW 2-Series Gran Tourer.

MINI’s third-gen Cooper was launched with a 1.5-liter three-cylinder engine delivering approximately 134 horsepower and 162 pound-feet of torque (169 lb-ft with overboost function) in the base model, while a 2.0-liter four-cylinder offers 189 hp and 206 lb-ft (221 lb-ft with overboost) in Cooper S trim. It’s likely the same engines will feature in the new Clubman. Further down the track, a more potent John Cooper Works model packing at least 228 hp and 236 lb-ft will be launched.

Buyers can also expect some new safety features. Offered across the latest MINI lineup, these include a head-up display, collision and pedestrian warning systems, a parking assistant, and a speed limit information system.

Look for the new MINI Clubman to reach showrooms late this year or early next, as a 2016 model. A debut could take place at the 2015 Frankfurt Auto Show in September. Other new MINIs in the works include a new Convertible, a new generation of the Countryman plus a new sports model to replace both the MINI Coupe and Roadster.