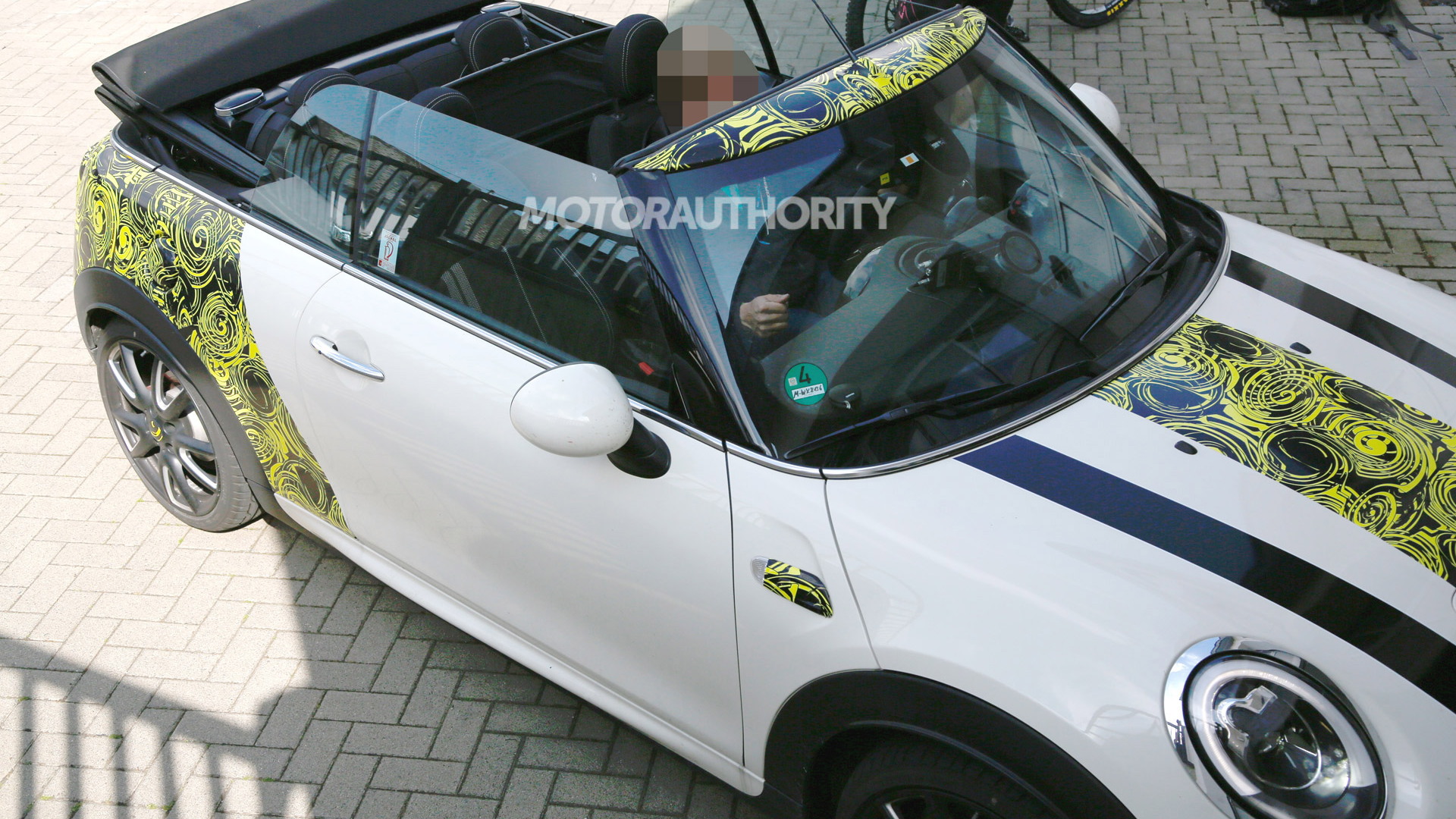 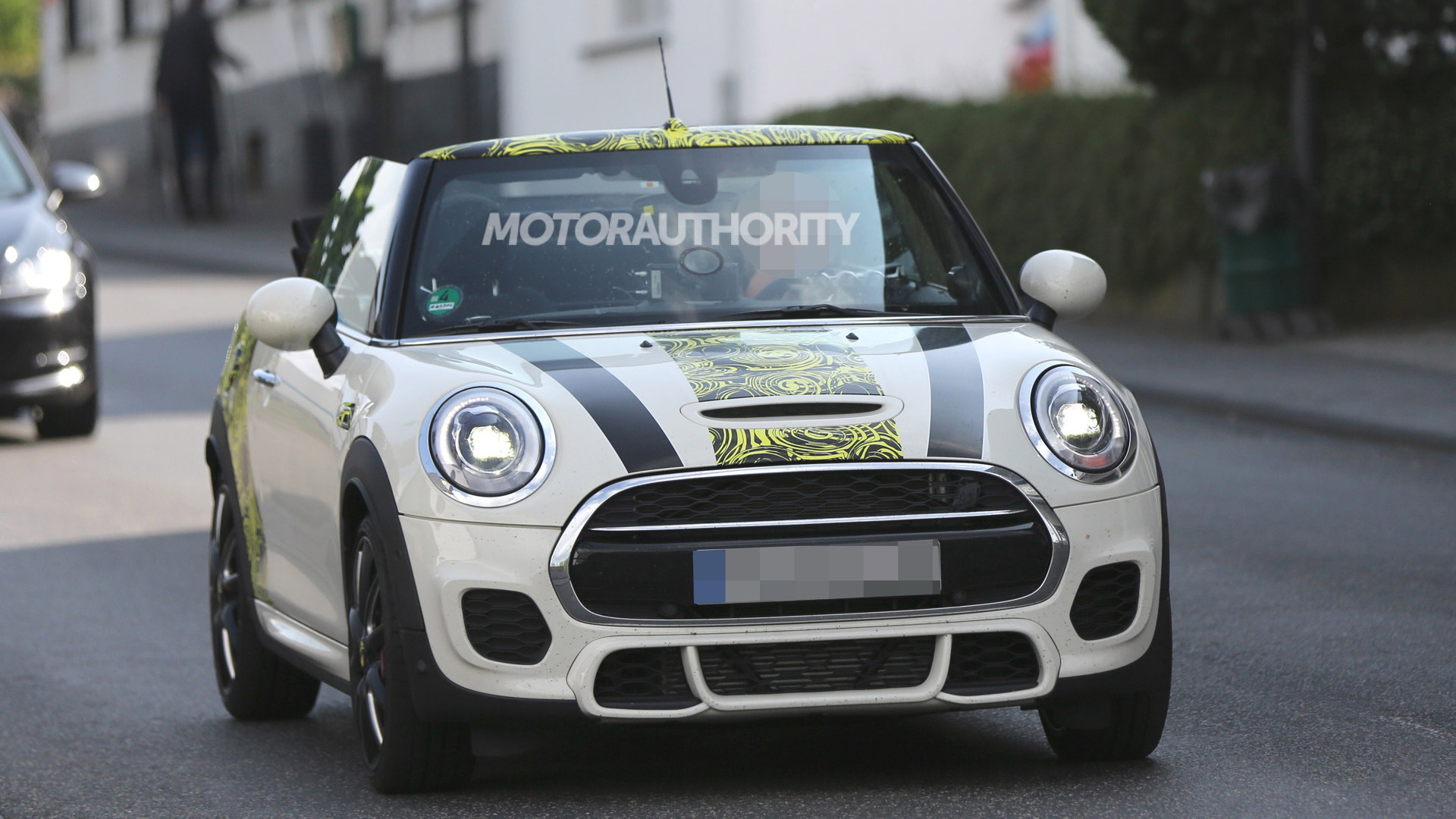 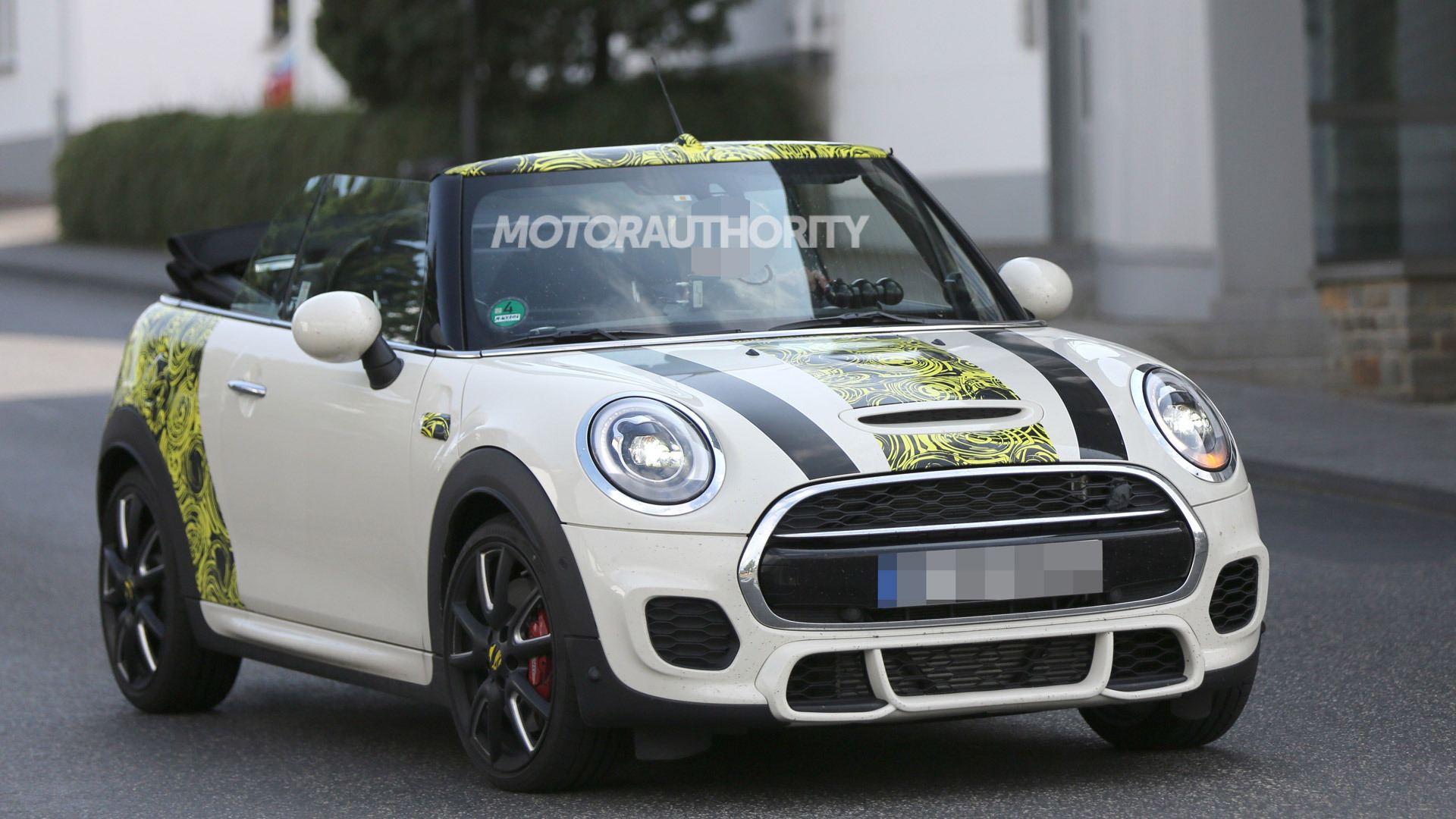 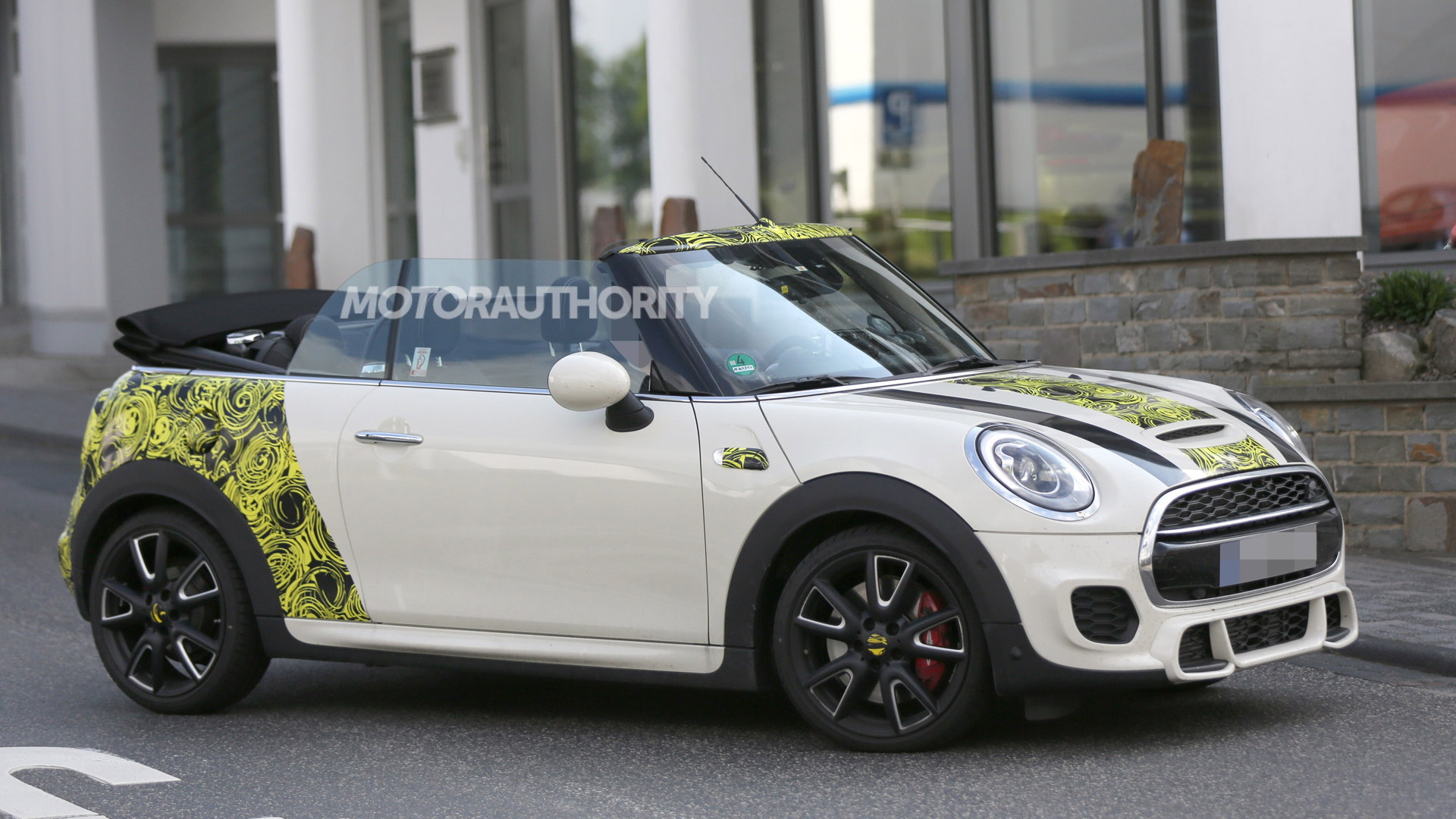 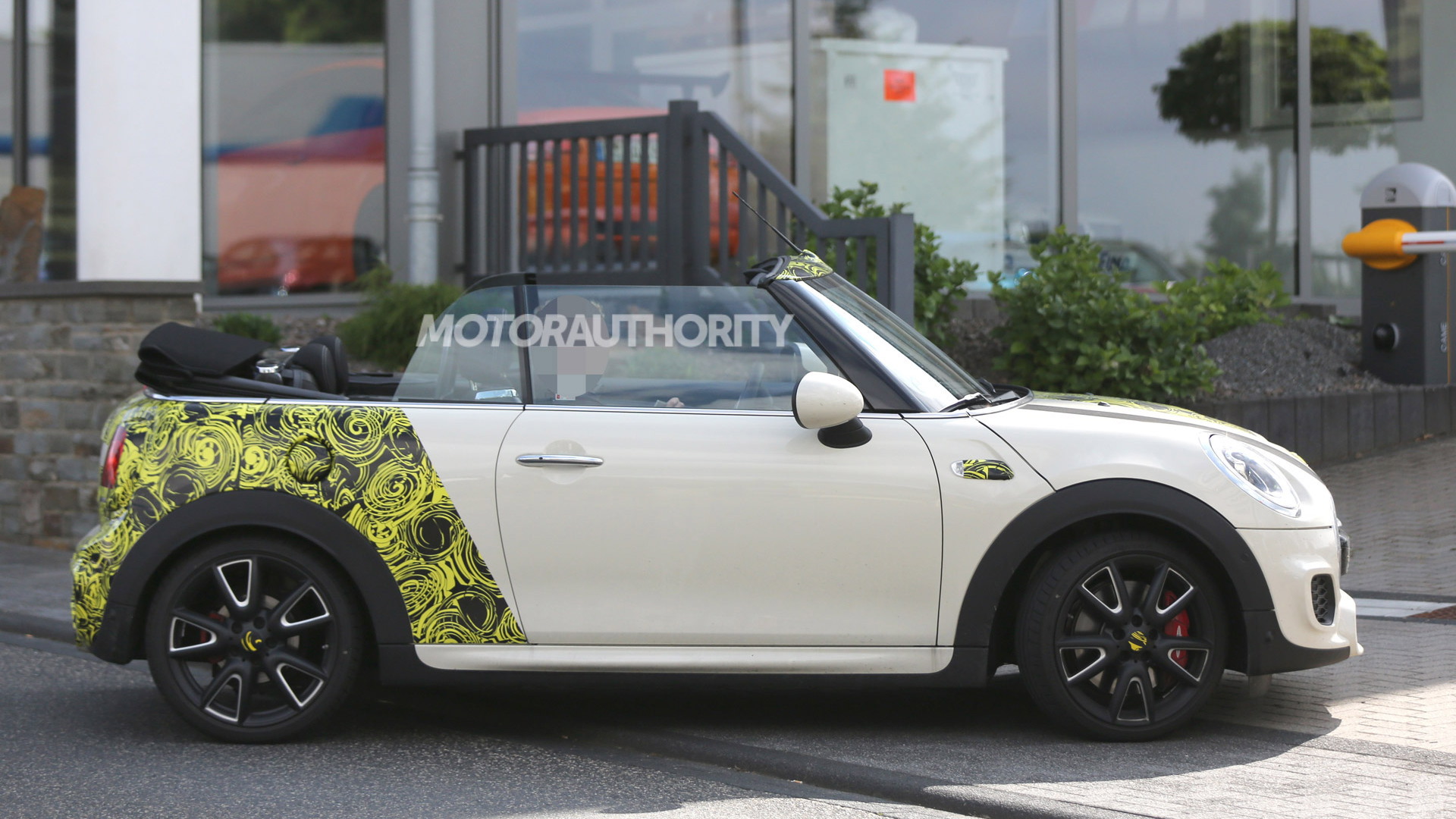 MINI’s third-generation Hardtop has been on sale for more than a year now, but those hoping to order the convertible version have a little while longer to wait. Engineers are still fine-tuning the car ahead of its auto show debut later this year. We expect the new MINI Convertible to eventually arrive in showrooms late this year or early next, as a 2016 model.

It doesn’t appear MINI will be pulling any surprises with the car; an automatic folding soft top will remain and the interior should be virtually identical to the one fitted to the regular Hardtop, which means MINI’s signature round clusters including the central display (pictured below). With the new generation, road speed and revs along with other key driving-related information is now shown in an instrument cluster mounted behind the steering wheel.

The car will also get a MINI Controller dial located next to the gear stick, which will allow the driver many of the infotainment options. More space will be available too, as the UKL platform underpinning the car is longer and wider than the one found in the outgoing model.

Buyers can also expect some new safety features thanks to the adoption of the UKL platform. These will include an available head-up display as well as a backup camera, collision and pedestrian warning systems, a parking assistant and even a speed limit information system.

MINI’s third-gen Cooper Hardtop was launched with a 1.5-liter three-cylinder engine delivering approximately 134 horsepower and 162 pound-feet of torque (169 lb-ft with overboost function), while a 2.0-liter four-cylinder offers 189 hp and 206 lb-ft (221 lb-ft with overboost) in Cooper S trim. It’s likely the same engines will feature in the new Convertible. Further down the track we may see a more potent John Cooper Works model packing at least 228 hp and 236 lb-ft.

Other new MINIs in the works include a new generation of the Clubman, a new Countryman crossover plus a new sports model to replace both the MINI Coupe and Roadster.