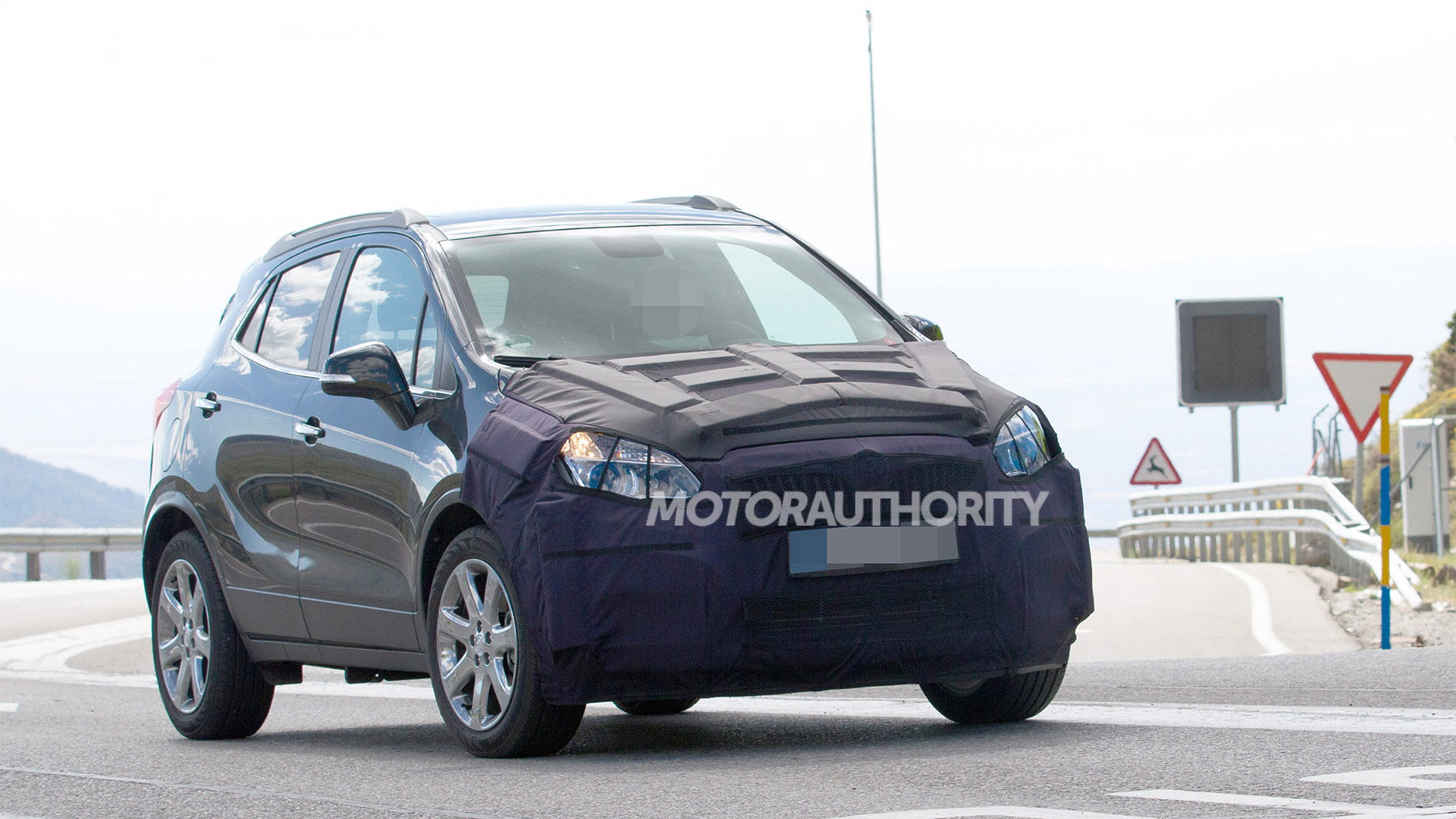 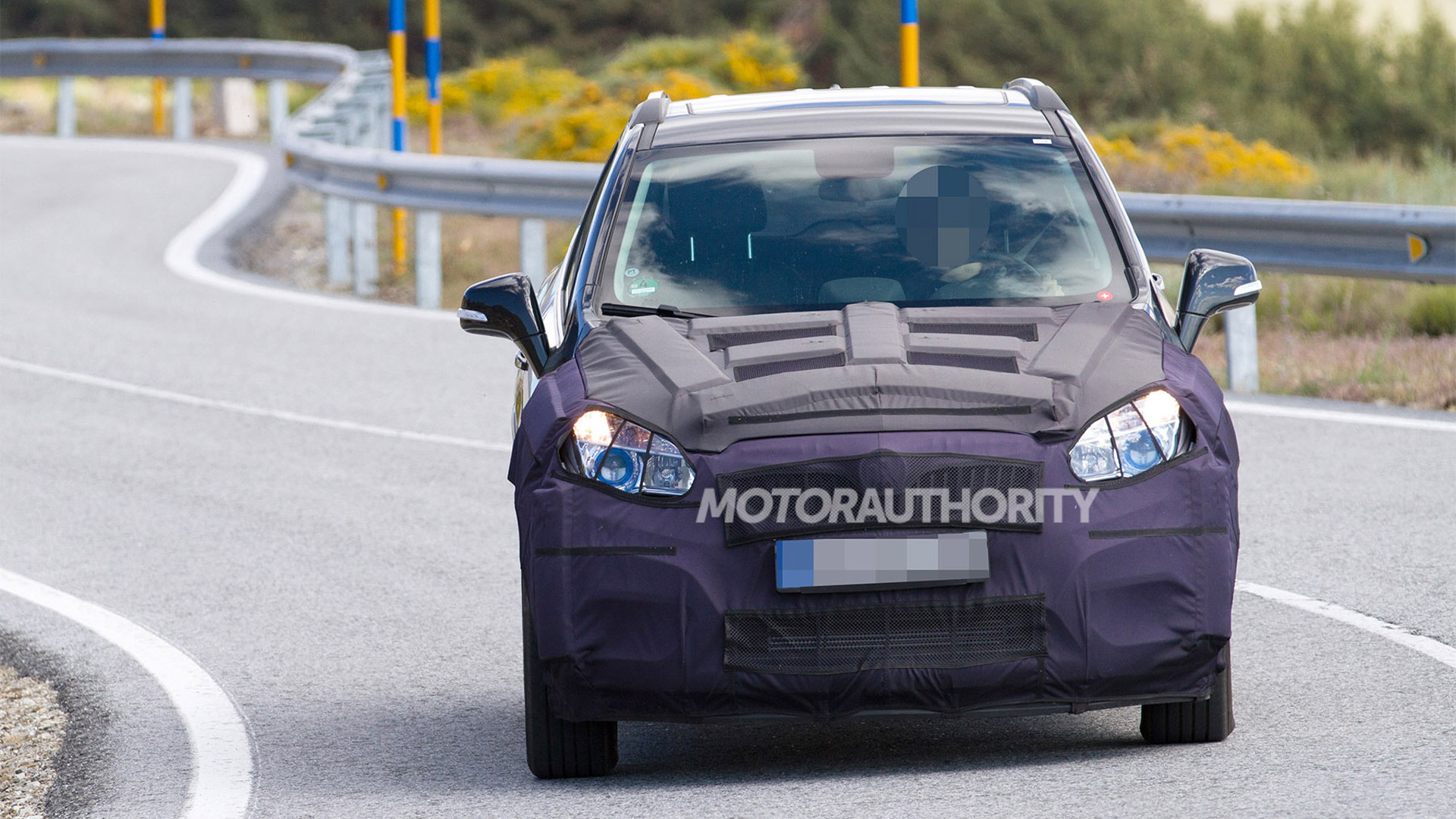 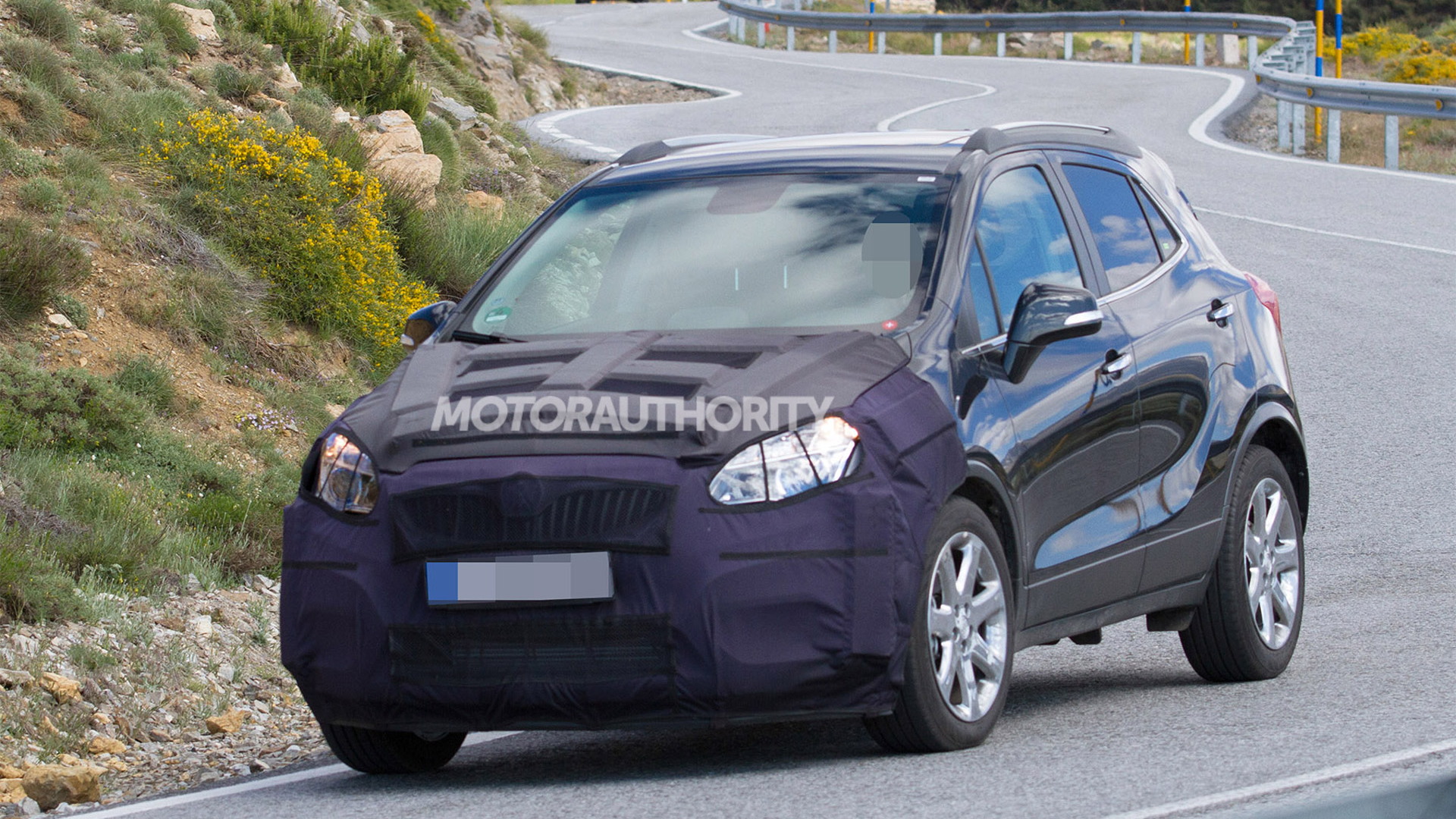 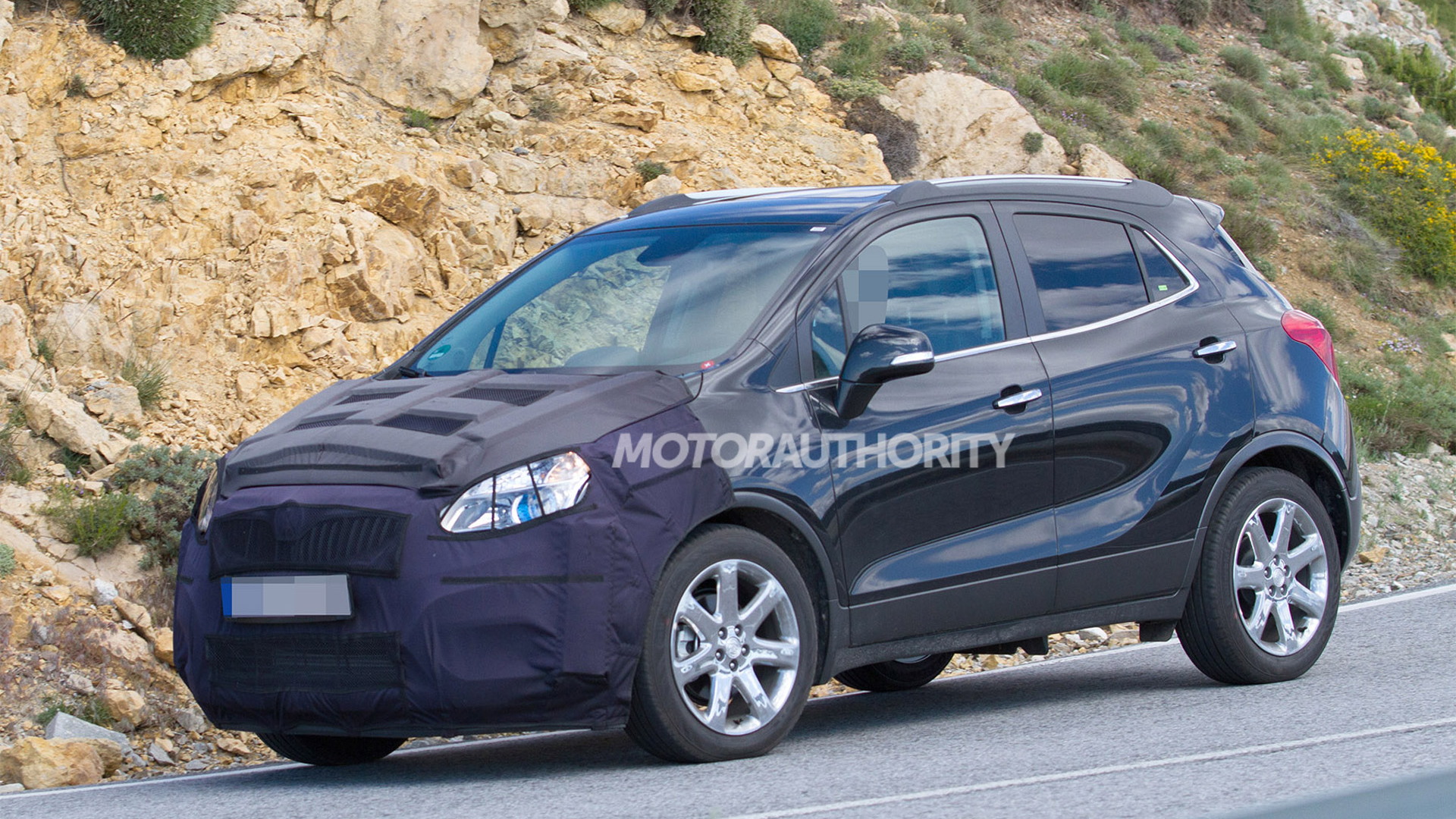 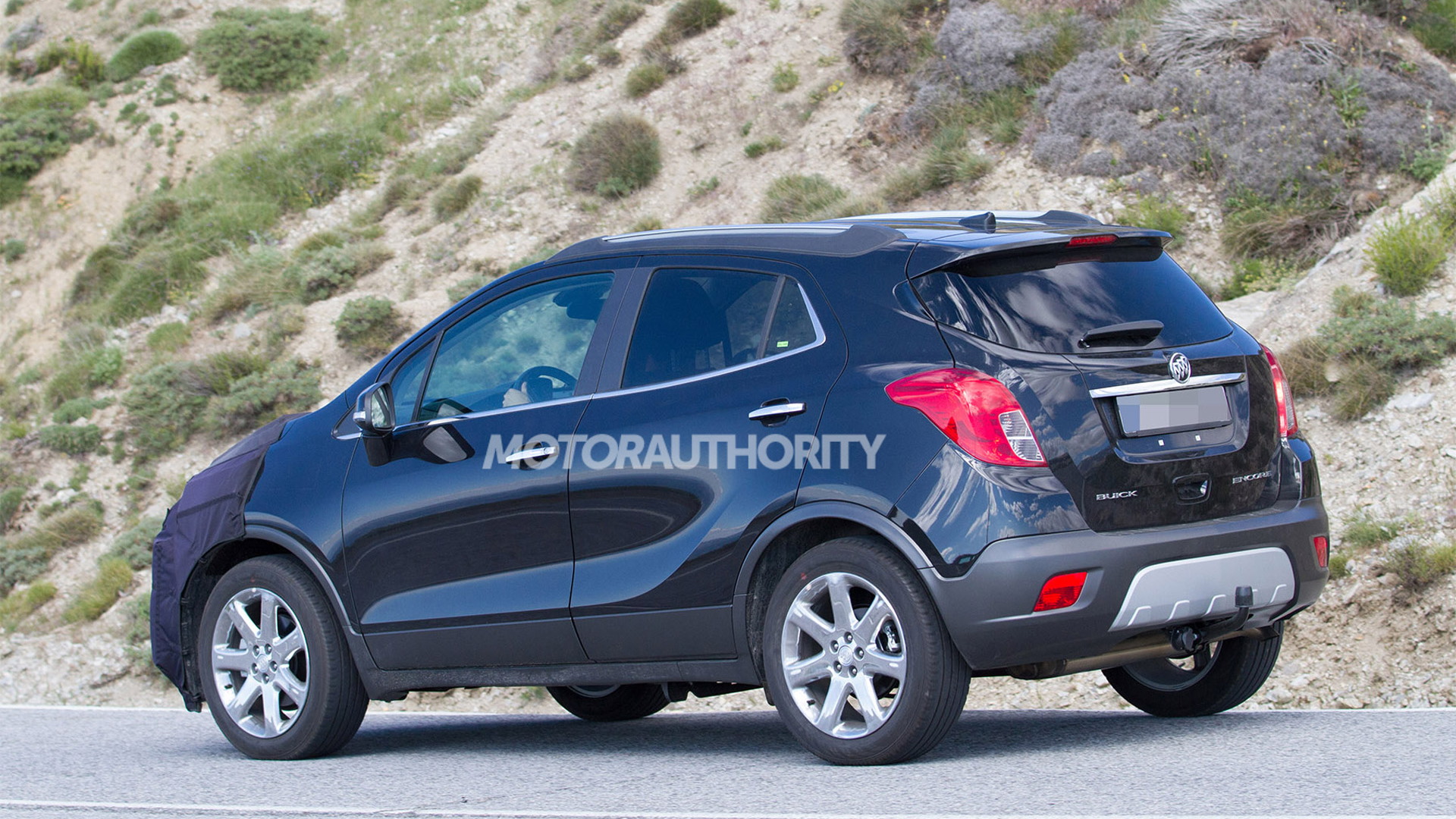 Buick’s Encore subcompact, launched in early 2013, arrived just in time to take advantage of a splurge in demand for smaller, more fuel-efficient crossovers. Buick sold 138,218 of them globally in 2014, a staggering 42 percent rise on sales numbers just one year prior, and this year is shaping up to be even better.

Nevertheless, to ensure the Encore stays fresh and features the latest technology, Buick will introduce an updated model next year. A prototype for the vehicle has just been spotted testing in Europe. Though Buicks aren’t sold in Europe, the Encore is twinned by a model called the Mokka sold by General Motors Company’s [NYSE:GM] European arm Opel, so it’s not unusual to see development taking place across the pond.

We’re expecting only minor visual changes for the Encore as this only represents a mid-cycle update. The camouflage gear on this prototype suggests a few tweaks to the headlights, new bumpers and possibly a new grille. Look for the fog lights to sport a similar design to the one on Buick’s Envision small crossover, which is due in the U.S. later this year, as a 2016 model. This updated Encore will arrive sometime next year, as a 2017 model.

It’s not clear what powertrains will be offered in the 2017 Encore, though we could see the vehicle adopt GM’s latest EcoTec range of engines. These engines should also appear in the next-generation version of Buick’s Verano compact sedan, also due as a 2017 model.

The current Encore is powered exclusively by the same turbocharged 1.4-liter four-cylinder that's available in several Chevrolets including the Trax, the Encore’s corporate cousin. Incidentally, an updated version of the Trax should appear shortly after the updated Encore makes its debut.