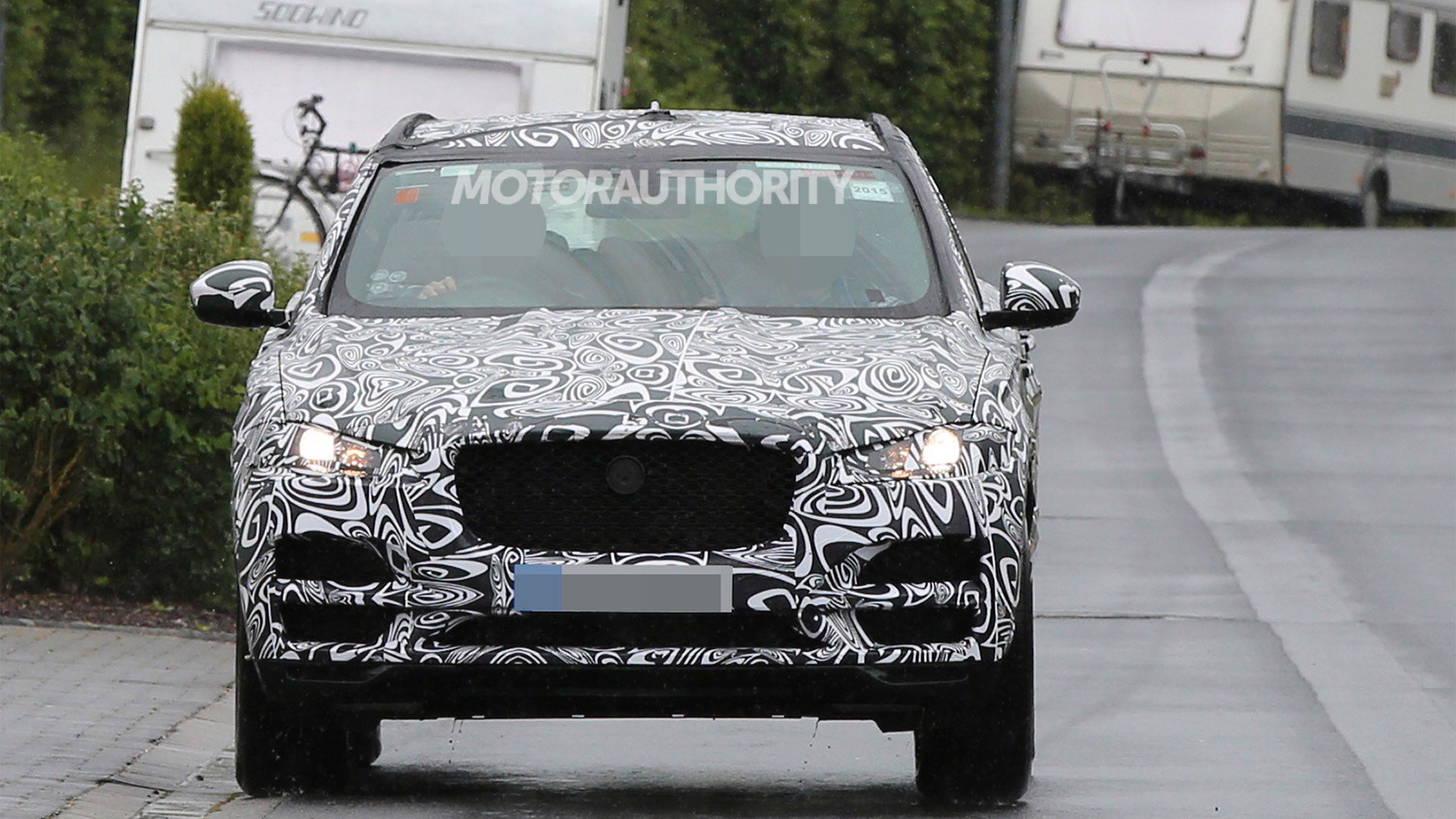 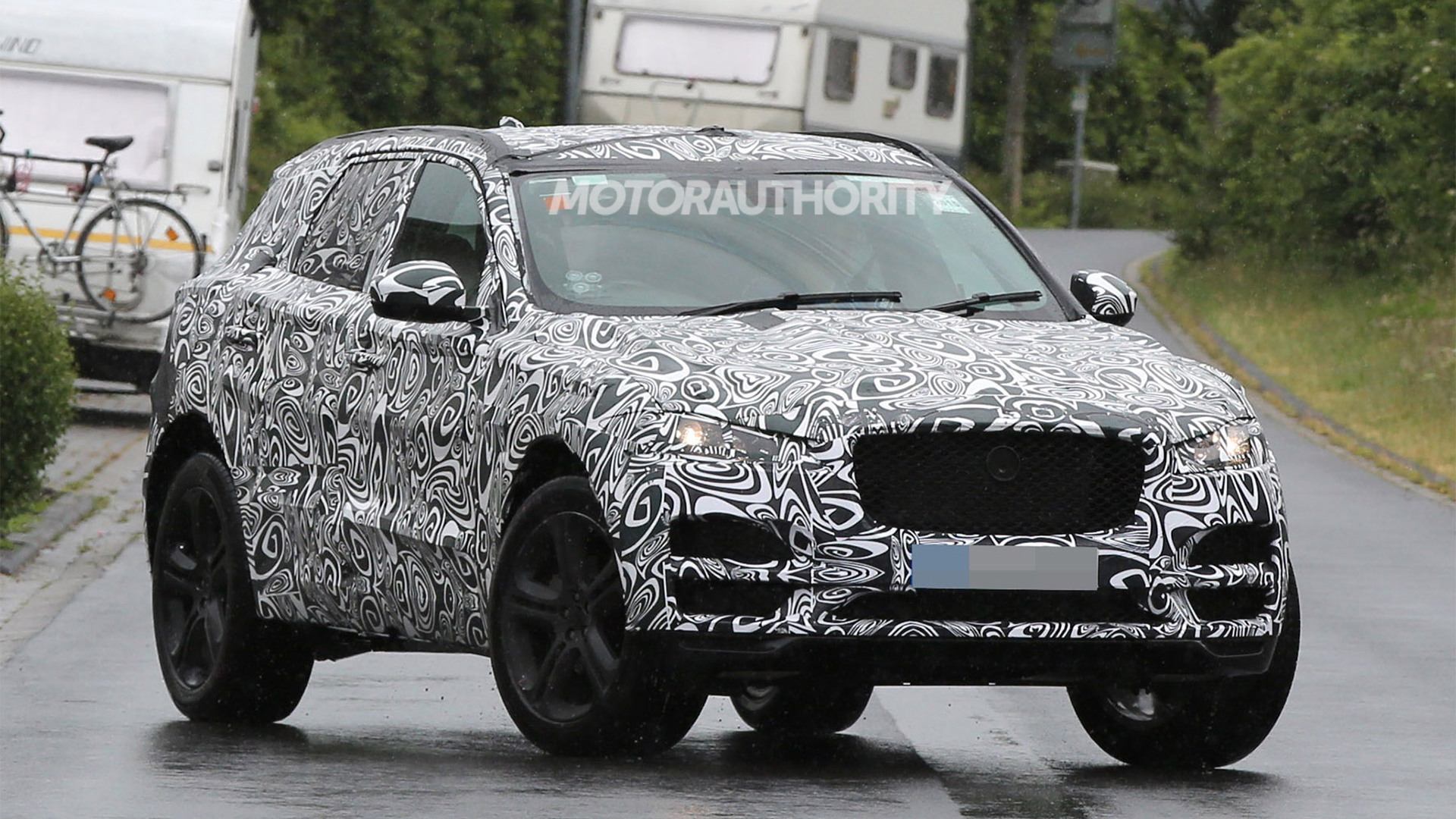 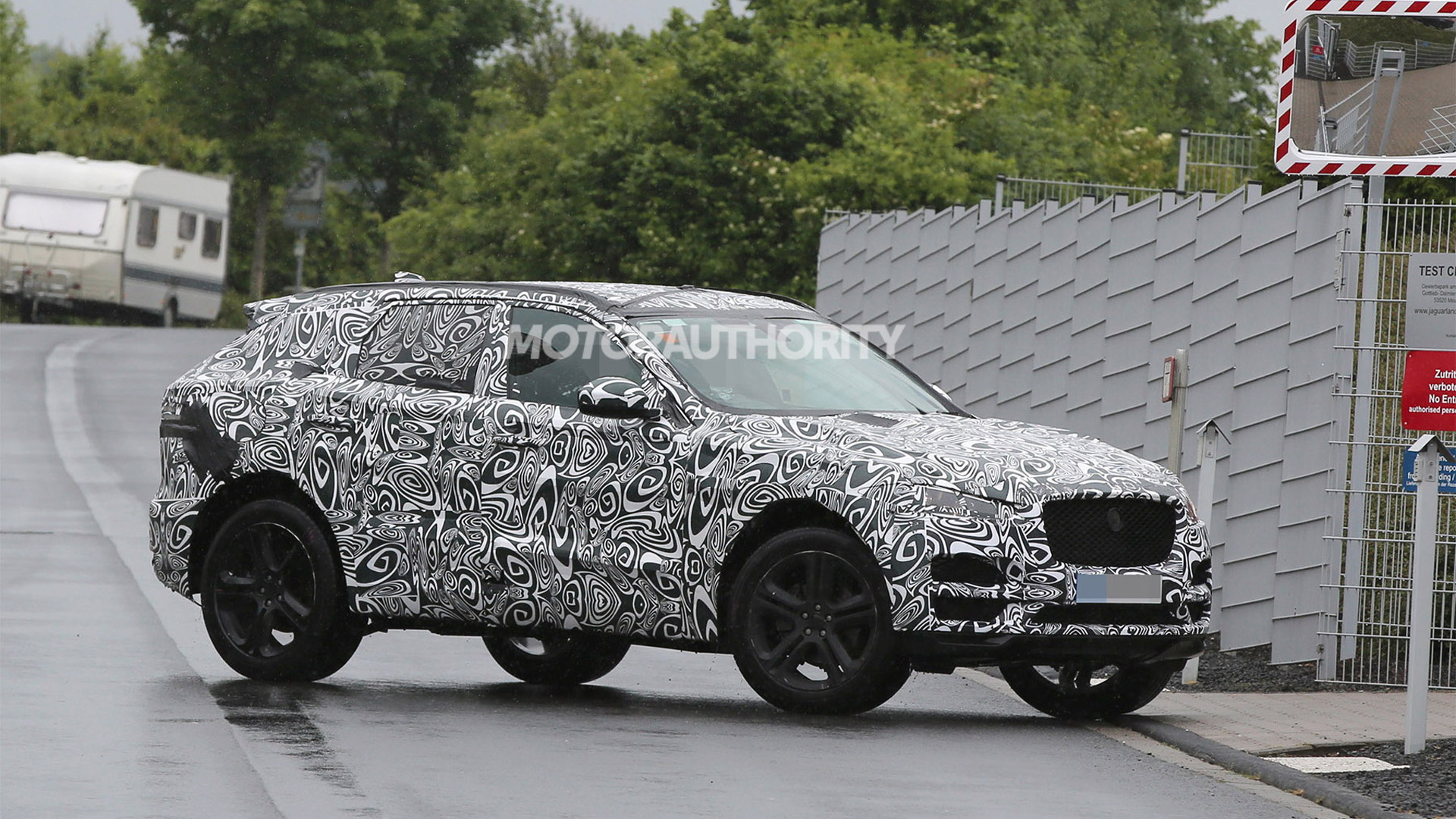 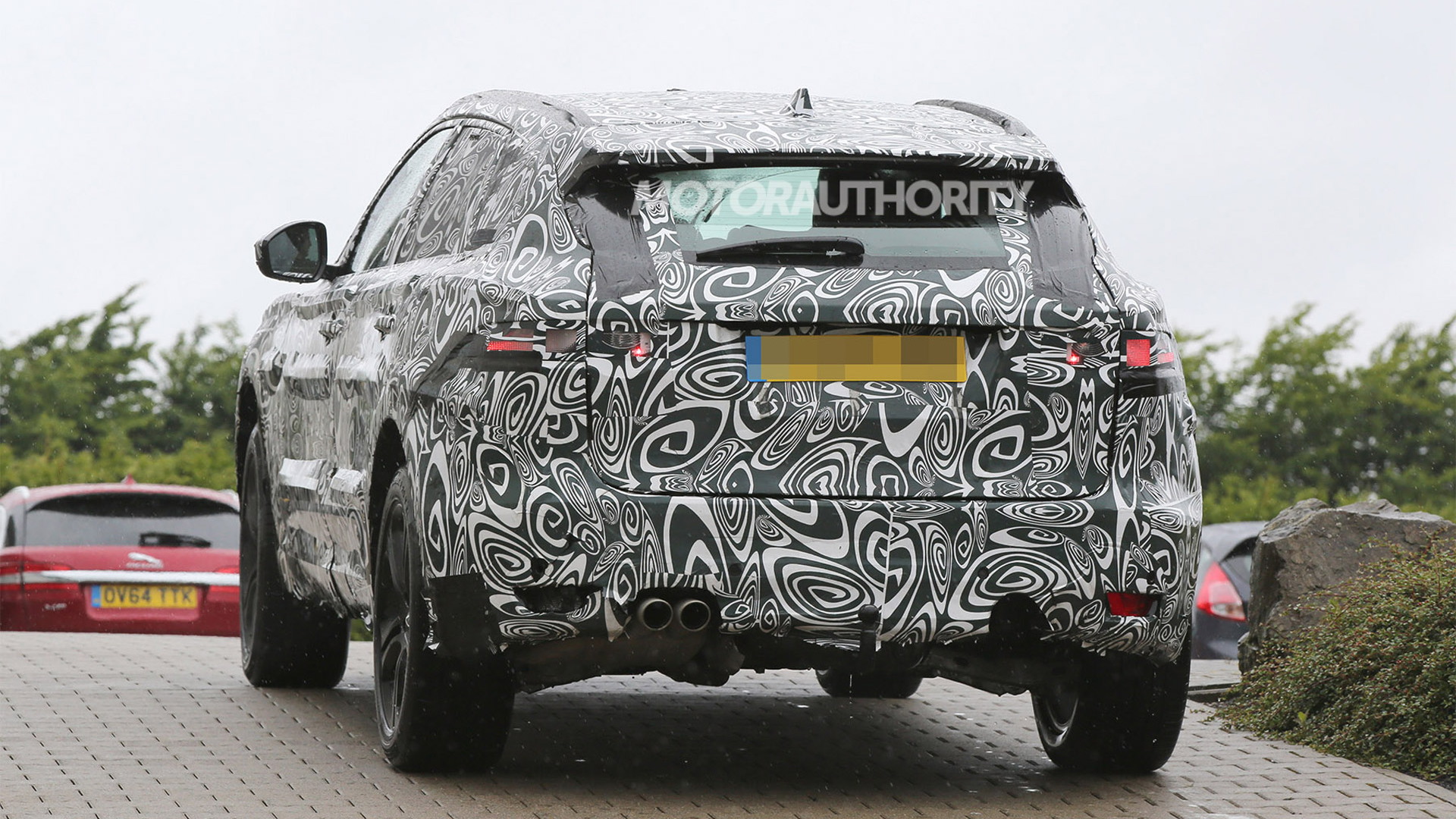 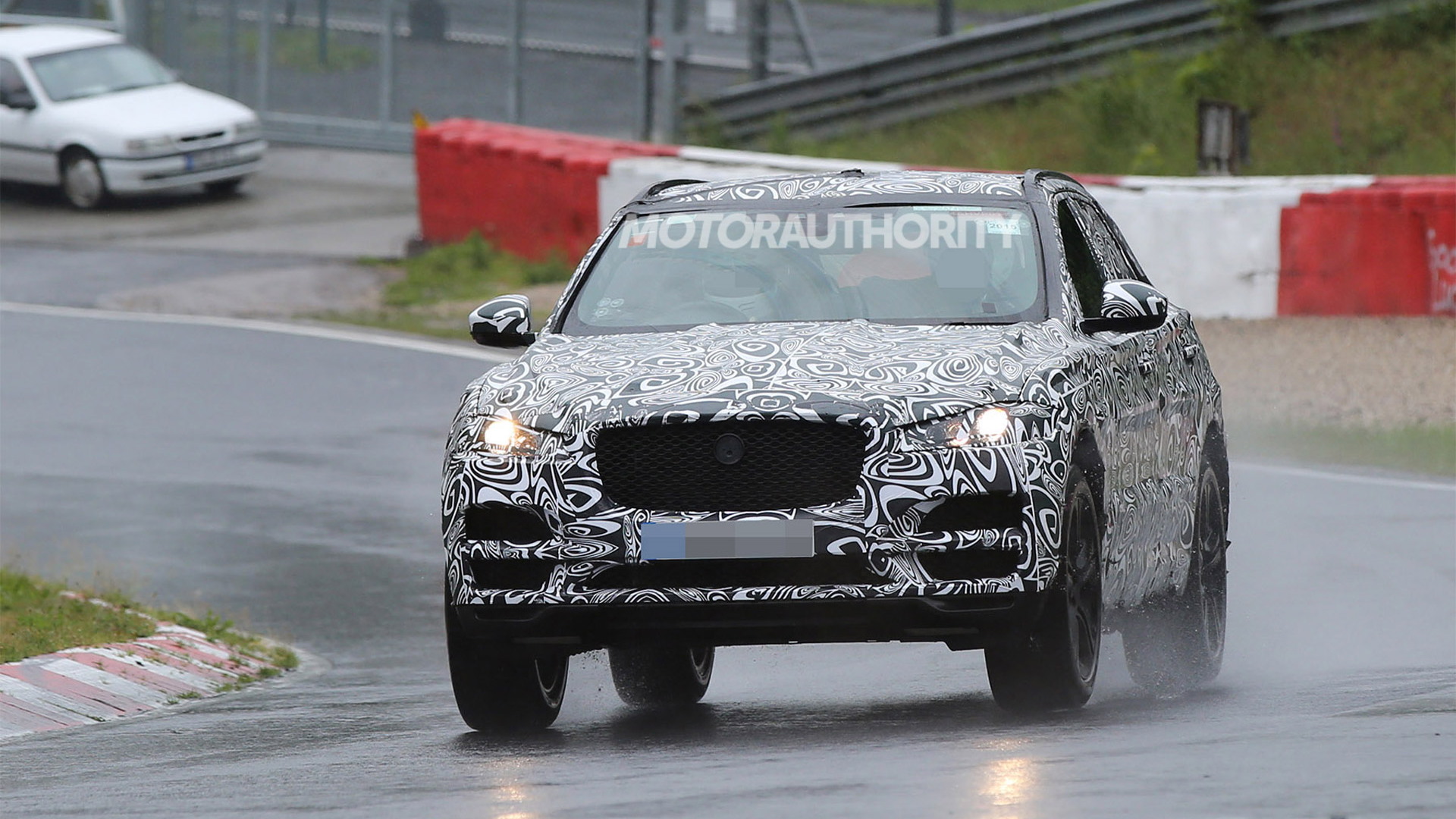 These are the latest spy shots of Jaguar’s upcoming SUV based on the C-X17 concept first shown at the 2013 Frankfurt Auto Show. Previously thought to be an XQ or Q-Type, Jaguar has since confirmed that it’s first-ever high-riding model will be called an F-Pace. While the name might be a bit of an odd choice—Jaguar says it picked F-Pace to link the new SUV with the F-Type sports car—we’re glad to report that the production version appears almost identical to the handsome concept.

Faithfully transferred to the production model are the concept’s muscular haunches and taut surfaces, as well as its slit-like lights. For the interior, a previous spy shot revealed a dash layout that resembles the one in the 2017 XE sedan. Key elements will be a rotary dial and a central display screen for Jaguar’s new InControl infotainment system.

The F-Pace will take on the Audi Q5, BMW X3 and new Mercedes-Benz GLC in the premium small crossover segment but will be set apart by brilliant dynamics and fuel efficiency made possible by lightweight aluminum construction. Underpinning the vehicle is Jaguar Land Rover’s iQ[Al] platform that debuted in the XE and also underpins the recently revealed 2016 XF.

Derived from the Premium Lightweight Architecture used by Land Rover, the iQ[Al] is a scalable vehicle platform designed not only to be light but also extremely stiff. It’s also been designed to incorporate innovative efficiency technologies such as diesel, plug-in hybrid and even battery-powered electric powertrains, and it also features some pretty sophisticated chassis technology like Instinctive All-Wheel Drive and All Surface Progress Control.

Standard powertrains in the F-Pace will include Jaguar’s Ingenium range of turbocharged 2.0-liter four-cylinders, and the automaker’s supercharged 3.0-liter V-6. At launch in the U.S. we’re likely to see the F-Pace’s engine lineup mirror that of the XE, which means a base 2.0-liter diesel and more potent supercharged 3.0-liter V-6. An eight-speed automatic is expected to be the only transmission.

Production of the F-Pace will be handled at Jaguar Land Rover’s Solihull plant in the U.K., following a world debut at the 2015 Frankfurt Auto Show this September. Sales should start in 2016, with the vehicle arriving as a 2017 model.