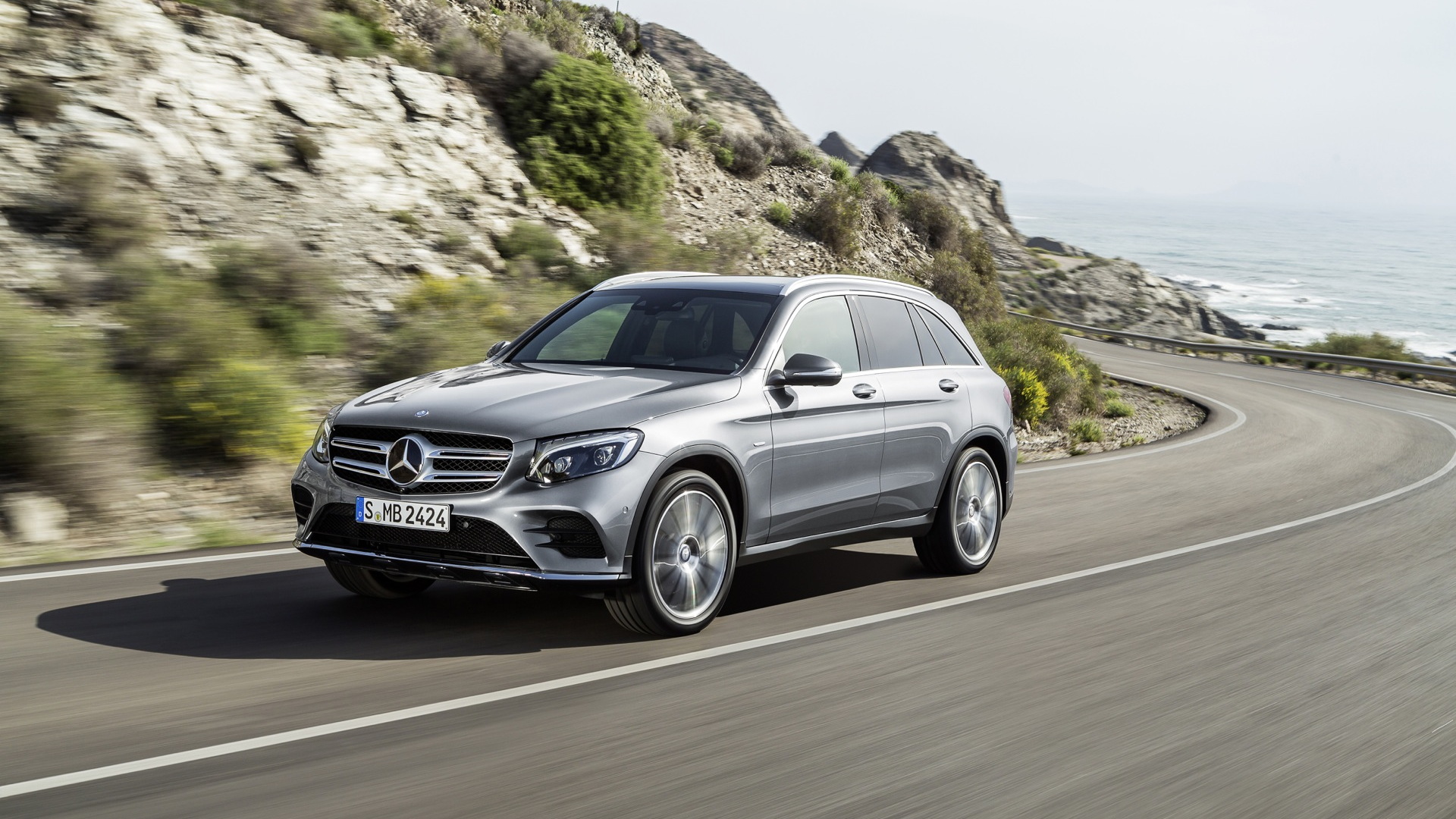 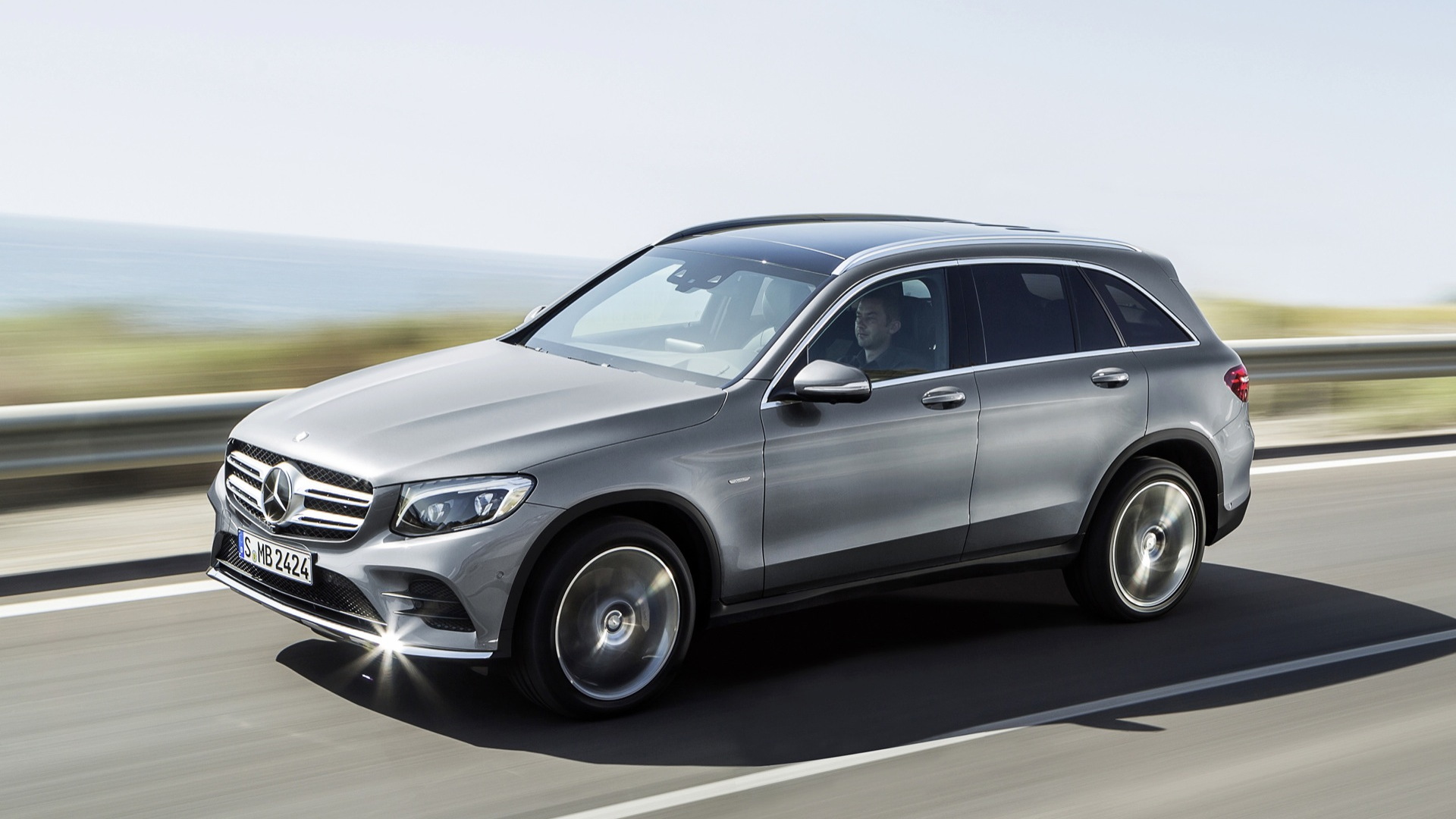 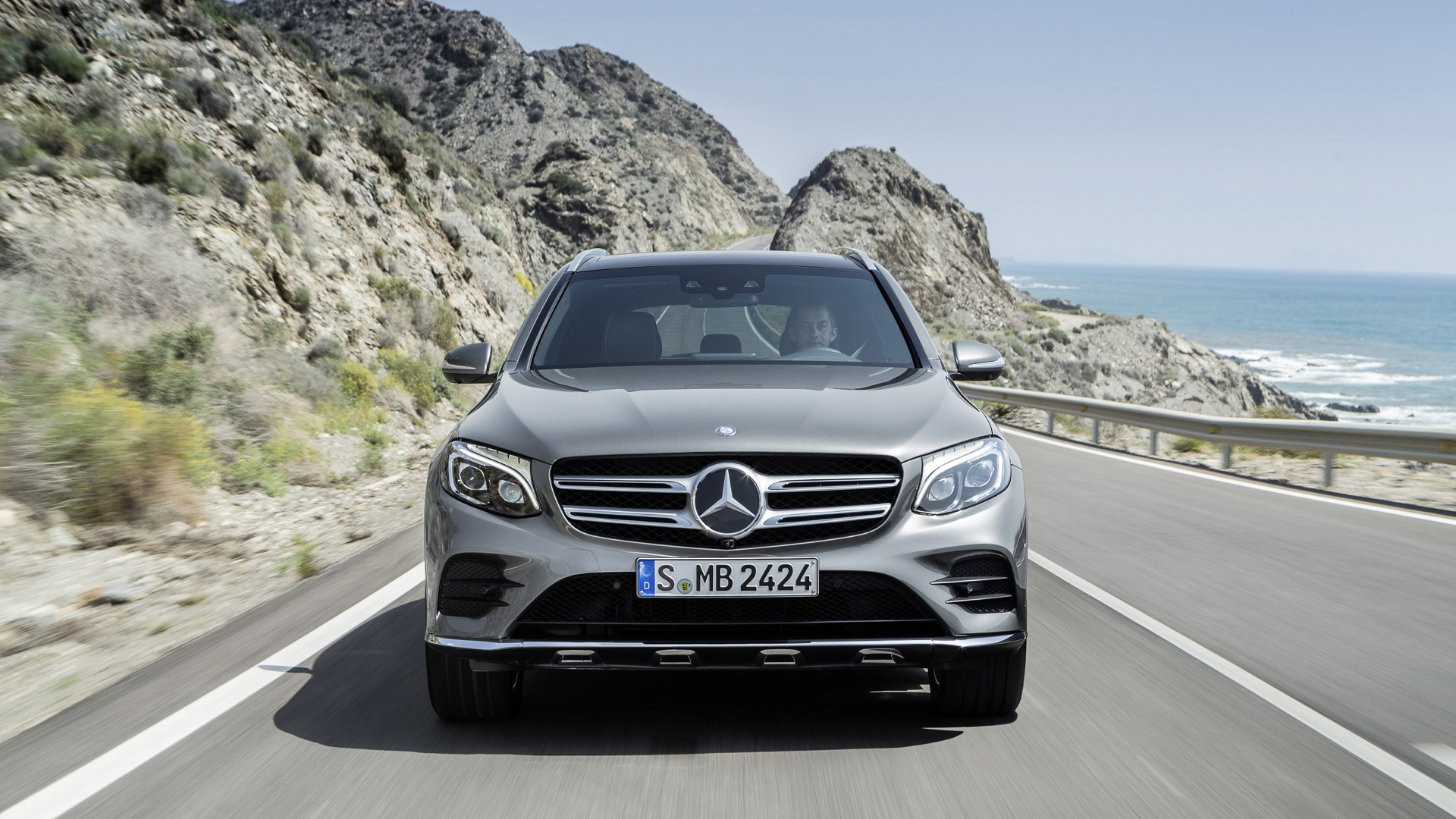 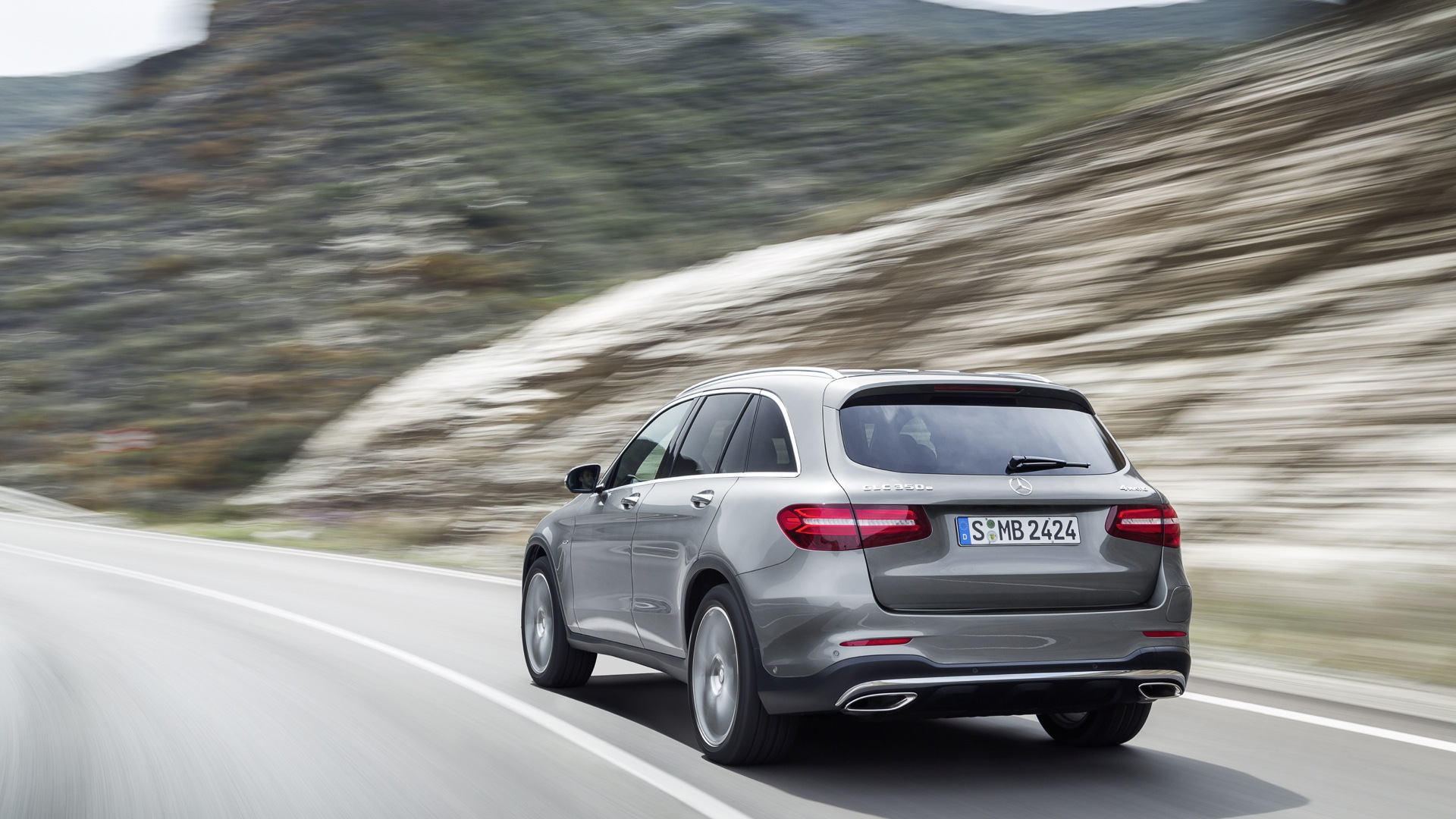 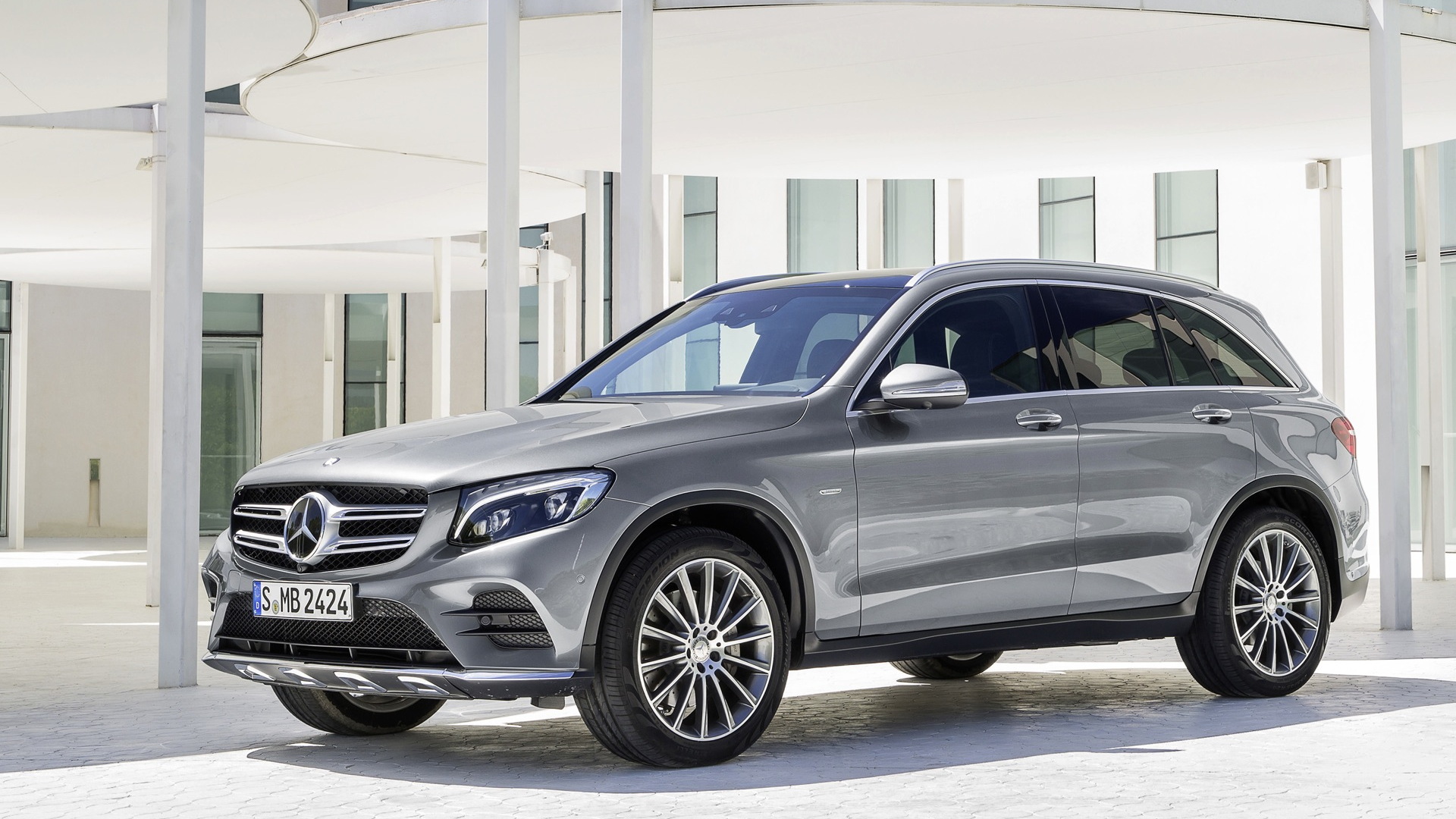 Mercedes-Benz’s boxy GLK has been replaced by a rounder, much smoother successor badged the GLC, and beyond its handsome exterior the latest small SUV out of Stuttgart represents a big step forward on several fronts. This is made possible by the modular platform that underpins the GLC. The same rear-wheel-drive architecture is found in the latest C-Class, and is destined to underpin most of Mercedes’ lineup over the coming decade.

As for the new GLC, it will reach showrooms this November, as a 2016 model. It will arrive with just two variants, a rear-wheel-drive GLC300 and an all-wheel-drive GLC300 4Matic, but more are planned including frugal diesel and plug-in hybrid variants as well as a high-performance GLC63 4Matic from the Mercedes-AMG skunk works. A new GLC Coupe is also in the works.

The bodyshell of the GLC is significantly larger than the one on the GLK (length is up 4.6 inches), and the vehicle packed with loads more tech, and yet it is around 110 pounds lighter than its predecessor. This is made possible due to the multi-material construction of the car’s MRA platform, which strategically incorporates materials such as high-strength steel and aluminum to improve strength while at the same time reduce weight.

The interior builds on the impressive design of the closely-related C-Class. A key focus of the design is the dashboard and the center console with its flowing lines and large, one-piece panel performing an elegant sweep from the center air vents to the armrest. A touchpad controller in the handrest over the rotary pushbutton nestles ergonomically in the center console, while info is relayed via a standard 7.0-inch fixed to the top of the dash.

Interior space is up compared to the GLK. Mercedes says almost all key comfort factors have been improved, with the rear bench getting the biggest improvements. The rear bench also features a 40/20/40 split, helping the GLC to deliver up to 56.5 cubic feet of storage space, 1.8 cubic feet more than in the GLK.

As mentioned above, just two variants will be available at launch, and they both feature the same engine, in this case Mercedes’ turbocharged 2.0-liter four-cylinder shared with the C-Class. Output remains capped at 241 horsepower and 273 pound-feet of torque, the latter produced between a wide band stretching from 1,300-4,000 rpm. The only transmission is a nine-speed automatic. Mercedes says other GLC variants will be introduced during the 2016 and 2017 model years.

Featured in the GLC, either as standard or available, are some pretty advanced items you don’t normally find in the segment. For example, there’s the Dynamic Select system that adjusts a number of aspects such as the steering, air suspension (when equipped), transmission shift points and throttle, and it comes with five separate modes including a programmable “Individual” mode.

Safety should be fully up to the high bar set by all the other latest Mercedes products. Mercedes-Benz’s Attention Assist (drowsy-driving alert) system is standard on the GLC, as is the Collision Prevention Assist Plus frontal warning system. With a Driving Assistance Package, the GLC adds Distronic Plus with Steering Assist, Pre-Safe Brake with pedestrian detection, BAS Plus with Cross-Traffic Assist, Active Blind Spot Assist, Active Lane Keeping Assist, and Pre-Safe Plus, a new feature that helps detect an impending rear-end collision and take protection measures. A surround-view camera system is also offered.

The new GLC makes its official debut at the 2015 Frankfurt Auto Show in September. We should have pricing and fuel economy numbers by then. To see what else will be at the German show, head to our dedicated hub.